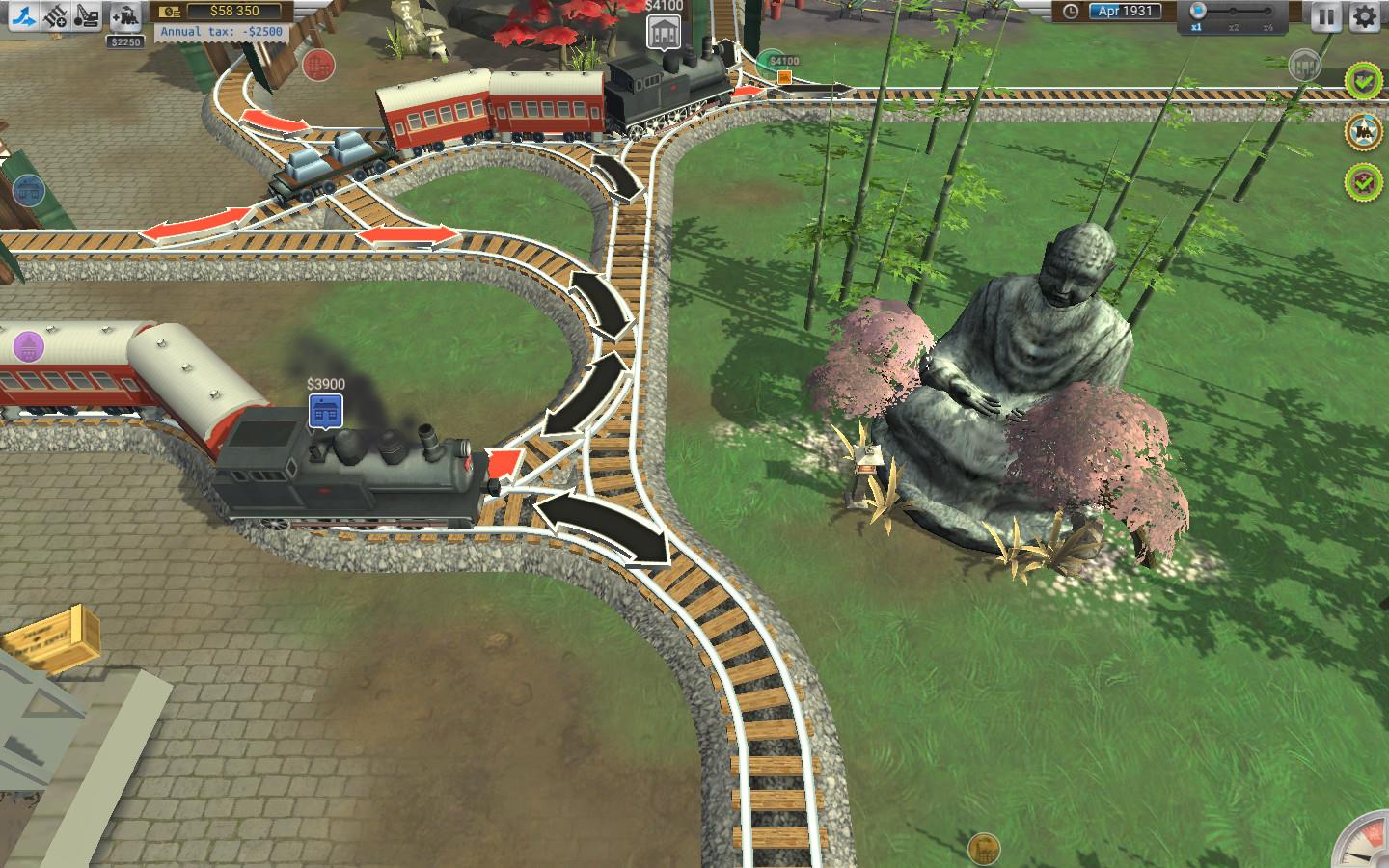 A quick story here to start things off. Stick with me, I'm going somewhere with this, and I'll keep the details to a minimum.

I was an exchange student to the Soviet Union (and then Russia) in 1990 and 1993. On those trips I took several train journeys across the country. These rail journeys allowed an awesome close-up view of the country outside of the major cities that visitors might not normally get, watching out the window as small villages slid past. It also terrified the hell out of me.

I'm not a great traveler; I don't like being in vehicles that I'm not actively operating. The trains in Russia terrified me, and though some of these trips were longer than 24 hours, I was completely unable to sleep the entire time. I keep picturing someone falling asleep at the switch, and our train careening head on with another on the same track, or sliding off a cliff in the middle of the night, or plowing into a cow on the snowy Russian countryside. My brain stayed on high alert the entire time, my adrenaline pumping away in anticipation of a disaster that never materialized. 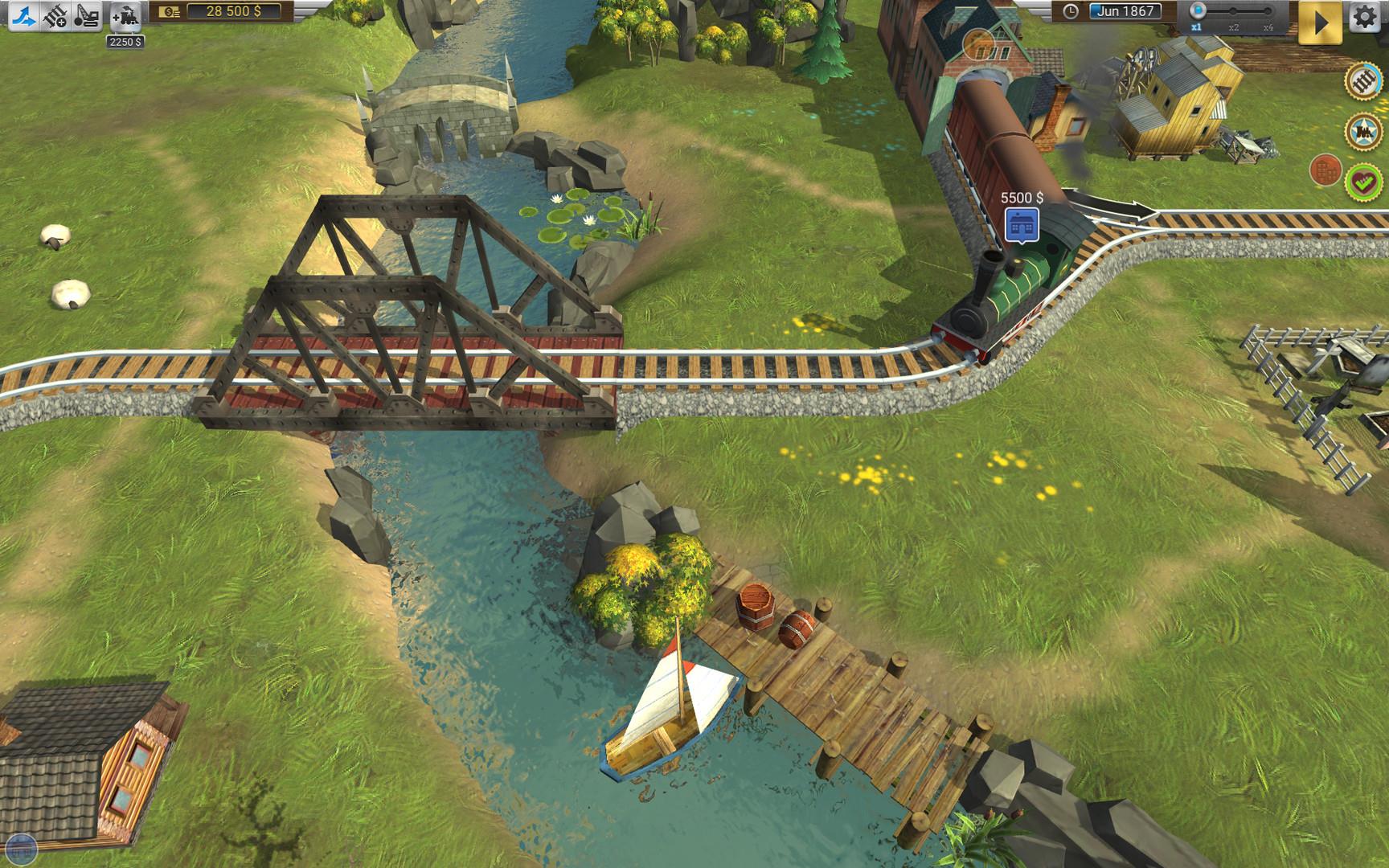 I'm sharing all of this because by playing Train Valley: Console Edition, I've determined that my fears were absolutely justified, and I am now convinced that indeed I was riding on the edge of death the entire time I was on the Russian rail system. Of course, that conviction isn't exclusive to Russia - I now believe that all rail systems are complex beyond belief, rivaling air traffic control with the way total disasters are narrowly averted as a matter of routine.

Train Valley - while it first appears to be a Sim-like management game - is actually more of an insidious and addictive puzzle game. In it, players are charged with moving trains between cities in beautifully designed settings modeled after real-world historic situations. 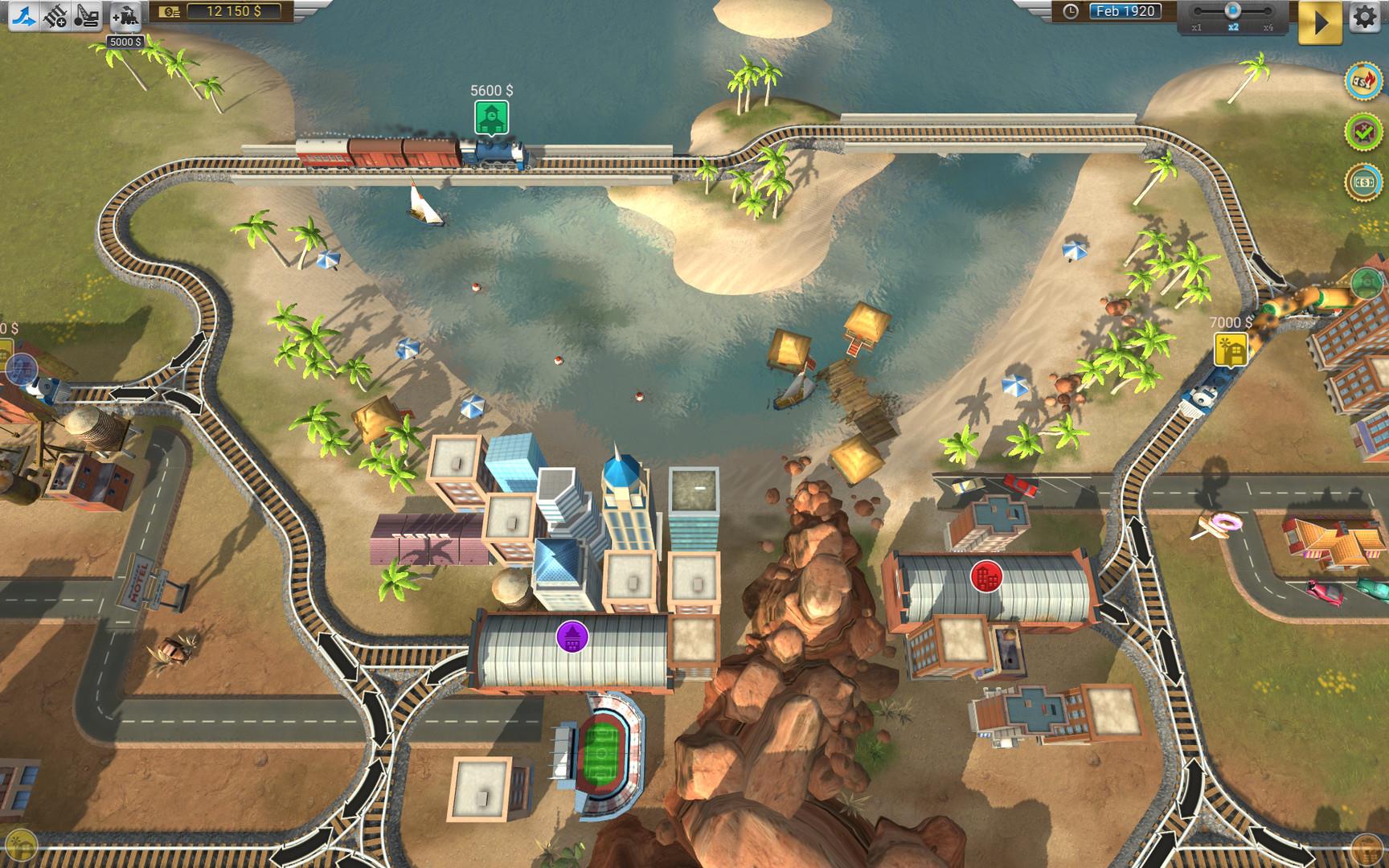 Here's how it works: Each map starts with two lonely cities on a map. The player must quickly lay down tracks between the two cities to move trains back and forth. But, with a train in City A and a train in City B, you can't just shoot them down the same track unless you want to watch them ram each other head-on in an orgy of fire and death. So you need two tracks, which necessitates switches. Now you can move two trains between the cities simultaneously, so long as you carefully manage the switches to make sure the trains aren't lurching towards each other.

But then another city pops up on the map, leading to an exponential increase in complexity. Now instead of two possible routes to manage, you have six. And then another city appears. And another. And another. Trains start appearing in each city willy-nilly, wanting to make their way to other specific cities. Very quickly, the player ends up with routes inside routes, and switches galore. The entire Frankenstein system is completely of your own making, which leads to a lot of cursing at your past self for your own foolish decisions. 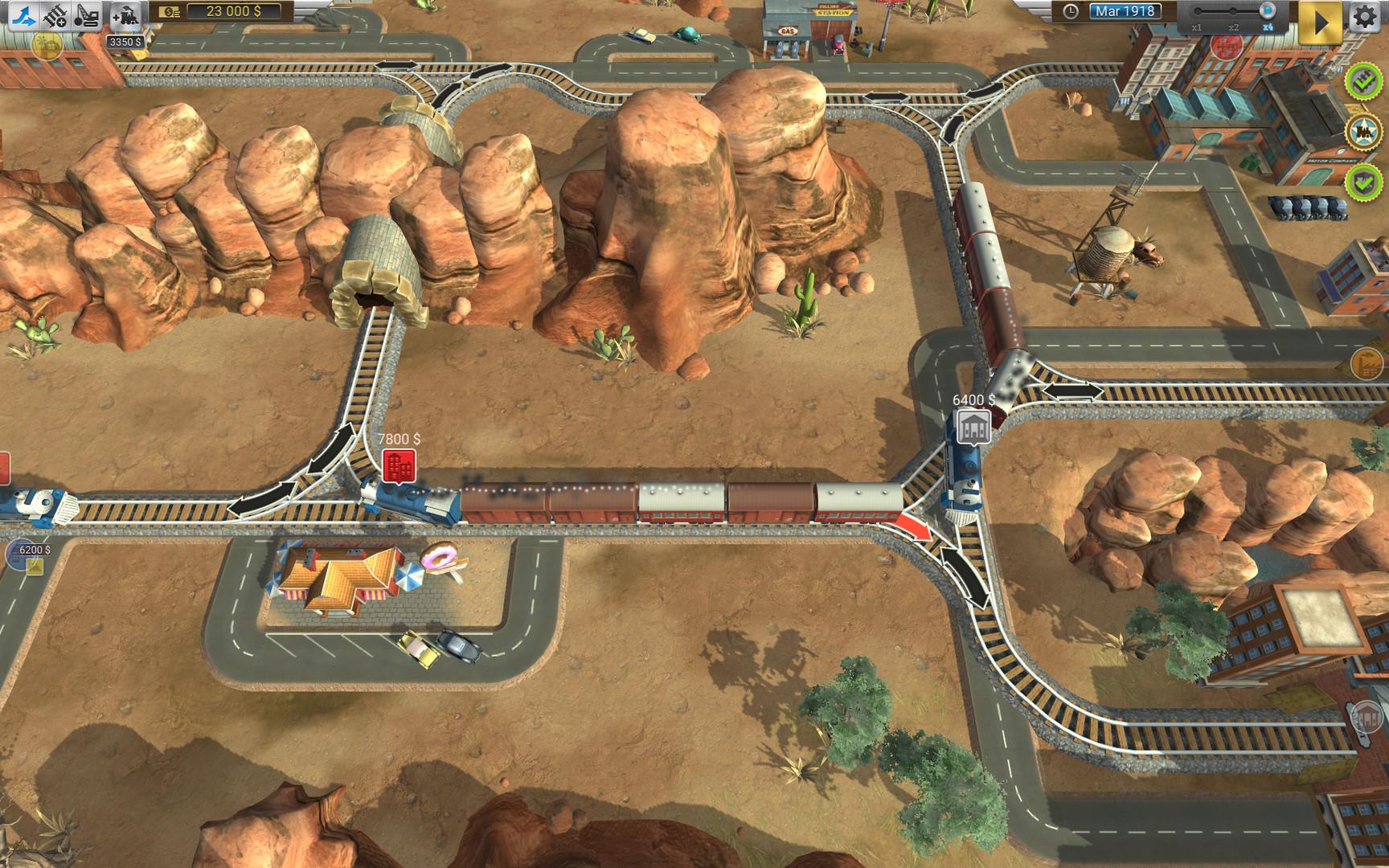 There is a simple but very persuasive economic system at work in Train Valley. Each bit of track you lay costs money - a thousand bucks per tile for standard track, far more for tiles that displace existing structures. Plow over a farm with your train track, and you are suddenly paying $30,000 per tile. Run out of cash, and you aren't laying any more track until you put more dollars in the bank. 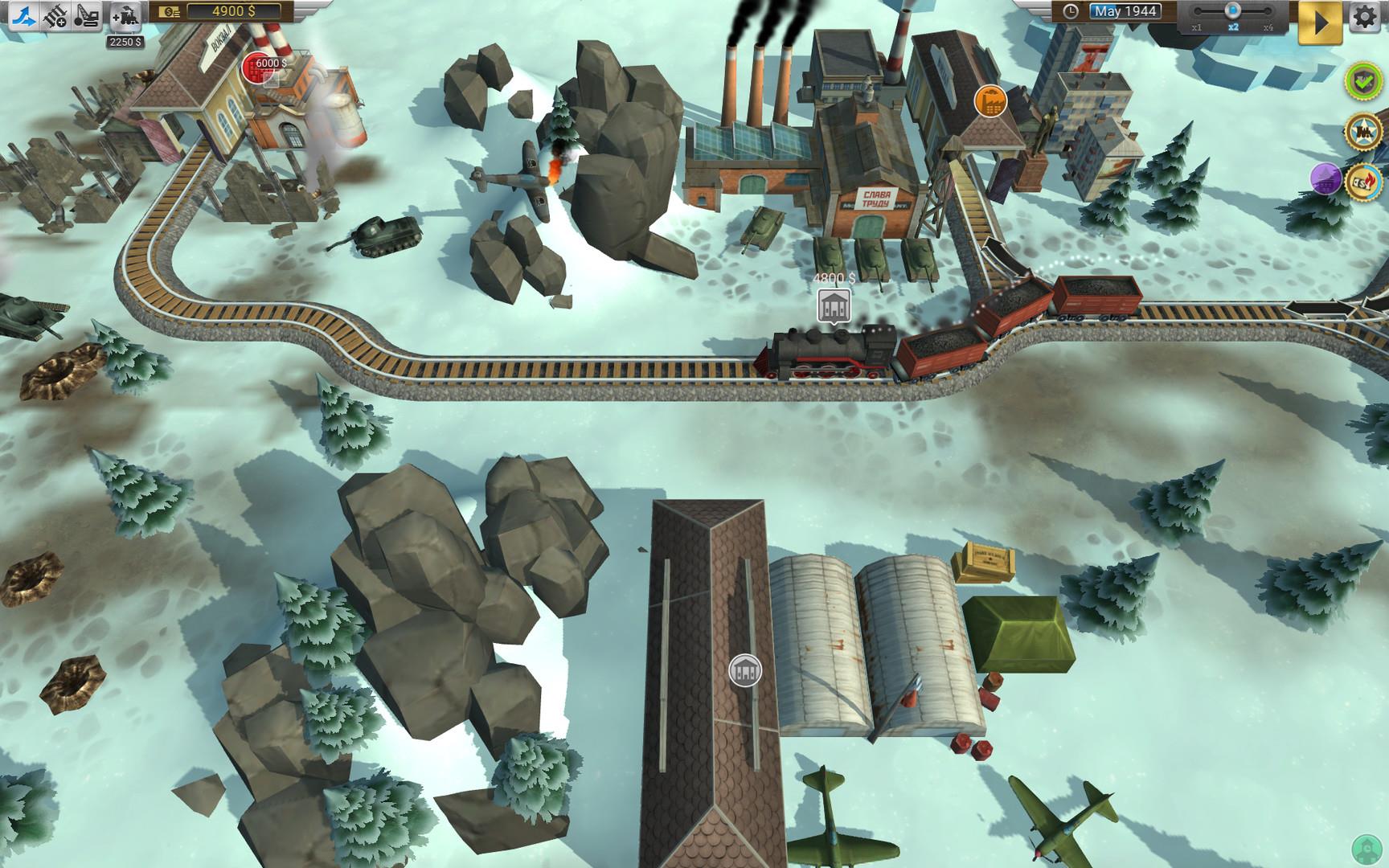 This is done, of course, by moving trains around. Each train appears with a set dollar amount, which immediately starts decreasing as the train sits waiting to leave the station. Get the train to the correct station, and you add the current dollar amount to your bank total. Dork around too long, and that train is going to be worth much less, so it is in your best interest to keep the trains moving in an expedient manner.

And that's the basic concept of the game - lay the tracks, move the trains, earn the cash. As the game moves forward, clever new obstacles appear to challenge the player to think out of the box; the first time the game tossed a river into the mix, I was completely thrown for a loop. Each level takes about twenty minutes to get through if you don't screw everything up and start over again, which I frequently did. Levels have three goals, stuff like "Earn $50,000" or "Move 6 extra trains". You have to achieve at least one of these goals to move onto the next level, but obsessives like myself will want to replay each level until the get a perfect score. 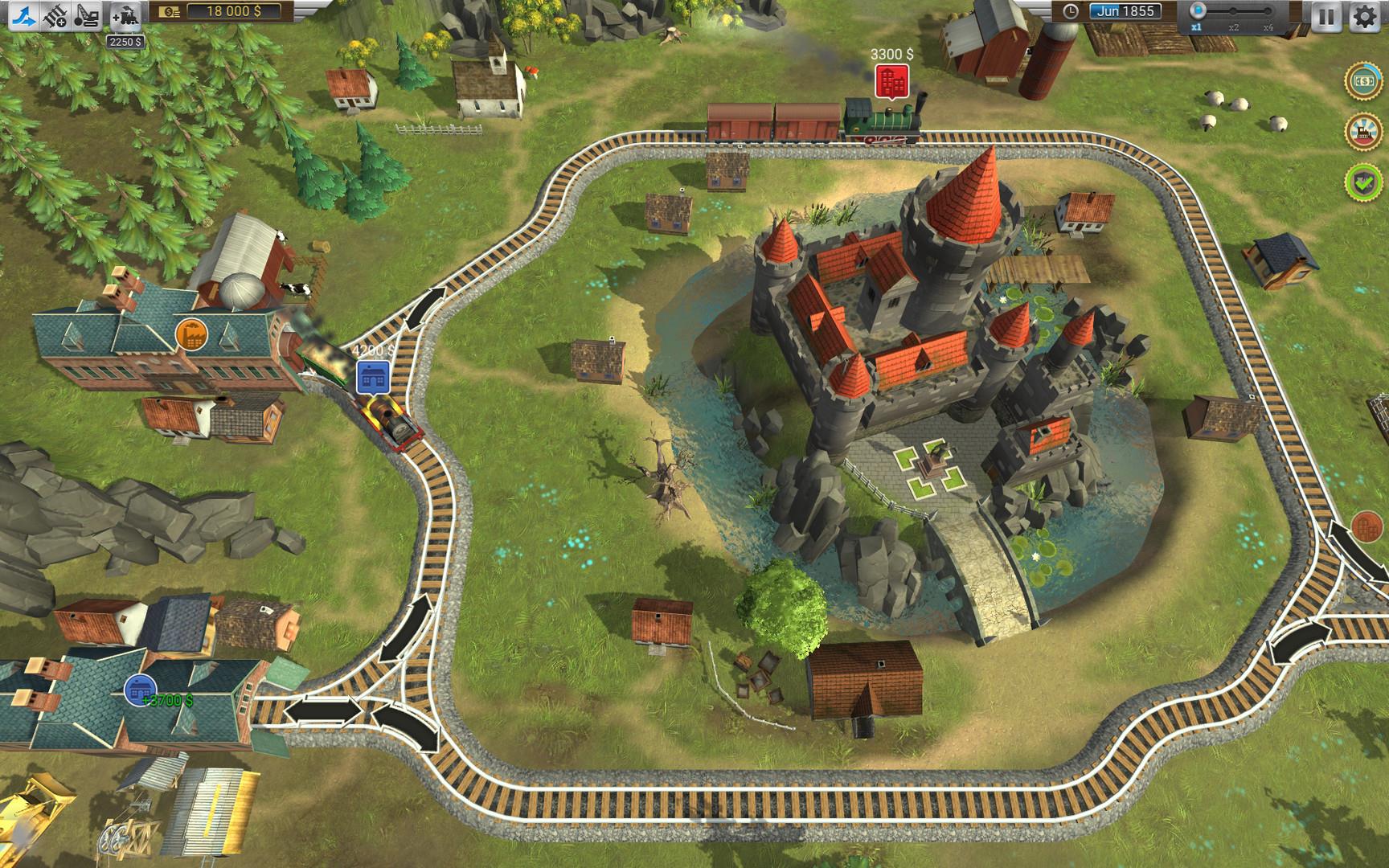 The funny thing about Train Valley is the way that it gently puts pressure on the player to keep things moving. You can pause the game at any time to lay track and throw switches, which would lead one to believe that collisions would never occur, since the player can take all the time in the world to make decisions and execute on them. But Train Valley still finds ways to tempt the player into making bad choices. By dangling several trains in front of the player at once, the game teases the player into trying to do too much at once. One forgotten switch and it's all over. Fire and death (and loss of profit) come quickly and inevitably. The worst moments occur when you have made an error, and you have to sit and watch your trains barrel towards each other on the same track, knowing that it was completely your fault.

My only grievance about Train Valley stems from the controls. The game has been ported to Switch from the PC, and I think the game has taken a bit of a hit in the conversion. The graphics are just as lovely as they are on Steam, but this is a game that cries out to be played with a mouse. I eventually learned to click through the various menus that I needed on the Pro Controller (the game is a bit too complex for my old man eyes to be able to play it in handheld mode), but I still wished I had a mouse to quickly zero in on the switch I wanted to throw instead of clicking through them one at a time on a controller. With a mouse I could have probably performed a bit better on the fly; the controller had me pausing a lot to execute some of the more fiddly moves. 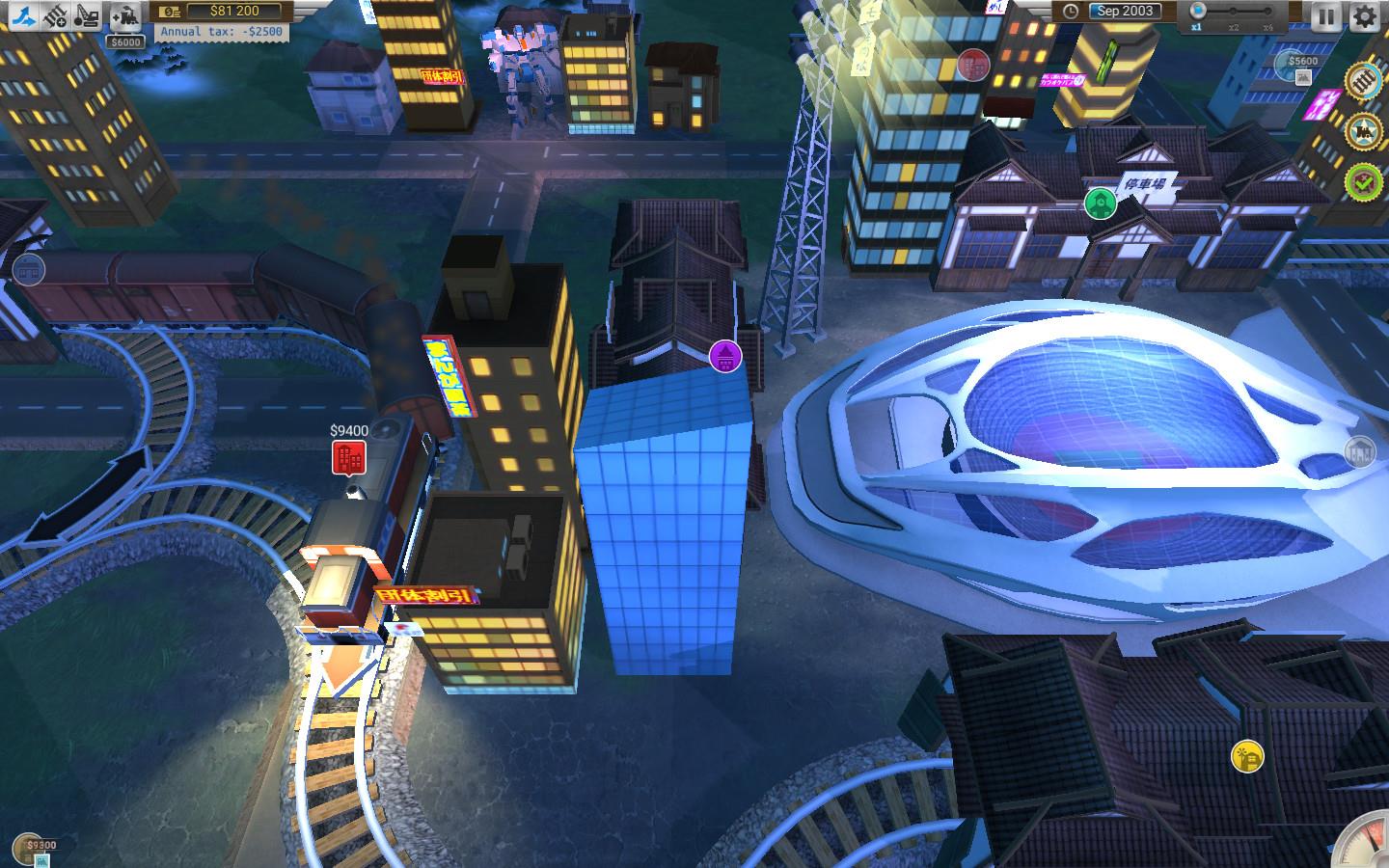 But still, that's the cost that console players must pay to play this unique puzzler. While the controls are a little clunky, I can't really think of a better way to implement them on a controller. The rewards this game delivers far outweigh the half hour or so it takes to get accustomed to the unique control scheme.

Train Valley: Console Edition delivers hours and hours of satisfying, brain-teasing fun. This feels like one of those games that I'm going to return to in the coming years, as it has taken up residence in my brain and shows no signs of leaving. Pity the poor people that ride my digital trains though. If they are laying there wide awake in the middle of the night, it is for good reason. I have been known to fall asleep at the switch.

More a puzzler than a sim game, Train Valley: Console Edition delivers hours of fun from a simple concept - lay down tracks and keep the trains moving without bashing them into each other. Though the controls are somewhat awkward on a gamepad, the rewards for playing far outweigh the slight inconvenience. Well worth a shot for those that enjoy management puzzles and fiery wrecks.