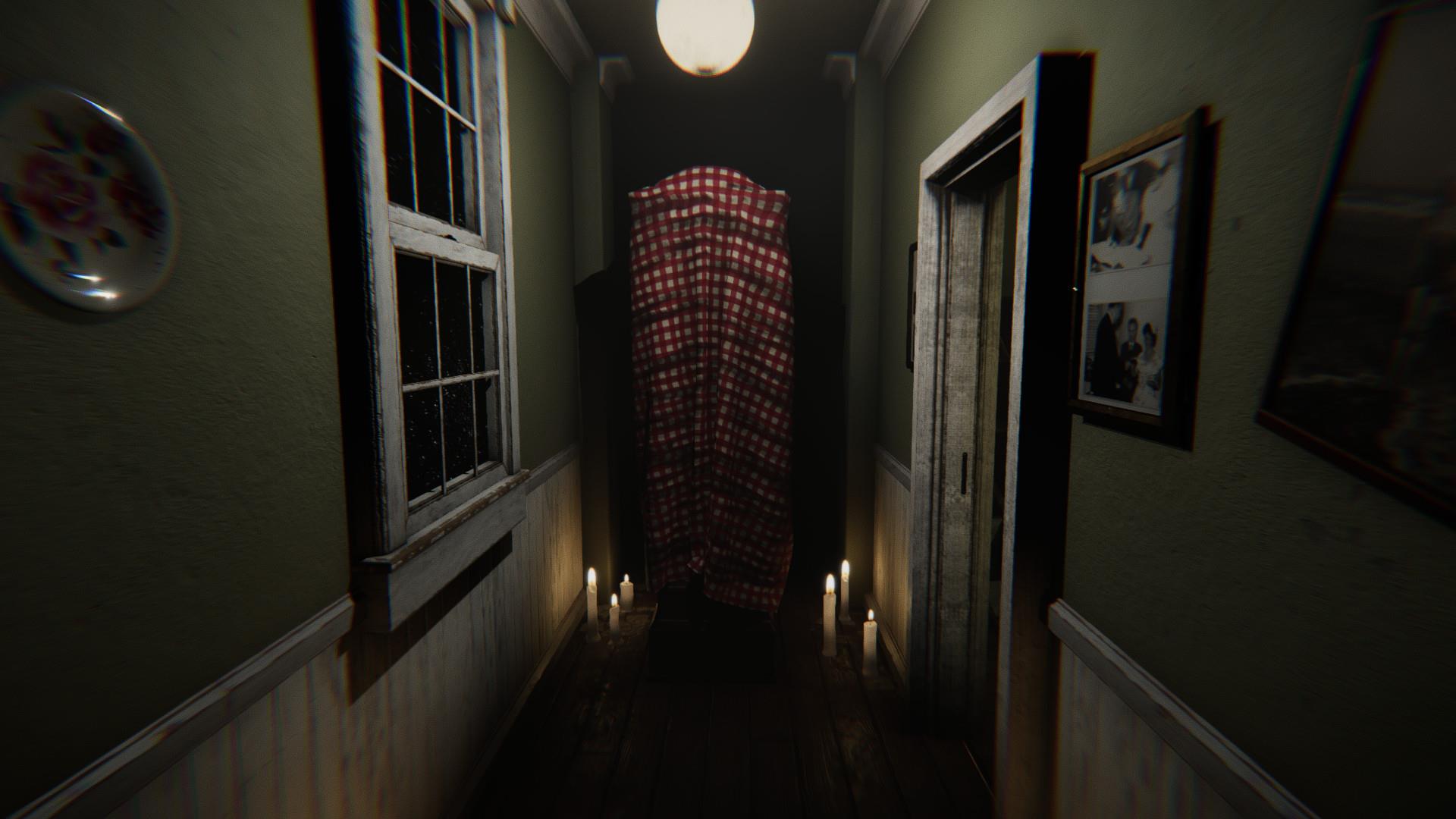 Ever since the tragic cancellation of Kojima and Del Toro’s P.T./Silent Hill in 2014, there’s been a wave of indie developers and fans attempting to create an experience of similar caliber. MADiSON, the debut project of indie studio Bloodious Games, led by Alexis Di Stefano, brings just enough flavor to the table to differentiate itself from its inspirations. Fans of horror will rejoice, as this first person psychological horror game effortlessly bleeds atmospheric tension while maintaining a good balance of shocks and scares.

MADiSON is set in a derelict and peculiarly designed house where you play as Luca, a boy unfortunate enough to be caught in the middle of a demonic ritual gone wrong. You begin the game locking yourself in a room from your father, who is crying on the other side of the door.  This house is accompanied by some genuinely terrifying yet oddly artistic set pieces that will have you at the edge of your seat. These environmental transitions are smoothly inserted into the game as your psyche transcends slowly into madness. Examples include a hallway filled with repeated pictures and an underground crime scene blocked off with caution tape.  Because this game is a horror game in its truest form, there is no combat involved, but you are equipped with an antique polaroid camera. 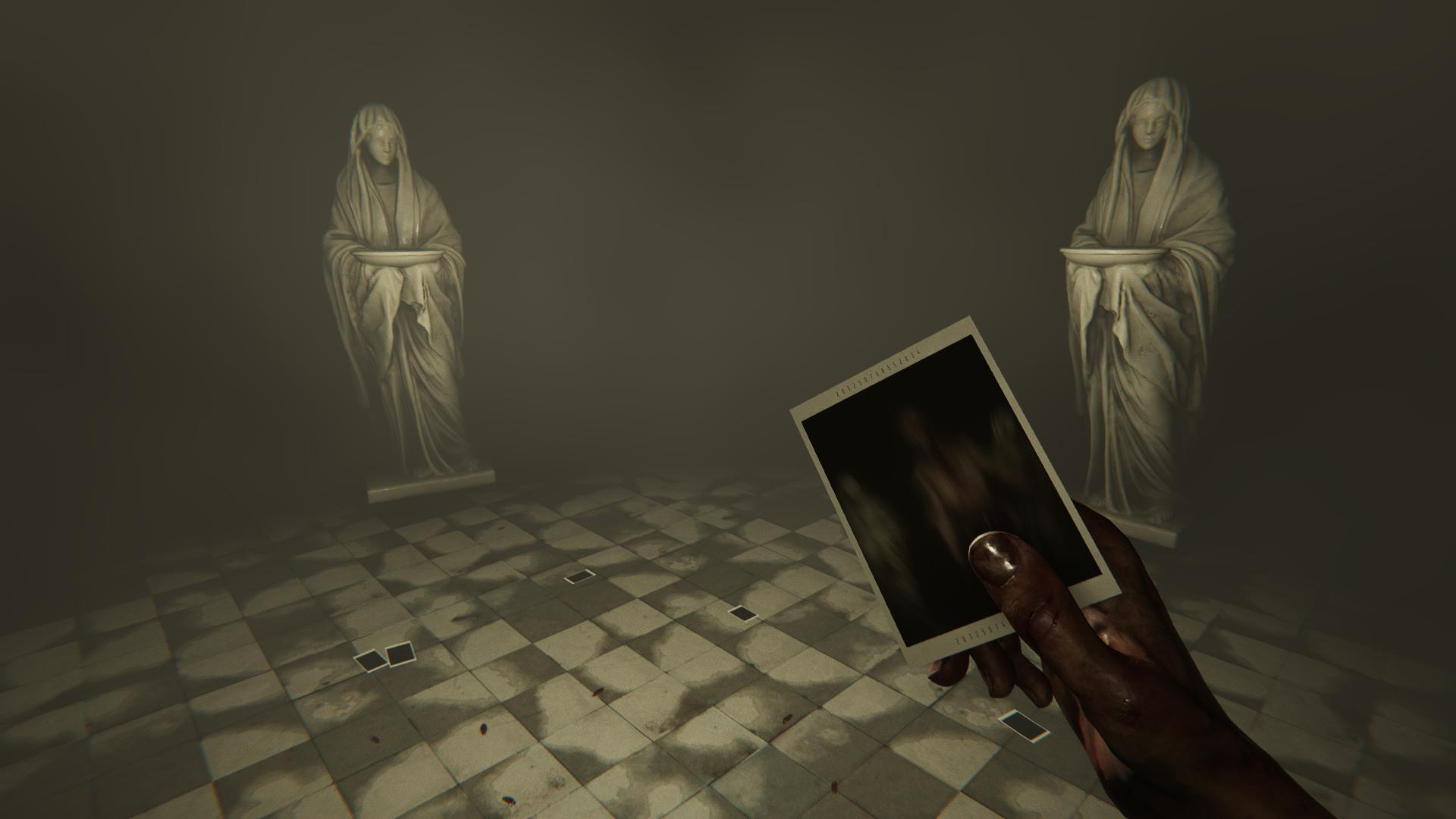 The camera not only allows you to take some nifty pictures, but it also serves as your most useful ally on the journey to escape this nightmare. Sadly, Luca doesn’t have access to a flashlight, so when the lights go out and the darkness rushes in, you have to rely on the camera’s flash to see your surroundings. This is an excellently implemented mechanic that induces trepidation in the most natural way. You never know when that flash will reveal something more than just the end of the hallway. Furthermore, at certain moments in the game, this camera can somehow allow you to travel to different time periods. Hidden collectibles are also spread throughout for you to find and snap a polaroid of. When in doubt, just take a picture!

Oftentimes, I found myself comparing this game to an escape room, as it's filled to the brim with puzzles. How do I unlock this door? What is this peculiar looking key for? MADiSON introduces some absolutely mind-bending riddles that sometimes can be a little too obtuse and challenging. No two are the same, and each gets progressively more brain teasing, forcing you to be wary of environment details and story clues in order to proceed. The insane attention to detail, ranging from the intricately hung photos and clocks along the walls to the scurrying cockroaches that roam the floorboards, made every room and hallway feel handcrafted and intentional. However, this also sometimes blends in the answer that has been right in front of your eyes this entire time. 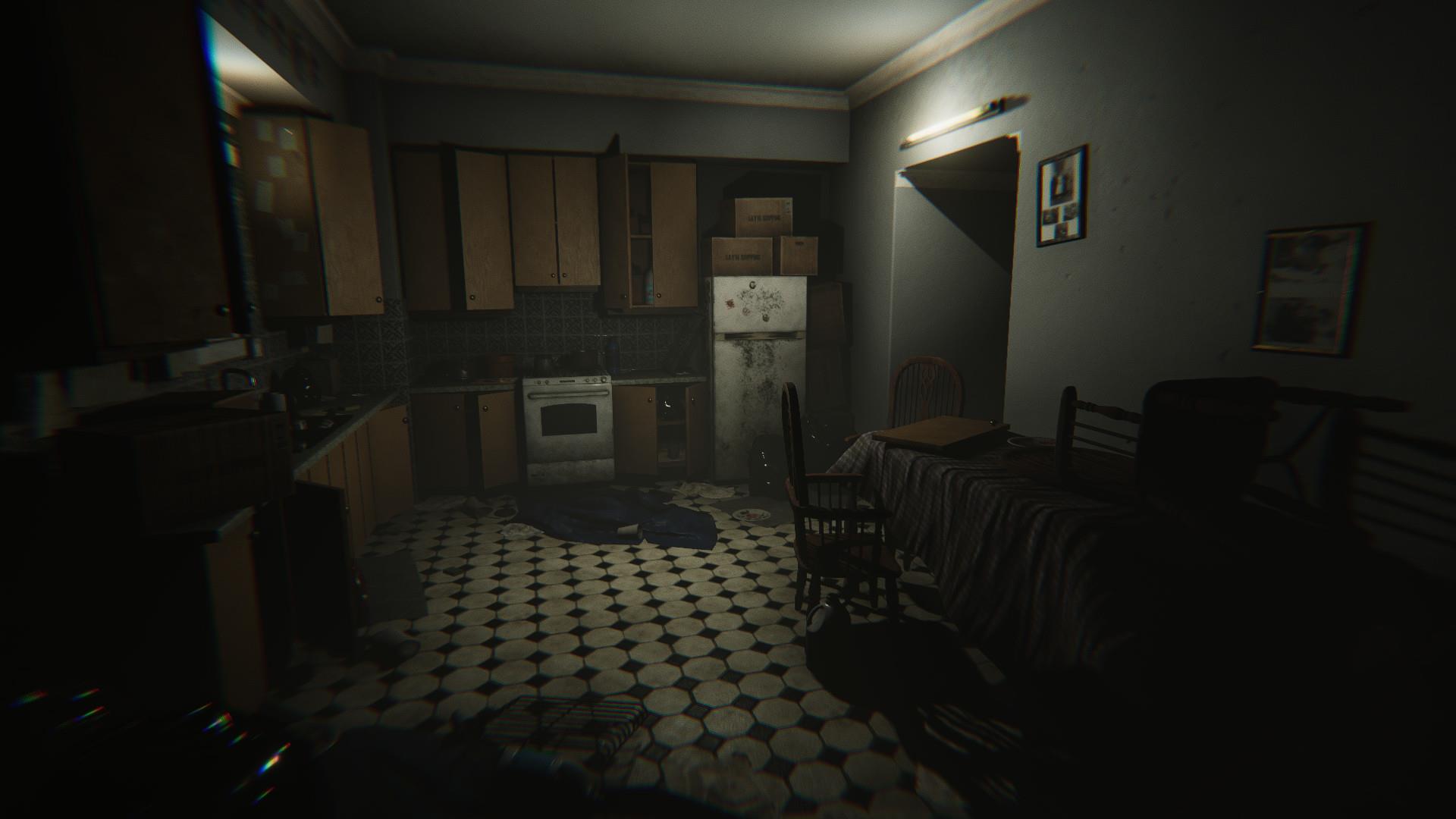 MADiSON is a fairly hands-off experience, both in terms of the narrative and the gameplay. This directly feeds into the sense of mystery, which drives the traction of a horror game. You’ll often find yourself wandering the corridors aimlessly, trying to figure out what to do next, but this just adds to the tension and atmosphere of the overall experience. Most of the time, the answers you need are right in front of you, and if you aren’t moving forward, you probably missed something. There’s a bit of backtracking involved, considering the entire game takes place inside the house, but not enough to be considered egregious and tedious.

The narrative is fairly well-paced, but I did end up having more questions than answers at the end of the game. There’s only one ending to the game, but replayability is promoted through the game’s achievements. These include getting through a particular section of the game under a certain time, taking a certain number of pictures, and completing the game in under a given amount of hours. One blind playthrough of the game takes around eight hours, depending on how quickly you solve the puzzles. 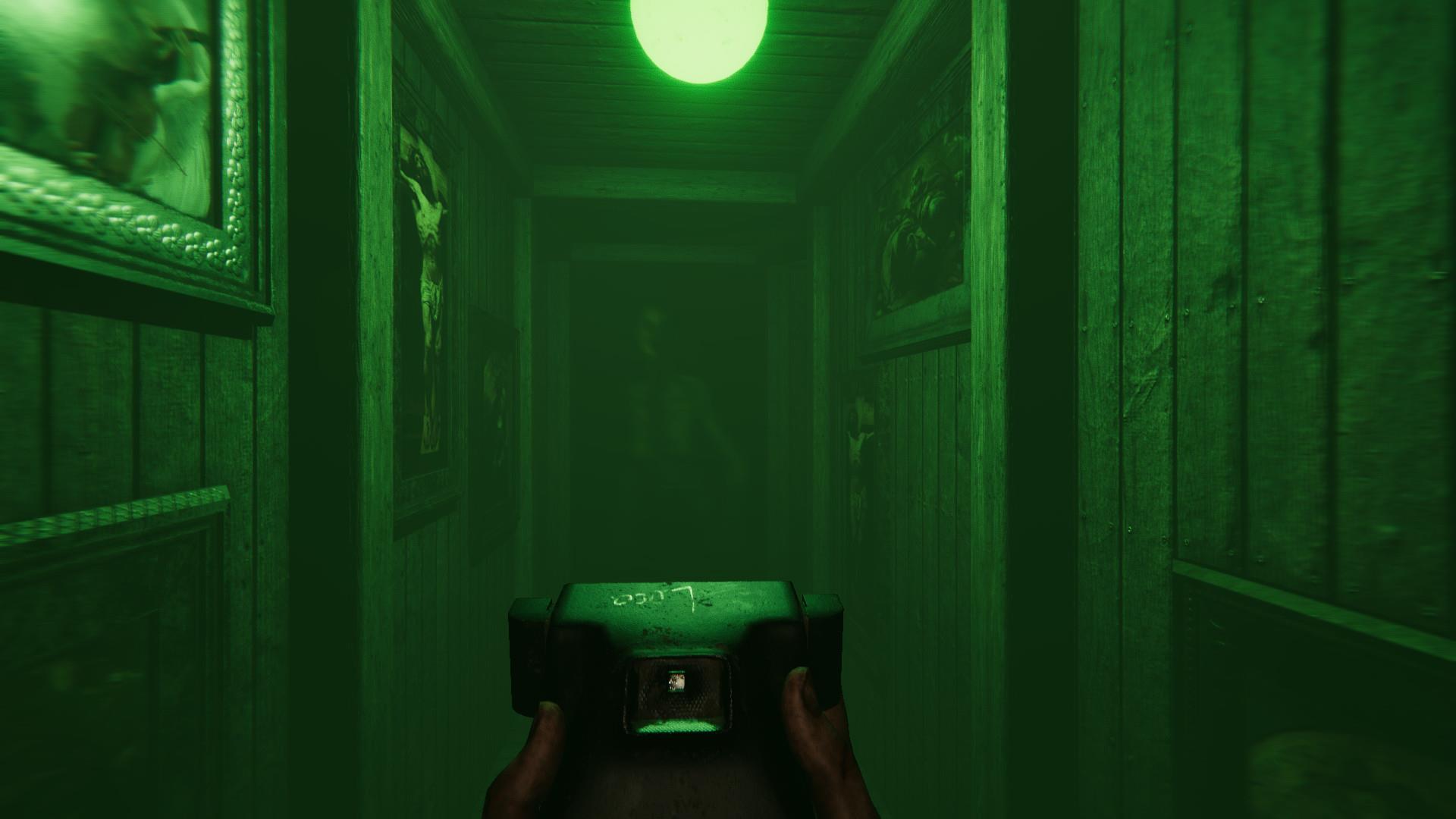 A big part of what makes a horror game scary is the sound design and Bloodious Games did not disappoint. The floorboards creak, the windows ruffle, and the cabinets groan. Normal everyday sounds are suddenly now your worst fear. With superbly implemented 3D audio, every noise made in the game is one that instigates fear and paranoia. On the other hand, voice acting is also excellently done, with each character feeling real and genuine. Surreal moments are complemented by dramatic music and sound effects. Technically the game is astounding, running perfectly smoothly at 60 frames per second with no in-game bugs.

Despite all the praise I have for this masterpiece indie title, there are also some criticisms I must point out, mostly surrounding the existence of lockboxes in the game. You are only capable of holding eight items at once, and are forced to deposit your items in a dedicated lockbox before picking up anything past eight. Three of the eight inventory slots, your camera, notebook and photos are also unable to be deposited, leaving you with effectively five slots. This weirdly enforced inventory management mechanic seems very out of place and unnecessary, and proves to be more annoying than anything, forcing you to run back and forth to the lockbox. 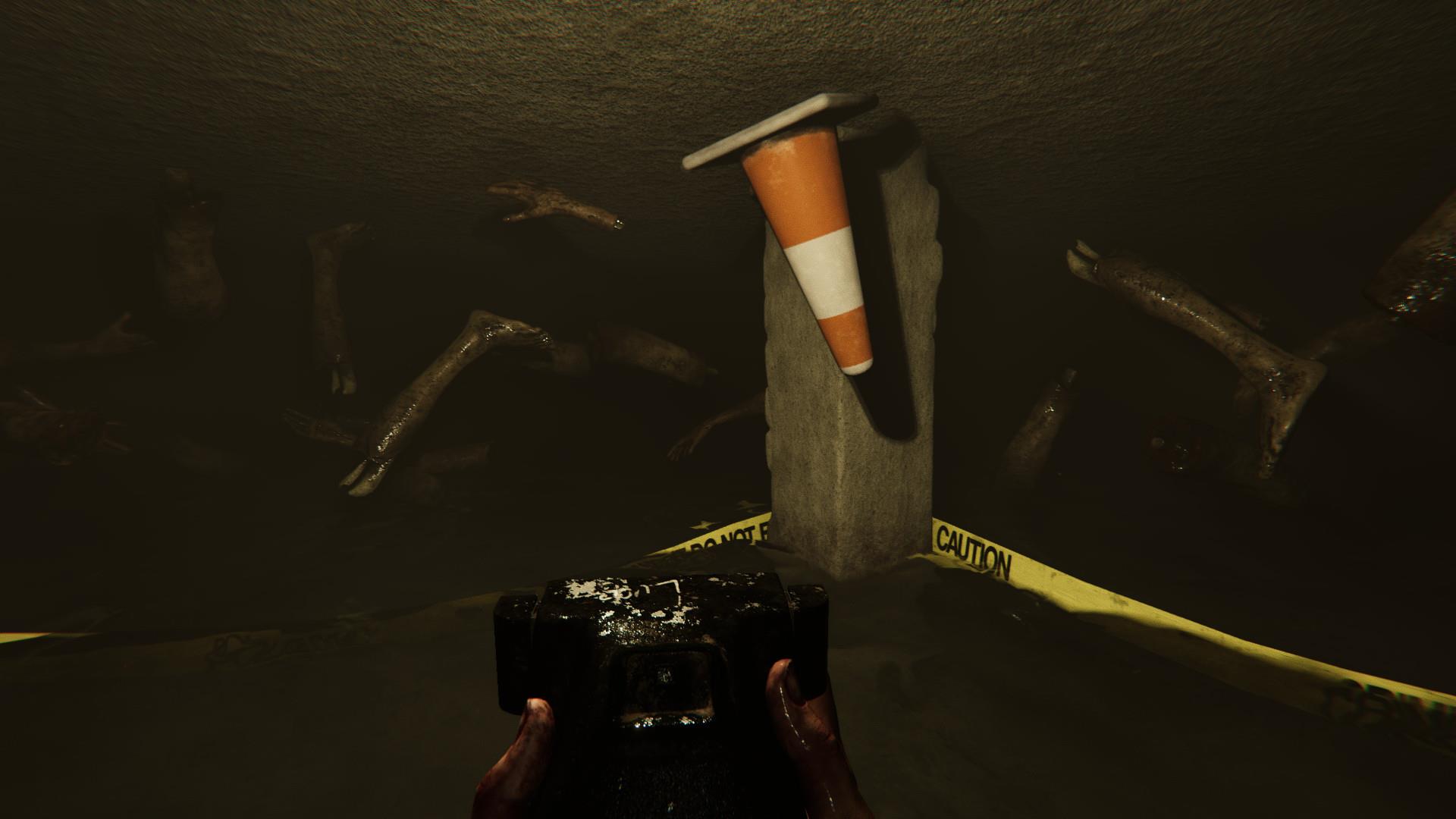 MADiSON is one of the most terrifying games I’ve played this year, with its oppressive atmospheric buildup and depressing narrative. The game’s amazing visual and audio design, along with its perplexing puzzles and unique gameplay mechanics, makes it a contender to be an indie game of the year. This game is quite frankly a horror masterpiece.

Bloodious Games has been developing MADiSON since 2016, and it’s incredible to see a project of this magnitude come to fruition from a team of only two people. MADiSON creates a harrowing experience for fans to feast on, with its outstanding atmospheric tension, eccentric camera mechanic, and psychedelic puzzles. Apart from being a horror game, it also showcases some truly artistic stages and mythos. There are some beautiful landscapes to explore and investigate as you plunge into a spiral of insanity. After all, you are the Mad Son.