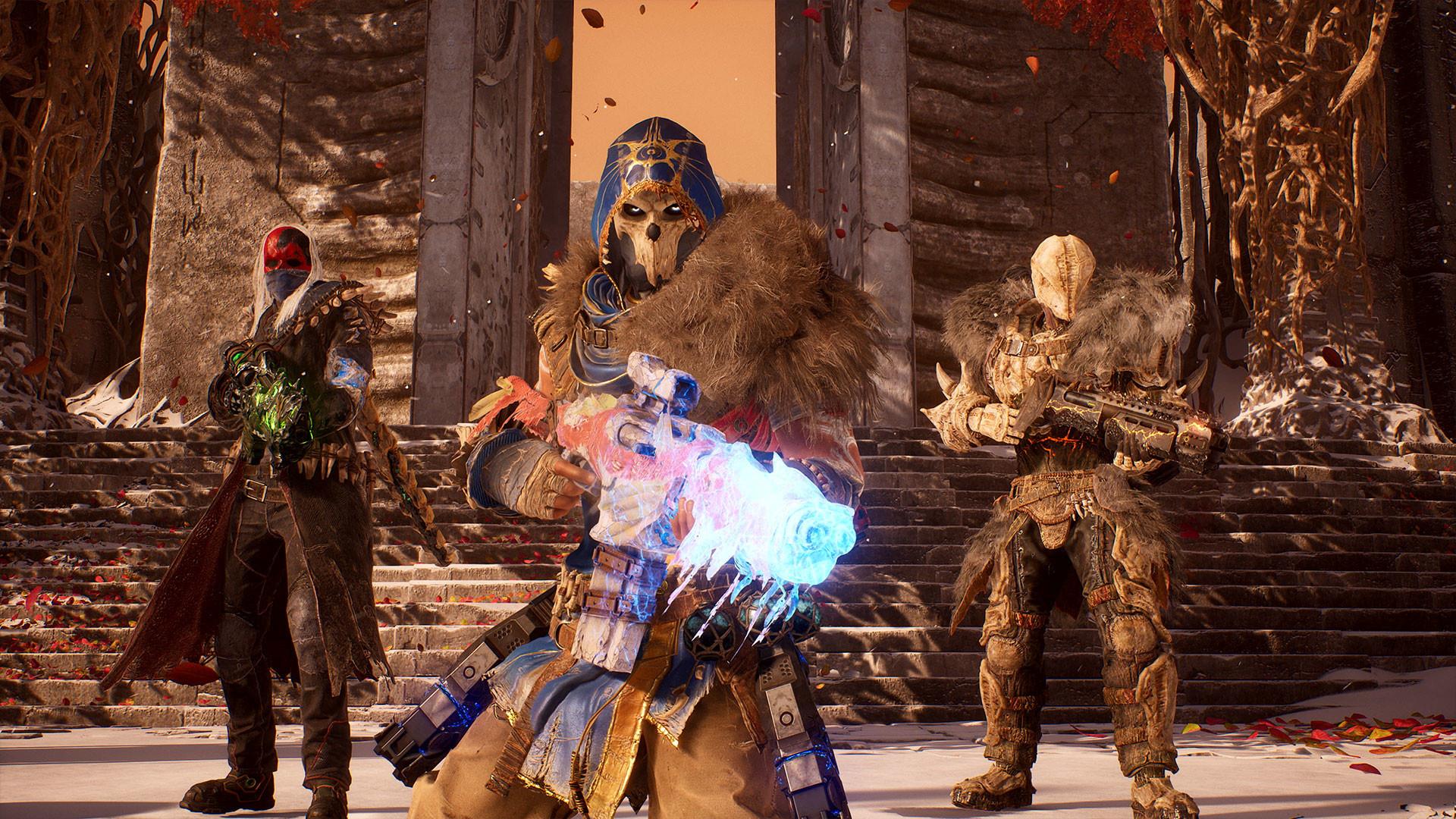 Written by Henry Yu on 7/7/2022 for PS5
More On: Outriders Worldslayer

It’s nice to see developers refusing to give up on a project, even after an extremely rocky launch. Developers People Can Fly have been working diligently on their latest game Outriders, releasing multiple patches and updates, including the New Horizons revamp that was free for owners of the base game. They are back again, this time with Worldslayer, a paid expansion to their third person cooperative looter shooter that was released around a year ago. Though this new update is filled with lots of content, it comes at a less than reasonable price tag, especially for newcomers.

Outriders is set in a universe where Earth is no longer inhabitable, and humans have developed technology to travel to different solar systems. You play as the titular Outrider, a special operative soldier sent to scope out new planets and gather data for colonization. While on the planet Enoch to recover a probe, you encounter “The Anomaly”, a supernatural storm that kills most of your crew. You are saved at the last second and put into cryogenic sleep for 30 years, where you then awaken to a completely different world filled with mutated beasts and monsters. Worldslayer takes place after the events of the first game, where you continue to try and solve the mystery of “The Anomaly”. Outriders ends with a cliffhanger and Worldslayer does a good job to address that. 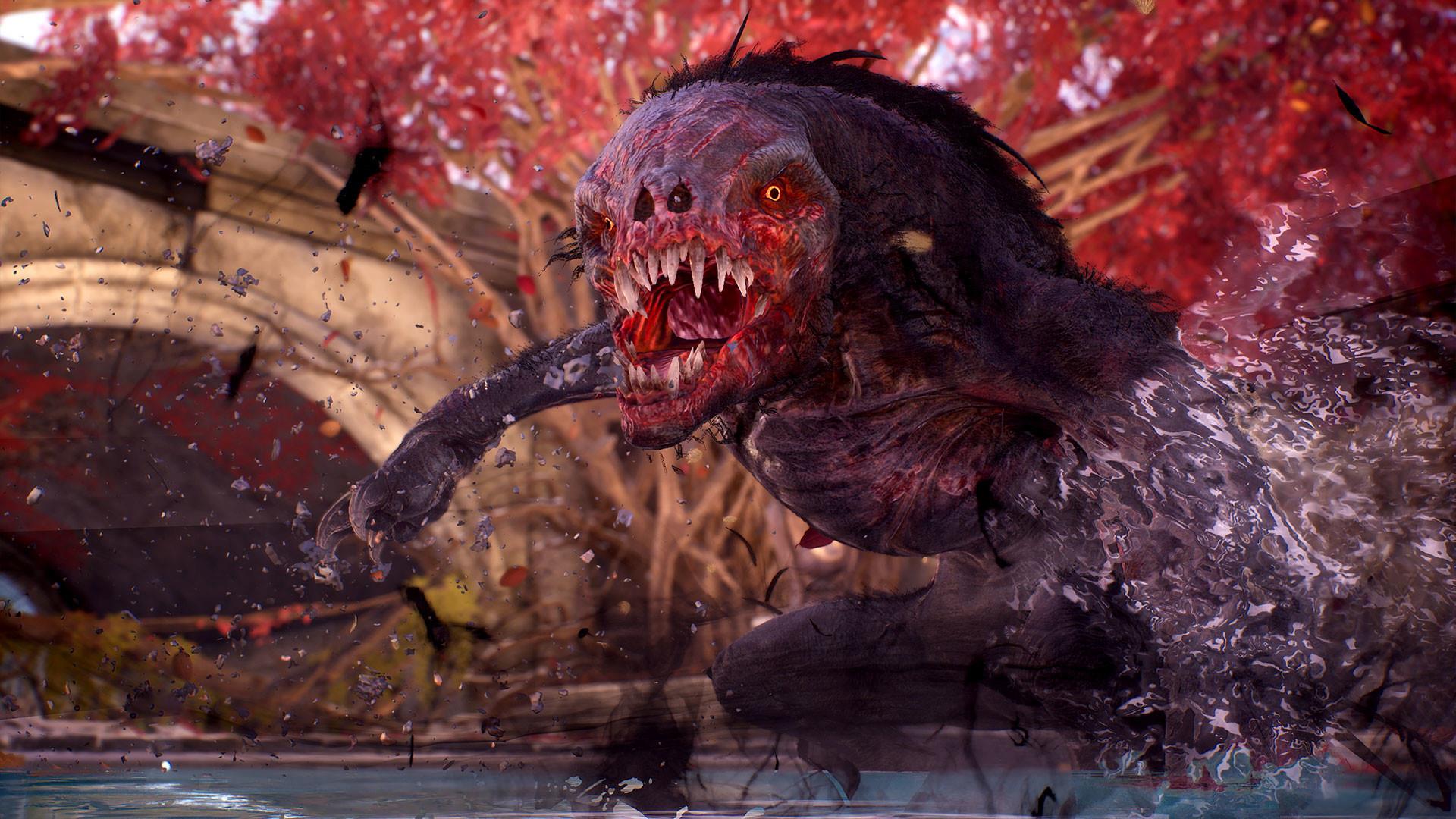 Worldslayer introduces a slew of new passive upgrades, difficulty levels, and game modes. The Tarya Gratar Trials are the bread and butter of Worldslayer, as it’s essentially an endless replayable mode that pits you against hordes of new enemies in exchange for incredible loot and gear. Ascension levels, which are very similar to Paragon levels in Diablo or Badass levels in Borderlands, push your character forward without increasing the base level cap. Pax trees are a new set of class skill trees that further enhance your character class build. Finally, a new tier of gear called Apocalypse is added, which unlocks a third mod slot and additional perks. These are a game changer for those that are hoping to craft their perfect build and add much more depth and complexity to the end-game experience. 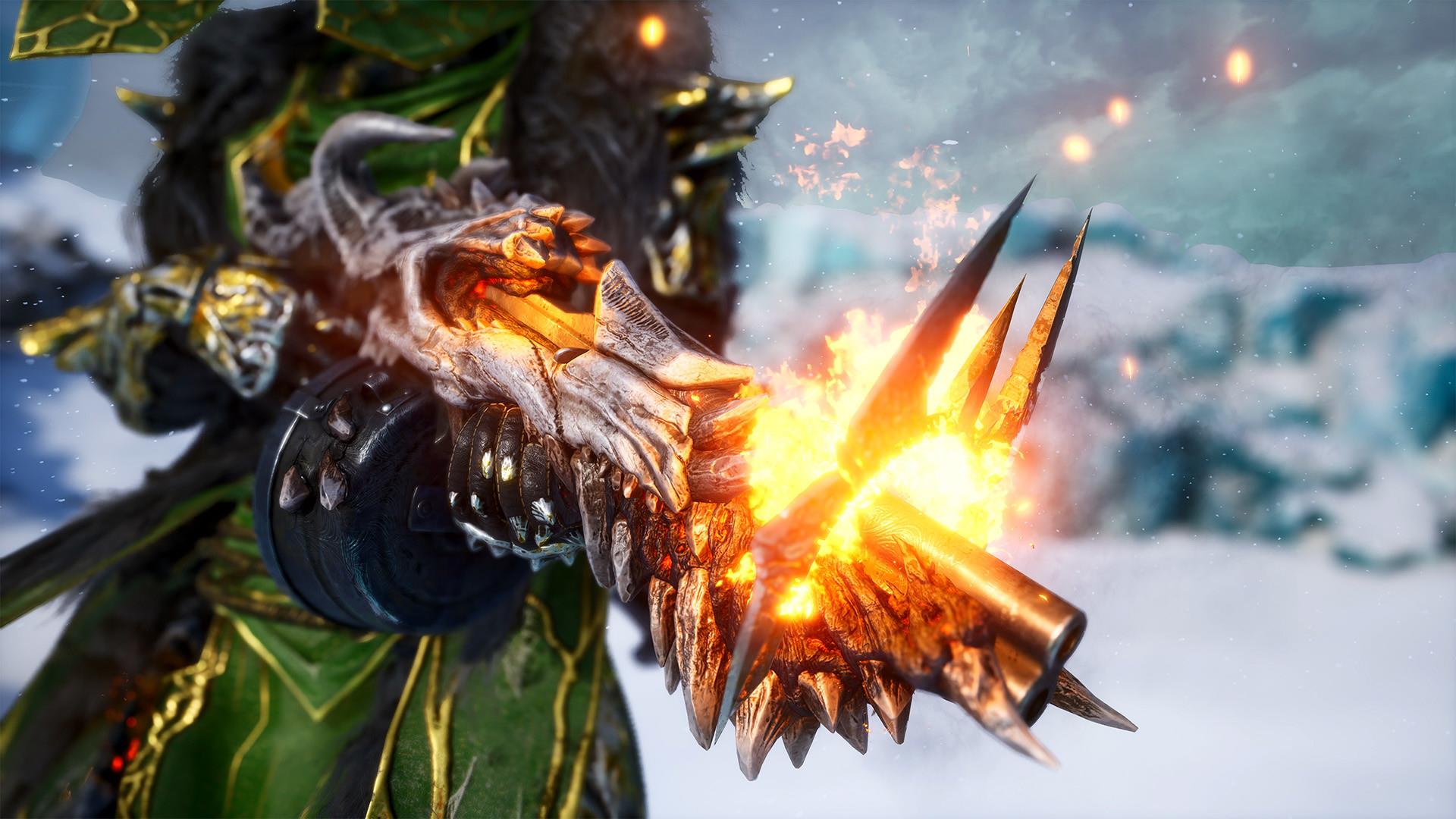 The new boss encounters and arenas are probably the greatest highlight of this DLC. The endgame bosses are all uniquely designed and fantastic to fight. These battles are further complemented by graphically beautiful set pieces, ranging from a derelict fishing village to a freezing icy wasteland. Obviously these bosses drop some amazing loot as well, adding to the replayability factor for repeated farming of the desired drop.

The World Tier levels from the vanilla game are replaced by Apocalypse Tiers, which essentially allows you to play the entire game again on a higher difficulty. The Worldslayer expansion is naturally unlocked once you reach level 30, but the game allows you to boost your character right to it if you wish. This auto-boost feature is convenient to have, but it makes it more than apparent that for some players the base game and narrative are not worth playing through. 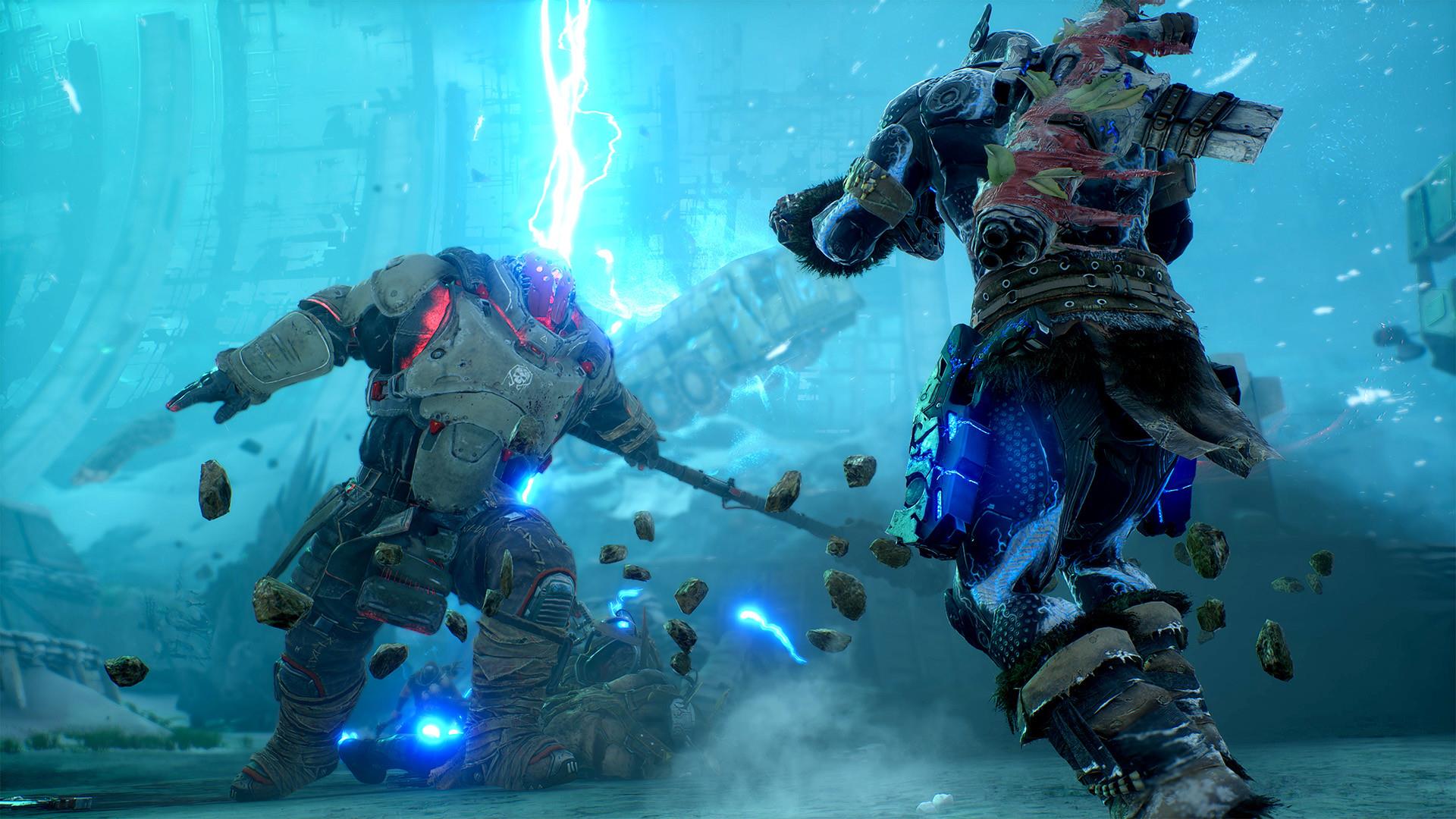 Though Outriders Worldslayer can be played solo, the game definitely was not made with single players in mind. More often than not, swarms of bullet sponge enemies collapse on you from all sides, making solo play feel unbalanced, even on lower World Tier and Apocalypse levels. The new end-game activities in Worldslayer even warn you, saying that the game is best played with a full party of three people, meaning enemies are not scaled down even if you are riding solo. The game requires an always online connection to the internet, so don’t expect to be able to launch the game if your WiFi is down. There is online matchmaking but games of this nature are best played with friends over voice chat.

This is where the developers get a little greedy. The Worldslayer expansion itself is fairly competent, as it adds some new campaign chapters, albeit adding up to a short experience, and a sizable amount of end-game content. The new campaign content can be completed in two to three hours. The rest of the new content comes down to more loot grinding in the Expeditions. Unfortunately, the expansion alone is marked at a whopping $39.99, which is an insanely hefty price to pay. Unless you are a die-hard fan of Outriders, many will be turned off by the price until a deep sale, especially since the base game itself had mixed reception to begin with. Even though Outriders is available for Game Pass members, Worldslayer will not be. The high cost of this expansion is understandable to a degree, considering Outriders is not a live service game and the game has not made back its developmental costs yet, so those who want to support the developers and love this game should definitely do so. 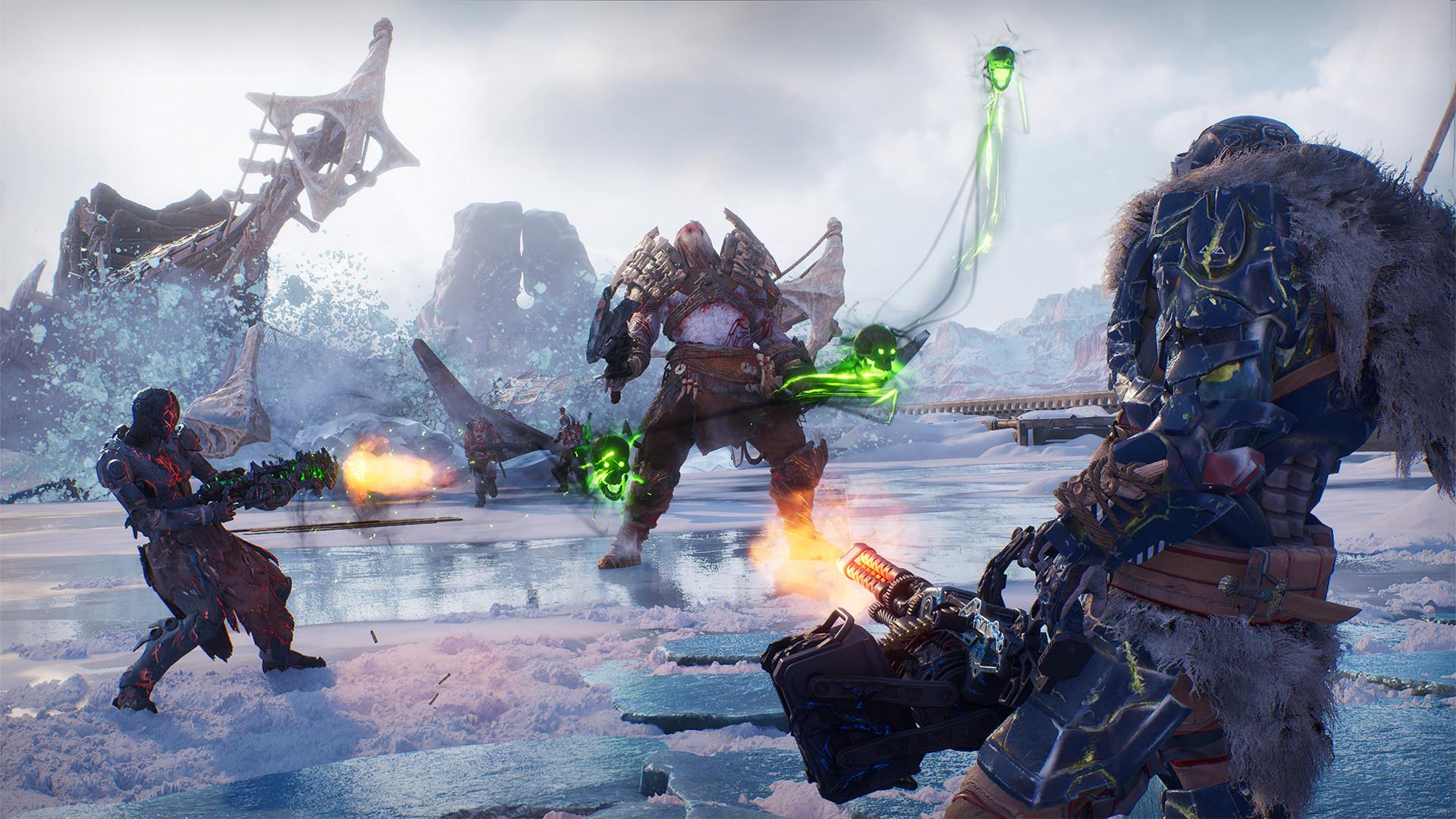 I would not recommend Outriders Worldslayer to newcomers of the franchise without reservations though, considering its high price point, required online play, and repetitive end-game grind. Those who are interested should play the base game first at a discounted price before determining if Worldslayer is worth it for them. On the other hand, if you’re someone who has a knack for these types of games and had a blast with the vanilla Outriders, then there’s plenty more content for you to sift through in this expansion. There’s a wide variety of new items and gear in addition to skill and perk trees for even more build crafting and experimentation.

Ultimately, Worldslayer expands on what the original Outriders excelled at at being: a looter shooter. However, it brings very few novel ideas to the table, extending the replayability instead. It would be nice to see a fleshed out single player mode or a multiplayer raid mode of sorts in the future.

Outriders is a game that launched with an array of bugs, glitches, and crashes during its initial launch. It’s probably the best time to jump in and play Outriders right now, especially after the free New Horizons update along with this massive Worldslayer DLC. The new expansion comes at a steep price point, but shines with its polished endgame content and loot pool. Sure, it can get repetitive, grindy, and tedious, but that shouldn’t be a problem if you’re into this type of game. Just make sure you have two buddies who are down to play with you because playing solo just isn’t that fun.