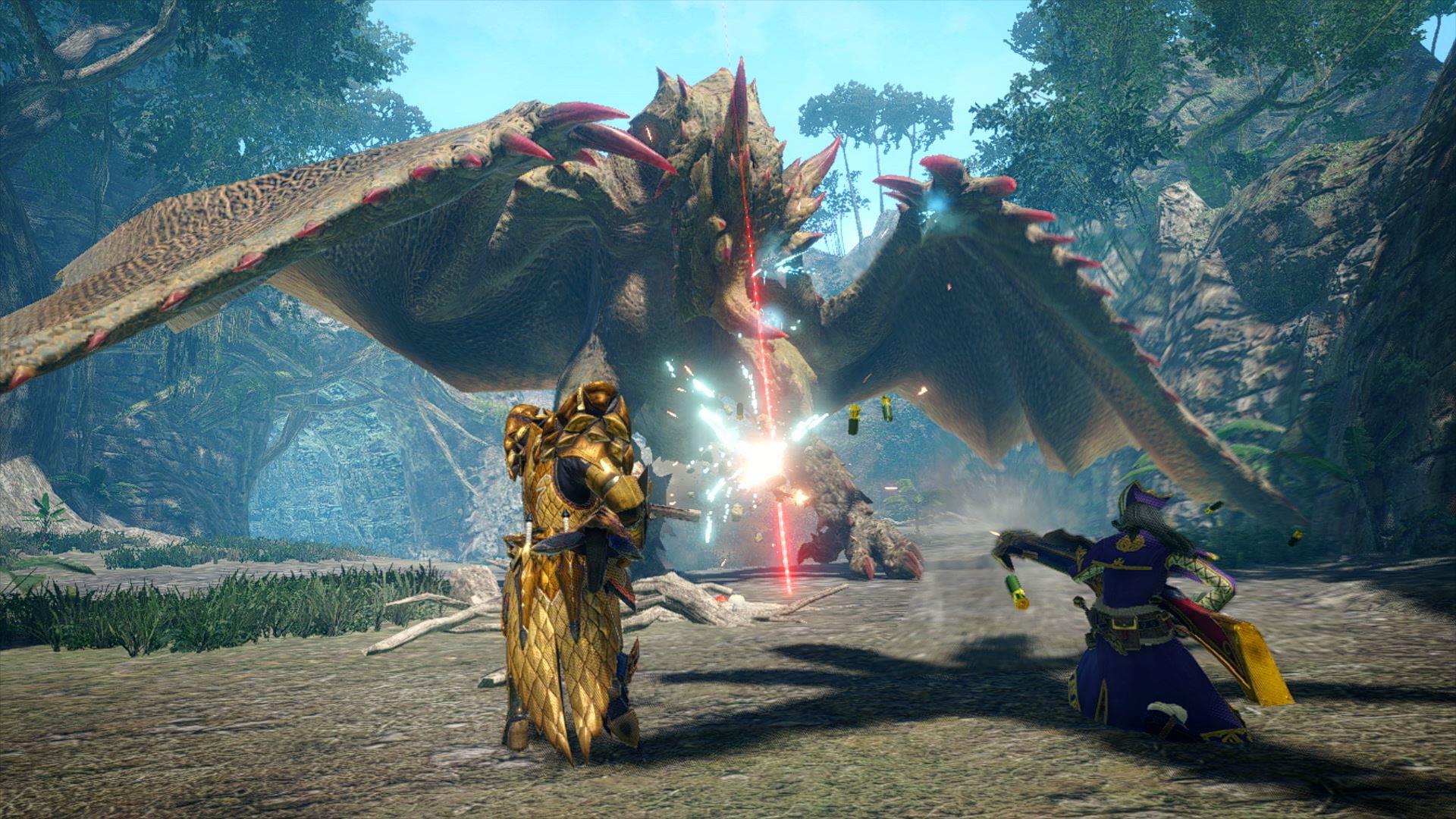 Written by Eric Hauter on 7/6/2022 for SWI
More On: Monster Hunter Rise: Sunbreak

As Monster Hunter fans go, I’m a late bloomer. I dabbled with the series on DS and Vita, but it took the PlayStation 4 version of Monster Hunter World to really seal the deal and cement Monster Hunter’s place in my psyche. Even with my relatively newfound fandom, I admit that I’m still a bit of a series lightweight. Whereas some fans put thousands of hours into each Monster Hunter game, my time spent can be counted in the tens of hours – a small fraction of the commitment some fans make to the series.

That doesn’t mean that I don’t want to commit a huge portion of my life to my love of Monster Hunter, it just means that I don’t have enough time. I can only play enough to master one weapon (I’m a dual blades guy) and see through the story and some of the end game content. I’m lucky if I see every monster in the game, frankly. 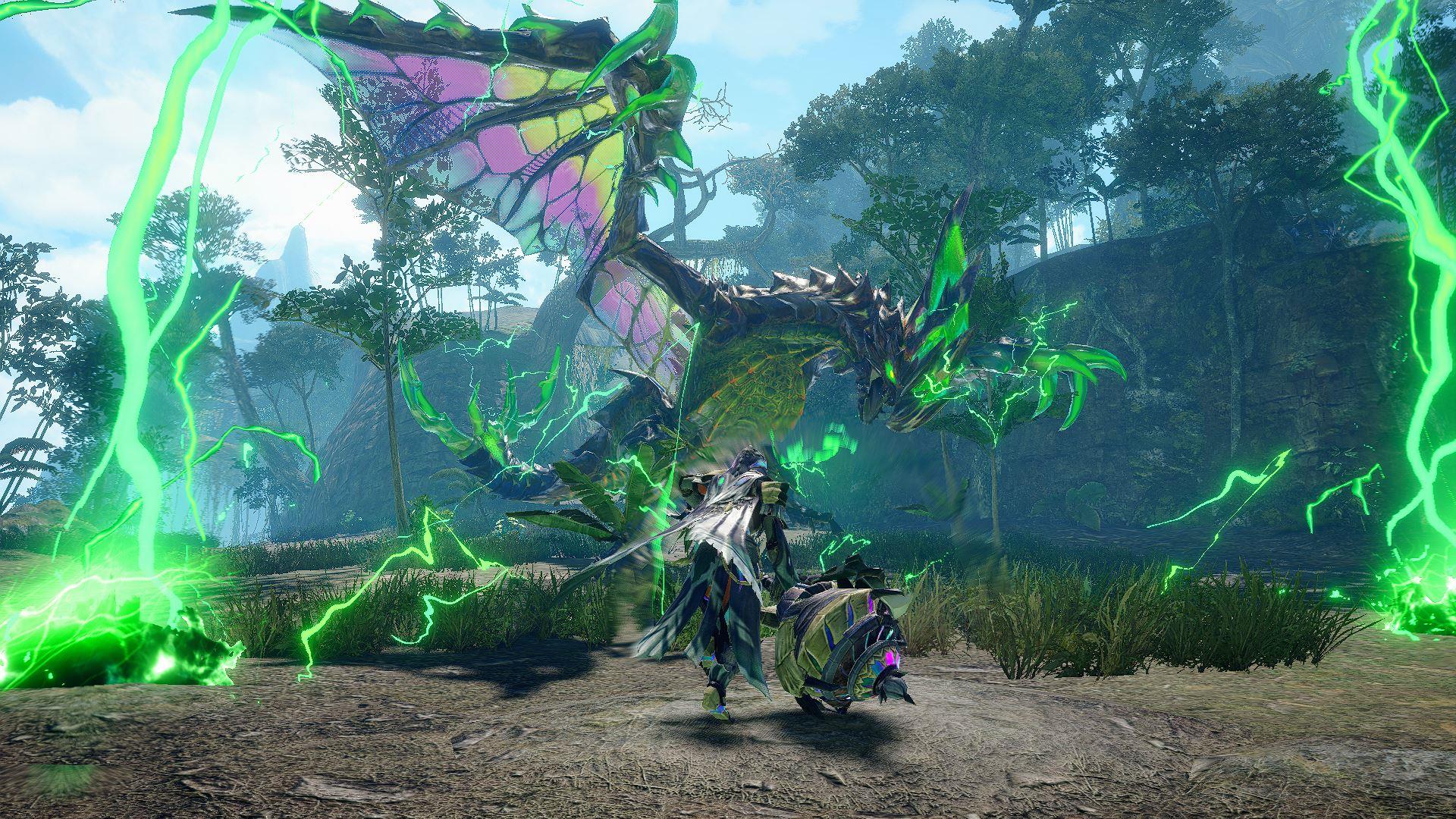 When reviewing Monster Hunter Rise, I chose to spend my time focusing on the single-player mode offered by “Village” quests. After beating the story, I dipped into some of the multiplayer content, which was super fun. I didn’t go very far, though, as I was quickly pulled off into a new review. Though I was somewhat restricted by playing pre-release, it turns out that this was a very poor choice indeed.

I should have finished the game using the multiplayer “Hub” questline as well, because it turns out that to even access the new content in Monster Hunter Rise: Sunbreak, you have to beat the Hub-based storyline. While I understand the reasons for Capcom’s decision, that didn’t make the twenty hours I spent grinding through Rise again to reach Sunbreak any quicker. However, this process did give me a new appreciation for the greatness of the Rise base game, as I got to experience one of the best games of 2021 again from a fresh perspective. After an hour or two fumbling around and getting reacquainted with the game, I got down to some serious grinding.

Capcom does make some concessions for new (and returning) players that need to reach the base game’s less-than-satisfying cliffhanger “ending” to start Sunbreak. New armor and weapon types are provided that are superior to the hard-earned endgame loot from my previous playthrough, allowing for some quick and easy battles. During my qualifying time with the base game, I fainted maybe twice, as I mostly floated through battle after battle on autopilot and muscle memory. 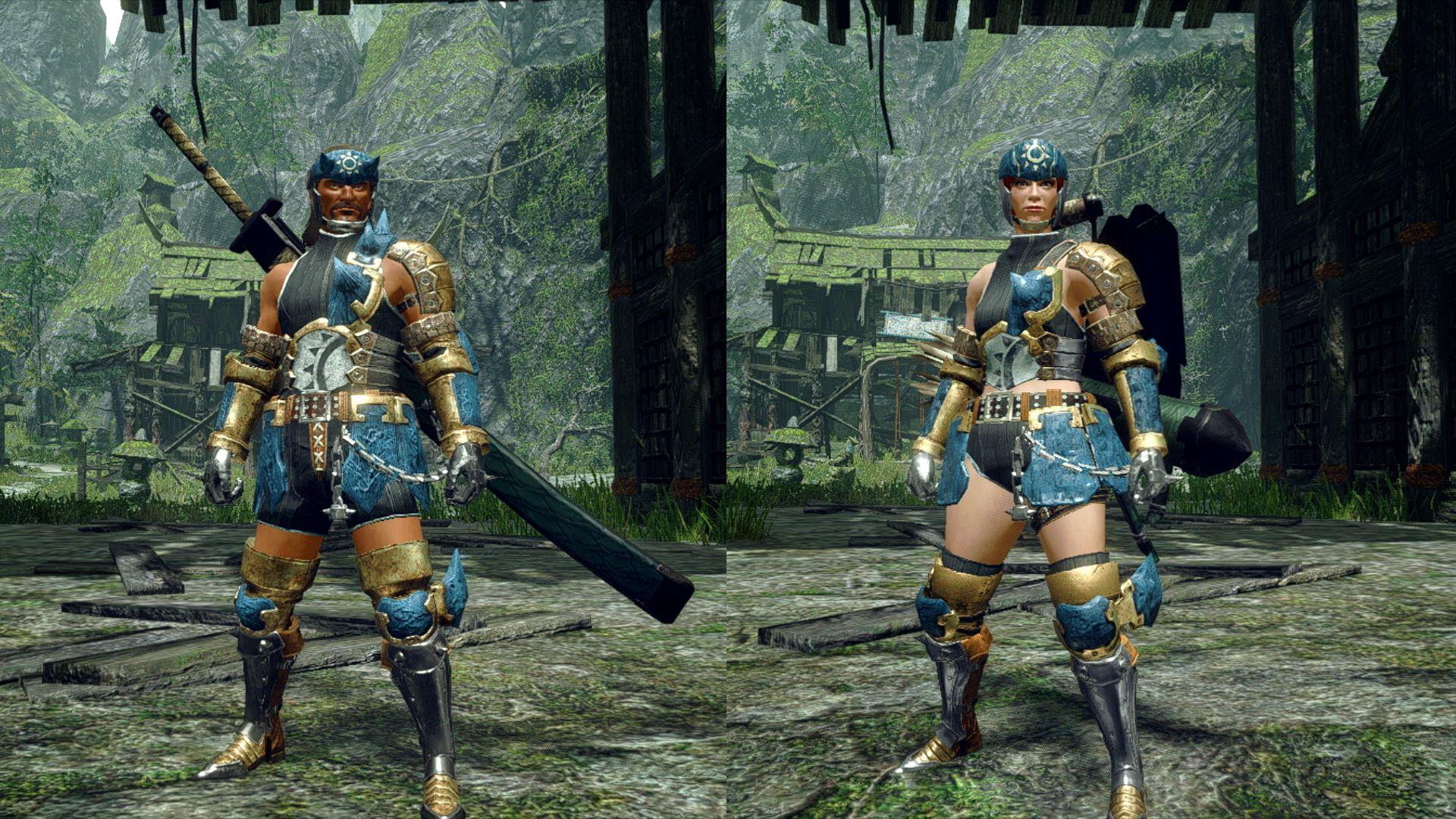 The same cannot be said for the Sunbreak content. I’ve always found fainting in Monster Hunter games to be fairly embarrassing – a sign indicating to other players that I’m just not as good as them. I quickly got over that feeling in Sunbreak, as – after a brief introductory period fighting ramped-up version of the base game’s monsters – the game revealed its blistering difficulty and people began dropping like flies all around me. Perhaps I don’t suck so bad after all.

Following the end of Rise, players are quickly whisked off to Elgado – a new hub area with all of the facilities one needs, and a fun new cast of characters (I particularly enjoyed the new princess quest giver, who throws off more “insecure librarian” vibes than “video game princess” vibes). The story, as usual, doesn’t do much beyond string together a series of hunts, and that’s absolutely fine. You still get plenty of the cheerful quirk and cat-based weirdness that you have come to expect from the series. 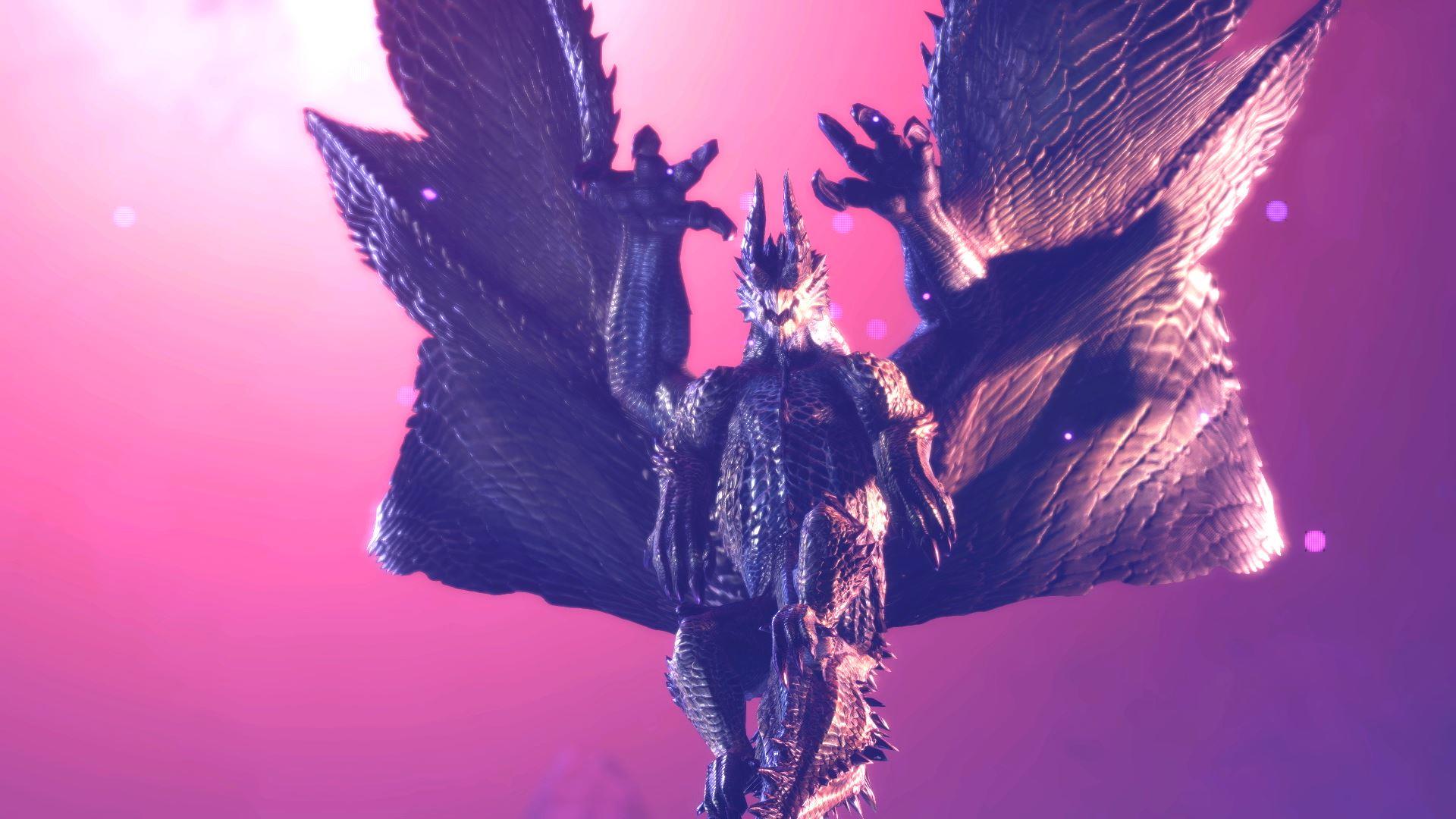 Right away, a ton of new stuff unlocks, though it might take you a few hours of playing to sort through it all. The most noticeable immediate change is the new Switch Skill Swap, for which the game sends you off to the arena for a quick lesson. Essentially, you unlock a series of new moves for your weapon, which can be swapped between on the fly during battle for more flexibility. If you’ve ever played a game where you switched stances to access an alternate move set, you get the point. This new feature is very cool, but to be honest, I’m so set in my move patterns that it was very difficult for me to remember to trigger these new skills. I had to actively think about it – and for me, actively thinking in a Monster Hunter game can lead to a quick walloping.

Another (less publicized, but just as important to me) change is the ability to climb walls. For anyone that struggled to use Rise’s bug-based verticality system in the base game, it will come as a welcome relief that you can now scurry up walls. The ability is kept within reason; you can only go as far as your quicky depleting stamina bar will allow, but it certainly makes getting around a lot more convenient. I would often climb as high as I could, then use the bugs to zip the rest of the way to the top. This upgrade has also been added to the base game, thank goodness. 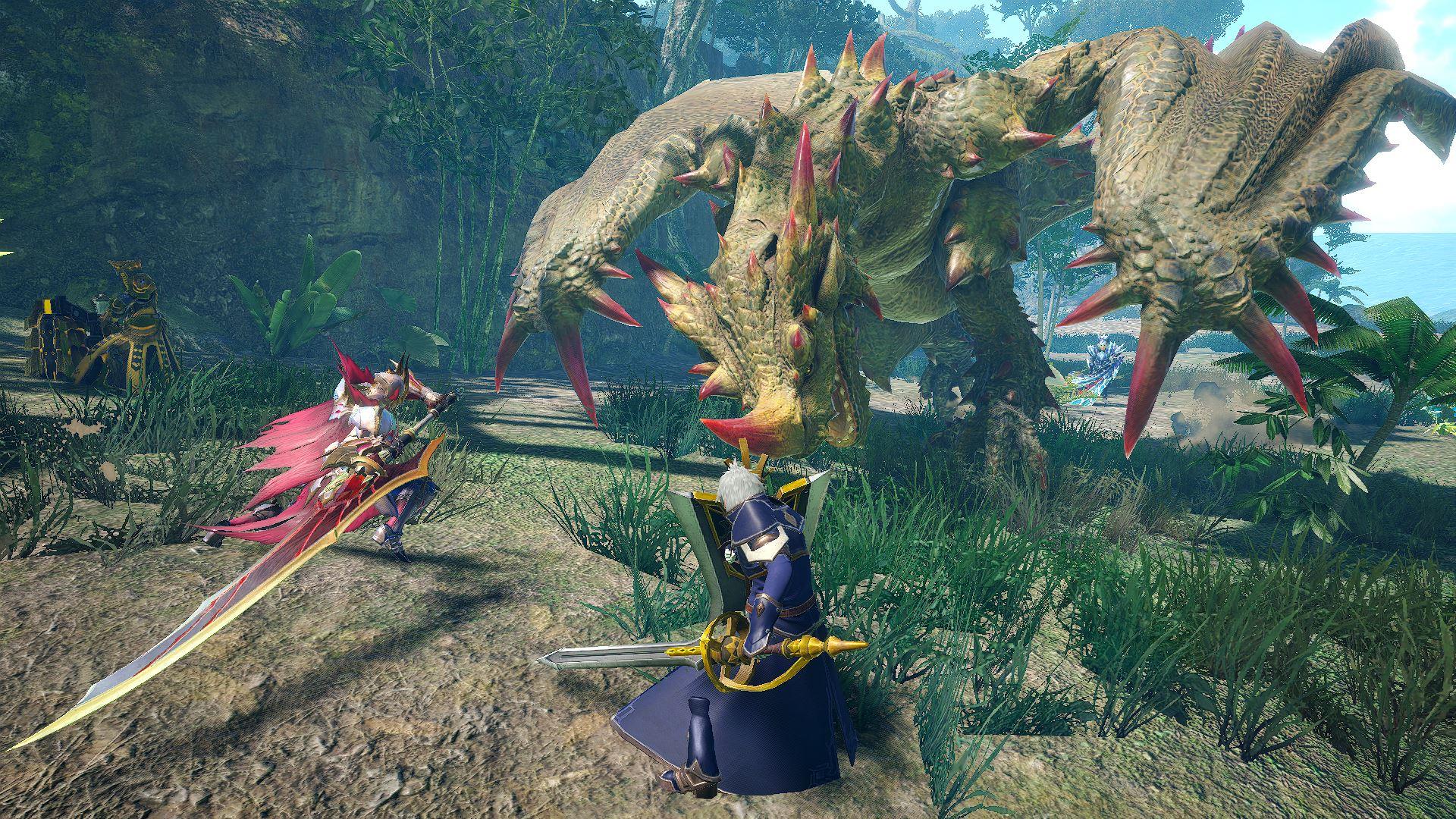 Of course, there are tons of new armor sets and weapons to grind for, doodads and talismans to pursue, and an entire new Master Rank to level up. There were so many gameplay mechanics in the base game that I quickly lost track of them all, and this new iteration is no different. Am I still supposed to send off my unused Palicoes and Palamutes on kites to run missions? What are all of these tickets for again? Don’t I have a pet owl around here somewhere? No matter – engage with what catches your fancy and ignore the rest – Sunbreak doesn’t mind, so long as you keep upgrading your gear and pushing forward with the hunts.

Speaking of hunts, there are 17 new monsters to eventually unlock in this expansion. And no, while I’ve seen most of them at this point, I have not seen them all. But the monsters I have fought are absolute bangers. Many of the “new” monsters are returning from earlier incarnations of Monster Hunter, but they are absolutely new to me. 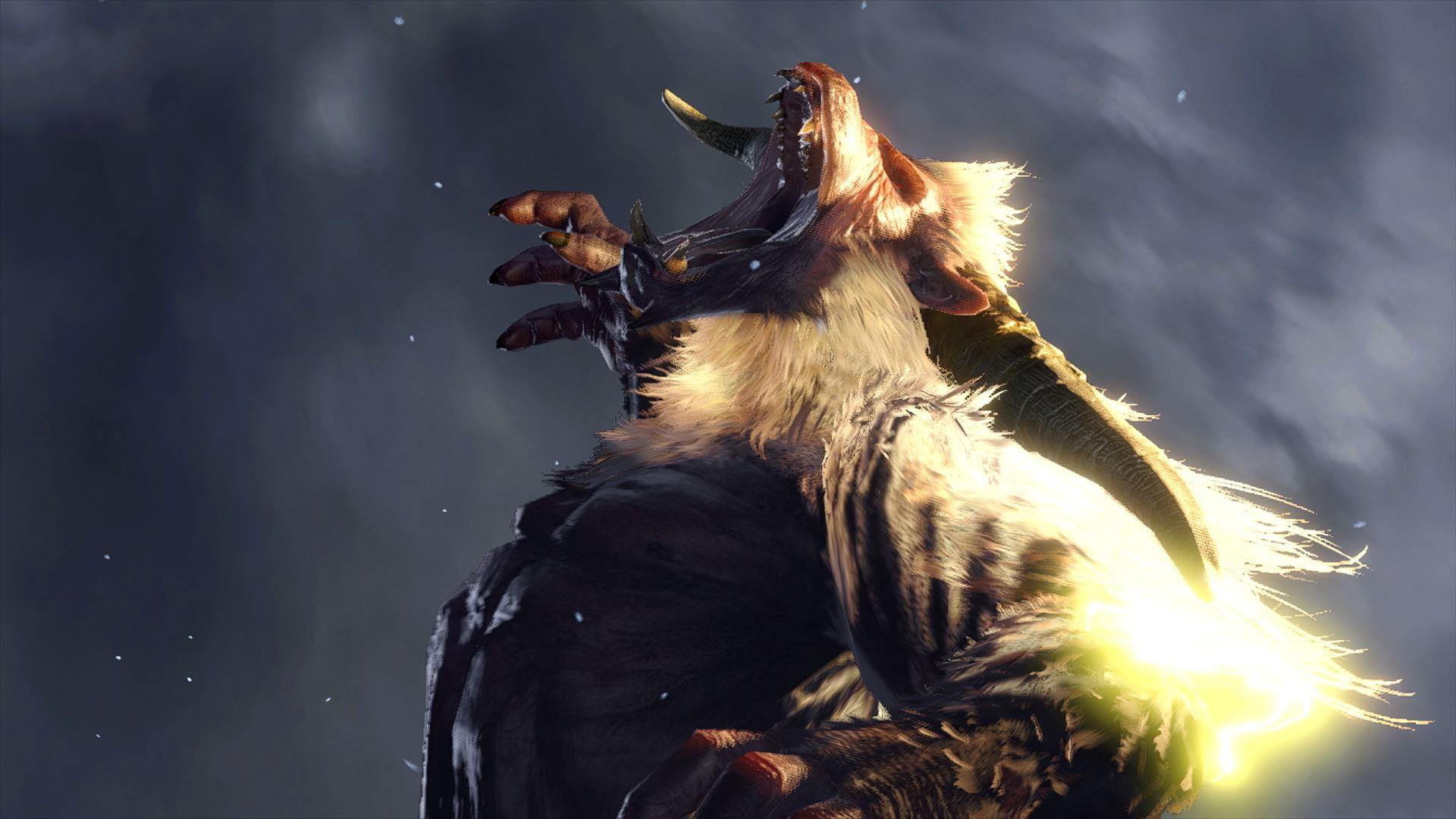 There is no other way to express this than to say it outright – the monsters in Sunbreak are more difficult than anything in the base game. Way, way more difficult. I’m very glad that I was forced to embrace multiplayer before tackling Sunbreak, because there is no way on God’s green earth that I would be able to defeat some of these brutes on my own. I don’t care how much the game scales to accommodate the number of players present in a hunt – I would get my ass handed to me without other players to distract these beasts from me.

Which leads me to the new “Follower” quests – quests that allow the player to take AI partners with them into the field. These are a bit restricted at first, but eventually you open up the ability to go nuts, choosing from a small pool to take three partners with you on hunts. These computer-controlled hunters are no slouches, either. I was surprised at how well they functioned in the field, often surpassing the abilities of some of the randos I found myself playing with through matchmaking. 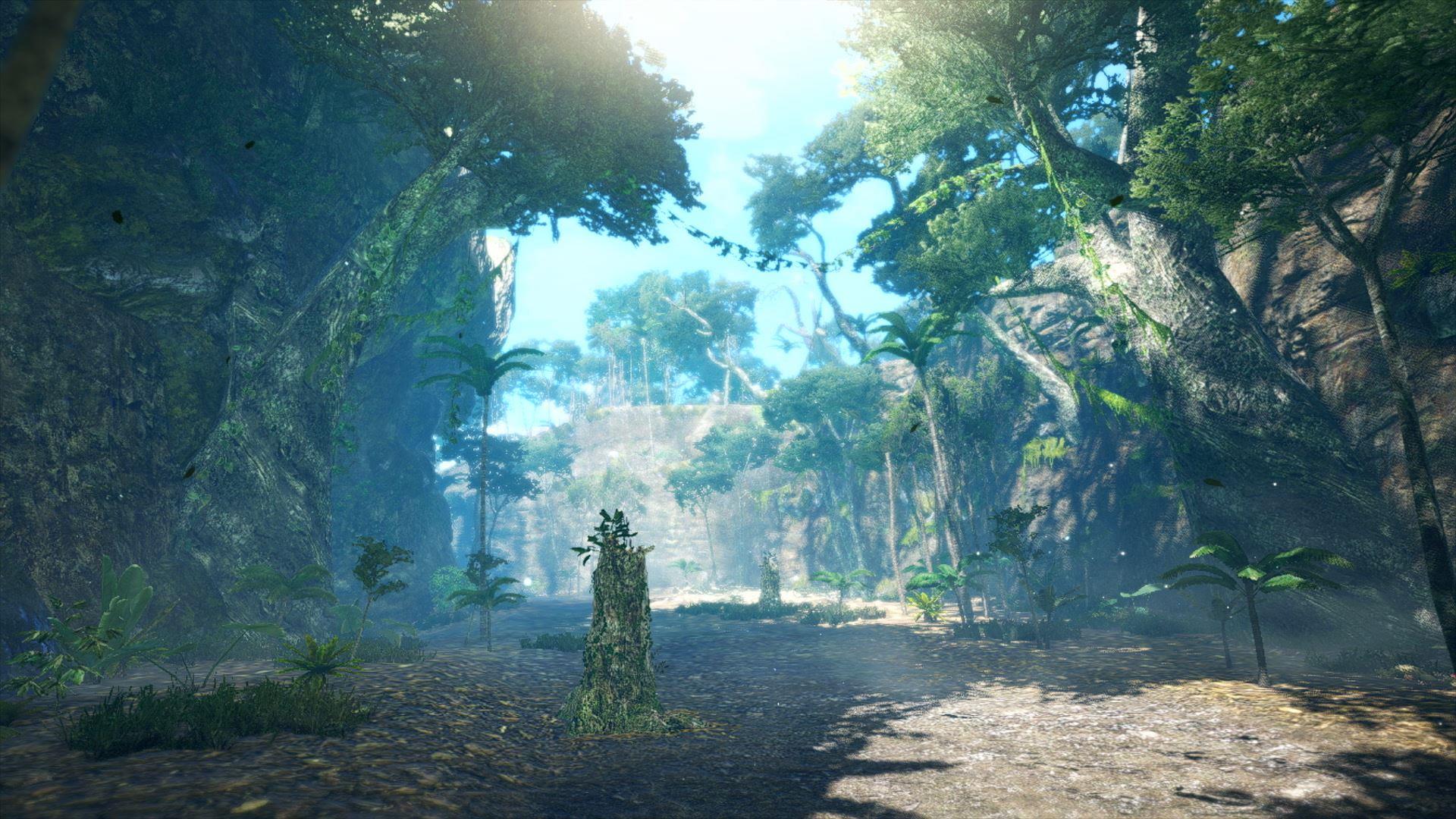 For all the new stuff in the expansion (I didn’t even mention the two new environments, which are both cool), playing this expansion still feels like playing a new chapter in Monster Hunter Rise. As I mentioned, Rise was one of the best games of the last year, and I may never have touched it again without the release of Sunbreak, so I’m thankful to be brought back into the fold.

I played Sunbreak on the Switch. I have both the PC and Switch versions of the game, but I was closer to the finish line with my Switch save, so that's the version I went with. While the PC version is unbelievably beautiful, the Switch version continues to be something of a technical marvel, squeezing out visuals that I wouldn't think possible from Nintendo's little-system-that-could. I can't believe how good looking this game is when played on a 65" TV. Capcom gets the job done, once again. 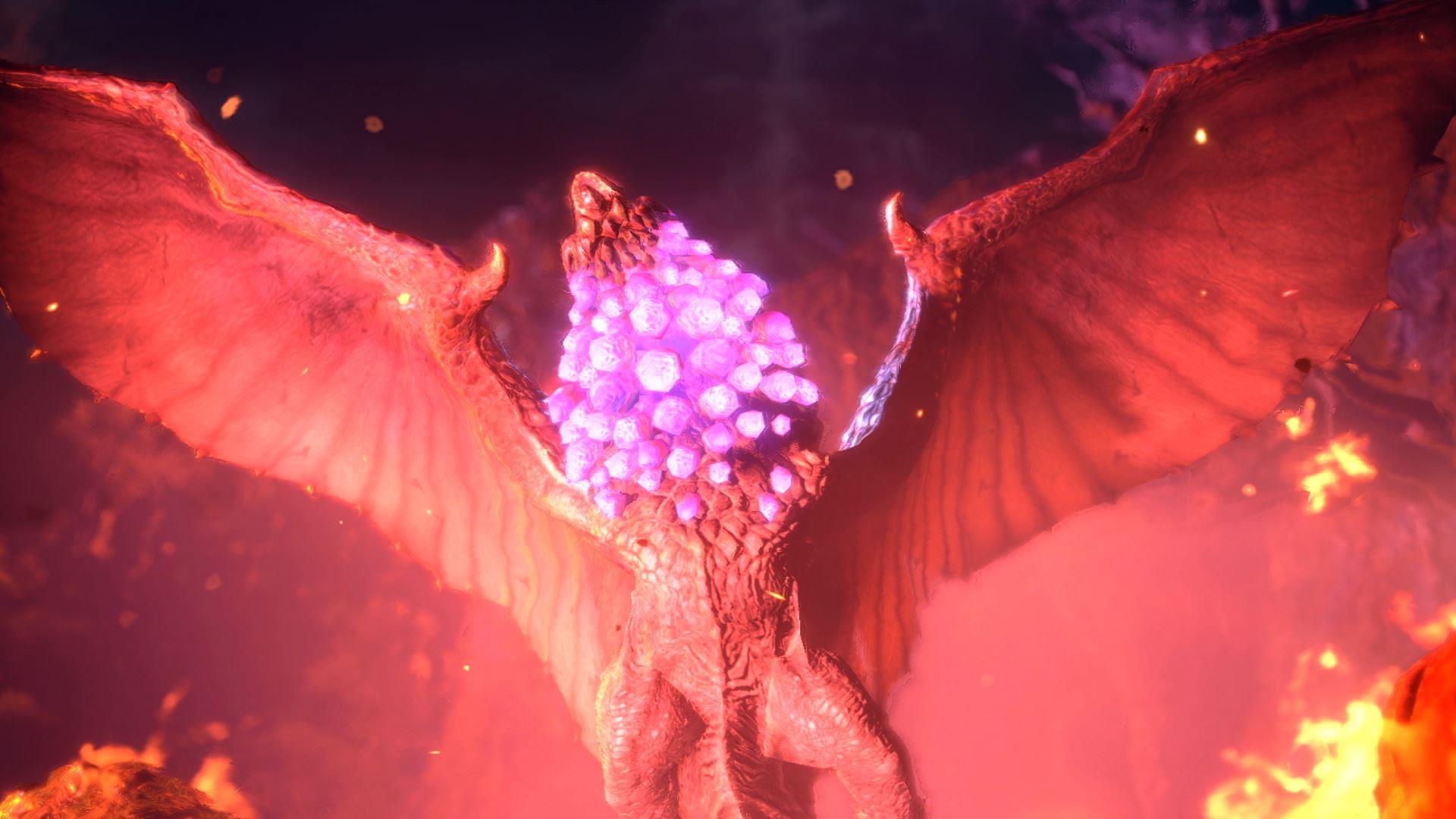 If you have even vague good memories of Monster Hunter Rise, you owe it to yourself to check out the expansion. And if you are new to the game, it’s the perfect time to jump in – the servers are mighty lively right now, and you’ll find a ton of folks to help you through the early hours. Sunbreak is a win-win, adding a much-needed conclusion to the game’s story to folks that just want to see that through, and a ton of new content for hardcore fans to sink another thousand hours into.

Monster Hunter Rise: Sunbreak adds more of everything that fans want – more quests, more environments, more endgame content – all couched in the same great gameplay that made Rise one of last year’s best titles. Enter aware of the blistering difficulty, but also acknowledge Sunbreak providing the tools to overcome it. Embrace the multiplayer, be prepared to faint, and have a blast.