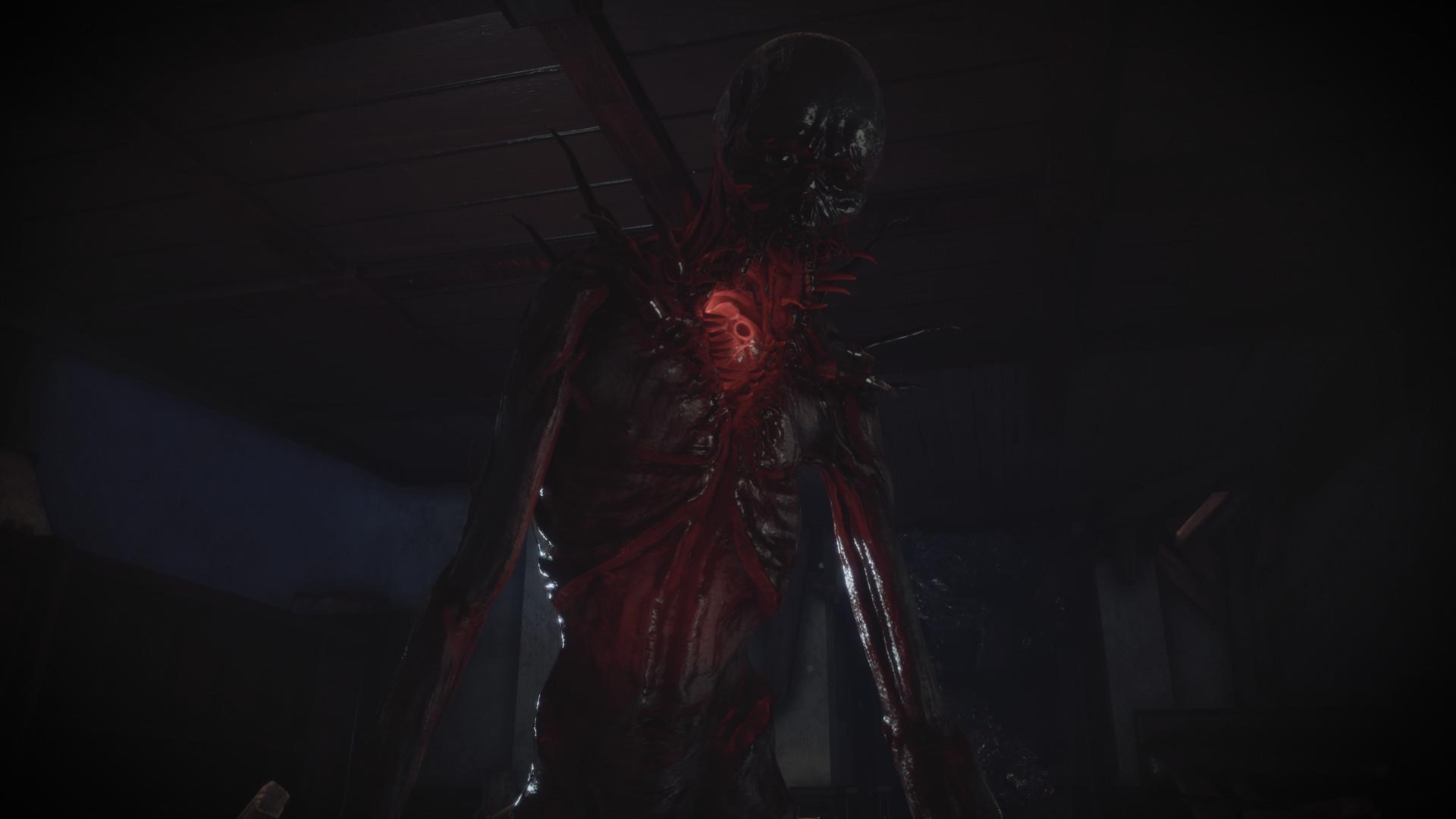 There’s nothing scary about hotels right? Hotels are known as a place to rest and relax on a vacation. Well, that certainly doesn’t match the description of the St. Dinfna Hotel, located in Treze Trilhas, Santa Catarina, Brazil. This hotel is rumored to be connected to several disappearances related to supernatural phenomena, and as a reporter and journalist, it is your job to find the truth and get to the bottom of it. Fobia - St. Dinfna Hotel is the debut project from indie developer Pulsatrix Studios. It delivers a competent survivor horror experience that not only draws inspiration from classic horror titles, but also adds a unique twist of its own.

Fobia - St. Dinfna Hotel is practically a love letter to Resident Evil, as it pretty much utilizes every major gameplay mechanic from the series. You start off in a seemingly normal state of events, learning of rumors in a hotel, only to dive deep into some weird scientific experiments gone wrong. Inventory management is emphasized as you have a limited number of slots- this is one of those games where you must play Tetris to arrange all your stuff perfectly. A storage chest that magically persists all of your stored items are placed conveniently throughout the game. Combine different items to form medical bandages and other useful tools. The infamous bolt-cutting pliers make an appearance here too! Safe rooms and even the calming music from them are a thing. Shortcuts, puzzles, and backtracking are aplenty as well. The game even has a Mr. X equivalent that you can’t defeat and frequently stalks you through different segments of the game. 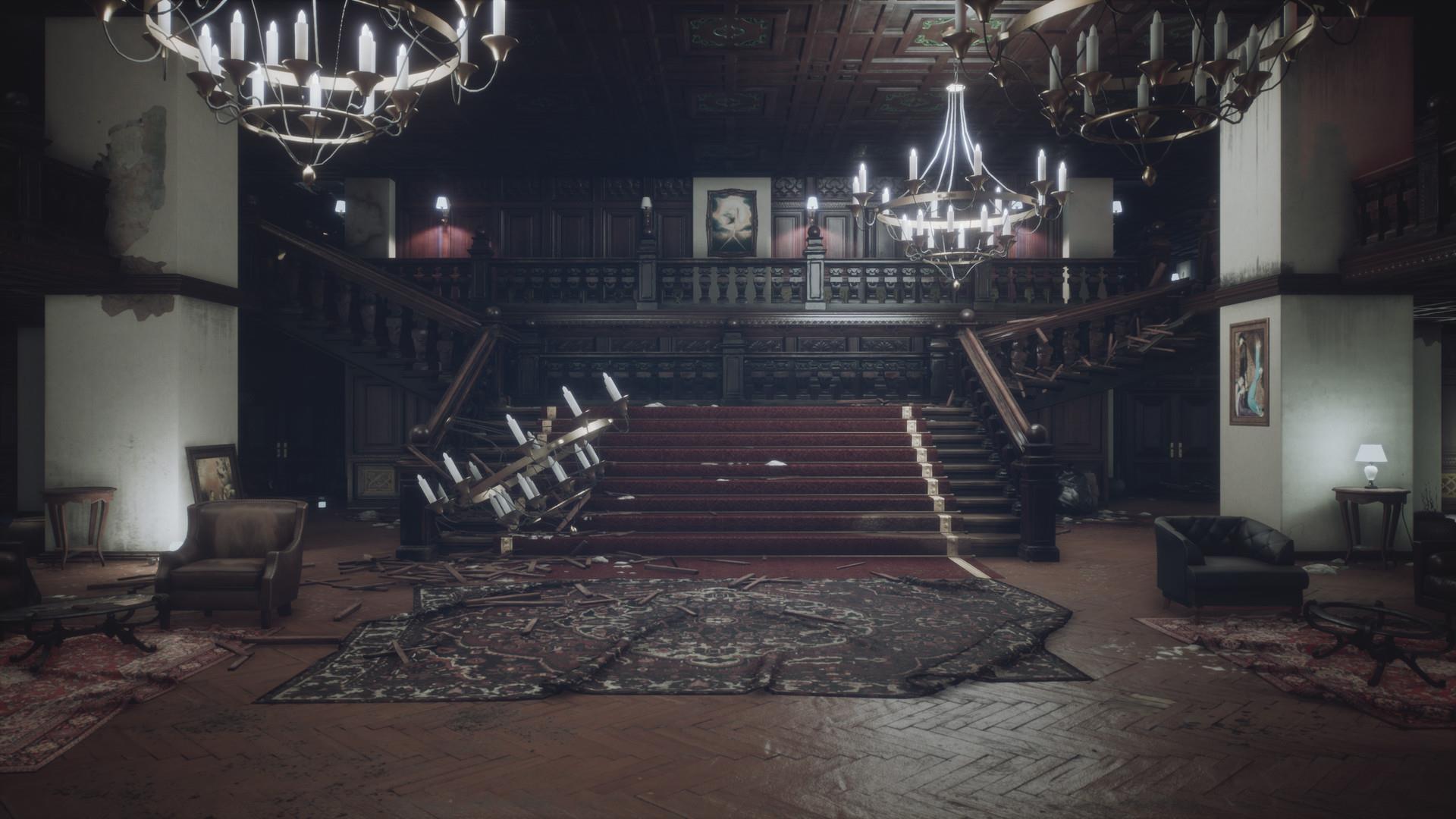 The way this game stands out from its inspirations is in its usage of a mysterious camera that allows you to see into parallel realities. Some paths can only be progressed - and some key items can only be seen - while viewed through the lenses of the camera. You pretty much have two entirely different worlds to explore if you want to uncover all the secrets of the hotel. Throughout the story, you also take control of another protagonist, so you get to see the narrative unfold in the perspective of another important figure. The game doesn’t shy away from feeding you tons of clues and documents to read, because after all, you are a journalist that must deduce the truth.

My biggest gripe about the game is how janky and limited the controls feel. Even basic movements of walking and running feel unpolished due to the camera bobbing up and down. This can get a little bit tiresome on your eyes due to the shaking, and there is no setting to disable this. It’s unclear if this was added to FOBIA as a feature to make the first person perspective more immersive, but it definitely feels bad when actually playing. Hitbox mechanics are also questionable, as you frequently get hit unexpectedly or get stuck trying to run past an enemy.

Shortcuts to pull up a weapon sometimes don’t work, forcing you to reboot the game or wait until the controls magically get unstuck. This is exceptionally frustrating during enemy and boss encounters, as this game is practically devoid of any stealth options. There’s no animation canceling meaning you cannot switch weapons mid-reload, and boy are the reload animations painfully long. Once a magazine is depleted, you are forced to reload. There’s a decent variety of weapons, ranging from a pistol to a machine gun, but the balancing needs work. Sometimes two pistol shots will down an enemy whereas four shotgun barrels won’t do the trick. 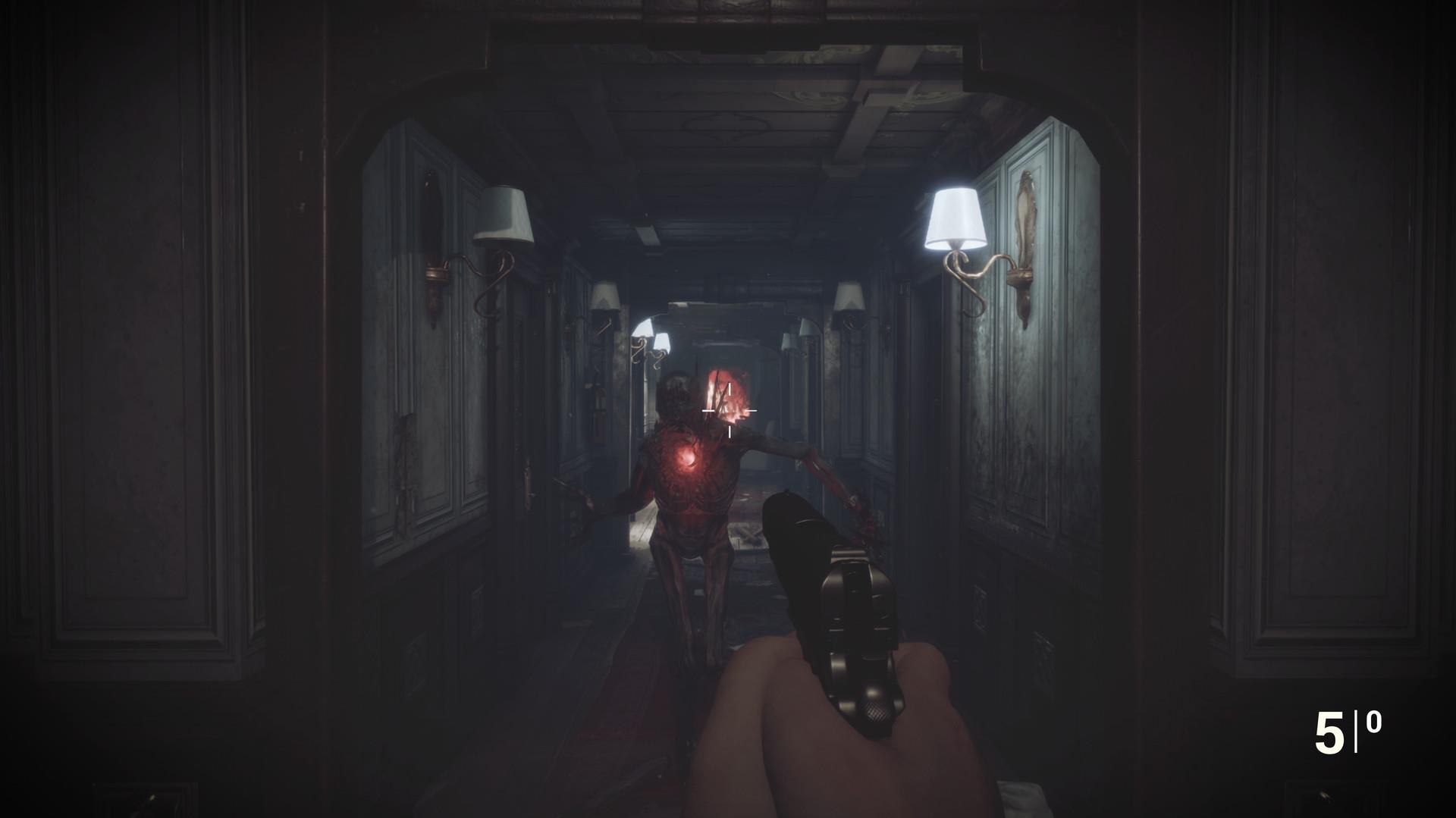 Enemy diversity is quite limited, containing only two types of monsters aside from the boss encounters: a bug-like creature and the game’s equivalent of a zombie. Although the game gives you more than enough ammunition and healing, the monster health pools are widely inconsistent and weirdly spongey. One zombie might take two pistol shots to go down but another might take six. The bosses, on the other hand, were quite refreshing, featuring vastly different movesets, enemy designs, and arenas. FOBIA - St. Dinfna Hotel contains three boss battles, none of which I will spoil but yes, you do get to fight the Mr. X of this game at some point. I appreciated the fact that the game will spawn more ammunition if you run out during a boss fight, so you will never end up hopeless. This is a minor attention to detail that goes a long way.

The narrative is a bit murky, especially in the beginning, since a lot of things happen at once, but get a little clearer by the end of the game. Still, I am left perplexed with more questions than answers after the credits started to roll. This can be seen as both a good and bad thing for a game of this nature, as it gives the developers more leeway for future content, but also leaves the story incomplete as it is now. I really hope the universe surrounding the St. Dinfna Hotel will continue to expand and doesn’t end here. 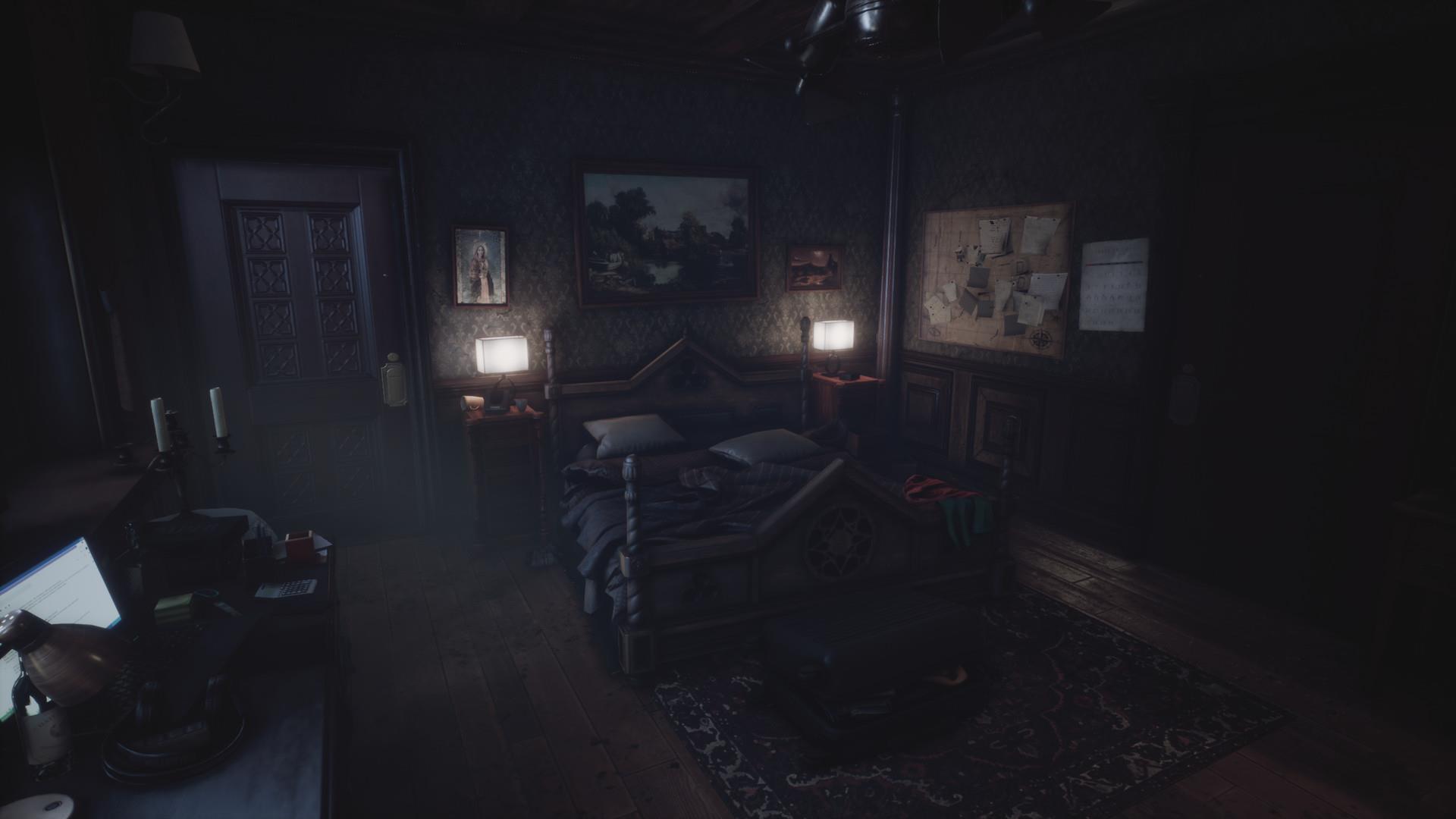 Resident Evil games aren’t known for being lengthy games but instead promote replayability, so how does this game fare in that sense? Well I’m happy to say it fares pretty well! There are no difficulty options, but one standard playthrough of Fobia - St. Dinfna Hotel takes around 7-8 hours, and includes a New Game Plus mode that carries over all of your unlocked weapons. An Extras mode is unlocked after you beat the game for the first time, which showcases all of your collected artifacts for more in-game lore.

It’s encouraging to see more indie games take on the Resident Evil formula, even if the inspiration is a little too blatant. FOBIA - St. Dinfna Hotel doesn’t break the mold of the survival horror genre, but definitely delivers a worthwhile and terrifying experience. It is an amazing feat for a small game studio to implement a game of this caliber as their first project. If you’re still not convinced that the game is worth taking a look at, there’s a free demo on PC via Steam that you can try out for yourself.

If you enjoy modern Resident Evil titles such as Resident Evil 7 and Village, then you will feel right at home with Fobia - St. Dinfna Hotel. It’s an obvious love letter to the franchise that contains plenty of lore, mystery, horror, and puzzles. Unfortunately, the janky controls take away from what otherwise is an indie game with lots of heart and promise.