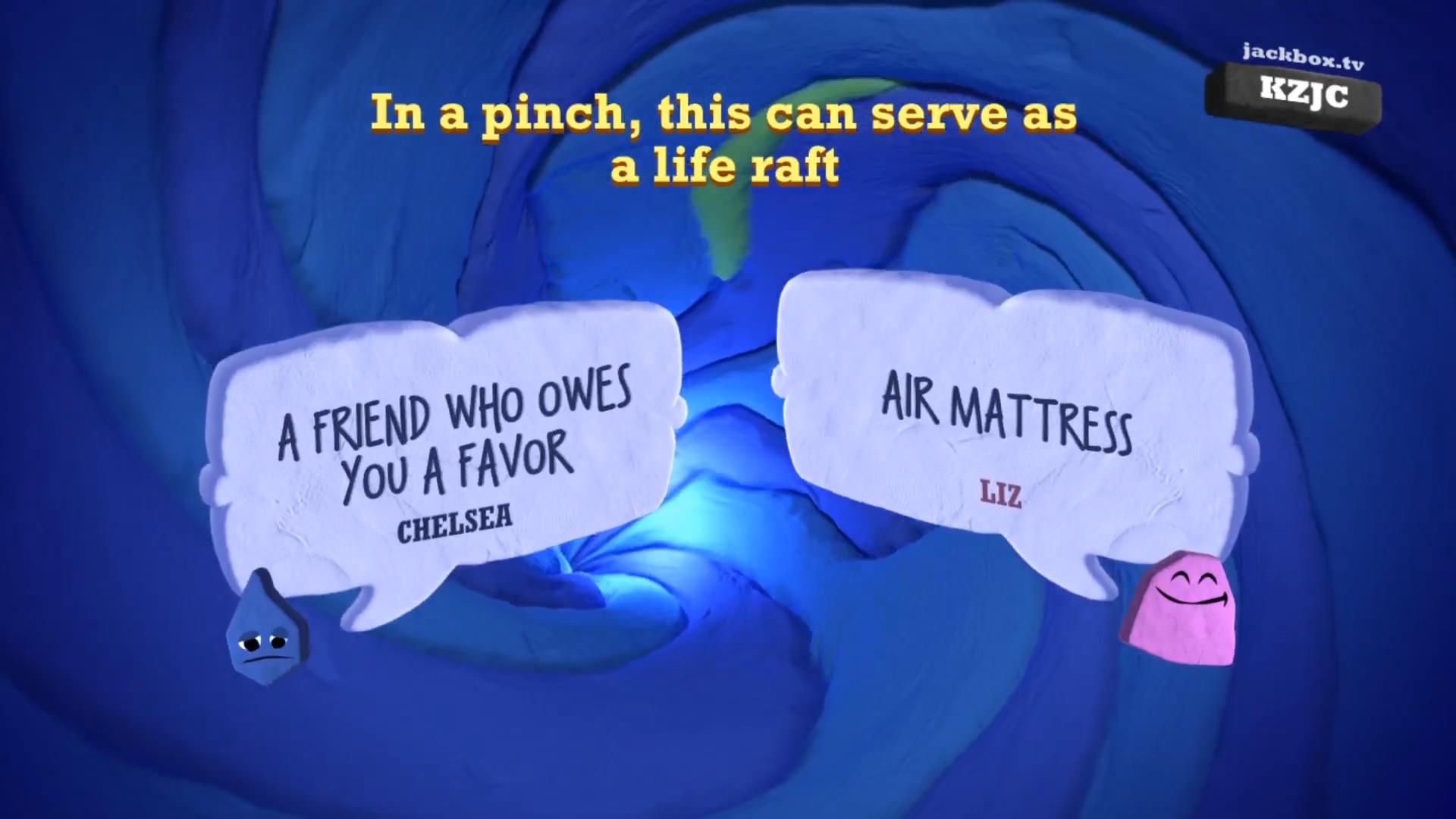 We had the opportunity to sit down with Jackbox games and CEO Mike Bilder to preview their upcoming Jackbox Party Starter, just in time for the summer! During this preview, we got to learn a bit about the games included, what’s new, and even got to play against the developers themselves!

The Jackbox Party Starter includes three previously released games that have been updated so that anyone at any event can have a blast! The collection comprises of Quiplash 3, Tee K.O., and Trivia Murder Party 2. These particular games were hand picked to be the most popular and beloved games of the entire franchise! 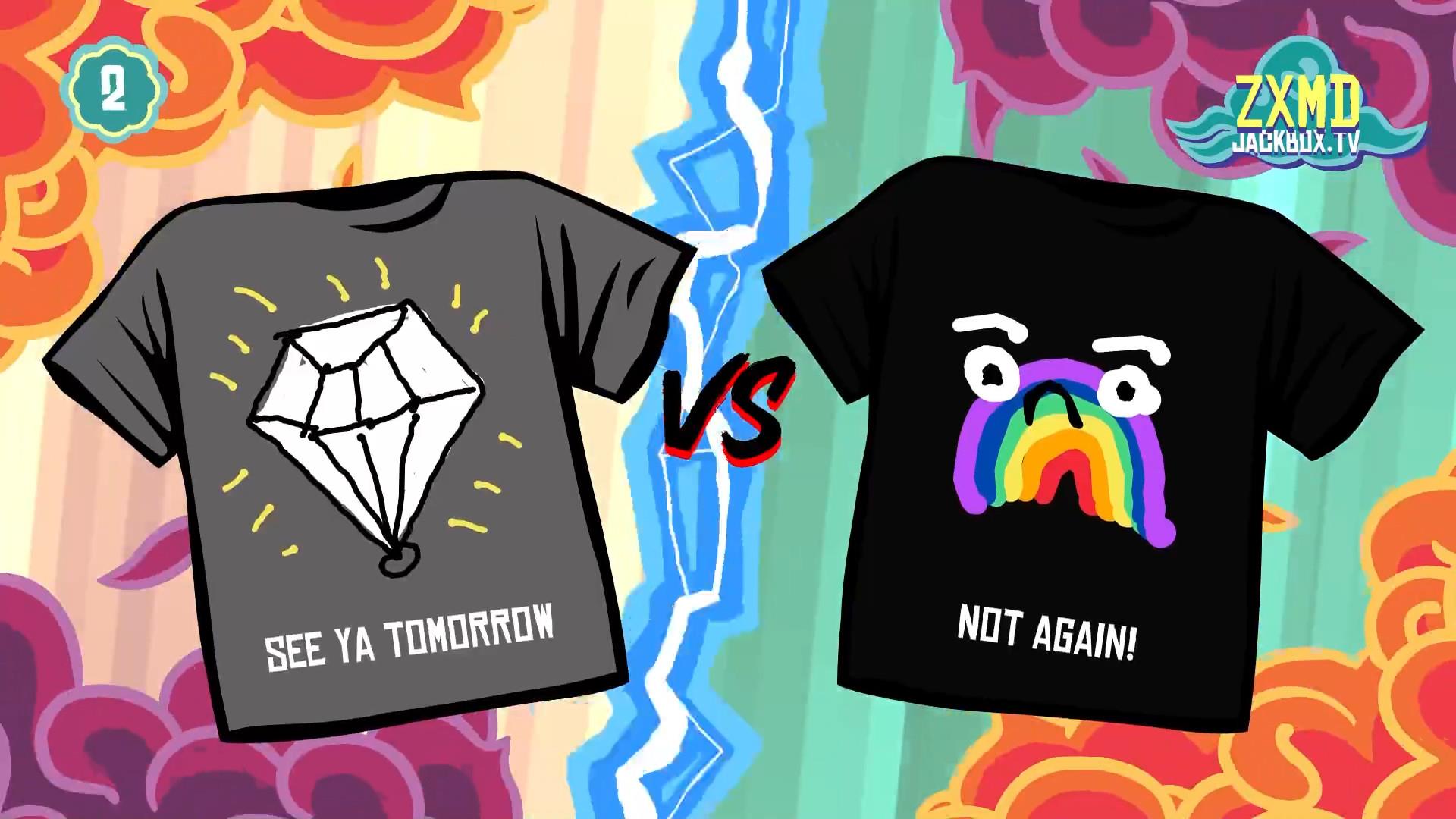 Quiplash 3, first appearing in Party Pack 7, is the third iteration of the popular Quiplash game originally introduced in Party Pack 2. Players come up with witty responses to wacky prompts and let other players decide which is the funniest! Quiplash 3 now features a family friendly toggle that allows moderation and filtering of profanity and hateful speech and a new final round called Thriplash.

Tee K.O. first appeared in Party Pack 3, and pits players together to design and draw the best t-shirt logo. What’s awesome about this game is that you can actually purchase and print out your t-shirts at the end of the competition at Jackbox.tv. Tee K.O. has been revamped with new features, making it easy to share your designs on social media.

Trivia Murder Party 2, originally from Party Pack 6, has players answer trivia questions against a serial killer. Correct answers move you on the Killing Floor, where you compete in minigames against other survivors. Losing here turns you into a ghost, but don’t worry, ghosts can still win the game! This second iteration includes new mini games such as tattooing the killer’s back or using a rotary phone! 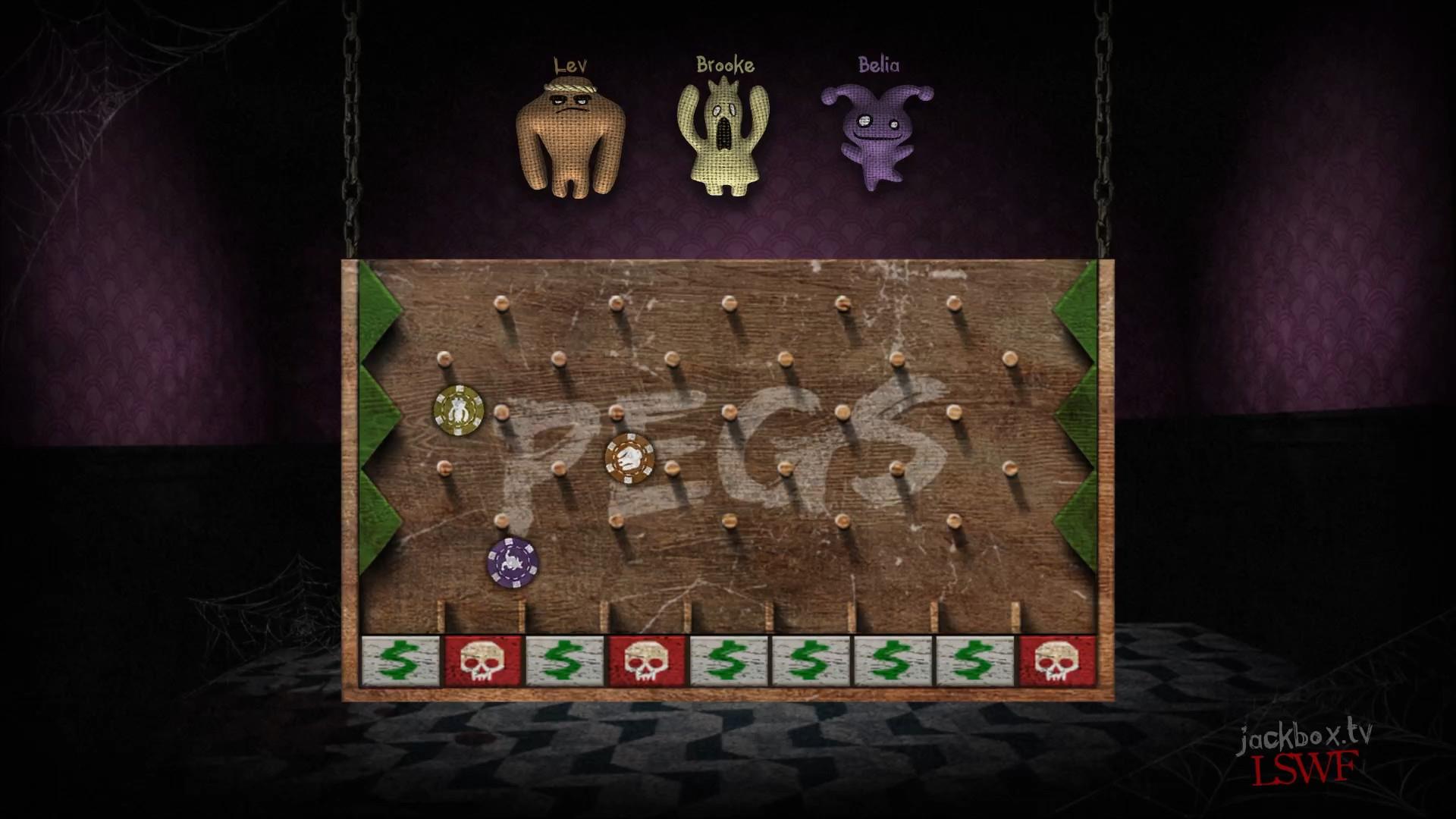 All three games have been updated to include moderation, content filtration, and subtitles. The developers have even gone to include localized voice acting, subtitles and credit songs in six different languages! Languages include French, Italian, German and Spanish. No extra controllers are needed as everyone can use their mobile devices to play. Each game supports up to eight players and ten thousand audience members!

This starter pack is perfect for those who are new to the series, and want to get a taste of what Jackbox Party games are all about. The Jackbox Party Starter, filled with three exciting games, will be available for $19.99 on Thursday June 30, 2022 on PC, Mac and Linux via Steam.