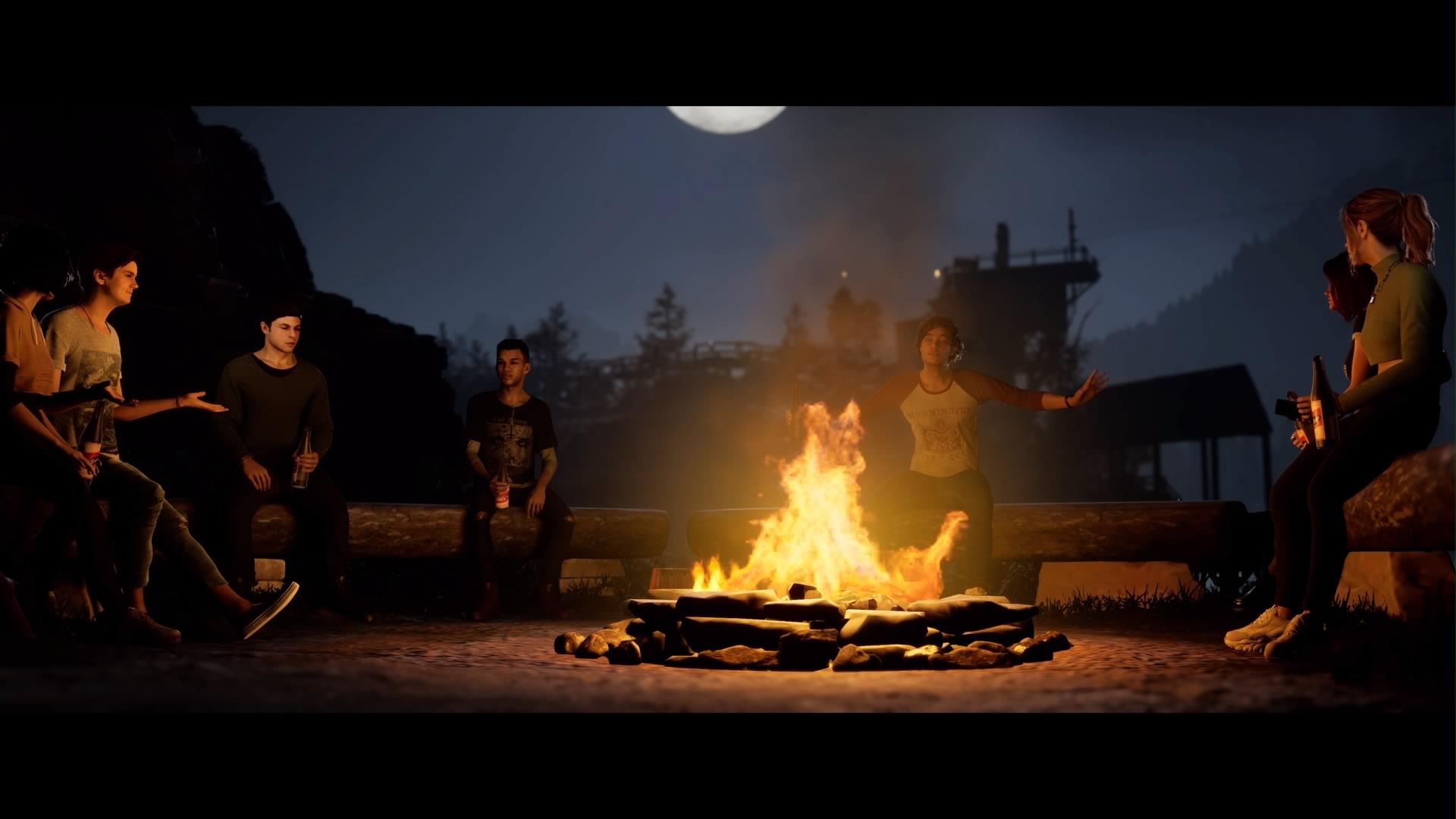 The first movie of horror movie franchise seems like it's always the best no matter how many sequels there are. Whether it was A Nightmare on Elm Street, Halloween, Texas Chainsaw Massacre, Saw etc.. the first movie is usually fantastic and with each sequel the series got worse and worse. Unfortunately I see the same thing happening with Supermassive games. Until Dawn was fantastic. The Dark Pictures Anthology games are okay. The Quarry is mediocre.

The latest from Supermassive stars a pretty impressive cast including David Arquette, Justice Smith, Ariel Winter, Brenda Song and more. Right from the start it's clear where the inspiration for The Quarry came from. A group of teenage counselors are at a summer camp and of course bad things start to happen. The campers have just gone home and the teenage counselors left are all saying their final goodbyes before returning home but one moron in the group dooms them all to a night of death and destruction. 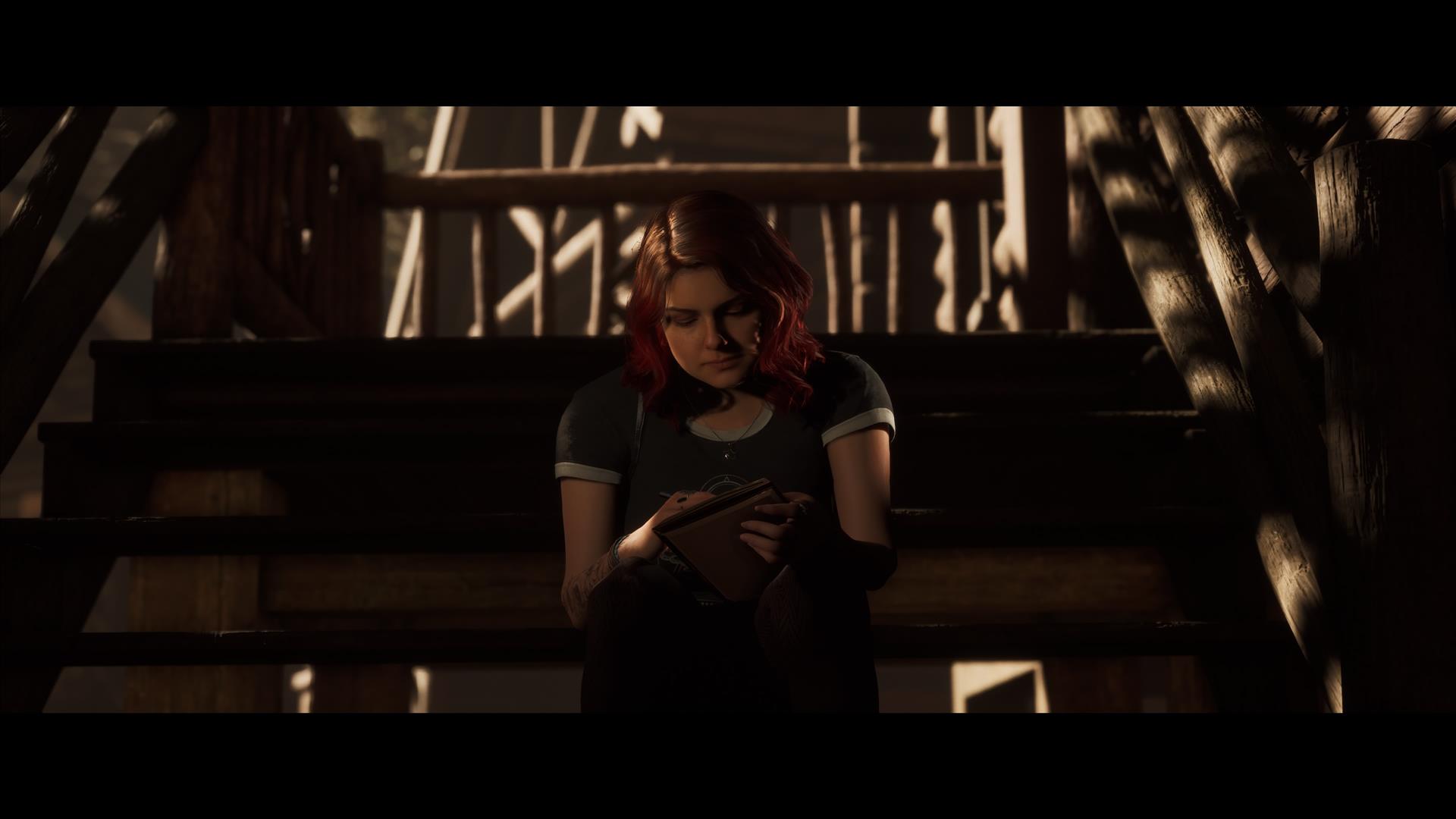 The Quarry leans heavily into 80s horror tropes despite taking place in modern day. You got the Chad dude bro character Jacob, Emma - the blonde bombshell ditzy girl who is always taking selfies, the sarcastic wise cracking dude, the shy innocent will-they-or-won't-they couple Abigail and Nick, the awkward Ryan and the no nonsense Kaitlyn. When you first meet these characters, they really lean into these 80s tropes to the point where you cannot wait to watch all of them die. They lean in so much that the game almost becomes unbearable. For instance, one of the main reasons why everything in this game goes down in the first place is because Jacob decides to destroy the only vehicle out of the camp. Why? Because he thinks if they spend one more night at the camp he can sleep with Emma. Yeah...like I said, some of these characters are just unbearable. To make matters worse another character who has vital information about what's going on says nothing. So it seems like the plot of this game only moves along because of the stupidity of characters. I'm being vague here to avoid spoilers but most of this happens in just the first few hours. 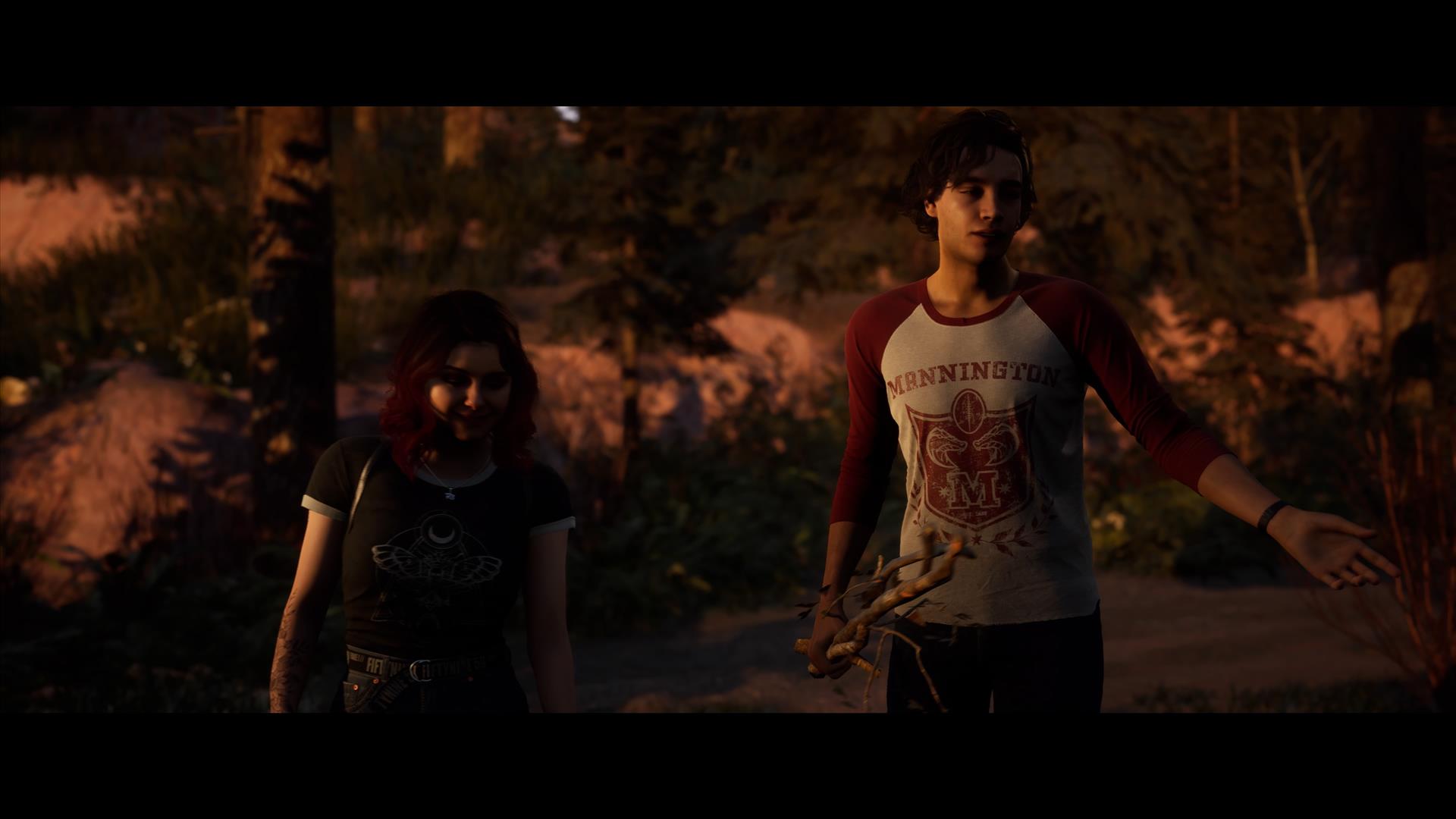 The Quarry takes a bit to get going. Most of the first act is spent introducing all the characters, but there are still important choices to make here. Just like the butterfly effect from Until Dawn or the bearings from the Dark Pictures games, at various points in the game you will have one of two important decisions to make which may have immediate consequences or consequences you may not see until the end of the game. Something as simple as opening a door can lead to life or death later on. I do love this about these games, and I enjoy how each path in the menu has it's own 80s style horror movie VHS tape. The entirety of The Quarry has that 80s horror movie atmosphere, which is executed extremely well. Your choices in how you respond to characters can have an effect on the story as well, as these will change how other characters feel about you and can change a character from being a coward into being a hero. Other than that there are quick time events to complete. I think these are the most disappointing part of the game. They are incredibly easy to complete, and it got to the point where I was purposefully failing them just to see what would happen because their simplicity removed any tension from the scenes in which they occur.

Much like other Supermassive games, this one plays out like a movie with brief sections of interactivity where you walk around and find collectibles. They hid these things well, because some of the areas you can walk around in are quite big. The collectibles this time around will allow you to learn the backstory of the summer camp. Like Supermassive's other games you can see glimpses into a possible future and potential death of a character with the tarot cards. These are like the totems in Until Dawn or the photos in the Dark Pictures games. They work differently here, as you can only view them once you get to the break in between chapters where you are greeted by this games version of the therapist or curator, who will usually praise you or make fun of you depending on how the story is going. 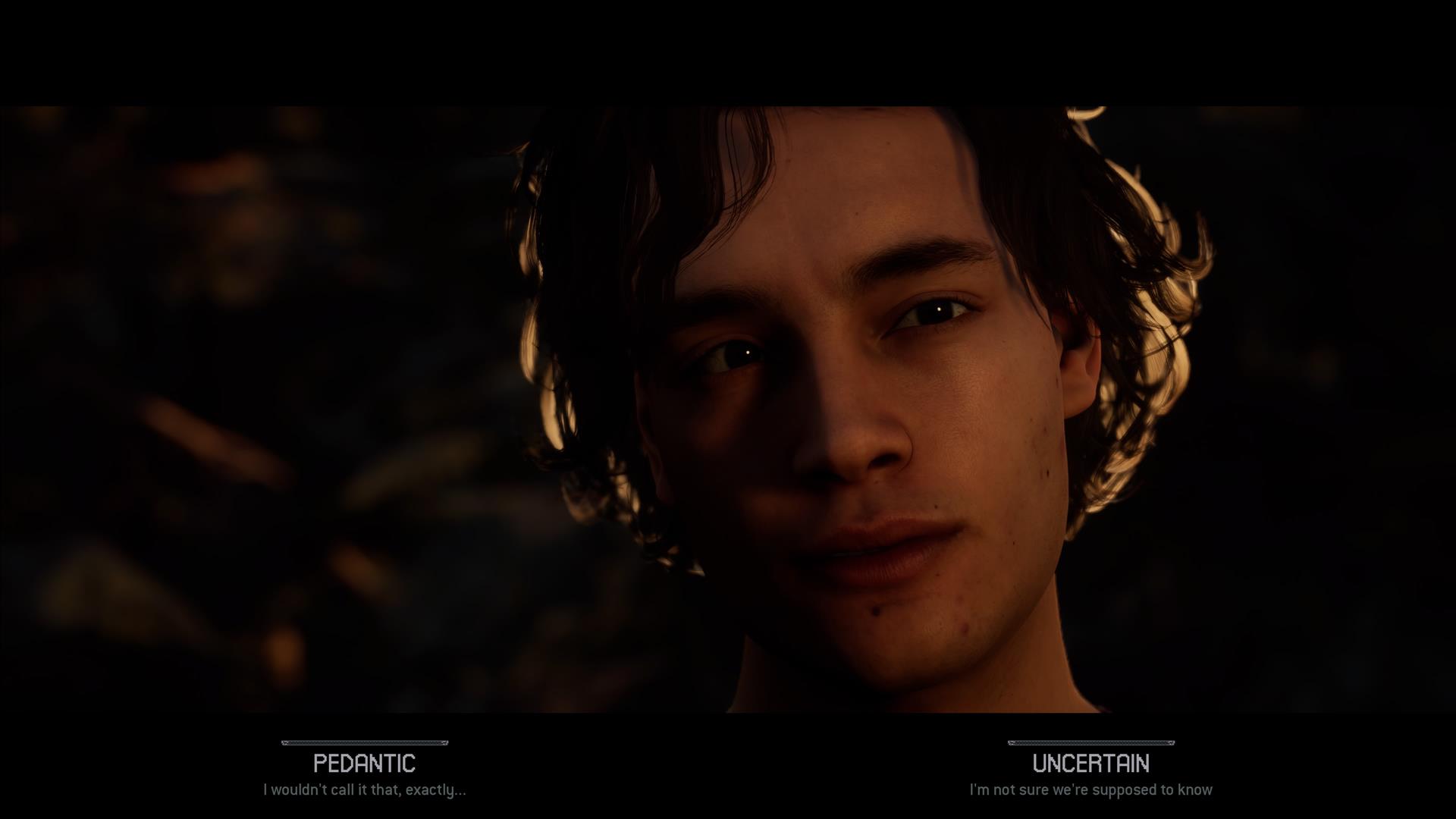 The middle section of the game, where you start finding out what's going on and where the characters start to get split up, is the best part of the game. However, this is where you get to the point where you realize how little interactivity there is here compared to Supermassive's previous games. There can be long sections where you will just be watching and funnily enough my controller turned off once because I wasn't doing anything. It also appears that you can't skip any scenes which may make subsequent playthroughs tedious.

Then you get to the ending and it felt like Mass Effect 3 all over again. The game just... ends. All that build up and there's no epilogue, no resolution - just short videos of each character with "this person died" or "this person lived" while "Daydream Believer" from the Monkees plays in the background. To make matters worse, if you do want some kind of resolution to the events of the night you have to listen to a 20 minute podcast that plays as the credits roll. This podcast will change depending on how much evidence you collected during the game. To me, unless you want to get the platinum trophy, this completely kills any kind of replayability for this game because no matter what choices you make, you're still gonna get this ending every single time. Sure some characters may die, some may live, but the game always ends the same way. It really seems like this was an incredibly rushed way to get some kind of ending in the game before it launched. 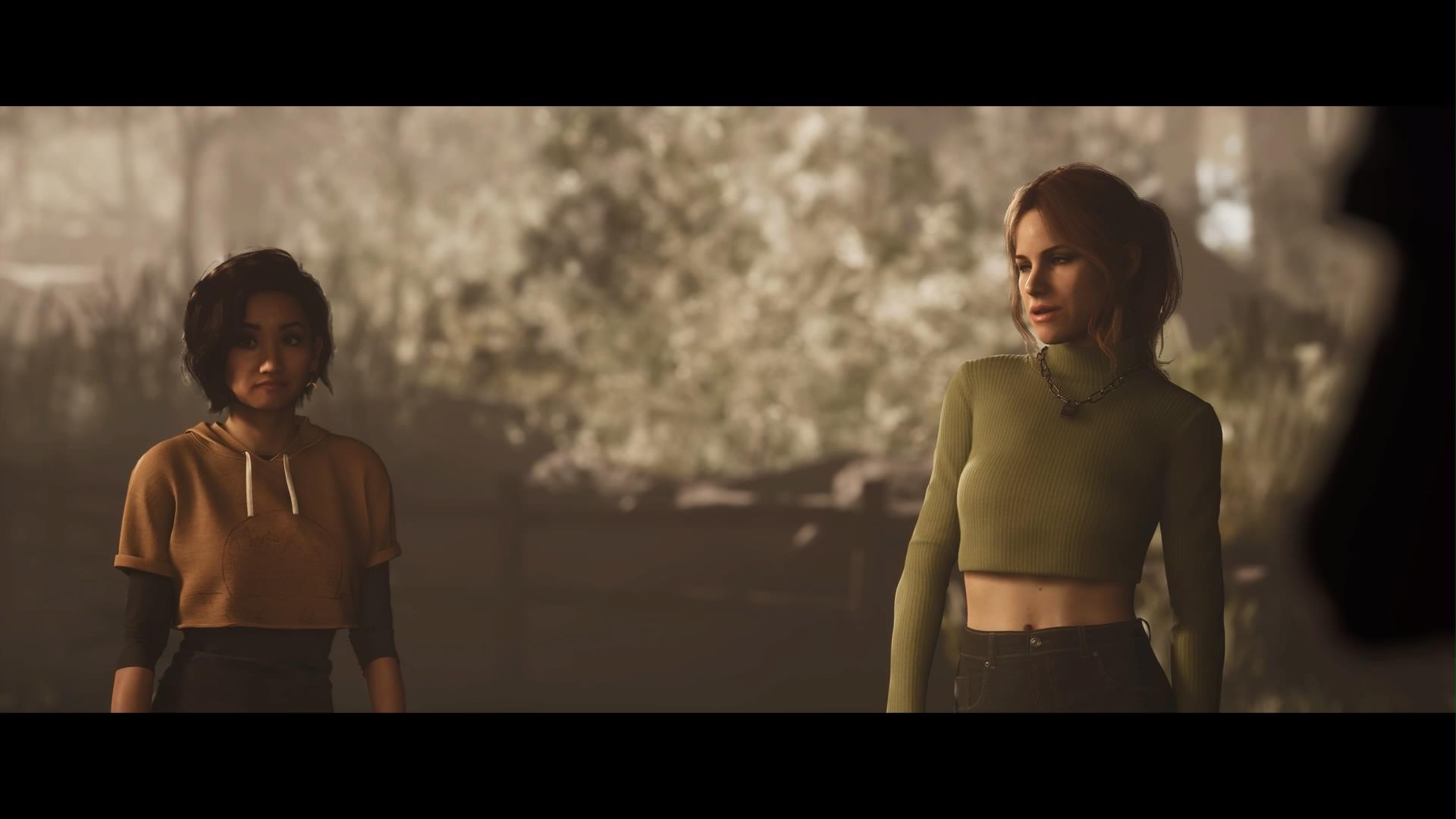 After beating the game you do unlock director mode, where you can watch the game play out with all the interactivity sections removed, essentially turning it into a movie. There are some options here where you can choose whether you want everyone to live, everyone to die or "bloodbath" mode where it will give everyone the most gruesome death possible. You also have the option to change everyone's stats and let the story play out randomly. The stats will essentially determine how the characters will react to certain situations. For instance if you make a character clumsy they will probably fail those QTE sections which could lead to death. It's a cool option if you got a group of friends over for a laugh, but for me this isn't really something I would use.

The Quarry has it's moments but you are really gonna have to shut off your brain for this one. I don't mind leaning into 80s tropes but when characters have to be stupid or have to withhold information in order for the plot to work, that's where I take issue because this just feels like bad writing, and playing homage to 80s tropes and horror movies isn't an excuse. It's a shame, because towards the middle of the game I was really enjoying it and I even warmed up to some of the characters, but the abrupt ending completely soured me on the experience. The Quarry isn't terrible, but it's not nearly as good as Supermassive's other offerings.

As a fan of Supermassive's other games I was really excited for this one, hoping it would be as good as Until Dawn, but after I finished it I just felt disappointed, especially with the abrupt ending and bad writing that made me not even want to try another playthrough to see how else the story could have played out.