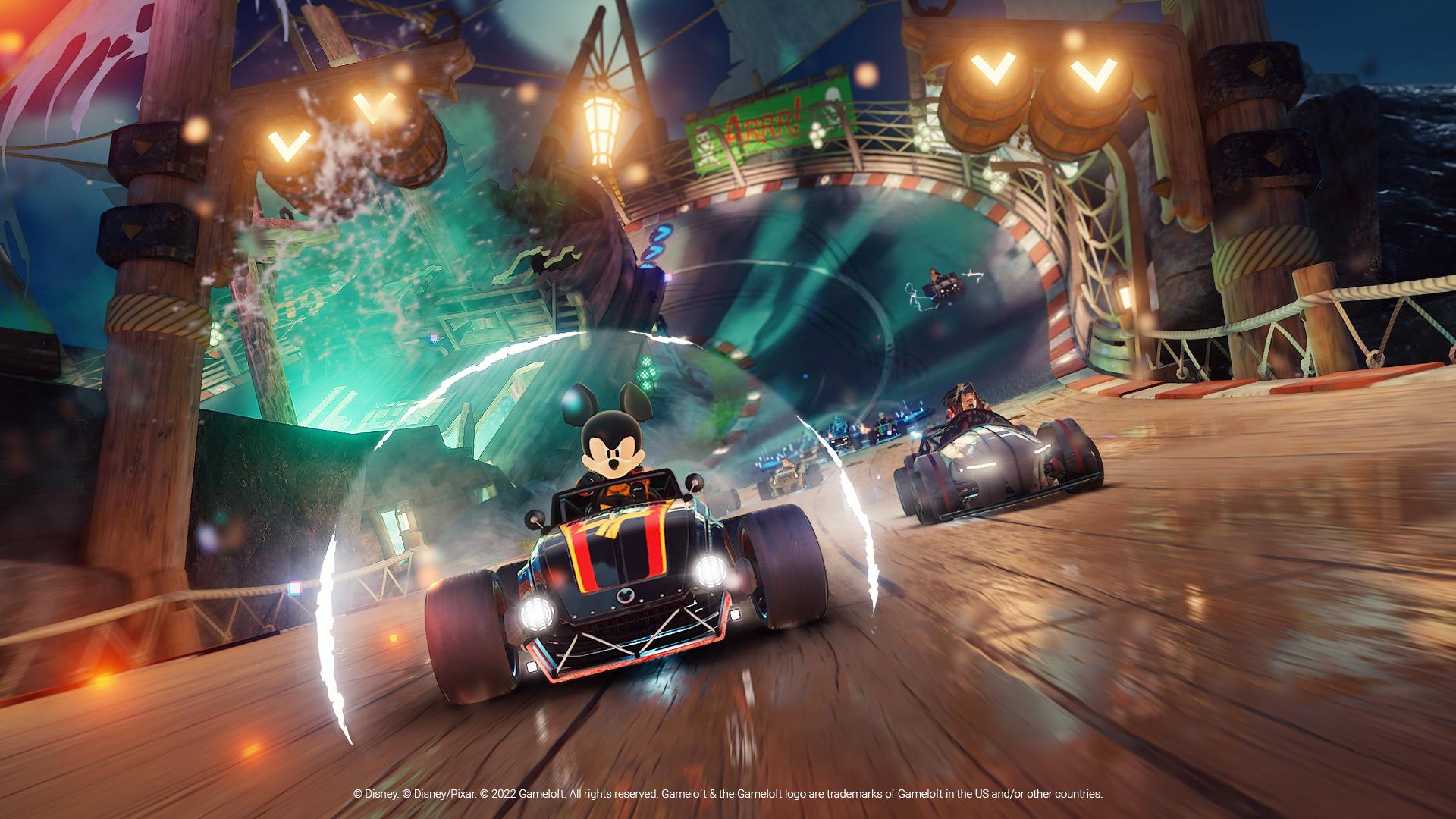 Gameloft, the developer behind some of the best known free-to-play mobile titles, dipped its toes in the waters of console gaming four years ago with Asphalt 9, a well-received free-to-play racer that was released on Xbox and Nintendo Switch (and every mobile platform known to man). Later this year, Gameloft is taking that successful Asphalt formula and slapping on a thick coating of Disney magic, as it shotguns Disney Speedstorm onto consoles and PC. 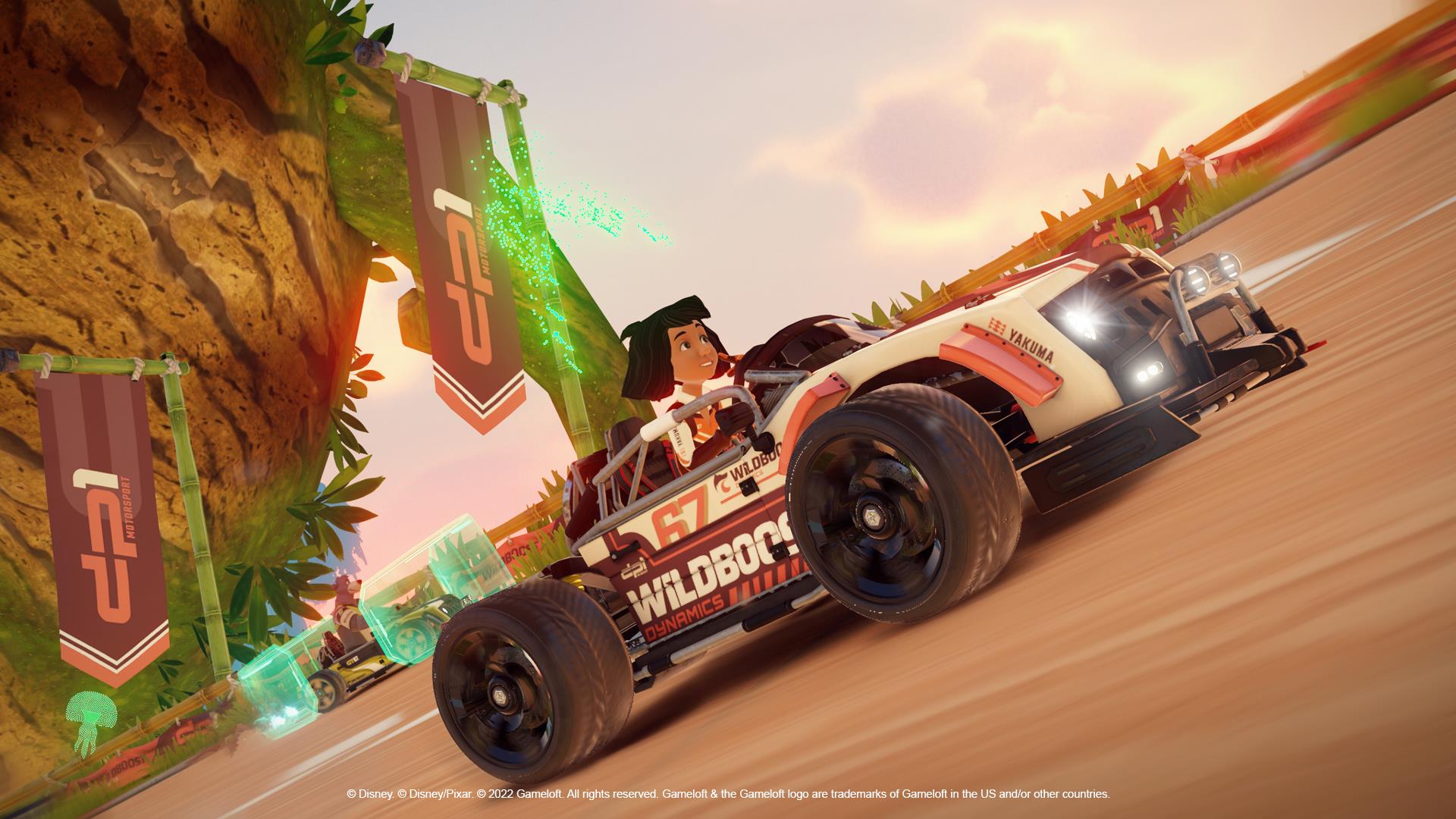 Gameloft is longtime industry leader in this space, and it really knows how to keep trickling out content to the player to keep them engaged without pushing gross microtransactions so actively that players get mad and quit. Make no mistake - Disney Speedstorm is a free-to-play game, so those microtransactions will be present. But this is also a very slick, very well-produced AAA kart racer, with some of the best racing graphics I've seen in ages. At its core, Speedstorm is a ridiculously fun game, all life and music and wild special effects, which goes a long way towards glossing over any cash grabs the eventually emerge. Not to mention, Mickey Mouse talks a little smack, which pushes Speedstorm even further up the acceptance/forgiveness chart.

Speedstorm features amazing track design, with routes that bend, flip, and swoop in every direction, with a seemingly impossible number of alternate routes sprouting out of nowhere and somehow miraculously all leading to the same destination. Each track is dripping with assets from Disney's beloved franchises. I found myself excited to a shameful degree when I would enter a new track for the first time, as the obvious care put into their design is nothing short of delightful.

Each character's kart handles in unique ways. Baloo, for example, is heavy - forcing the player to slow down a bit around curve or risk sliding right off the track. Mulan, on the hand, is light and agile with ridiculously tight handling, keeping the player firmly glued to the road no matter how sharply they try to cut corners. As the player levels each character, unique "ultimate" abilities open up, allowing for some pretty great gameplay moments. Mickey's ultimate causes him to zip forward with an extended boost, leaving a trail of boost behind him for other players to glom off of. Activating Donald Duck's ultimate causes a burst of fury to surround his car, all fists and feet and quacking, sending anyone that gets too close flying off course.

Of course, this is just a closed beta, so what players are seeing now is free and clear of any real microtransactions - and as usual, any progress made during the beta will be wiped once the game moves into release. So it is difficult to tell at this stage how much content will be readily accessible and how much will be hidden behind a paywall. But it is important to note that Gameloft is usually fairly liberal in the amount of gameplay they allow players before tapping them on the shoulder for a little cash. 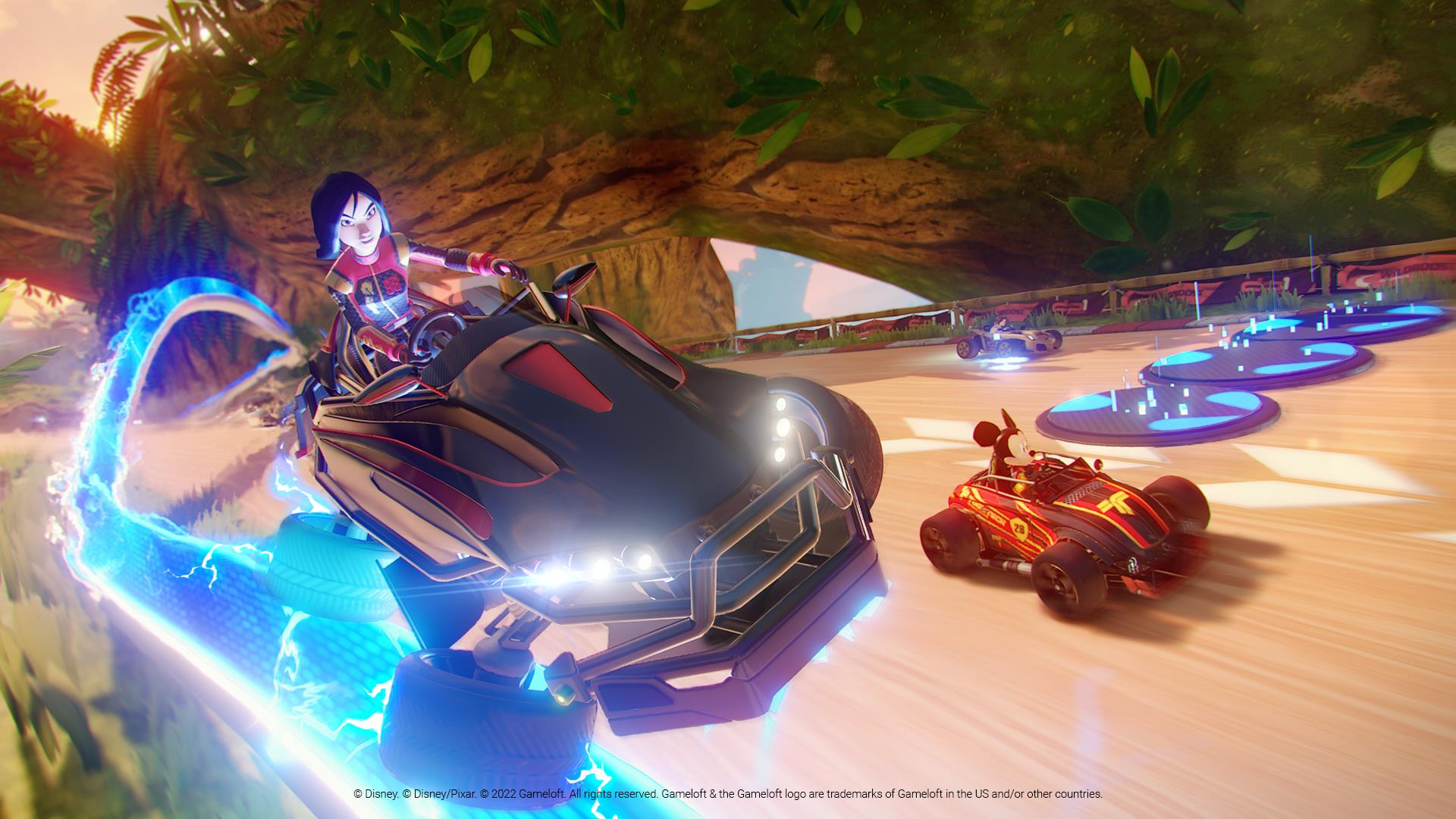 Also unknown is the amount of content that will be in the game at launch, and how frequently more characters, tracks, and features will be added during Speedstorm's tenure as a "living game". Currently, there are twelve characters in-game, but there are surely more scheduled for launch that have not yet been revealed (I spotted Sully from Monsters Inc. on the website) - there aren't any Pixar characters present, for example. And only time will tell if other Disney properties like Marvel or Star Wars creep into the game - which would, of course, be awesome.

I'm not the sort of player to automatically write off free-to-play games as cash grabs, but I can't tell you the last time I was as excited for a free game as I am for this one. The community has obviously embraced a lot of free-to-play titles, propelling them to amazing heights of success; Fortnite, Rocket League, and Apex Legends all come to mind. Heck, Dauntless was one of my favorite games the year it released. There are ways of doing free-to-play that engage and delight the player base without making them feel like they are being milked for every red cent (looking at you, Diablo). But the most important thing is to have a super fun game to build all of those trapping around, and I'm here to attest that Disney Speedstorm is super fun, indeed.