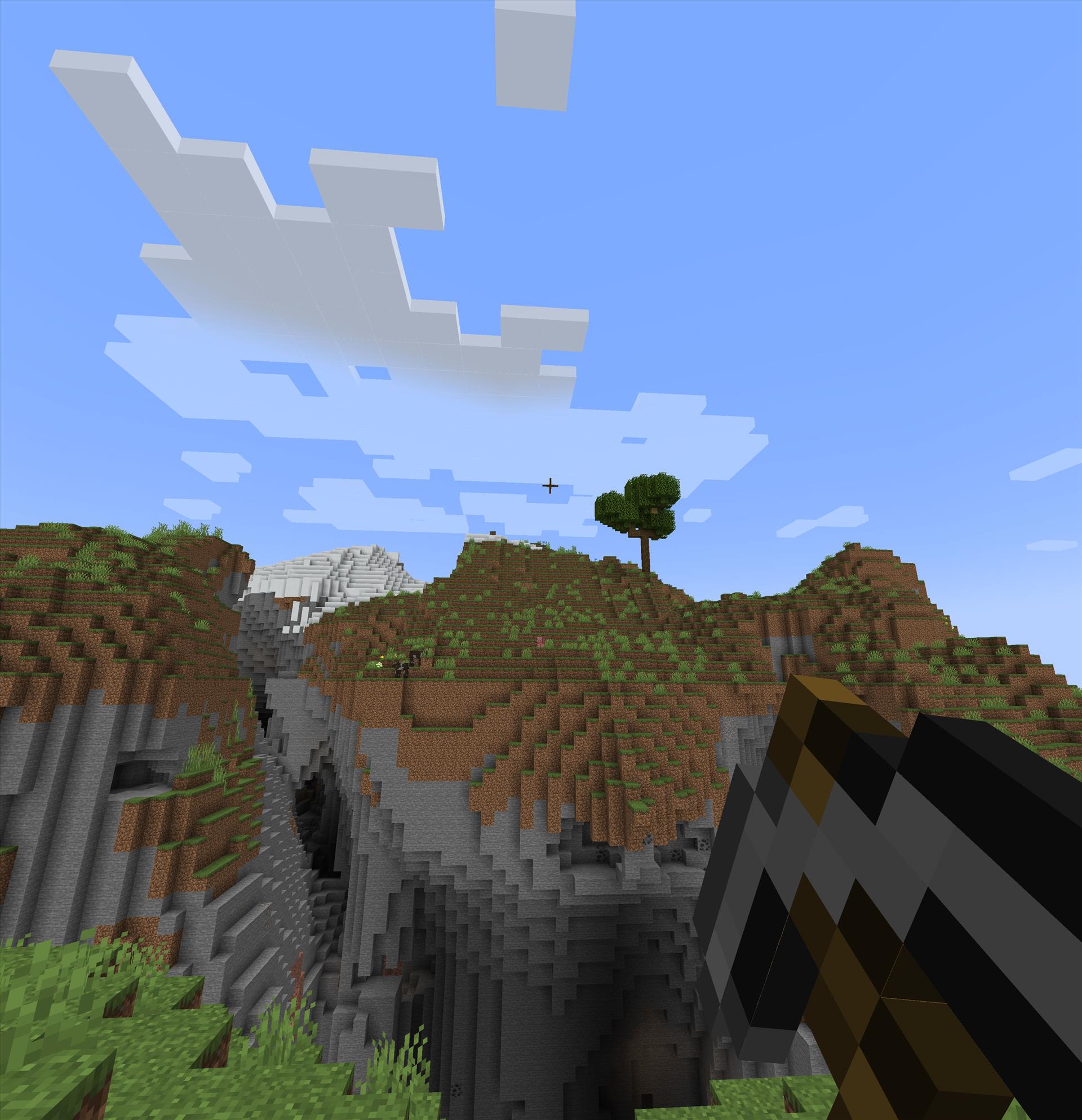 Why Vivecraft over the VR implementation of Minecraft from Microsoft? Well you can actually have hand presence with Vivecraft whereby swinging your arms around and hitting things using motion making it a much more immersive experience. You can also physically crouch with Vivecraft to sneak around as well. 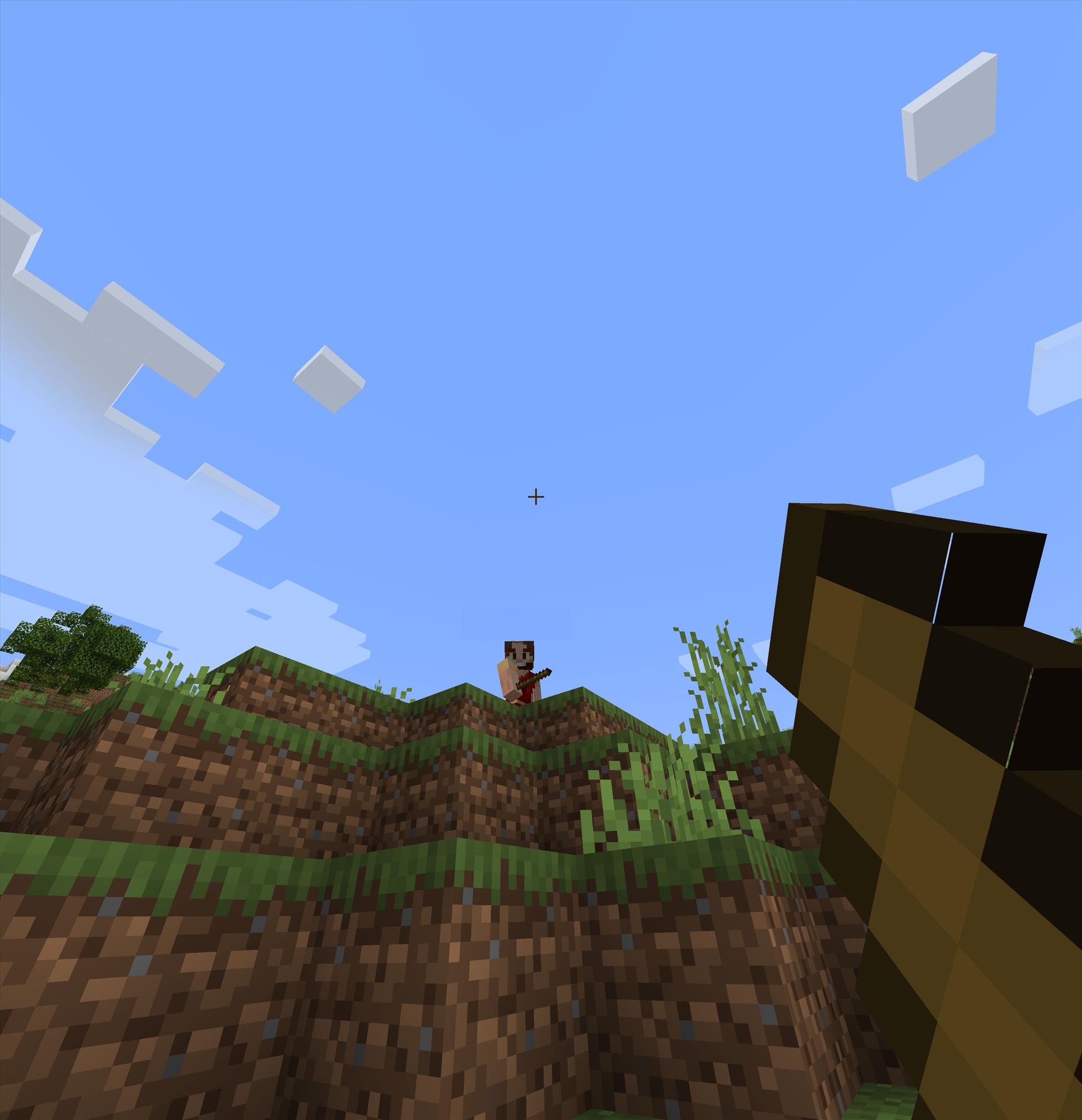 Because I wanted to use Vivecraft, I was limited to the java version of Minecraft. That presented a small issue if I wanted my kids to login to it. The Xbox version runs what’s called the Bedrock Edition, built from the ground up and modeled off of the pocket mobile version. You can read about the differences here.

Since there are different versions, one can’t use an Xbox or Android to login to the Java version of the server, which is what I wanted to run so I could play in VR. So what are you suppose to do?

In comes GeyserMC to the rescue. This is a plugin that allows for Bedrock Edition clients to login into Java Minecraft servers. Combined with Floodgate, these two plugs allowed for my kids with mobile and console clients to be able to join my Java server hosted in my house. 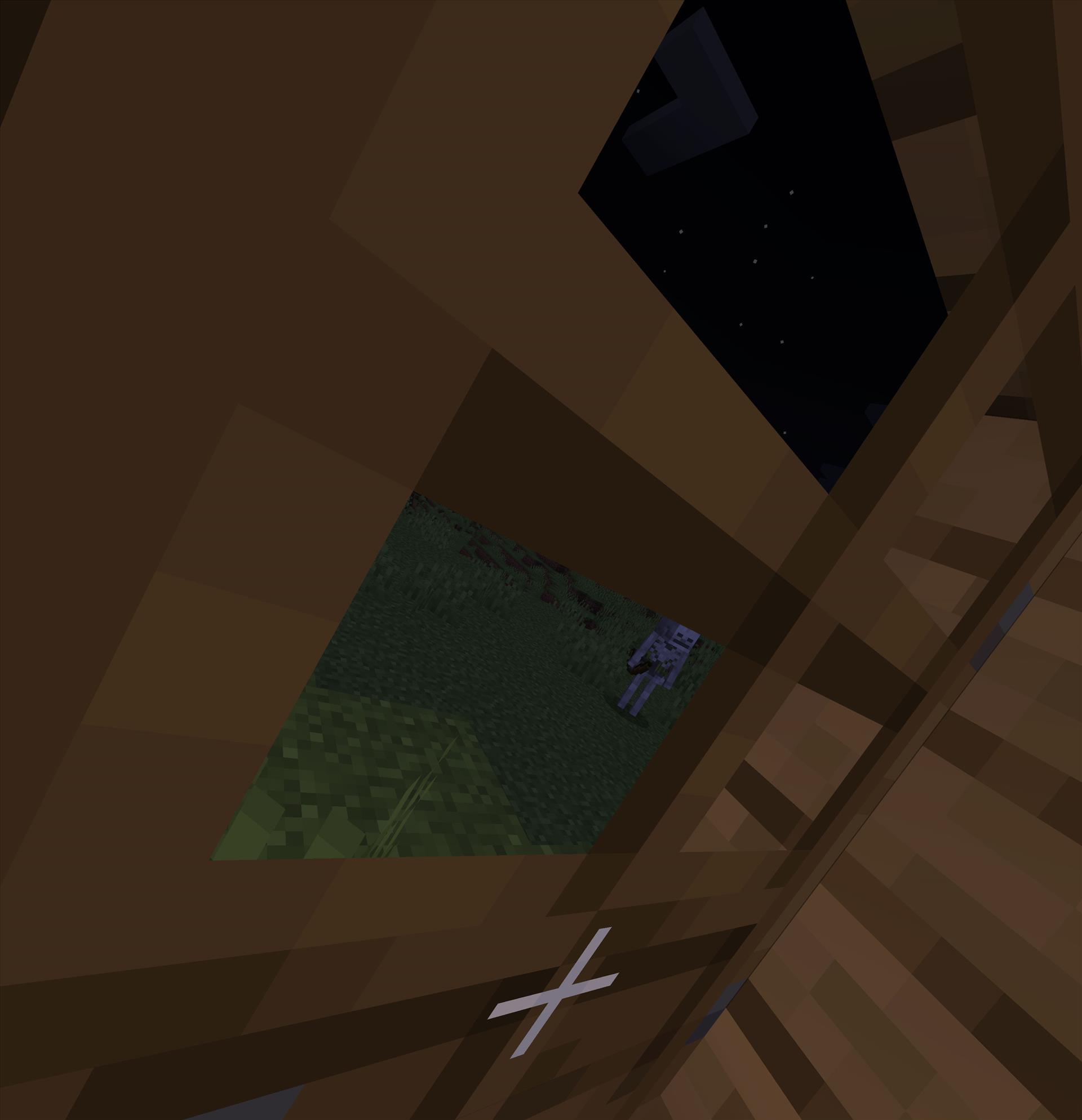 I have a nice Unraid server at home where I do run a few game servers and I wanted to use it to host the Minecraft server. Unraid is such a nice server OS and I highly recommend it for those who want something to easily run docker containers or host a file server.

The entire process only took me an hour or so as I think I got real lucky in choosing the right programs to use. So here’s what I used to get it all running.

On Unraid, I installed the MinecraftBasicServer from ich777’s repository. I changed the IP address it was running on to something that was unique in my network and left everything else as default. I then left it to download everything and tested logging into it with a Java Minecraft client. 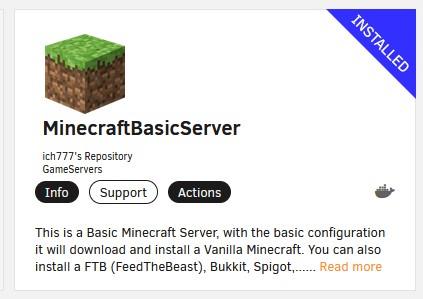 You’ll want to install the Java version of Minecraft using the Minecraft Launcher as that will be the one you’ll use to run Vivecraft.

After I made sure I could login through my computer, I then shut off the docker container. I decided to run the Spigot server version of Minecraft for easier plugin installation by downloading it from here. This version is the v1.18.2 version, which at the time of this writing is the most stable version.

I copied the JAR file Spigot server over to the location of the appdata that the Minecraft server files were located in at the root level and changed the server filename to spigot-1.18.2 and the game version to v1.18.2. The reason I did it this way is because I didn’t want the docker container to update Minecraft to a newer version should I need to reboot the server or container as the Vivecraft version of the game only works with certain versions of the server and I wanted to control when the server updated to a newer version.

With that done, I restarted the container one more time and tested logging into the server again with my PC Java Minecraft client. Everything was good here, but the moment of truth was seeing if the Xbox Series X client and the Android version would connect also.

Surprisingly, the Xbox version saw my server on the local network and lo and behold, selecting it and pressing connect resulted in the Xbox successfully connecting to my Java server and working on the very first try. Talk about luck! My son was able to walk around and see me with my PC Java client connected and were were able to play together without any issues.I was also able to connect with my phone on my first try as well by setting up a server that pointed to the internal IP address. Awesome! Every client on my house is now able to connect to the same server regardless of which version we were using.

The final step was to see if I was able to have the Vivecraft version connect to the server and see my kids and in turn, see me. I downloaded Java first and then the 1.18.X VR client from Vivecraft.

Since it’s a jar file, you’ll need Java installed to run the installer. In the Vivecraft installed, I selected to create a Vivecraft launcher profile as well as allocate 8GB of ram. With that in place, I loaded the Minecraft Launcher and turned on my Meta Quest 2.

There’s a few different ways to stream VR from the PC, but I use a program called Virtual Desktop that I’ve used for many years. There’s a server application for your PC that you run which will let you stream from your PC to the Quest 2. You’ll also need the Virtual Desktop client installed on the Quest 2 as well. You can run it with the built in PC streaming from Oculus, but I seem to have little issues with that program here and there. With Virtual Desktop, it’s always worked, but the application does cost money while the Oculus native streaming option is free.

Using Virtual Desktop in my Quest 2, I connected to my PC and clicked on the Start Steam VR button, putting me in the Steam virtual environment. I then opened up the desktop within my Quest 2 and used my Quest 2 controllers to press the Play button in the Minecraft Launcher to launch the selected Vivecraft version.

I was greeted with the VR start menu and the moment of truth was upon me. With my kids currently logged into the Minecraft server from their respective clients, would I be able to join them in VR?

Clicking on the server, I was greeted with the Minecraft world in all its VR glory. Looking around, I found my kids working on building a house and I was able to interact with them. I, on my Meta Quest 2 streaming Minecraft from my PC and my kids on the Xbox Series X and Android tablet. We played for a good hour without any issues and it was tremendously fun. Now, my kids couldn’t see my hands move freely in the world, but that didn’t deter from the fun we were having gaming together.

Getting a Minecraft server that was able to allow cross platform play including VR was a lot easier than I thought and something I should have done sooner. The flexibility to connect to the server on pretty much any device really makes for setting up a server in my use case a no brainer. The simplicity of using Docker along with Unraid made for this setup quick to spin up and spend time in either VR or on a flatscreen playing Minecraft with others. 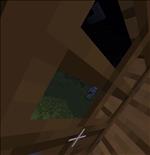 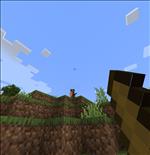 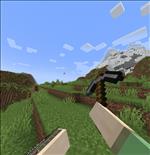 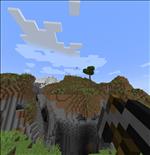 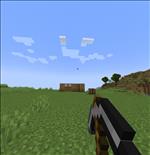 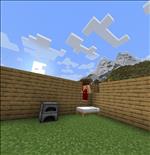