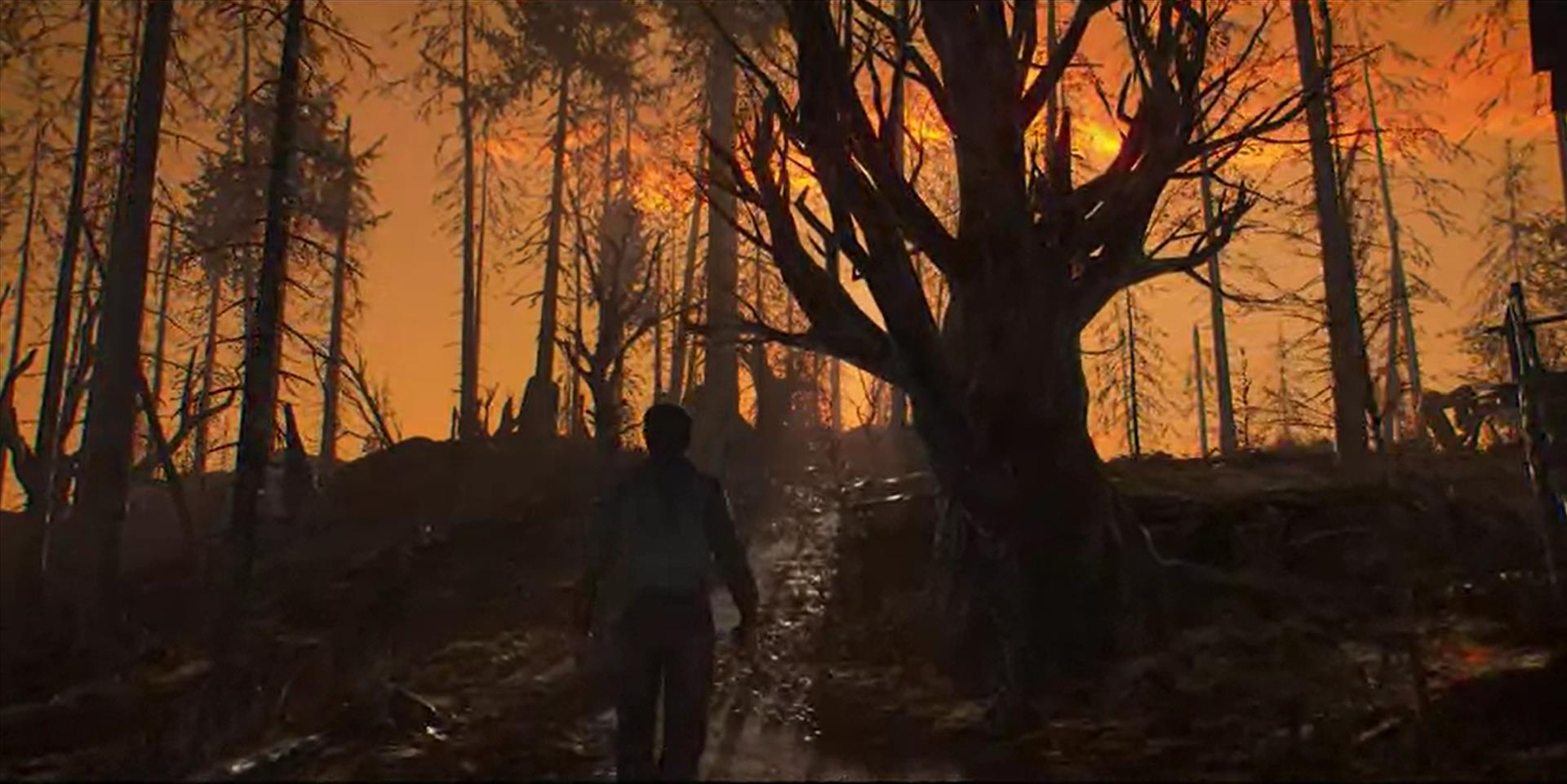 Groovy! Evil Dead is an IP that just won’t die and I, for one, am pretty happy about it. I loved the three original movies and the TV show. Bruce Campbell is awesome in whatever he does and when I saw a game was coming in the vein of Dead by Daylight, I was pretty stoked.

On the PC, the game does feature one NVIDIA RTX feature and that’s DLSS. If you don’t know, DLSS uses AI to upscale the image on the screen with comparative or better quality. The game runs in a resolution lower than what you choose and then NVIDIA’s magical algorithms ups the image to make it look better and run faster since the game’s technically running at a lower resolution and the video card is fast and efficient in upscaling the video.

Like in other games, Evil Dead: The Game offers up a few different DLSS quality settings so you can maximize performance and picture quality to your specific system. NVIDIA was kind enough to send along a copy of Evil Dead for us to do our testing.

To test, I ran through the tutorial as Ash as a survivor for the most consistent run I can find and did so multiple times averaging out the results. My testing computer consists of:

Settings wise, everything was turned on Epic mode so the game was at its highest graphical setting. I ran through three different DLSS qualities and here are the results. 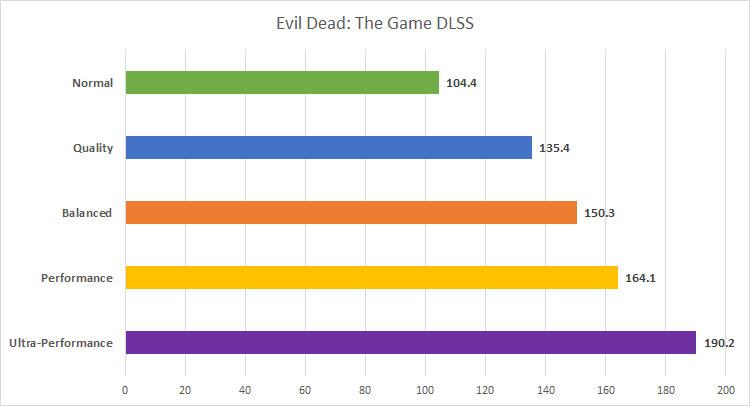 As you can see, each step provides a better average performance and will help those with lesser PC specs to run the game at good framerates. It does sacrifice image quality the higher level of DLSS you select.

One of the things about Evil Dead is that it’s a dark game. Most of the time is spent in low light environments so it’s hard to see if and when DLSS improves on the native resolution’s quality. I did notice that on performance, the image quality suffered a little bit by being more fuzzy. It wasn’t as sharp as balanced and quality. With balanced and quality, it was harder to tell the difference between that and native resolution and I definitely would recommend the two if you are looking to get some more framerates yet try and keep the game looking as crisp as possible. I’m usually of the thinking that if the game offers the same visual fidelity at a DLSS level, you should turn it on for “free” performance uptick. 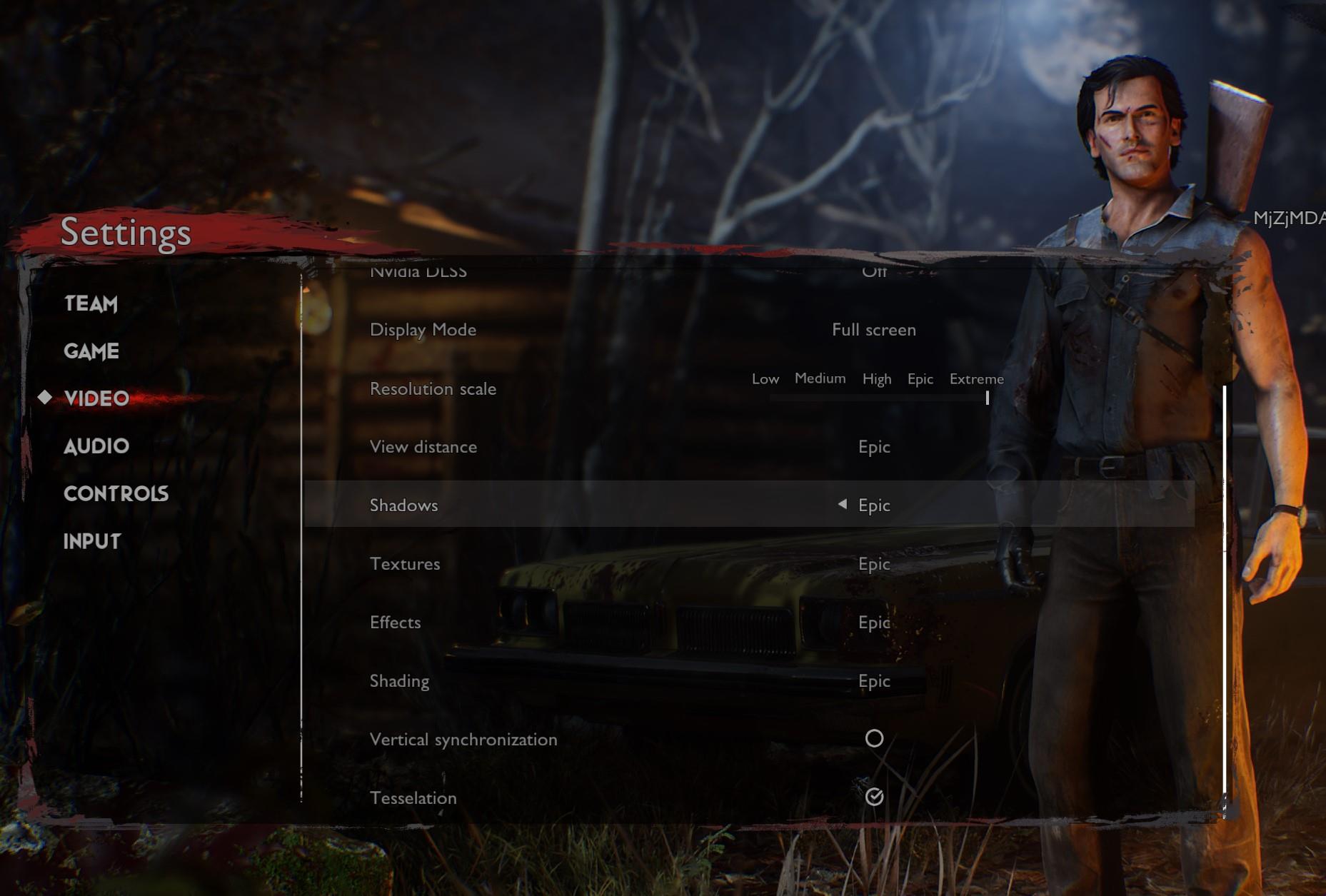 With a game like Evil Dead, atmosphere is really important and I wish the developers would have implemented ray tracing because man, the game would look really spooky with the improved lighting effects. While I’m sure this is much harder to implement, I feel like the developers missed an opportunity to really make the environments in Evil Dead shine so to speak with ray tracing. But, I can understand the developers not wanting to add that in as the game does support crossplay on PC and consoles and adding ray tracing might have had an adverse side effect to crossplay.

That said, if you are Evil Dead: The Game on the PC with a NVIDIA card, the DLSS implementation can give you a nice jump in performance and give you some smoother gameplay when hunting down Deadites or looking to end the humans existence.