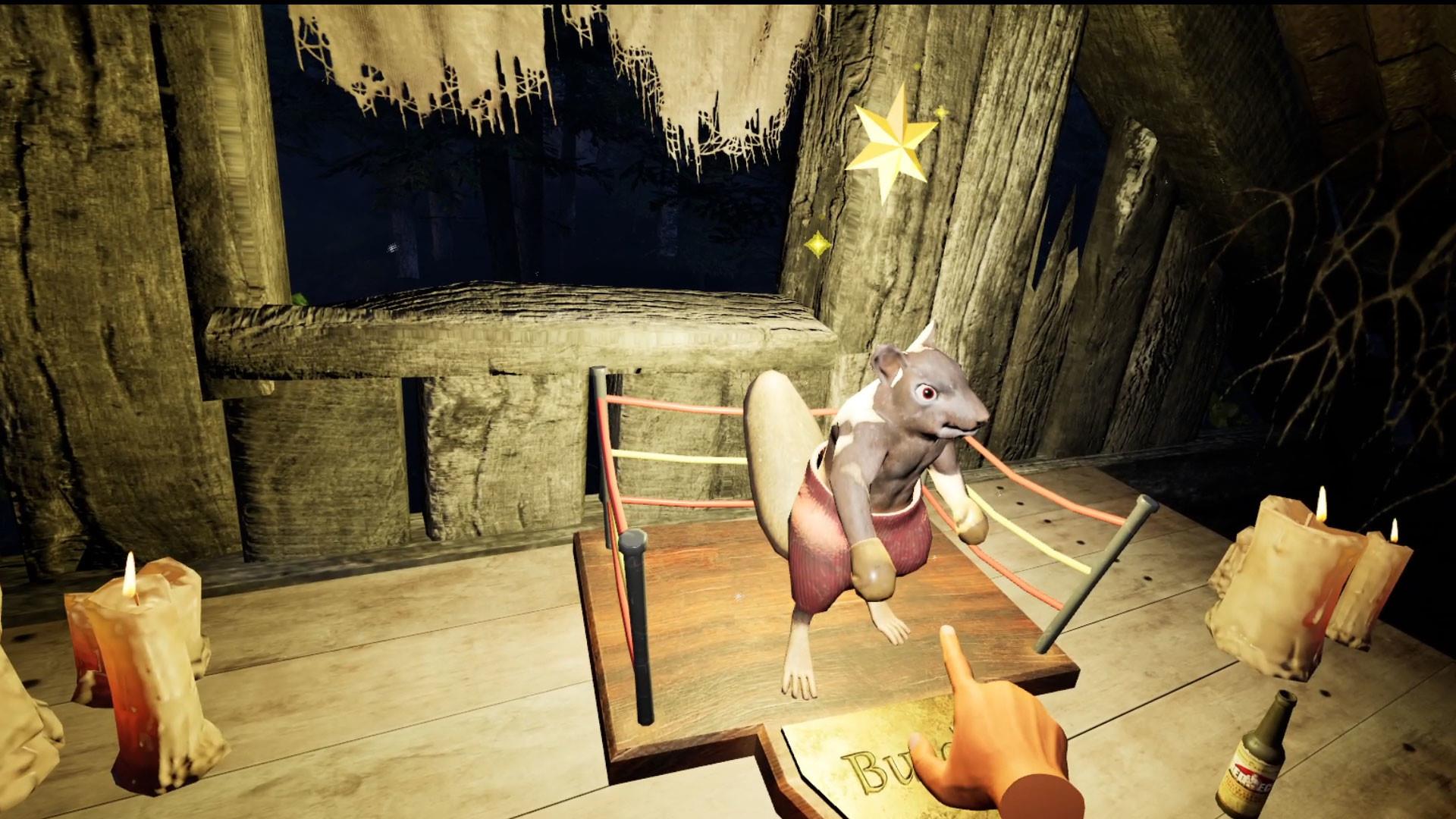 Have you ever been playing a game and thought to yourself, “They should take this entire game and plop it into VR.”? Like, one of those first-person games that already practically feels like a VR game, except for the fact that it doesn’t wrap around your head? Apparently, developer Duality Games has had some similar thoughts, as its existing cult favorite junk vendor simulator Barn Finders has made the leap to VR in its entirety. For a game about exploring barns looking for junk, this maybe wasn’t such a quantum leap; it’s fun just inhabiting interesting spaces in VR, and Barn Finders spaces are very, very interesting.

Of course, the jump to VR for many popular games from much bigger studios than Duality Games has sometimes been pretty rough. It’s not always easy to take mechanics that work well with a controller, mouse, and keyboard and translate them to be handled by more natural VR movement-based controllers. And indeed, Barn Finders implementation is a mixed bag, with some menu systems that are close to unusable and some pretty shaky traversal mechanics. But somehow this game lends itself to a certain amount of jank, the jangling banjo music and low-brow hillbilly humor making the shoddy implementation feel almost like a purposeful part of the experience. 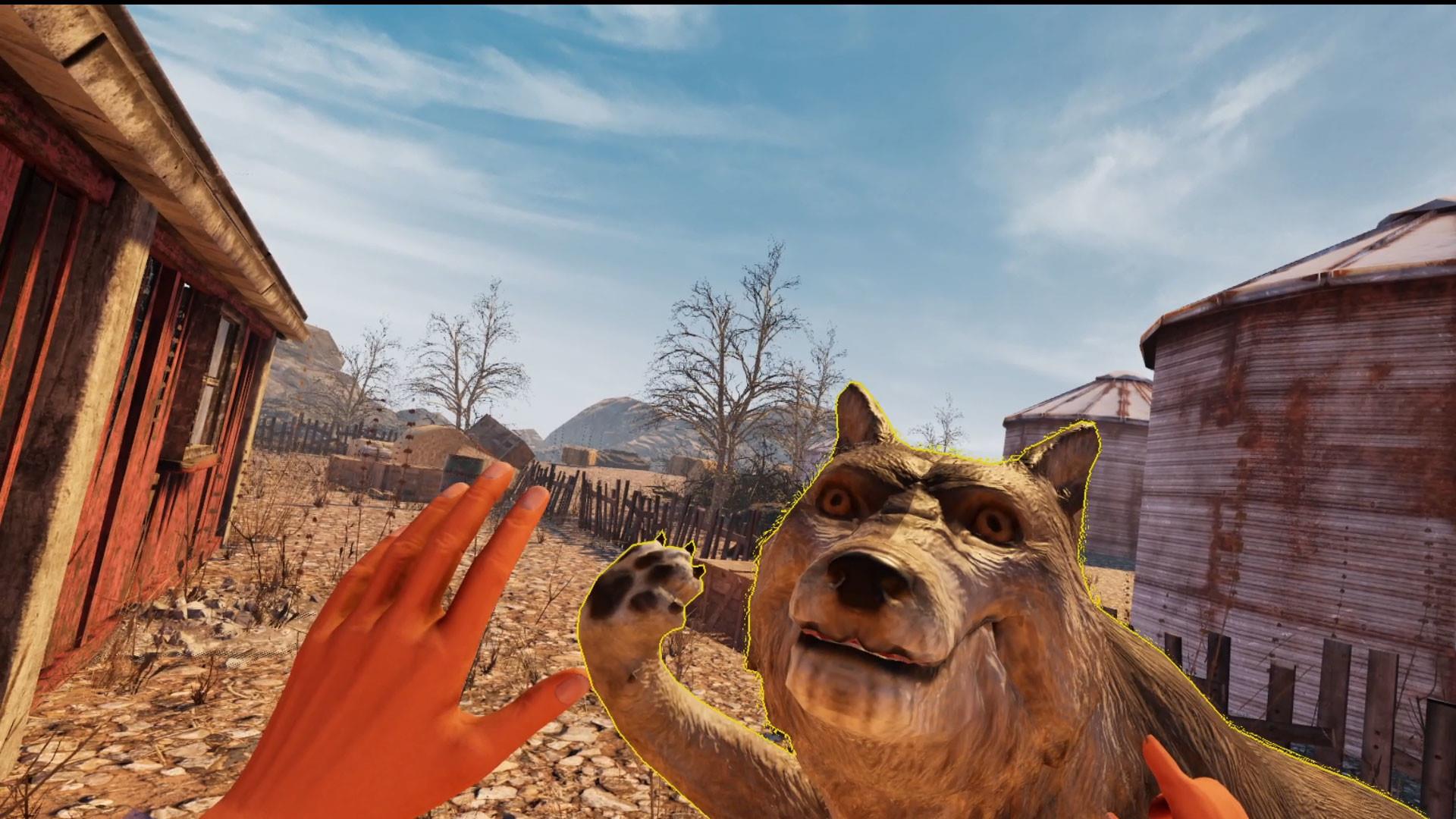 It helps that the very concept of Barn Finders is pretty fun. Players own a rather rural-seeming junk store. To keep the shelves stocked, the player must embark on trips out into the countryside, digging through barns, dumpsters, storage units, and other weird, isolated locations to find lost treasures and valuable junk. This part of the game is simple, but wildly entertaining. You basically go crawling into weird spaces and start throwing stuff around, peeking behind corners, into neglected cupboards, up into the rafters, and under the floorboards for the bizarre stuff that people have stored away.

There is a lot of fun to be had exploring some of these places. Anyone that has explored an old house knows the exciting feeling of coming around a corner and seeing an unexpected staircase and realizing there is another entire level you didn’t know existed. The stuff you find is an appropriate freakshow-level assortment of junk – creepy acts of taxidermy, trashed vehicles, and the odd piece of electronic crap. Some very minor puzzles gate your way, just enough to make it feel like you are doing something besides wandering through a place and picking stuff up. 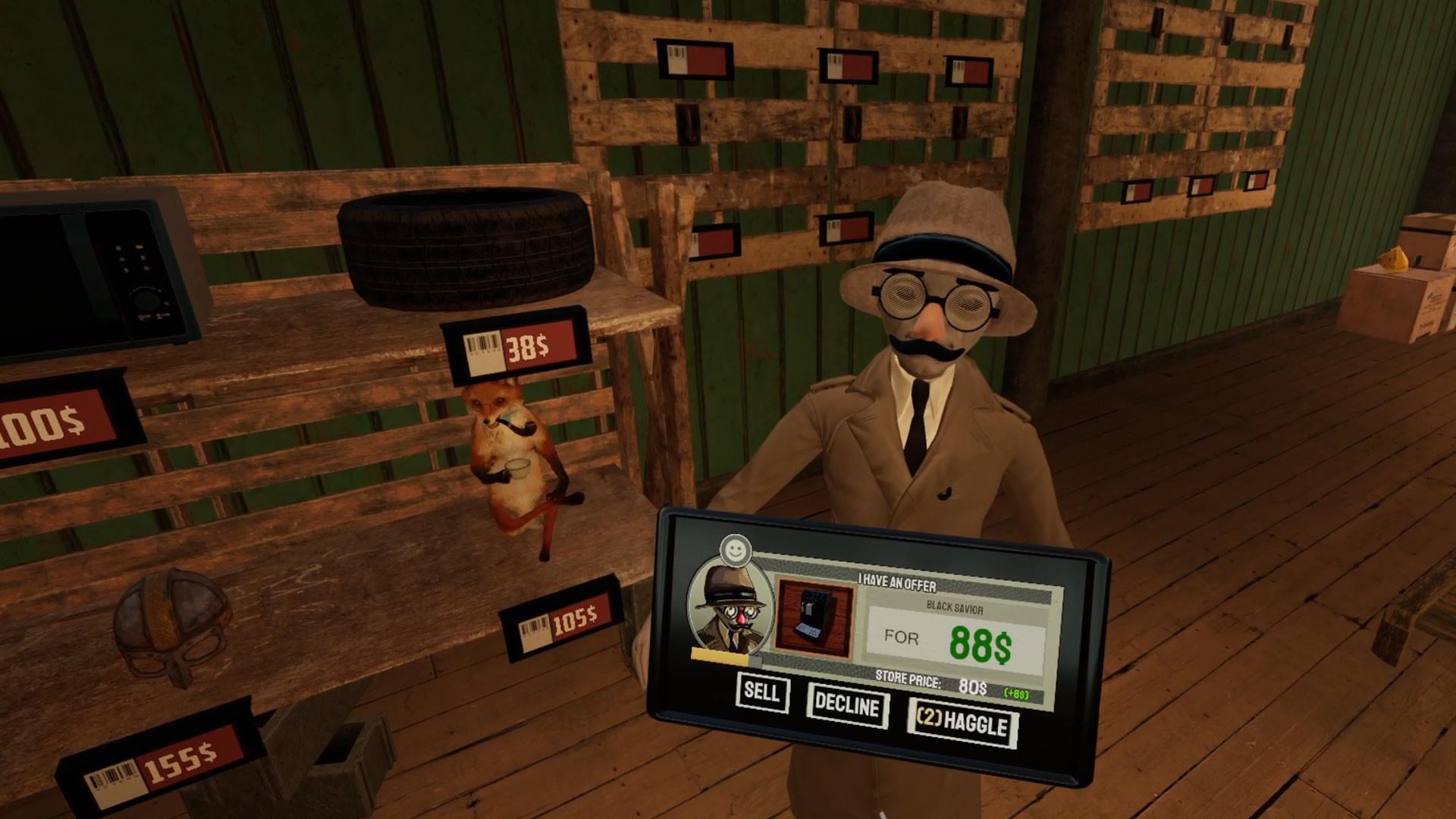 After finding goodies, you store them in your truck for the trip home, though the game does absolutely nothing to explain precisely how you do this. I was physically carrying stuff out to my truck and tossing it in the bed angrily, wondering why this game was making me do so much busy work. It turns out (pro tip!) that you can instantly move things to your truck by picking them up, holding both grips on the controller, and dropping them on the floor. Would surely have been nice to know, Duality Games.

In fact, the first few hours of Barn Finders are spent figuring things out, as the game does very little to explain to new players not familiar with the “flat” version how all these pieces fit together. Here, let me save you a bit of time: 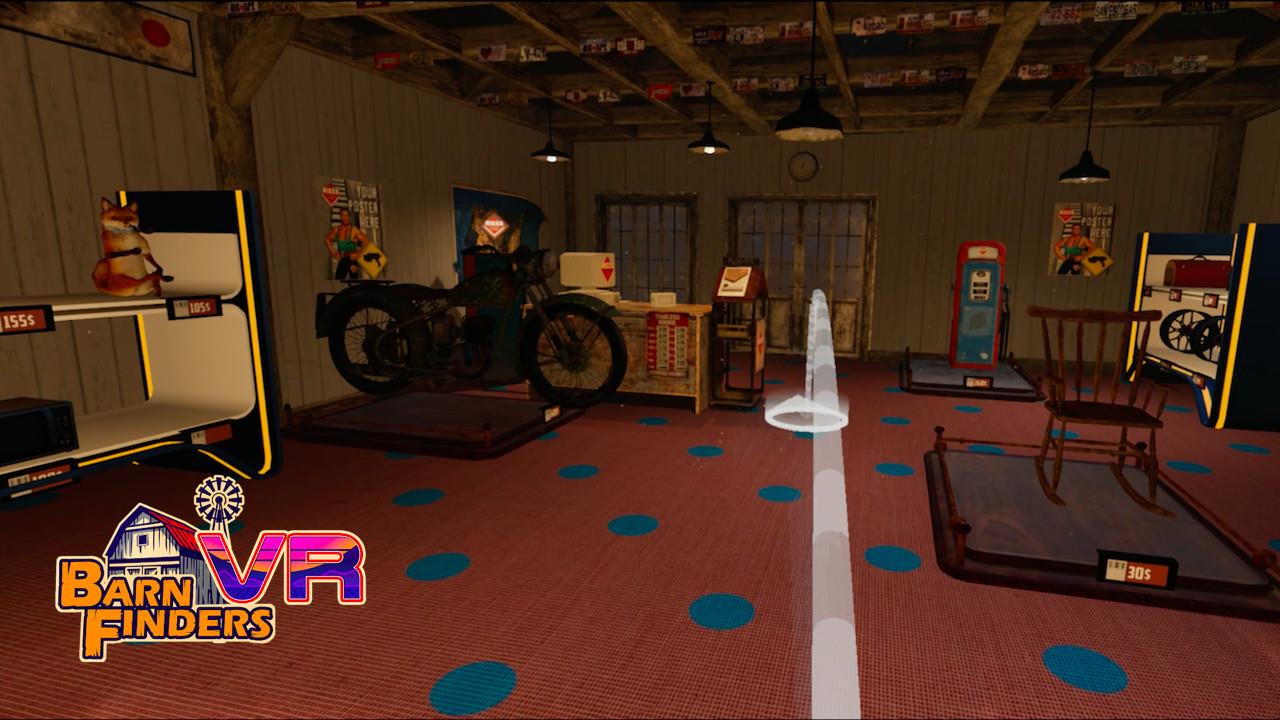 Back at your junk shop, you can review all of your goodies and figure out what needs to be cleaned, what needs to be assembled, and what can just be slapped on the shelves for sale. At first, you don’t really have a lot of options – the game makes you buy your cleaning station, your assembly station, and most of the shelves in the shop with the cash earned from early sales. But eventually you will see money rolling in, which allows a bit more breathing room and spare cash to buy stuff you need. There are also a lot of cosmetic options you can use to customize your shop, which is fun but strictly second priority.

Selling your goods is a minigame all its own. Customers show up in the shop and express interest in items on display. They offer a set amount of cash, and you can either accept their offer or try to haggle. The mechanics of haggling are still a bit of a mystery to me, to be honest. There is a meter that slides up and down, and I guess you have to stop it at a certain point to try to talk people into spending more. But since I didn’t understand it (and Barn Finders wasn’t interested in explaining itself), I mostly just accepted what people offered. 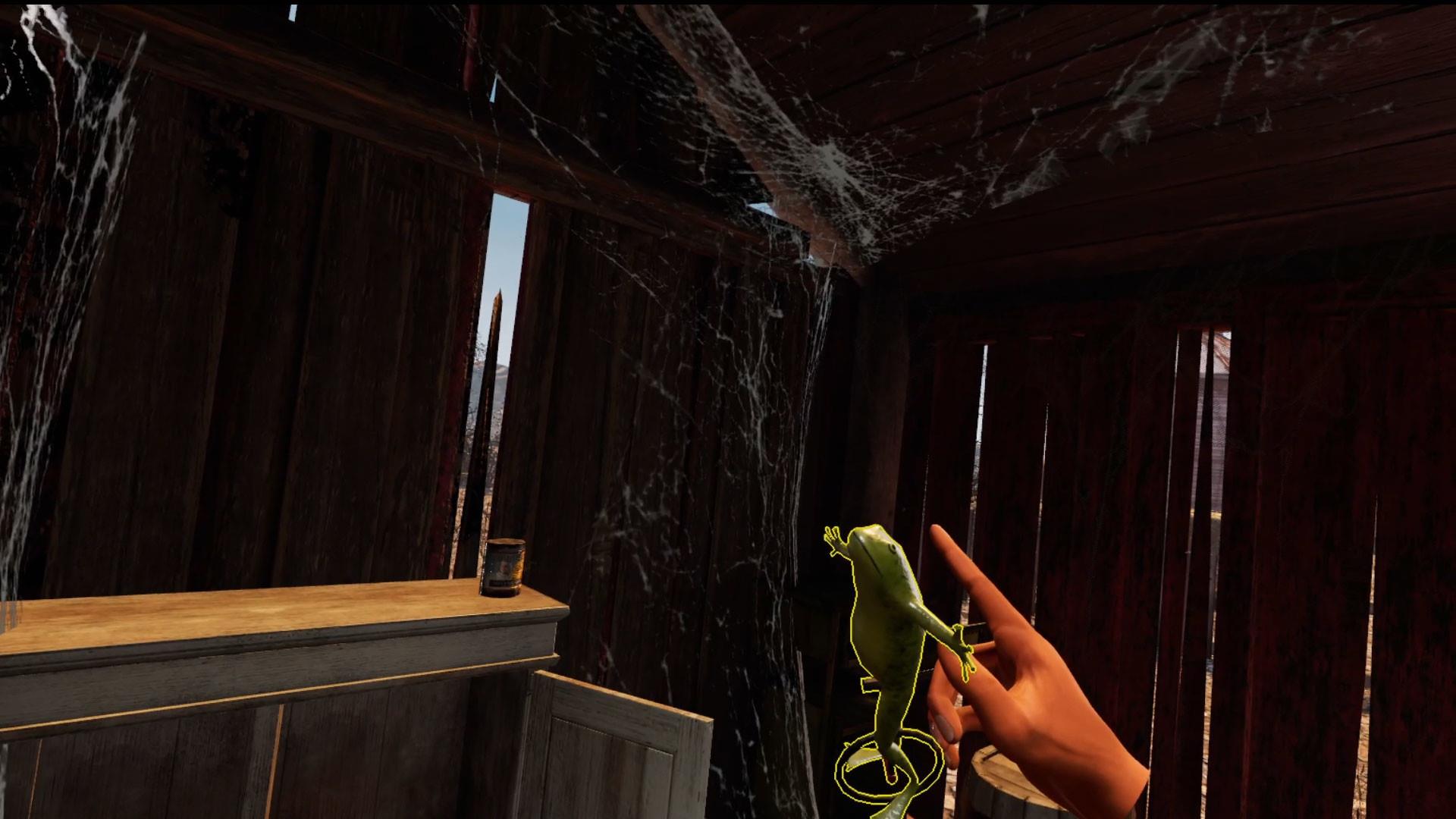 There are a few more mechanics that come into play – auctions, negotiations, and the like, but the core of the game is the find it – haul it – sell it loop, which is strangely satisfying. You would think that from all of my complaints about Barn Finders’ lack of tutorial options that I don’t like the game, but that’s not really true.

I recently reviewed Postal 4, a game with a similar – but more crass - sense of humor. I found that game to be grating, and so janky that it was damn near unplayable. Barn Finders, though a completely different style of game, strikes a similar tone, but I found it to be a pretty good time. It manages to walk the line, being unruly without being offensive, being janky without being broken. Where Postal left a bad, oily taste in my mouth, Barn Finders made me chuckle. It also helps that Barn Finders is a really, really original idea for a game, and it is unlike anything else you have played in VR. Three points deducted for jank are returned for originality. 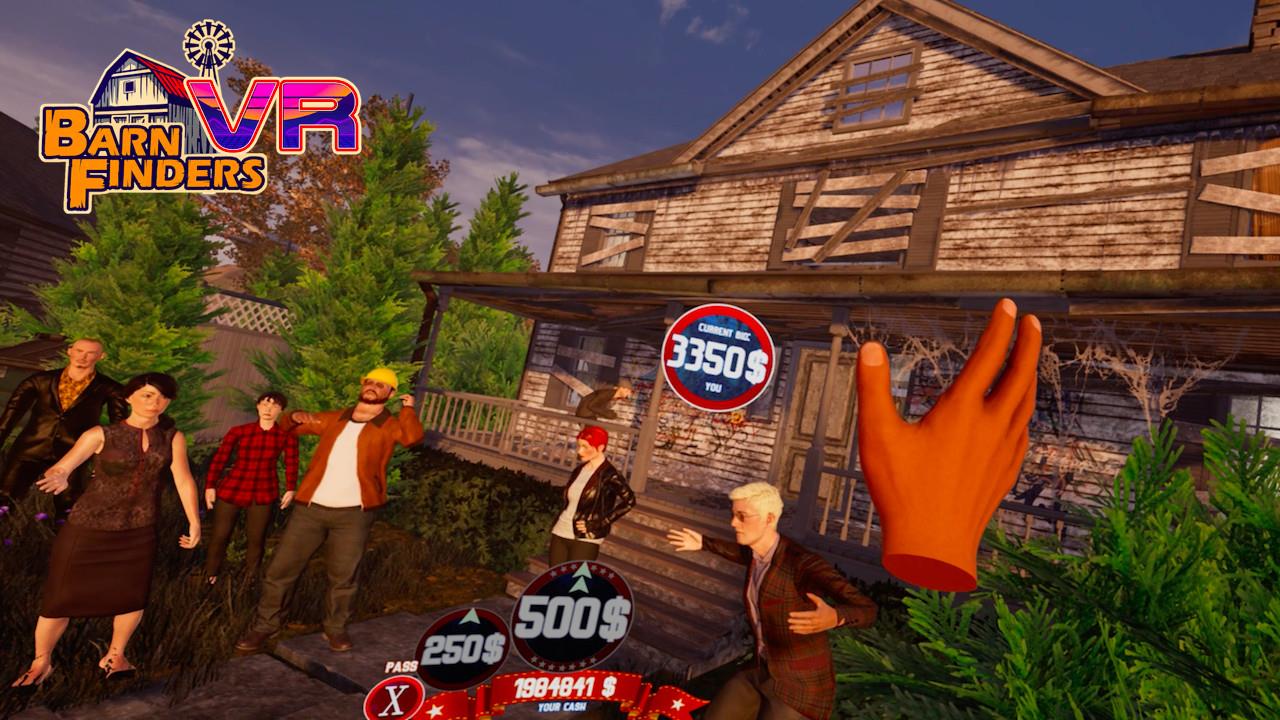 There is fun to be had in exploring Barn Finders’ unique spaces, and maybe a little less so dorking around your store and prepping your items for sale. Nonetheless, if you have played Barn Finders and thought that you might enjoy the game in VR, here’s your chance to find out. As far as I’m concerned, this is an experiment that hobbles and limps most of the way to success – with a fair amount of amusement along the way - which is better than some other VR adaptations I’ve seen.

Barn Finders is a surprisingly good time for a game as janky and weird as it is. Exploring spaces for weird treasure is a lot of fun, selling it back at your shop maybe less so. While the game does little to explain itself, its sense of humor carries it further than it might deserve. Go in expecting to struggle a bit with controls and menus, and you’ll be rewarded with a unique experience unlike any other in VR.