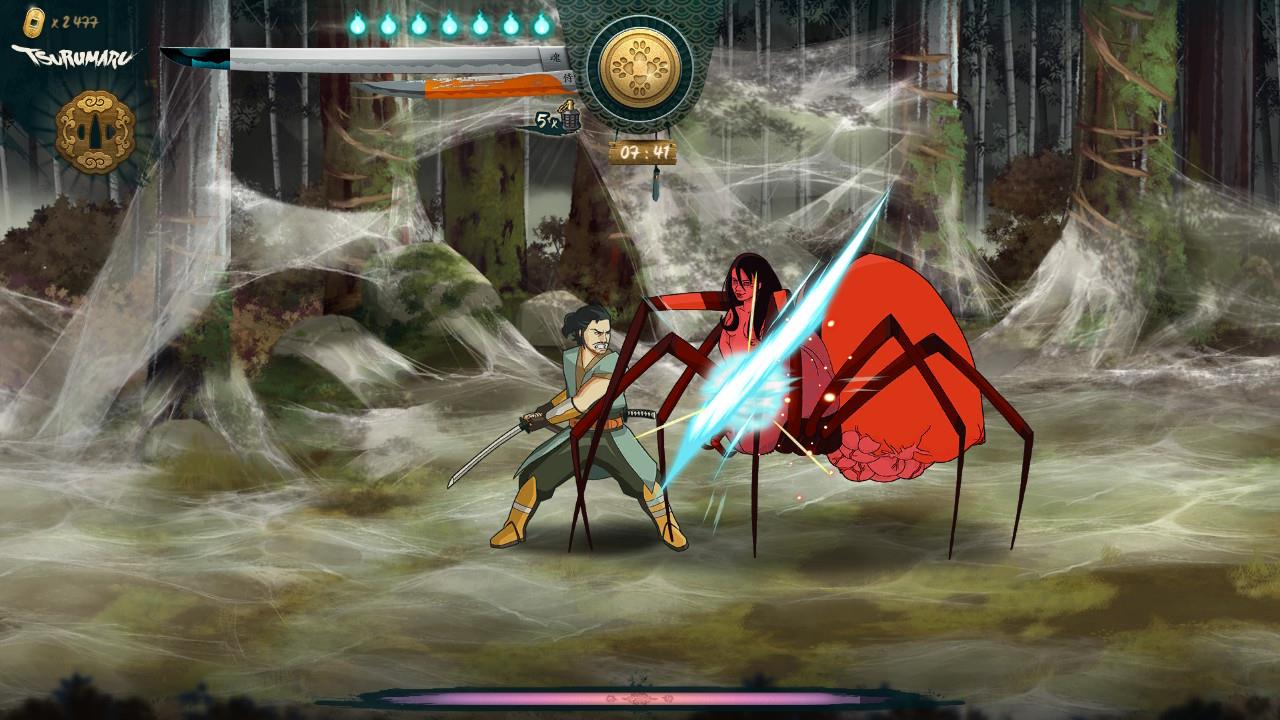 I have always loved side scrolling beat 'em ups. I have great memories of playing The Simpsons and the Teenage Mutant Ninja Turtles games in the arcades, and since I had a Sega Genesis I played tons of Streets of Rage as well. So when I saw Samurai Riot, I knew this was one game I wanted to check out. While playing Samurai Riot I was having fun, especially for the different paths you can take in the game. But then a very nasty game breaking bug completely ruined the whole experience. 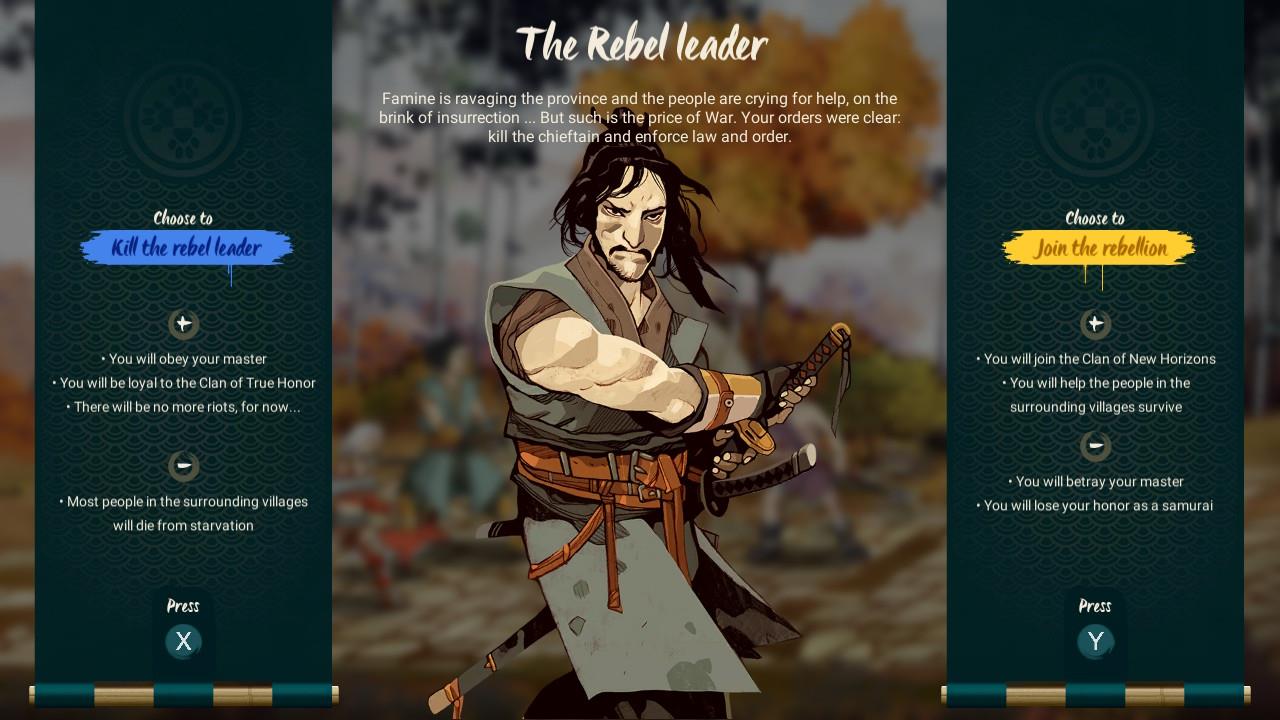 Samurai Riot - with it's clear Japanese-inspired environment and lore - focuses on two characters who are part of a clan and are involved in a war going on between their clan and a group of warriors who have broken off and started a rebellion. You can play as either Tsurumaru or Sukane. Tsuruamru, a Samurai, utilizes a sword in combat and while he doesn't do as much damage as Sukane, his sword attacks are incredibly fast. His special attack also drops grenades from the top of the sky and can clear the screen instantly. Sukane is a ninja that utilizes her hands and feet for her attacks. She needs to get in close to attack enemies, but her attacks do a lot of damage and she can drop bombs from the sky to wipe out the screen. She also has a special attack exclusive to her.

Tsuruamru can grab his opponents and attack up close. Sukane fights with her pet fox by her side. She can send out the fox from anywhere on the screen. If the fox hits an enemy, it will wrap them in chains and freeze them in place for a few seconds. You can also hold down the grab button which will then pull in the enemy close to Sukane. Combos are pretty simple, and can be performed by simple combinations of the X an Y buttons. Combat isn't anything too flashy, but it's enough for the game to not get completely stale. 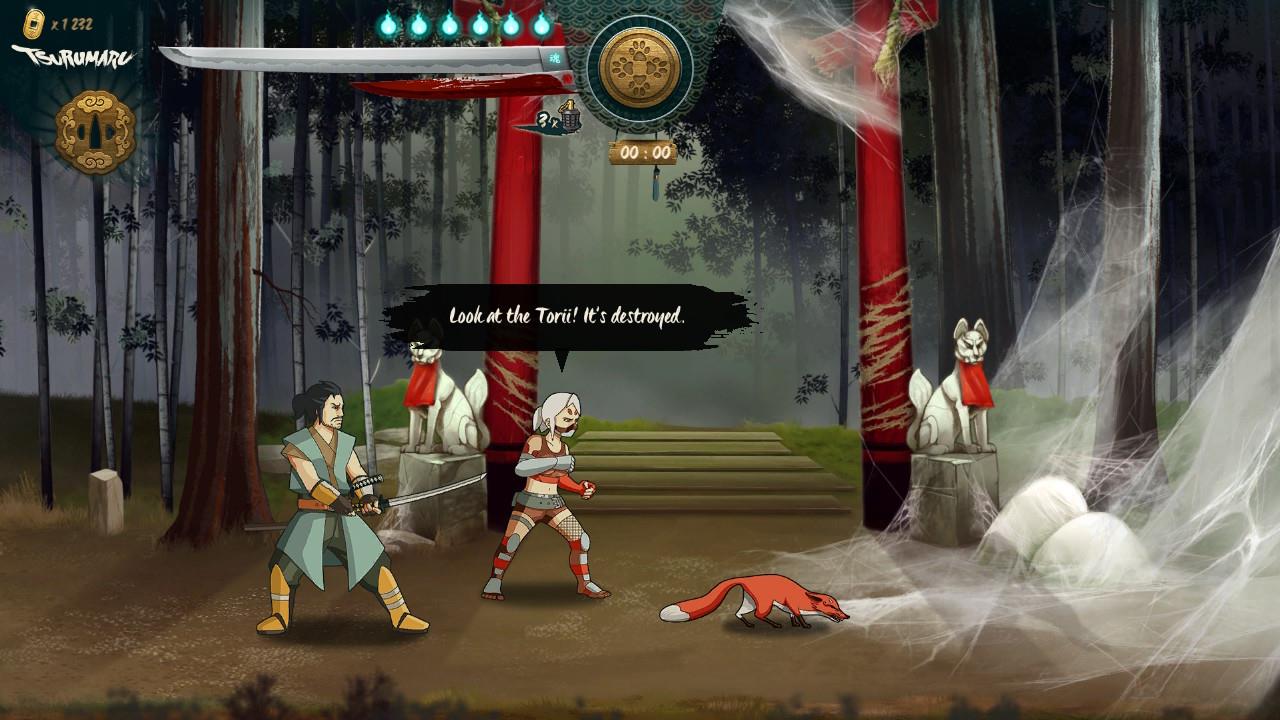 Levels in Samurai Riot are pretty straight forward. You move to the right and enemies will show up on the sides of the screen. You will need to defeat all the enemies before the screen will start scrolling again, allowing you to proceed. Then you fight a boss as the end of each stage. Unfortunately, there isn't a lot of variety in the enemies you will face. You will see the same spear guys and tonfa girls a lot over the course of the game, the only difference being the color of their clothing. The different colors will tell you what kind of attack they will utilize. Some of the spear guys will only rush at you with attacks, some of the tonfa girls will only go for uppercuts, etc. More enemies are added as the game goes on, like ninjas and giant sumo enemies, but it does get a bit stale fighting the same enemies over and over again.

One of the coolest parts of the game is that you have choices you will have to make as you progress through the levels. Most of these will involve a choice at the end of a level, usually deciding whether to execute someone or not. While the game doesn't change much as you will still be fighting the same enemies, it does change up the story and the conversations you will have with other characters in between levels. There are also some levels and bosses you will only see depending on what path you will take. There is replay value here, as there are 8 different endings you can get based on your choices. 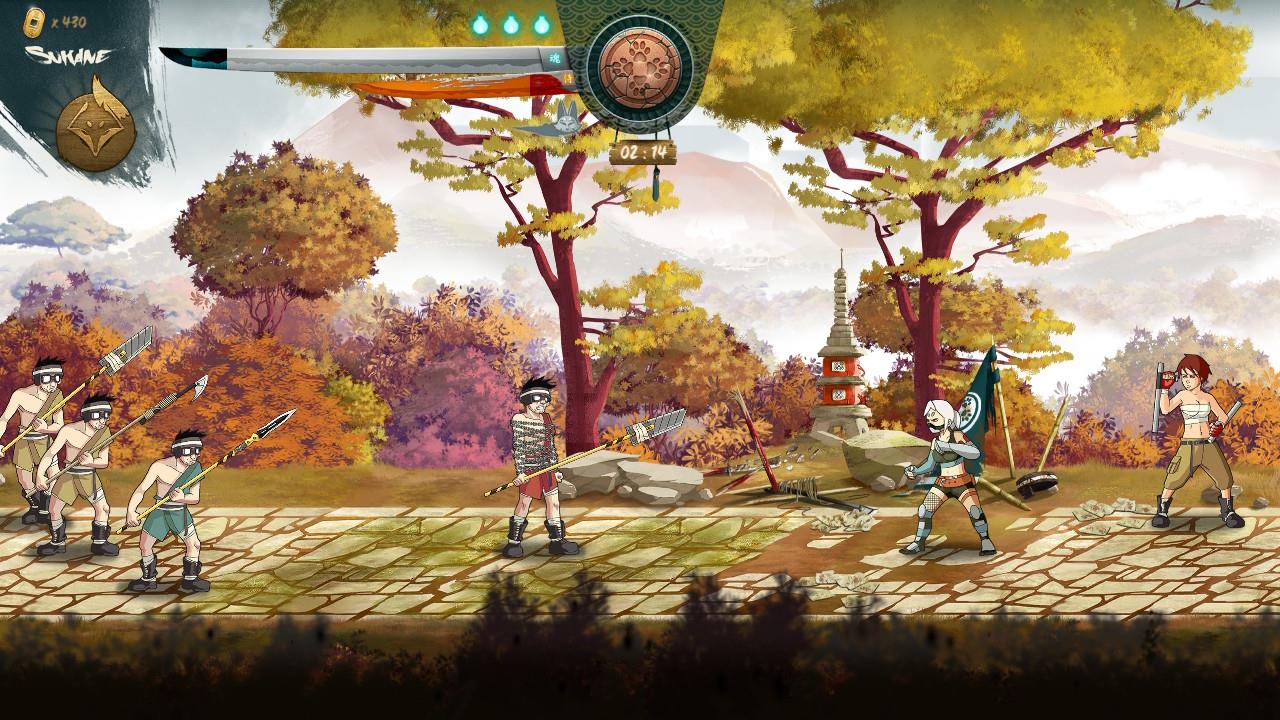 But with all that being said this game has a massive game-breaking problem. Full disclosure, I didn't finish this game. The reason is because I couldn't due to a bug. The way the game works is that if you run out of lives you are given a choice. You can use a continue to start the level over, or you can choose to end the game, which will result in your save file being lost. Here is the issue. Whenever I would hit "yes" to continue, the game would crash back to the Switch main menu. Upon loading up the game again, I found that my progress was erased.

Samurai Riot isn't that long. I got to the second-to-last level in a little over an hour, so I tried to play through the game again. I died and the same thing happened. I hit continue, the game crashed, and I lost all my progress. So just to be sure I wasn't going crazy I loaded up a third time and purposefully died just see what would happen, and sure enough, the same thing. The later levels of this game can get pretty difficult, so even though the game is short, having to play through the entire thing in one go with no continues is pretty frustrating. Had this been pre-release I could have waited to see if there was a patch but as of this writing there isn't and this game is available for people to buy. Unfortunately, it goes without saying, stay away from this game until this is fixed.

It's a shame really because while Samurai Riot isn't the best side scrolling beat 'em up, it's still a decent one, and I really liked the whole choose your own path system. Having eight different endings means there is a lot of replay value here, especially when you can get through a single play through quickly. But a bug of this severity is unacceptable, and the fact that it's still in the game while it's available for people to purchase is something I cannot overlook.

While Samurai Riot has decent gameplay and an interesting choose-your-own-path mechanic, I cannot recommend anyone buy Samurai Riot for the Switch right now due to the save erasing bug.