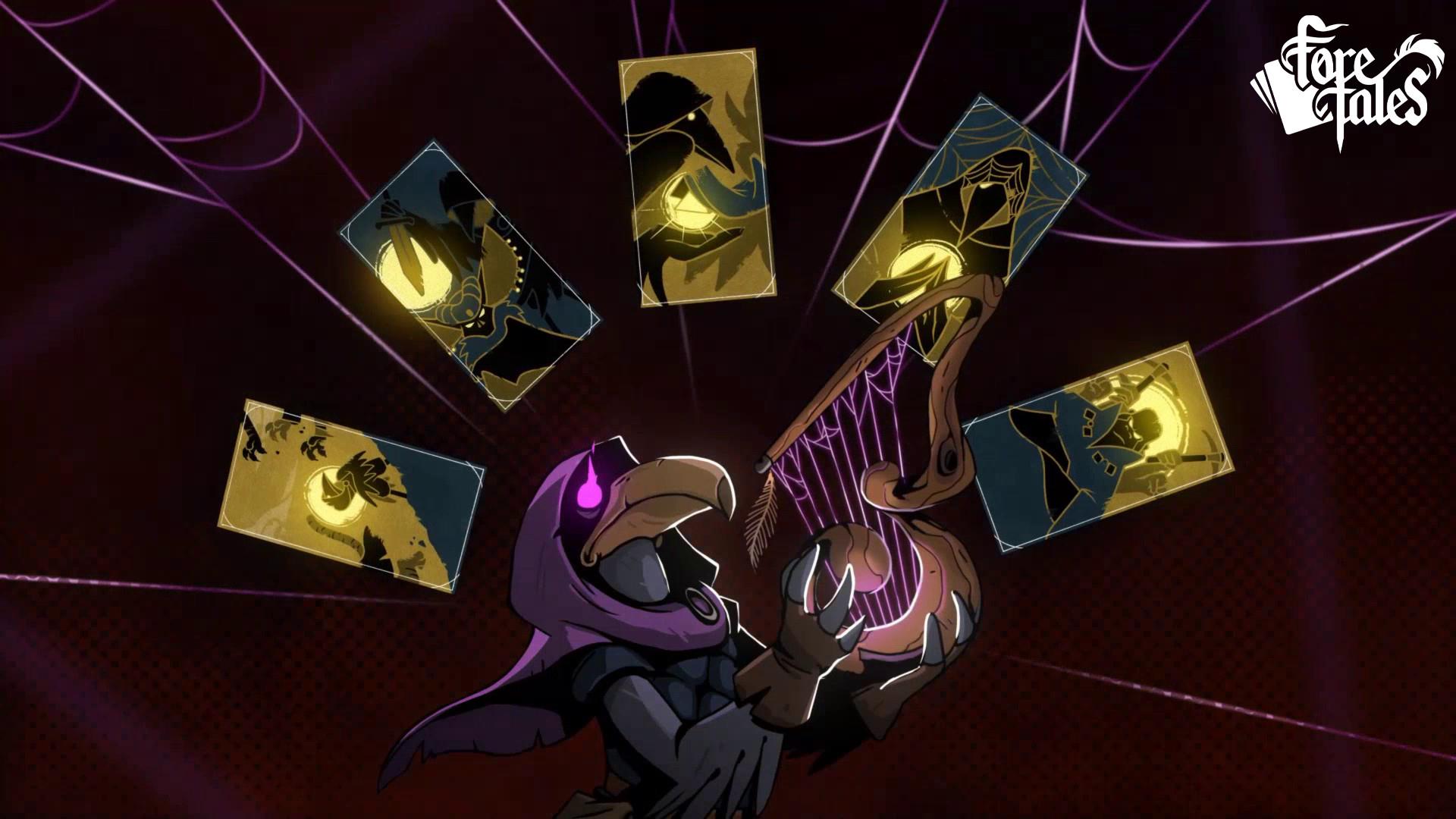 There is no question that the artwork in the new narrative deck-builder Foretales is what first caught my eye. There's no getting around it, so I'm just going to say it outright - the characters in this game are drawn in a way that is downright Disney-esque, looking for all the world like creatures from a high-budget classic animated film. But after looking closer at Foretales, I found that I was just as intrigued by the mechanics of the game. I'm accustomed to using cards in a strategic way to outwit opponents, or maybe climb a spire or two, but I've rarely used them to build a narrative. 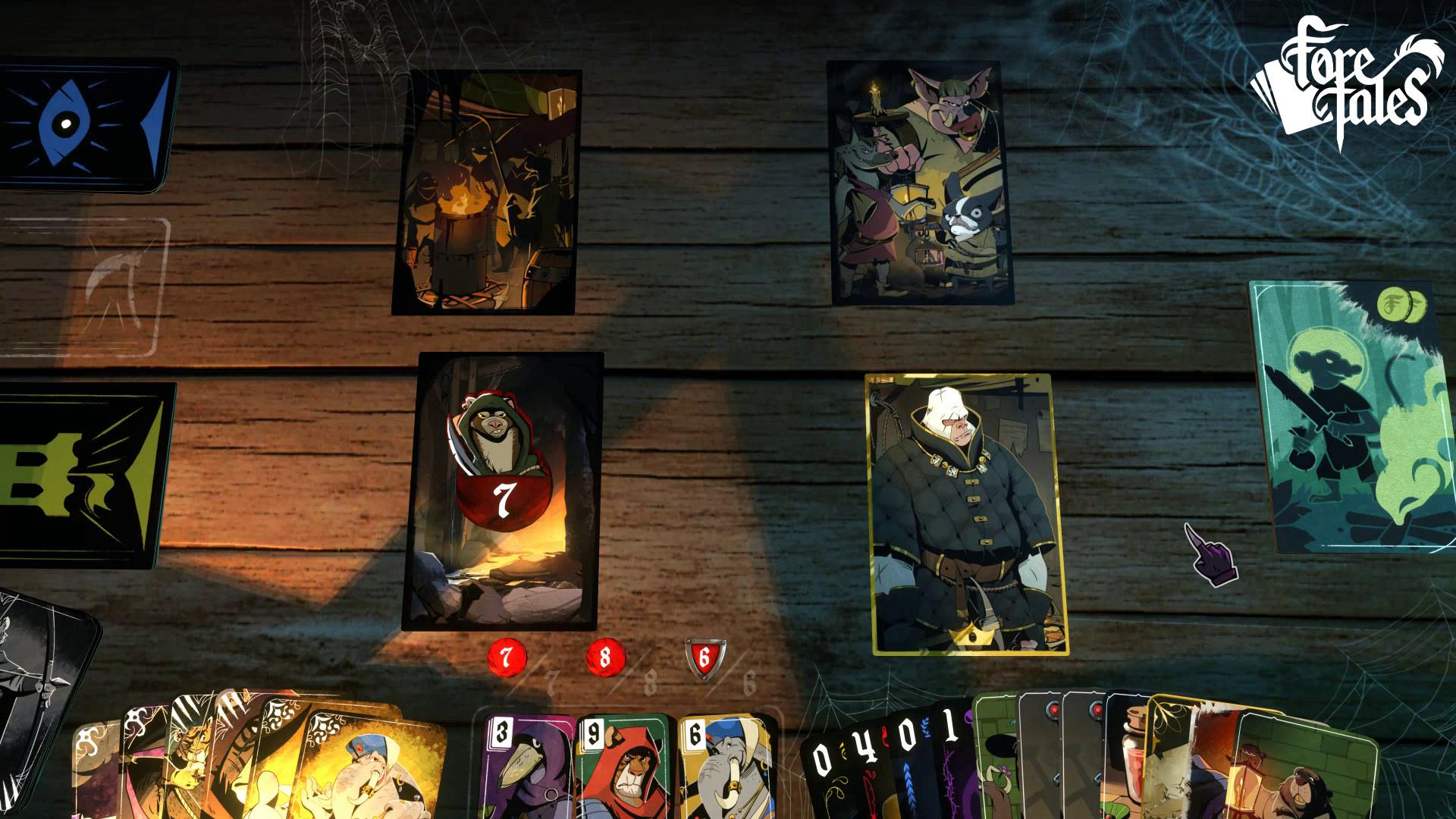 My first run at Foretales was a bit bewildering. I recorded it for a possible video to post, but this game was so far out of my comfort zone that I found myself fumbling about far too much to ever post the gameplay. I figured it would be best to get more of a handle on the mechanics of the game, and then come back for a second try. So that's what I did - I played for about an hour to understand the flow of Foretales, and then started over again. The following video is the result of that (and no, I still didn't completely have my feet underneath me).

Learning Foretales is similar to learning the rules to a new board game. Once you have it, you have it, but you'll find yourself consulting the rules a bit along the way. Players have a few different deck pools they can play with - but it is easier to think of those two decks as "resources" and "powers". As you move into an area, you can hover over any card in either of your decks and see what impact it might have on the area cards. Maybe you will be able to rob someone and pick up a few gold pieces for your resource cards. Or maybe you can eavesdrop on a gathered crowd and pick up some useful gossip that can come into play later. The ways the card at your disposal can be used is pretty dynamic, which is why the game's flow took me a little while to figure out. But the story hooks are pretty strong, and once you get through the tutorial and the game stops holding your hand, figuring out what cards to play when takes on a puzzle-like feel, as you ferret your way through environments to get the desired results. 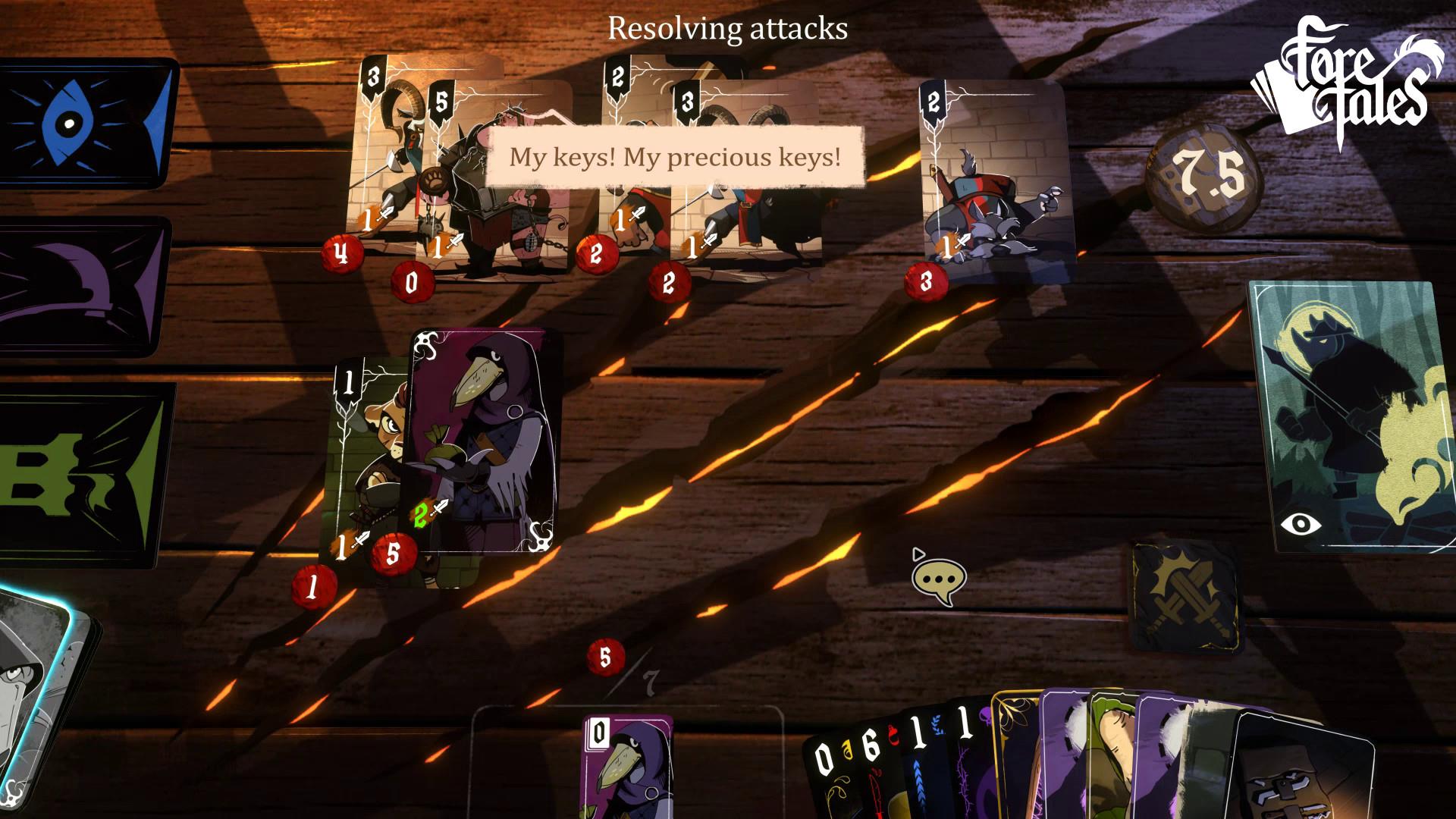 I've had a lot of fun with Foretales so far (I'm pretty sure I'm almost through the preview content at this point; I've continued on since recording this video). I'm looking forward to seeing where the story goes when the full game releases on Steam later this summer.

For more information, or to wishlist the game, check out Foretales' Steam page here.