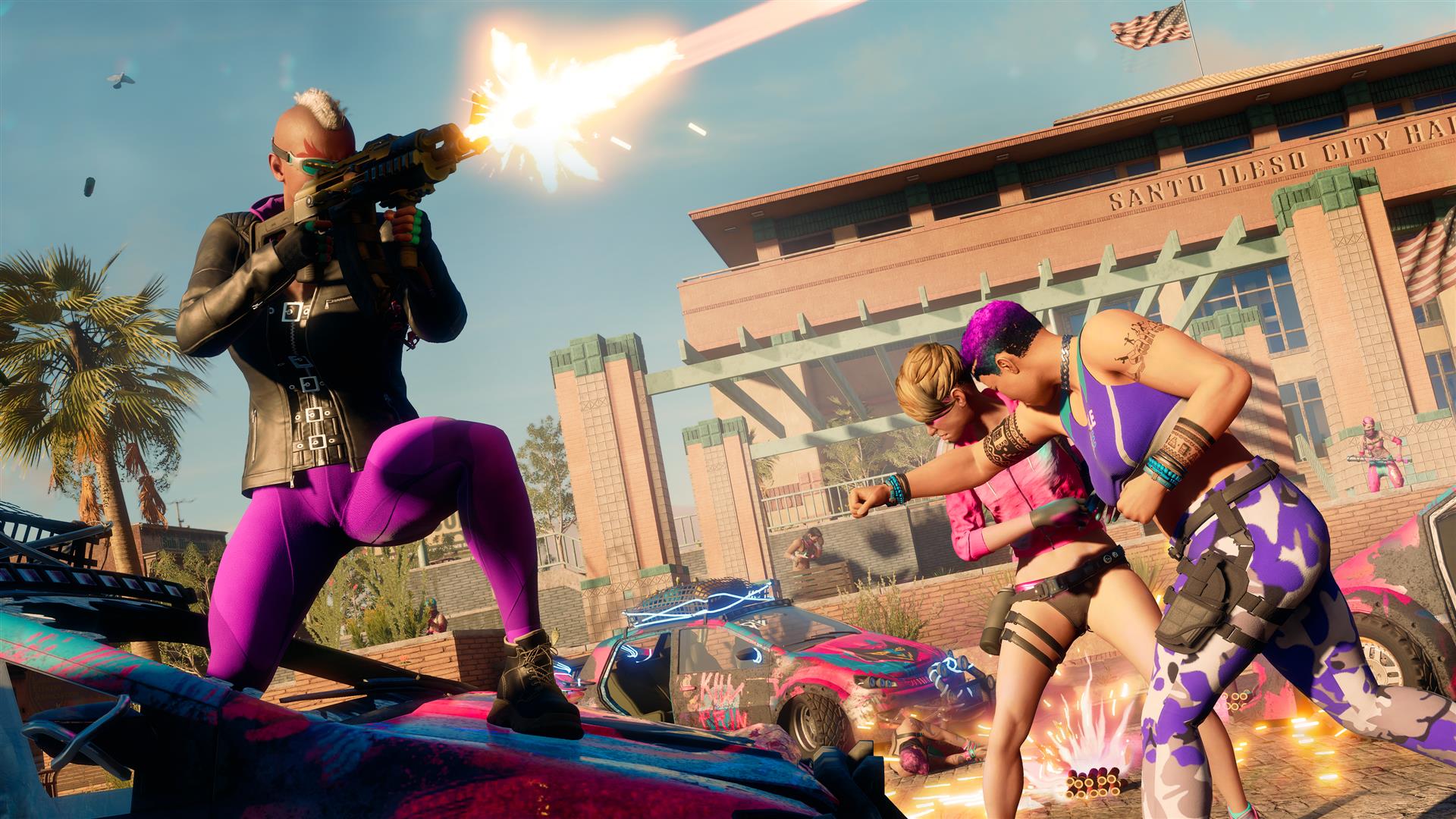 The Saints Row franchise was seemingly dead in the water when THQ Nordic picked up developer Deep Silver four years ago. After four mainline entries, the franchise had followed its through-line of mayhem and violence to its logical conclusion - a DLC that saw erstwhile franchise hero Johnny Gat superhero-ing his way through a Crackdown version of hell, fighting demons with ridiculous weaponry and a healthy dose of his usual sarcastic enthusiasm. What started as a slightly off-key GTA clone had evolved into an over-the-top free-for-all, with the gang leader becoming the president of the United States, while still spending their spare time running around downtown Steelport, whacking innocent people in the head with a baseball-bat sized dildo. Fun as all this was, it was getting a little thin, gameplay-wise. When the franchise's original publisher went belly-up, it was starting to feel like it was time for a break from the Saints. There weren't many places left for the franchise to go. 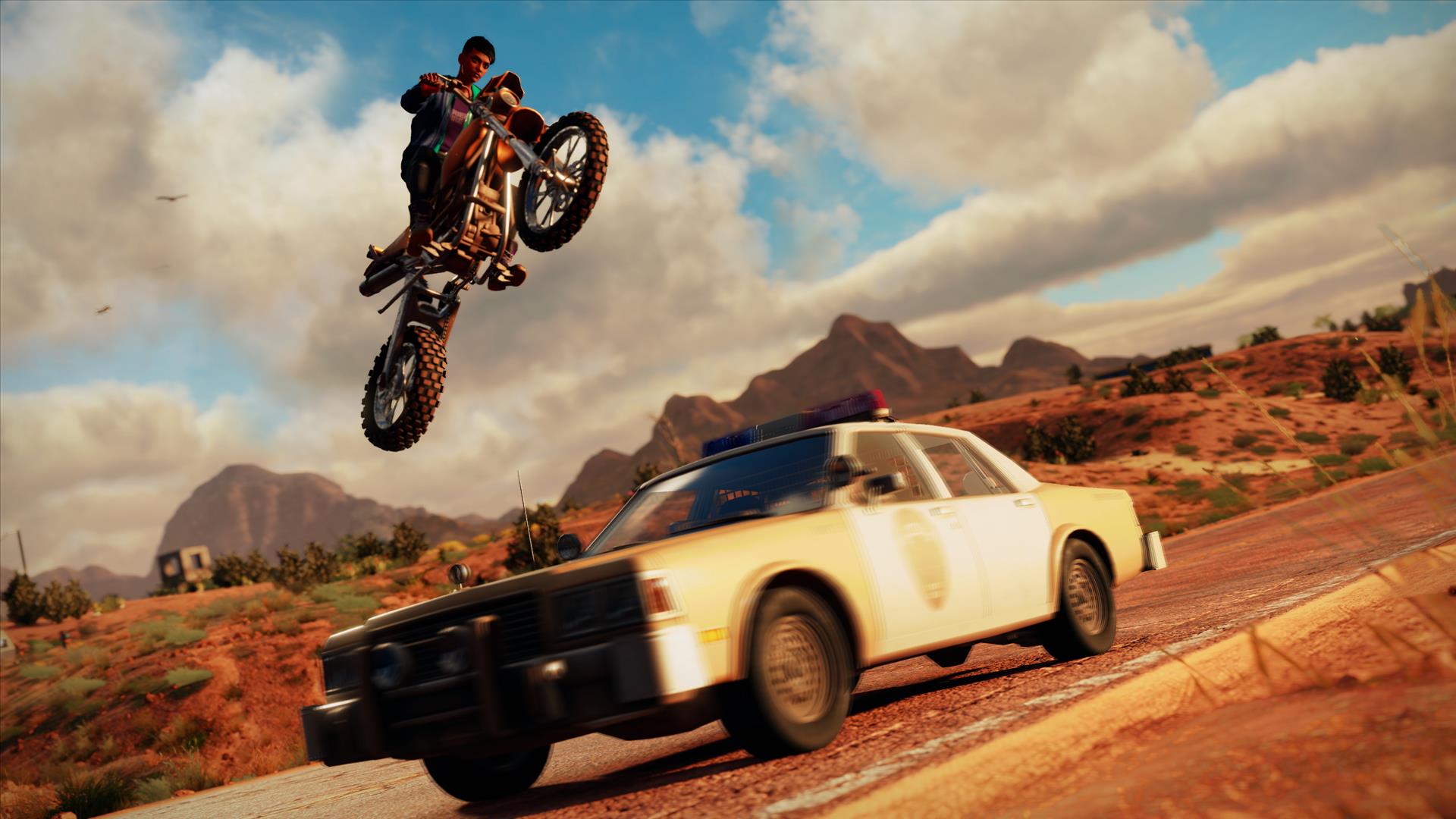 But now it's 2022, and the world is an even darker place than it was four years ago. We all deserve to blow off a little steam, and running around a newly reincarnated version of Saints Row seems just the way to do it. Sure, THQ Nordic has tapped the "reset" button on the franchise, leaving ol' Gat toiling away down in Hell for the time being while starting a new continuity for the Saints - but that doesn't mean that this is a calm, civilized game. It just means that the franchise has freed itself from a lot of the baggage it had accumulated over the course of four (and a half) games. Gaming Nexus attended a recent hands-off demo of the new Saints Row, and we are pleased to say that the game is looking like a raucous good time, regardless of the fact that it is starting fresh. 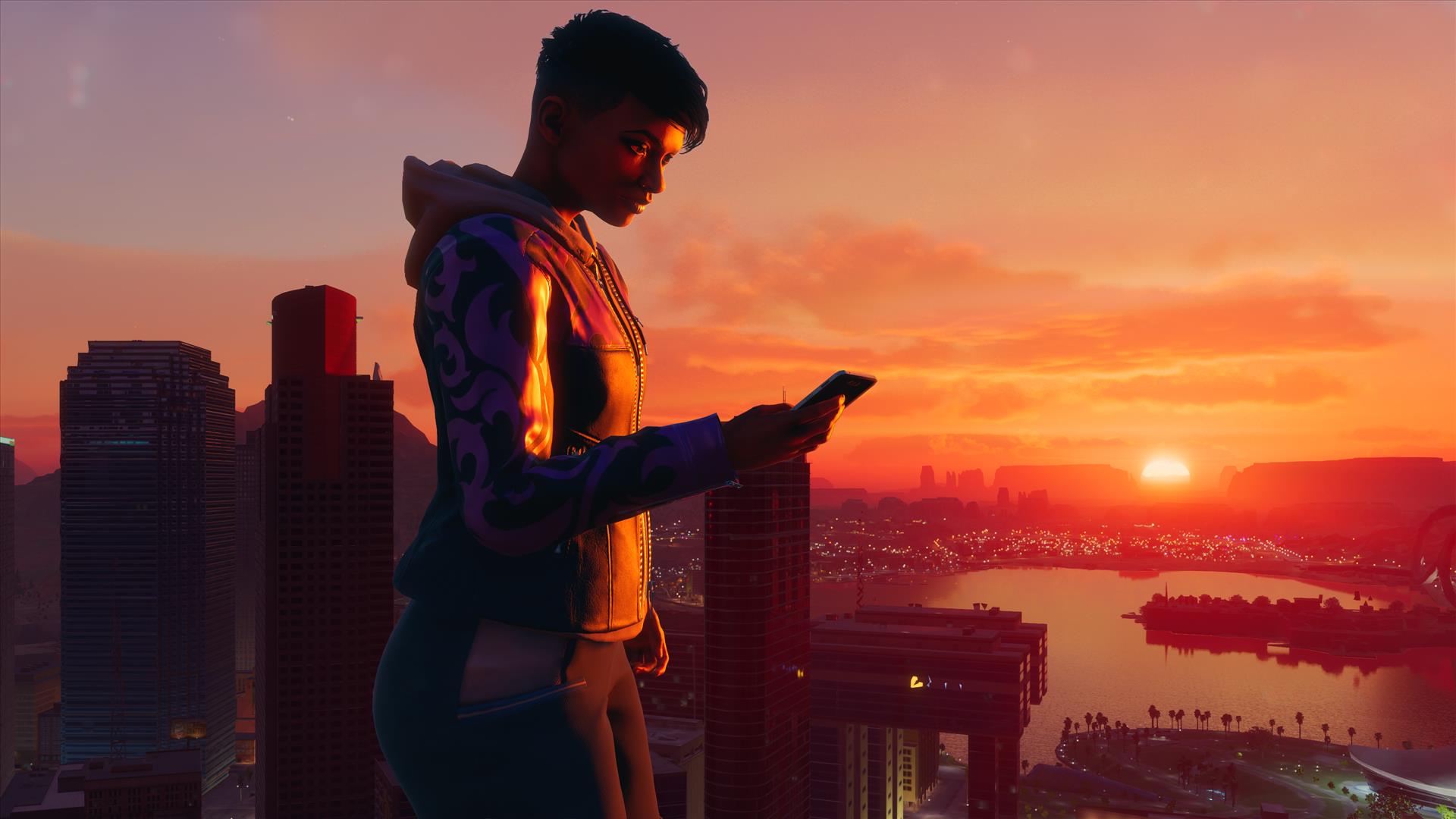 This fresh start means new characters, a new Saints origin story, and Santa Ileso - a new, western-themed city for the Saints to slowly take over. The game starts with a group of four friends - including the player character, who eventually becomes "The Boss" - who are struggling to make ends meet. These young adults make the same choice we would all make when in danger of not making rent - they turn to a life of crime, committing robberies and stealing cash money. Over time, they move further and further into the criminal world, making alliances and taking down rivals, and slowly - organically, even - the Saints are born. 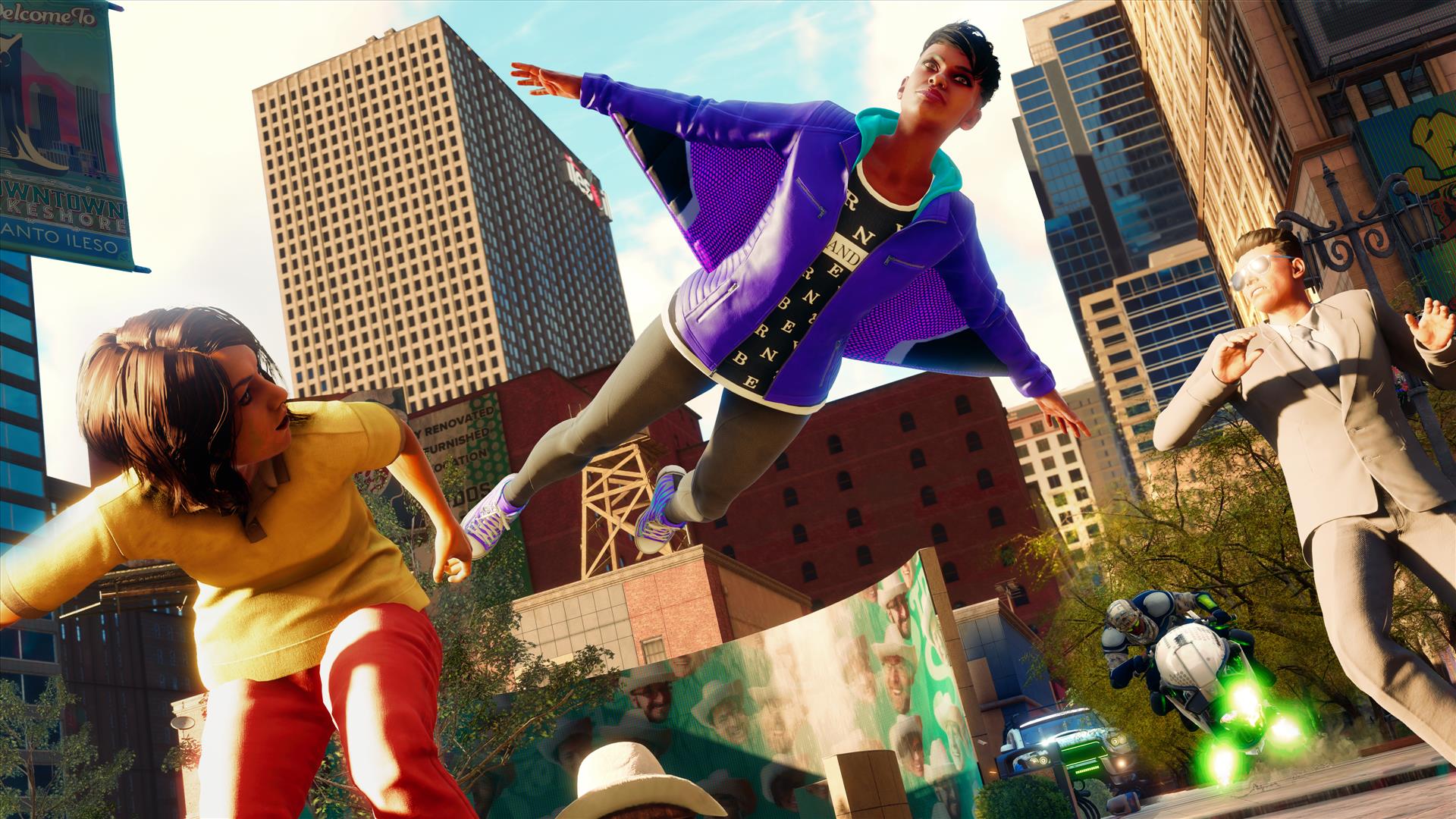 An early mission we saw showed the team committing a pretty low-stakes robbery, taking down a payday-check-cashing joint. Of course, as things are wont to do in games of this nature, the heist goes off the rails, and before long the player is tearing across the desert with a parade of cops trailing behind them. Saints Row foregoes the standard "star wanted level" in this scenario, instead relying on the player to think quickly. By pulling off gigantic stunts (driving off of overpasses, using mesas as ramps), the player can create enough distance between them and pursuers to get away. Of course, if that doesn't work, you could always use the new Burnout-style sideswiping mechanic to shake the flies off your tail. 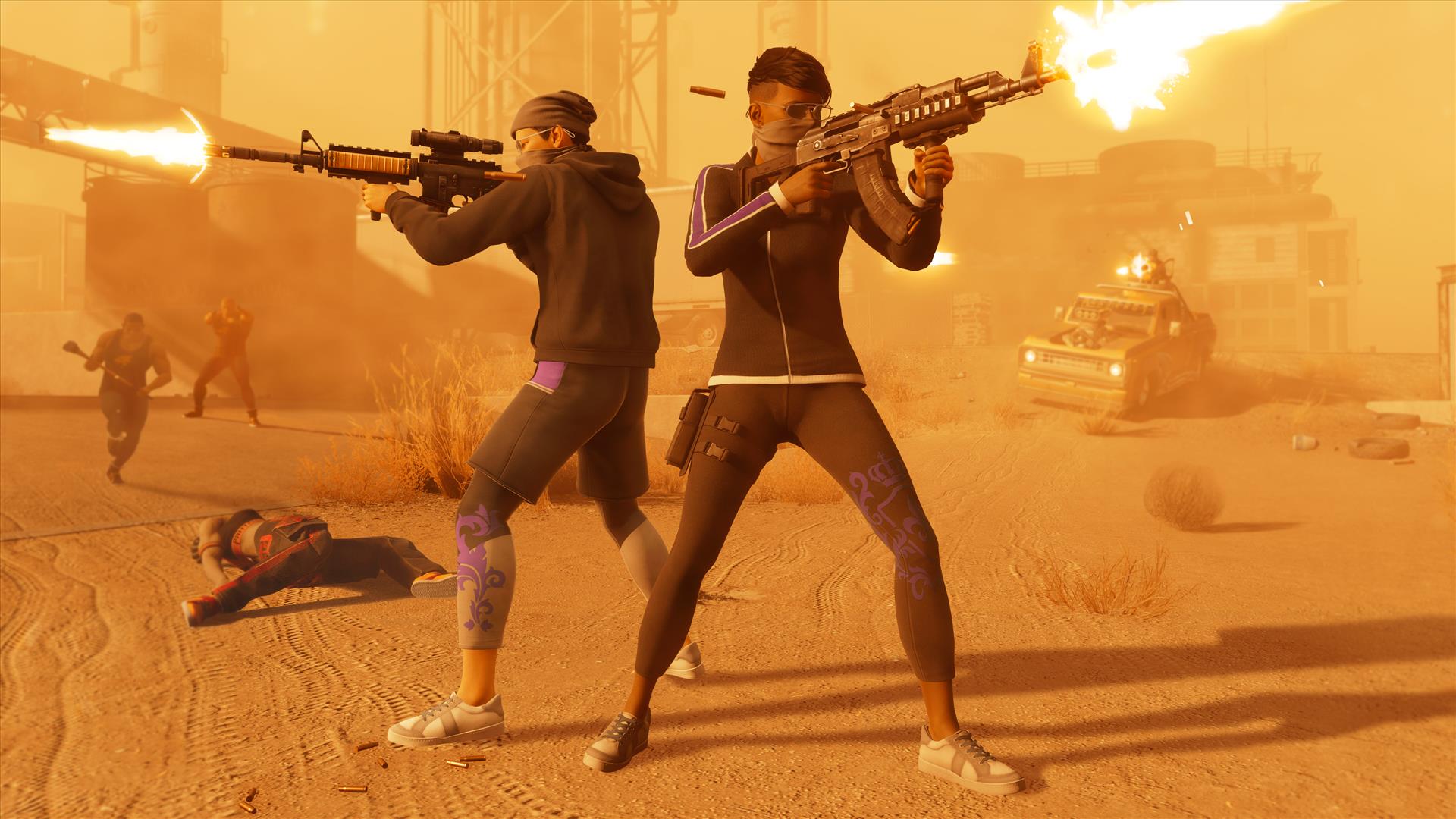 As the game progresses and missions are accomplished, more options become available to the player, including new customization controls. Unlike other games of this type, the player can simply pull out their phone at any time and completely revamp their appearance, changing gender, body type, and clothing at will. The new character creator in Saints Row features a very fine level of control, even allowing players to create asymmetrical facial features (perfect for those Bowie wannabes out there). You can even change your voice and accent, to either keep your character's speech in line with their appearance, or to create some fantastic discordance. In keeping with the franchise's history, every vehicle can be deeply customized as well, allowing you to create your own fleet of Saints-mobiles. The very welcome addition of a standard-issue wingsuit will also give players a new way to trapse across the city, hilariously bouncing off of pedestrians' heads to pick up more height. 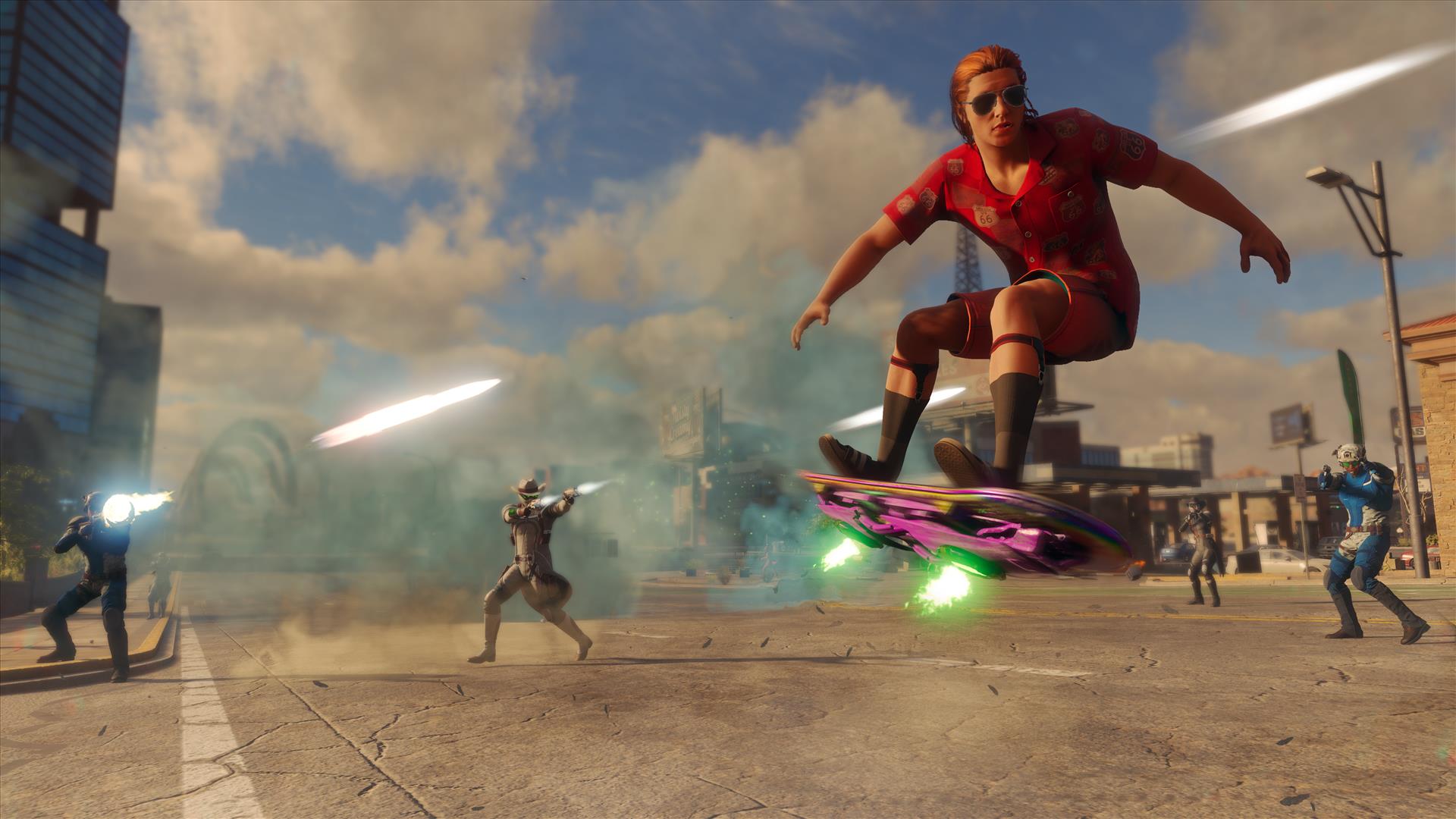 There is no shortage of stuff to do in the new Saints Row - including story missions and side hustles, some of which will look pretty familiar to long-time fans. Yes, that side game where you blow up as much stuff as you can in a certain time limit is back - and this time you can play it co-op. In fact, it seems as though the entire game will be co-op enabled, allowing one player to drive the car while the other surfs on the roof and shoots dudes. You and your partner can regroup at the Saints' new hangout/HQ - an Alamo-looking church that can be upgraded and customized as the game progresses. 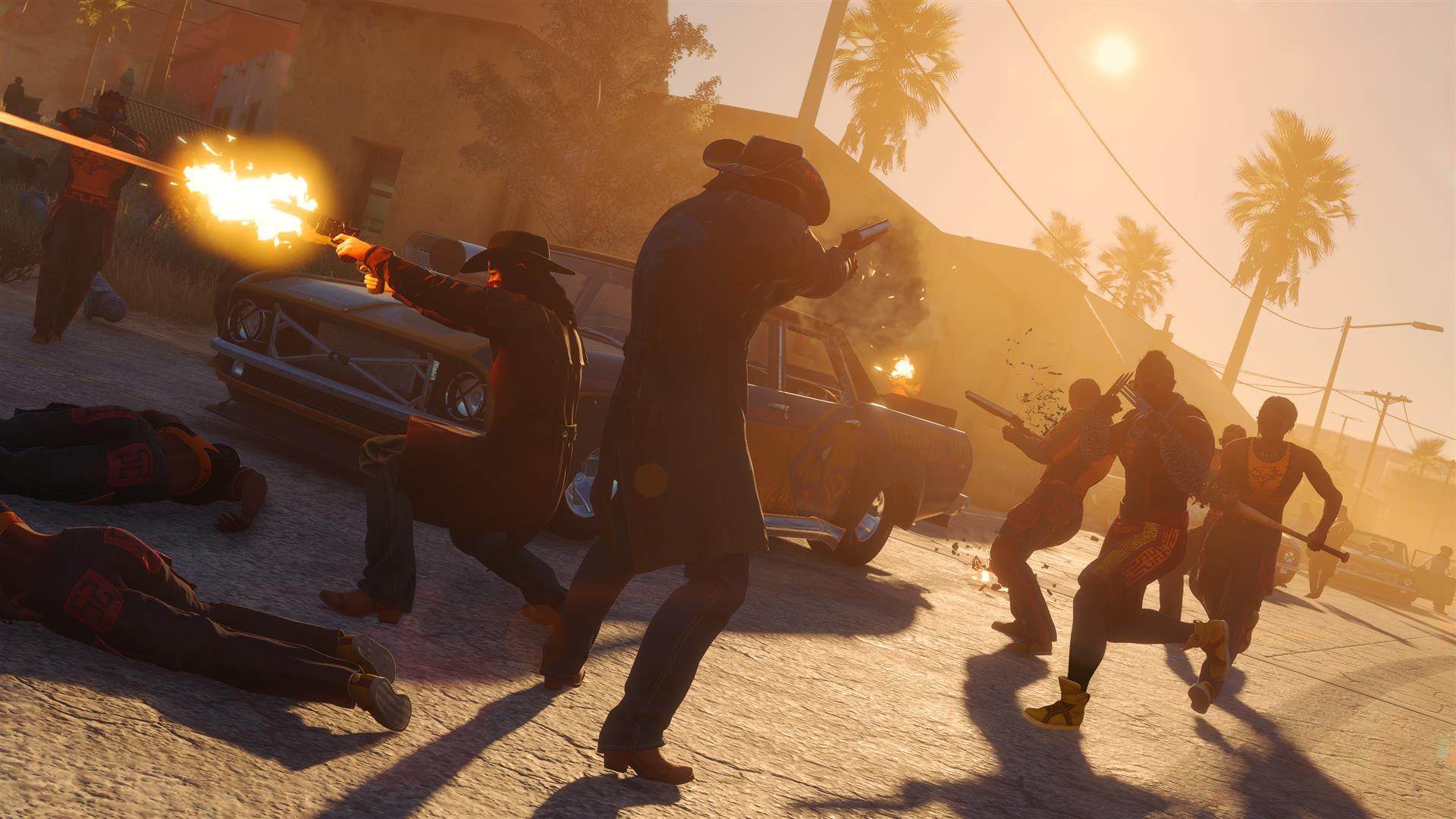 We saw a few more missions, each of which assured us further that the Saints - while rebooted - will still bring the mayhem the franchise is known for. In one scenario, The Boss was driving through what looked like the Fyre Festival, dragging a dude in a porta-potty behind a truck and swiping him into tents. In another, The Boss and a friend were rampaging through a forge-like car factory, using a number of different weapon types and combat finishers to take out an army of rivals. The combat looks both tight and wild at the same time - something of an achievement in our book. 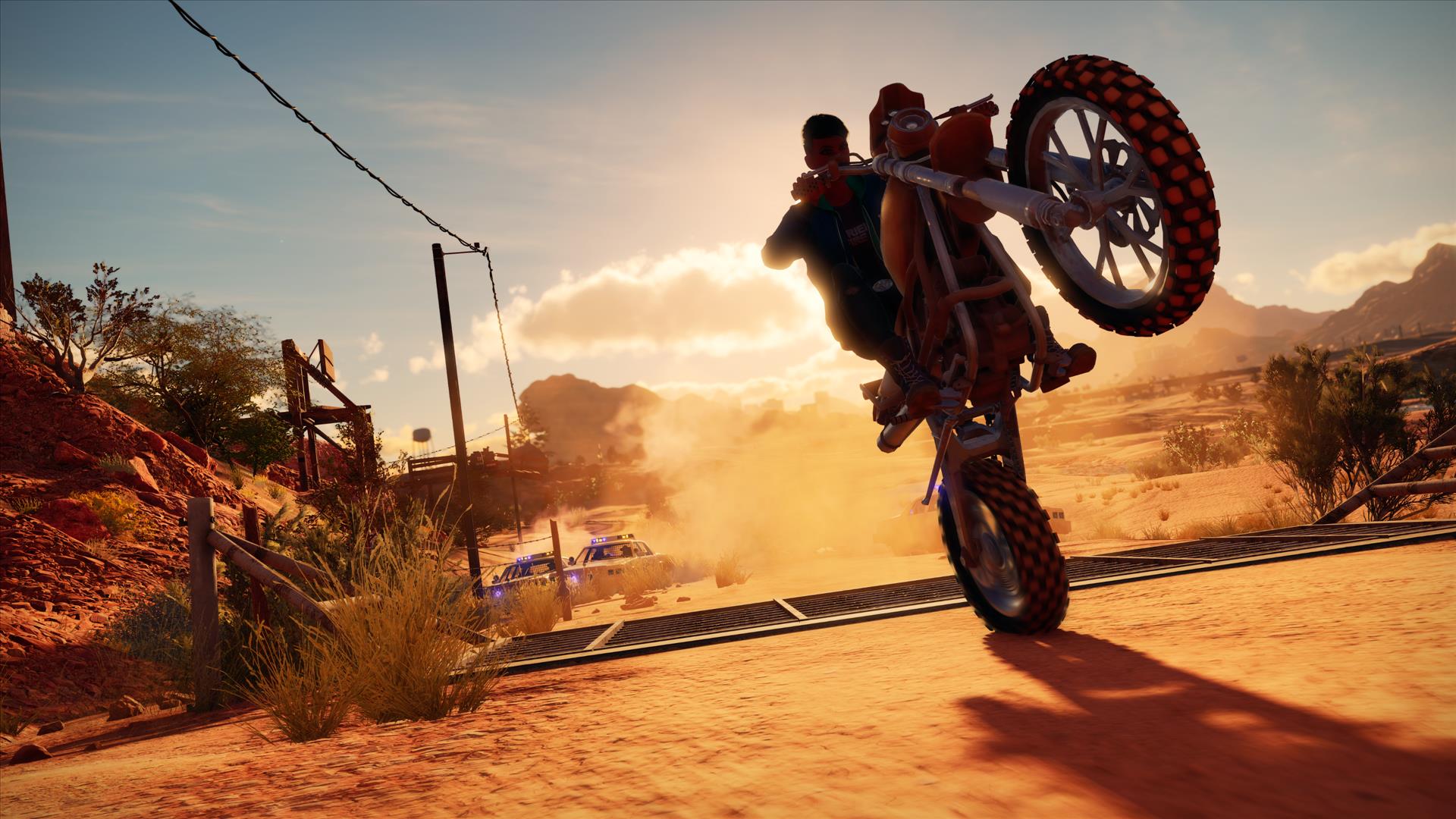 So yes, the Saints still look and feel like the Saints, regardless of the cast changes or the new setting (and in case we didn't mention it, the game is absolutely gorgeous-looking graphically). We can't wait to get our hands on the final product to see just how deep this rabbit hole goes. But from what we've seen, Saints fans are going to be pretty happy when they get to dive into this new, violent playground.