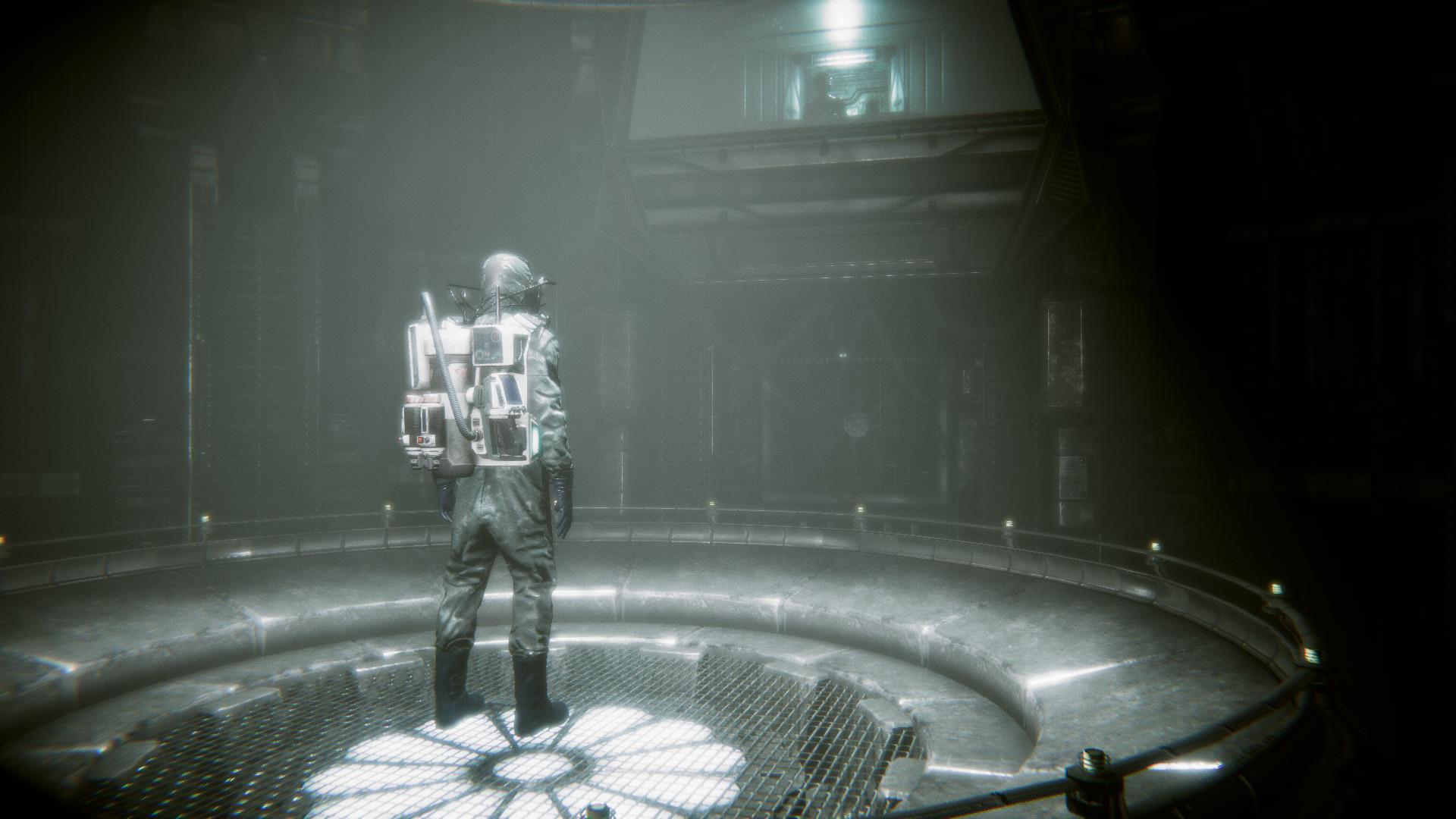 Interactive narratives have always been a hit or miss in the video game industry. On one hand, they need to maintain a story interesting enough for players to see them through to the end. On the other hand, they need to have gameplay engaging enough to differentiate themselves from movies. Cosmonaut Studio’s debut title, Eternal Threads, is a first person, narrative driven, time manipulation game that sends you back in time to save six people from dying in a tragic house fire. While I appreciate the technical soundness of the game and the novel concepts introduced, Eternal Threads ultimately misses both marks with an unappealing narrative and nonexistent gameplay.

The game makes its first mistake with the initial premise. You might be wondering: can’t I just go back in time and prevent the fire from starting in the first place? Nope, you are instead sent back to the point where everyone is already dead and given a futuristic handheld device that allows you to revisit events leading up to the tragedy. If time travel has already been made possible in this game’s universe, what’s preventing you from just going back to a point in time before everyone died? The game makes very little effort to explain the risks and consequences of time travel and leaves it up to the butterfly effect to see that things play out correctly.

After setting up your tech gadgets and signal boosters around the house, you are introduced to the six main characters of the game by replaying scenarios that took place in various locations throughout the house. There’s Tom the owner, Neil the college student, Neil’s sister Linda who needs a temporary place to stay, Raquel the promiscuous tenant, and Ben the doctor and his partner Jenny. Your handheld device, known as the visualizer, allows you to access a linear time map, where you can either focus on events chronologically or in any order you choose. Your goal is to save not one, but all of the characters by playing around with the timeline and altering decisions made by various people.

Gameplay is most akin to an over-glorified walking simulator, where the burnt house is your playground and all you do is walk from room to room, playing out different scenes among the characters. Most events cannot be altered, and are there only for context setting and character development. The ones that do give you different choices are binary and provide very miniscule payoffs in the grand scheme. Do I tell him I’m pregnant or not? Do I take my pet bird to the vet or not? The choices that dictate whether someone survives or not are so trivial and end up being a game of guess and check. 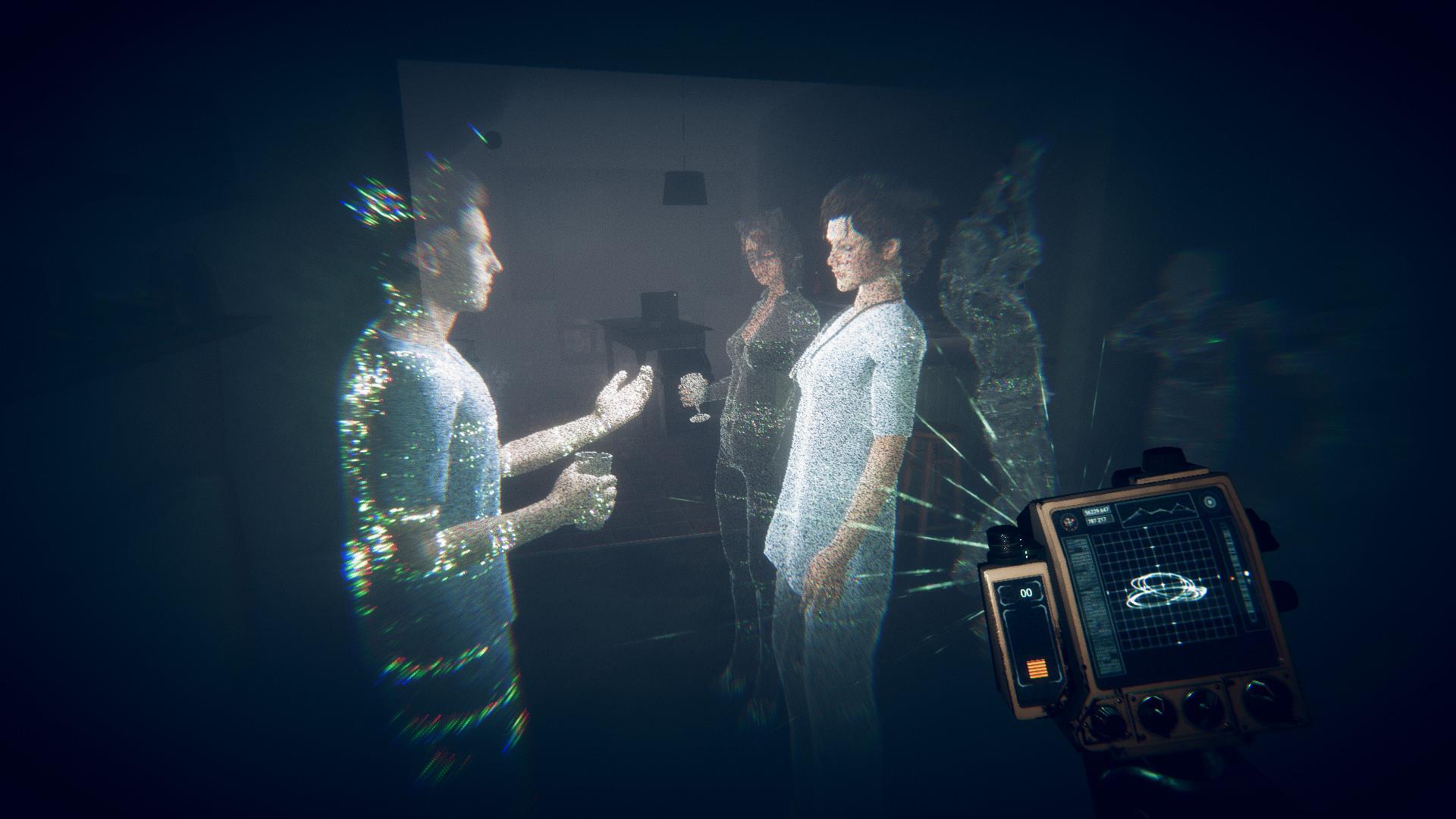 You can free-roam through the house, and inspect different clues and objects such as letters, texts on phones, pictures, etc. However, if the entire house has already burned down and all the inhabitants have died, how are all their phones still working? The backyard is initially locked – from the outside - meaning you need a key to unlock it when you are inside. The entire setting also reeks of scary vibes, given how dark and dreary the house is, even though the game has nothing to do with horror. An interesting design choice, but ultimately one that feels off.

It doesn’t help that the narrative is extremely boring. Eternal Threads features very mundane life drama, such as drunk texting an ex-girlfriend, studying for an exam, hiding a pregnancy, or getting a job offer. Given that the game mostly consists of walking and watching scenes, there simply isn’t enough motivation to sit through hundreds of tedious re-enactments. Not to mention, the voice acting and animations are janky, with emotionless voices and stilted lip movement. 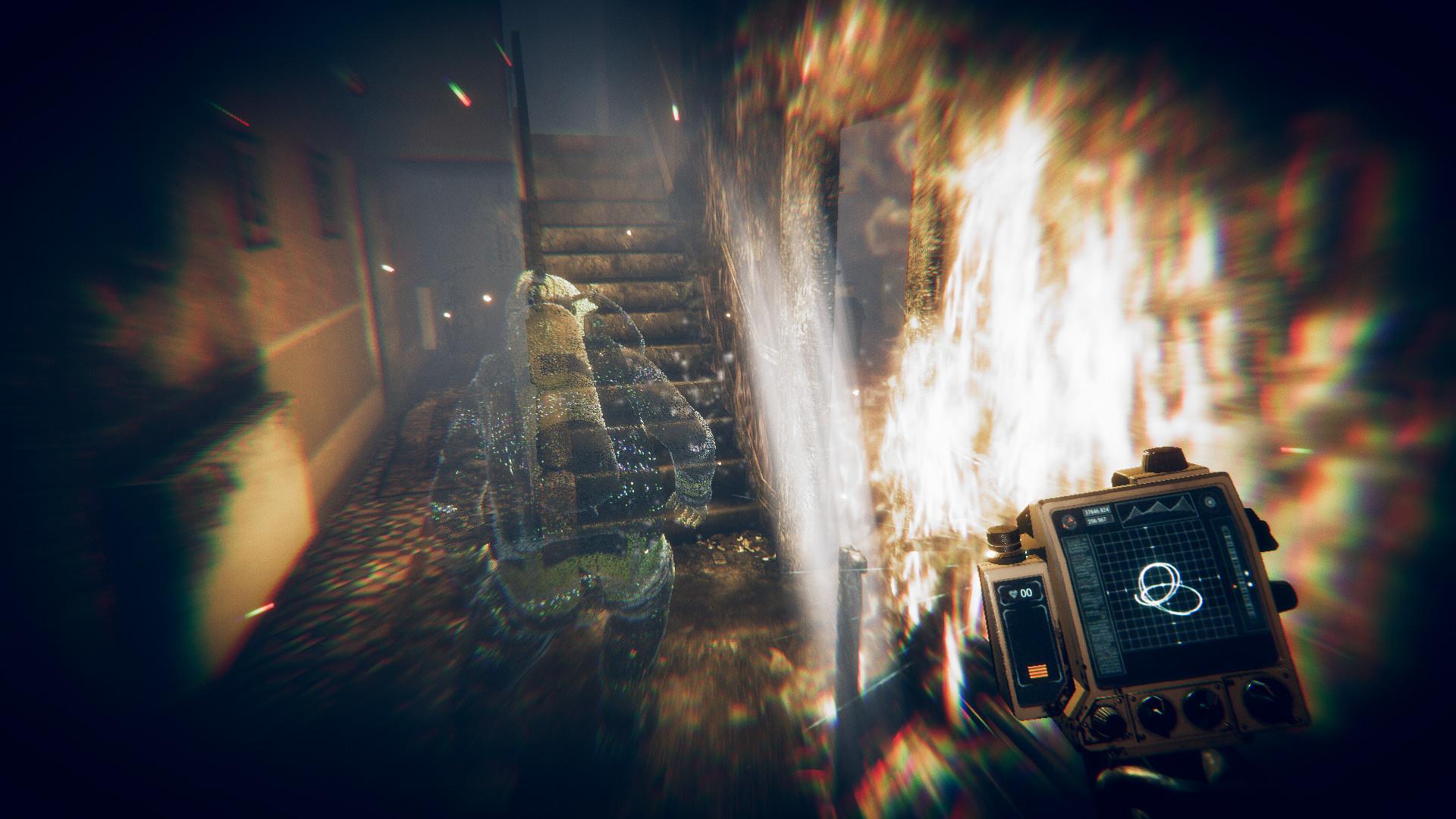 Some of the resolutions that do get played out make very little sense. Take Ben and Jenny for example.. If your decisions and timeline save only Jenny, the reason why Ben dies is because he randomly took sleeping pills and doesn’t wake up from the house fire and the shouts of Jenny telling him to wake up and dragging him out of bed. It’s completely bogus and isn’t realistic whatsoever. Some other deaths are more believable, such as passing out from being too drunk and not waking up by yourself.

One of the major missed opportunities of this game is developing the main character itself and the lab you work for. There is absolutely zero development to your character, and you learn close to nothing about the scientific lab you work for that has discovered time travel. It would have been interesting to learn more about this organization and perhaps be able to travel and fix other scenarios in alternate timelines. 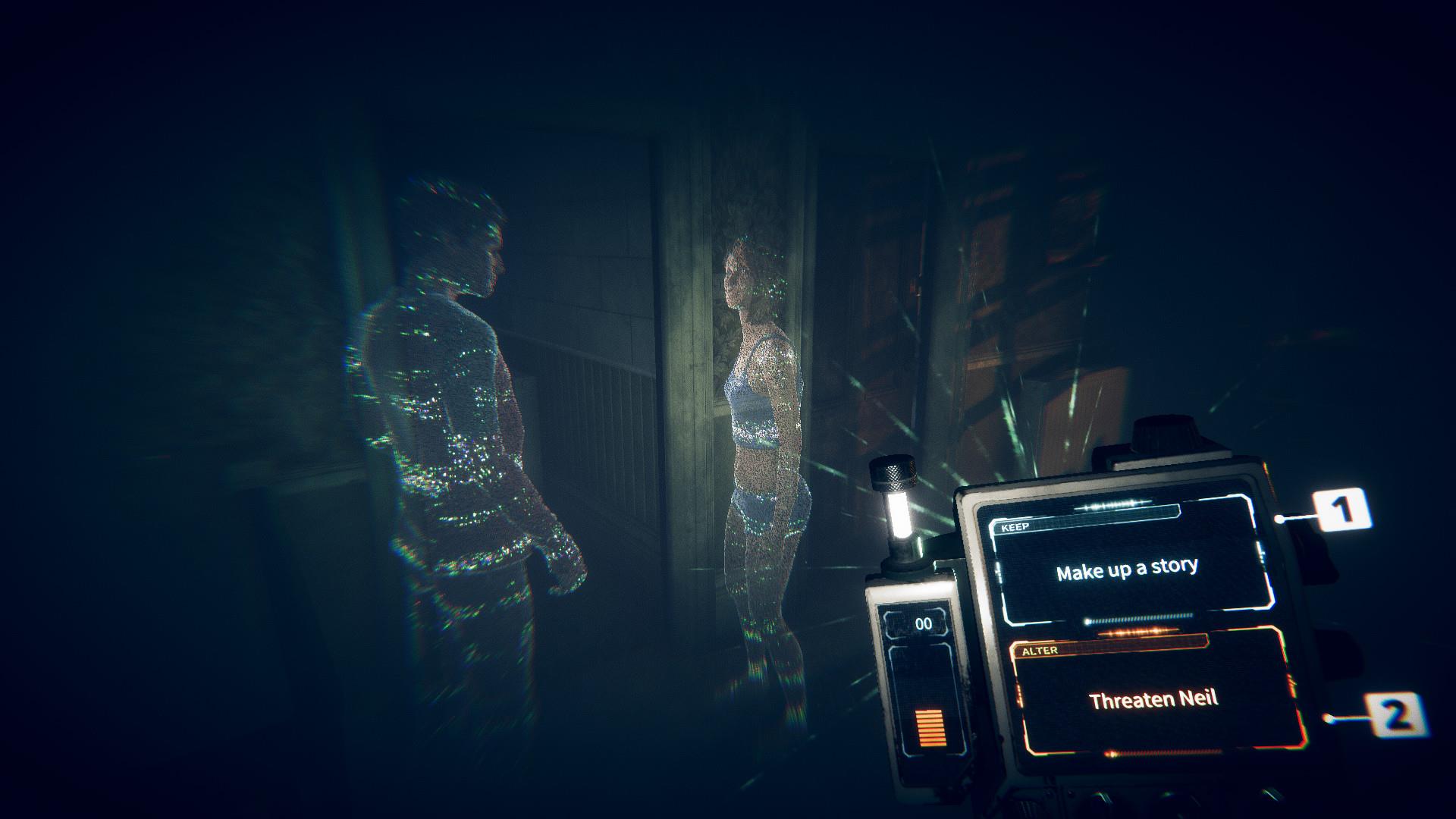 I do believe that there is something really promising deep down in Eternal Threads. The task to achieve the perfect ending is enticing and leaves you wanting to investigate and experiment more. It’s a slow burn game, and you really have to be invested in the story to be able to trudge through all of it. The plot is mostly coherent but contains design choices that are absurd and illogical. Ultimately, I do feel that this game should have been an interactive movie instead.

Eternal Threads is a plausible first project by Cosmonaut Studio that really has nothing going for it as an actual game. The time manipulation mechanic that allows you to sequence out the timeline in any order you like is unique, but the uninspiring narrative and repetitive “walking and watching” loop make it a chore to get through. There are tidbits here and there that keep you engaged but aren't nearly enough to keep you seeing it through to the end. At the time of this review, there isn’t a price revealed, but I would recommend checking out the demo first or waiting for a deep deep sale.

Eternal Threads is a narrative driven, time manipulation game that ends up being nothing more than a walking simulator and cutscene watcher. If you're into making some binary decisions to alter some future events on the timeline, then I recommend checking out the demo first. This game is much better watched, because it's just not fun to play.