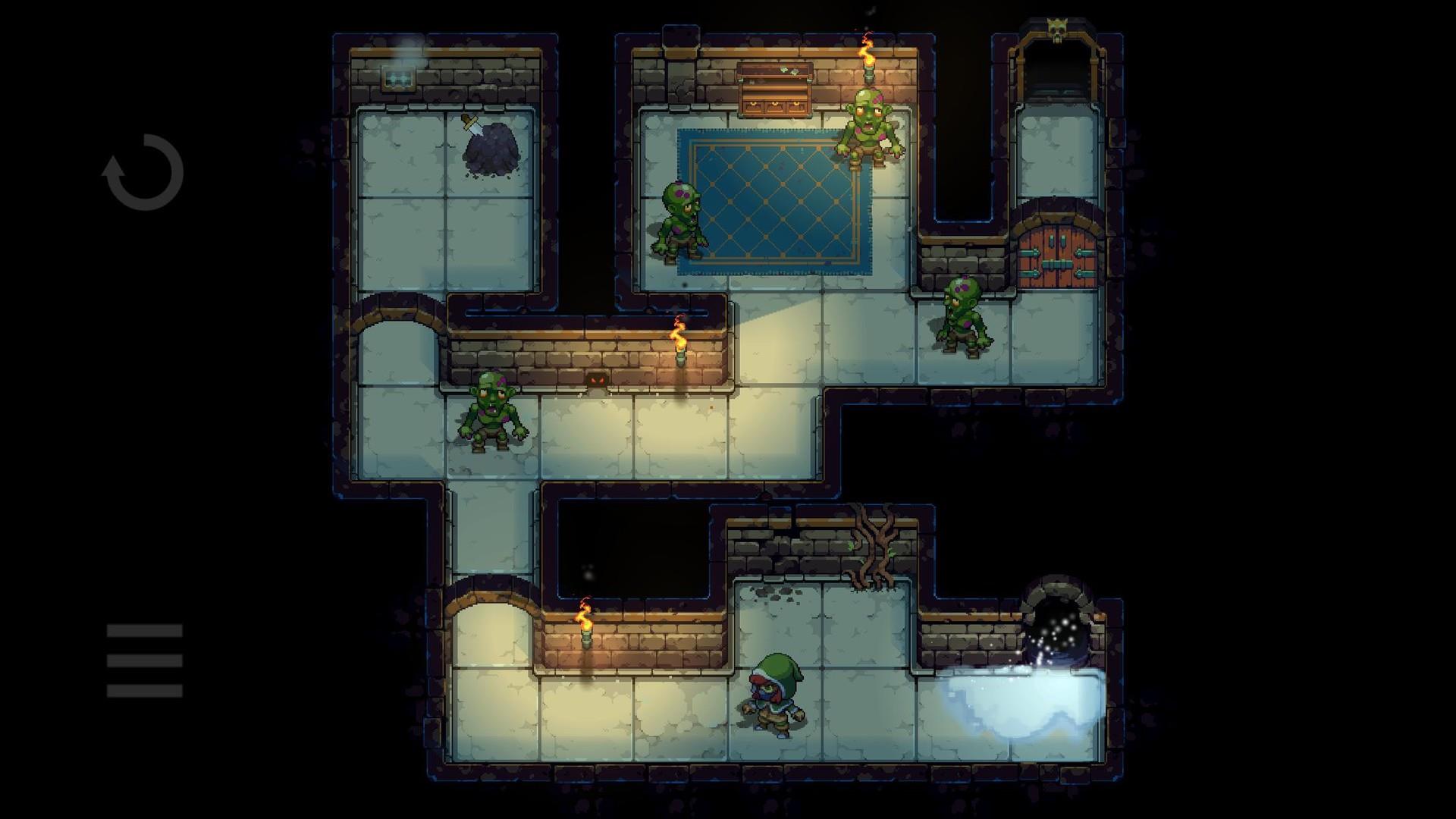 The first feeling that might ping your soul when you look down upon Dungeons of Dreadrock is a bit of nostalgia for the Zelda games of days gone. This is billed as a dungeon crawler in "the spirit of the 80s." While the visuals and even elements of the gameplay excellently capture those halcyon days of gaming past, this is also a game with focus. As the website states: "No inventory sorting MMO grind. No procedural roguelike bullshittery. No open-world searching downtime."

Dungeons of Dreadrock puts you in the shoes of a loving sister and presents you with 100 levels to save your brother, each a unique puzzle all its own. While I would describe this as an action puzzler, you do get a sword fairly early on and over time learn more skills and techniques to battle the various minions on the way to the Dead King's throne room at the bottom of Dreadrock Mountain. But the emphasis is much more squarely placed on the puzzle aspect than action. They both serve each other well, but unlike a classic Zelda game - where reflexes and skills with a sword, wooden or Master, rules each frame of the map - Dreadrock levels will only be solved with brains, not brawn. 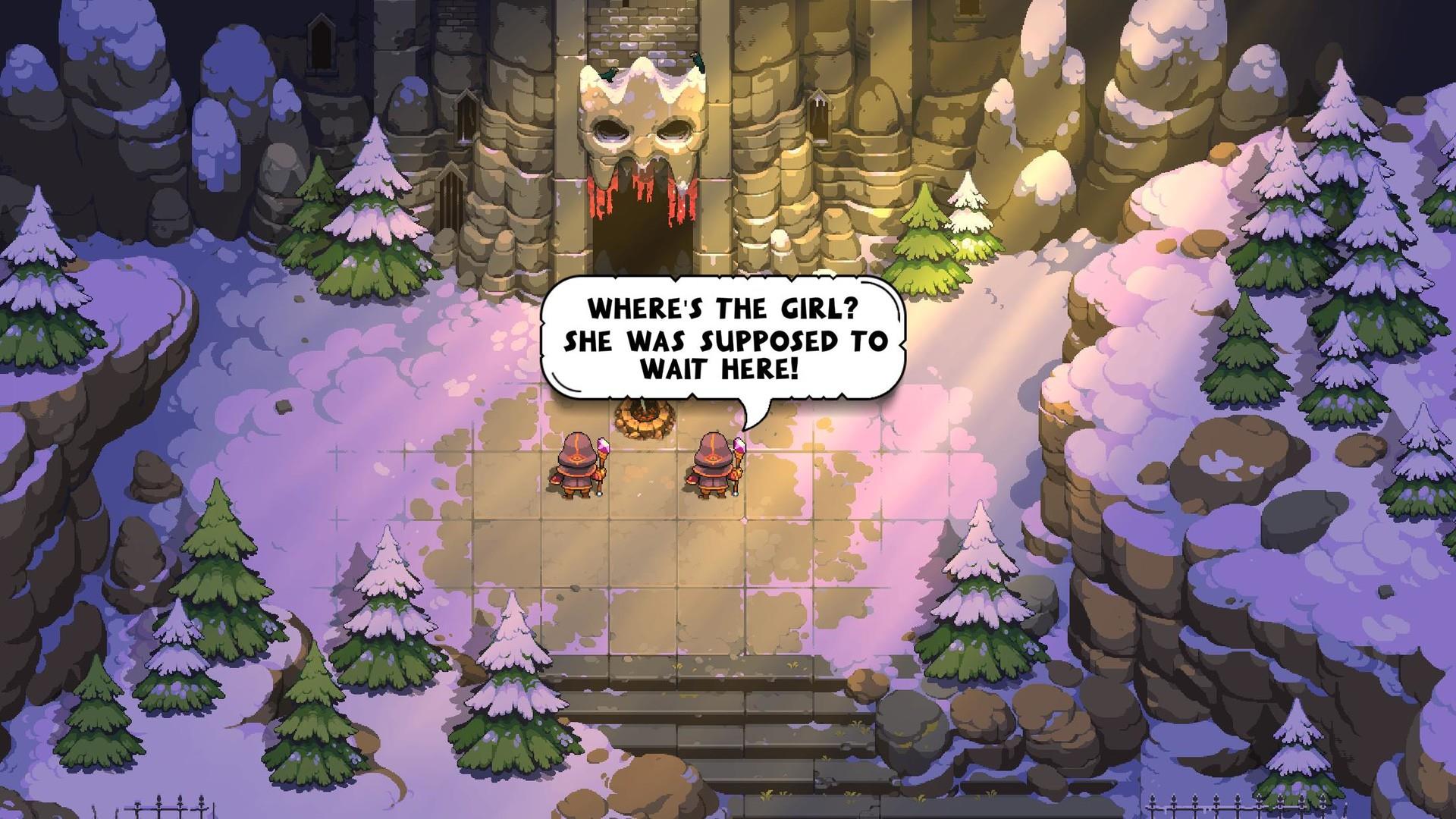 Most of the levels progress naturally. New elements are introduced gradually and for the most part the entire experience flows so naturally it really allows the endearing story to unfold unabated. The leveled design makes the game easy to pick up and put down. And in those rare occasions where you do find yourself struggling over a solution, each level has a series of hints available after a few minutes. Overall I think only needed hints three times. Once was extremely helpful as I was well on the wrong track as the level was actually introducing a new mechanic. Another confirmed I was on the right track, just needed to be a bit quicker with my movements. And the last time was on the final level... which was the only level that didn't have them. Drat. (YouTube hooked me up, there's another new mechanic to engage with that can be a little difficult to even recognize it exists on the screen). 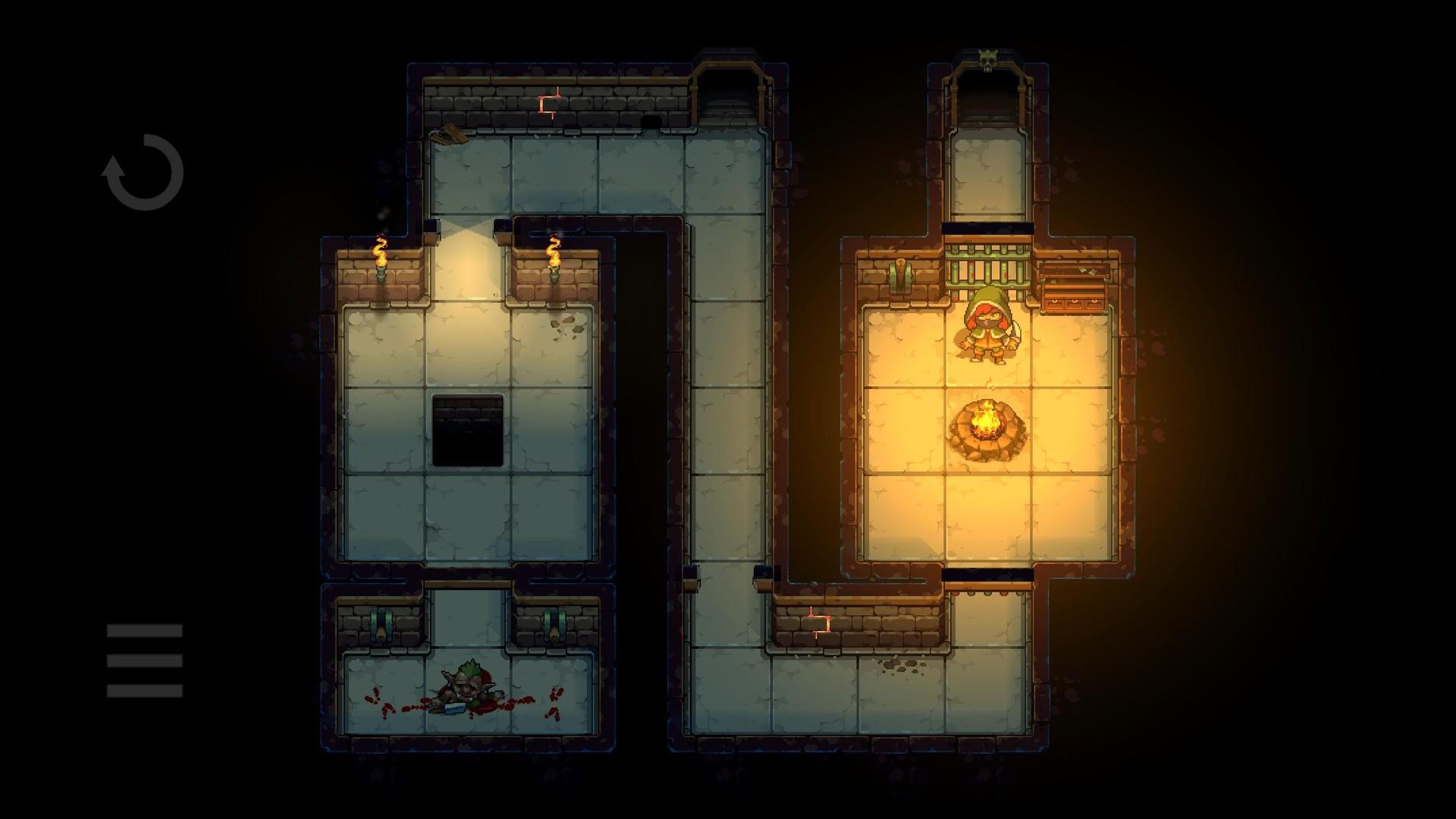 So the entire game has this wonderful feel and flow. The animation is excellent. The story is as well - even if it is a bit simplistic, it matched the tone and feel of the game. Move through the puzzles and get treated to a casual bit of storytelling well blended along the way. There is great attention to detail, even in the staircase animations that serve to carry you between each of the 100 levels, there are bits of variance pertinent to where you've come, where you are going, and sometimes even who is following you... Speaking of which, one of my favorite elements was how certain levels require backtracking to previous levels. It never seemed a chore and added that little extra to some of the puzzles. 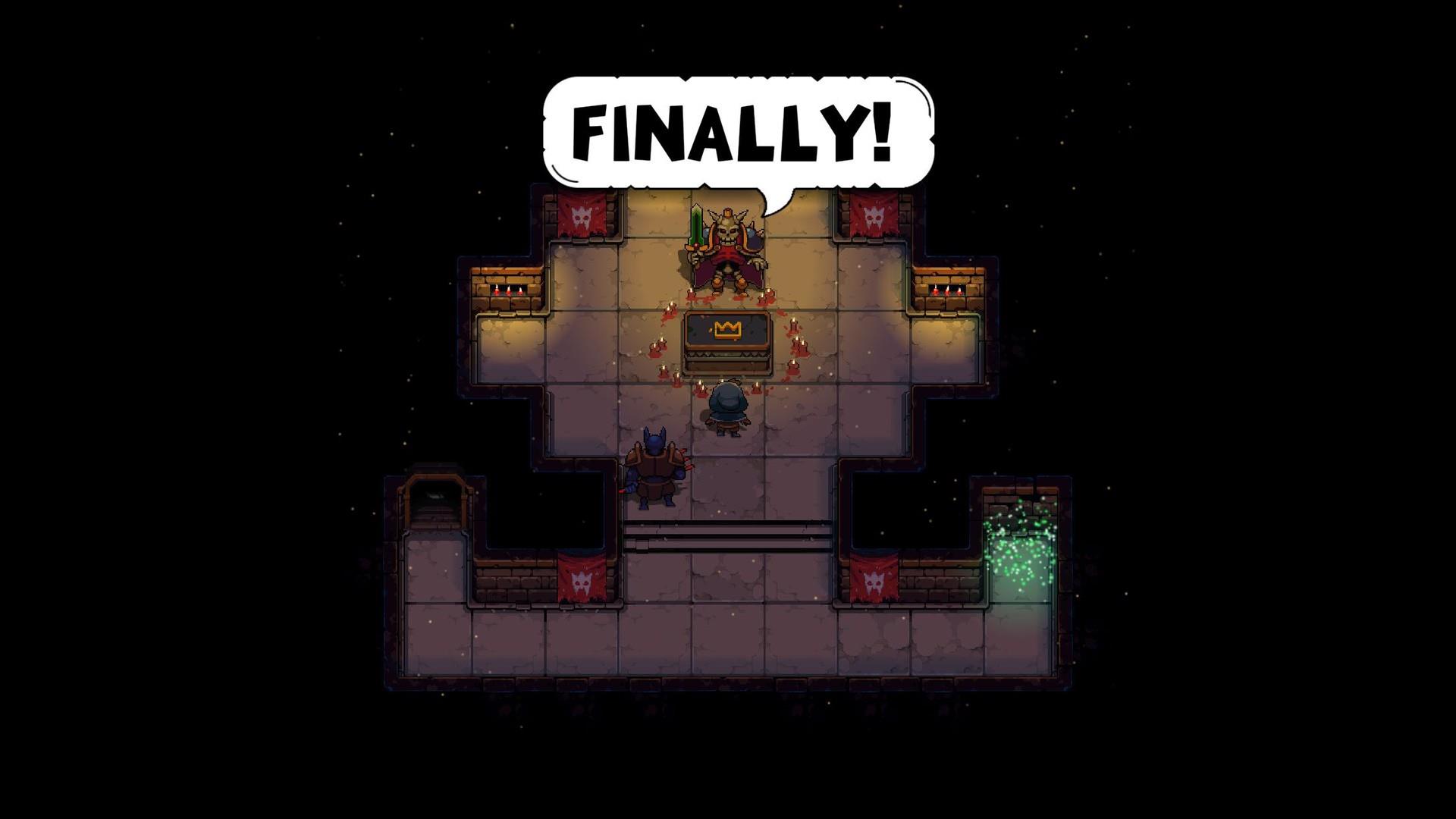 The only real drawback to Dungeons of Dreadrock is that once the 100 levels are finished, there's just not a lot of replay. The game is priced accordingly, though. $10 for the Switch is a bargain. It would seem an even greater bargain if this were a standalone game wedded to the platform. Unfortunately though, the game is only $4 on PC and actually free on mobile (ad supported with a $2 in-app purchase to remove them). It's definitely a game worth playing - 100 levels of excellent puzzling, enough action to add a dose of skill to the mix, and good times to be had. 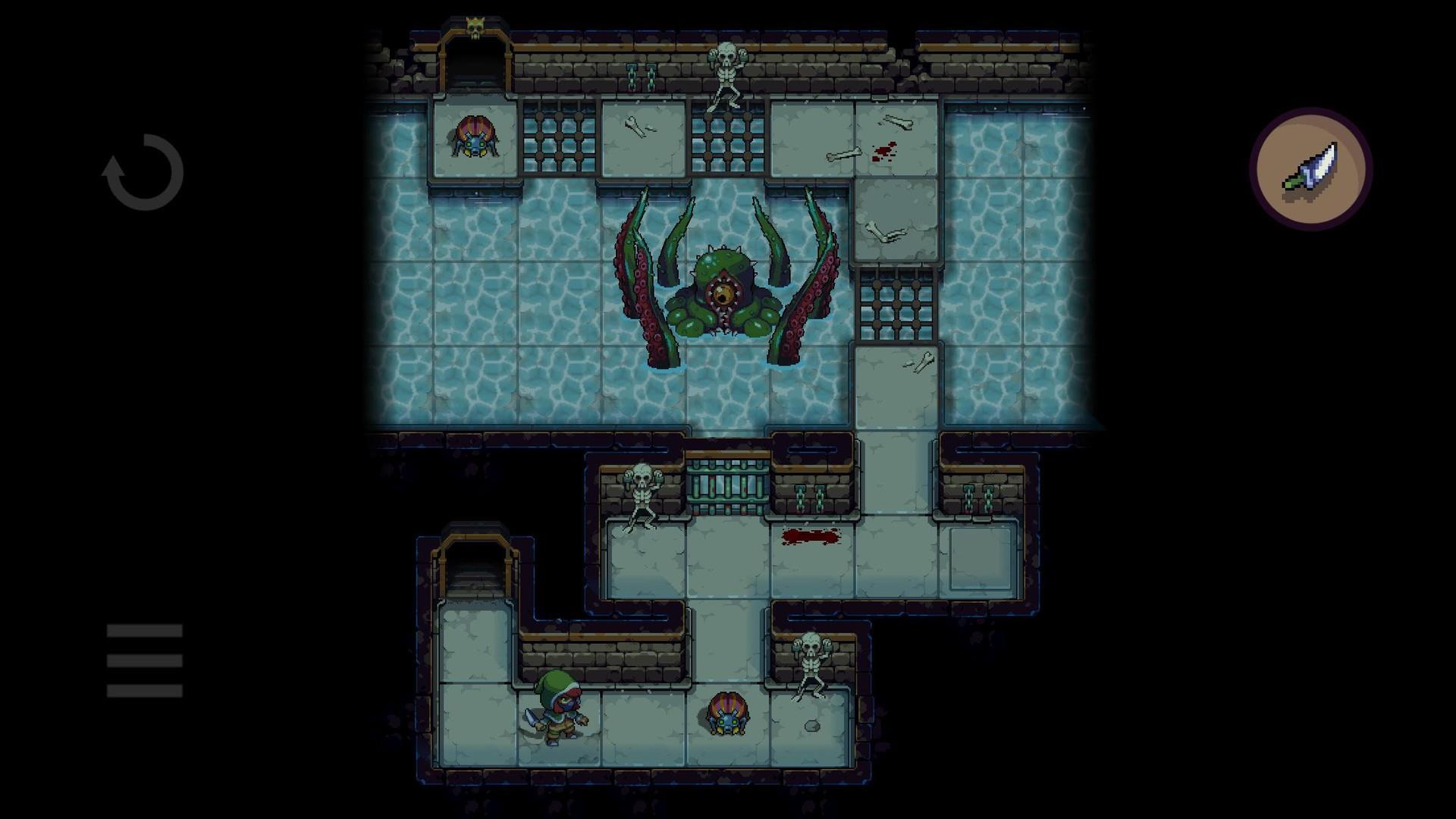 The controller support vs swiping mechanics on mobile platforms seems like a huge gameplay bonus for some of the trickier levels, but is it worth the relative premium? That's up to you. $10 is still good value in my option, the option of touchscreen and controller support, as well as mobile or at-home play that the Switch provides should all be considered premium features, justifying at least some price increase for sure. If that's too steep for your wallet, then do give it a try on one of the other platforms, because the game is excellent.

I really enjoyed Dungeons of Dreadrock, because it's a game that knows exactly the experience it is trying to deliver and does so expertly. There are 100 levels of puzzles, all unique, with mechanics and solutions that ramp as your character progresses deeper and deeper into the mountain, while delivering on a cute storyline with clever 32-bit animation. There is an action element, but that is mostly a timing component to drive the mental aspect of solving the puzzles. It's hard to put down, but each level gives ample opportunity to do just that, so you can binge through as many as you like, then leave it to pick right back up again easily enough. The only drawback is once you're traversed all 100 levels, your time is done - but it was time well spent.