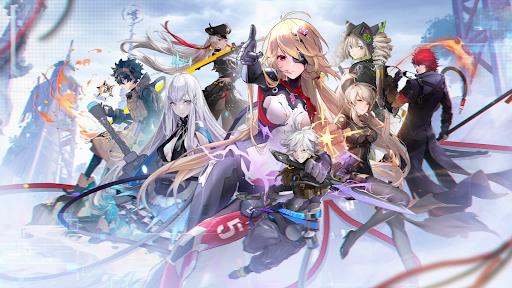 The number and scope of amazing RPGs that never reach Western shores are simply astounding. While those of us in the U.S. think that we make up a fairly decent RPG fandom, our numbers are dwarfed by our counterparts in Asia, where RPGs reign supreme as the top gaming genre. Folks in places like Japan, Korea, and China take their RPGs seriously, so game developers are continuously cranking out these enormous experiences to keep their audiences engaged. Only a small percentage of RPGs ever see the light of day in the U.S. and Europe - and if Tower of Fantasy is any indication, we are completely missing out.

Tower of Fantasy is in closed beta right now, while the developers prepare this Chinese hit for release in the U.S. and Europe. I've spent a fair amount of time exploring what the game has to offer, and what I've seen so far has been beyond impressive. I went into Tower of Fantasy thinking it was an MMORPG, but it isn't really - at least not at first. There are some social aspects to the game, like an MMO-style chat window in the UI, but publisher Level Infinite and developer Hotta Studio refer to Tower of Fantasy as a "shared open-world action RPG", which is really more appropriate. During my several hours with the game so far, I have yet to see another player. For a while I thought that I was just playing through a really long tutorial, but then it dawned on me that nope, for the first several hours at least, I'm all on my own here.

It's best to start Tower of Fantasy considering it in the same way we think of games like Genshin Impact - there are some of the standard free-to-play MMO mechanics involved, but for the longest time, this feels like a game that is intended to be played as a single player RPG. However, in a recent press release, I saw that players are eventually able to team up with friends in the "shared world", so I may have just not progressed far enough to experience the social aspect in what is clearly an enormous game.

Visually, Tower of Fantasy is one of the best looking games I've ever seen. Over the years, I've seen games attempt anime-style graphics and get closer and closer to creating a cinematic anime experience, but Tower of Fantasy is probably the best use of this graphical style that I've seen. I mean it; when you see Tower of Fantasy in action at a high resolution, it is absolutely jaw dropping. The game combines science fiction and fantasy imagery in a very appealing way, reminiscent of The Legend of Zelda: Breath of the Wild, but far prettier. From the grass waving in the wind to the sparkling particle effects that splash across the screen during combat, this game is a looker. Scrub through above video that I captured early on if you would like to see what I mean.

Of course, being in beta, the Western version of Tower of Fantasy is still under construction; there are still a lot of quirks and missing pieces. There are large chunks of recorded dialogue that have yet to be put into the game, leading to some funny conversations where one character speaks aloud while the other is only communicating in written text. There are also a few cut scenes that are still not translated, but I would expect all of that to be ironed out by the time the game releases in full.

What is clear is that the game will have a ton of systems to engage the player. Like many games of this type, coming to grips with everything at the beginning of the game can be something of a challenge. Tower of Fantasy goes with the firehose method of information delivery, meaning that it comes fast and in great volumes. Loot and collectables are simply everywhere, and its tough to tell what is useful and what is just...I don't know...rocks or something. There is a cooking minigame that allows players to create boosts, which I barely scraped the surface of. And the combat, while quick and accessible, is clearly much more involved and complex than what I was seeing at the beginning of the game. As the game progresses, more and more activities open up, from single player dungeons (known as "Ruins") to multiplayer instances. In fact, Tower of Fantasy does a great job of balancing single and multiplayer content, allowing for players to engage with the stuff they are into and ignore the stuff they are not. 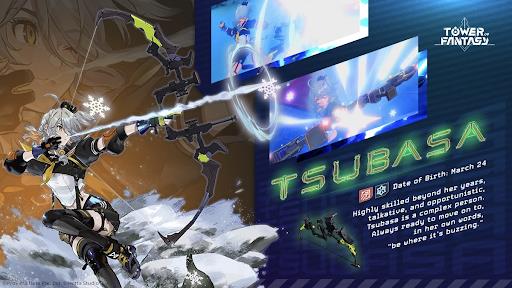 What I was really surprised by during my time with Tower of Fantasy was the narrative - which was shockingly deep and mature. Players start the game with the usual RPG amnesia, but it quickly becomes clear that some sort of catastrophe has taken place, and humanity is left struggling in the wake of some apocalyptic event. Though things on the surface seem calm and beautiful, it doesn't take much to send things spinning off the rails. In the above video, you can see part of the arc of Shirli - an early character whom I assumed was simply in place to show the player character the ropes. I was very surprised when Shirli came down with some sort of zombie-like blood infection, put her brother's gun to her head, and begged him to pull the trigger, while the previously friendly townspeople started gathering around menacingly, encouraging him to go through with it. This sequence was far darker and more intense than what I was expecting, revealing that the writing in this game wasn't just an afterthought.

There is a ton going on with Tower of Fantasy, and while I'm really enjoying myself with the game, I'm loathe to put in too many more hours, as I know from bitter experience that a server wipe will knock out all of my progress before the official 1.0 release. But I will definitely be keeping an eye out for the full release of this game, as it is clearly far deeper and more involve than my initial scrape of the surface could reveal.

There is no official release date for Tower of Fantasy, but the game is scheduled to arrive sometime in 2022.