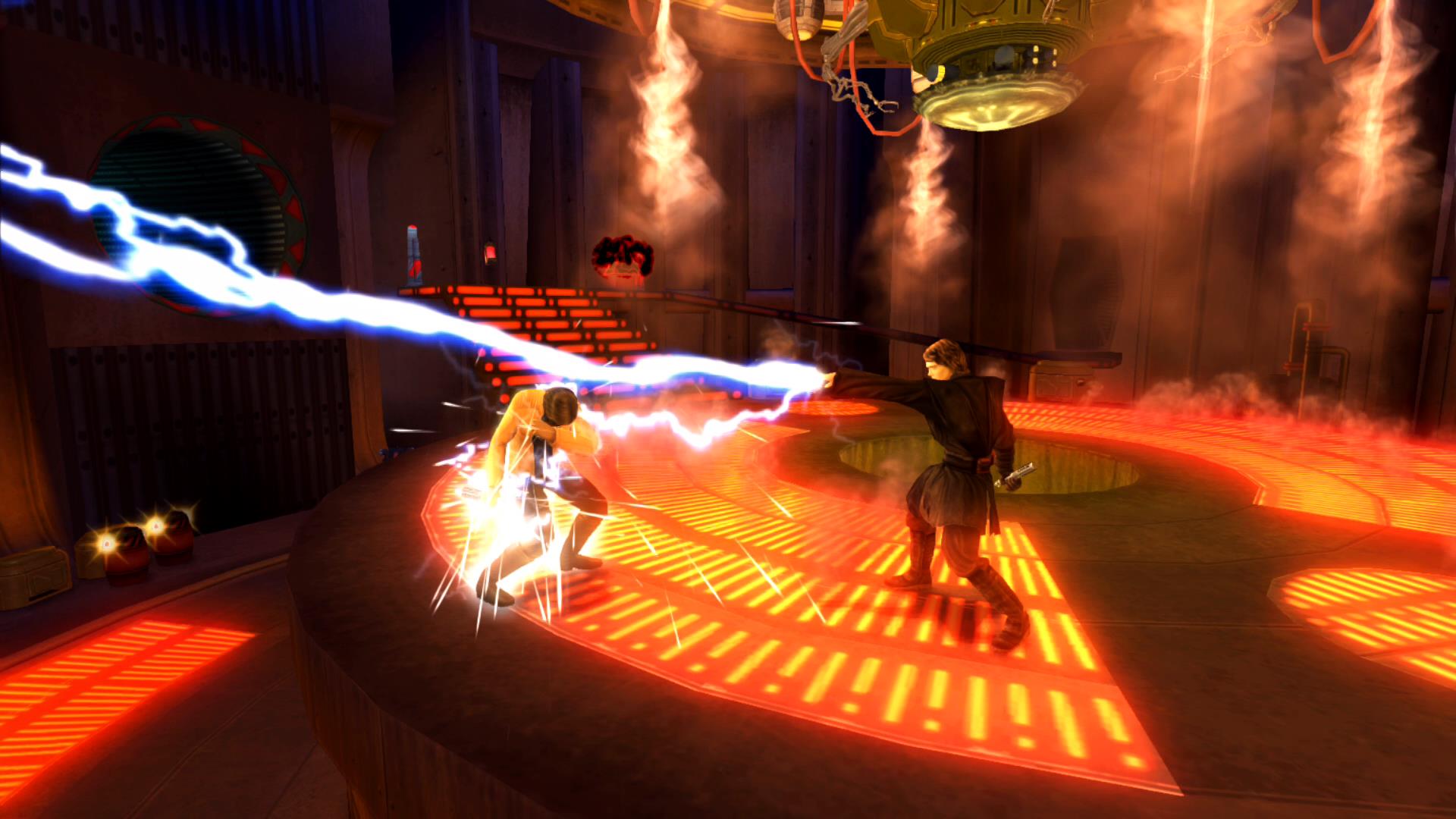 Written by Elliot Hilderbrand on 4/20/2022 for SWI
More On: Star Wars: The Force Unleashed

Back in the day Star Wars: The Force Unleashed was released at just the right time. It came a few years after the last prequel film, and it had been some time since a “big” Star Wars game came out. There was zero reason for me to have missed out on this one back in 2008, but I did. Luckily I didn’t miss out on its sequel Star Wars: The Force Unleashed II. While I enjoyed the sequel to this game, I remember it being very short, maybe a four- or five-hour game.

The Force Unleashed is one of the first attempts to bridge the gap between Revenge of the Sith and A New Hope. It does so by having you take control of Galen, who has been given the moniker Starkiller, Darth Vader’s secret apprentice. Vader has trained him in hopes of overthrowing the Emperor, and ruling with Starkiller by his side. Needless to say there are twists and turns, betrayals, double betrayals, and cameos galore. I don’t want to spoil any more of the story, but it is chock full of Star Wars goodness. That means it’s a bit cheesy, a tad over the top, and occasionally makes little sense. But it’s great. 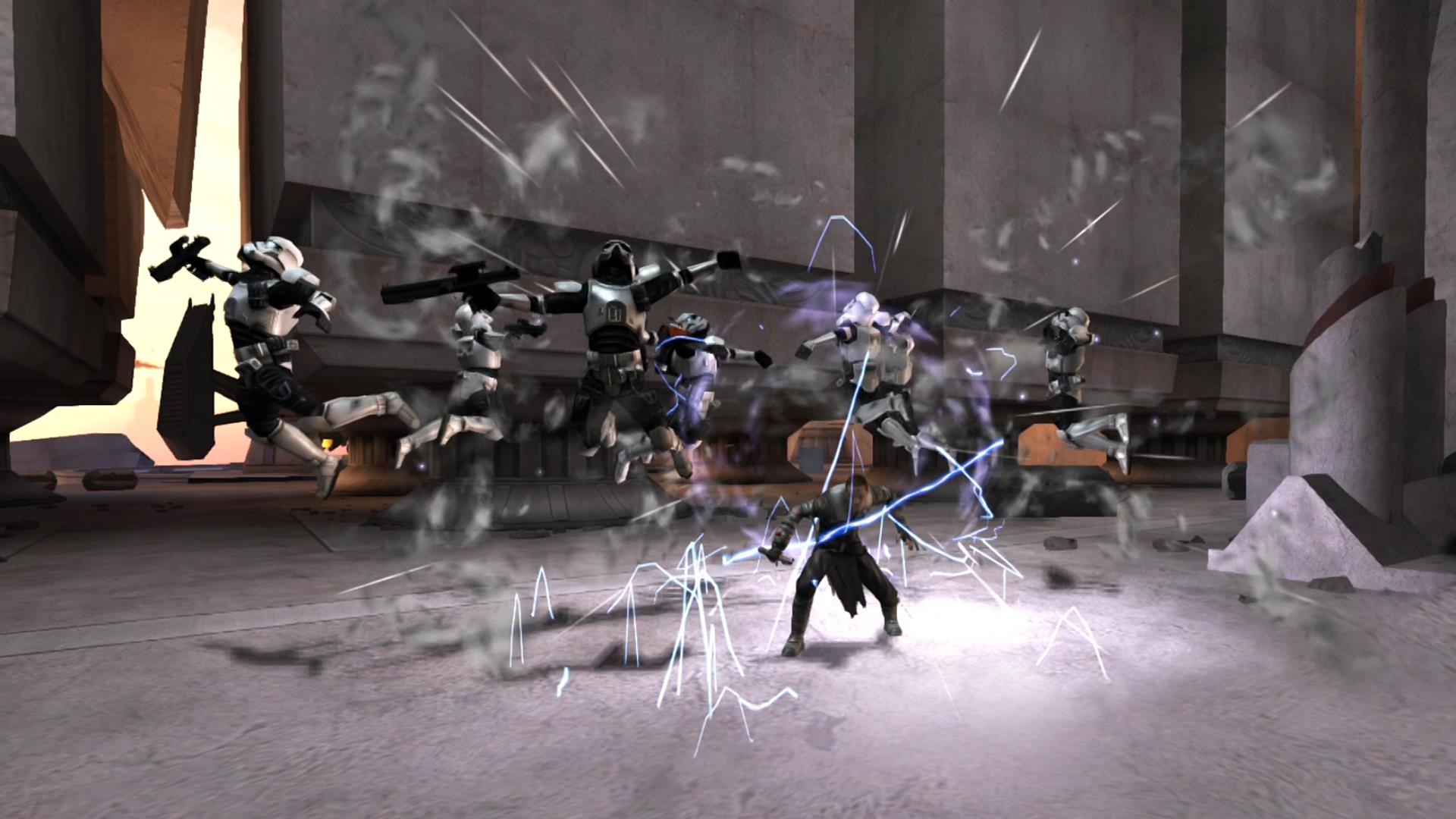 But at times the story does feel a bit linear. Actually the whole game feels that way. It’s a pretty straightforward affair. Go to this planet, hunt the jedi here, kill him, bring back his lightsaber, repeat. The story does go places I didn’t expect, making it a bit unpredictable, but gameplay-wise it doesn’t really change. Attack a series of Wookies, or Clone troops - you’re not on anyone’s side, really. It’s also a bit easy to tear through these NPCs, after all, they're just clones. While the game feels straightforward I did struggle on where to go at times. The game’s mini-map would be helpful about what direction to head, but at times it did not make much sense. One example was when I was in a room and needed to head up. I would get on the elevator, but the next room was a dead end. Turns out I needed to head in the opposite direction from where the game was telling me to and go up a flight there. Annoying more than anything. 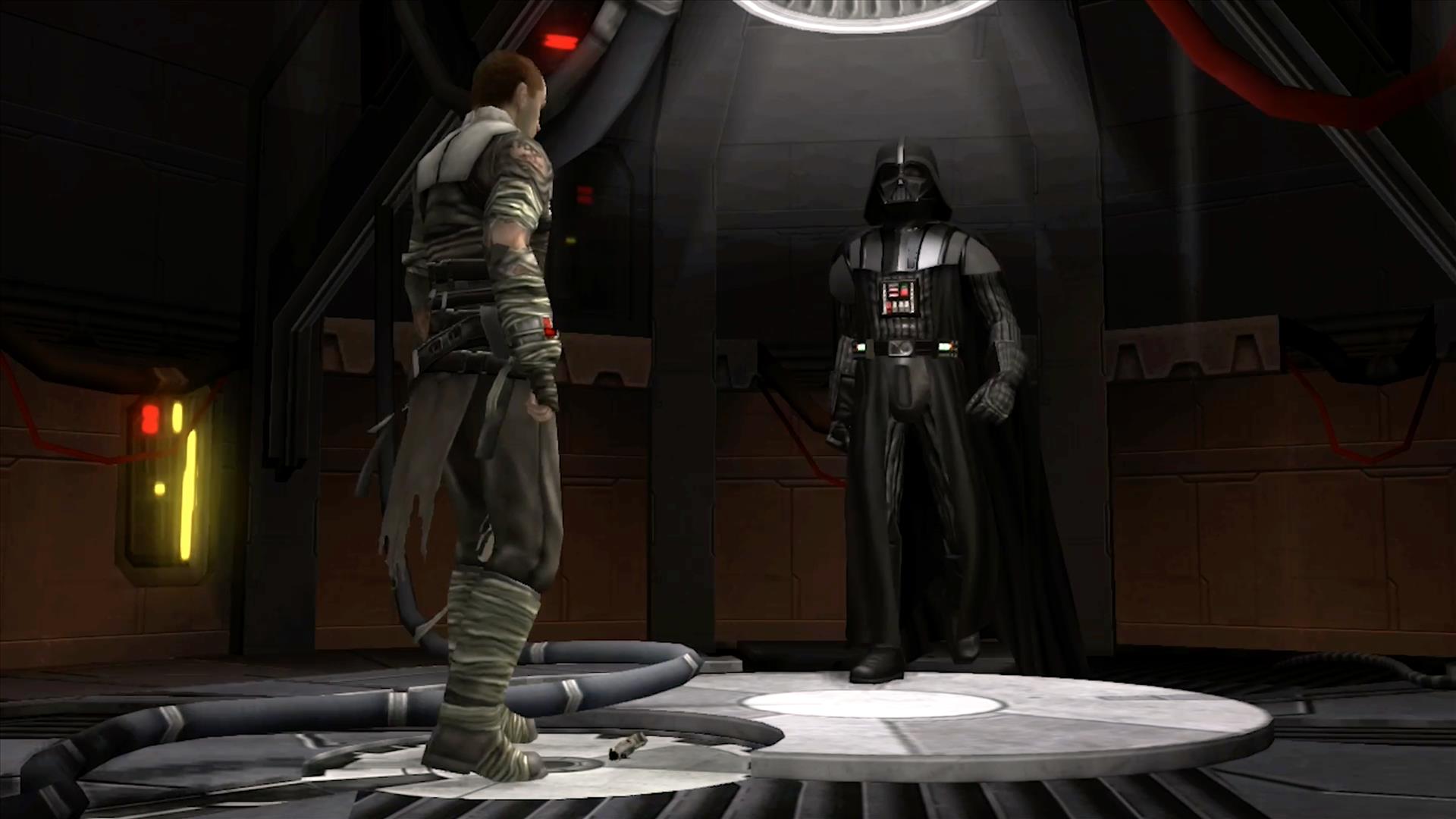 While I never felt much of a challenge with the normal gameplay, I did find myself struggling with boss fights. These play out a little differently. You take the boss’ health down, and when they’re almost dead you enter into a button mashing and matching minigame. I had no problem smashing buttons, but I had a huge struggle with hitting my timing of the finishing moves. I chalk this up to playing games on the Switch, Xbox, and PS5. Every controller has an X button, just not in the same place. I struggled to match the correct one time and time again, resulting in boss fights that took longer than they should have. I realize this could be mostly my fault, but it did feel like a bit of luck was needed on every fight just to get through it.

The leveling system used in Star Wars: The Force Unleashed works well. If you go into with the mindset that you are learning and developing your skills with the force as you play - I found it made since to level up moves like force lightning - you are getting stronger in the force as you progress. There is a power creep about three or four hours in, where I felt next to invincible after a certain point.

I found the controls felt just fine. Nothing crazy, or unresponsive. The Force Unleashed played just as easily in handheld mode as it did docked. Basic controls were easy to learn and understand. I felt that big combos were a little of a stretch. The game shows you how to complete them, and they look cool. But combos ultimately feel unnecessary, like there’s not much of a need for them when you can just throw your lightsaber at the bad guys and be done with it. The Force Unleashed allows you to detect your joy-cons and use them with your force powers. It works, not well, a bit of a gimmick. I tried it, and would pass on using them unless you want to show off to your wife that you can grab someone and then throw them with a joy-con (even then I did not get the recognition I should have for doing so). 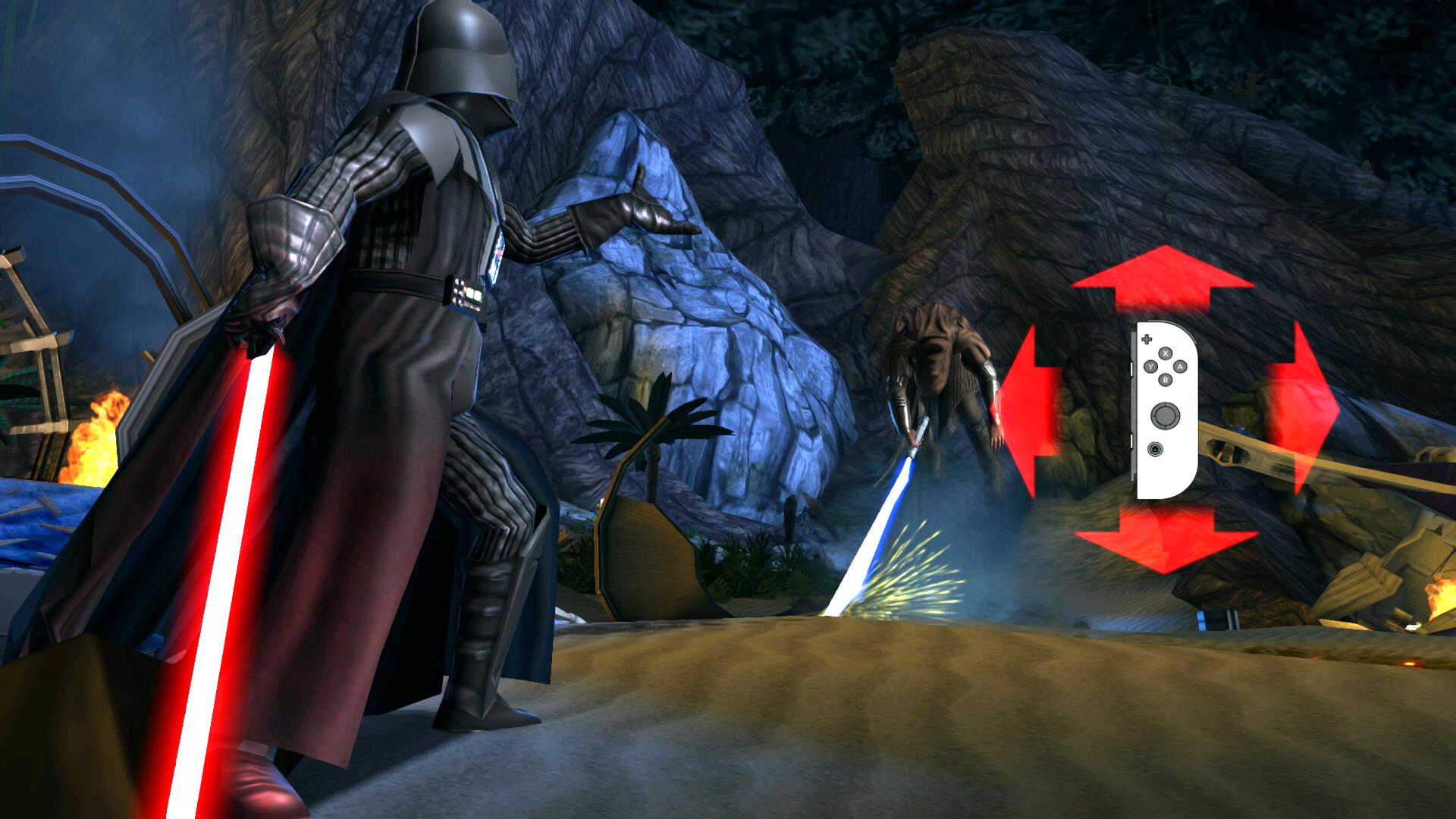 The Force Unleashed also had some glitchy moments. I walked through a few walls, or elevators acted a bit funky when I would step on them. The camera angles also felt stiff when you would try and target someone. Targeting in general was annoying as well. I found myself not using the function, just looking around without the aid of it was more useful.

Perhaps my favorite parts of Star Wars: The Force Unleashed were the cheat codes. There’s a dedicated section where you can enter codes to unlock a handful of goodies. You can choose to give yourself all the upgrades, or make your lightsaber ultra powerful. Those are well and good, but mostly unnecessary. The fun part was unlocking different skins to play as. Is there anything better than playing as Admiral Ackbar, wielding a lightsaber? No there isn’t. There are a handful of other characters you can play as. You can easily still find codes just by searching for them, like I did, and I found most of them worked on this version of the game. 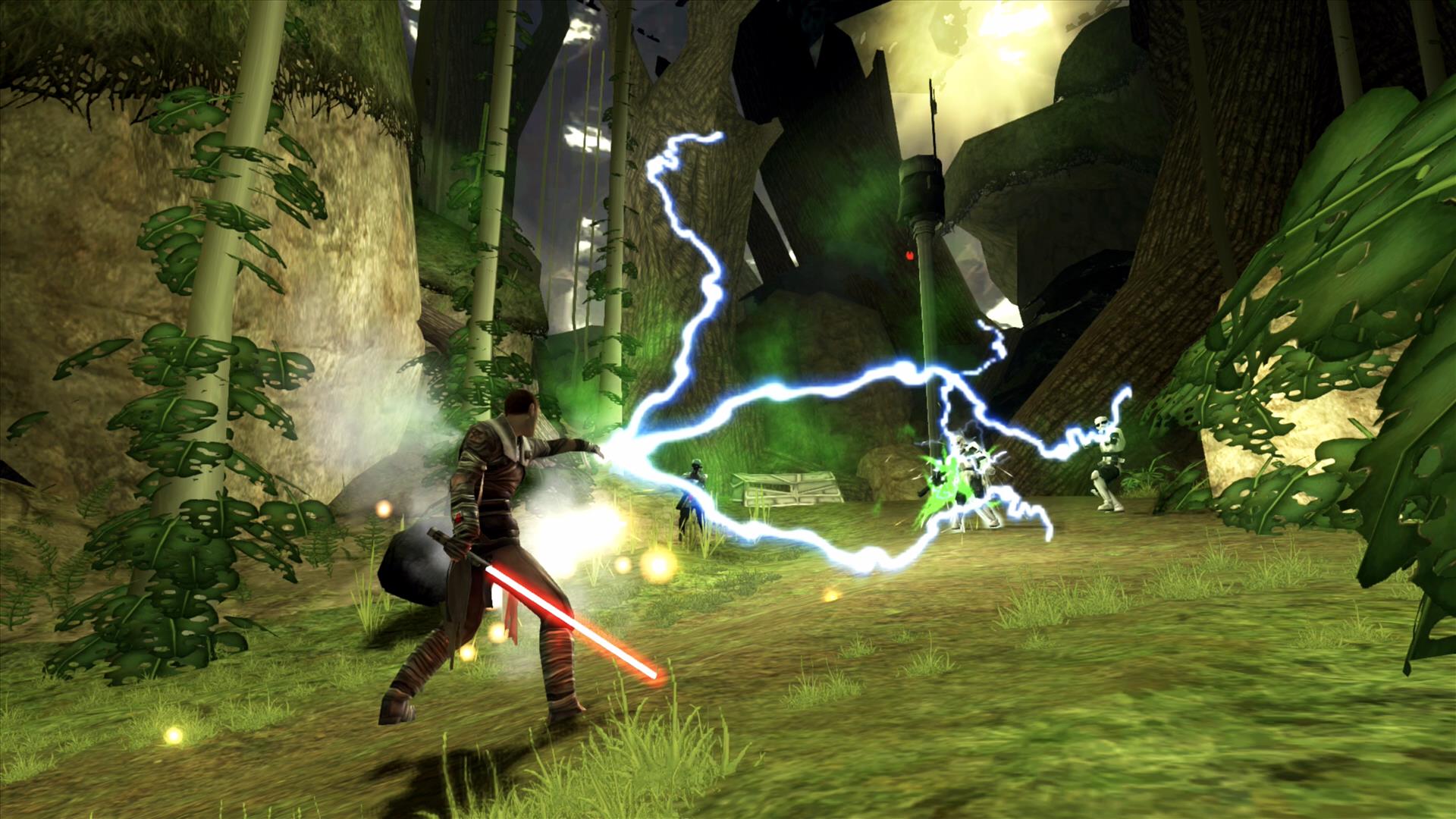 Star Wars: The Force Unleashed on the Switch hits all the right spots for fans of Star Wars. A game which was a classic back in 2008 plays well on the Switch. If you missed out on this back in 2008 it is well worth your time to pick it up, if only to add it to your Star Wars Legends knowledge. The only truly unsatisfying part is not including the short sequel in this Switch release.

Star Wars: The Force Unleashed can take you back to 2008, with all the good and mediocrity that comes with it. Do you need to play this if you like Star Wars? I think so. It’s a story that feels right at home with the original trilogy, some plot is good, some goofy, it’s certainly Star Wars. Some shortcomings like basic level design, targeting, and boss mini games. But using your force lightning to attack clone troops is satisfying. Not a perfect game, but darn near close to a perfect Star Wars game.