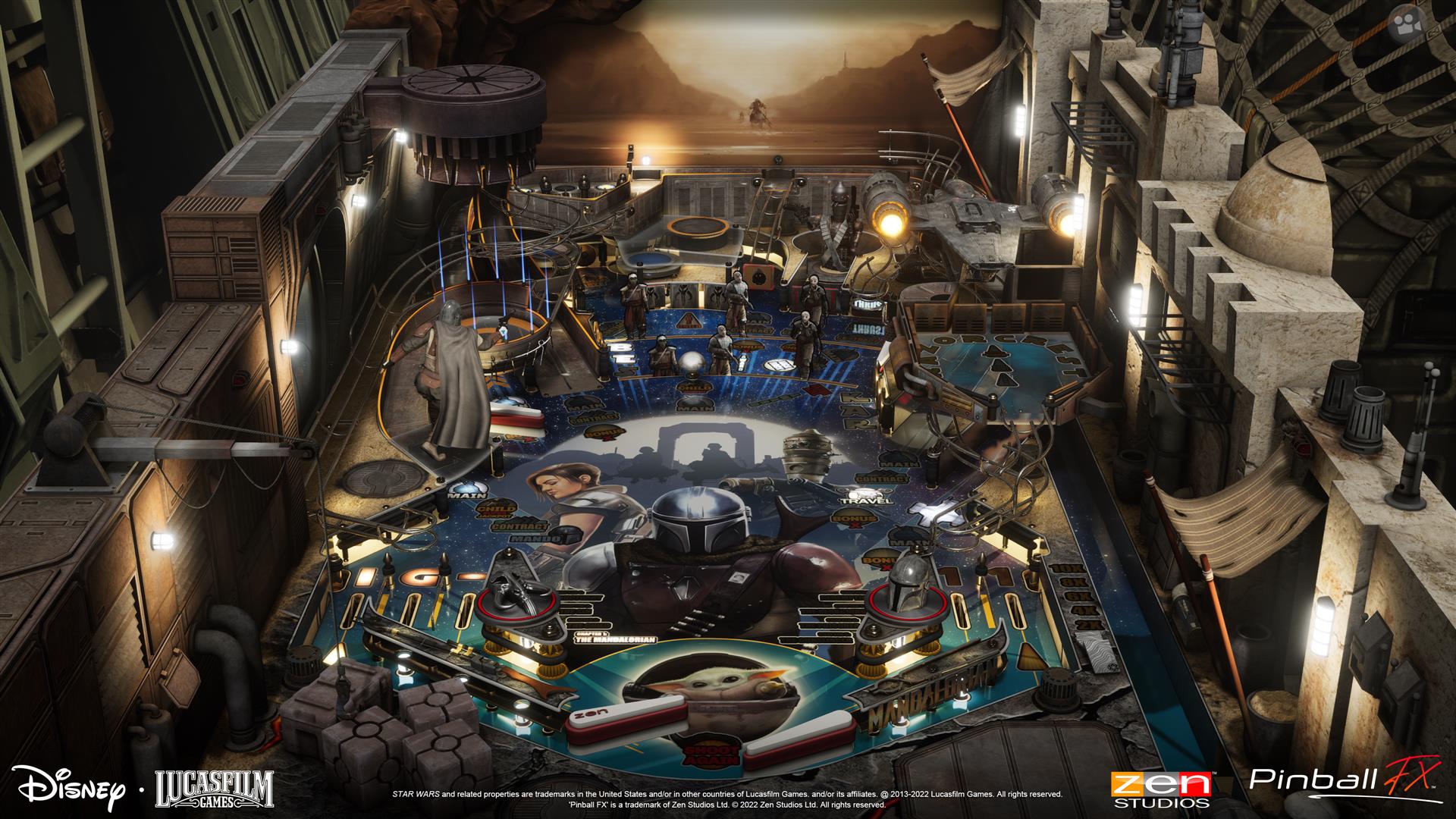 My infatuation with Zen Studios' pinball games has been long, deep, and well documented. The value provided by Pinball FX's various past incarnations is inestimable. I would compare these games to hard drugs, but pinball is better than chemical addiction; the high doesn't diminish over time. I can get into a "one more time" grove with a Zen table that lasts for hours, and I would be lying if I said that I hadn't made myself late for work more than once because I refused to stop during a good run (and I don't care what anyone says - pressing the pause button in the middle of a good game of pinball is the kiss of death.)

Every table that Zen releases feels like a full new video game to me, full of mystery and Souls-level challenge. I have to work hard to gain proficiency at every table I engage with; my skills don't translate from one table to another. I'm not a pinball player in real life; most of my experience comes from whatever random table I happen across in a pizza joint, so I've never had the opportunity to improve my skills in the meat world. But there have been Zen tables that I've come close to mastering. I was great at the Spider-Man table back in the day, and I could keep a run on the X-Men table going for what seemed like hours on the Xbox 360. But at the same time, the old Iron Man table left me utterly, bitterly defeated; I could never get the rhythm down, and it seemed like my ball would just bounce around on the bottom half of the table for a minute or two before sputtering down the drain. 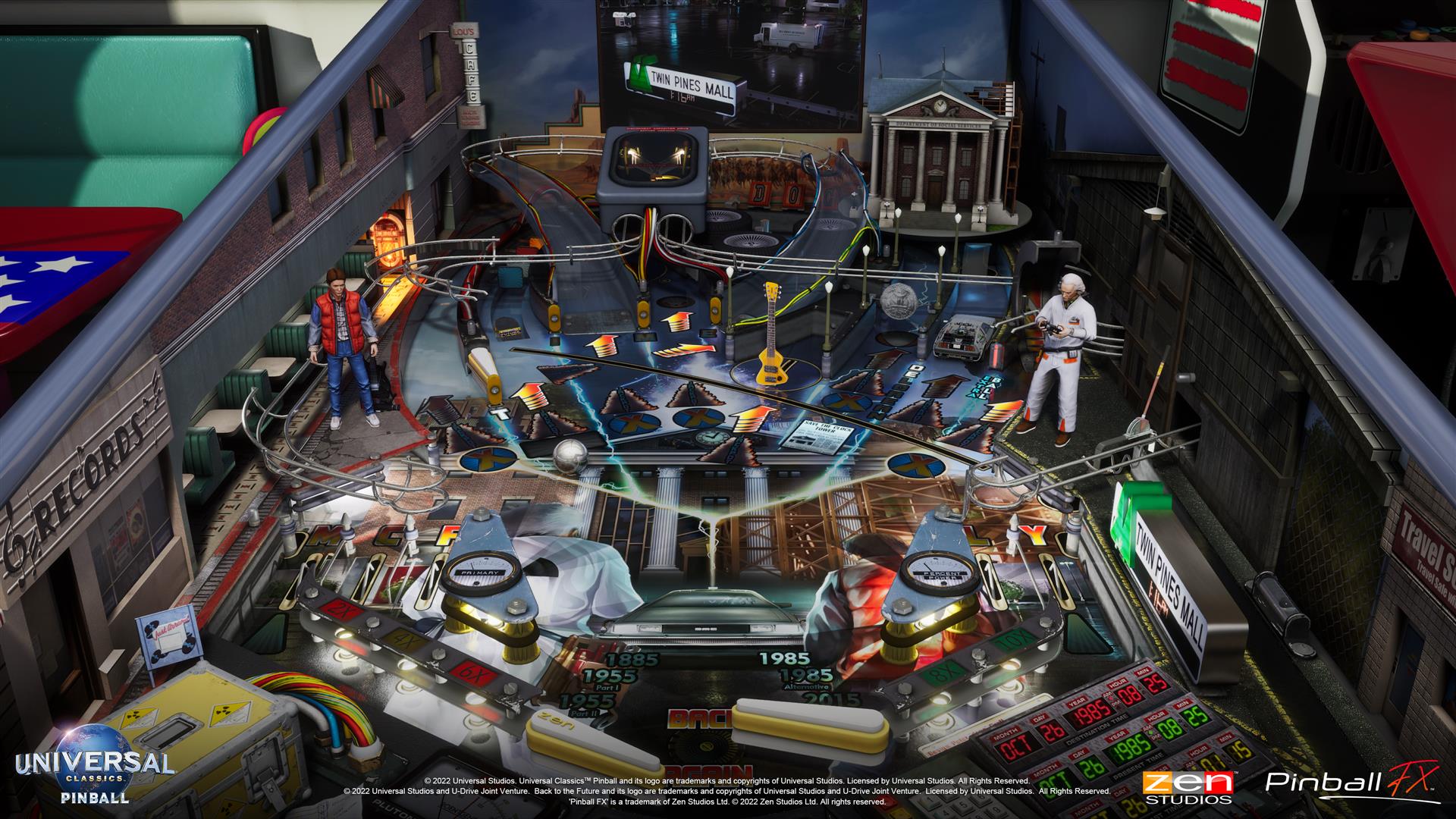 I'm not sure why I lock in on some tables and reject others, but when they get me, they get me. I loved the Fallout and Elder Scrolls tables from the Bethesda collection, but barely gave Doom the time of day. In the Universal Pictures collection, I've been having a great time with Jurassic Park Mayhem, but have hardly touched Jaws - which is a table based on my favorite film of all time. There is little rhyme or reason to my obsessions. I enjoyed Plants Vs. Zombies, but had a hard time getting any momentum on the South Park tables. Maybe I just lock in on "easy" tables - I don't have enough expertise to tell the difference.

And yes, many of these previously released Zen Pinball masterpieces have been lost to the sands of time as Zen's licensing agreements expired. This means that some of these tables still exist on my old, tattered Xbox 360, but I can't get them anywhere else. And some are on my PlayStation 3. And my barely-functional iPad. And my PS4. And now my PS5. I have Star Wars Pinball on Switch. And Star Wars Pinball VR on PSVR and Meta Quest 2. My point? My Zen Pinball collection is all over the place, on a ton of different systems, with no way to consolidate my treasures onto one definitive platform.

This brings us to Pinball FX - Zen Studios' attempt to create one definitive platform for its games that will carry across all current platforms. The biggest move that has been made in Pinball FX - which will have the largest impact on fans - was to move game purchases out of consoles' various stores and into the Pinball FX ecosystem. This means that instead of buying a table from, say, the PlayStation Store, you buy "tickets" - Zen's internal currency - from the PlayStation Store and then use those tickets inside the Pinball FX application to purchase new tables. This means that when you move between consoles and platforms, your purchased tables will go along with you. Thank God, because I just don't have the stomach to pay for that Empire Strikes Back table again after having purchased at least eight copies of it over the years. 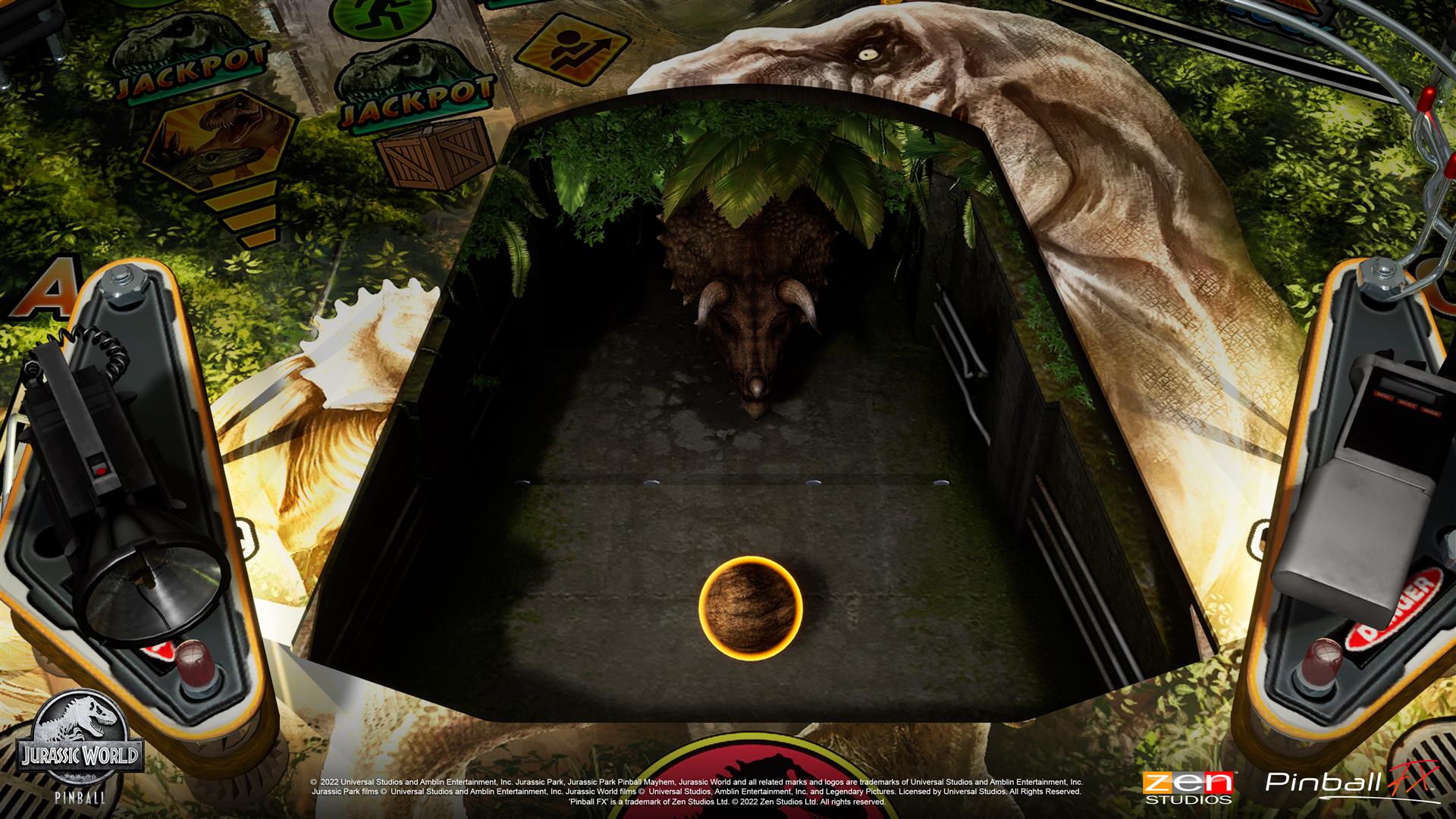 Of course, some players don't seem to really understand the benefits of this system quite yet, as Pinball FX is still in early access on only one platform - the Epic Games Store. Watching the viewer chat (which always slightly damages my soul) during a recent episode of Zen's slickly produced The Pinball Show, it was clear that some players feel like they are getting "screwed" by the Ticket system because after purchasing the tables they want, they have a few random tickets left in their accounts - not enough to make any purchases. Zen Studios promises to take a look at the system to make it more user-friendly, but these malcontent chat-folk are missing the point. Once Pinball FX goes live in a few months across platforms and players can access their tables on the platform of their choosing, the intent of the Ticket system will snap into focus for them and - while I wouldn't expect apologies from faceless internet critics - I would expect some of the howling complaints to die down a bit.

Pinball FX has a solid framework in place, which allows players to purchase and play a decent selection from Zen's sprawling library of games. The tables look fantastic on PC, with upgraded visuals that have come a long, long way from what I thought was awesome back in the 360 days. Many of the modes that players enjoyed in Pinball FX 3 (while creating the "definitive" experience, Zen decided to drop the number system) have been recreated here, though in slightly altered ways. Arcade mode is back, for example, but instead of slowly earning increasing rewards, the player has the option to choose three "powers" going into the game. The UI has been refined, with a slick, modern interface replacing the sci-fi-lady who chattered at players in the menus of Pinball FX 3. 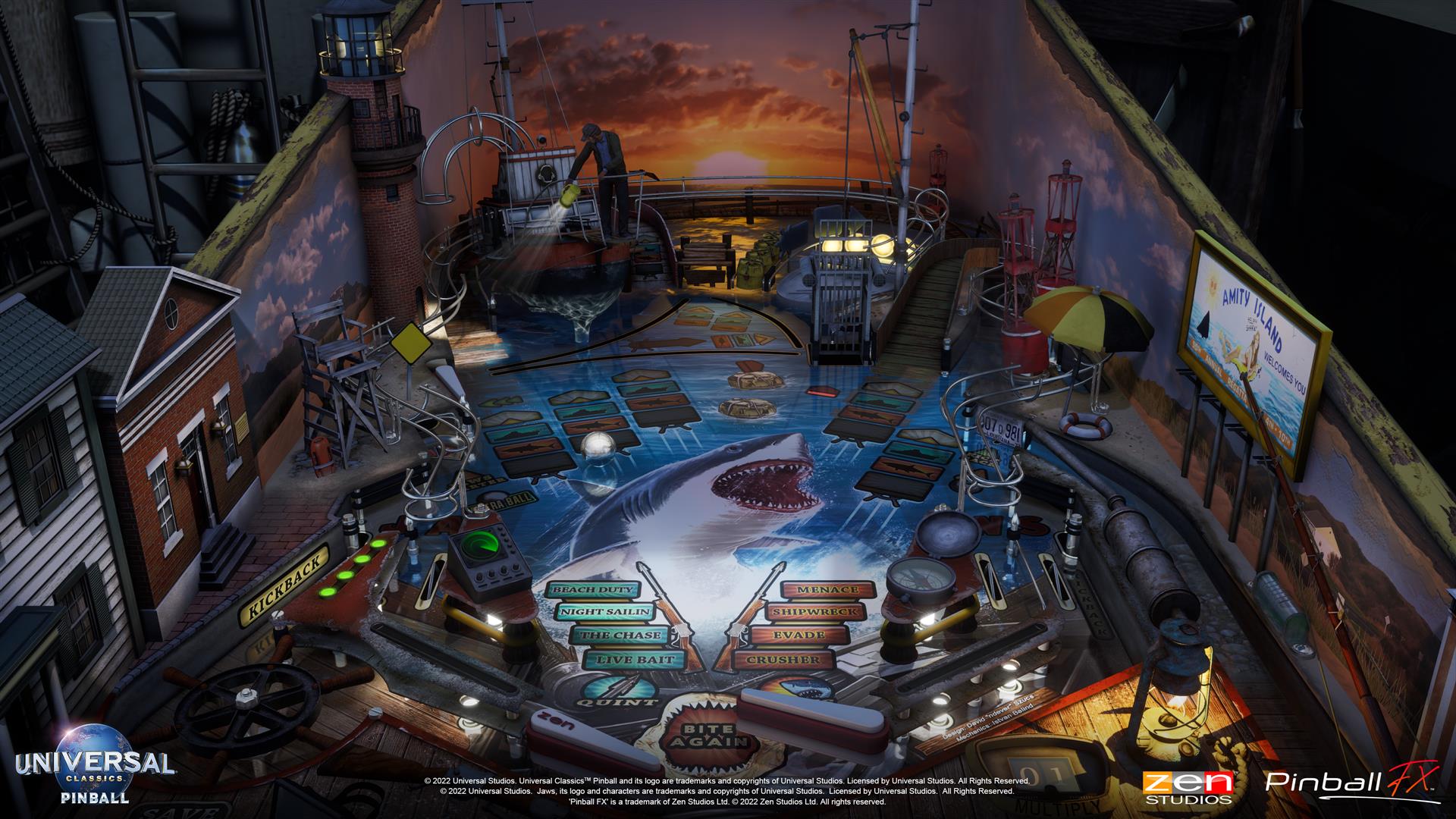 In a nice touch for players that want to experience what Pinball FX has to offer without investing any money, the game cycles through two "free" tables every day, which allows players to play as much as they want in Classic Mode on various tables for that one day. To be honest, this is a great way to try out new tables to see if they "click" with you - and a great way for Zen to hook new players, as the addictive nature of the game will have plenty of folks plunking down a little cash to keep going on tables that catch their fancy. And for those committed fans that know that they just want everything, a "Pinball Pass" subscription is available which will unlock the whole enchilada.

Of course, being in Early Access, Pinball FX is not a complete product. The much-ballyhooed Pinball Royale feature has yet to be implemented (which is fine with me, as it will surely be the source of much cursing and intense introspection when it arrives). Other systems like clans, tournaments, and advanced challenge modes have not arrived yet, but are expected in the coming months. There are a few features from Pinball FX 3 that are not included that I would like to see as well - I miss the notifications that told players when they were getting close to daily or weekly high scores, or the high scores of their friends. It's a little thing, but I always enjoyed the extra tension when I would see that pop up. 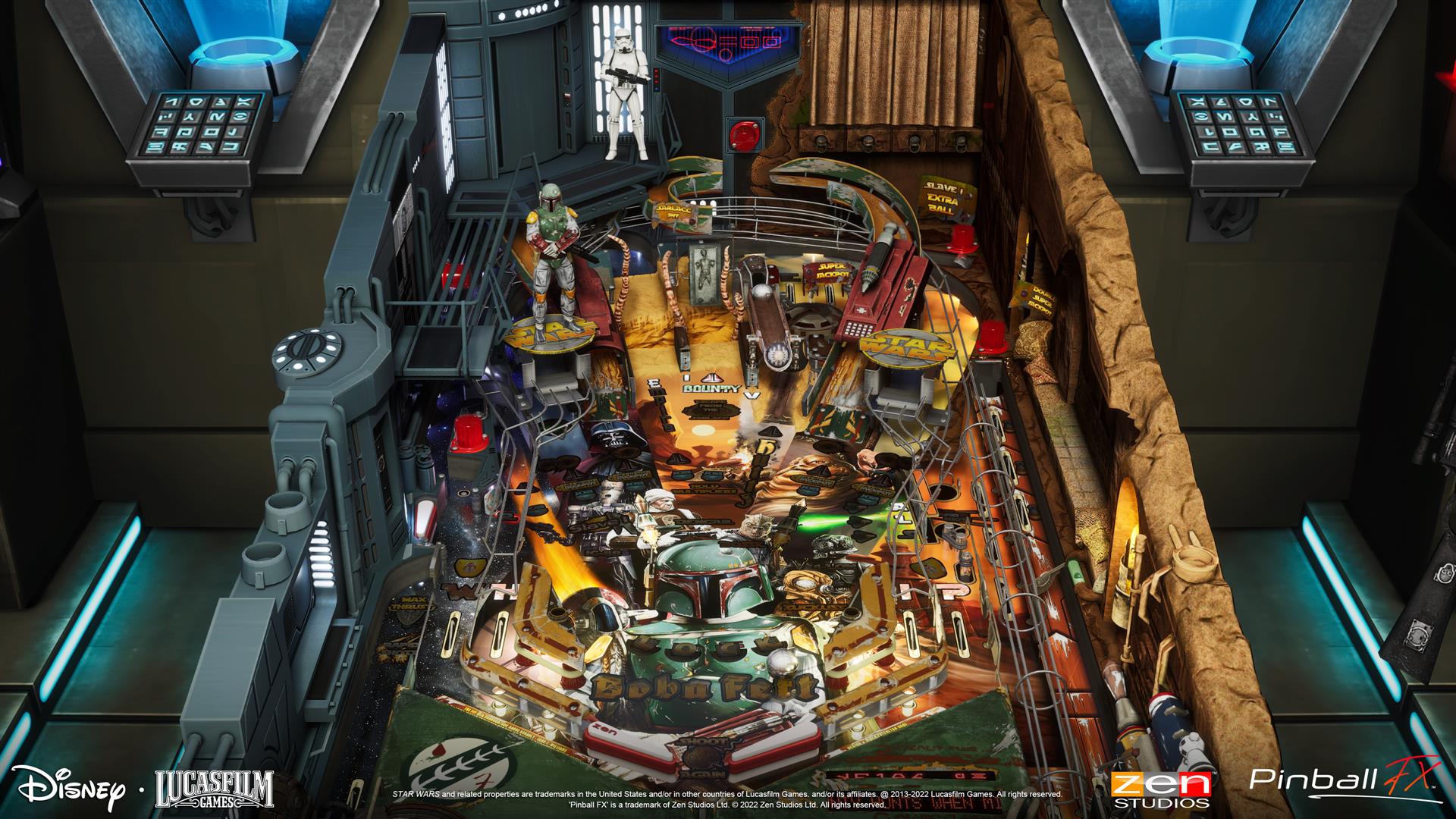 It will be interesting to see how things play out as Pinball FX moves into general release. There are still a lot of questions about how all of the pieces of the puzzle will fit together. For example, I have some tables that I purchased on PlayStation that I have not purchased in the Epic Games Store version of Pinball FX. When I fire up Pinball FX for the first time on my PlayStation, will I be able to import the tables from Epic as well as my PlayStation tables? And if that is the case, could I repeat that process on every platform and pull my Xbox tables into the mix as well? Or am I shooting for the moon here? I suppose I would be satisfied if I had to repurchase any tables I wanted so long as A) it was the last time I would have to repurchase them ever, and B) I had the assurance that none of them would ever disappear due to licensing issues. Sidenote: I sure wouldn't mind seeing some of Zen's Apple Arcade Zen Pinball Party tables making the cut here as well.

Important video note: the capture software I was using was being belligerent, and captured the gameplay at a much lower framerate than I had hoped. The game runs much more smoothly than what you see here.

While these questions remain, what is clear is that Zen Studios is steadily working on new tables for the platform. The newest tables - Zen's originals like the Pinball Noir table, along with the new Williams Pinball offering Indiana Jones: The Pinball Adventure - are available now,. And with the last Pinball Show, Zen announced World War Z Pinball, dropping the table within days of the announcement (I became immediately obsessed with WWZ Pinball, which I absolutely suck at). This table is under a new category - "Paramount Pinball" - which says to me that we can expect some new tables to be coming from the Paramount Pictures umbrella.

It is clear that Zen Studios is still working out some of the kinks in both implementation and functionality with Pinball FX, but that is what Early Access is all about. It will be interesting to see which of Zen's legacy tables make the cut for this new platform and which will be retired (there are at least ten Star Wars tables that haven't shown up yet - though the new, previously-only-VR Mandalorian and Star Wars Collectables tables are included). Whatever direction Pinball FX goes, I'll be right there along with it. I strongly believe that Zen Studios' pinball tables are among the best value for your entertainment dollar, and the company has more than earned my loyalty with its years of reliably releasing quality products. I have no doubt that, upon final release, Pinball FX will be the definitive pinball platform that Zen has been aiming for all these years, and the company will be able to settle down and crank out even more it its amazing tables.