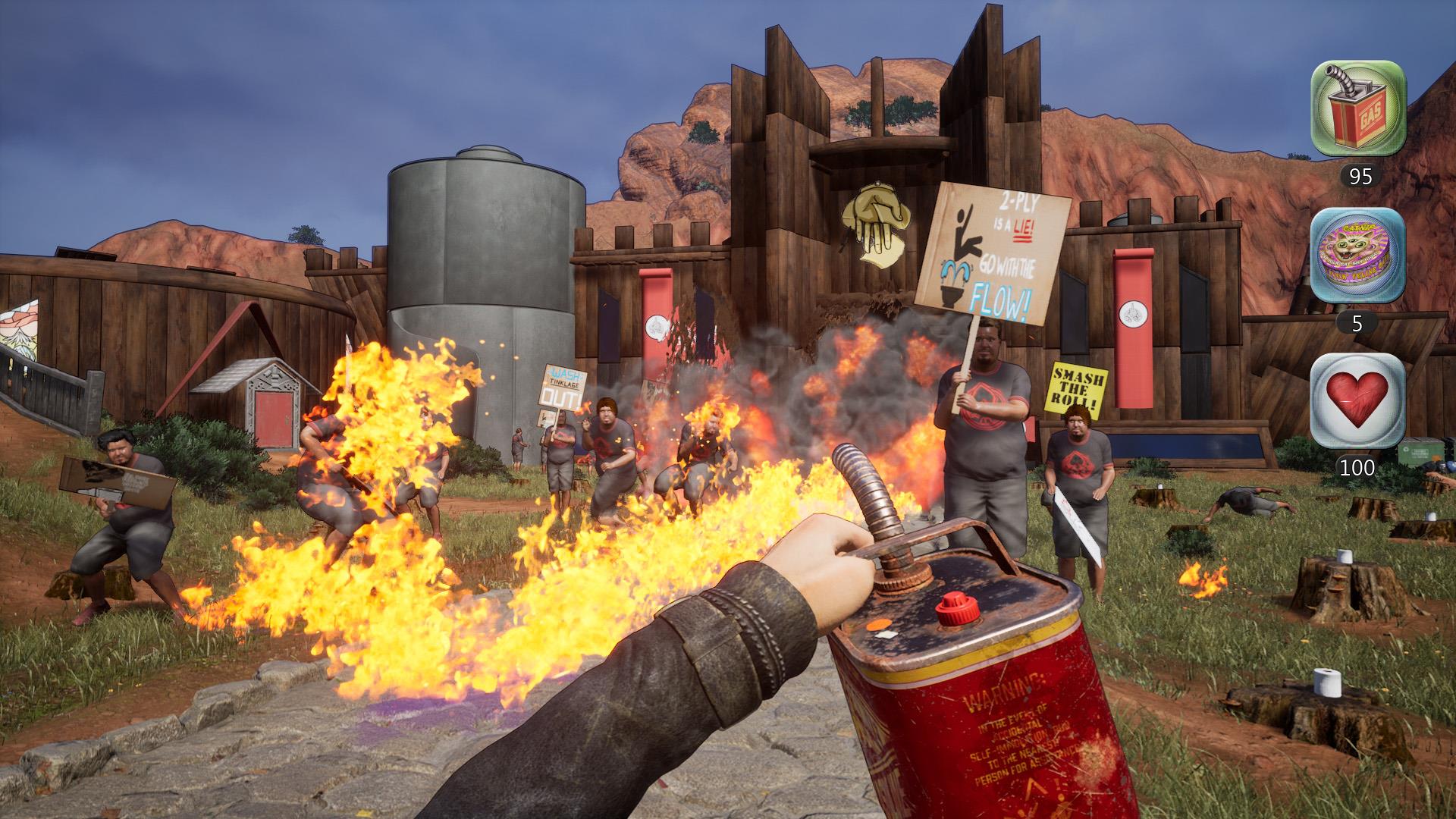 Why do I dislike Postal 4: No Regerts as much as I do?

Maybe the world is getting to me. Maybe I read the daily news too frequently, and I’ve been inundated by the fact that most humans on the planet seem to live their lives teetering on the edge of battle mode while we all hurl towards our collective doom. Maybe my psyche is just bruised and battered by the constant flow of violence and despair flowing in from every direction, granting me the very real belief that humanity is not long for this world. Maybe I am filled to the brim with nihilism and cynicism, and there’s not even a tiny iota of space left inside me for more.

Maybe those are the reasons I reject Postal 4: No Regerts as harshly as I do. Or maybe I just enjoy good video games, and I require any sort of interesting or meaningful interaction to keep me engaged with a game.

Yeah, it’s actually more the video game thing. Not a moment of nihilism or cynicism in Postal 4 actually lands in any sort of realistic way, rendering all of that nonsense in the above paragraph complete moot. No hand-wringing is needed for this game, which is maybe it's biggest fault. 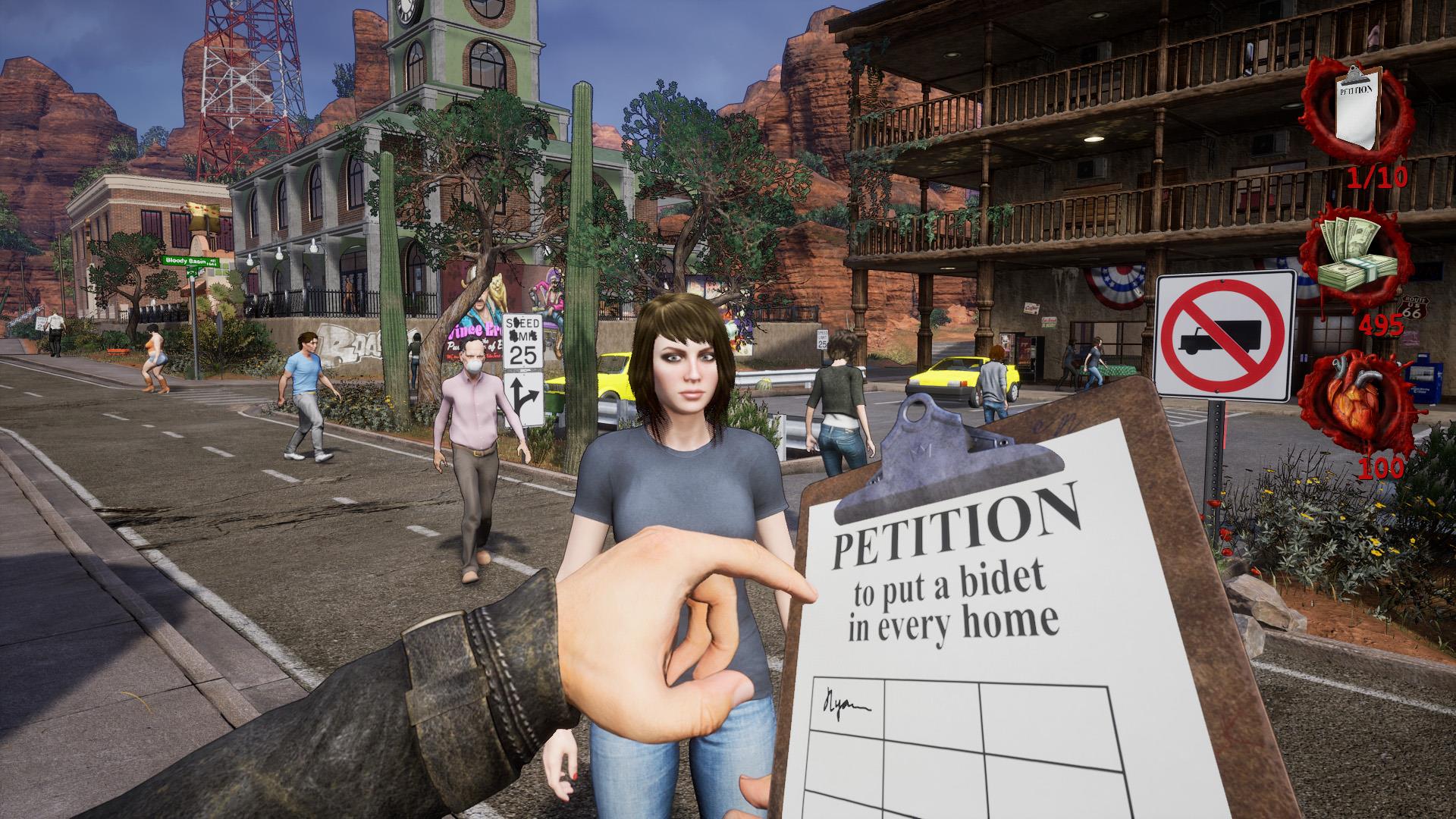 There are many, many problems with Postal 4, but to me, the primary problem is that it is simply unfunny. It’s not that I’m offended by the subject matter, because I am usually the first to jump into the fray to defend comedy’s right to broach any topic under the sun. I’m certainly not bothered by the various bodily fluids being splattered across the game every five seconds, nor am I opposed to gratuitous violence. My issues, in fact, stem from that the game seems to have a simple, fundamental misunderstanding of what humor is.

Take the act of killing a domesticated animal. In real life, a horrific act of violence, sometimes used as an example of early serial killer behavior. Dark, dark stuff. But can the killing of a pet be funny? Of course, it can. Anything can be funny, no matter how dark, with the right inflection, tone, and timing.

Humor is born from pain, and so the most heinous of acts can be turned sideways and examined, mined for the unexpected burst of laughter. To some extent, the shock, discomfort, and empathy that strike in moments of violence are the same reasons that people laugh when someone falls down. As dark as it is, I could envision a mission to kill a beloved pet being funny in some other, smarter games. There would need to be some sort of twist, an unexpected insight or reaction, or even a burst of extreme gore. Something. Anything beyond simply mechanically murdering a robotic representation of a pet. 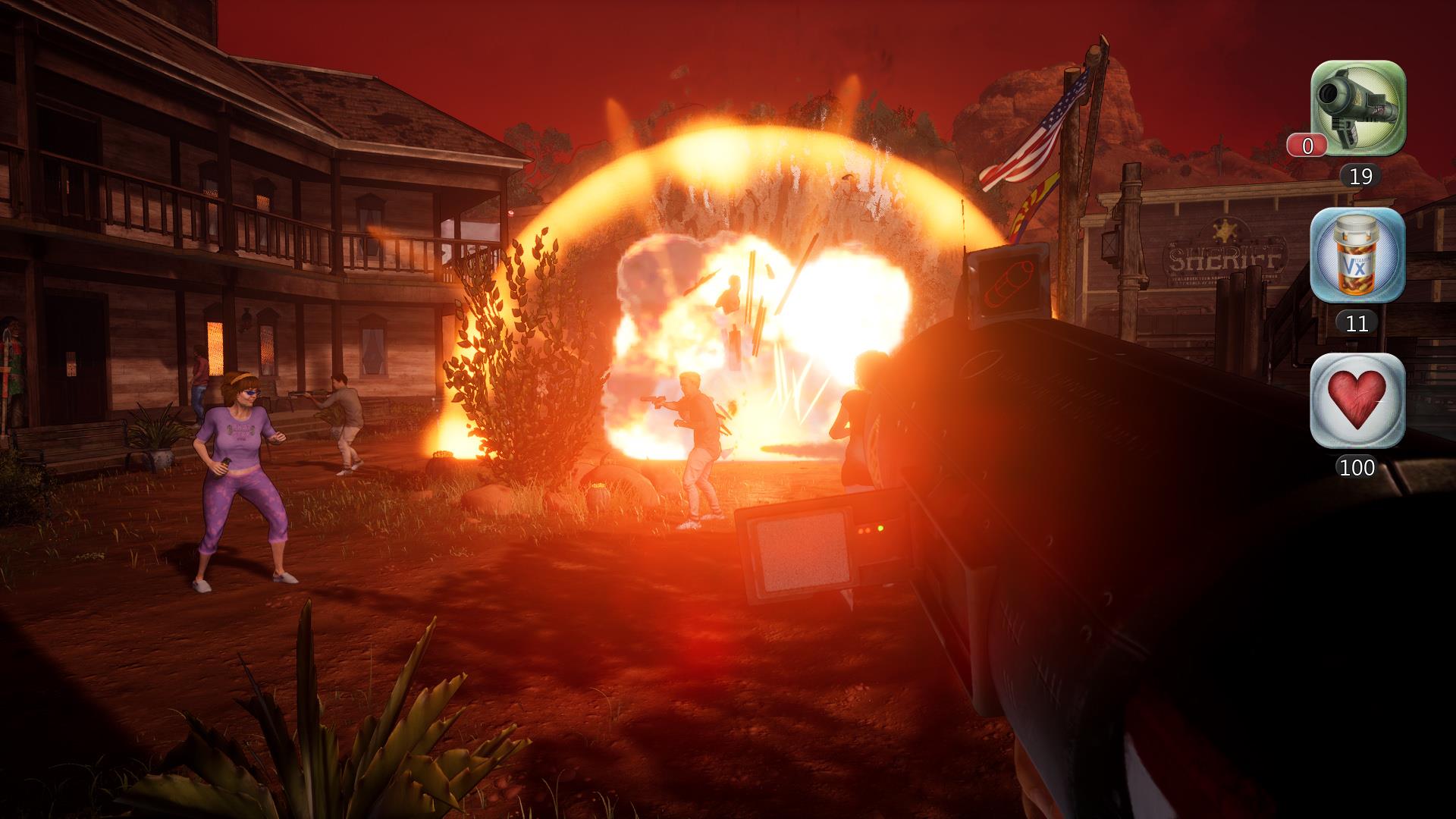 In Postal 4, there is a mission that “challenges” players to murder three cats and three dogs and bring them back to a van to be eaten by an unseen “animal control” agent. There is nothing humorous about this scenario. It is starkly unfunny. The player wanders around the immediate neighborhood, waiting for poorly animated animals to spawn. When they appear, the animals just stand dumbly in place, waiting for the player to clobber them over the head. Then you take the animals to the van and feed them in with the push of a button. Complete this task, and you win the challenge. There is no reward for doing so, other than advancing the game. It is a quiet, soulless activity. You aren’t really “doing” anything.

You can see this “mission” in the below video, starting at about the 9:30 mark. I recorded a half hour of gameplay from Postal 4 to illustrate just how bad it is, until I got bored and just kinda stopped. Following the cat/dog murder, I tried to amuse myself by taking a bunch of animal corpses to a nearby convenience store. I heaped the dead animals on the counter, and the guy behind the counter began vomiting on the pile of bodies. To add to the fun, I urinated on them. And a small piece of my humanity died. Even the twelve-year-old that lives inside me was not amused.

I’m not saying that bodily functions are not funny, but it is the context that makes them funny. Think of films like Monty Python’s The Meaning of Life, or Stand By Me, two of the most notorious vomit scenes of all time. It’s not the vomit that is funny – it’s the how and the why of the vomit that is funny. The actual act of vomiting is the release of the building tension that is established in those scenes. That’s the context that Postal 4 misses so completely, across almost every “joke” in the game. There is nothing interesting about a digital character spewing digital vomit.

Most of the game’s missions are similar in nature to the pet-murder quest. Postal 4 sets up a situation with a bit of decent dialogue, and then sets the player free to meander around a lifeless environment, clunking away at whatever their objective is until the mission just kinda ends. Some of these quests involve combat – and the less said about that, the better. 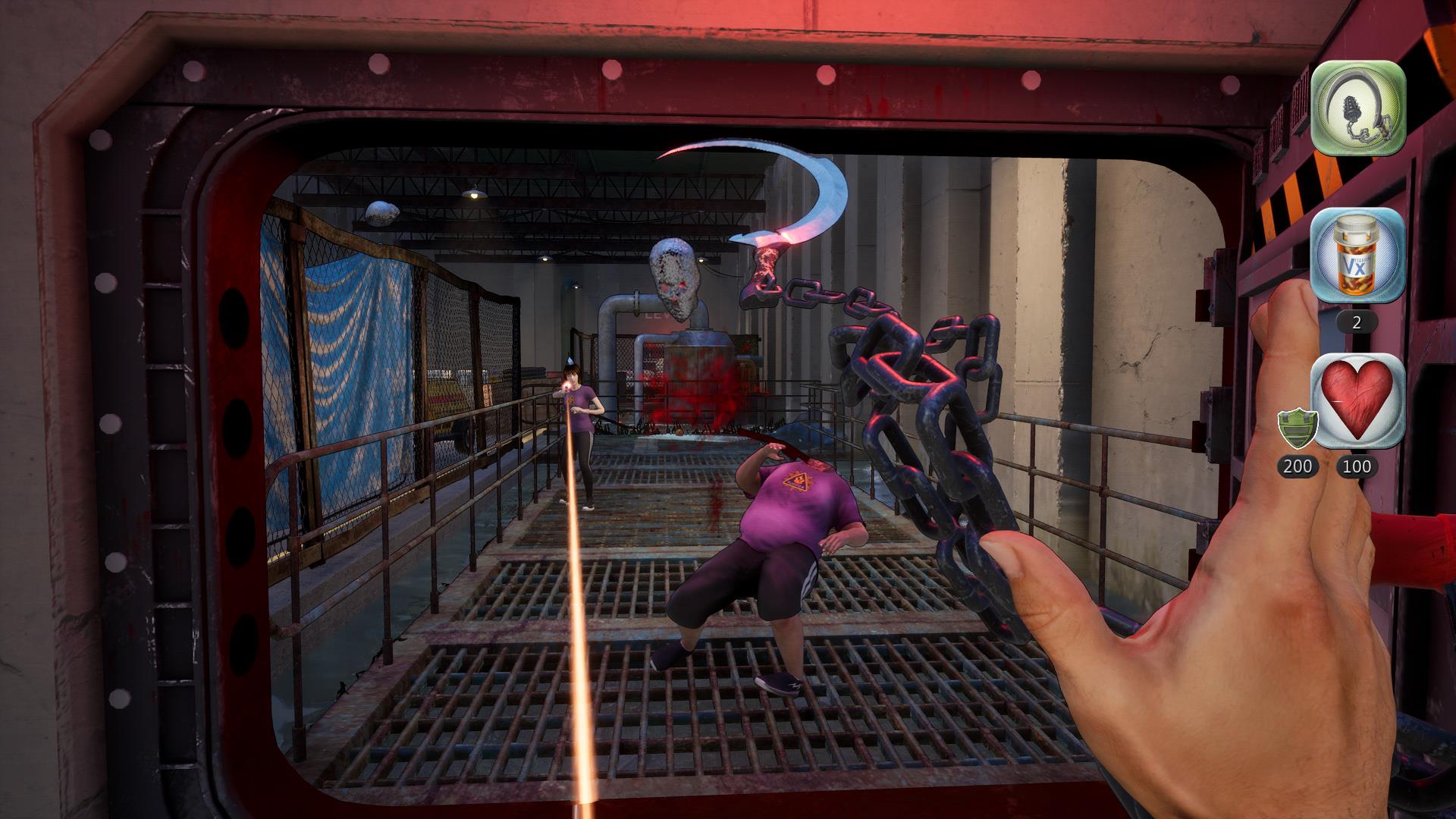 Unless you enjoy strolling casually through the mall shooting mannequins, this combat won’t do much for you. The gunplay in Postal 4 feels strangely unimpactful, and most enemies stand stock still until you shoot them, at which point they crumple to the ground. The enemies that do attempt to move are quickly foiled by such advanced game features as walls and objects. It is entirely normal in Postal 4 to see guys running in place in slow motion with their foreheads planted firmly against a wall.

In between missions, the player can mosey around town and see the sights, most of which are vaguely disheartening. Shops are empty, with no one working inside. Pedestrian models are so common that you will often see three or four identical people clumped together. There are some collectables to hunt for - but be careful where you tread. Sometimes entering buildings can be buggy, which means that Postal 4 won’t let you back out, necessitating a reload. 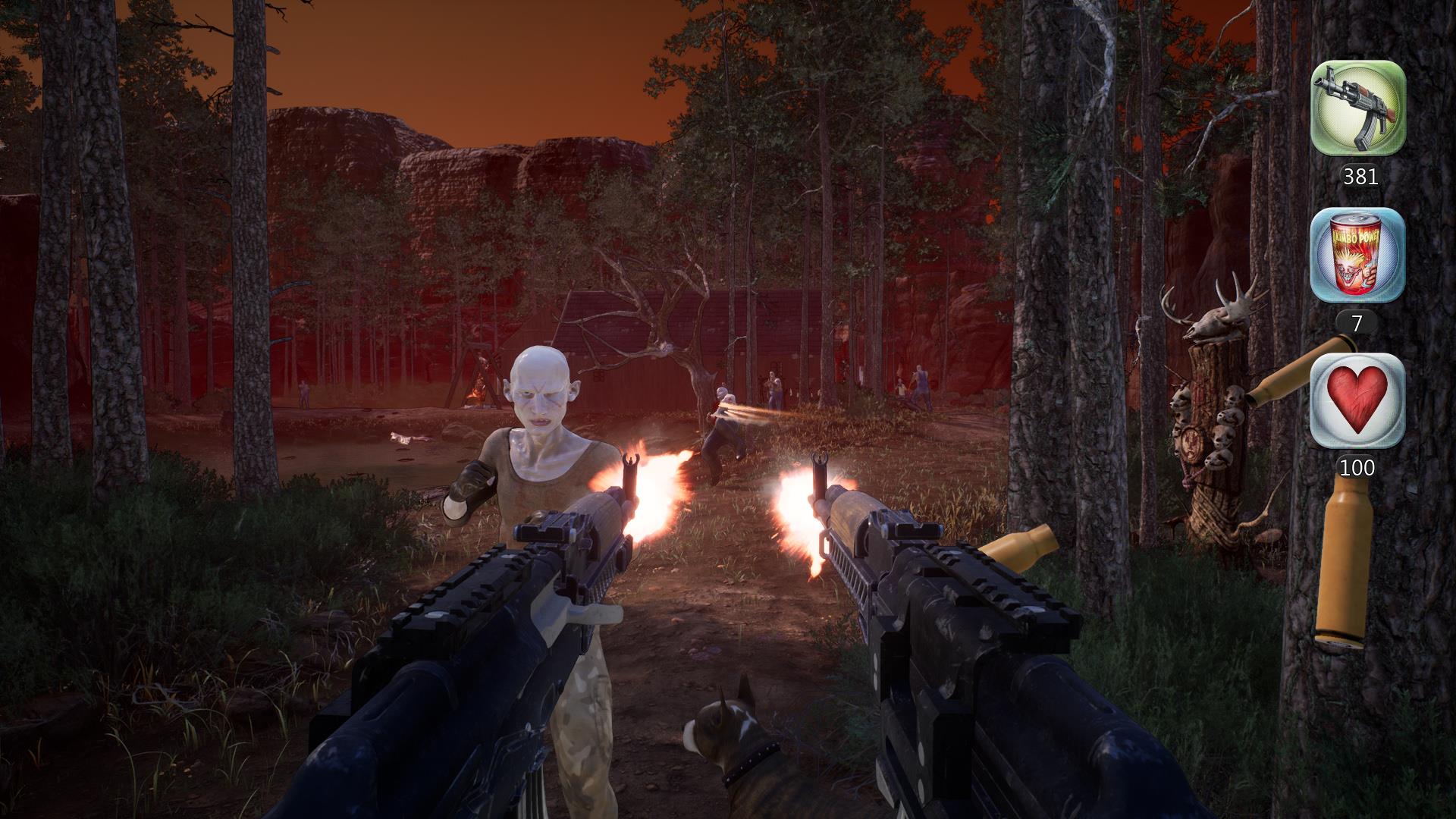 At one point, in an attempt to amuse myself, I decided to go into the police station and start a ruckus. Limiting myself to a club, I wanted to see how long I could survive if I just started taking out cops. It turns out that the answer was “forever”, though I eventually had to quit and reload and old save as the police station locked me down with no way to escape (and yes, I did find the game’s computer system that should have freed me – it just didn’t work). During my time in the station, I must have killed at least 200 copy/paste police officers, who would randomly spawn right in front of me, turn, and run into walls. The cops never escalated their attack, and no advanced-model cops ever showed up. It was just the same, dumb dudes, over and over again. Clubbing fish in a barrel gets old pretty quickly.

It's difficult to encapsulate into a 1000-word review the many ways that Postal 4 is broken, weird, and just flat out unplayable. Perhaps the biggest issue is the game’s proclivity to crash to desktop unexpectedly for no apparent reason. This occurred so many times that I lost count. Sometimes I could go an hour or two without seeing the desktop, only to have Postal 4 crash on me three times in quick succession. 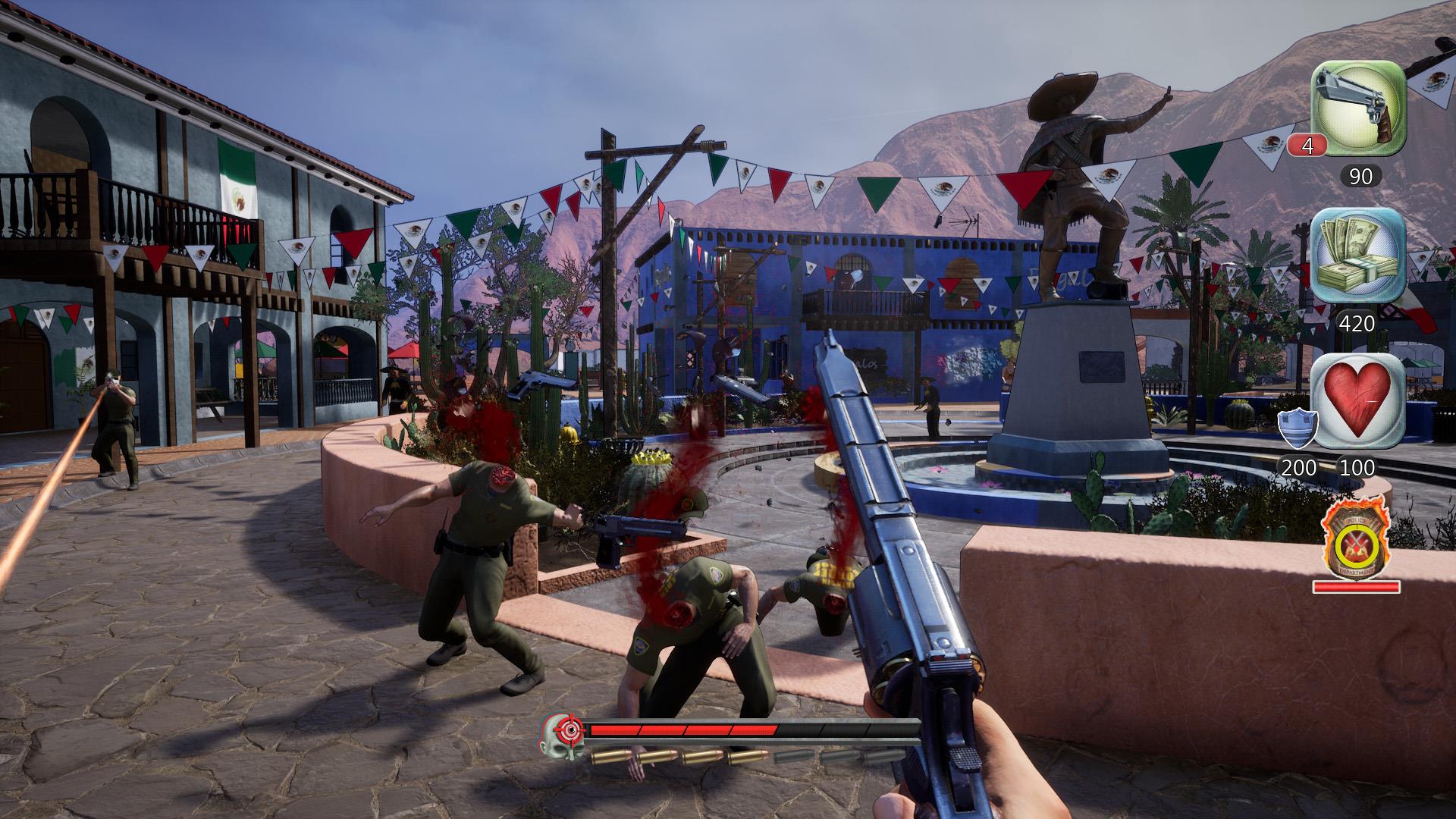 There are more issues that will bother gamers – things like the framerate chugging randomly - but why bother ticking off a list? Let’s just call this one broken and collectively move on, shall we?

In the end, there is very little redeeming about Postal 4: No Regerts, but not for the reasons I expected. Rather than being offended by the content on display, I was more saddened by it – not by what it says about our current society and culture, but by how poorly it is implemented. In the end, I didn’t find much of what Postal 4 was doing offensive. I’m not certain what that says about me, but I know what it says about Postal 4 – it says that this is a game that fails in almost every possible way.

Postal 4: No Regerts is ugly to look and ugly to play – less because it is offensive or inappropriate, more because it is so poorly done. By completely whiffing on anything resembling humor and utterly failing to deliver any meaningful gameplay, Postal 4 delivers nothing of value to players unless they really enjoy watching a game crash once an hour. Avoid, avoid, avoid.