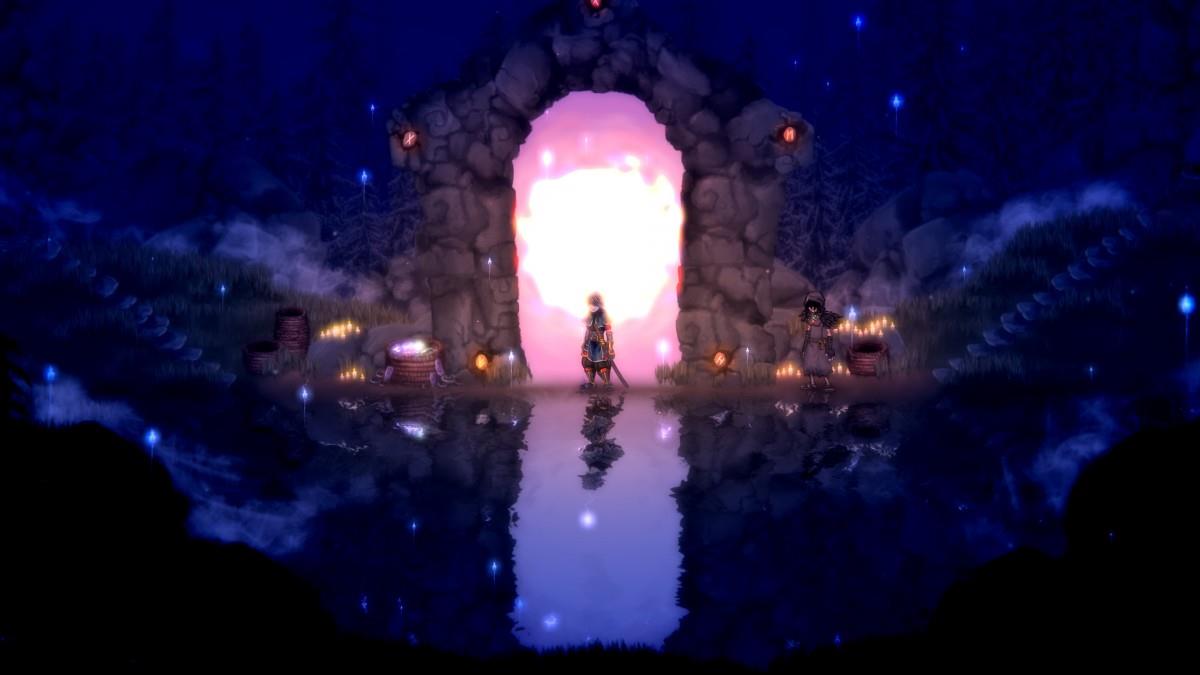 If you’re an ice cream connoisseur, you might be thinking of Salt and Straw. But this isn’t dessert, as Salt and Sacrifice is a full course meal after the major success of Salt and Sanctuary back in 2016. Salt and Sacrifice is an indie action role playing game that follows the Souls-like formula, filled with stamina-based combat, dodge rolls, ambiguous item descriptions among other stylistic similarities. I had the chance to preview the beta of the game on the PlayStation 5 ahead of its official launch in a few months, and boy am I excited for the full game.

You start off, similar to Dark Souls, with a character creator alongside chosen starter classes, and crimes among other cosmetic features. The crime chosen determines what starting items you start with, which range from consumable fire bombs to an equip-able ring. Not soon after, it is revealed that you have been banished from your homeland for the crime you have committed and you are now deemed a Marked Inquisitor. In order to prevent a doomed fate, you must now hunt and eliminate powerful individuals known as Mages. 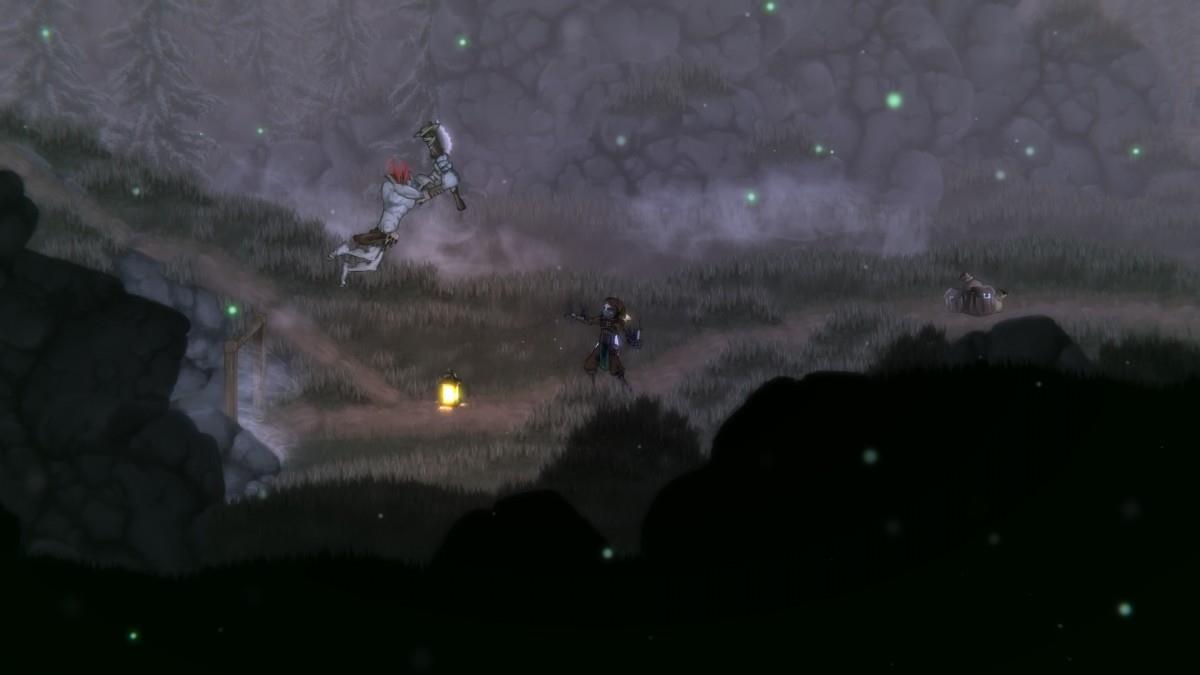 If you played Salt and Sanctuary prior, then Salt and Sacrifice will feel right at home in terms of controls, combat, and atmosphere. One noticeable difference is the graphical upgrade Sacrifice has gotten, with crisper visuals and more vibrant colors. The skill tree and upgrade path for your character has also gotten more in depth, with plenty of branching paths to go down. Stat allocation is what you would typically expect, which categories such as strength and dexterity, allowing for a true sense of build variety. Perhaps the greatest improvement upon the first game is the streamlined multiplayer component. Salt and Sanctuary had local co-op but the online portion was a headache to get working. Salt and Sacrifice now allows for easy to connect online co-op with a dedicated in-game item.

I will say that the game can come off as too ambiguous and confusing to the point where it might be frustrating at times. Those who are unfamiliar with the first title or any Souls-like game in general might find it difficult figuring out what some items do, or where to go next due to the extreme lack of hand holding. Many gameplay elements are vague and combat can get unfair at times. Given that this is a two dimensional game, dodge rolls can sometimes not grant you the full invincibility frame and end up getting you killed after being stun-locked by enemy attacks. It is important to know that equipment weight is present in this game, but it doesn’t tell you, so wearing heavy armor will force you to “fat-roll” and thus make combat encounters a lot more lethal. In addition, there are some questionable mechanics that are utilized in the game, such as the need to farm for berries to refill your health flask and the need to go back to the central hub in order to level up your character. 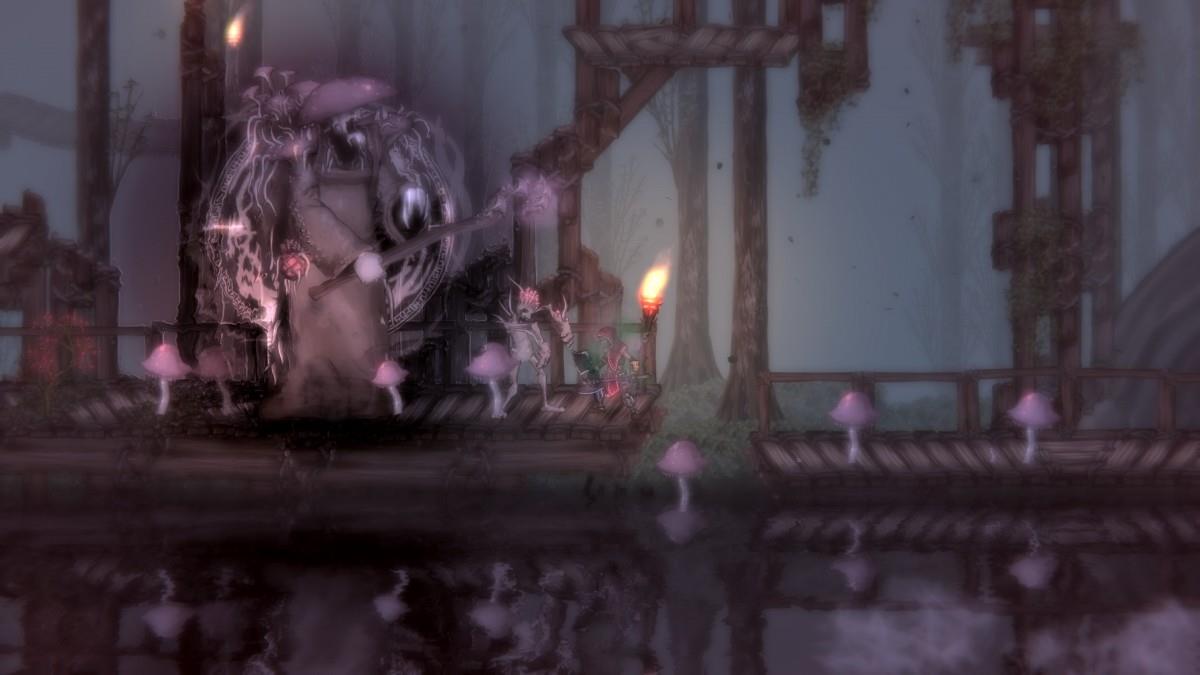 Hunting Mages are one of the more exhilarating aspects of Salt and Sacrifice, as you must chase them through various locations, which is quite similar to Monster Hunter. What is interesting is that regular mobs found in the overworld will attack them as well, resulting in an all out brawl. Mages are the culmination of regular boss encounters, as they can be extremely difficult to take down, using power spells and attacks that can kill you within an instant if not careful. Defeating Mages is the only way to reach further areas in the game, which makes sense considering hunting them go hand in hand with progressing the narrative.

Customization and build variety is aplenty in Salt and Sacrifice, where loot and upgrade materials can be found scattered throughout the overworld or through defeating bosses and Mages. The myriad of options and paths to go down will definitely fill the desire for those who wish to dabble into build-crafting. Want to go a tanky paladin or a nimble archer? The game has got you covered. 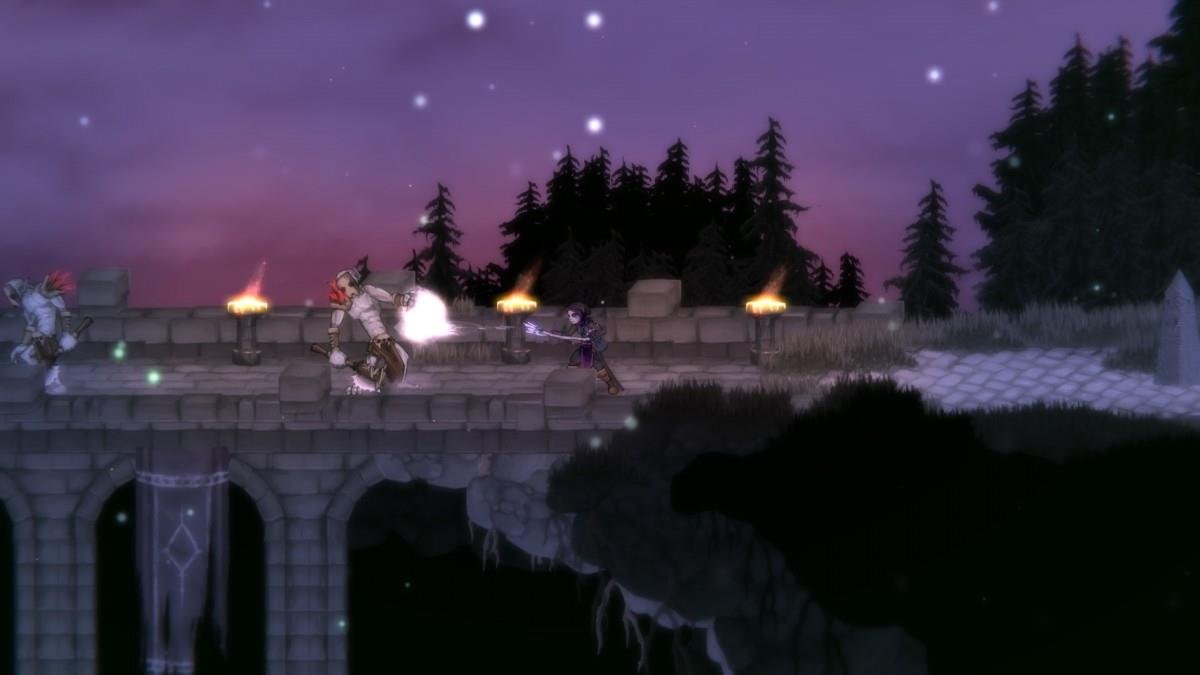 Salt and Sacrifice is shaping up to be a strong contender among the indie game releases of 2022. The sheer amount of customization, content, lore, and challenging boss encounters is enough to fill you with excitement. Even though players of Salt and Sanctuary might feel familiar with Salt and Sacrifice, I am happy to say that this game is much more than a reskin of the original. The Mage hunts provide a refreshing mechanic that I have never quite seen in a Souls-like game and here’s to hoping the full game carries on the hype provided by the beta.

Salt and Sacrifice is coming to PlayStation 4, PlayStation 5 and PC via the Epic Games Store on May 10, 2022.