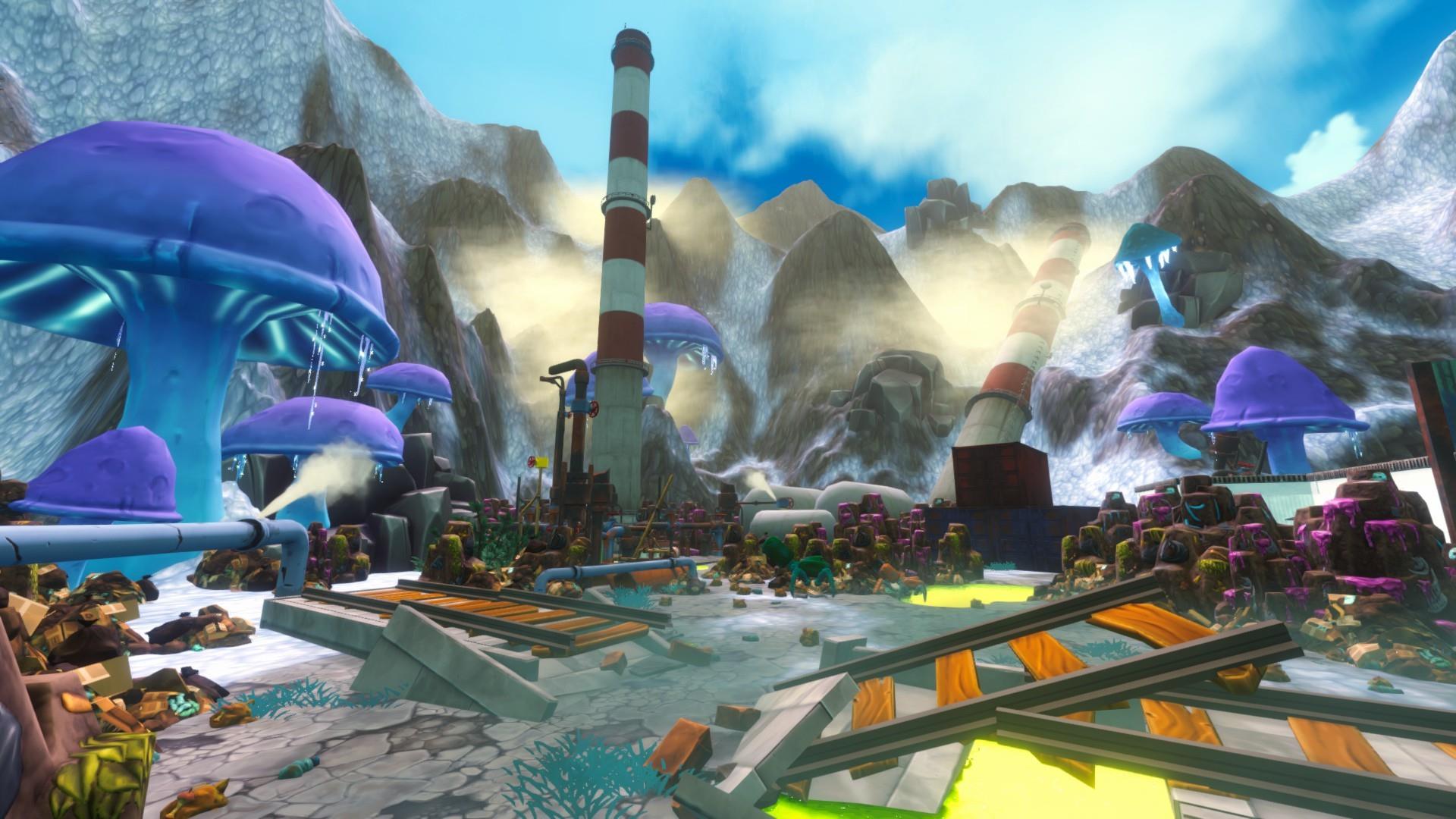 A lot of games have repetitive gameplay mechanics. A lot of good games include them as basic principles. When it comes to farming simulators repetitive mechanics are their bread and butter. That’s one of my favorite parts about the genre. A nice cycle, slowly working towards some big feature, only for the cycle to continue, just a bit differently. No Place Like Home has a good cycle. Its repetitiveness doesn’t hinder the experience, in fact it helps to make the game enjoyable. I never felt tired of sucking up garbage, planting, or finding headgear for my chickens to wear.

As shocking as it sounds, in the future humanity has destroyed Earth and fled to Mars, probably so we can repeat the process on a new planet. You play as Ellen, who has stayed back looking for her grandpa, instead finding his farm in disarray. No Place Like Home follows her exploits as she brings the farm up to code, while slowly finding out what happened to her grandpa. There is not much story, which is unfortunate. The setting of a run down Earth is appealing. But there isn’t much exploration, mostly just a bunch of junk to suck up recycle. Along with a lack of exploration, there is also a lack of story or romancing to be done in game. There are NPCs to see and interact with, but these interactions feel hollow in No Place Like Home. 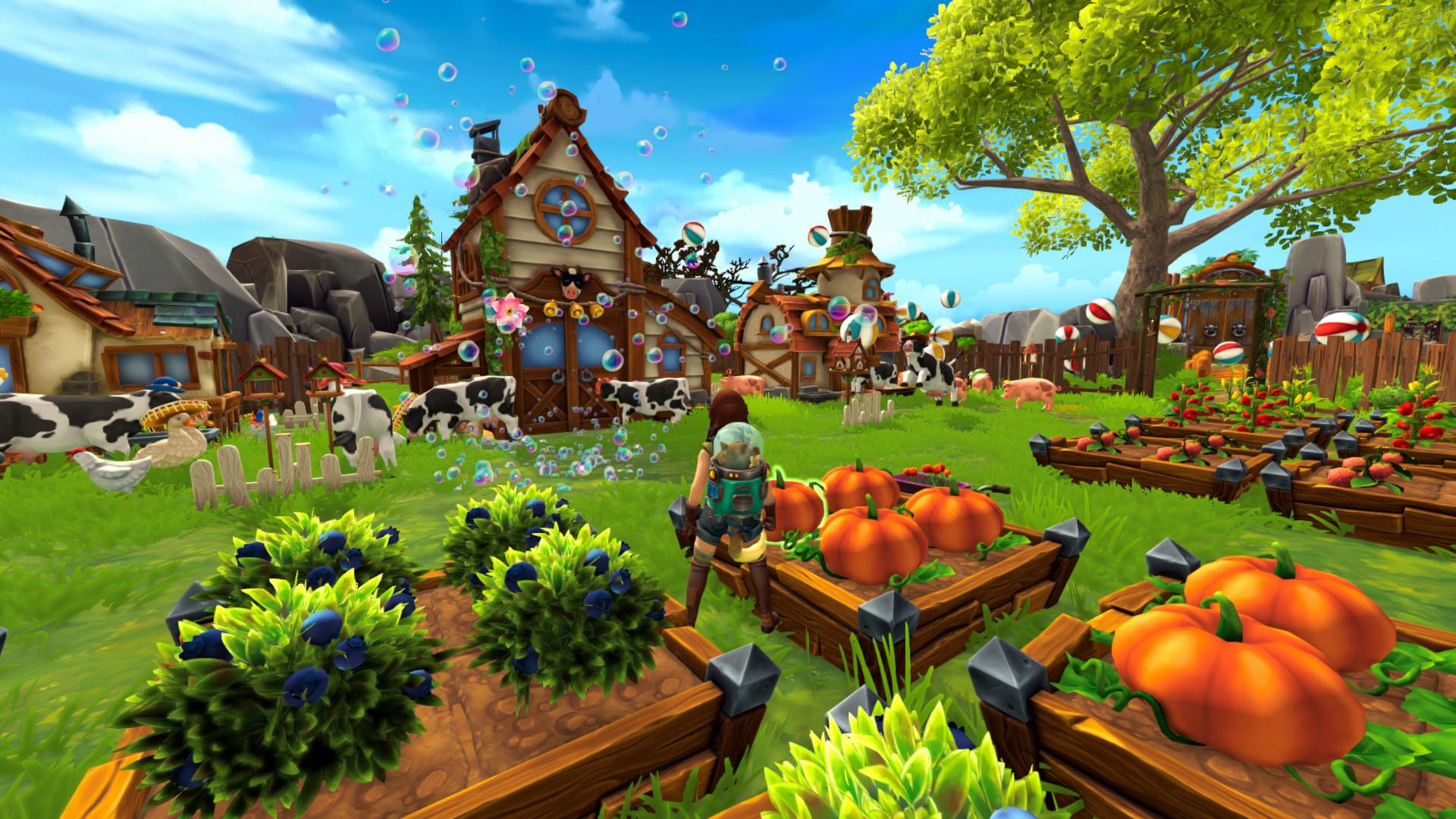 The biggest issue is that the Earth feels a bit lifeless. I see the argument that this is on purpose; after all most everyone has left Earth for Mars. But NPCs feel like they have no life, other than to serve any needs you may have. There’s a lack of personality to them. For example, your childhood friend is only interested in reminiscing about the good old days, the shop owners only have the same things to say day after day. The lack of romance, or NPCs having more than surface level stories or conversations feels like a misstep.

Another big turn off were the constant spelling and grammatical errors I found while playing. I’m not someone who normally notices something like this, but I kept seeing typos or sentence structure that was incorrect.

While the world might not feel fully fleshed out, and the game is riddled with spelling mistakes, all is not lost. While I feel it is a misstep to not have a world to get lost in, or in-game characters to turn into my best friend, the farming aspect is spot on. 3-D and farming can be pretty hit or miss even on today’s consoles, but No Place Like Home nails it. I never felt like I was placing something in a location I didn’t want it in. Typically in 3D farming games, one of the biggest complaints I have is with how to go about watering your crops. No Place Like Home might be one of the easiest and more convenient ways to go about this chore. 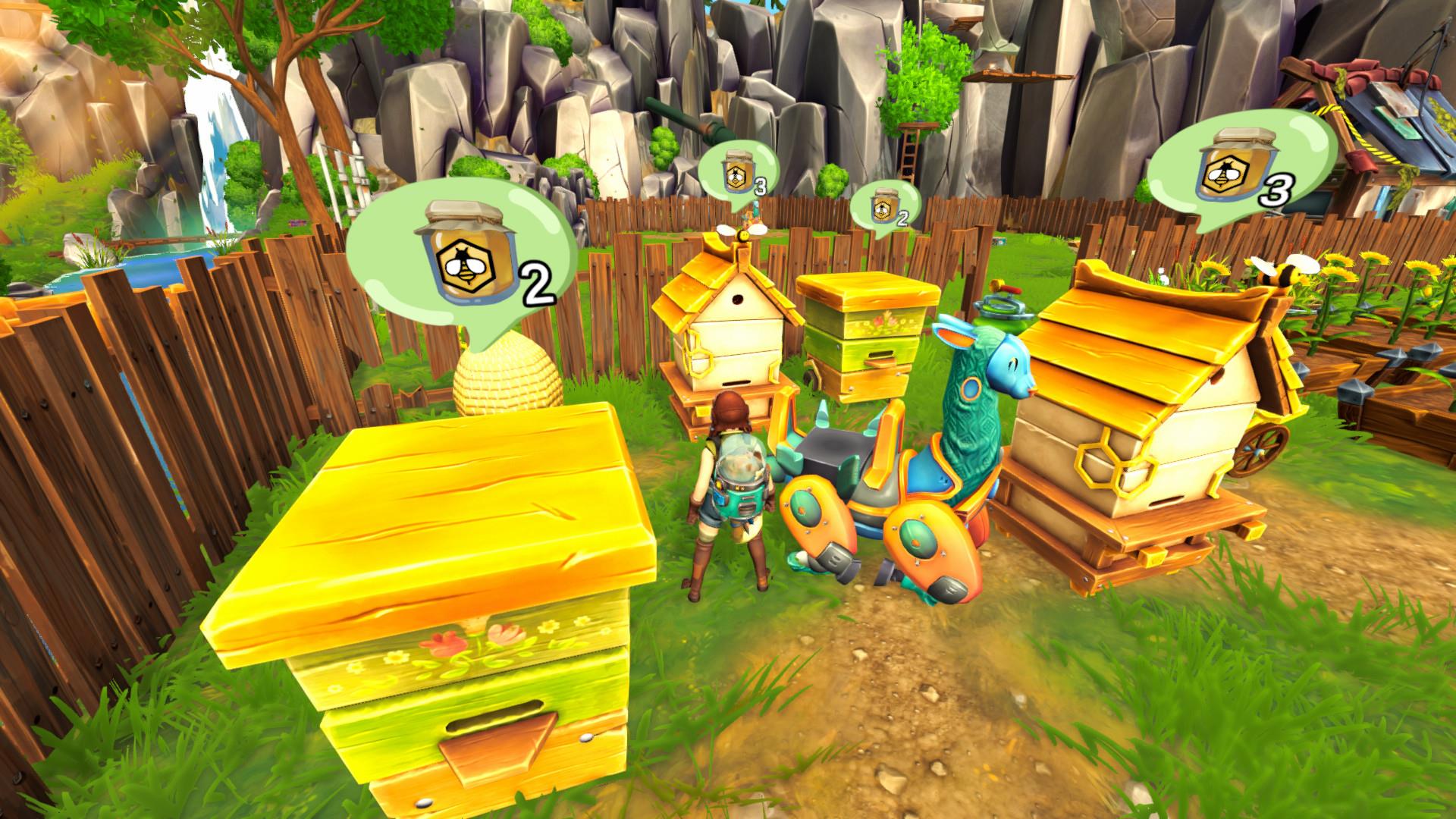 Besides the planting system being near perfect, getting into the game was also very easy. The tutorial was straightforward and quick. The most unique feature of No Place Like Home is the suck-o-matic. Not to borrow from other games, but it plays a lot like Mario’s F.L.U.D.D. tool in Mario Sunshine. You can shoot water, fight monsters, and suck up all the garbage. While it may seem like a lot, it really wasn’t. More than anything I felt like I want to see a tool like this in other farming sims from now on; as a mechanic it really changes the game. While the tutorial teaches the basics to get by there was plenty to learn along the way, but No Place Like Home felt straight forward enough that I was never confused about how to achieve whatever goals I had in mind for my farm.

Another charming feature is the humor. A little goofy and over the top, but played well with the environment. The talking chickens were more amusing than annoying, and trying to find hats for them to wear to their dance parties was enjoyable. 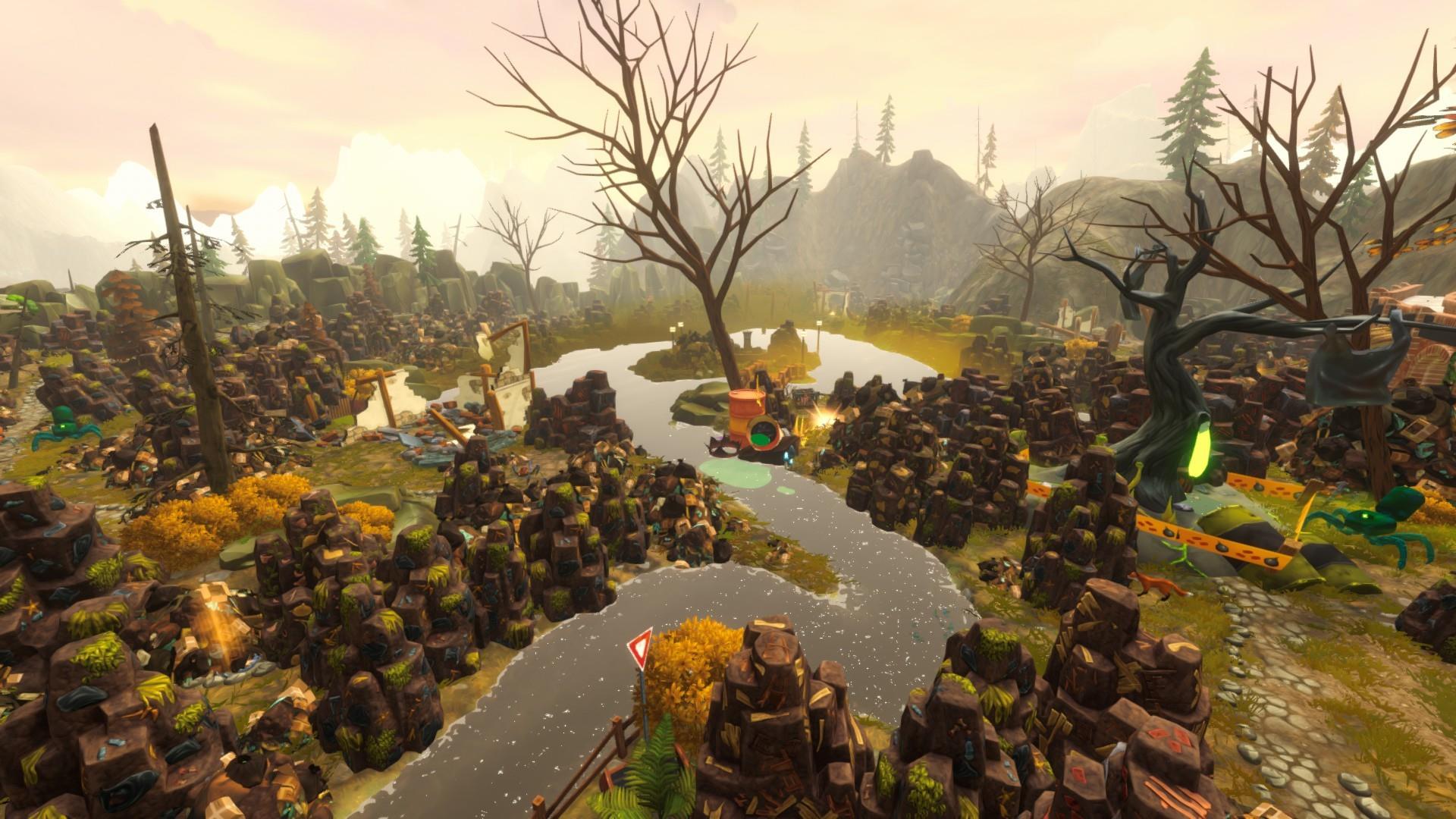 No Place Like Home is a straight up farm sim. The game also plays well to the crafting and building side of the genre. Though the game is light on the story, and nonexistent on the romancing side found in most well-rounded farming sims, getting into the stride of cleaning up and farming was easy, and fun. The unique suck-o-matic needs to become a mainstay in the genre, and recycling was a good spin on seeing something not normally found in farming sims. If you want a farm-heavy sim, No Place Like Home does it right.

No Place Like Home offers a unique take of the farm simulation genre by placing you on a near desolate Earth. Unfortunately it is also void of memorable NPCs and contains little story to sink into. While the addition of a sci-fi element is welcome, the overall gameplay feels like it came from a farm sim made fifteen years ago. There is plenty to enjoy, especially if you want to stick to farming and cleaning up. But since No Place Like Home feels like it is missing modern mechanics that have become mainstays in the genre I’m not sure it’s for everyone.