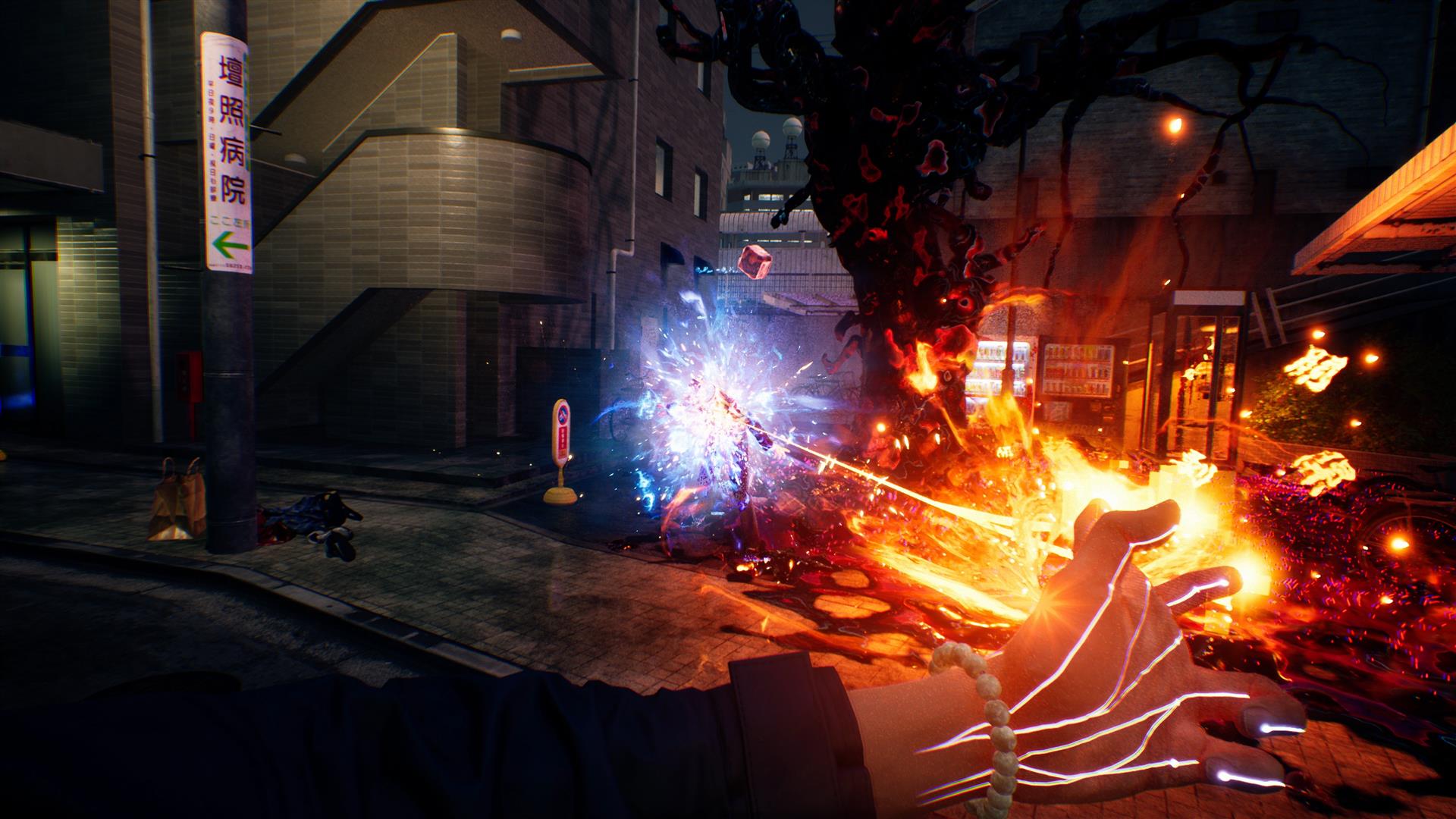 Ever wanted to hunt ghosts and immerse yourself with Japanese culture and folklore? Look no further, as Ghostwire: Tokyo has got you covered with its supernatural rendition of Tokyo, flooding the streets of Shibuya with ghastly visitors and haunting urban legends. The newest project from The Evil Within developers Tango Gameworks is an action horror open world game where you use Kuji-kiri hand gestures to defeat wandering Yokai while solving the mysterious disappearance of 99% of Tokyo’s population. There’s a lot more than meets the eye in this game, as it cleverly meshes together multiple gaming mechanics like stealth and investigation to ultimately create an experience like no other. I was captivated by the environments and immersive effect of the game’s usage of haptic feedback and adaptive triggers during my preview of the game’s first two chapters. However, after finishing the entire game, I am disappointed to say that the game felt rushed and I was left unsatisfied with the narrative’s conclusion.

Ghostwire: Tokyo has you play as a man called Akito, the seemingly sole survivor of the supernatural disappearance event, due to his partial possession with the spirit of a past ghost hunter named KK. KK has ties with Hannya, the man behind this insidious phenomenon, and the two forge a relationship to get to the bottom of this mystery adventure. The two start off on a rocky foundation, as they bicker and argue over what to do and who gets control over Akito’s physical body, but develop a relationship that is more than just partners in crime. 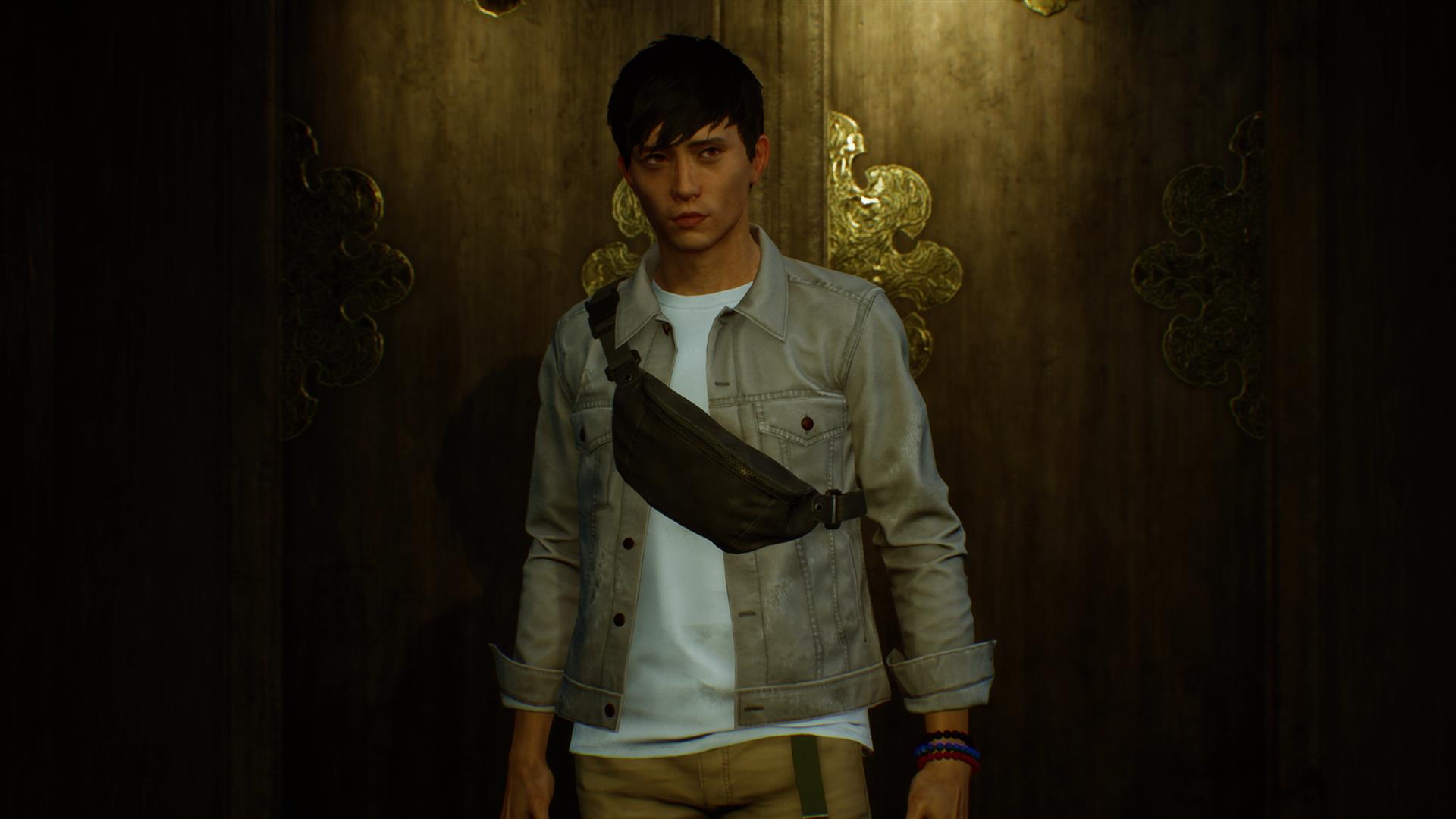 Tango Gameworks did a fantastic job visually presenting this game, as it looks absolutely beautiful in every way, from the vibrant colors of neon alleyways to the depiction of the creepy faces of Japanese Yokai. There is virtually no difference between the quality of the cutscenes and the actual gameplay, to the point where it is sometimes difficult to distinguish between CGI and real life. Ghostwire: Tokyo also excellently utilizes all the next-gen features of the PlayStation 5, including near instant load times, haptic feedback and adaptive triggers from the DualSense controller, and haunting 3D audio from the PULSE headphones. Little details like these make the game much more immersive, especially hearing the faint moans of a distant visitor and feeling the reverberating rumble of the controller when I rip out the core of a spirit. Puzzles that require hand gestures also make use of the DualSense controller, allowing seamless finger swipes on the touchpad.

Ghostwire: Tokyo is screaming horror with its perpetually night time rendition of Tokyo, trippy visuals and dark corridors. The inclusion of real Japanese folklore such as the feline Nekomata, flying Tengu, and infamous Kuchisake-onna serve as an added cherry on top that smoothly complement the scare factor. The developers even added in some nice easter eggs from their past games, like set pieces that feature disturbing dreamlike mindscapes of Stefano from The Evil Within 2. Reality becomes distorted and rooms turn sideways and upside down. The world building is phenomenal and things do get creepy at times, but is the game scary? Not really… 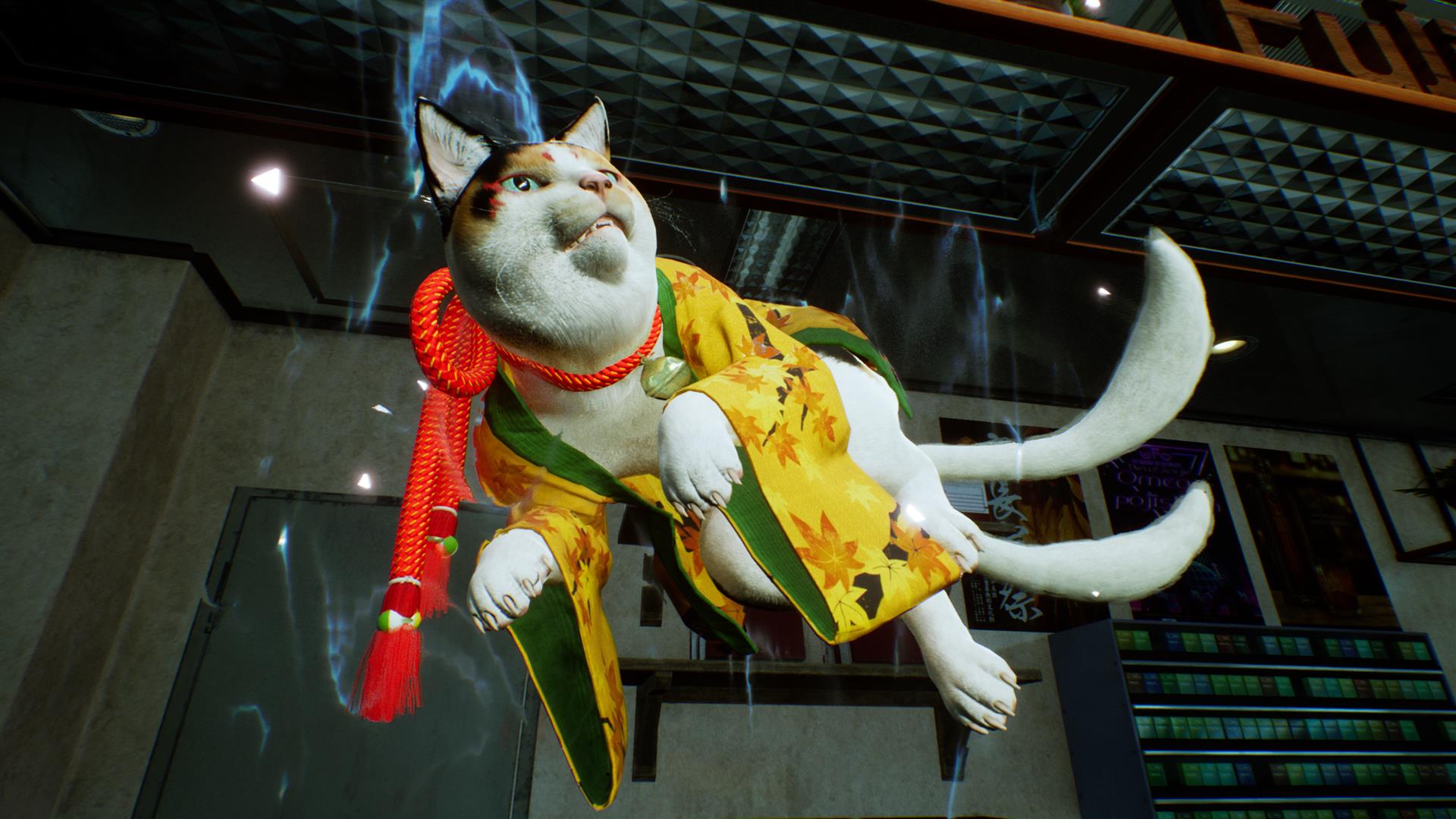 It’s not scary because Ghostwire: Tokyo leans heavily on action due to Kuji-kiri and other tricks up your sleeve. After fusing with KK, Akito has the power to manipulate different elements such as wind, fire, and water in the form of Ethereal Weaving. This isn’t inherently a bad thing, as the game was never marketed to be a survival horror title. There’s more to Akito’s combat kit than just shooting out gusts of wind or blasts of water, as he gets introduced to a bow and arrow as well as talismans to complement his role as a ghostbuster. Performing perfect blocks will push Visitors back and once weakened enough, their cores will be visible for you to purge and execute. Tango Gameworks did a good job thematically combining methods of combat with the purging of spirits. There is stealth as well, but it’s not very well implemented nor consistent. Sometimes I can go sprinting head first behind a Visitor, and it doesn’t notice me, allowing me to insta-kill it, but other times I crouch and try to sneak up just to have the Visitor turn around and spot me. Enemies have erratic movement patterns and make stealth an unpleasant experience. The overall flow of battle is satisfying and visceral, forcing you to use every tool in your arsenal. There are situations in which you are separated from KK and are forced to use stealth or your bow and arrow, slowing down the pace and forcing you to be more strategic. Boss encounters are equally well done, featuring different mechanics arenas that require a strategic approach.

Unfortunately, the narrative of Ghostwire: Tokyo is bland, unsatisfying, and borderline nonsensical. Akito’s motive is to find and save his sister, who has been abducted by Hannya for no apparent reason, considering Hannya doesn’t even know who Akito and his sister are. What makes the story worse is how edgy and angsty Akito is, screaming senselessly and pounding on walls to convey his anger and frustration. KK’s motive, on the other hand, is to stop Hannya from performing a perilous ritual that will blend the world of the living and dead together. It’s also never revealed what the exact connection between KK and Hannya is, aside from them vaguely having a past together. Though Hannya is the game’s main antagonist, his character development feels underwhelming and rushed. He wants to reunite with his dead wife and child again, which is why he is performing this ritual in the first place, but the mysterious fog that encompasses Tokyo and the disappearance of all the citizens is never explained. The culmination of events felt unrewarding and unfinished as things ended abruptly. If you focus only on the story missions, the game can be completed in roughly 7 hours on normal difficulty, which is insanely short for a triple A title. 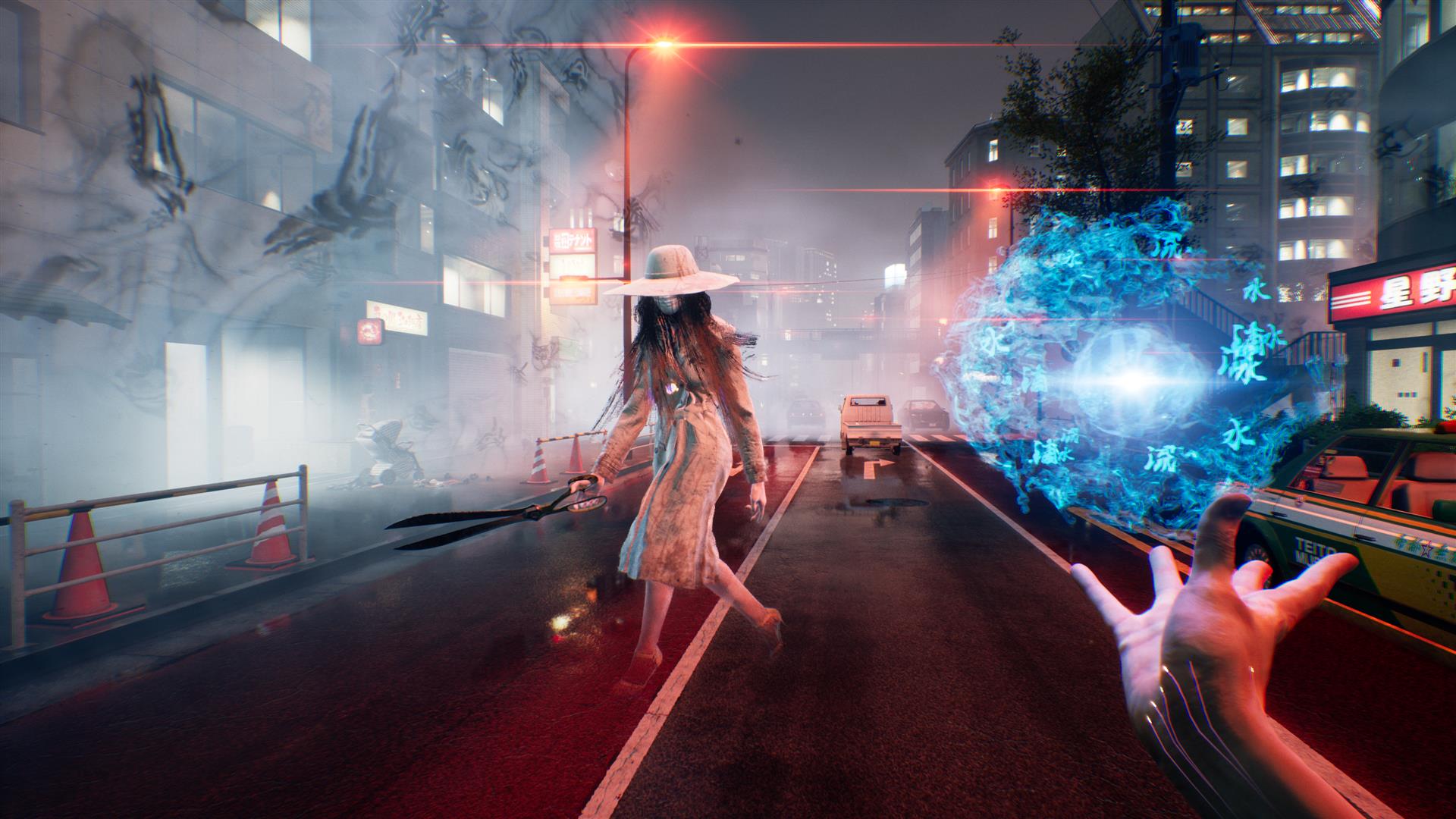 Let’s talk about the open world aspect. Venturing out and doing collectibles and side quests will increase the playtime by a significant amount, but this content ends up feeling recycled and repetitive. The world is quite large, and includes real life locations such as Shibuya Crossing and Tokyo Tower. Most of it is shrouded in lethal fog and you must locate and cleanse Tori Gates and shrines in order to disperse it. The more gates cleansed, the more that can be explored, simple as that. Each gate presents a different challenge, as some are located at the top of buildings and you have to figure out how to get up there. After you have the entire map at your disposal, you will find multiple side quest markers show up. Each side mission attempts to weave in a little mini narrative, but eventually ends up lacking inspiration and imagination. Most side quests are some combination of fetching an item, following footprints using your detective spectral vision, or fighting off waves of enemies. Scattered collectibles and secrets include documents that provide more insight on the narrative and Jizo Buddha statues that you can pray to in order to increase your permanent ammo reserve for your Ethereal Weaving spells. Multiple dogs, specifically Shiba Inus, and cats are encountered - and yes, you can pet them and feed them. Reading their thoughts with your spectral vision and feeding them just might lead you to something special.

It’s nice to see that the developers don’t shy away from being light hearted and comedic from time to time, especially the banter between KK and Akito and in some of the side quests. Because the supernatural phenomenon has practically erased 99% of people from Tokyo, their spirits are left behind. A particular spirit was using the restroom and ran out of toilet paper. The mission was, yep, you guessed it, to seek out a few rolls of toilet paper for him to do his business. 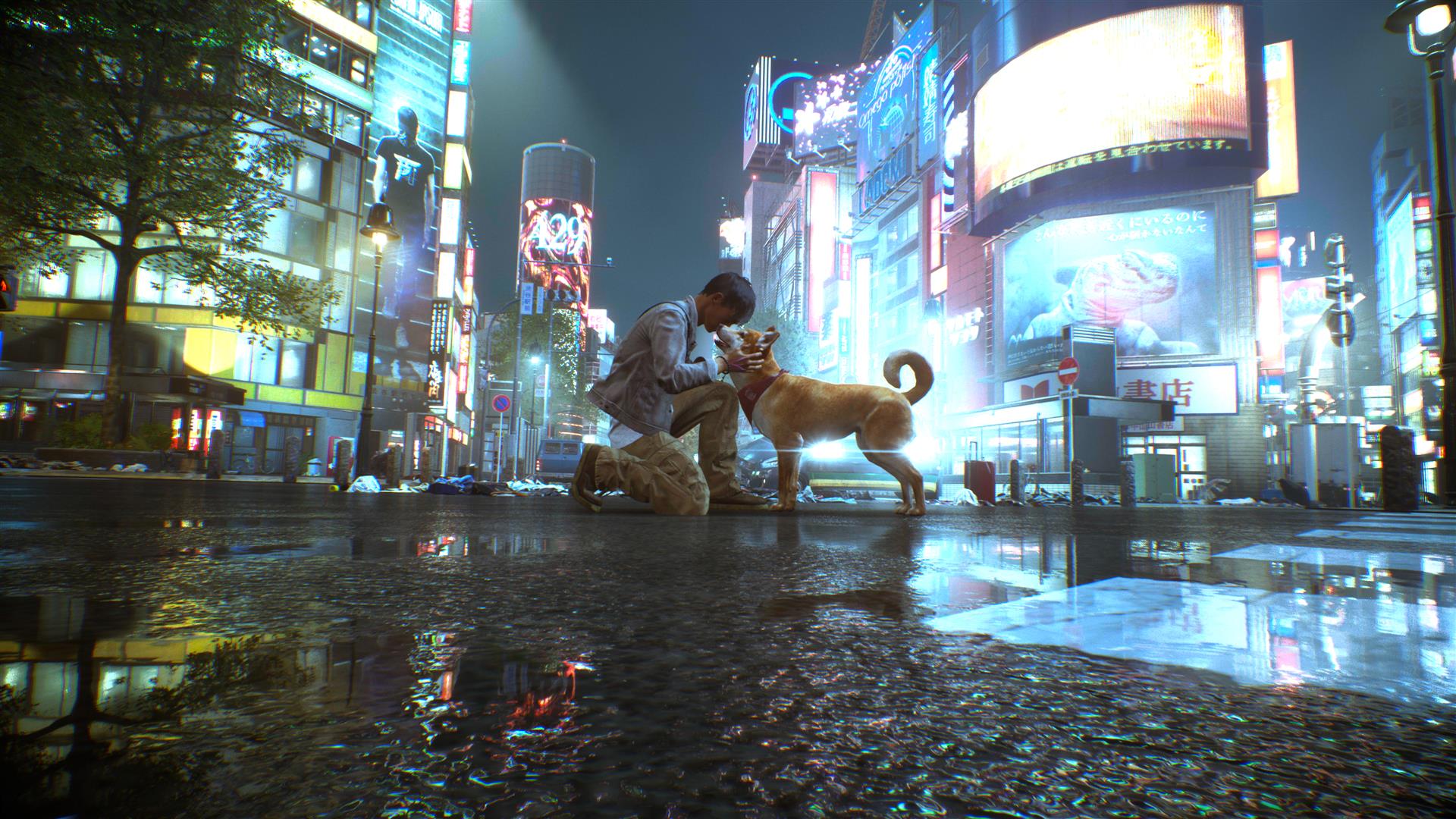 Ghostwire: Tokyo is a fun time, albeit a flawed one, with its psychedelic portrayal of Japanese folklore dripping in immaculate style. The gorgeous visuals and haunting audio paired with next-gen immersion on the PlayStation 5 makes the experience much more surreal. Ethereal Weaving is an interesting concept that is more than just shooting projectiles out of your fingers. However, the disappointing narrative, short playtime, and recycled open world elements ultimately hold this game back from being a masterpiece.

I didn’t know what to expect with Ghostwire: Tokyo at first. It uniquely meshes aspects of horror and action with the deep mythos of Japanese folklore. The game absolutely crushes it in terms of visual and technical performance, utilizing every feature of next-gen on the PlayStation 5. However, its disappointing narrative and repetitive open world features hold it back from being truly amazing.