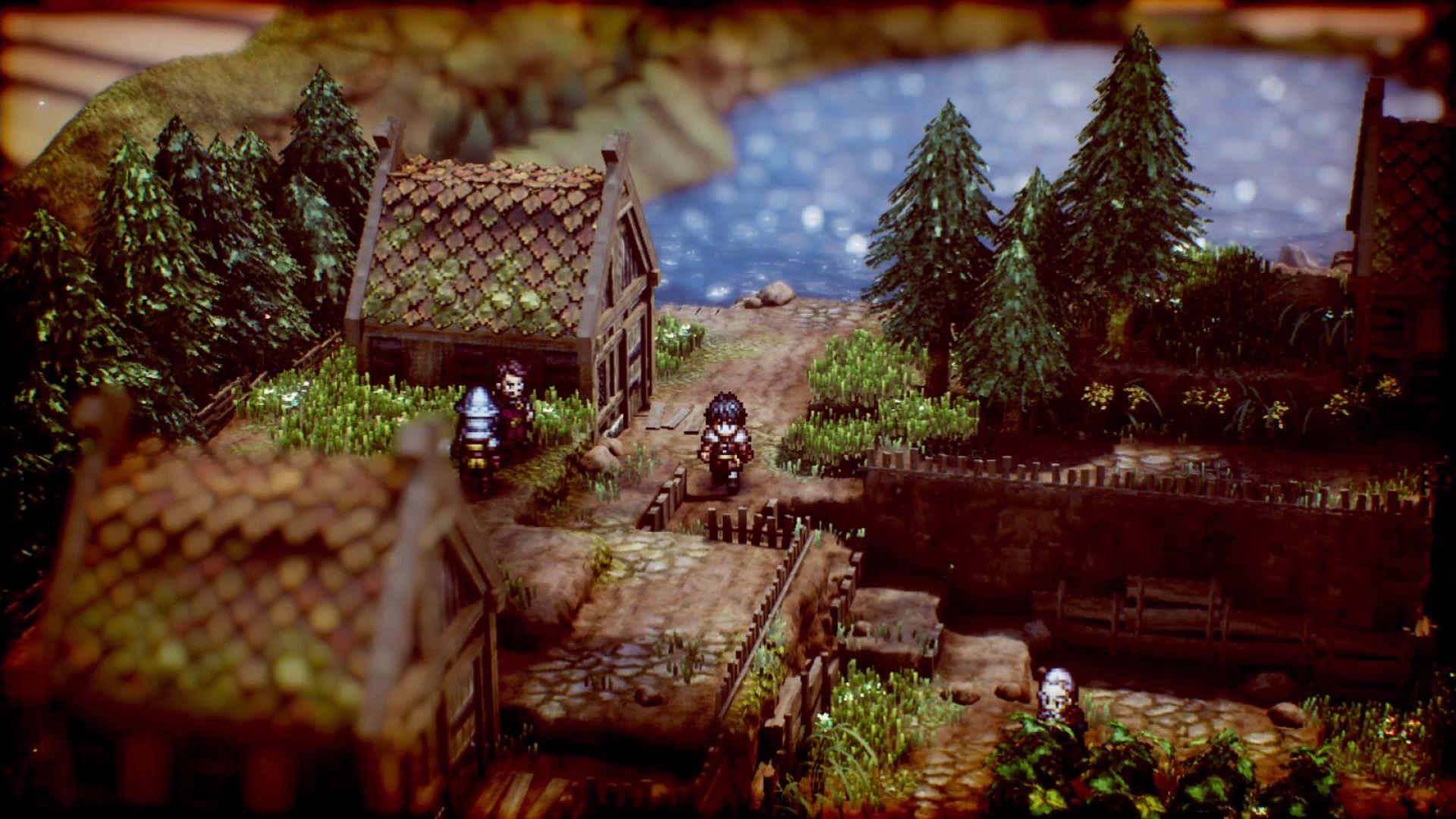 Written by Elliot Hilderbrand on 3/13/2022 for SWI
More On: Project TRIANGLE STRATEGY

I have a confession. For almost two decades I’ve been chasing the dragon. Not in a this-is-a-cry-for-help kind of way. More chasing a childhood memory I long to experience anew. I am a tactics game junkie. I love thinking, planning out my movements and turns in advance. Countering the enemy before it even makes its move. When Square Enix announced Triangle Strategy my heart skipped a beat. Could this be the next great one? Honestly I’m unsure of where to put this on my Mount Rushmore, but it’s face is certainly etched up there on the mountain. While I enjoyed my time with Triangle Strategy immensely, I can see how this is not going to be every tactics fans’ cup of tea. 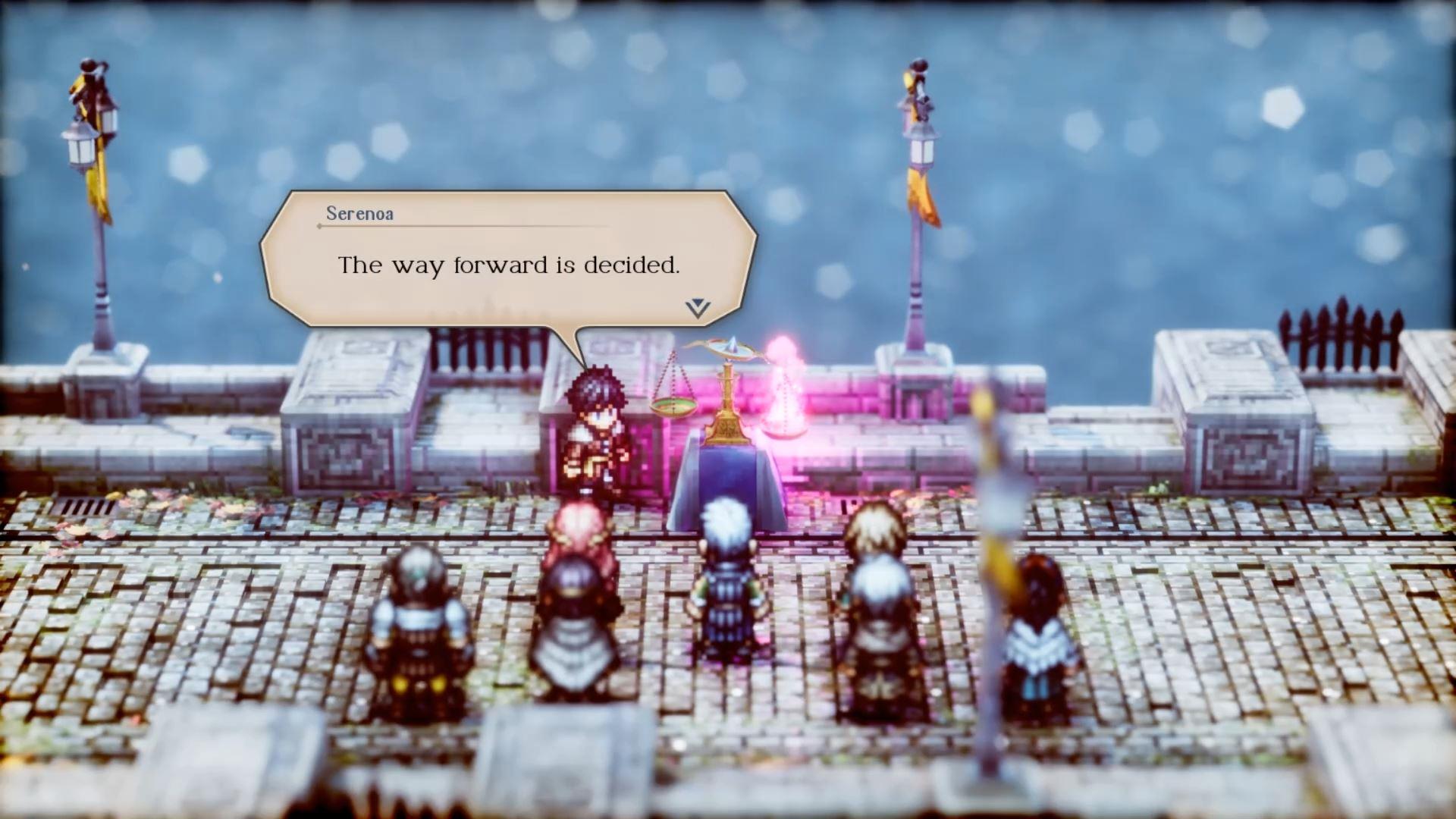 In the first hour of the game I had one combat encounter. I had a second combat encounter about an hour after the first one, and the third came an hour after that. Three fights in three hours of gameplay. I was not a happy camper. Before you can run you have to learn to walk, and before you walk you have to crawl. Before that you have to be born. That’s what it feels like to play Triangle Strategy in the first handful of hours. You experience your first combat pretty early on, and then you have cutscene after cutscene before you have another fight. 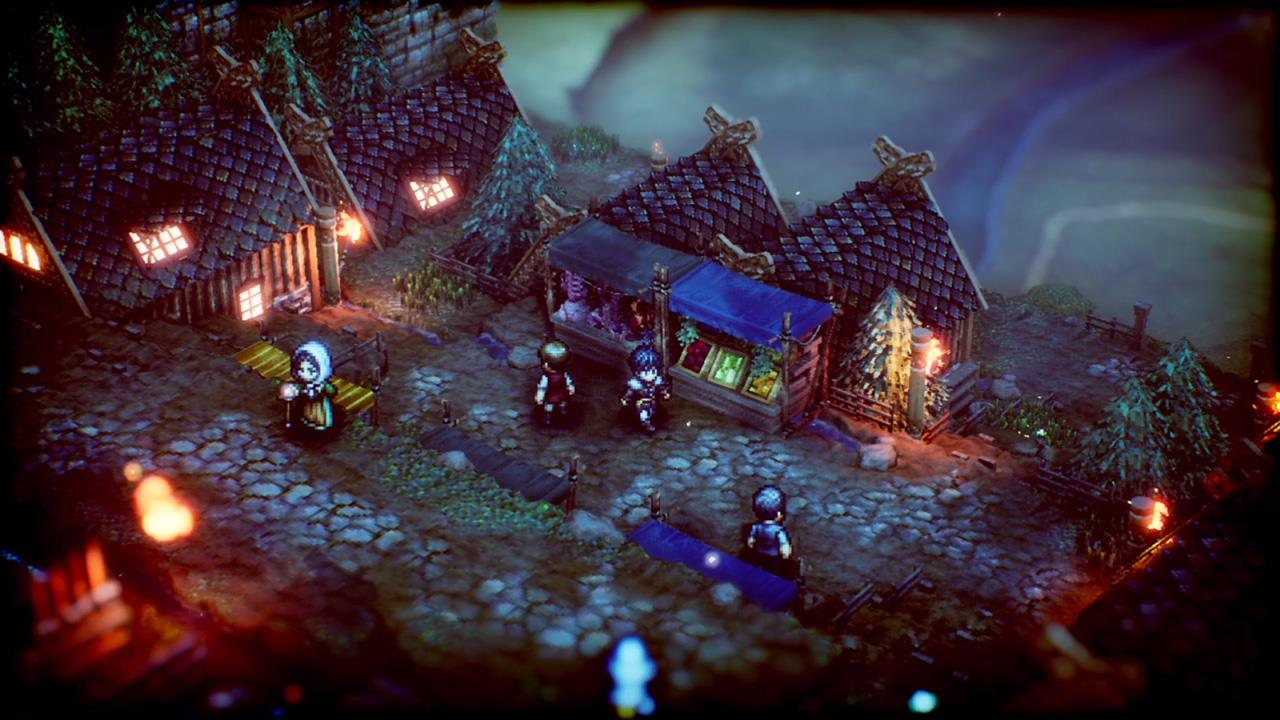 Triangle Strategy is not what it seems. It is a tactics style game, but it is also telling a sweeping epic of a story. If you want a game that focuses on combat as the main driving force, you are going to be let down early on. In the first couple of hours Triangle Strategy consisted of 85% story scenes, 10% combat encounters, and 5% exploring. 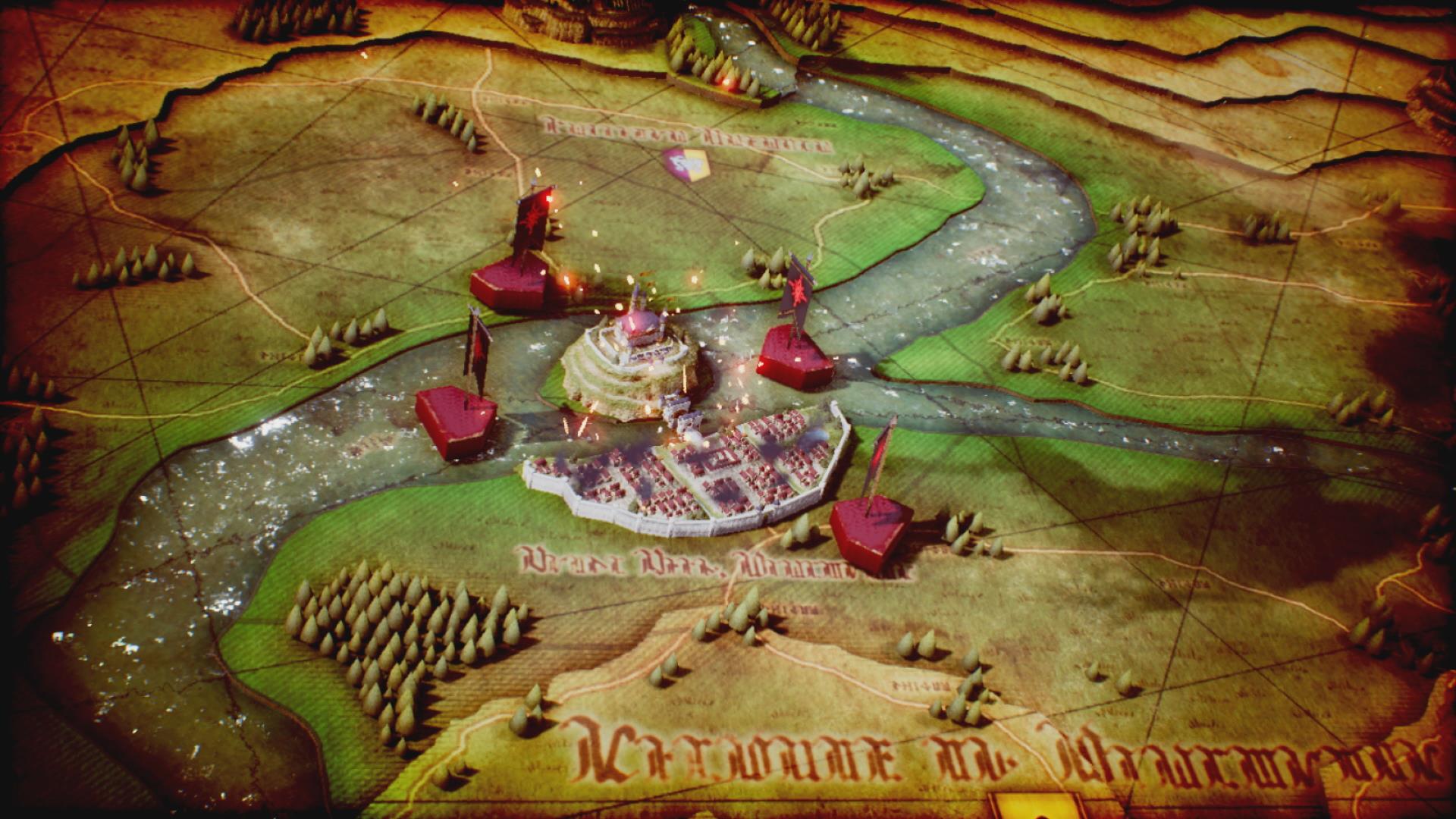 The story in the beginning sucks. You don’t know who anyone is, you don’t care about any of their issues, everyone is just fine with everyone else. There is very little conflict in the first three hours of Triangle Strategy. Instead you have to learn about the content of Norzelia. Who are the big three factions, why did they fight 30 years ago. There is a bombardment of character introductions in the beginning. You learn all the backgrounds and relationships between characters. Having to weather this storm was tiresome. I didn’t care to learn about the interesting world, I wanted to fight.

I stuck with it. I began to find the world building to be fascinating. I wanted to learn more about the walled up country where there’s no crime. I wanted to understand why the characters with pink hair are treated like they are less than human. Which of the three countries was going to break the peace truce that would lead to a war not seen in 30 years? It went from mundane to interesting in about four hours. If you can get through the first four hours of set-up then you won’t be able to stop until you see the conclusion. 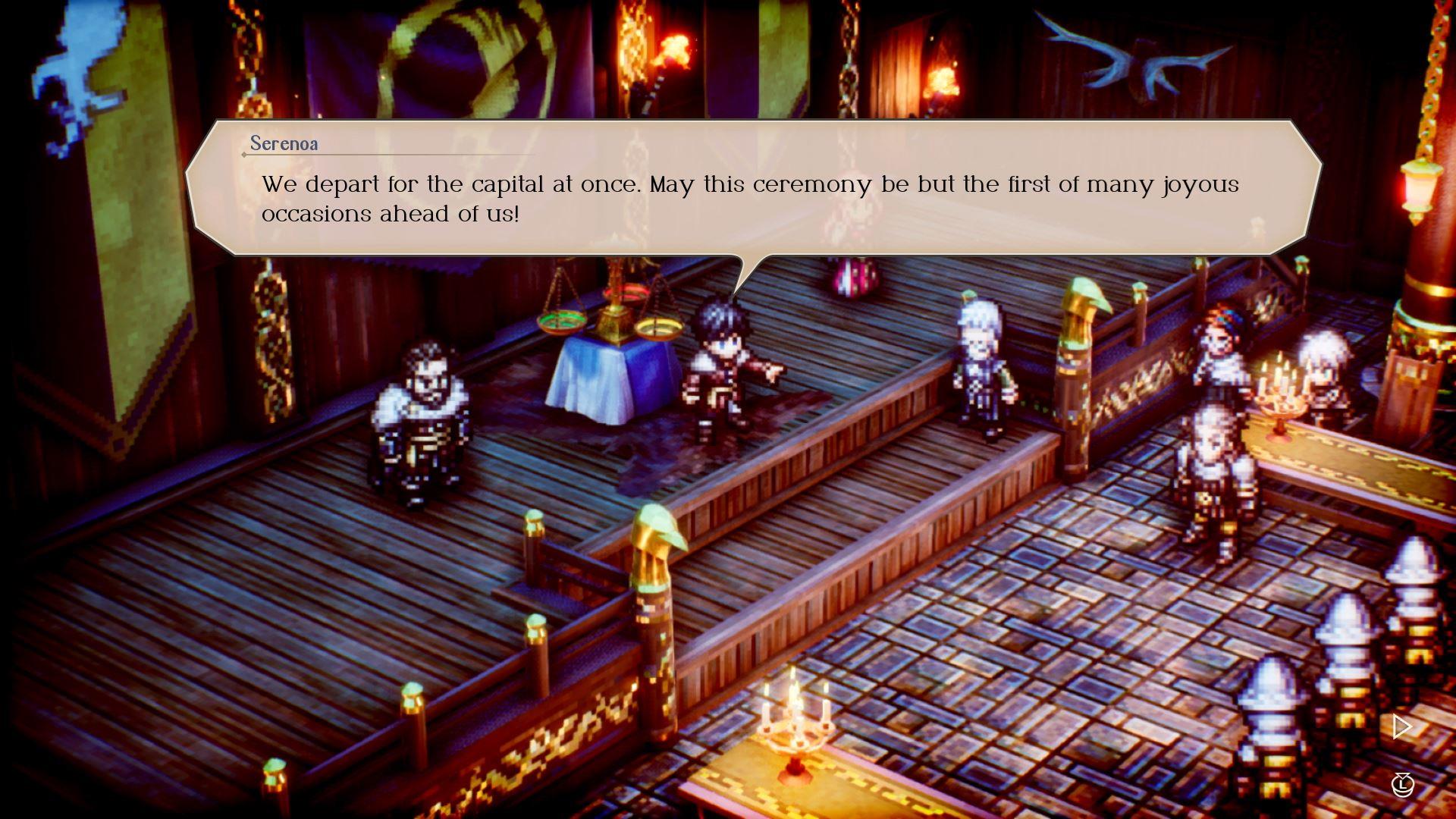 It’s a bit of a shame that Triangle Strategy doesn’t pick up until the fourth chapter, as that’s where the demo to the game ends. If I was going to base purchasing this game on just my experience of the demo, I don’t think this would be a game I buy, and that’s a shame because I love it.

I wanted the start of the game to be combat, but Square Enix had other plans. The story of Triangle Strategy is massive. I don’t want to spoil any story elements, but if you are into those medieval political backstabbing shows on those fancy network channels then this is right up your alley. 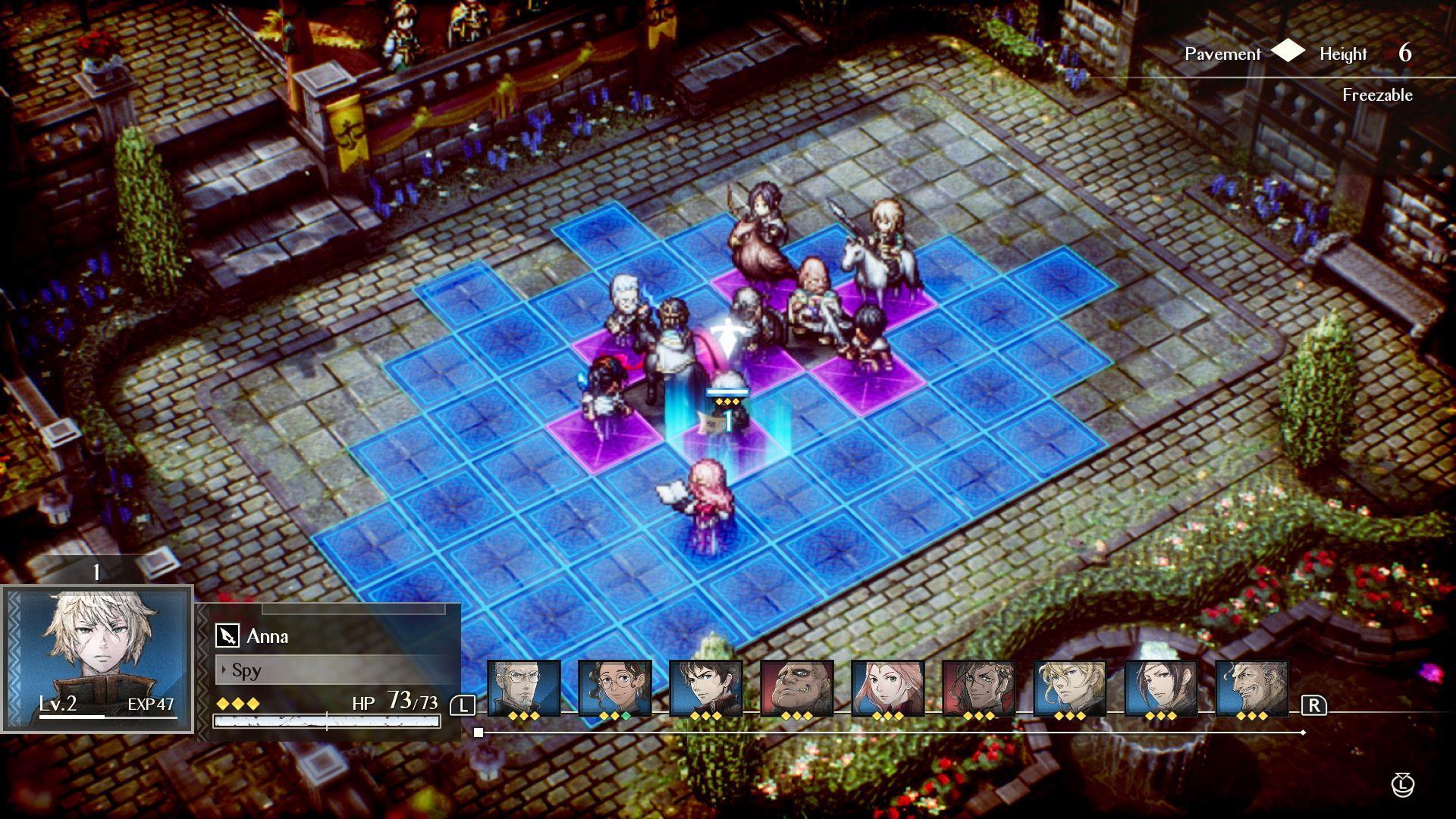 This is still a tactics style game. Once the game starts to become more battle heavy, the real fun begins. Combat plays out similarly enough to other tactics games that there isn’t much of a surprise here. But as I got further in the campaign I found myself being surprised by how interesting and unique the battles felt. No one fight ever felt like another one. While the story is the main focus the developer wanted to highlight, I fell in love with the combat. Fighting never becomes so intricate that I don’t feel smart enough to figure out how to win my fights, but it doesn’t feel like I’m handed victory without trying to outsmart the enemy. 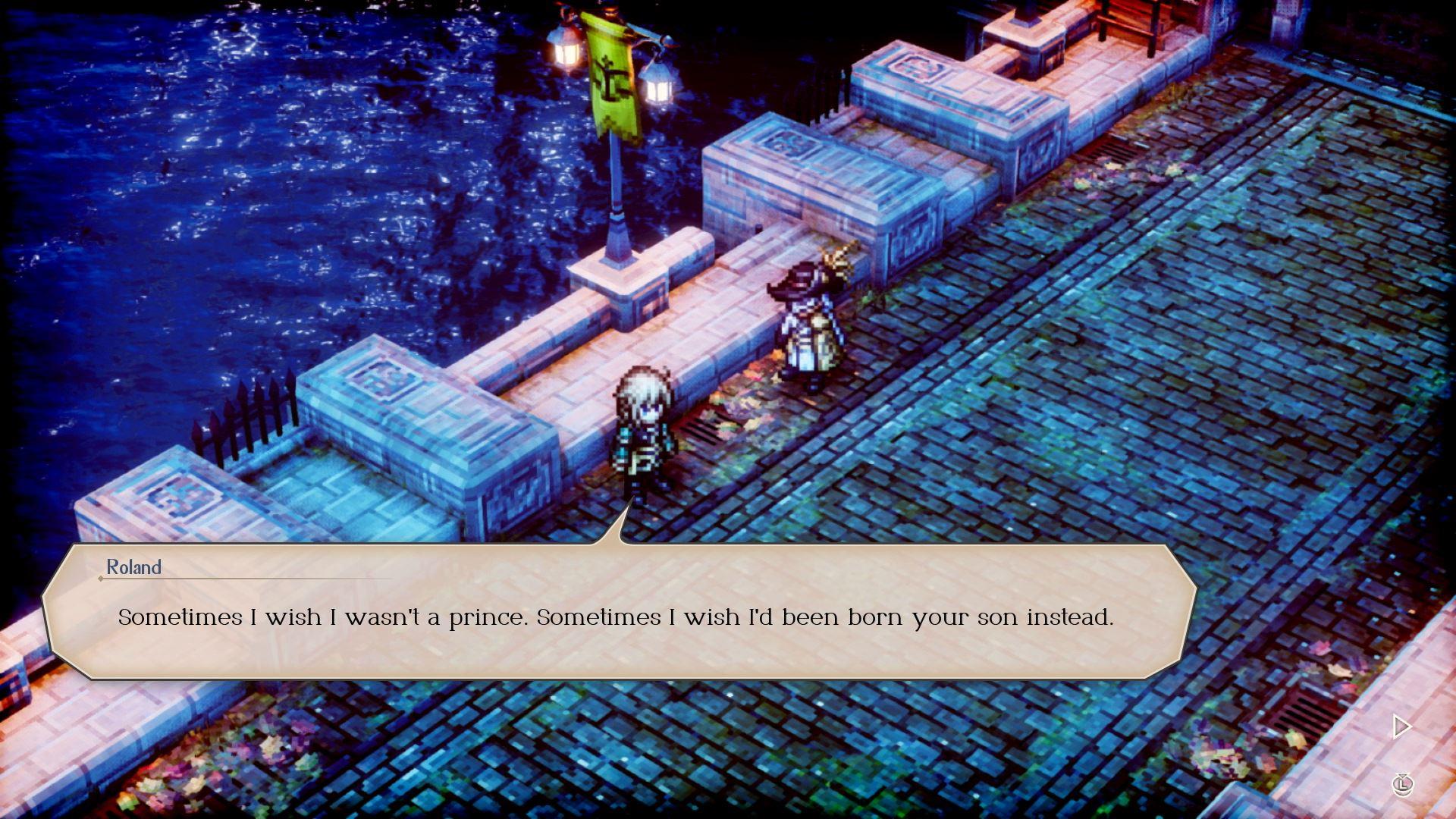 There is no class system to the game, each of your characters was designed as a unique person to be played a specific way. Your rogue is always a rogue, same with your healer, or tank. The characters fit the class they start out as and don't venture outside of that persona. While I usually love to have my characters go from class to class, until I find what I like, I never felt like I was missing out on that element of gameplay with Triangle Strategy.

The final important gameplay element is the Conviction system. Throughout the game you make choices in dialogue, never really knowing how that choice affects your character, just knowing it has changed their core beliefs in some way. I think I was making the right choice, but perhaps some in my party think I chose the easy way out, or the selfish one. When it comes time to make a decision that affects where the story goes your character relies on his party to cast votes, the majority wins. You can try to persuade them before they vote, sometimes it works, sometimes it doesn’t.

Your choices affect the story and potential outcome, and as such Triangle Strategy has a lot of replay value. Luckily it comes with the popular New Game+ mode, letting everything you have carry over if you want to start over again and make completely different choices. 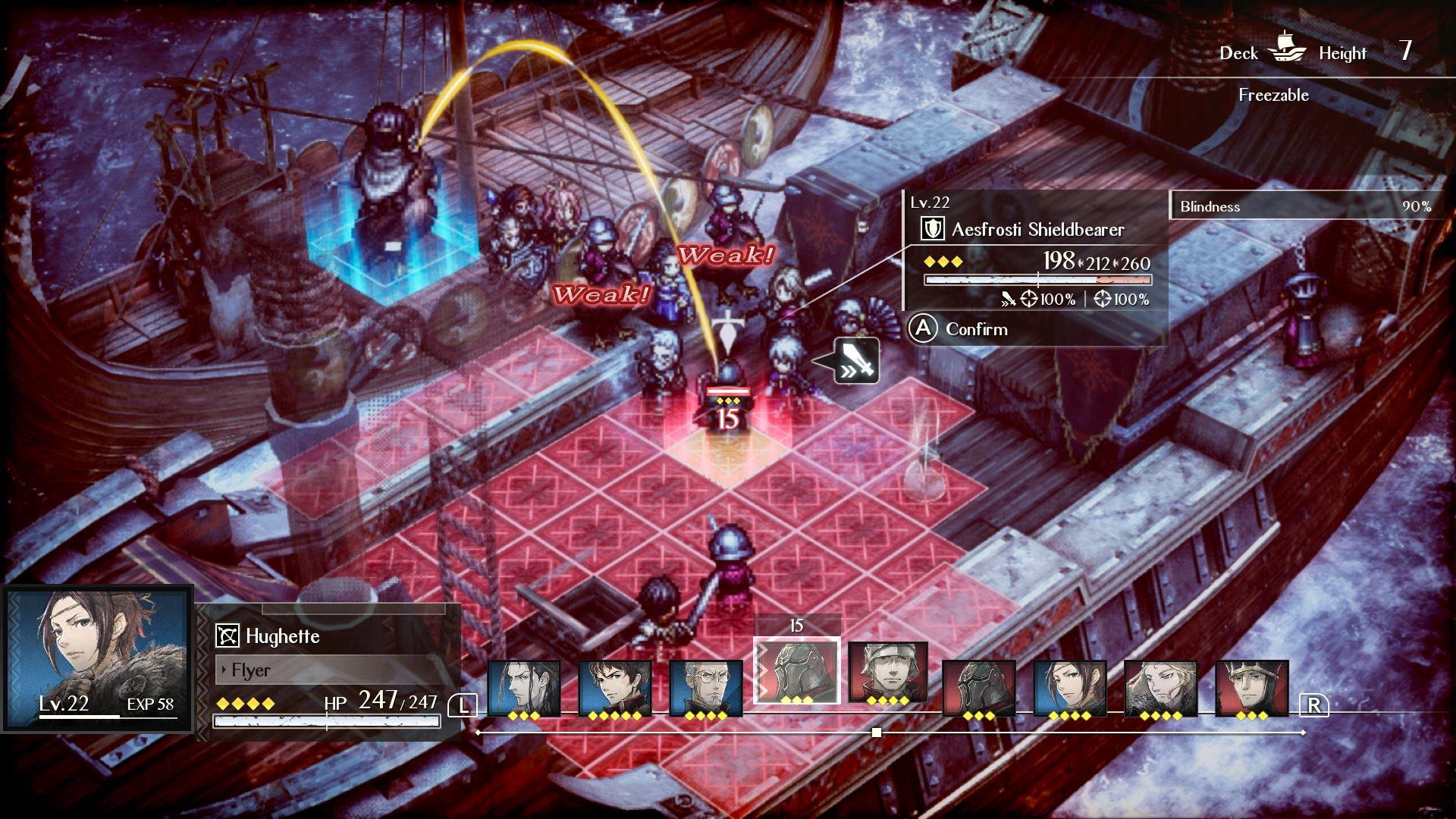 The tactics gameplay is phenomenal. It is everything I want in a tactics fighting game. Maps are fun, the turn based combat flows better than most tactics games. The story in Triangle Strategy is great too, but requires a lot of attention. In the beginning I was not into the story, I just wanted to fight. I slowly became engulfed in the political intrigue, but it had to work to win me over. Once I was invested in the story of my characters the fighting begins in earnest, and I started to look forward to seeing where the plot went next, and that's where Triangle Strategy finally clicks and begins to shine.

The first handful of gameplay hours are working against Triangle Strategy. Not a lot of combat, characters that you don’t care about yet doing things that are not very interesting. However, there is an excellent game, with a fascinating story to experience, hiding behind all of that initial content. You have to learn about the world you are dropped into before you can have the ride of your life, if that’s not of interest then look elsewhere. It’s hard to say just play the first four hours, if you’re not hooked by then you’ll never be, but it’s the truth.