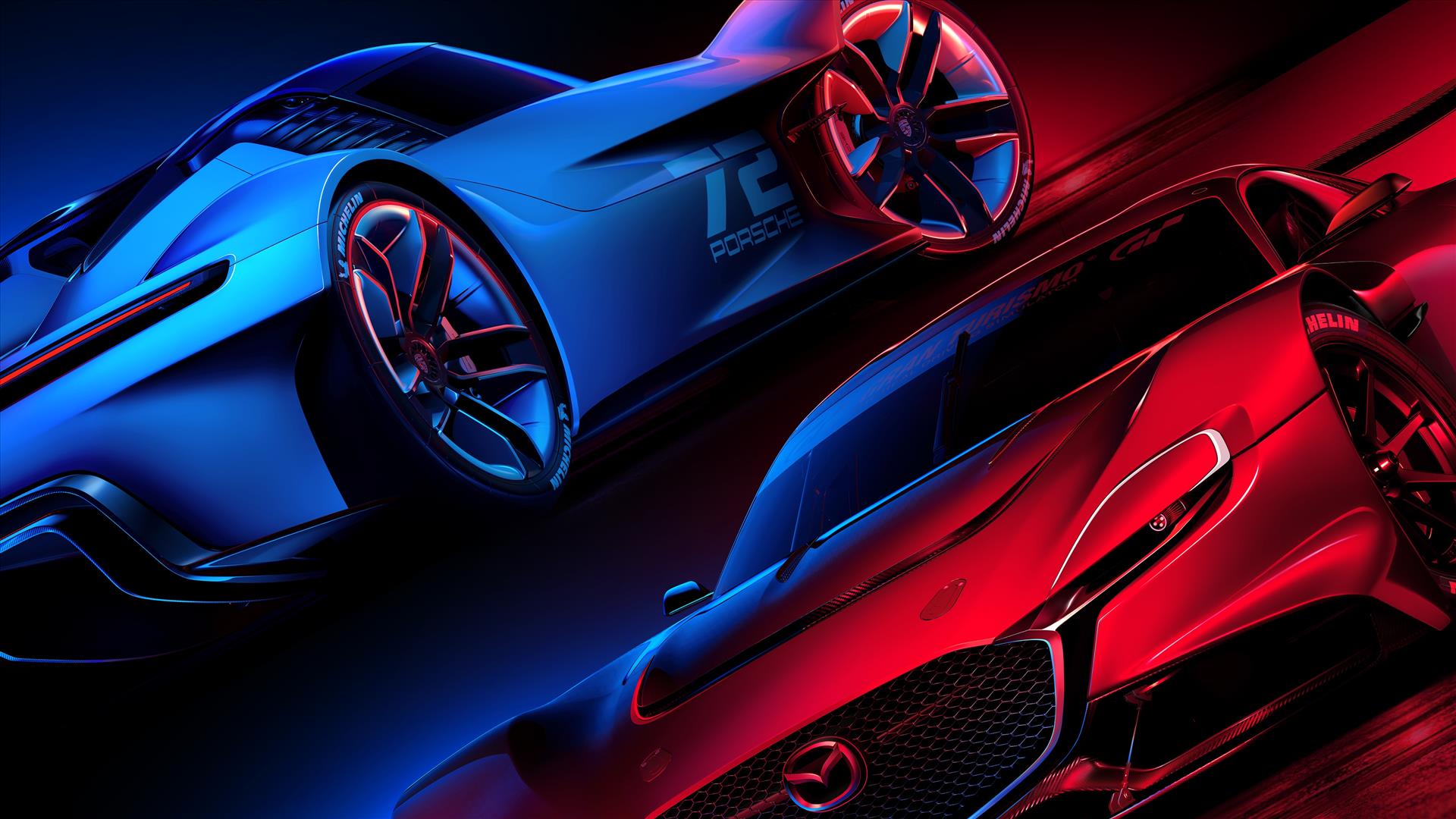 Car lovers rejoice: the next main entry in the Gran Turismo franchise is finally here, after several Covid-19 related setbacks. Not counting Gran Turismo Sport, which was released in 2017, the last Gran Turismo was released back in 2013, almost a decade ago. This is also the 25 year anniversary of the original Gran Turismo, which came out back in 1997. It’s sad that we don’t see many realistic racing games nowadays aside from the Forza Horizon franchise, as the genre has become niche, but director Kazunori Yamauchi promises that this will be “a paradise that celebrates car culture”.

At its core, Gran Turismo 7 is a driving simulator game. You buy cars, race cars, collect better cars, tune cars, repeat. In the main campaign mode, you’re a rookie with a humble Honda Fit or similar car, making your way through multiple races and locations to make it to the big leagues. Along the way, you meet several characters and get introduced to all the different hubs located in the GT world, including the used car dealership and cafe, where you take on missions to progress the campaign. The developers do a great job easing you with the different components of the game, so I never felt  overwhelmed and confused about what I had to do next. GT7 takes you across 90 tracks and 34 locations throughout North America, Europe, Asia, and Oceania. 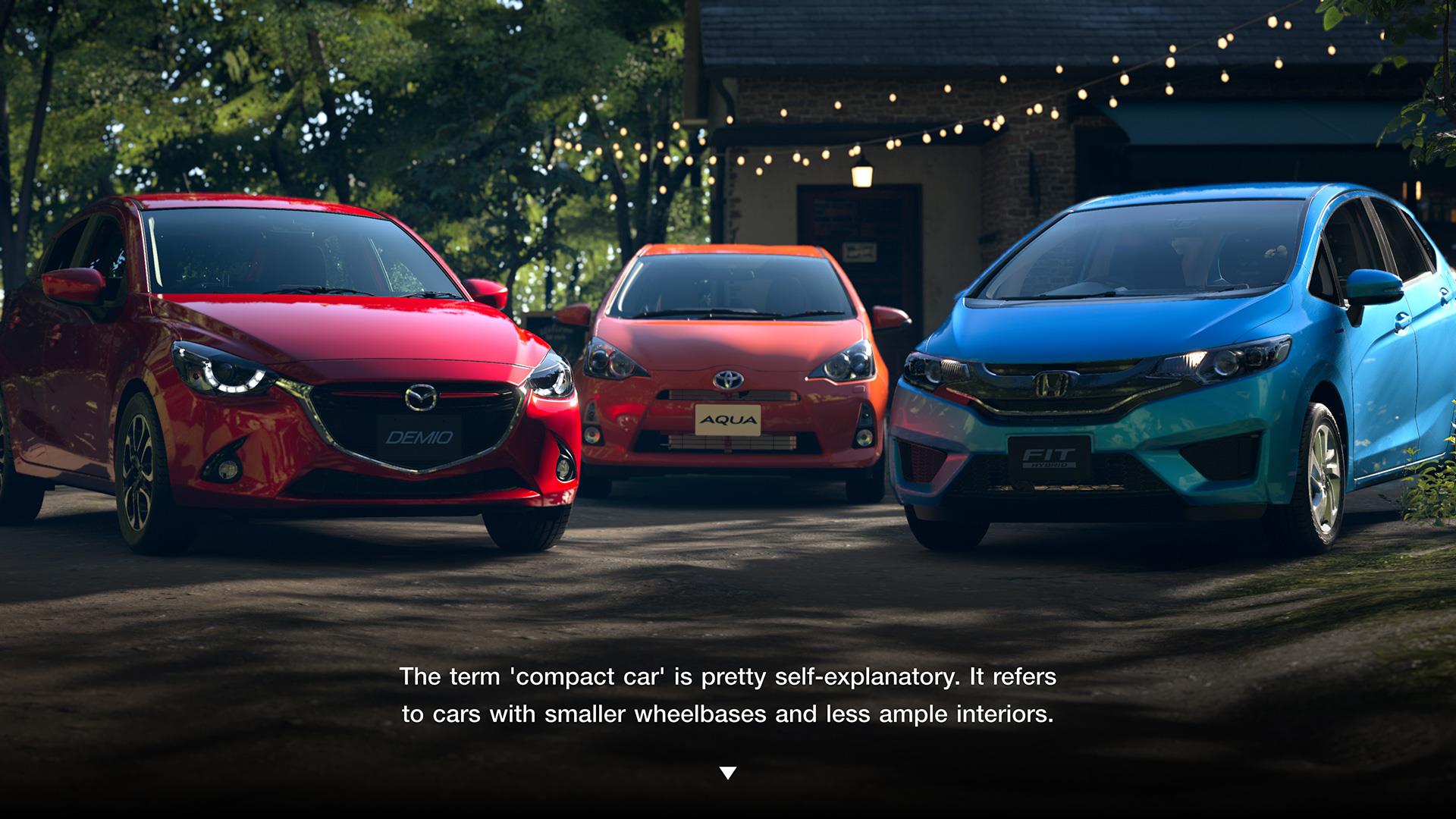 It doesn’t take long to be completely blown away by the graphical fidelity of Gran Turismo 7. The developers have managed to perfectly create a photo-realistic world that sometimes crosses the line between real life and not. The visual detail transcends more than just the features on each car, extending throughout the entire game world, including the clouds in the sky, trees on the side of a road, and the raindrops on your windshield. There are two modes offered on the PlayStation 5: ray tracing mode with 4k graphics or frame rate mode that prioritizes performance and 60 fps. Even without ray tracing, the game looks absolutely spectacular, showcasing all the details inside and outside of a car’s cabin, depending on your field of view when driving. Scapes mode is sort of like the photo mode in GT7, featuring over 2000 real-world locations at which you can take pictures of your hard earned cars.

Gran Turismo 7 is a treasure trove for car lovers, and boasts a staggering collection of over 400 cars, ranging from historical models to modern day behemoths. Every time you finish a championship race or car collection, you get a brief lesson on the history of the car. As a car enthusiast myself, I found myself learning some genuinely interesting facts about manufacturers. This is an excellent attention to detail that not only immerses you into the world of cars, but teaches you important anecdotes about them too. Unfortunately, given that this is a game being released in 2022, many of the cars featured in the game are quite outdated - and I don't mean that in a "historic vehicles" way. For example, the only Tesla featured in the game is a 2012 Model S, and the Model 3 and Model S Plaid or Roadster are nowhere to be seen. 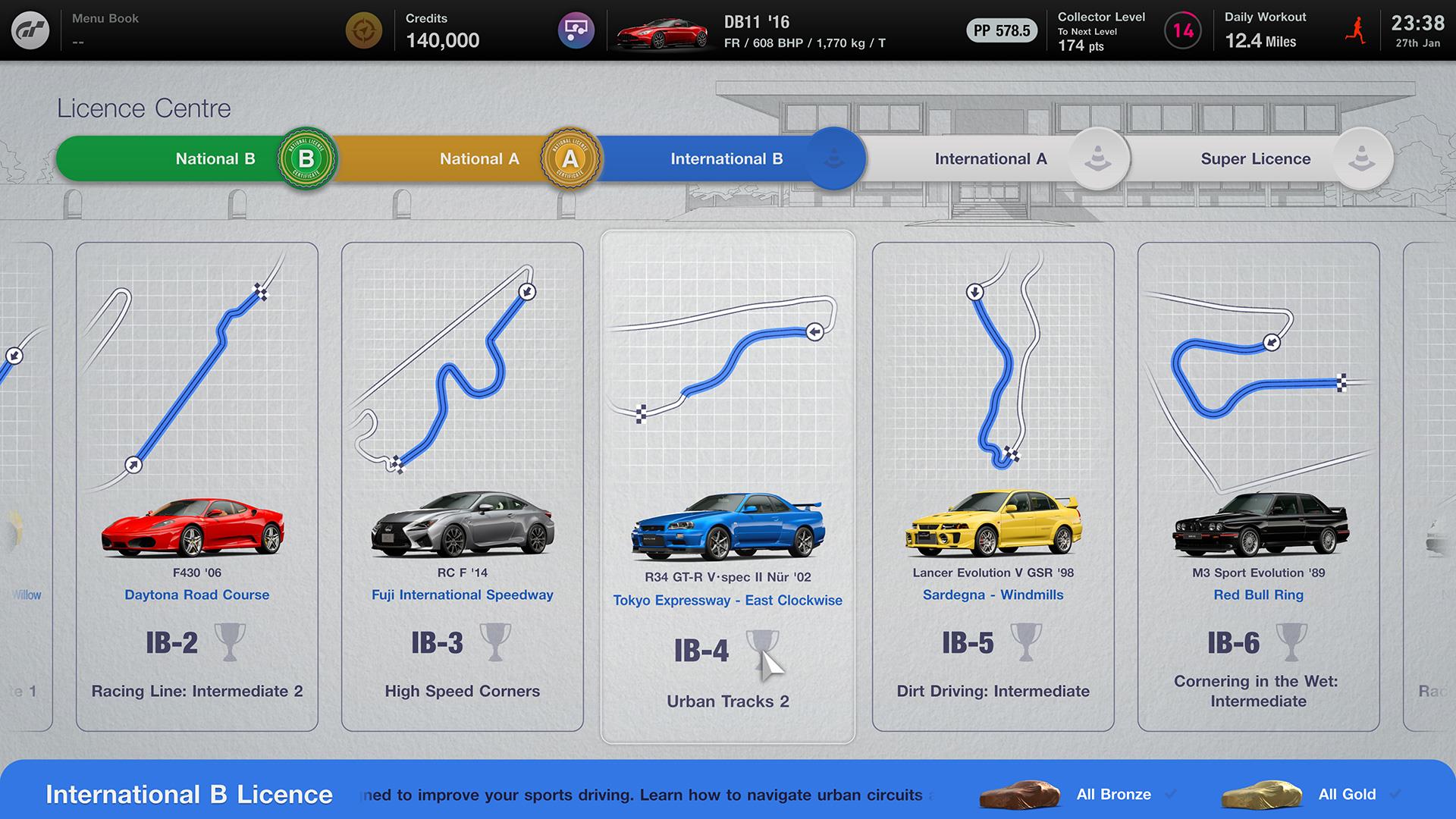 Polyphony Digital did an exemplary job with the physics and realism of car racing. Every vehicle drives uniquely, even more so in different track and weather conditions. Acceleration and braking are vastly dissimilar on each car, and thus require separate timings and inputs to glide through the same corner or section of a track. Understanding the feel of each car and the momentum on the track is pivotal to becoming the next Gran Tursimo champion. I don’t have a gaming race wheel, so I played this with the DualSense controller. Haptic feedback and adaptive triggers do a great job of allowing you to feel the drag on your wheels through a tight turn. It was a somewhat interesting design choice to not feature any damage on the car should you crash into a barrier or another car, and that choice definitely breaks the immersion of being a real car driving simulator.

Racing is what you would expect it to be, where each race has a suggested performance point value so you get a good idea of how competitive your car needs to be. Much like previous Gran Turismo titles, you start off each race at the back of the pack instead of every car starting at the same time. The AI featured in this game has vastly improved from previous iterations, and is much more competitive in harder difficulties. The recent announcement of the superhuman AI GT Sophy will be added into GT7 in a future update, and will no doubt prove to be an even more elite adversary for players. 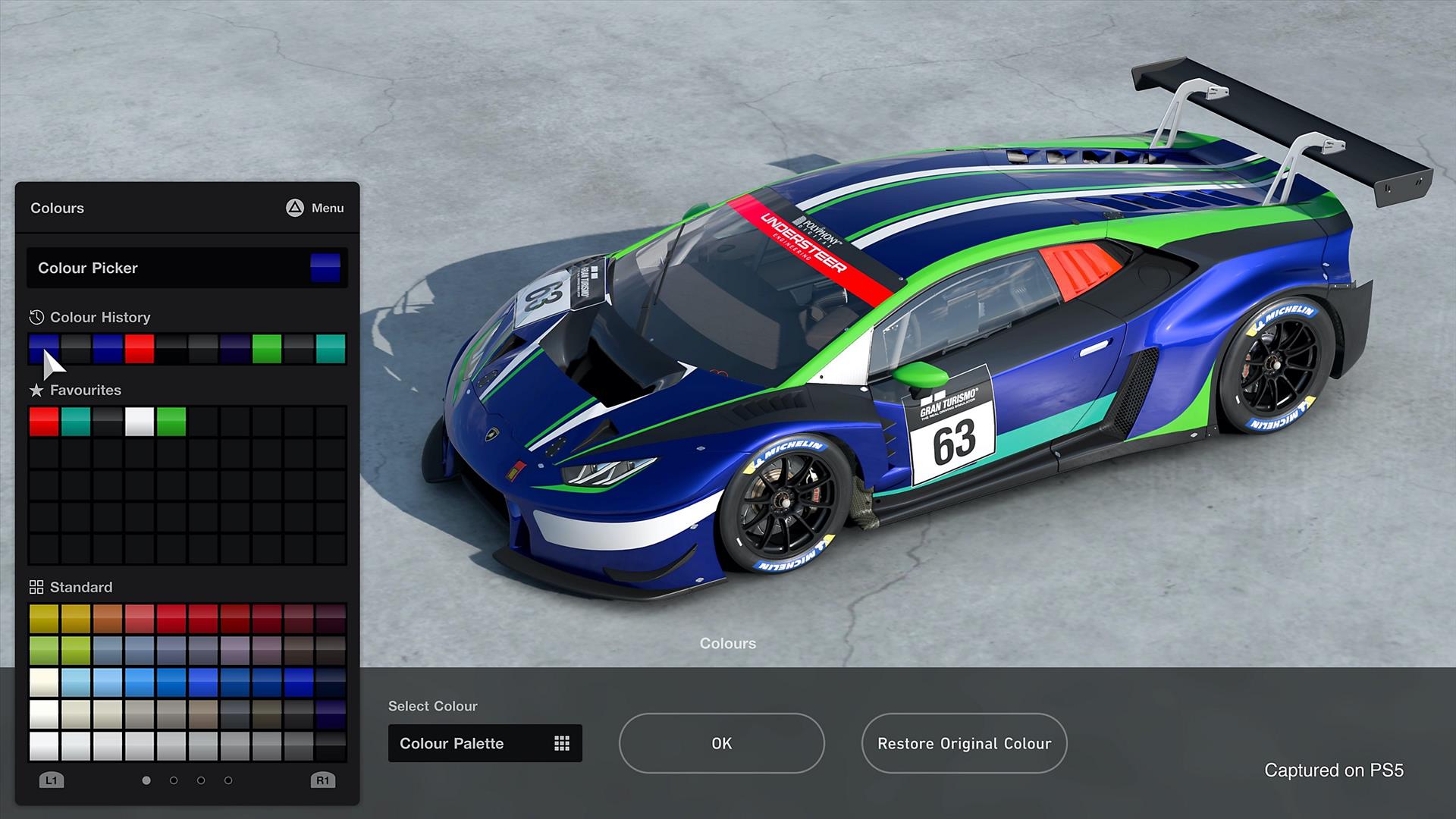 License tests are a separate mode that serves as a tutorial to different driving techniques, including the basics of braking, cornering, off-roading, or dynamic weather. This mode is gently immersed in the campaign as you cannot progress unless you pass the license test for the next tier of vehicles. Passing each test requires you to beat it within a certain time and to stay within the boundaries of the track. This mode also lets you dabble into multiple different vehicles, so you can get a taste of what you want to purchase next. This mode is hard! I am definitely a driving simulator beginner, and found myself pressing the retry button more times than I would like to admit.

Other modes include driving challenges and the Music Rally, where you are tasked to drive fast enough to keep up with the remainder of the playing song. You start off with a set number of remaining seconds and driving through designated checkpoints will increase the timer and thus allow you to finish the song. The entire track list of songs is a tad bit disappointing due to it being on the shorter end. It’s a weird but nice distraction and break from the campaign, but definitely does not draw too much attention from the main game. Aside from the lacking and forgettable soundtrack, there is also a lack of voice acting in this game. All of the dialogue exchanged between menus is presented like a visual novel, with no voice to accompany any of it. For a triple A title, this is the least I expected. 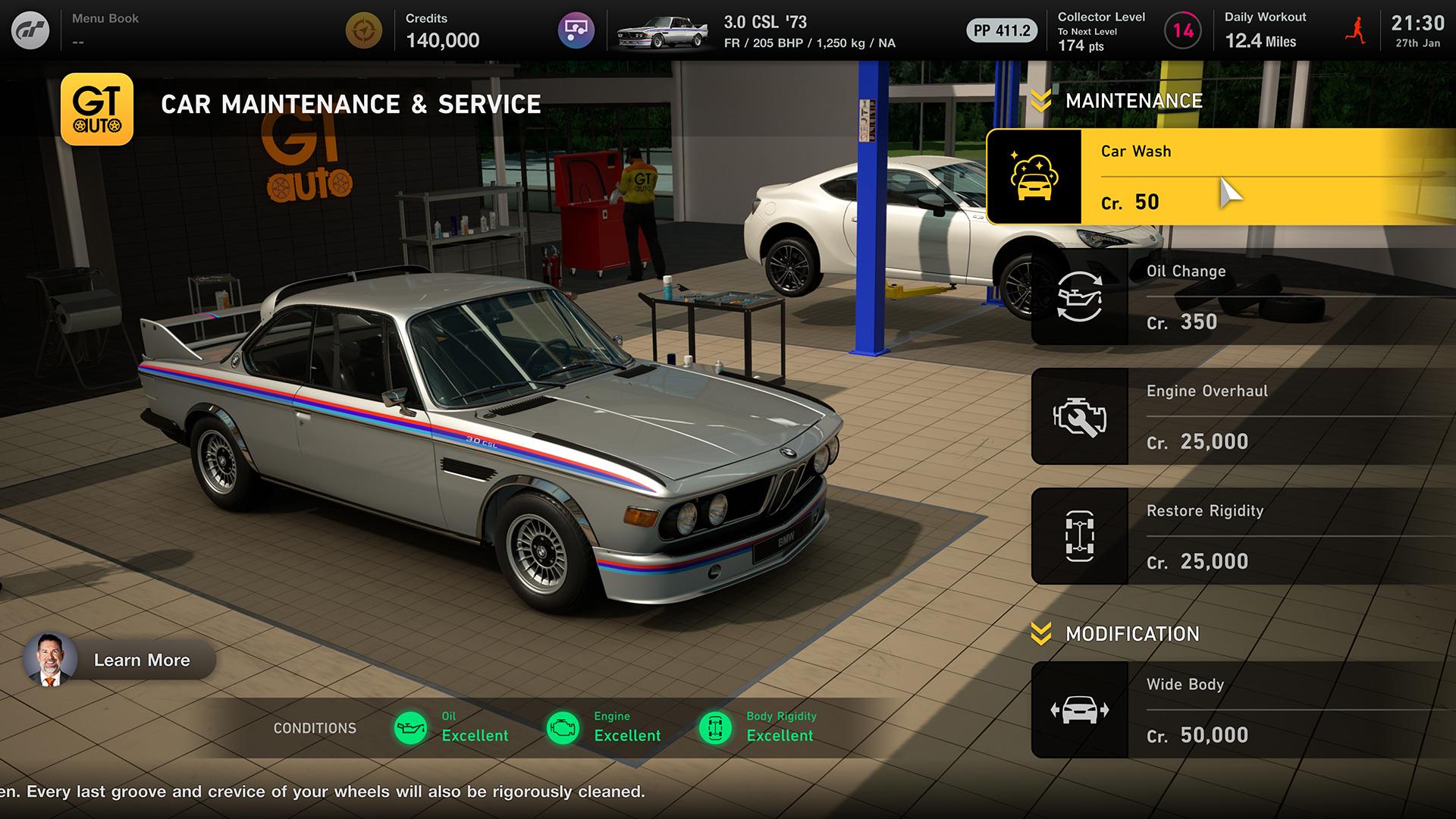 Gran Turismo 7 is probably the best driving simulator out there, for veterans and newcomers alike. Not only does it look perceptibly excellent and have concise and tight controls, the game also boasts a staggering amount of content, in terms of cars, tracks, locations, customization, and game modes. While it does have some odd design choices and quality of life concerns, the grandeur of GT 7 will surely captivate anyone that lays eyes on this virtual car driving masterpiece. It truly is the car lover’s paradise.

Kazunori Yamauchi wasn’t lying when he promised a paradise that celebrated car culture. Gran Turismo 7 is undoubtedly the most immersive driving sim out there today. It celebrates the series' rich history from 1997 and brings many new additions into the formula. For all fans, from those who just want to drive some cool looking cars to those who are die-hard competitive racers, this game has got something for you.