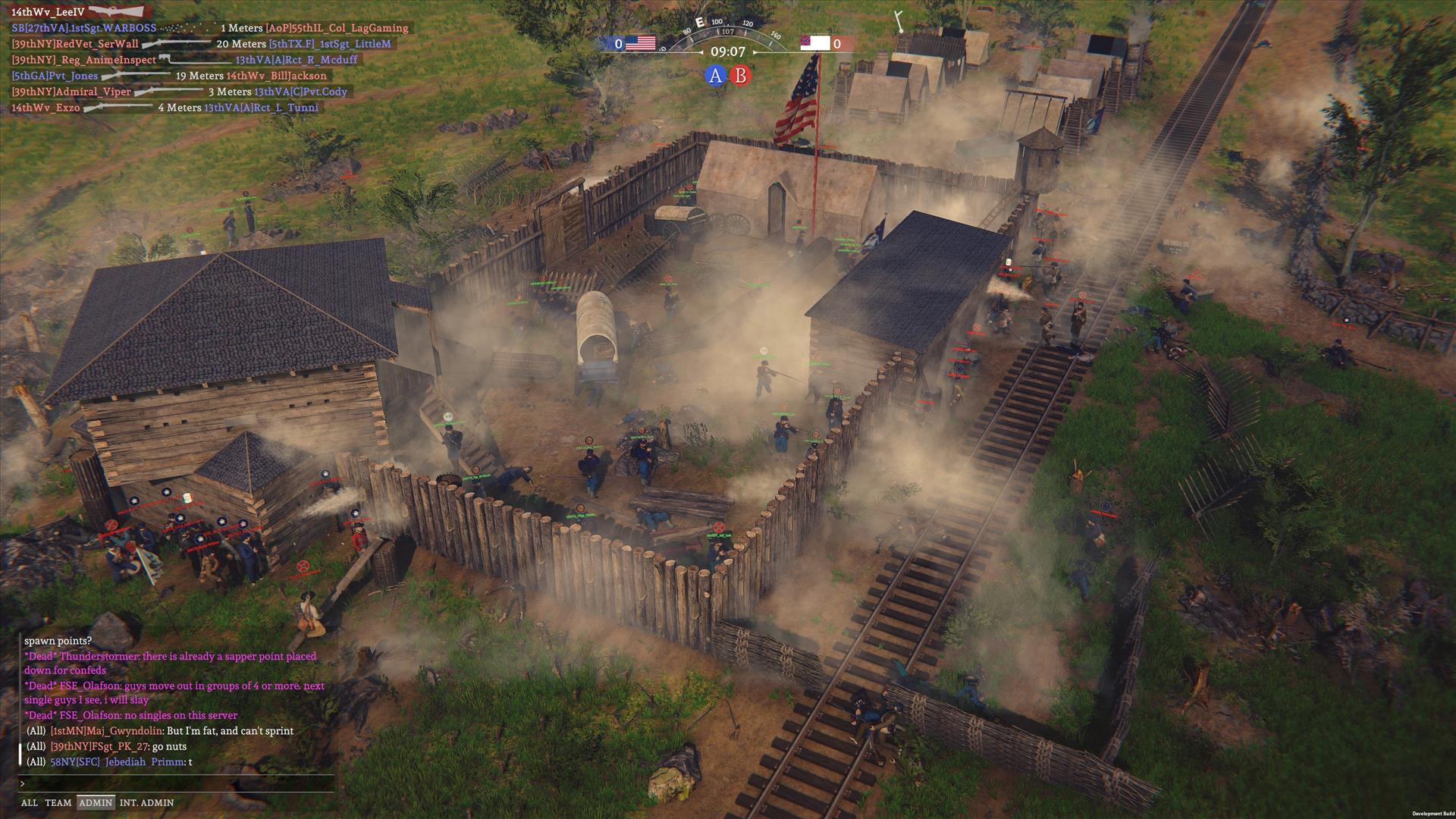 Written by Elliot Hilderbrand on 3/3/2022 for PC
More On: Battle Cry of Freedom

I wasn’t drawn to Battle Cry of Freedom because of its looks. If anything you could argue the graphics of the game are a turnoff for someone looking for a top notch shooter. Graphics are not the game's strong suit. Neither is showing you how to actually play the game. But if you can be patient with learning the ropes, then once everything clicks it’s easy to have fun. While I enjoyed the game, a number of issues prevent it from shining. 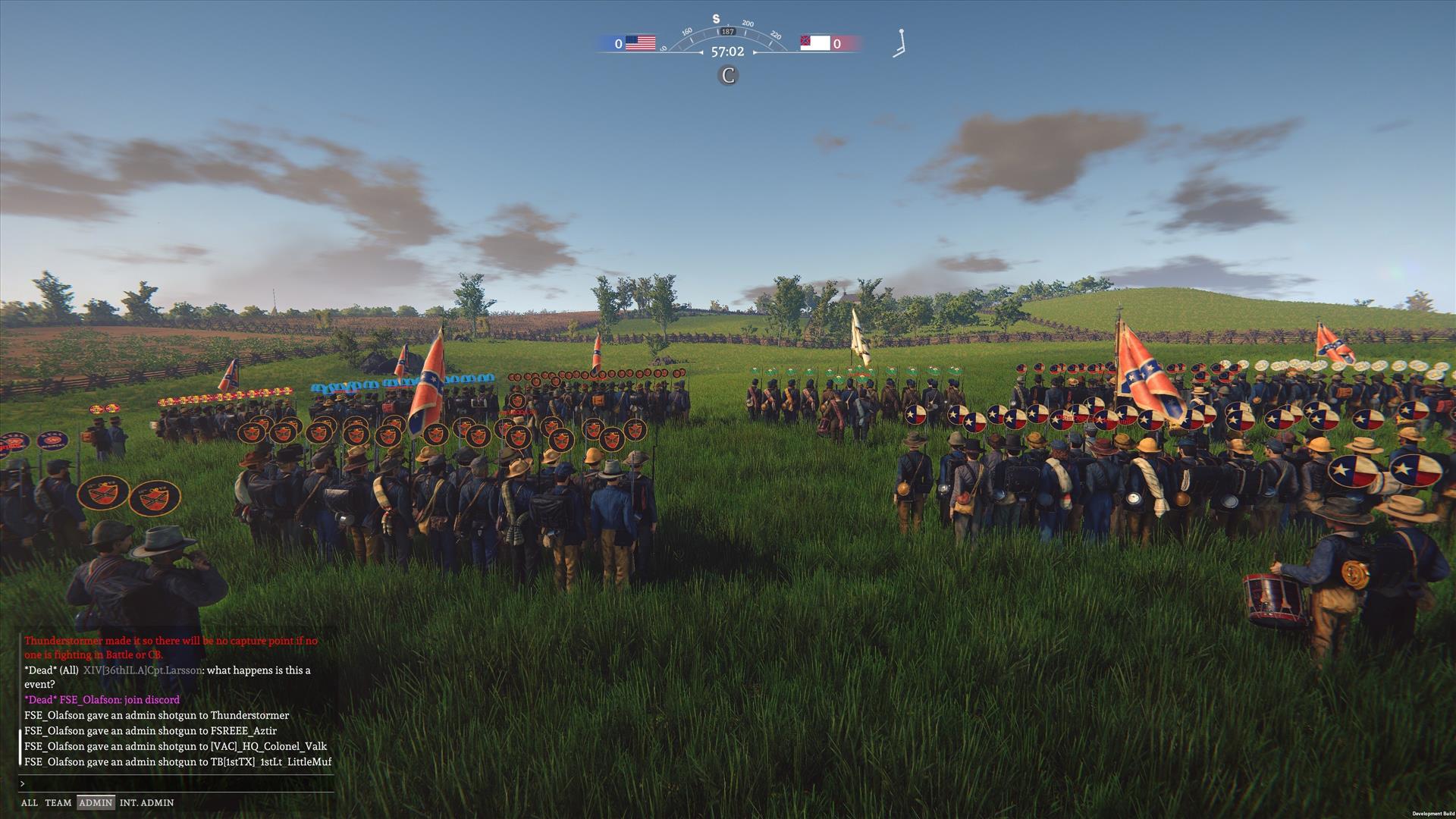 The first issue was simply trying to learn to play the game. There are no tutorials for anything. Battle Cry of Freedom walks you through making a character, although only giving you a few pointers, and that’s about it. After that you’re dumped to the main menu where you can easily find a game. Finding a game wasn’t an issue, but early on I had no idea what kind of battle I wanted to play in, or what the rules were. I sorted game sessions by the amount of people playing, wanting to experience the game as it was intended, a 500 player epic civil war era battle. 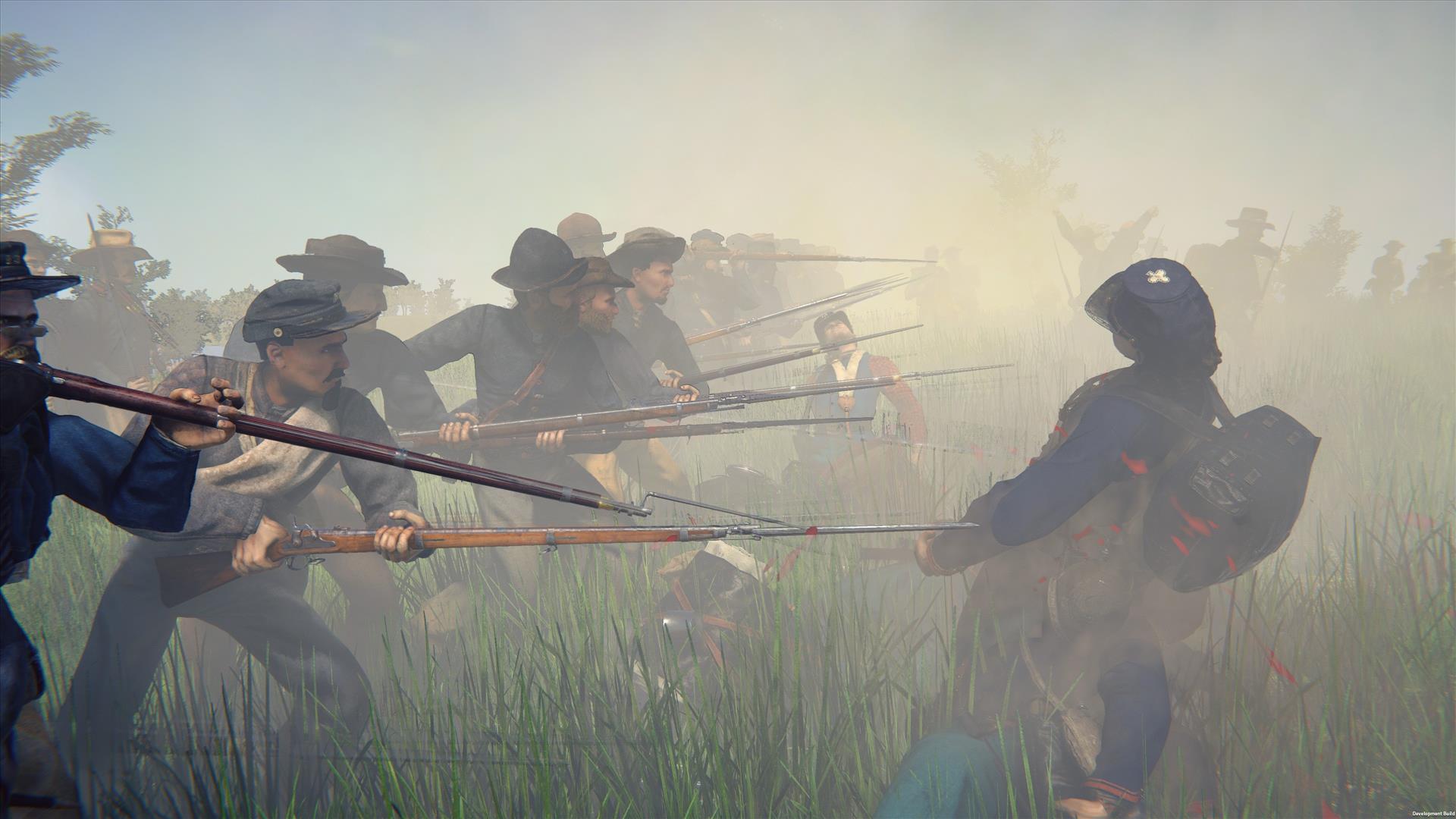 The moment you get into your first game the music begins to blare. Some old timey, folk, country something or other is being screamed at you. It’s completely off-putting, and I scrambled to not get immediately shot while trying to switch the music off. I never put the music back on to see what else the game had to offer in that category, one loud song about freedom was enough to get an understanding of what it was trying to say.

Once I was in a game - music free - I intuitively understood most of the basic controls. I know how to move and shoot, those don’t really change from shooter to shooter. But using the bayonet on my rifle was impossible. The keybinds show me what button should be used to attack, but Battle Cry of Freedom fails to mention I need to press the X button to switch to melee mode before I can do that. The game also allows you to change classes mid-battle, but again it’s not as easy as it seems. 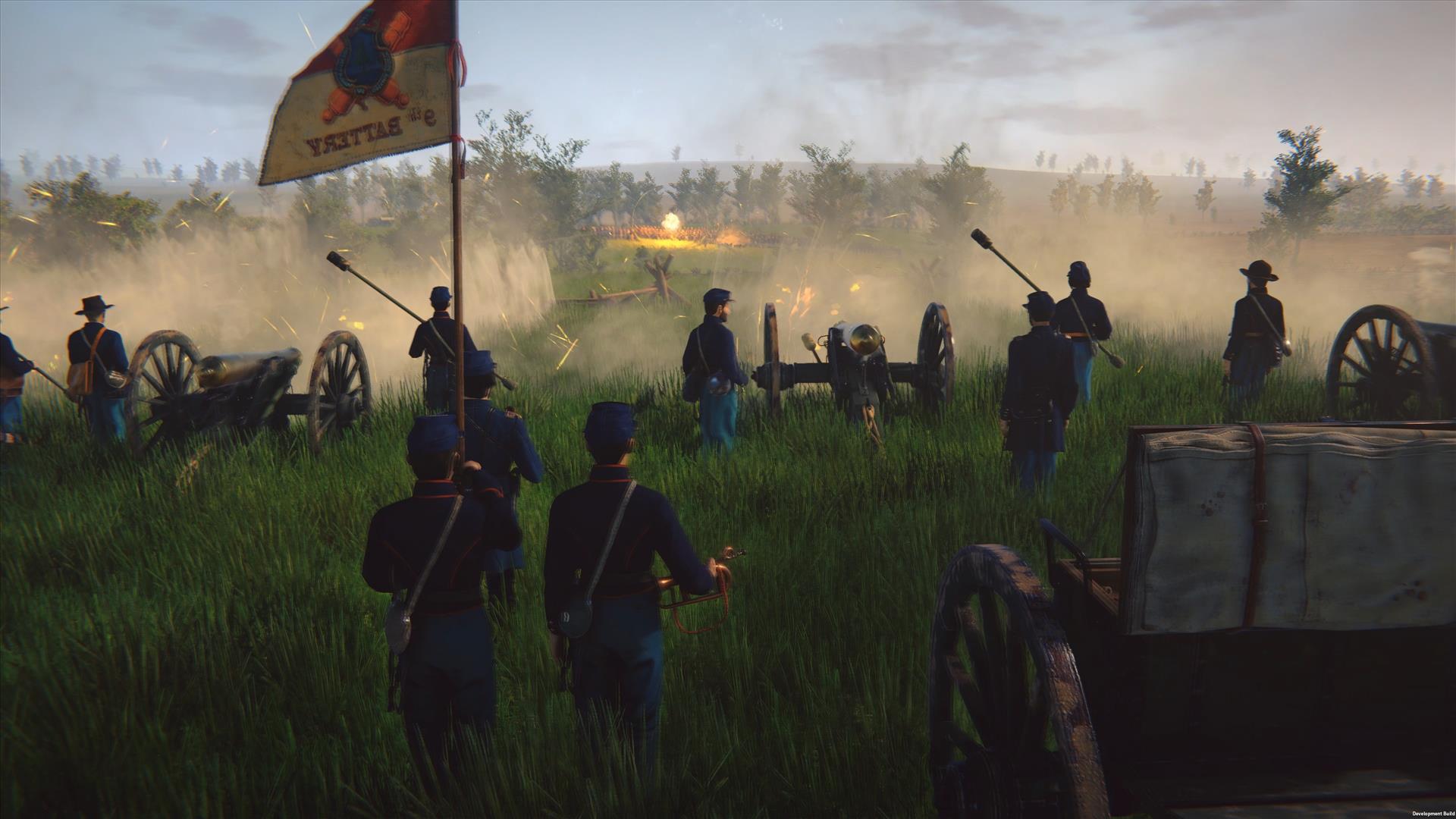 Luckily the community was very helpful with teaching others how to do certain tasks. Often when I had a question I could just type it into the chat window and someone always answered me. I found questions other people had that I hadn’t even thought also came in handy with learning the ropes.

While there is no hand holding about playing, there’s also no explanation of combat. It’s us vs them, of course, but the flow, how to be successful, you have to play to understand. Battle Cry of Freedom is not your typical shooter. The game can be played in first or third person, I found a mix of the two worked best. I always shot in first person, and did any melee in third, making it easier to win.

The flow of combat is much slower than any shooter I’ve ever played; hell, it has to be. Reloading can take up to 20 seconds with some weapons. A lot can, and does, happen in 20 seconds. This makes every shot count. You need to know how to shoot, and when. Early on I found I was mostly blind shooting, because that's how I’ve played shooters before I “knew” what I was doing. I didn’t think to take off my bayonet so my aim would be better. I didn’t think of hiding behind a tree, raising my gun, then walking around the tree to fire, before going back behind the tree, kneeling down to make a smaller target, and then reload my weapon. But as you play you watch, and listen to people. 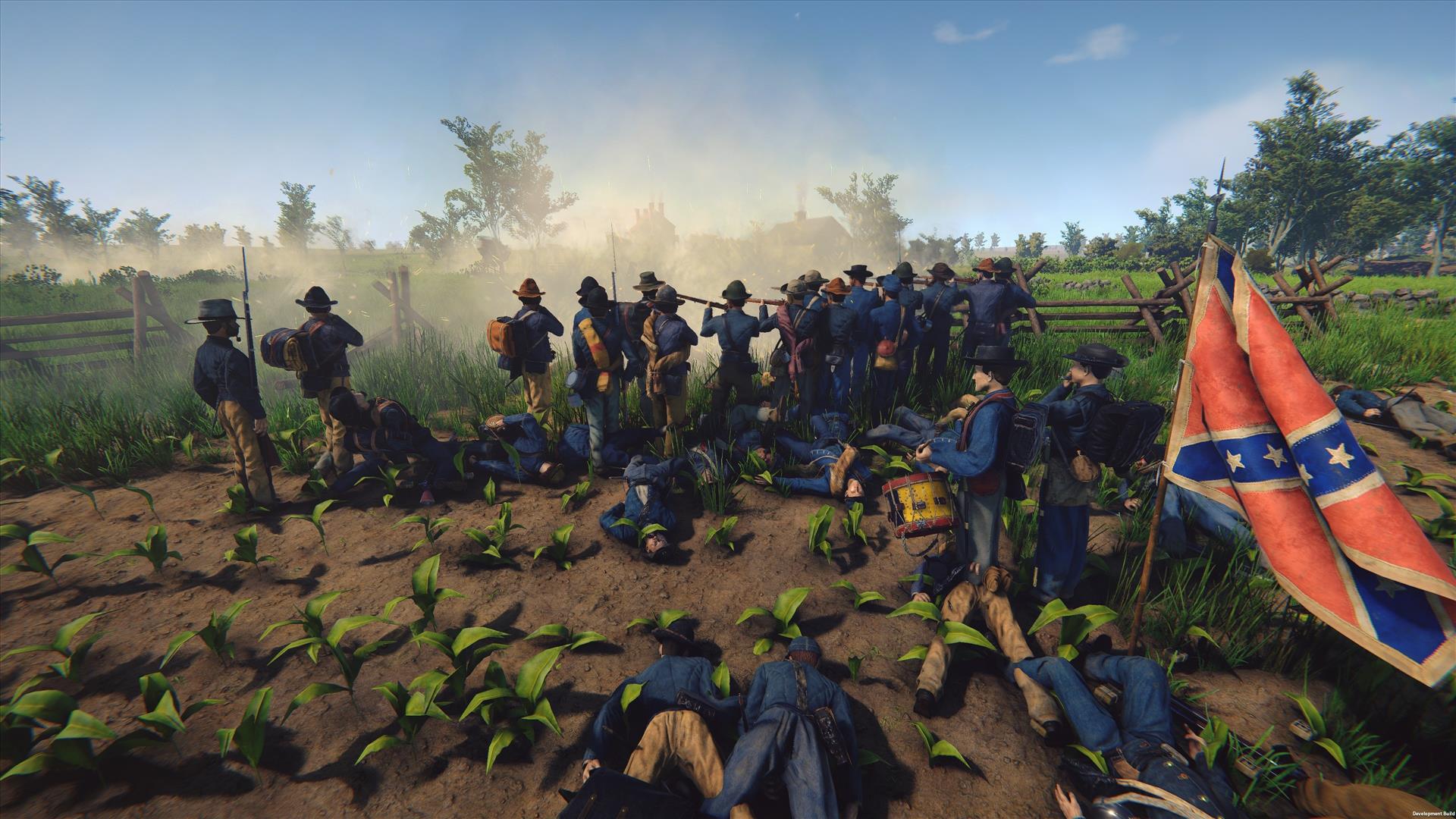 Listening to people is key. Someone has to take charge and decide what the group needs to do. I haven’t played many big battler style games, but this one boasts up to 500 players per match. It was easy to find a giant match that had more than 475 people playing. With that many people playing, the game will never be won by a single person. Just like voting, one person won’t make that much of a difference. Matches that were won happened because the team moved as a group. In fact, treating the battles like civil wars battles I’ve seen in shows typically yielded the best results. You can not run and gun and expect to win. 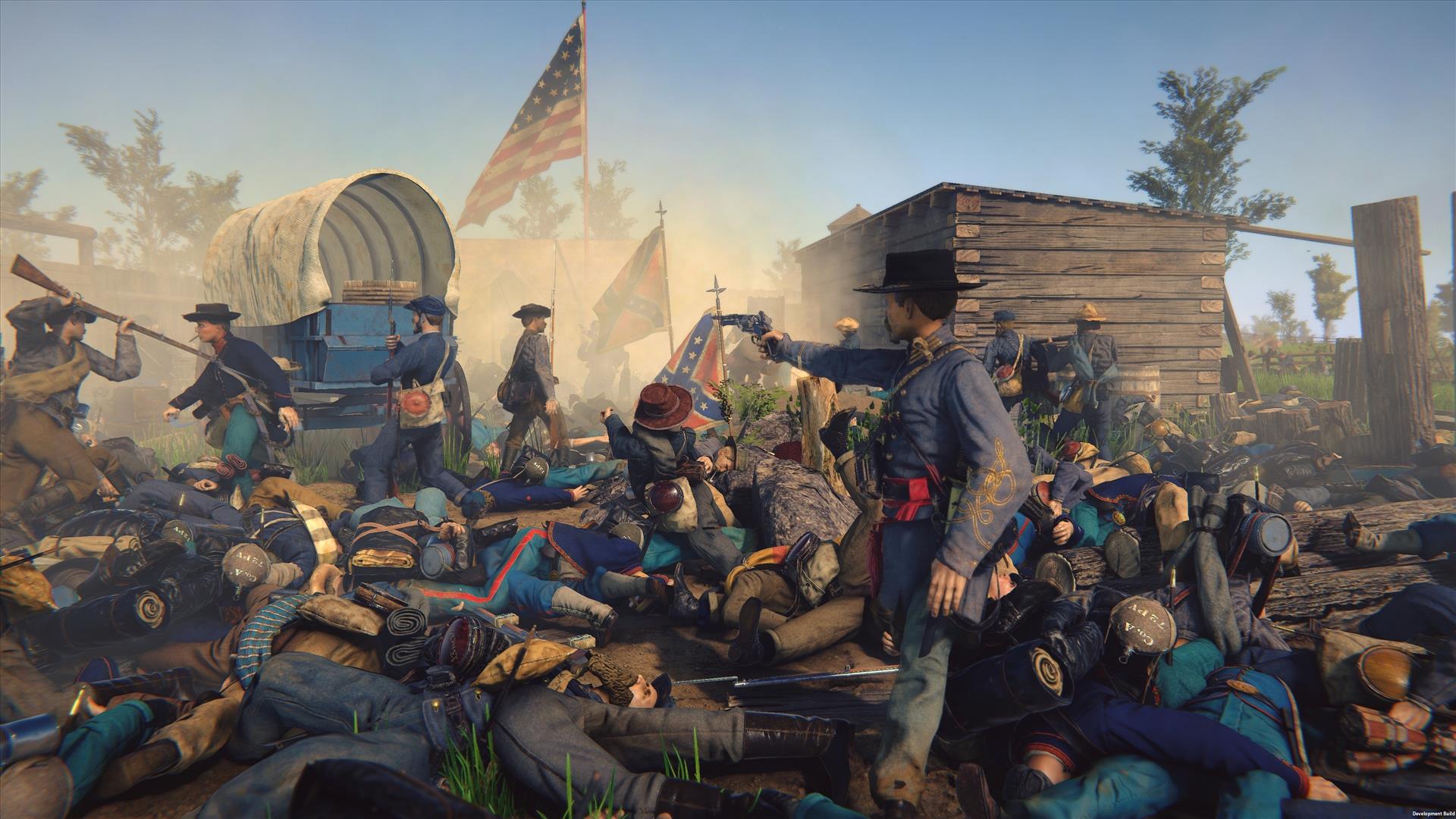 Once I understood all of this the game started to click for me. But getting there took time. It didn’t happen on the first night of playing. In fact it was the opposite. I struggled to have any meaningful matches in which I didn’t just die again, and again. But on my second, or even third evening of playing, Battle Cry of Freedom was starting to come together. Saving all my energy to sprint until I came to an open field, listening to teammates when they suggested all charging in, knowing all the keybinds; these are the things that finally made the game fun. 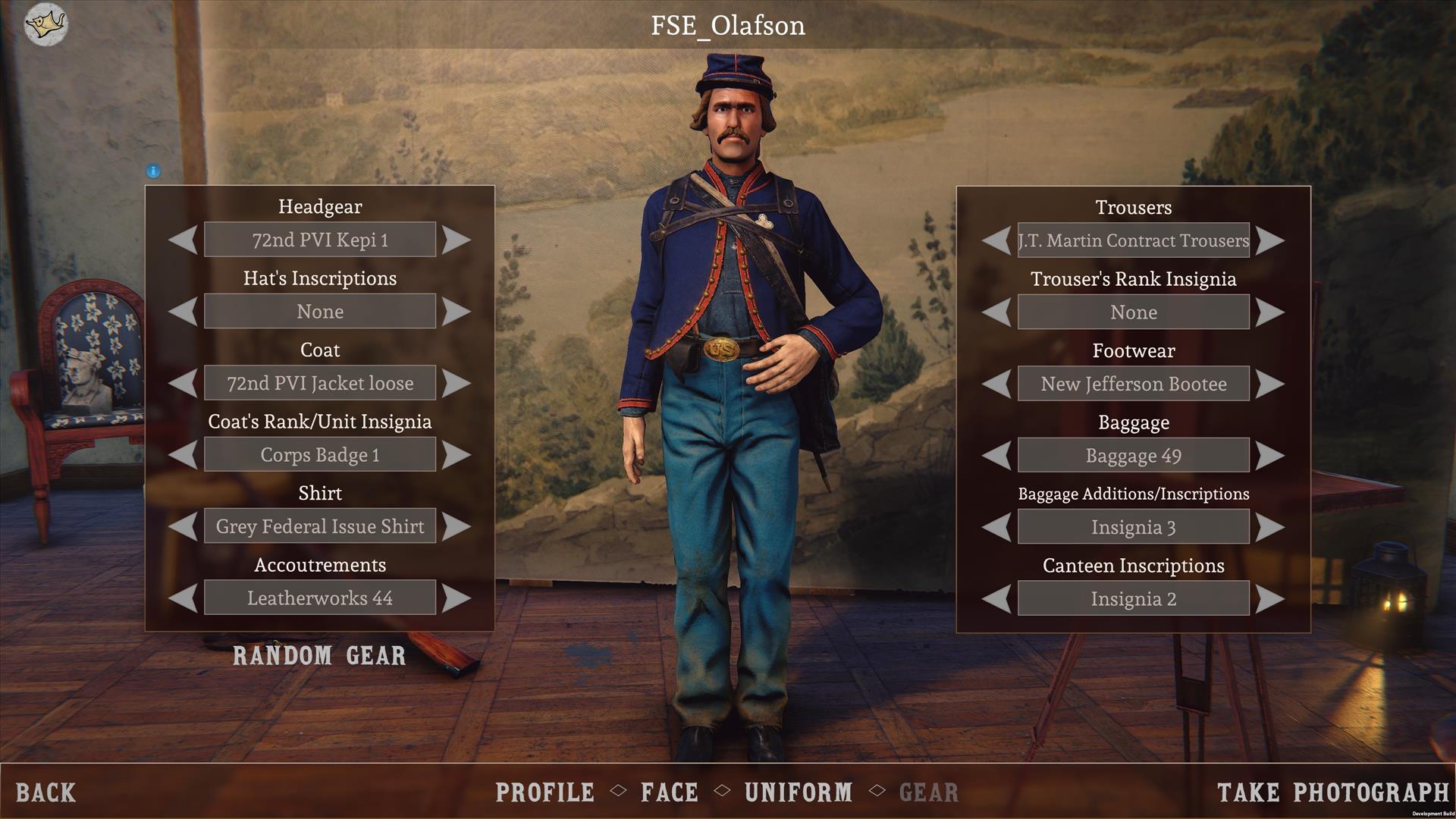 I had finally started to have fun playing Battle Cry of Freedom, but now we have to talk about the biggest hurdle this game has. The problem is that this is a game about the civil war, north and south, union vs confederacy. In Battle Cry of Freedom you can choose which side you want to play as. And while the developer Flying Squirrel Entertainment certainly did not put anything overtly racist in this game, there is still plenty of racism to find.

Everyone in the game has the option to talk, and if you are standing near someone in game you can hear what they say. There was not a single match where something wasn't uttered by someone in game that should not have been uttered. Words and phrases that are more than taboo are being openly spoken in-game. On occasion someone will speak up and say something about the nonsense, but they are usually hushed or drowned out by many others telling them to calm down, it’s just a game. This was something I noticed from the very first time I played

To say this is a touchy subject is an understatement. You can mute the entire voice chat, which I did. But that also makes playing the game harder as you can’t hear what team mates are planning on doing, relying on the text chat as your only guidance. This takes away from a game that has taken ten years to develop by people I’m sure put blood sweat and tears into to bring to the public. No developer asks for a toxic community to develop, but it does happen. I’m honestly not sure what the right words are to say about an issue like this, other than of course this shouldn’t be something that is an issue. 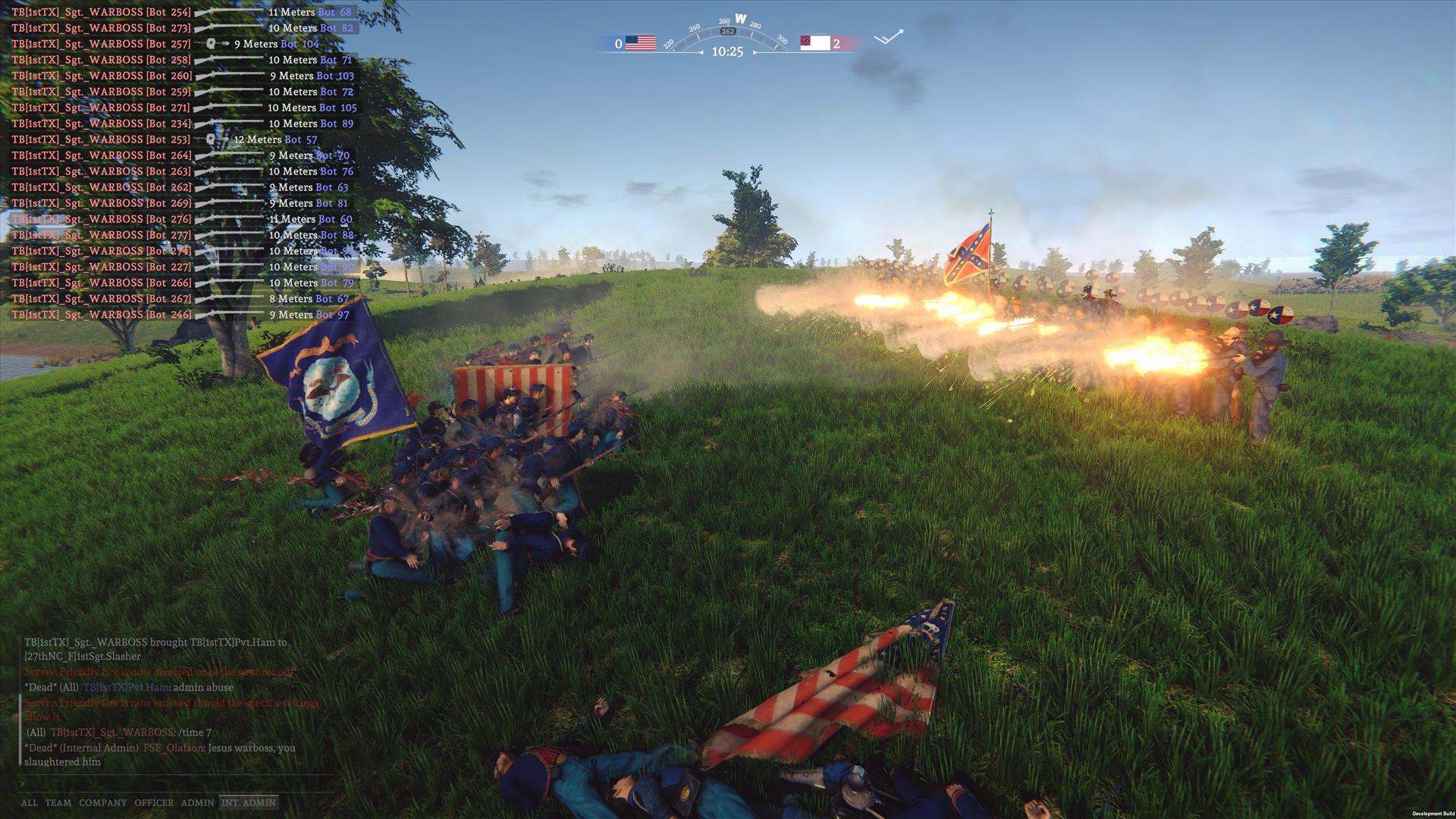 If you can somehow move past the missteps Battle Cry of Freedom has taken (No tutorial, blaring music, and racist players, though again, that last one isn't really the game's fault) then you can have fun. Once I was able to understand the flow of combat I found myself excelling at the game. Battle Cry of Freedom works best when everyone works together, and drops the slurs.

Battle Cry of Freedom is fun but problematic. With no tutorial you’re left to figure everything out on your own. An even bigger issue is the not so subtle racism found in the community in a game that pits confederacy vs the union - and you pick whichever side you want. While players' behavior is not the fault of developer Flying Squirrel Entertainment, making a game whose topic is the civil war brings out some less than savory people. Combat is fun, but understanding the flow of battles takes patience. You don’t need a PHD to play Battle Cry of Freedom, but a Bachelors probably goes a long way to understanding pivotal gameplay mechanics.