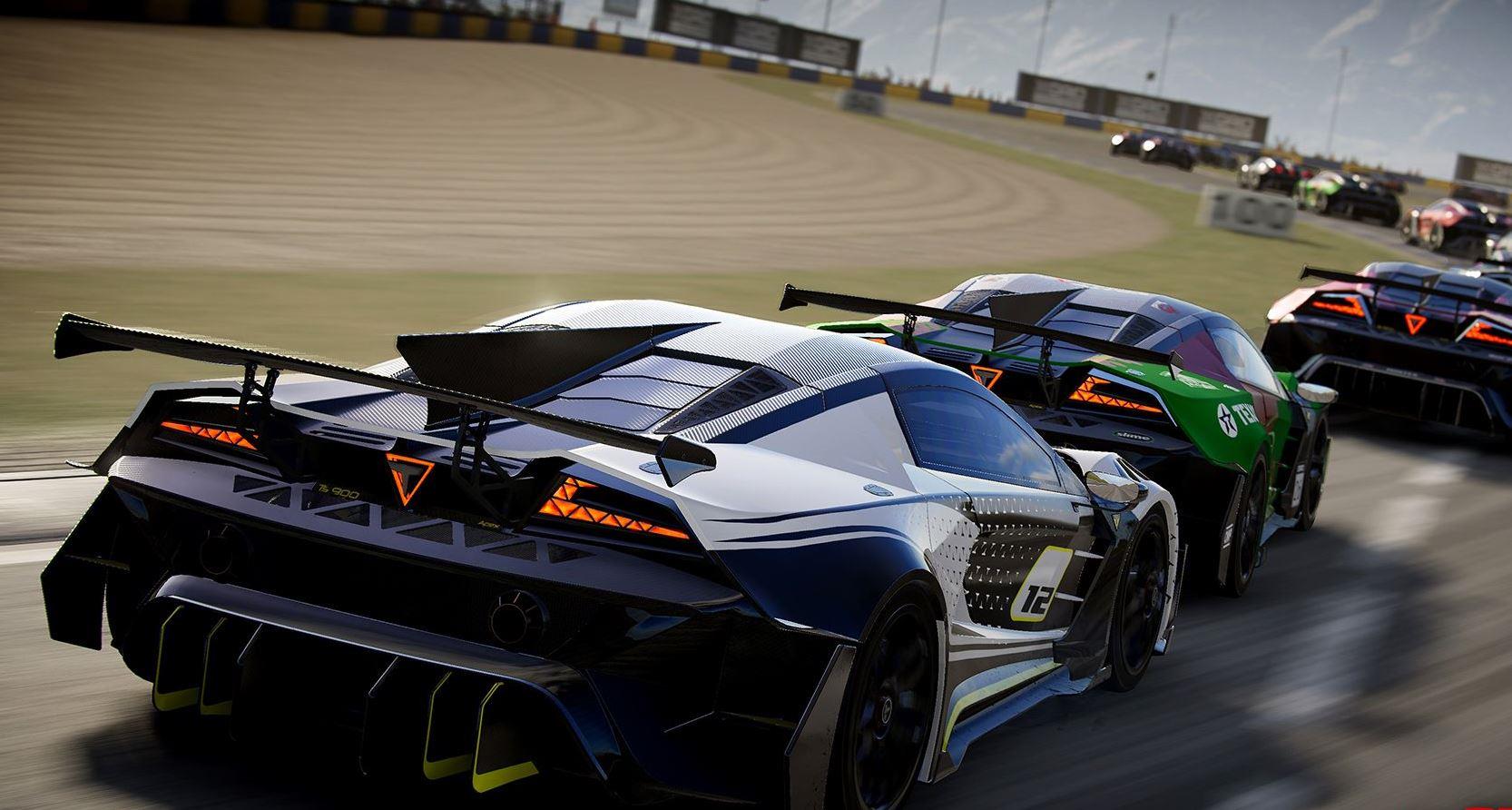 I first played GRID Legends’ story campaign “Driven to Glory” back in early January. I was writing a brief preview about the game’s story mode for GN, and was only permitted by embargo constraints to reveal the first five or six events in the story. But I don’t mind admitting that I played through the entire 36-event campaign over the course of a week and was bitterly disappointed when my preview build stopped cold at the credits screen, and I was unable to continue playing.

The Driven to Glory campaign is fun and all, but there is so much more to GRID Legends. Much in the way that players who rolled credits on Monster Hunter Rise and stopped would be missing the meat of the game, players that only engage in Driven to Glory and quit are only getting about 10% of what Grid Legends offers. Sure, there is a fun little story to be experienced there, but it should be considered the prologue to the real game, which lies in a full career mode that starts after the player has humiliated the villainous Nathan McCane and won the big race. 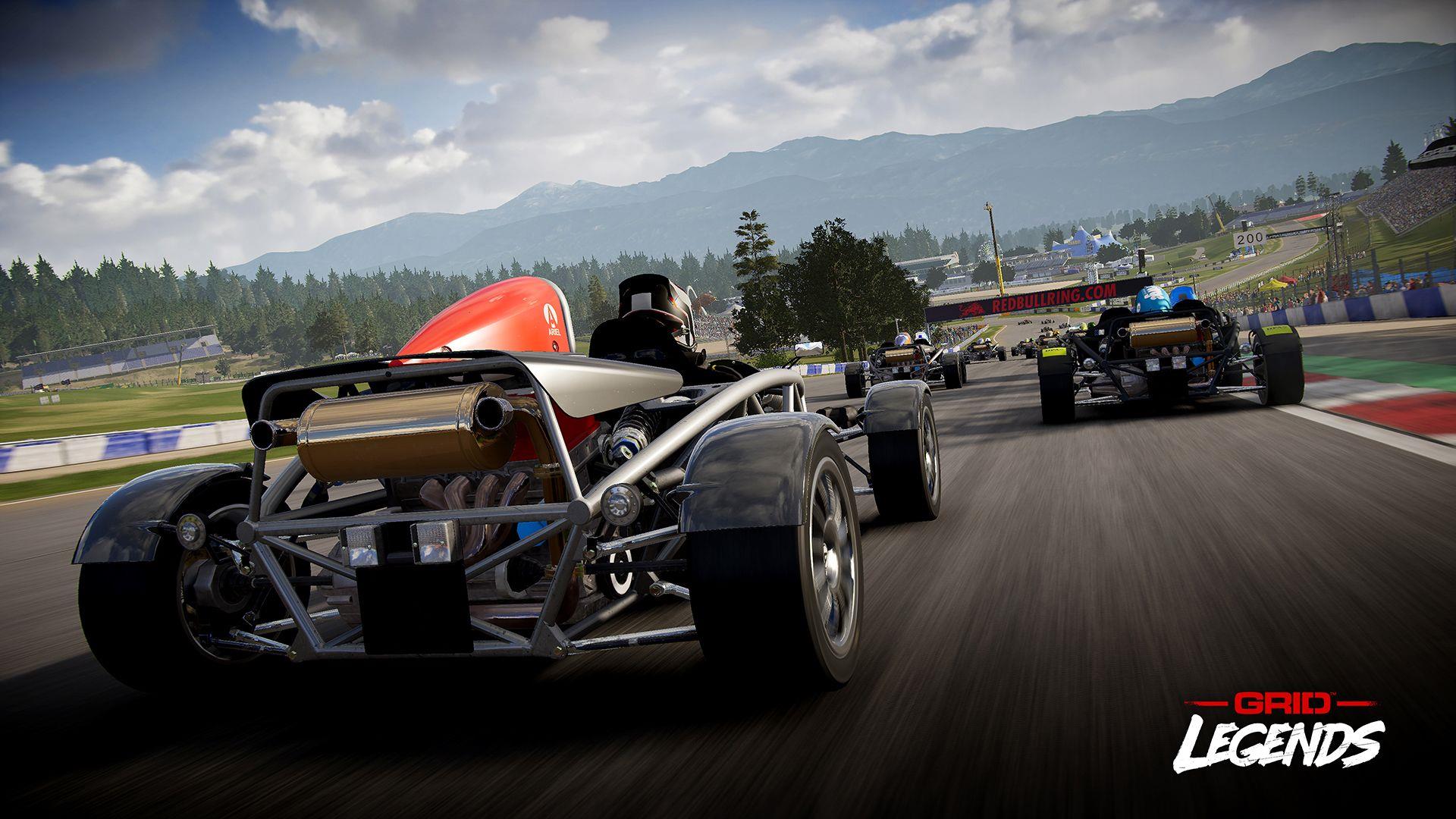 The story follows the player (a faceless cypher named “22”) as they move up the ranks in one stellar season of Grid Racing. Starting at the bottom of the rankings on the sad-sack Seneca racing team, 22 proves strong enough to carry the team to (and I know this will shock you) victory. Along the way, the player gets to know some of the other racers, along with the members of Seneca that don’t actually drive the cars. Probably the biggest standout is Valentin Manzi (Ncuti Gatwa), who is charming and fun, regardless of your rivalry. Less appealing are the McCane brothers, all smarmy confidence and ego.

The fictitious world of Grid racing is weird – these drivers don’t specialize in any sort of vehicle or track. Nathan and the gang are just as willing to jump into an open-wheel stock car as they are electric Jaguars – and throughout the 10-hour-or-so campaign, the player never knows what is coming next. But each race is expertly designed to deliver maximum thrills, especially since the player now has faces to put to the names of the drivers in the cars around them. Does the story mode make the stakes of the races feel higher? Indeed, it does. 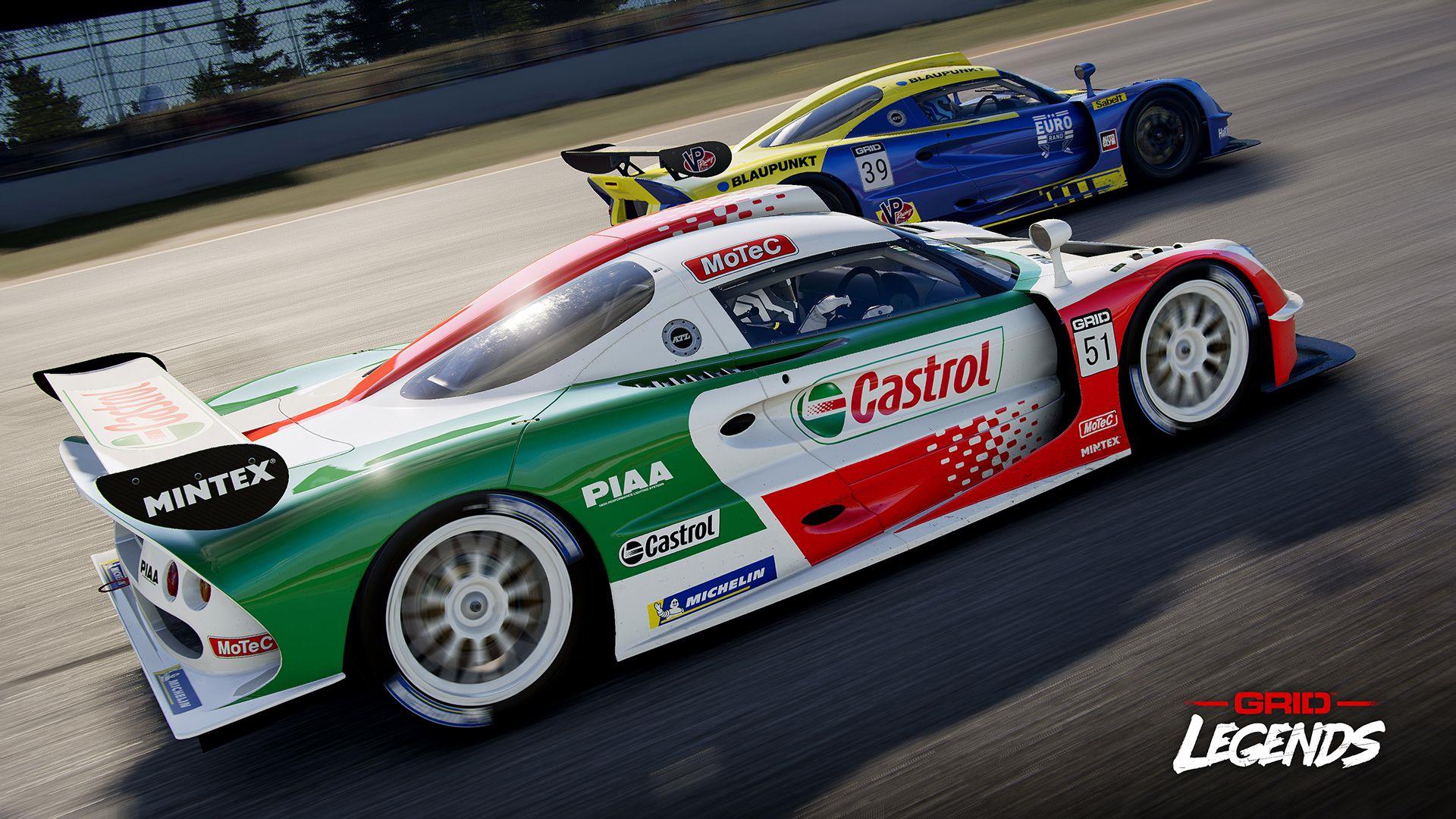 That said, there isn’t a ton of replay value in the television-lite-style campaign. My second time through, I found myself skipping most of the well-produced cut scenes, as I remembered every beat exactly and had a good grip on the characters. But that first time through is quite fun, and I found that story propelling me forward into just one more race, when I knew full well that I should stop and go to bed.

Experienced players will likely want to crank the difficulty up from the default “Medium” before even jumping into the first race. Medium is far too easy to be called “Medium”. On that setting I was blowing past all of my opponents in the early race and then lollygagging around the track to victory every time. This creates a total disconnect between the racing action in the story and the actual races. Nathan McCane and his cronies on the Ravenwest Racing team are the untouchable champs of Grid racing, so it feels weird if you are finishing every race ten seconds in front of him. You’ll want to actually have to work for these wins to be fully invested in the narrative (though, you know, you do you). 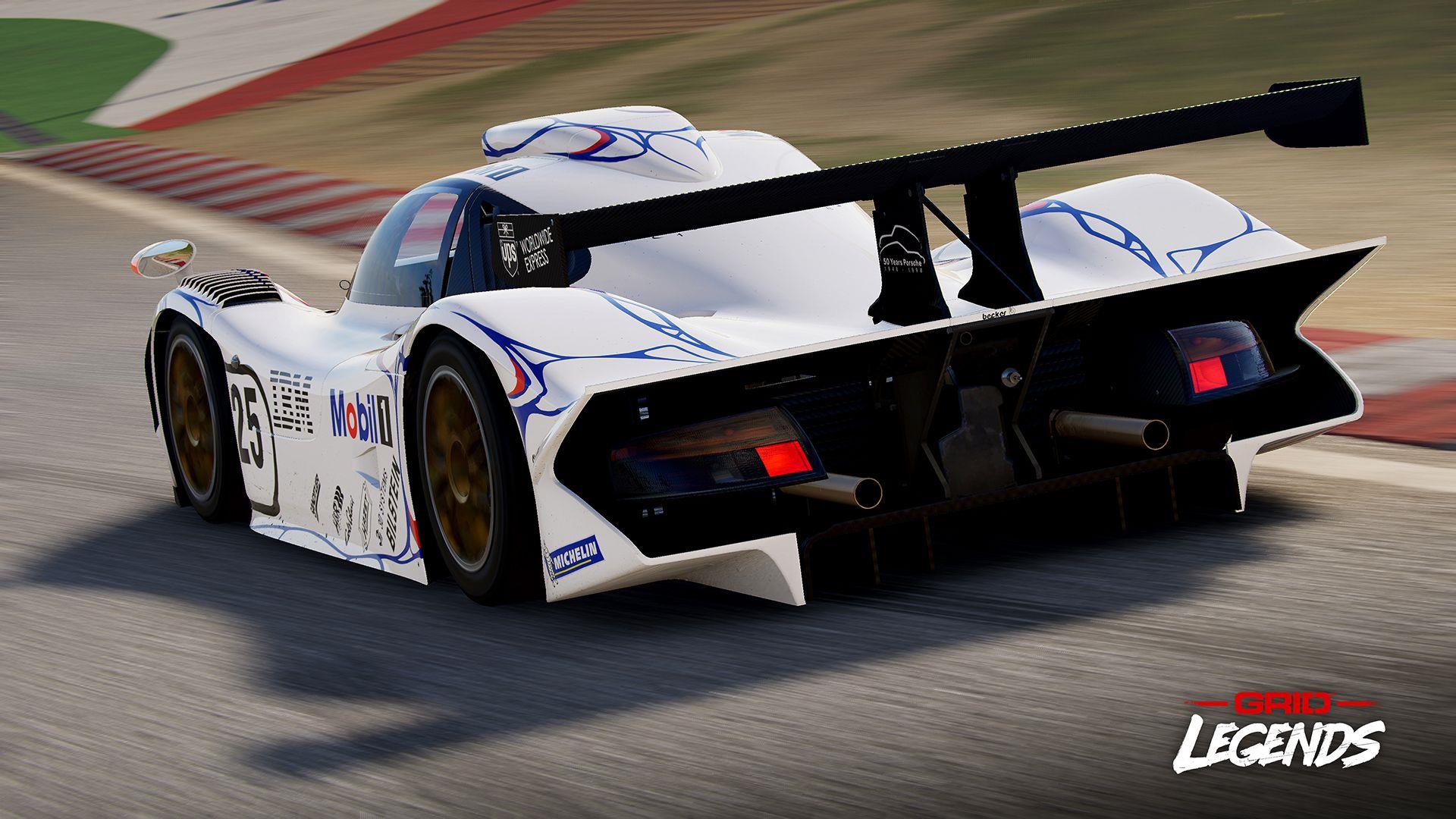 But as I mentioned, once the story is over, the real game starts. Essentially, the story mode gives the player a nice little chunk of change to start their career, which gives a slight boost to the game’s skill trees right out of the gate. The career beyond the story is sprawling, but fairly easy to navigate. It consists primarily of what my son refers to as “regular racing game stuff”. You know the drill – race a lot of races, unlock new vehicles, upgrade the cars you like, learn the tracks, get better, win more.

The career path is divided into several levels – Rookie, Semi-Pro, Pro, etc. Under each level is series of races under a number of headers – GT, Open Wheel, Electric, and so on. Interestingly, the player cannot just pick one type of race to engage with and follow through from beginning to end. Grid Legends wants to make certain that you experience all it has to offer, so it gates certain pathways behind others. 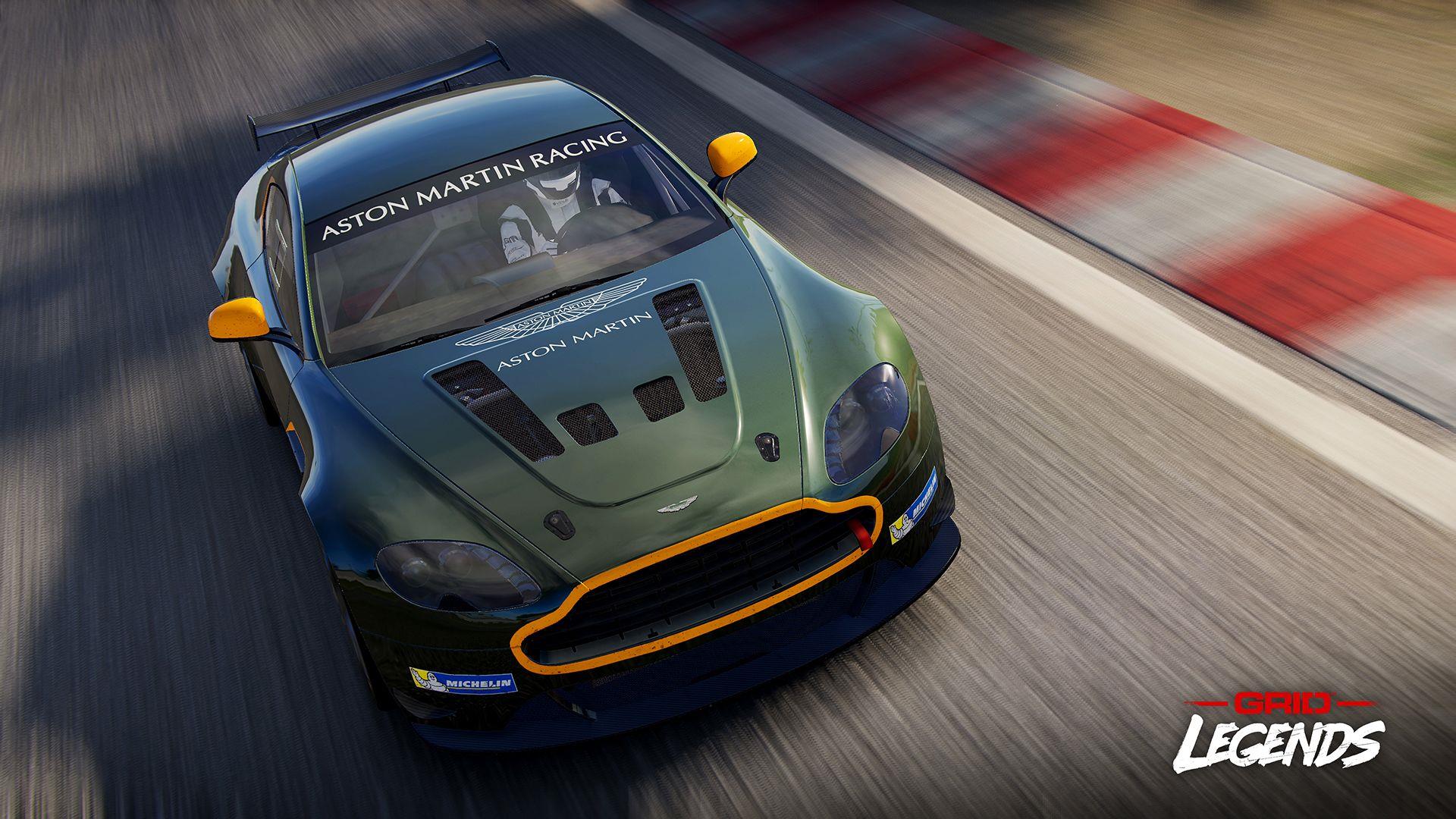 I’m not a huge fan of how this gating works. For example, in order to open up the electric path under the “Semi-Pro” header, I had to complete all of the GT rookie races. This can be a bit of a slog if you are invested in one type of racing and just want to push ahead with it.

Even worse, the game sometimes gates progress within a certain level behind vehicular upgrades, which can only be attained by driving a car a certain distance. This puts the playing into the position of needing to grind races they have already completed in order to open up the ability to complete a path, which feels like a waste of time. I don’t mind a logical gating system, but GRID Legends feels all over the place. I just want to pick a path and plow through it with the least resistance possible, and GRID Legends wants to throw up pointless barriers to my ability to do so.

But frankly, that progress gating is probably my biggest complaint about Grid Legends, which succeeds remarkably well on all other fronts. The visuals in Grid Legends are stunning, with well designed tracks that swoop through familiar cityscapes from around the globe. My favorite track is the one that is set in Havana, Cuba, which has players roaring through the sun-drenched streets, practically blinded by the god rays blasting down from the heavens. 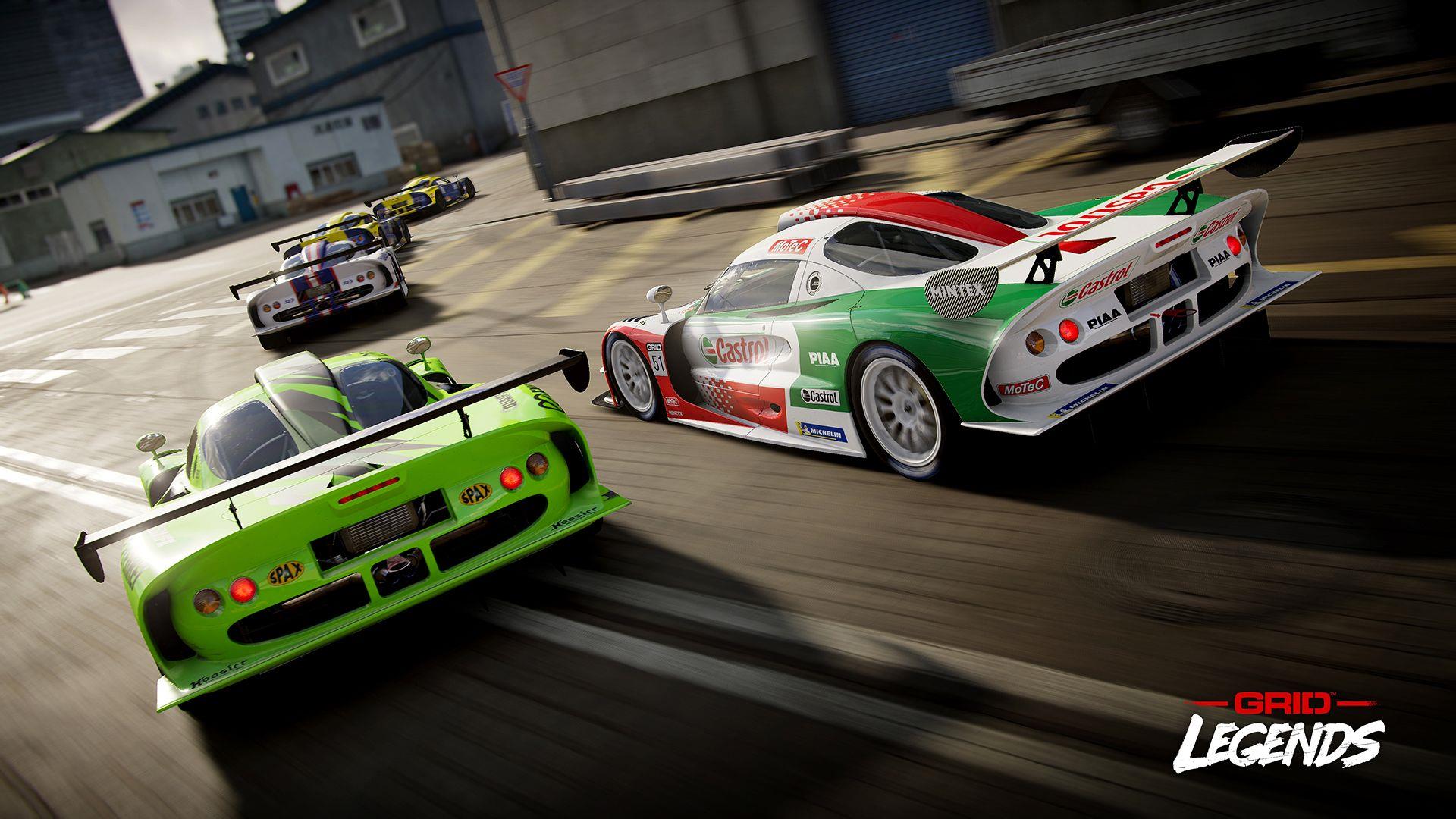 The cars look insanely good, and the game offers up a ludicrous number of ways you can customize them to your liking. I’ve settled on making all of my cars look like variations of the Batmobile (for my team BatCarz, of course), with various mixtures of blacks and yellows.

The racing itself is white knuckle fun, once you find the appropriate difficulty setting for your abilities. The controls are razer tight, with each vehicle feeling unique in handling. I particularly enjoy Grid’s Nemesis system, which allows individual racers to become irritated with your irresponsible driving and carry their anger over from race to race. Nemesis drivers are indicated by a little red icon, so you can always tell who you’ve upset. To me, this just serves as an invitation to target my enemies further, t-boning them around tight corners and side swiping them into other cars. I’ve made it a personal goal to anger every single other driver in a single race, but haven’t yet been able to do so. You gotta have dreams. 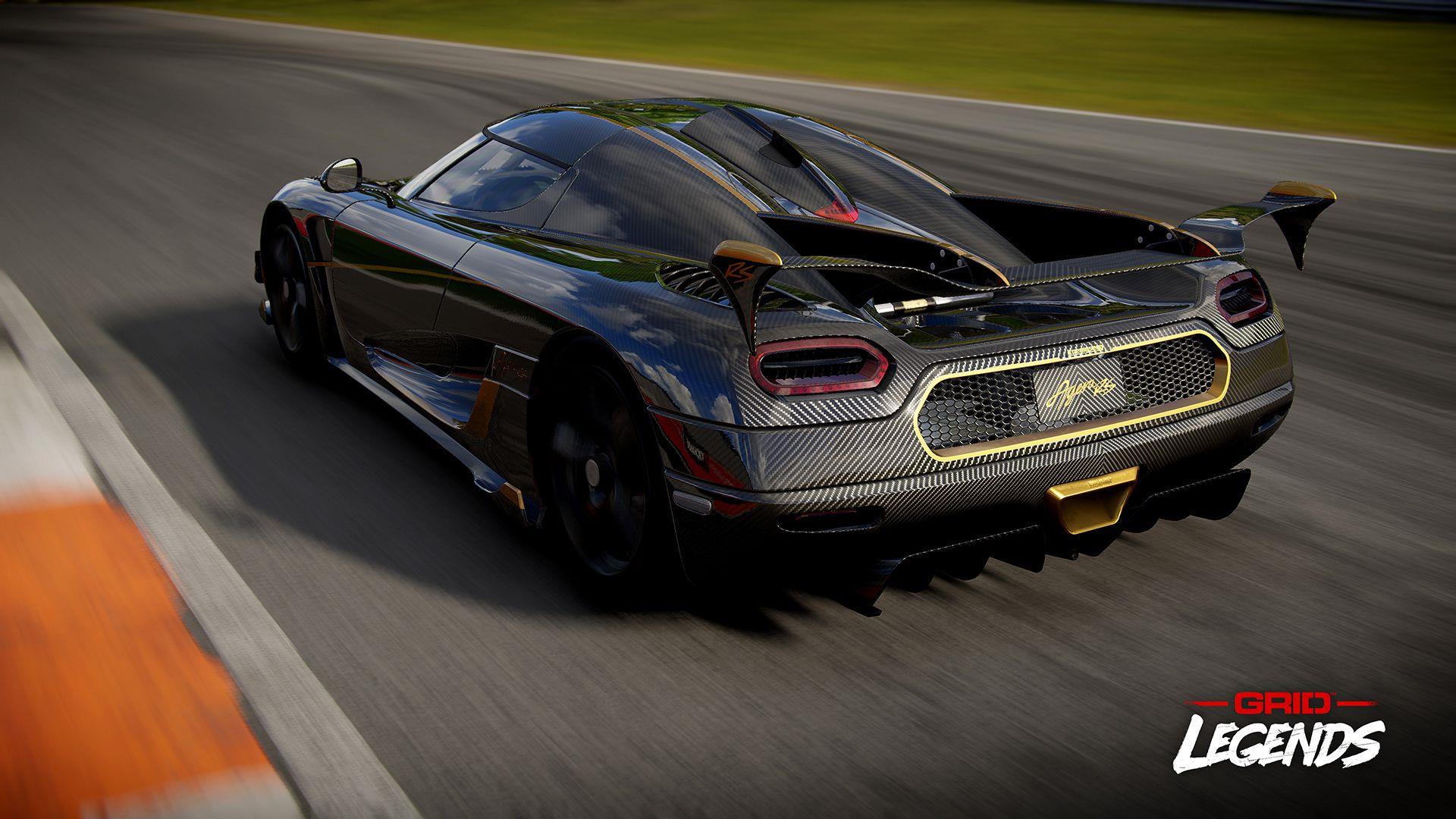 The has been enough of a contingent of early release players and journalists that I was able to jump into multiplayer for a couple of hours. Somebody (I'm guessing a Codemasters or EA employee) was setting up a bunch of weirdo races for everybody, one after the other. They were pitting us against each other in wickedly fast open wheel cars on the twistiest of tracks, or pitting us against each other in modded VW Bugs for long time trials. It was a ton of fun, showing off both the utility of the multiplayer (it works fine) and the coolness of the race building feature.

Overall, I’ve really been enjoying GRID Legends – and it is a welcome break from the overwhelming flow of Horizon-Dying-Elex-Ring open-world epics right now. With more content on the way (there are three scheduled story DLCs) and a mountain of fun stuff to do in the current release, GRID Legends scratches that no-nonsense arcade racing itch. If you enjoyed the last entry in the series, this one is a no-brainer, and newcomers would also do well to give GRID Legends a look. Between the cool storyline and the beautifully done racing, Grid Legends is the complete package.

The Driven to Glory campaign is the big push, but is actually only a thin layer of what this package offers overall. GRID Legends has a solid career mode, with a ton of cool activities and customization options. The content gating is a bit frustrating (be prepared to grind a bit), but overall there is a mountain of fun to be had with this rock-solid arcade racer.