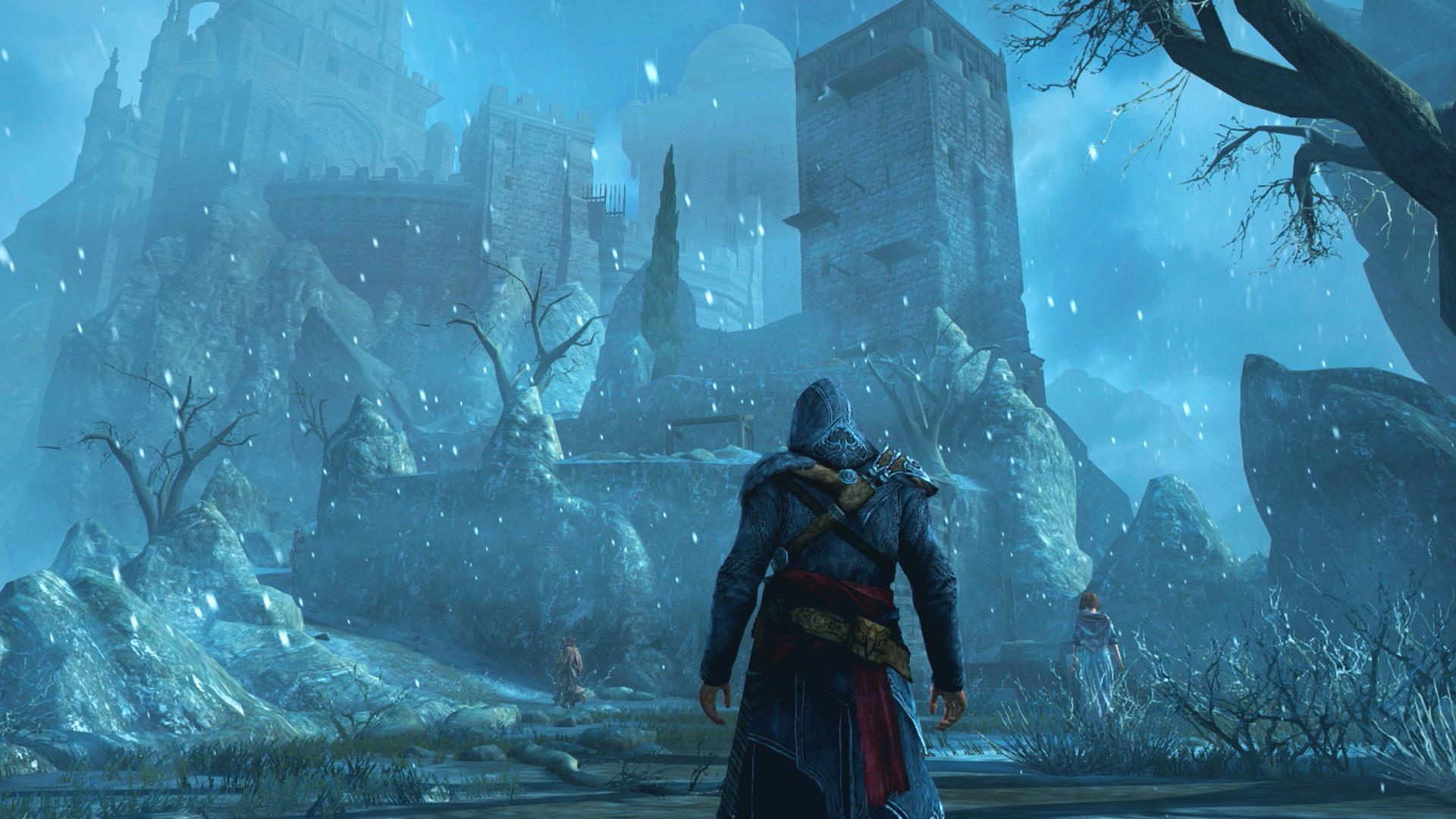 Written by Elliot Hilderbrand on 2/23/2022 for SWI
More On: Assassin's Creed The Ezio Collection

When the chance arrived to review Assassin's Creed: The Ezio Collection, I took it without much hesitation. I have played a handful of titles in the series, but sporadically at best. I remember coming home for Christmas break to find my brother playing the first game in the series. By the time my break was over I had gone through every nook and cranny the game had to offer. I didn’t pick up another title in the series until Assassin's Creed IV: Black Flag - the sixth game in the mainline series, by the way - only because I had heard everyone talking about how different it was from the rest of the series. I’ve dabbled in a few others in the series since then, but never saw how Desmond’s story ends. But after playing through this collection I now have to know how his story concludes. 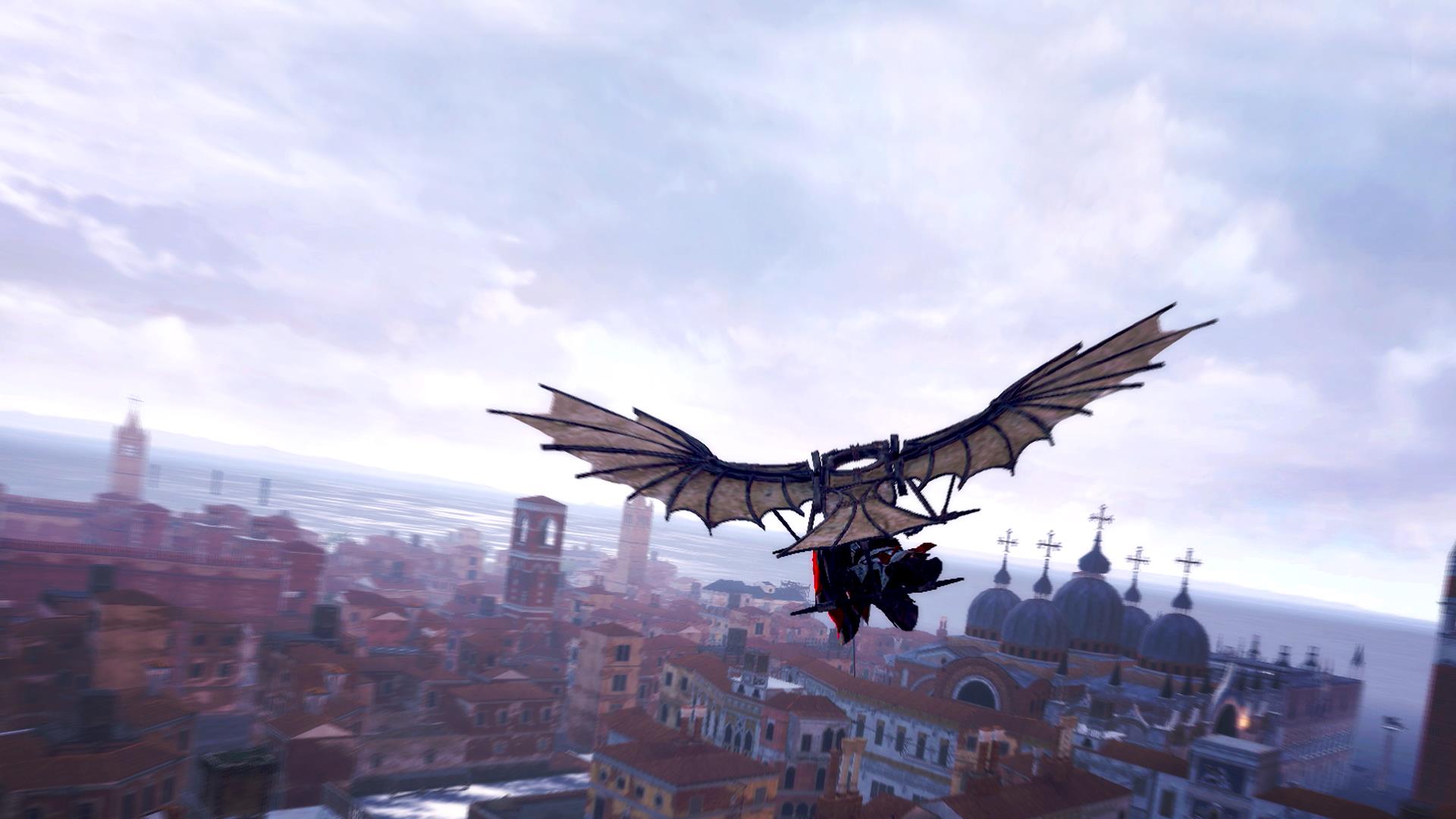 Assassin's Creed: The Ezio Collection is comprised of the second, third and fourth game in the mainline series and follows the life of Ezio Auditore in France during the late 1400s, following his growth from a teen to an old man. The series overall follows the struggles between the Assassins, who want free will for all, and the Templars, who want control. As this centuries-long battle ensues between the two factions you actually play as Desmond, an ancestor of Ezio living in modern times who watches Ezio’s life through an animus, a sort of virtual reality machine.

The open world action-adventure gameplay the series is known for is very present in these three titles. Stealth and combat are also big gameplay styles that don’t change too much within the games. Climbing up walls and monasteries is just as fun as it is in newer titles. While each game looks a little better than the one before, I felt like I was playing one giant game while tackling this. 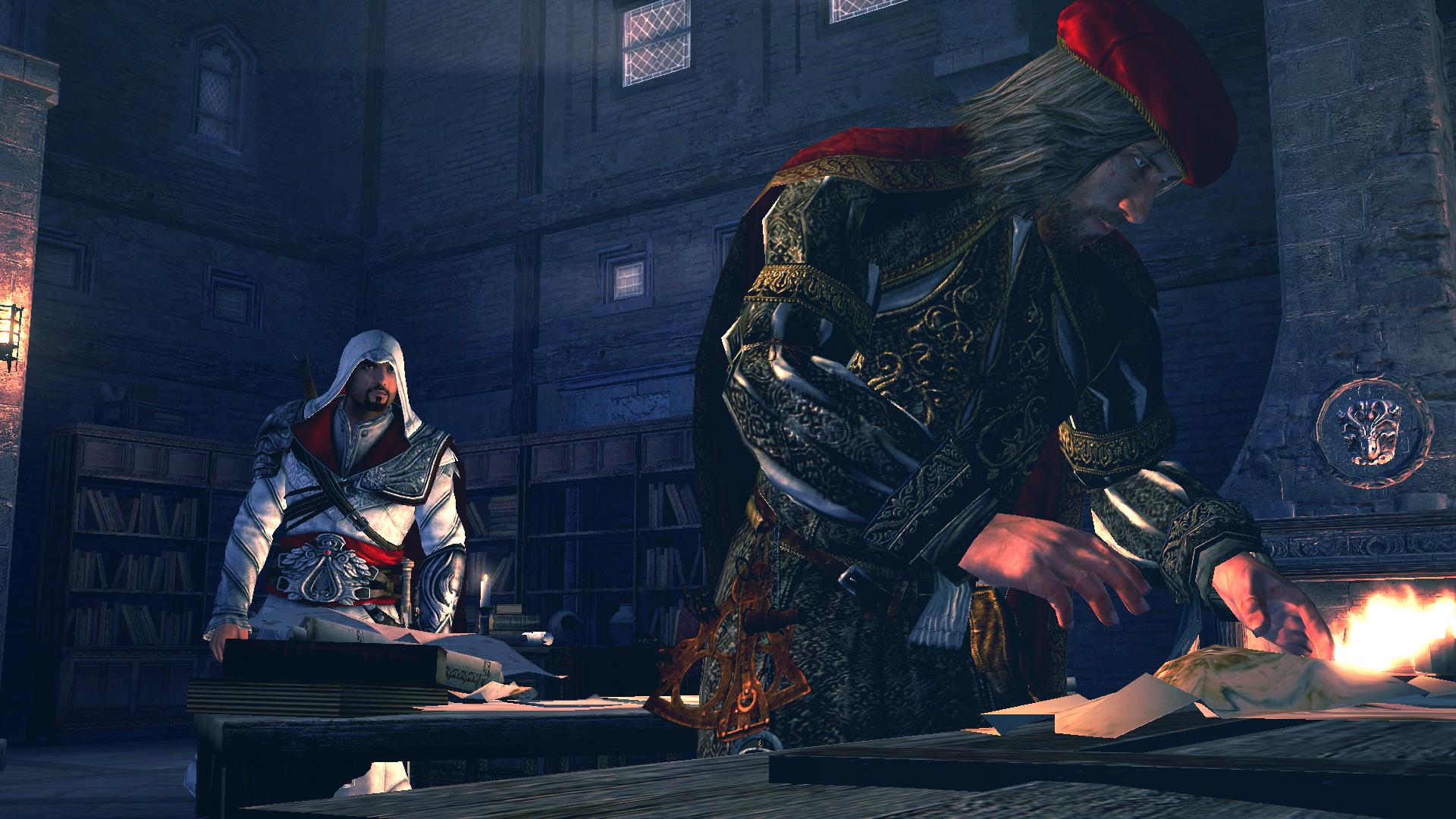 Missions are fun and interesting. When not directly pushing the main plot of the game there are side missions a plenty, almost too many in Revelations. For games that allow you to walk around and do what you want, the side missions are able to add a lot of depth and story into the games at the same time. Combat is fun but leaves a little bit to be desired; my only complaint being the series does it better in later games. This is hardly a knock, just a fact of game development - as time goes on, mechanics are improved upon.

The single greatest issue I ran into with the collection was the loading times. Early on in Assassin’s Creed II you are racing your brother to the top of a tower. If you don’t beat him you reload and race until you do. Starting out with the game I was not the best with the controls. As such I did not win my first race, or second, or third, or fourth. The issue was the loading. I would be stuck on a loading screen as the game had started and my brother was halfway up the tower before I could even play. I had to make the perfect moves, not missing a beat in order to win the race, only because he had a 15-20 second head start every time. This issue only popped up a couple of times, but was beyond frustrating when it did. 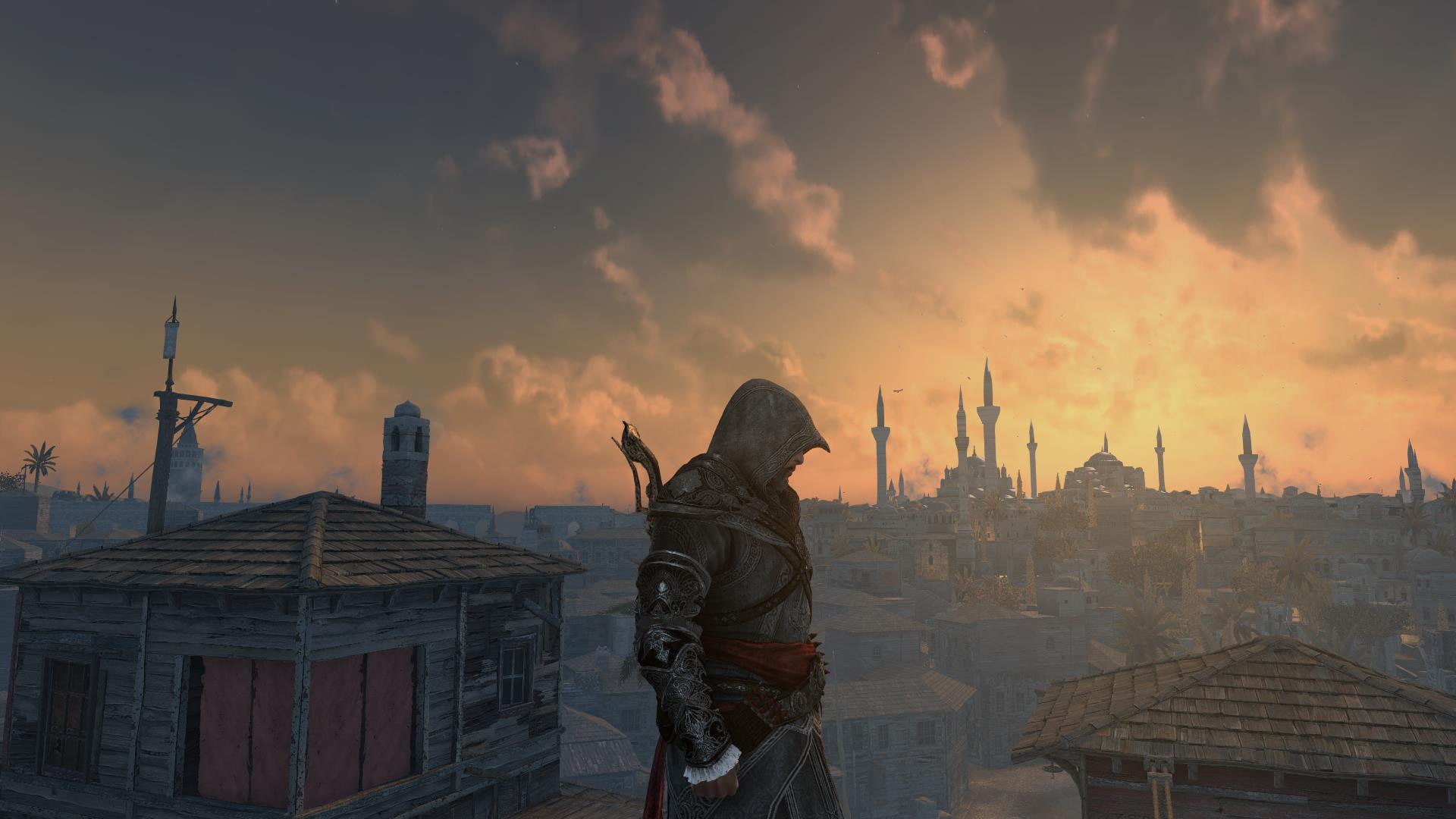 I had a few other issues while playing through the collection. This is probably on me, but I was not the most acrobatic of people. I found Ezio would cling to ledges instead of dropping down when I wanted him to. I also found the combat to feel old. Targeting the NPC I wanted to hit didn’t always go as planned, I was also terrible at dodging. It’s hard to be too critical because I know the combat in recent games is well done, and I just wanted that to be present in this game. And of course, the visuals feel a bit dated. The overall look of the game feels very 2009 at times. Some characters had big bug eyes that felt unnerving. NPCs often looked dead inside, almost like they had just returned from the beaches of Normandy on D-Day. Overall these feel like minor gripes that I was able to either overlook and laugh at and didn’t spoil my enjoyment. 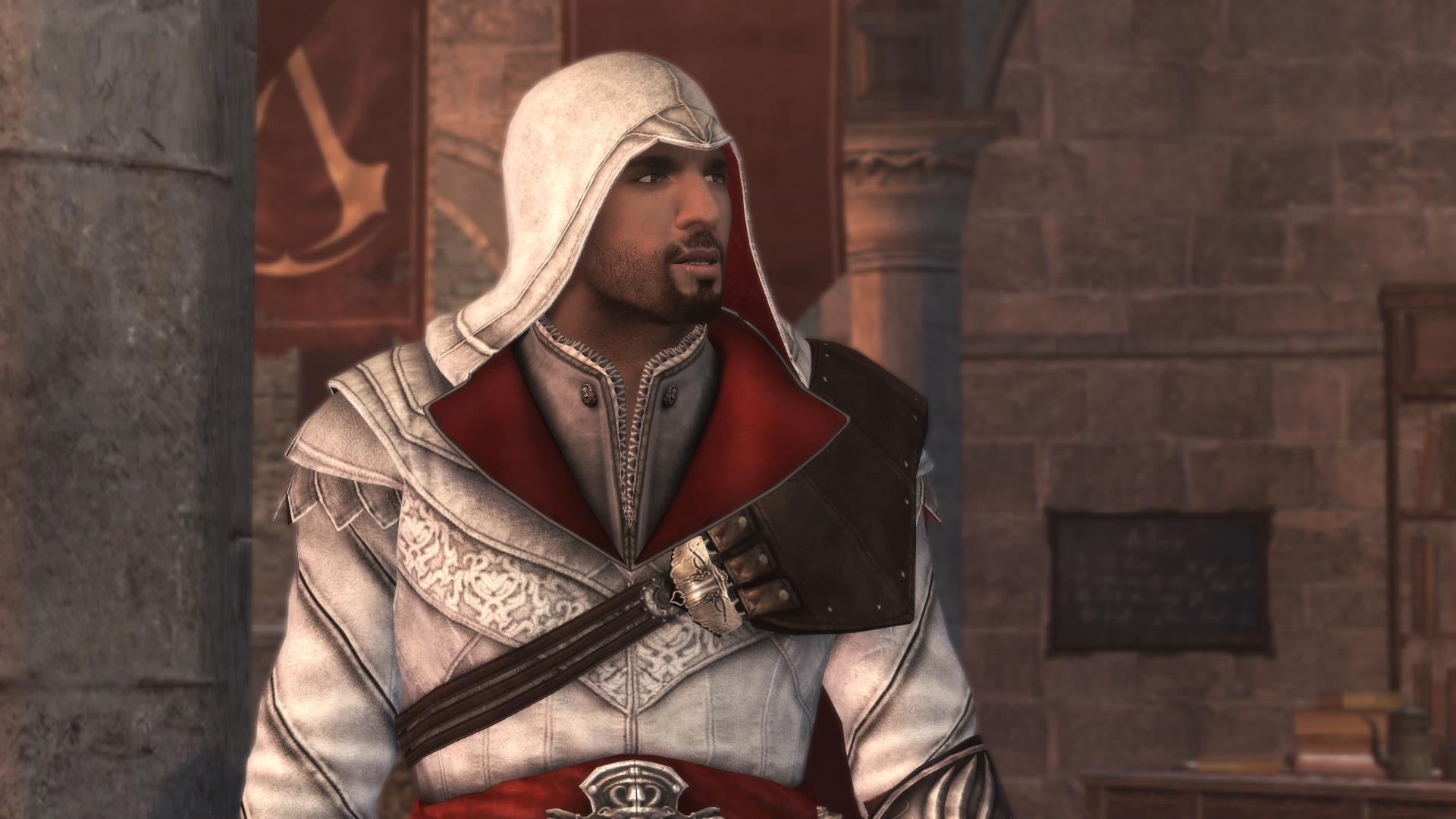 After playing these three titles I can say without hesitation that Ezio has the most fleshed out story in the series. Spanning three games, we see Ezio go from a late teen sneaking up to the room of a lover, to questioning why he was chosen to be the conduit of an ancestor hundreds of years into the future. While Assassin's Creed II feels the slowest of the three I believe in the end experiencing the entire story pays off. We also get to see Desmond grow as well, from not really understanding what is happening around him, to being the leader the assassins need him to be. While we get to see the resolution of Ezio, unfortunately we don’t get to see the same for Desmond until the next installment, Assassin’s Creed IV. In that title Desmond follows a different ancestor. 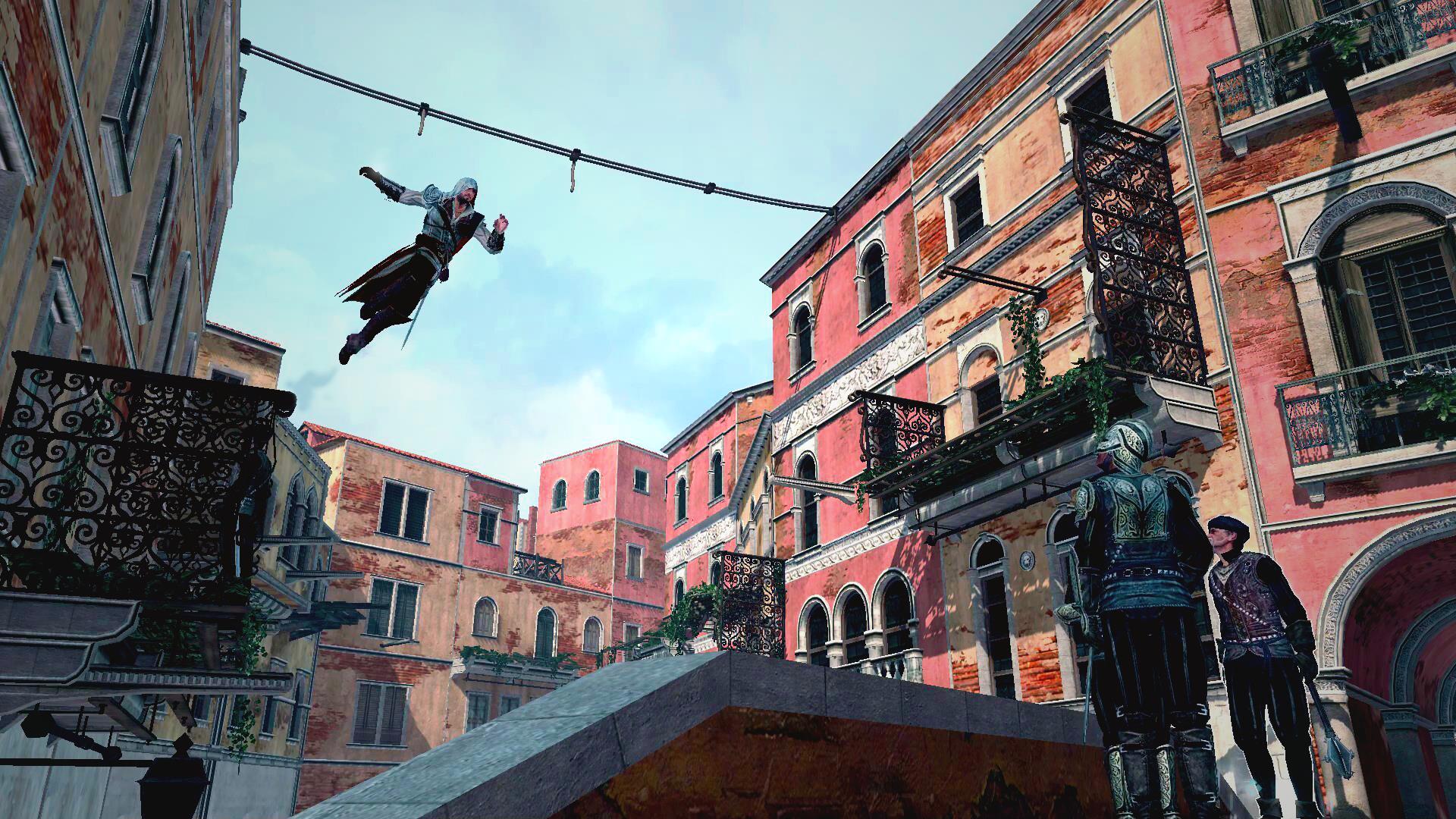 These games have been around for a while, and on a number of consoles. In Brotherhood’s case, this is the seventh console it has been on. This begs the question: is it worth it to purchase on the Switch? It’s a little more complicated than a simple yes or no. If you want to play these games there are plenty of other ways to do so, some of which will probably provide you a better overall experience. But if you’re like me, and you love to sit on the couch and play a game while your wife watches something on the TV then this may be up your alley. Also, if you’ve never experienced these games this is a great way to do that, without having to make too many concessions. If you’ve played through the titles before, the quality of life updates have only been made to help improve the experience for the Switch, like a bigger HUD for handheld mode.

I also feel the need to say something about the physical edition of The Ezio Collection. If you are planning on purchasing this game physically, the cartridge will only carry one game, Assassin’s Creed II. The other two will be purely digital. For someone who has mostly made the jump to digital only, I wasn't bothered by this. For someone who must have physical copies of their games this could certainly be an issue. 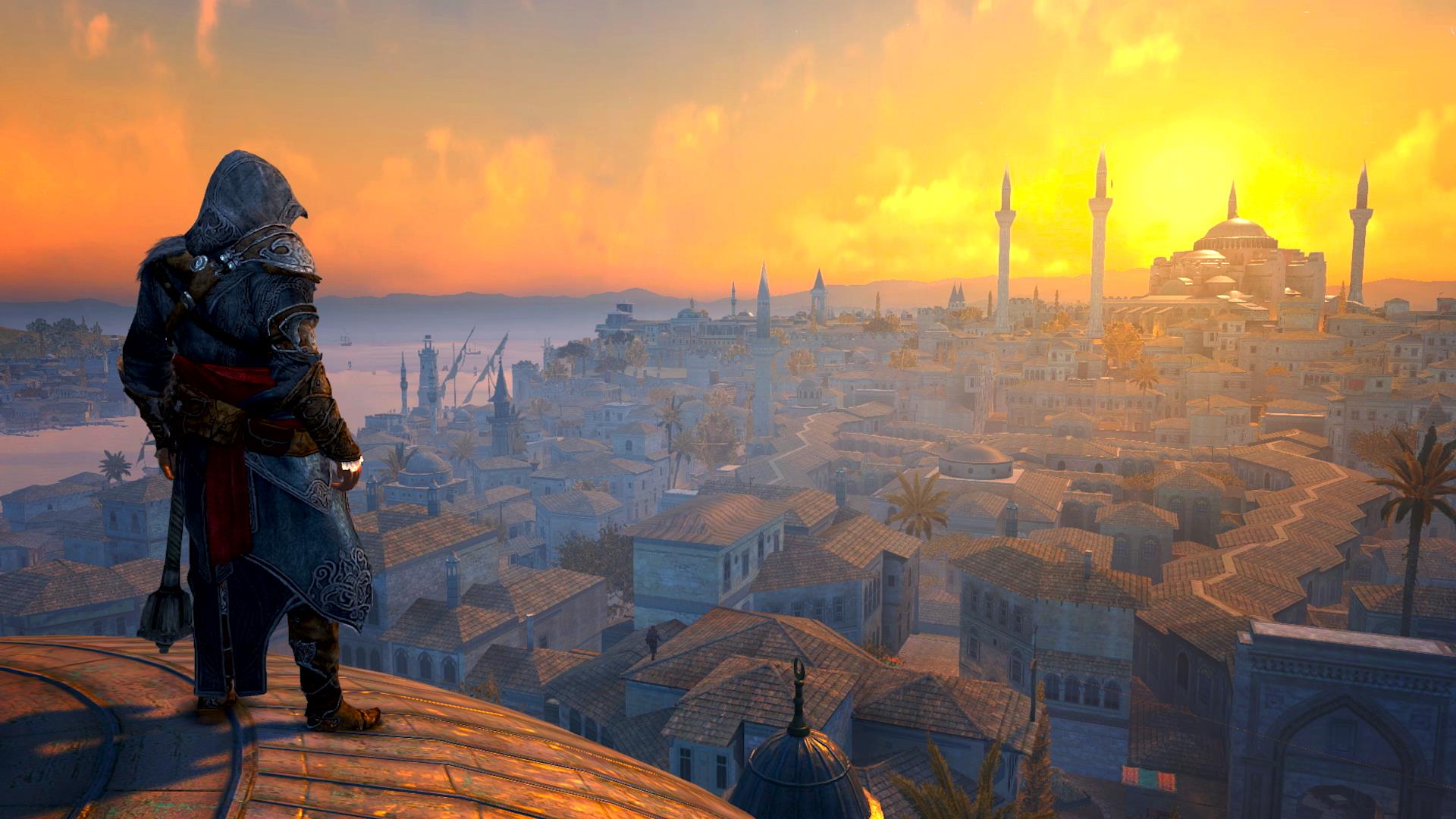 Assassin's Creed: The Ezio Collection is a good port on the Switch, and not much is lost in the transition. Loading times are not great, but that is to be expected with the Switch. Still, there were times where it did affect gameplay. Overall the feel of Assassin's Creed II was a bit slow. Brotherhood is faster-paced, and Revelations runs almost up to par with what I felt in newer titles in the series. The mechanics sometimes felt like they slowed me down from what I wanted Ezio to do, but there was a noticeable improvement from game to game that I enjoyed when I started the new game in the series.

I’m glad I was able to mark these off my bucket list of games I wanted to play but never got around to. Whatever I had to sacrifice to be able to play these games on my Switch was worth it. The story of Ezio Auditore starts a little slow, but by the end of his third game I was ready to seek out the next game. Everything can feel a little outdated compared to newer entries, but as someone who has never played these games this was a great way to experience them.