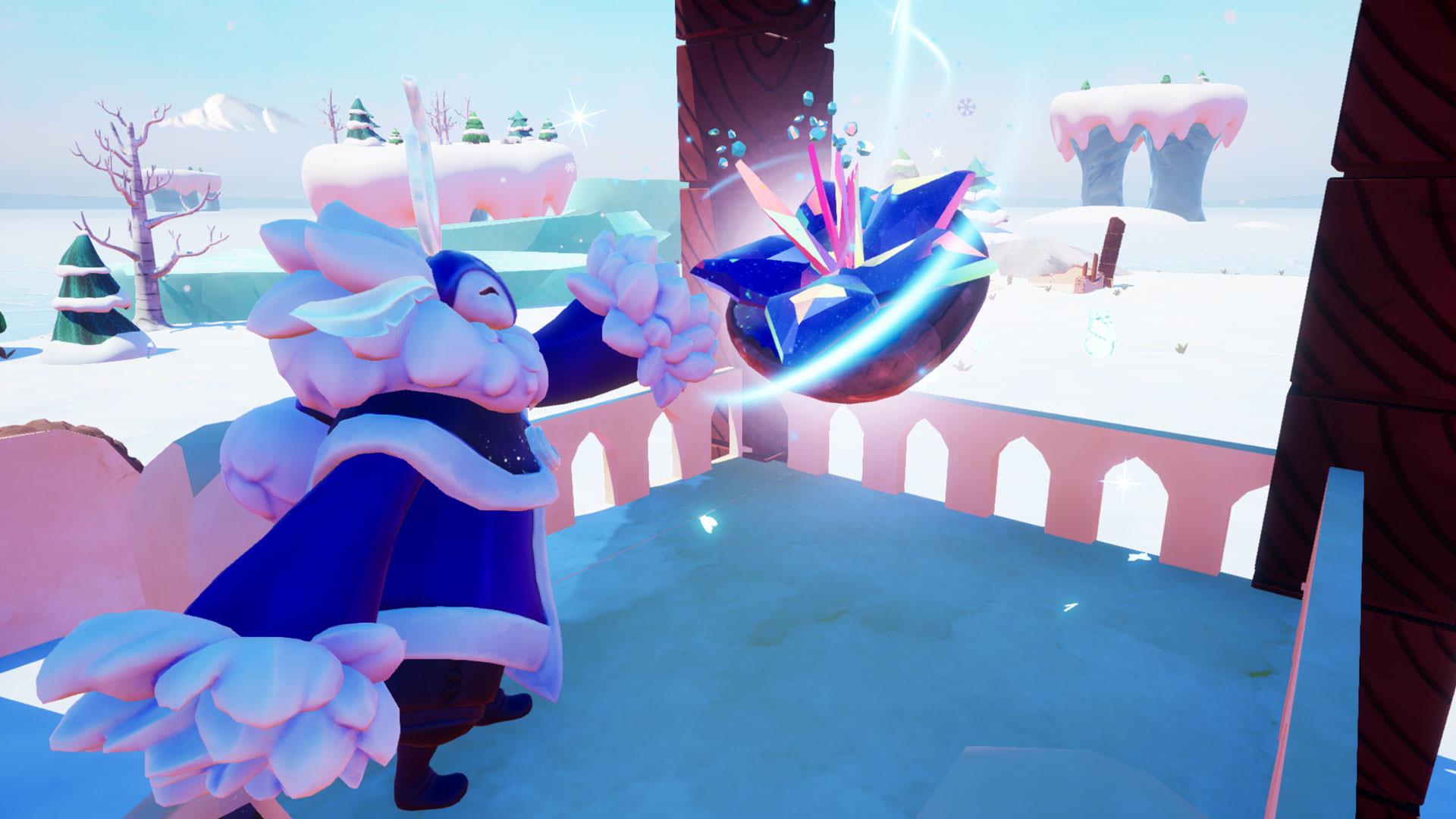 Written by Eric Hauter on 2/21/2022 for SWI
More On: Zorya: The Celestial Sisters

One of my favorite activities over the course of the last couple of years in lockdown has been discovering the joys of cooperative gaming with my nine-year-old daughter. We’ve taken on the best of the best together, working our way through Phogs, several Lego games, and – our pinnacle achievement – It Takes Two. Every now and then, she checks in with me, popping her head into my bedroom/office and asking, “Is there a new game for us to play together?”. When I answer “Yes”, there is great rejoicing.

I’m always hesitant to promise that I will play an entire game with her. After the great Cookies and Cream debacle of 2002 with her older brother, I prefer to take things session by session, committing to a few hours here and there with the ability to tap out if things get too difficult for my diminutive partner. That said, we made it through Zorya: The Celestial Sisters, but not without a bit of difficulty. 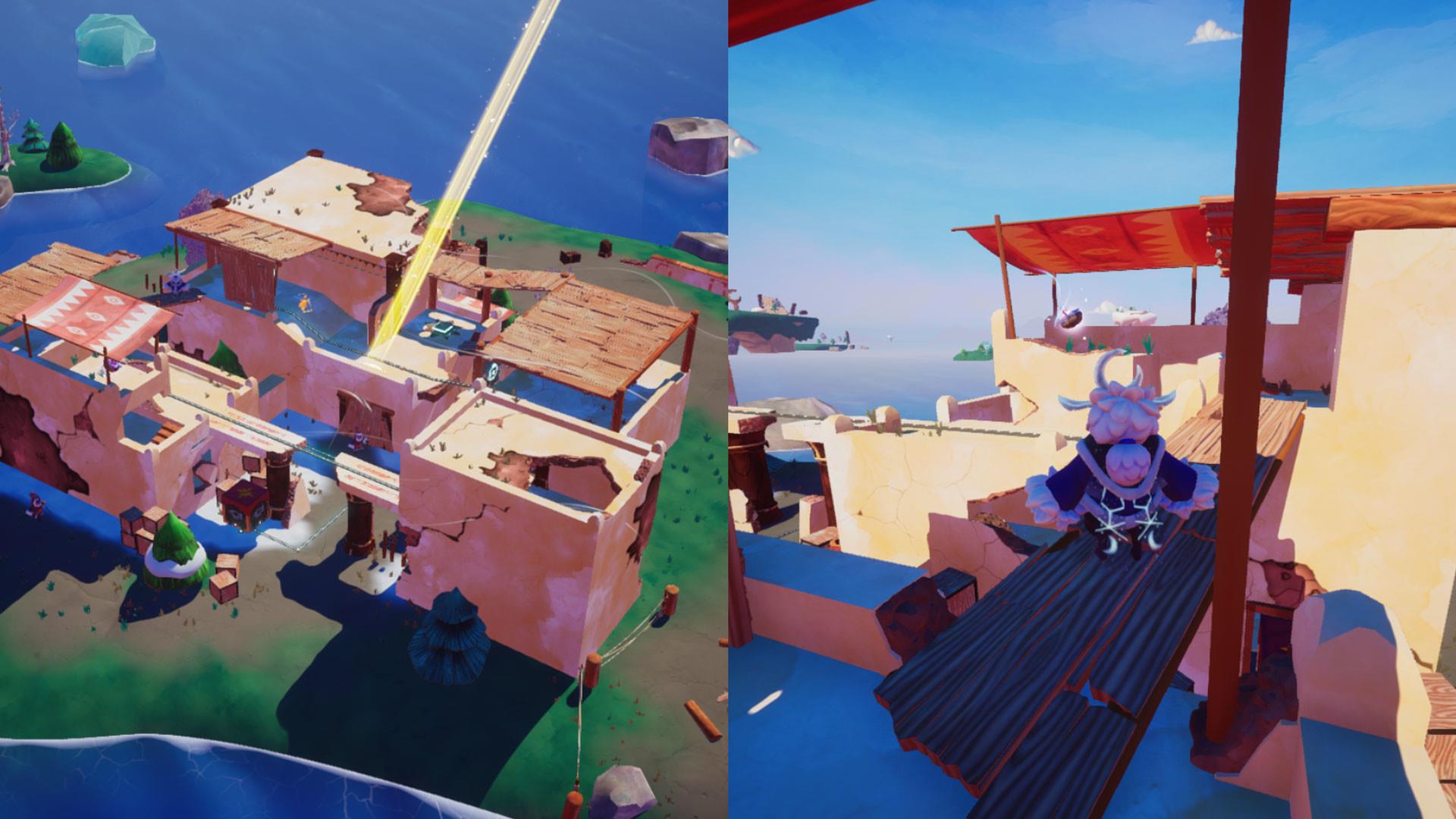 The difficulty we experienced with Zorya was not in solving the puzzles. As I’ve mentioned, we’ve handled some of the best, and my daughter has proven to be more adept than I am, often spotting a solution while I’m still pondering the parameters of the problem. Instead, we had a hard time with the mechanical manipulation of the game – which then led to us having a tough time finding the motivation to finish. Though Zorya offers many fine moments of discovery, the game is a little too slow and deliberate to play with a little kid. This is one for a married couple on a snowy weekend, or a couple of old friends who want to play and chat online.

That said, the setup is pretty good. The story won a lot of favor with my daughter, who really enjoys games with female protagonists. Two goddesses, the sisters Solveig and Aysu, have grown apart over the course of many years. Solveig is the goddess of the sun, and Aysu is the goddess of the night. Over the millennia, Aysu grows jealous of her more revered sister, not understanding her own place of worth and value in the grand scheme of things. 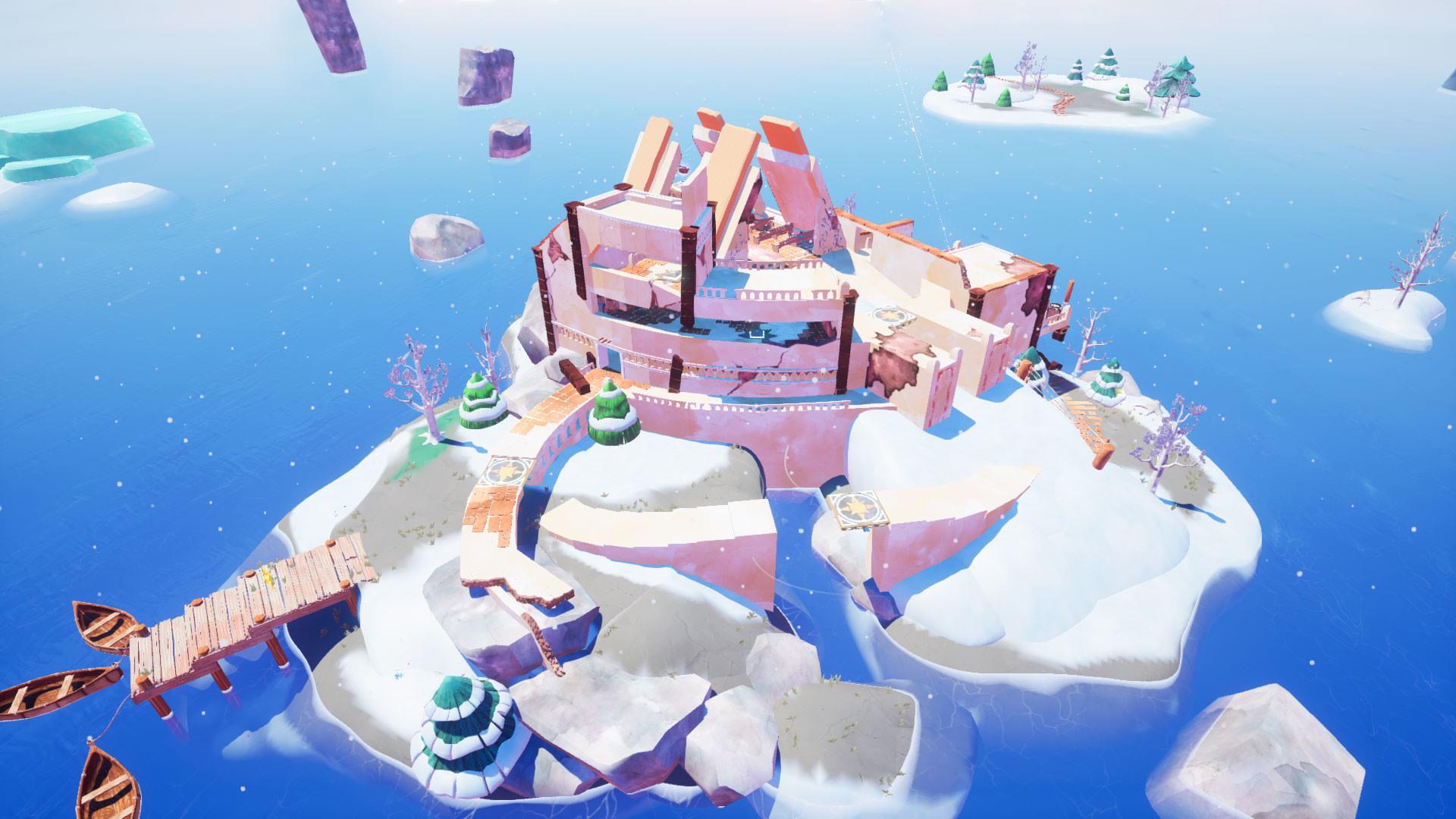 As Aysu’s bitterness grows, she eventually retreats, causing the sun to scorch the earth. Desperate to restore order to the earth and save its inhabitants, Solveig seeks out her reluctant sister, and the two set out together to make things right.

Gameplay-wise, this translates into a situation where one player controls Solveig and the other controls Aysu. I initially expected that both players would be controlling characters on the screen, running around together flipping switches and solving puzzles, but that’s not what Zorya is all about. Yes, the game can be played split-screen, and yes, each player controls a sister, but Solveig doesn’t actually appear on-screen. Instead, the Solveig player controls the sun.

Yes, you read that correctly. The player on the right controls Aysu, who will quickly be burnt to a crisp if she is exposed to the sun’s harsh light. So the player on the left – as Solveig – must control the sun, sliding it back and forth across the sky to keep Aysu in the shadows. 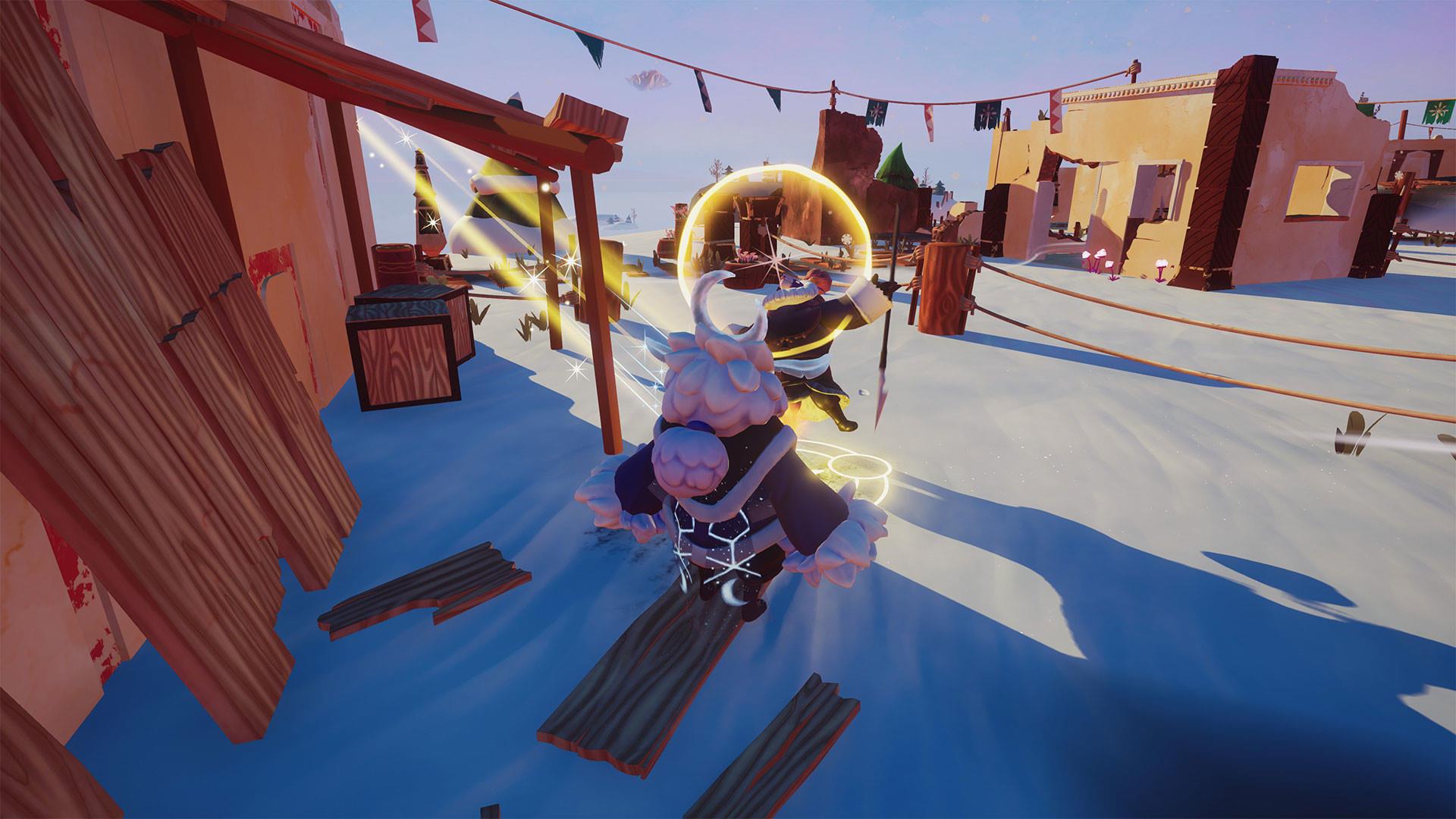 If you look at a screenshot, you will notice how every object in the game is casting a shadow. Now imagine how those shadows would change as the sun moves across the sky. It is up to the Solveig player – with their birds-eye view – to manipulate the shadows and create a path across level to help Aysu reach her goal. And of course, it’s up to Aysu not to go crazy and run out into the sun like a depressed vampire.

This means that communication between the two players is critical. The sun-controlling player Is holding the life of the shadow-dwelling player in their hands, giving instructions about when to move and when to stop. The shadow player is also responsible for interacting with the environment, and they can see things at a lower angle that their sky-bound partner might miss. In many ways, you can think of the sun player as the planner, and the ground player as the doer. Though both characters eventually gain other abilities, the core of the game remains the same throughout – map a path, make it viable, and execute on your plan. 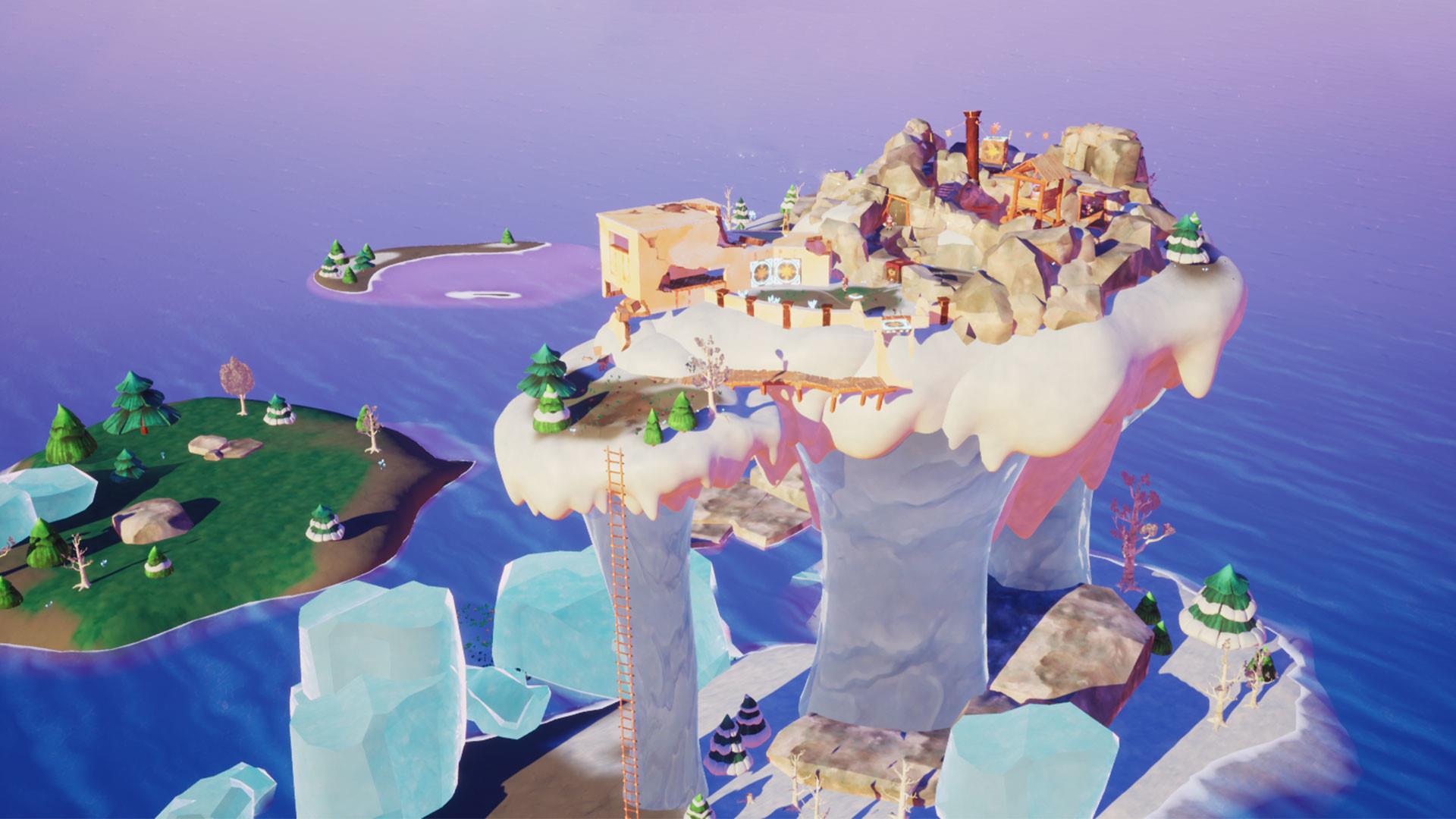 The trouble comes from Zorya’s demand for extreme precision. The player on the ground can’t misstep even slightly, or they step into the sun and instantly burn to a crisp. Likewise, the sun-controlling player needs to keep everything moving at just the right moment, or risk frying their friend. This is all well and good, except that the controls behind the two sisters are a bit loosey-goosey, which leads to some repeated and unfair-feeling deaths. And when you are playing with a little kid, even the fair-feeling deaths can become a bit frustrating and disheartening.

Dying resets the level, so its not a huge punishment. But when falling from a tiny distance kills Aysu, and the kid running that sister keeps plowing over a ledge, things can get a little tense, despite the chill music and atmosphere. There were plenty of times in Zorya: The Celestial Sisters when my daughter and I knew perfectly well how to solve a problem, and were simply unable to execute properly. At that point, the game ceases to be a puzzle game and becomes a platformer, or at least a game that requires more motor coordination than we expected. 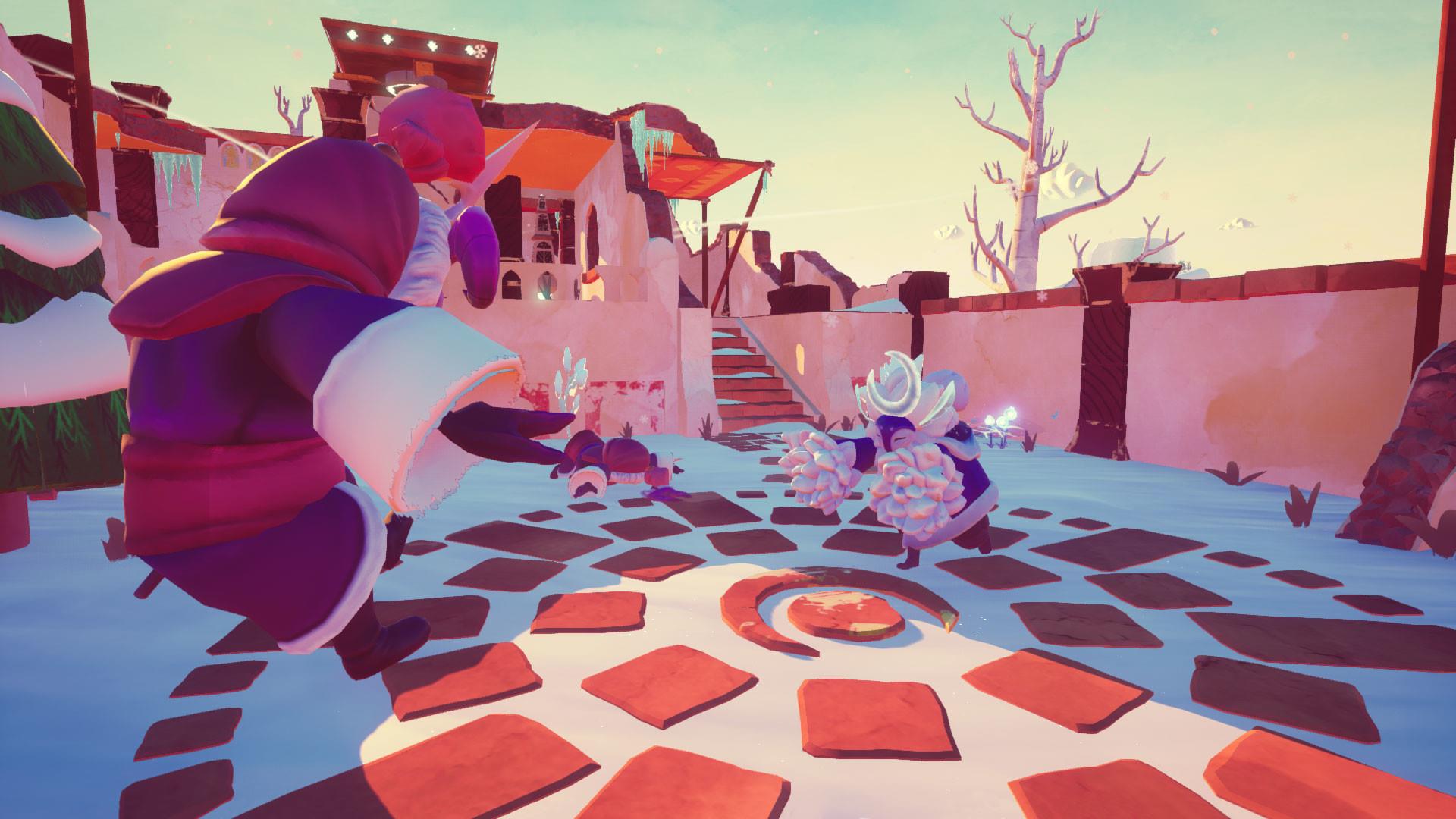 I would love to see a second iteration of this series, after the primary mechanics had been refined and the controls were a little tighter and more forgiving. Still, Zorya is a nice game with pretty visuals that plenty of people will likely enjoy. The mythic story is sweet, and the entire game is very kid appropriate. You could do a lot worse than playing Zorya: The Celestial Sisters, and the game is nothing if not unique. But still, give the game’s free demo a shot to see if it resonates with you before you make the leap. These sisters are sweet on the surface, but there is a hint of saltiness lurking in the shadows.

Zorya: The Celestial Sisters is a sweet, relaxed puzzle game with very unique cooperative mechanics that suffers a bit from overly touchy controls and some strange camera issues. While I ultimately enjoyed the game, I would suggest trying the demo before investing.