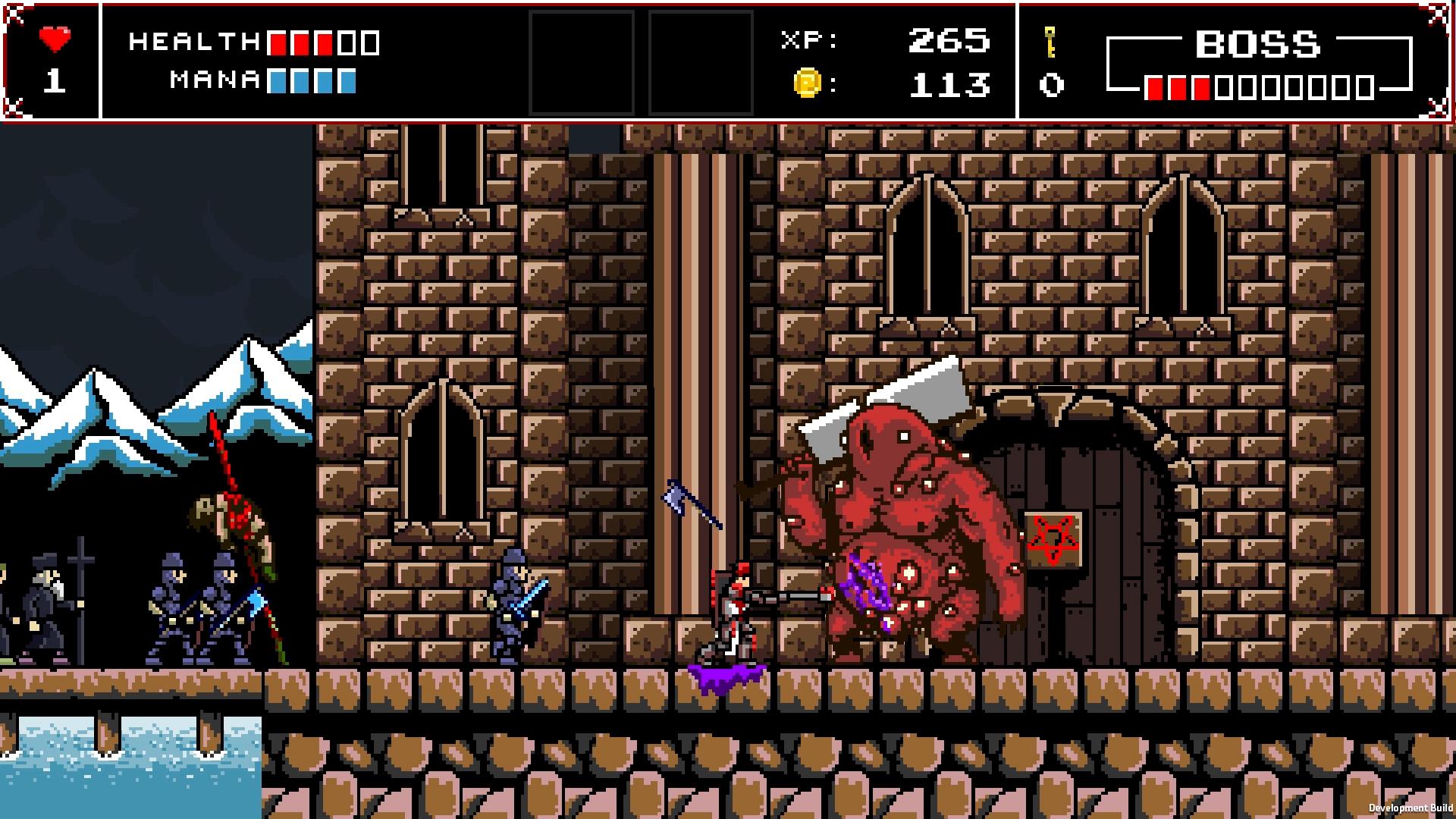 I used to think I was the only fan of Zelda II: The Adventure of Link, and I used to play Castlevania II: Simon's Quest to punish myself. When Berzerk Studio and The Arcade Crew sent us Infernax, and those two games were mentioned as inspiration, I jumped at the opportunity. And I will tell you, this game will take you back to both, in the best and most balanced way possible. 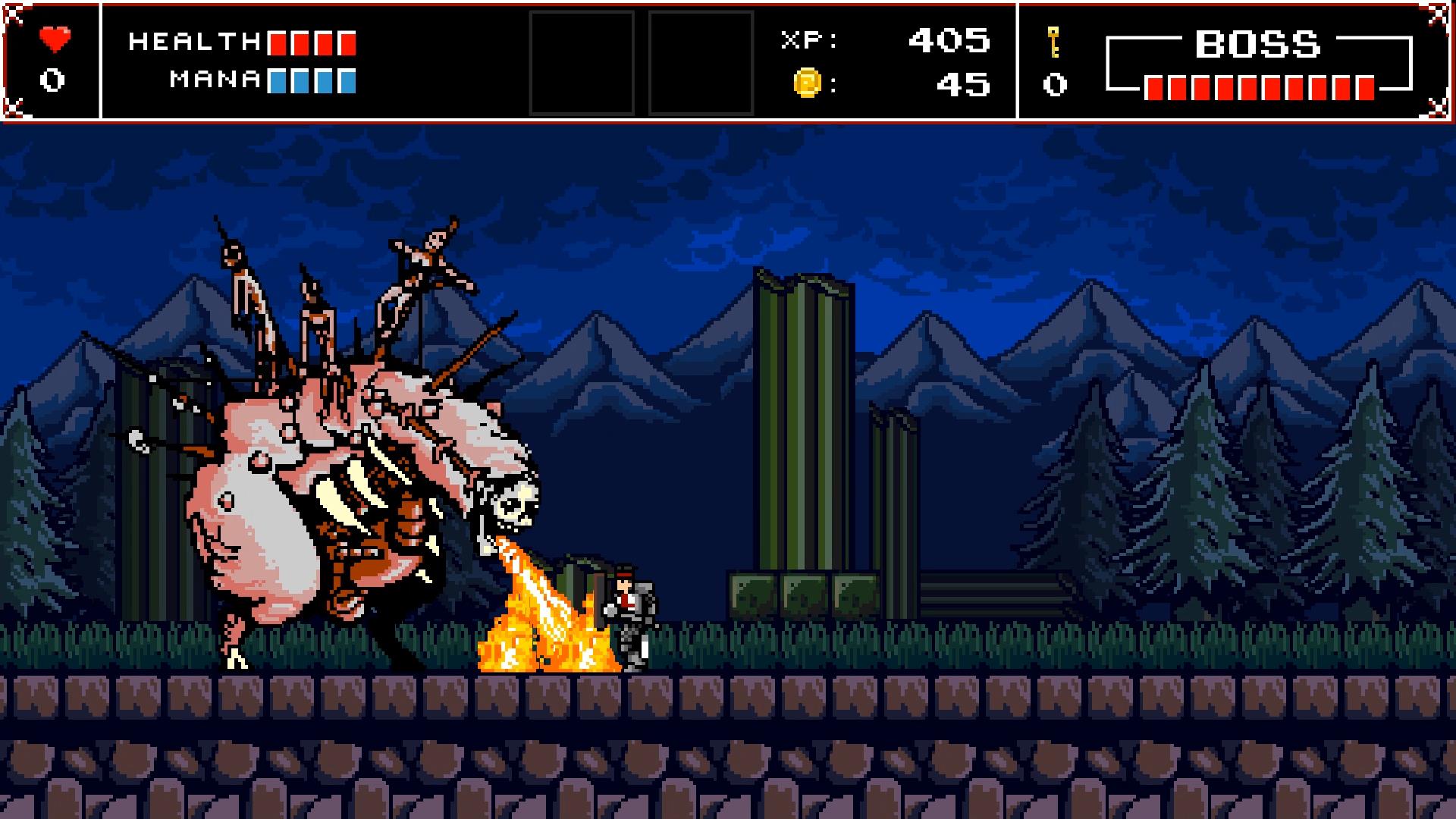 The game starts off with the antagonist, Alcedor, returning tired and weary from violent crusades. He comes home to find that his homeland has been taken over by darker forces. And that's where the game starts you. Armed with a mace and shield, you pick up the controls pretty easy. Attack, jump, and if you do nothing, block projectiles with your shield. After you get all that out the way in the first few screens, you come to a guy, who screams at you "Kill Me". This is your first decision of many, and it seemingly changes the outcome of the game. I won't spoil this for you. But already you're hooked.

You come to your first save point. The save point refills your life and mana, and opens another menu where you can upgrade your power, health, and mana (Magic). I implore you to save too much. Let me backtrack. Before the game starts, you have two modes. Casual Mode, which has extra save points, lets you keep some XP and gold, and you start with ONE extra life. But Classic Mode, the way the game is intended to be played, negates all that. One failure, no matter how, and you start from the last save point. Imagine going through an entire castle, making it to a boss, with 2 hit points left, and biting it. BACK TO THE SAVE POINT, FOOL! On the "Deceased" screen, the game asks you if you want to switch back to casual mode, which hits you right in the pride. Once you switch to casual, you can never go back to classic. Decisions, decisions.

The game goes on to introduce elements from past side scrolling adventure games. Towns, inns, items to buy, spells to learn, and lots of monsters to slay. The first hour or two of the game is a grind, as you want to get enough experience to upgrade your attributes, and you die, A LOT. And you get sent back to the save points, A LOT. But once you get those sweet sweet upgrades, and you're pummeling monsters in one or two hits, you feel accomplished.

In my playthrough here, I made it UP to and through the second castle. I bought a 1-UP in a town. Then in the tavern, I got a free potion and chugged those DOWN frequently, so even if I was going DOWN, I knew I would be ok. The game has a map that you can check often. Sometimes going LEFT is the only way to go. Other times, even if it looks impossible, RIGHT is the only way to go. Later, you can break a barrier with an upgrade, so you go back LEFT. Maybe you find an ability to jump higher, and visit that screen on the far RIGHT. There is nothing wrong with checking your map often. How else are you to lead Alcedor to save your town and B A hero? 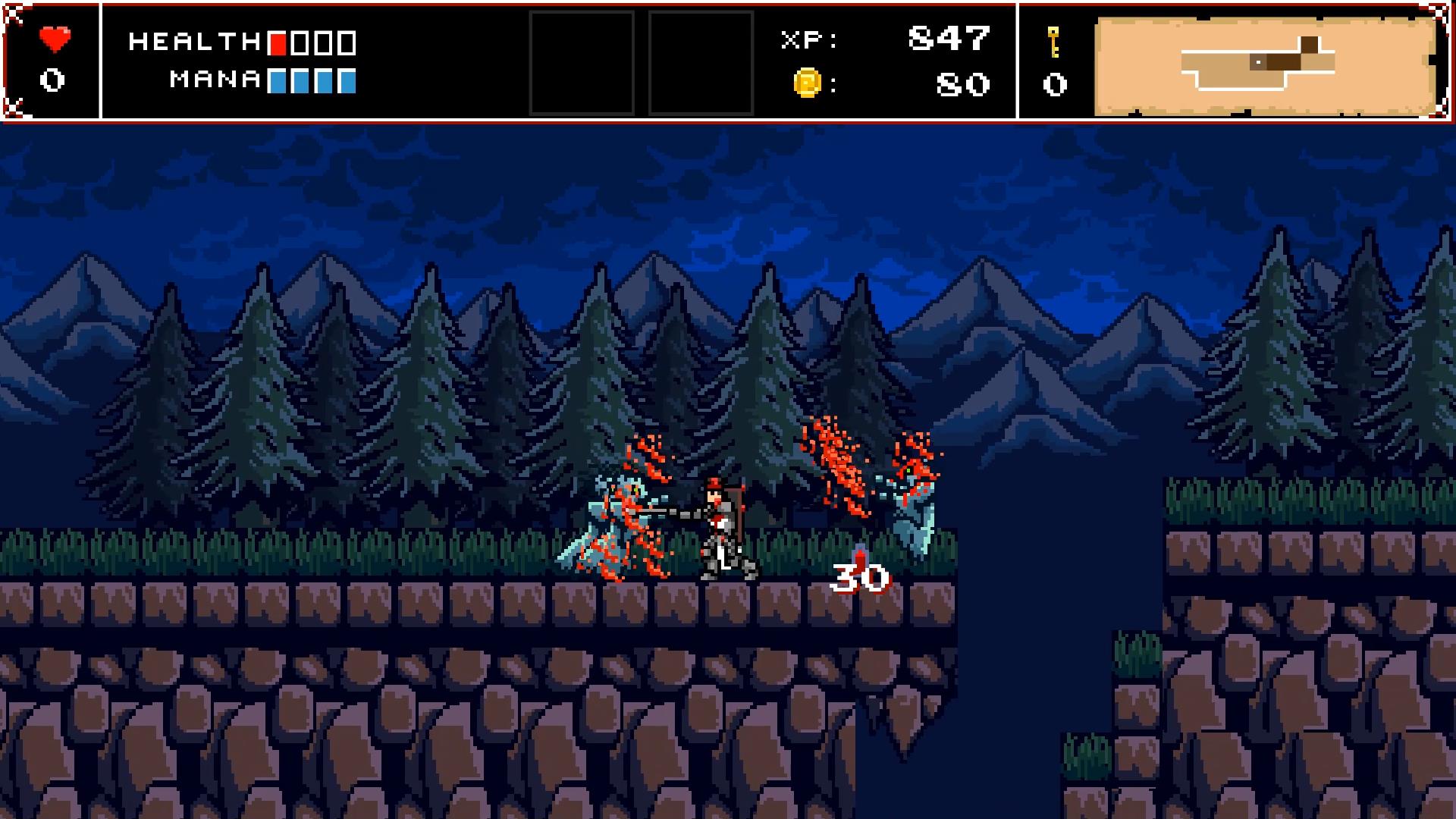 I plan to revisit Infernax, as the press release says you can get through it in 5-7 hours. If you find this game too difficult, there is a certain code you could use for more lives. The code escapes me though.  Enjoy yourself! For $20 on pretty much everything, and yes, Game Pass, too, available today. By the way, we do want to pass along the following:

Photosensitivity Warning: Please note that Infernax contains imagery of flashing colors, including full-screen flashes between brief patterns of red and white. While it's not currently possible to toggle the game's flashing sequences off, an option to Minimize these flashes is available in the game's Options menu under Accessibility, and Berzerk is actively working on improvements to this feature to be included in a future update.