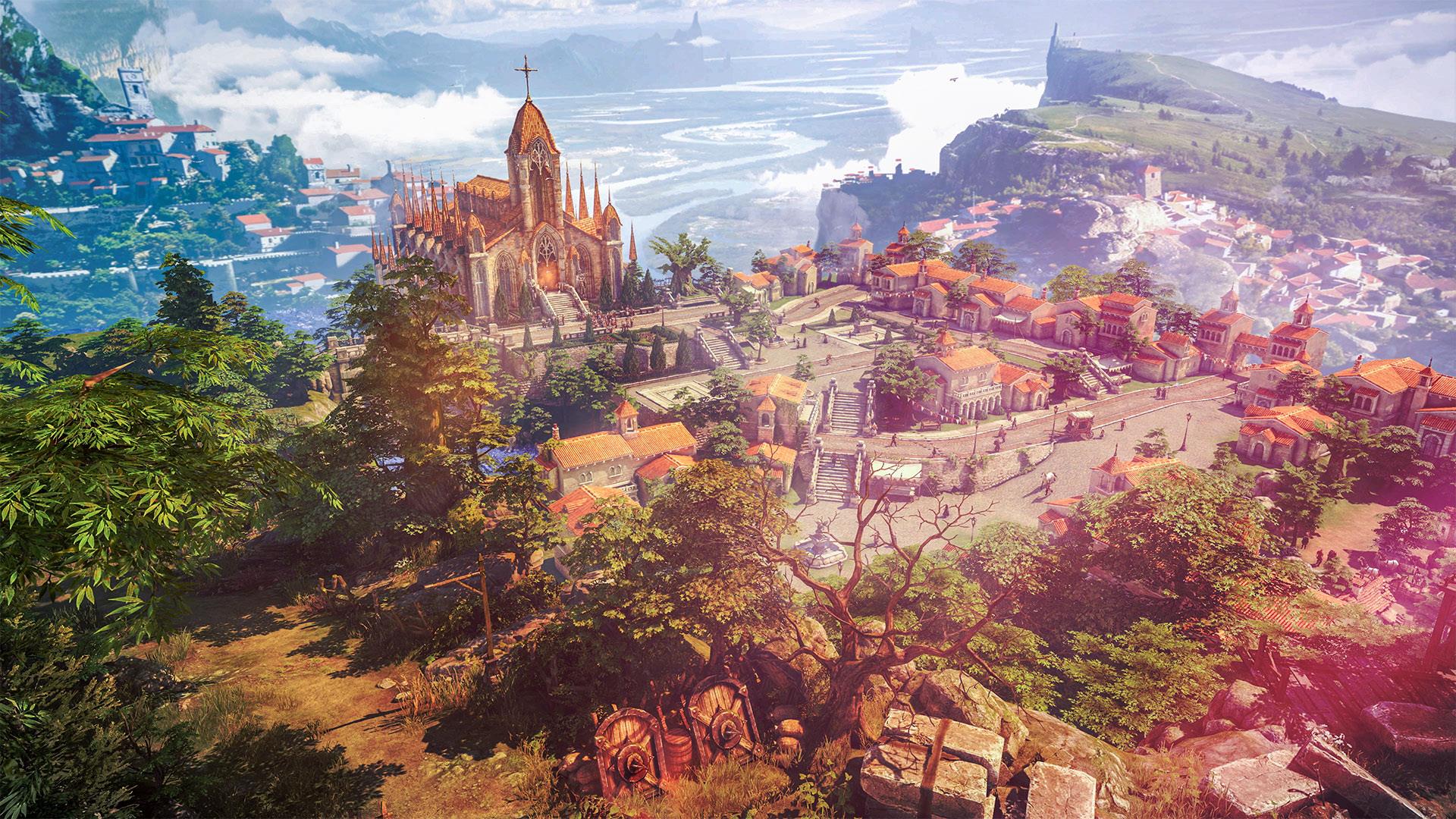 There was one topic on Frankie’s mind when he walked into our dorm room, World of Warcraft. It was the start of our second year at college. I had spent the summer working 40 hours a week at a garden center, but Frankie had spent it entirely behind a computer screen. I don’t think there will ever be a genre of game that has influenced my life as much as the MMORPG. After he described his summer, without hesitation I grabbed a copy of WoW - the game came on five discs back then - and booted the game up. Frankie was introduced to the game by his step-brother Brody, and the three of us, and my younger brother, spent the entire school year playing in our free time. Eventually Frankie and my brother grew bored of the game and it was just Brody and I. We continued on, going from guild to guild, raiding, dungeon crawling, even pet battling. Brody is still to this day my best friend, and we’ve probably seen each other in person less than 30 times. That’s the power of the MMO, connecting people who can live hours away, or just a few feet away. I’ve played a lot of MMOs since then, and Lost Ark is a good one.

One of those “rules” I am supposed to follow when reviewing a game is not talking about other games that I’m not reviewing. I’m going to break that rule for a moment, just to provide a little bit of clarity for anyone who, like me, had heard of Lost Ark, but wasn’t sure what they were getting into. While the game is a MMORPG it might be a bit easier to think of it as a straight up Action Role-Playing game, closer to games like Diablo or Path of Exile in how it feels and plays, and less like World of Warcraft or FINAL FANTASY XIV. I say that because if you are thinking this game is an experience closer to what I think of as a traditional MMO you will be disappointed.

One of the issues I normally run into with the popular Action-RPG type games is that the grind feels dull. I've noticed that a lot, especially when playing procedurally generated games, it feels as though I’m just grinding through an ever-changing world. I can go through the same door I just went through and it’s a completely different layout. I can play the same levels over and over, and the same items are in different ever-changing locations, but they always look and feel the same. I did not have that experience with Lost Ark. The zones stay the same, the world feels like a world. I liked that continuity while leveling different classes, making it easier and faster to level a second and third time around. 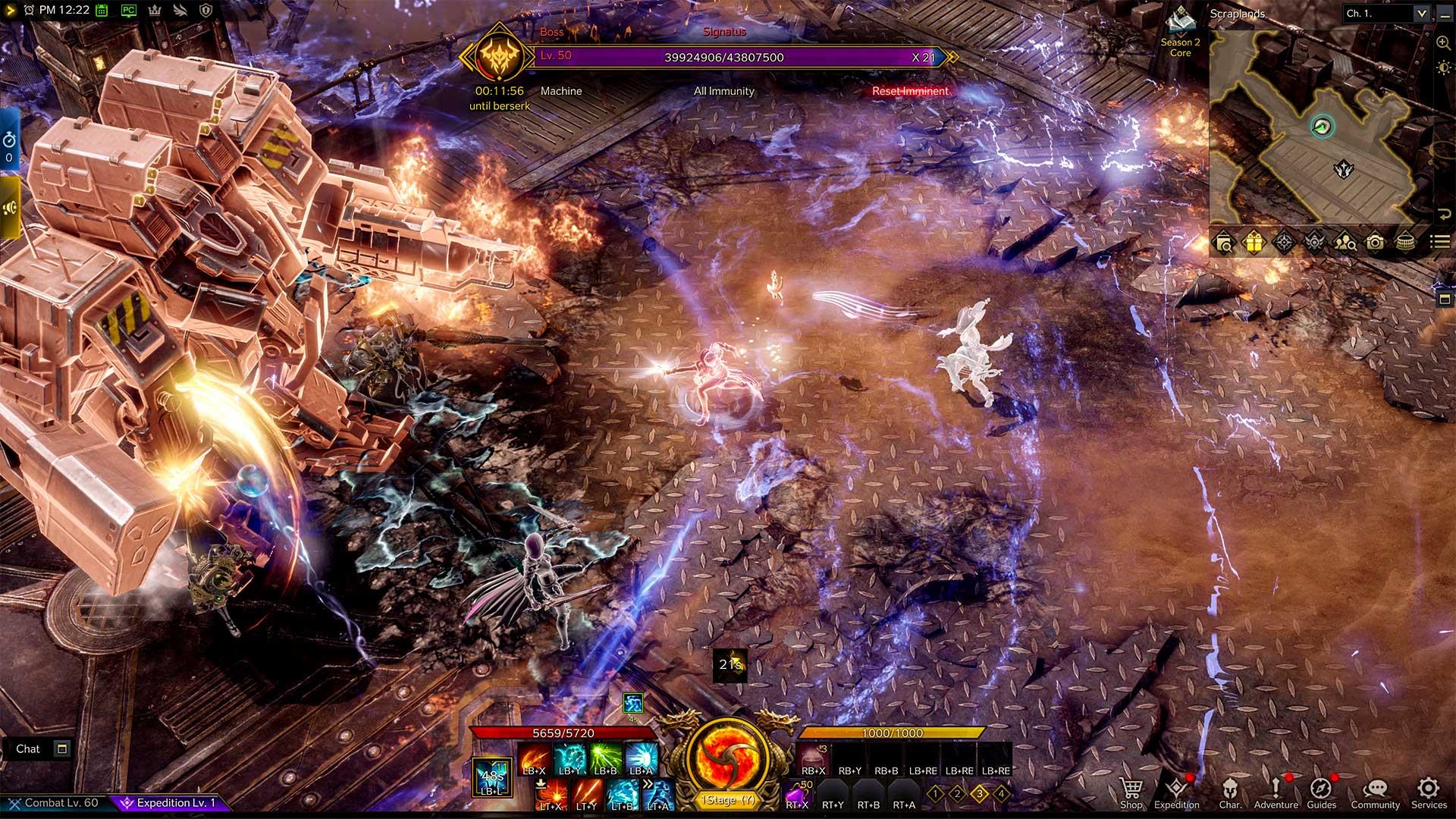 I also feel overwhelmed at times with Action-RPGs, there are so many things being dropped constantly, and trying to pick it up or sift through it all while still continuing to fight and move can become chaotic. Some of the popular games in the genre require extra reading to make sure you’re playing the game correctly. With ever changing metas, even how to level the same class can change drastically from patch to patch. I have only played one version of Lost Ark, but I never felt like I was making the incorrect decision on how to level my characters. Out of all the choices I could make while leveling, most of them feel like I could play the way I wanted to, no right or wrong tree to level up. 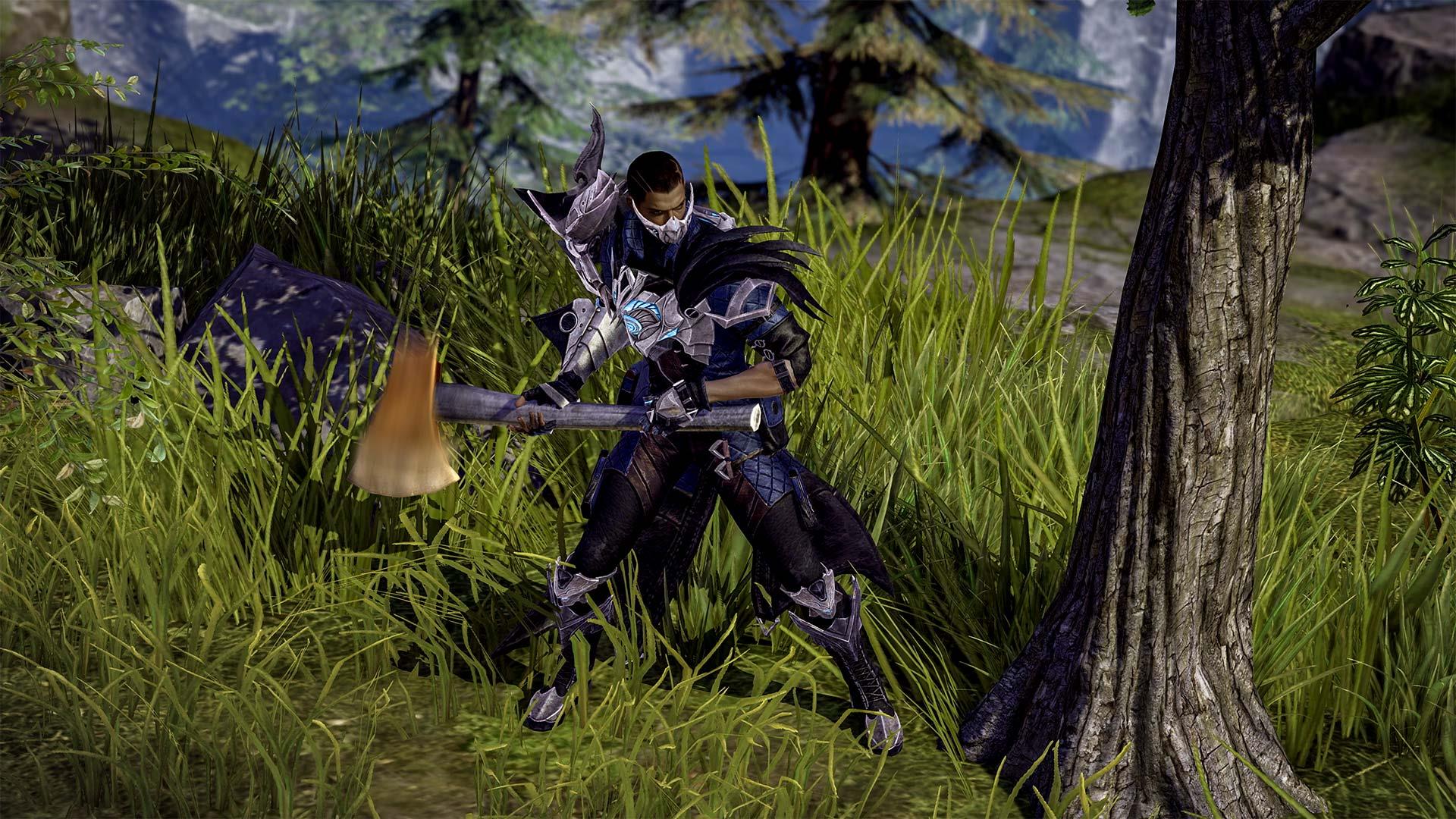 Lost Ark plays in a  way that will feel familiar to those that play a lot of Action-RPGs. Go from town to town, tracking down pieces of the Ark to stop the ultimate evil. On top of the familiar gameplay is added MMO-style questing as well. Combining the two is a nice touch, letting me choose to do something other than follow the main story if I choose. You are rewarded more experience if you choose to play through the main storyline, and the story was interesting enough that it kept my attention. 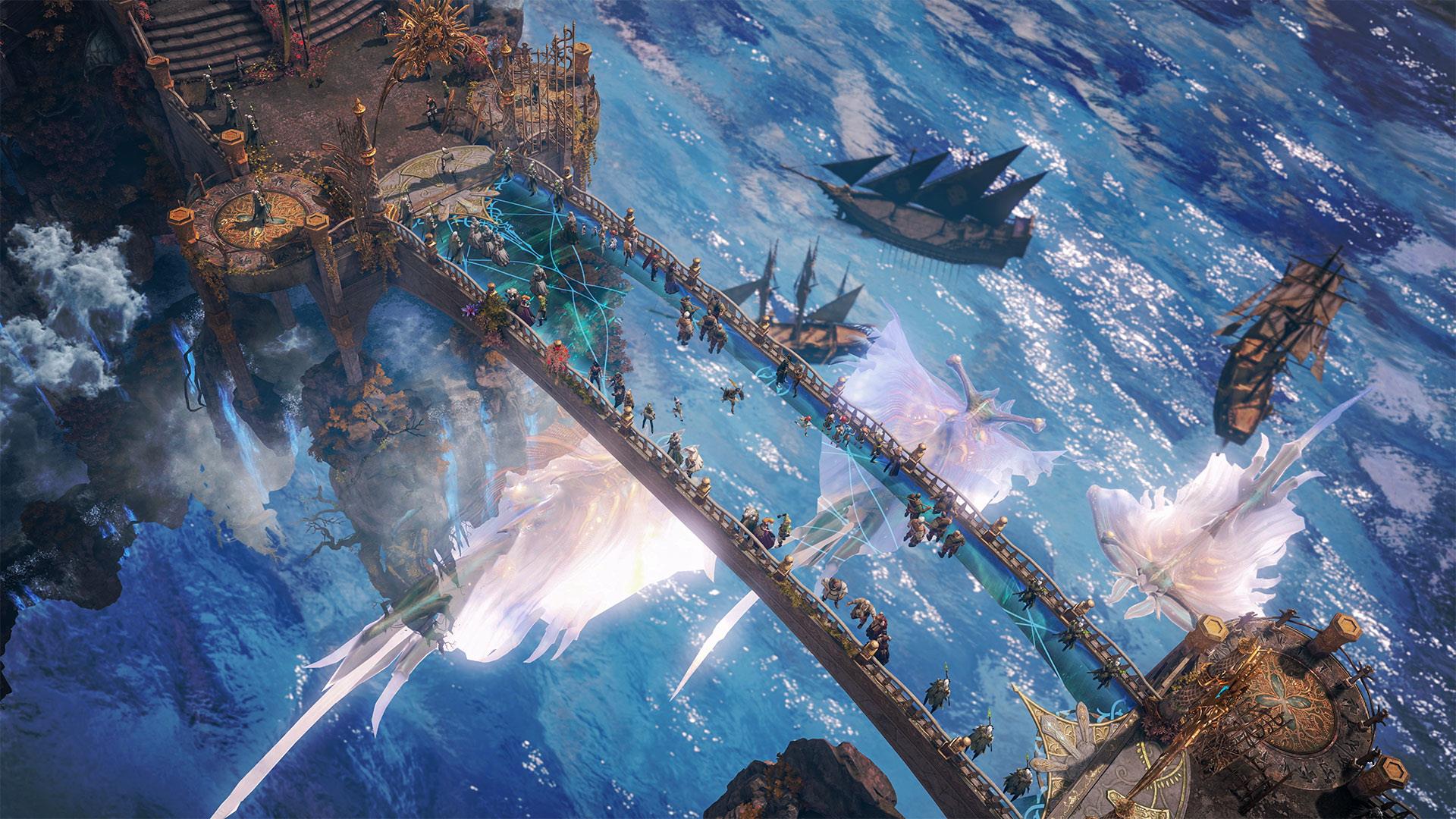 The game starts you out at level 10. I did a little digging around and that was not always the case. Each class had its own original mini opening story that has since been scrapped for an opening that everyone shares. Since you now start out at level 10, your character already has a bar full of moves. My first time playing I briefly felt a little overwhelmed, but just by reading the description of all the moves before setting out, I eliminated any issues. While I would have liked to see what the first 10 levels were just to see, a game that learns from its mistakes and adjusts to make the overall experience better is always welcome. The level cap right now is 50, which took me about 20 hours to reach on my first character, and only a few seconds on my next character. Once you hit level 50 the first time you get a free boost for another character, which I love the idea of. The last thing I want to do is start the process all over to have another max level character. 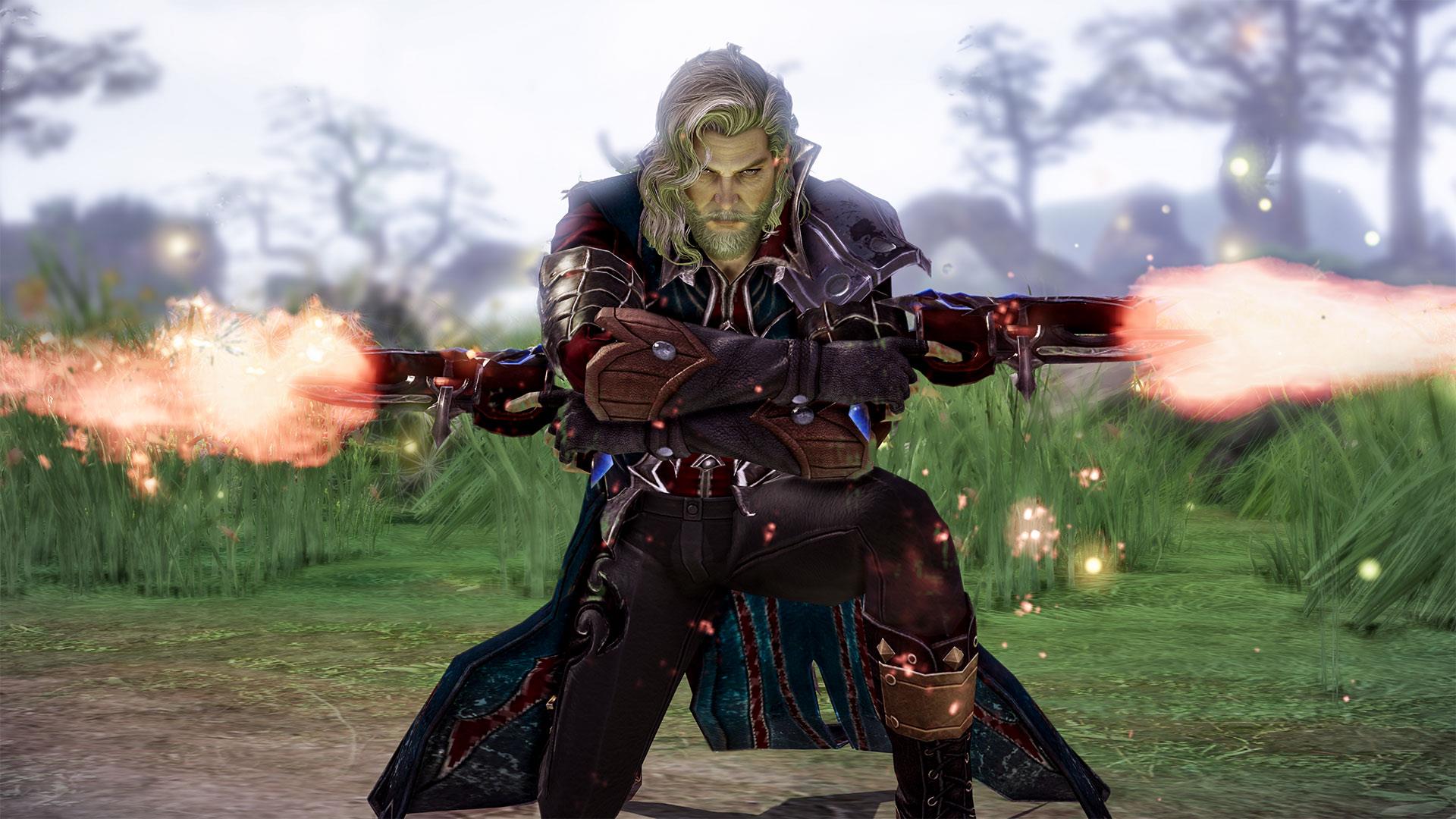 Lost Ark may only have five main classes, but each one has between two and four subclasses, so play style can vary a ton. I find myself drawn to range classes, and found the Gunner to be my favorite class overall, and the Mage to be my least. The melee classes, Warrior, Martial Artist, and Assassin were fun as well, but melee classes are just harder for me to enjoy. Some classes, like Gunner, played best with the traditional keyboard and mouse set-up. But all three of the melee classes were most enjoyable when I would pair them with a controller, which took little effort to set up. Each class plays differently enough that you can find the style you want; none of them were hard to learn the basics. Be warned though, you won’t find the typical tank, healer, and DPS style of gameplay you expect from an MMO.

Along with a range of playstyles comes a range of character customization. I easily spent 15 minutes on designing my first character. Lost Ark offers more than most games in the customization department. I found more than enough hairstyles and colors to make my character feel personal to my tastes. 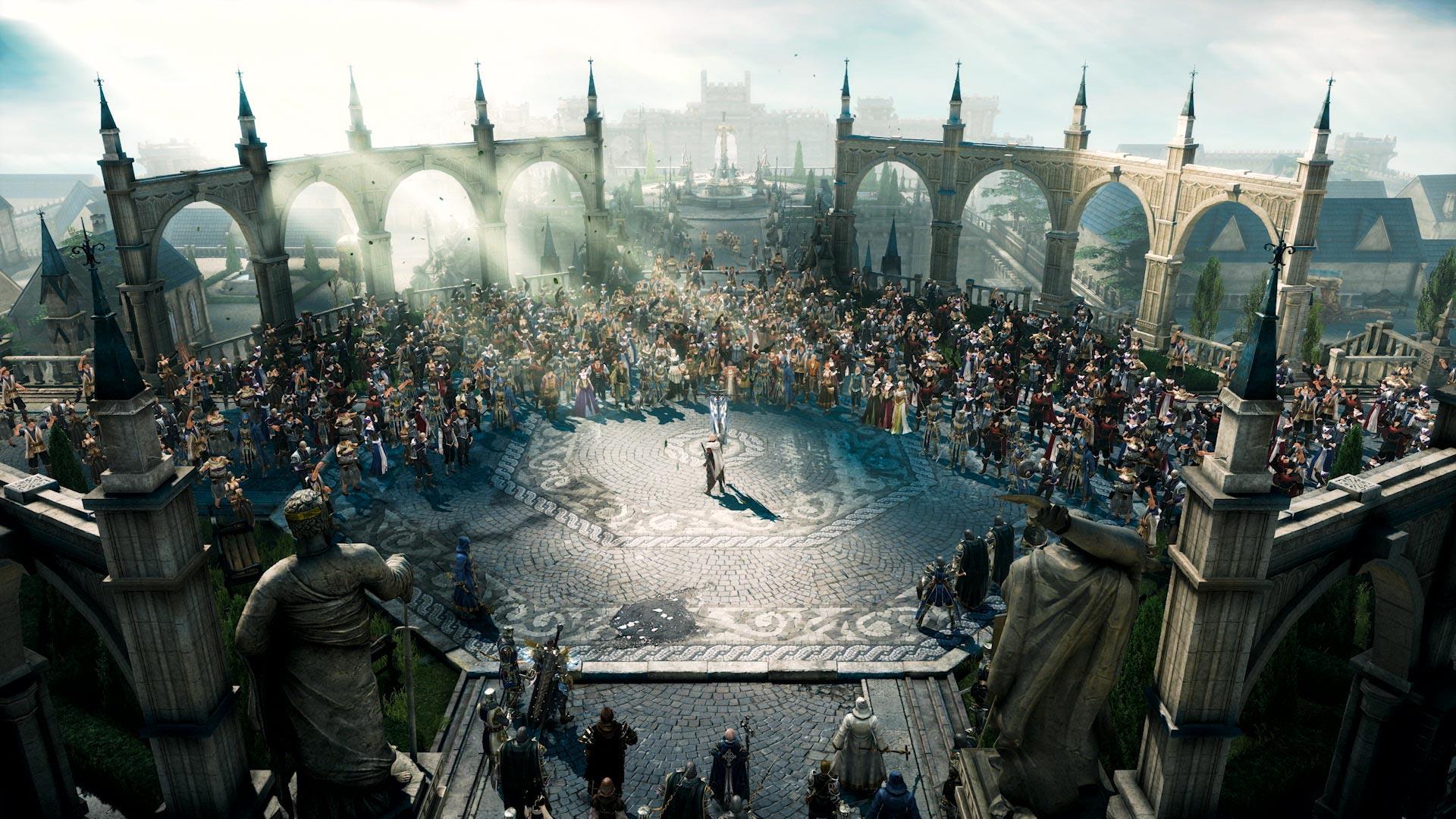 I only had a few quibbles with Lost Ark, mainly shortfalls found across the MMO genre in general. Fetch quests, fetch quests everywhere, and few of them advance the story. They are nothing new, and I expect them. I’m just over them when it comes to quest design. While the fetching wasn’t hard or really out of the way, it was still the most boring part of the level grind. There also isn’t a lot of quest stacking. I don’t leave a hub with 12 quests and turn them all in at once, but rather go and do a quest, which leads to another, and then another. Being more story-driven with a central story makes that a bit harder, and like I said, the side quests were a bit dull. The non story-driven quests were easily the lowest point for me. It’s not that I hate them, they’re just a bit generic. 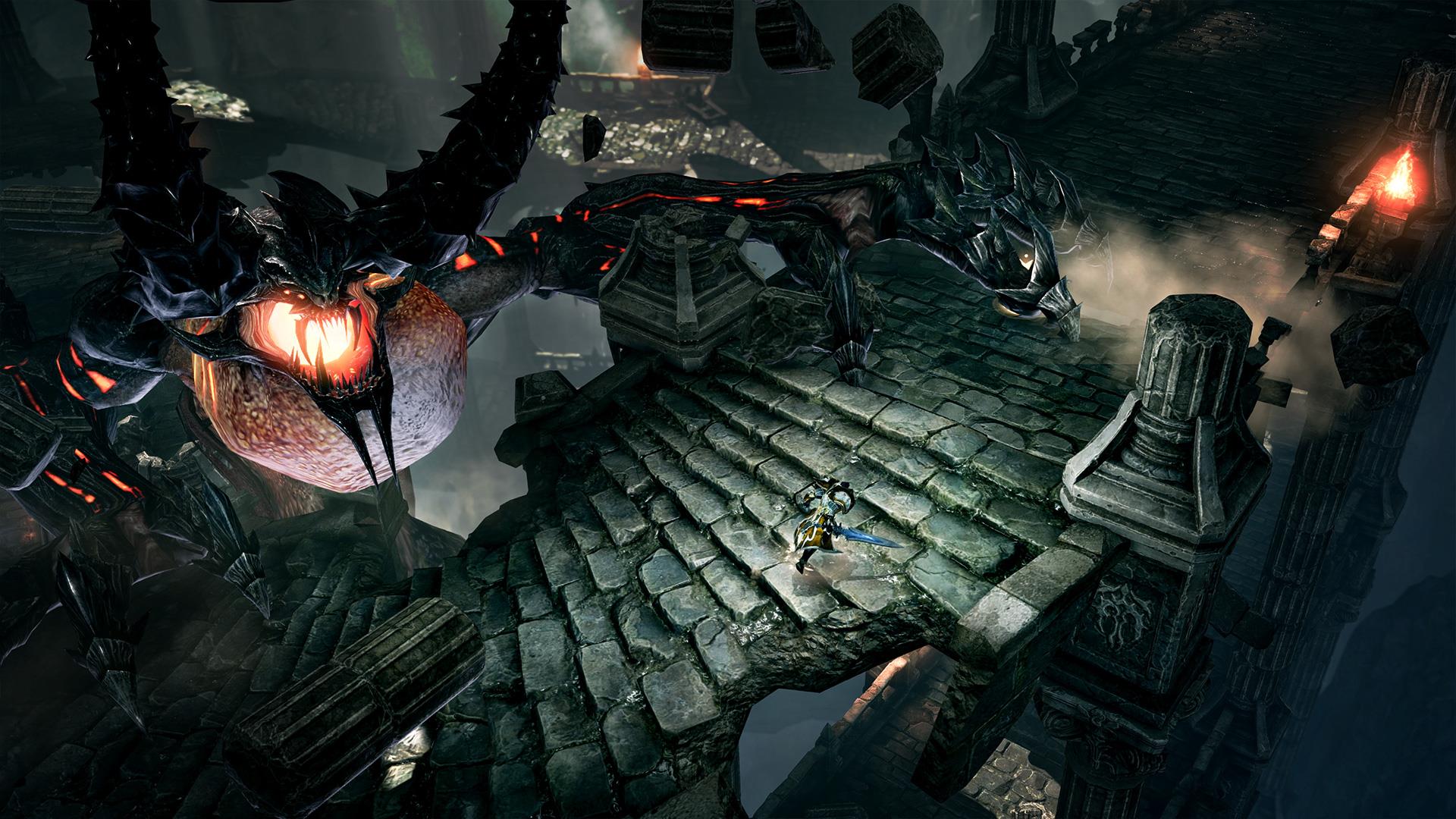 Having said all of this, I really focused on leveling a character and trying out all the classes. This is a game that will need a few months of constant playing to give a complete and thorough review of the overall game. I did not experience the end game content, and from what I gather there is a mountain of content to see and experience. Things could shift once I'm able to really dig into the endgame with a group of friends.

The story, action, visuals, and customization found within Lost Ark are all solid; the biggest draw being the unique classes, each one plays differently from one to the next. If you are into Action-RPGs then the new kid on the block is something to check out. If you want a traditional MMO, though, you may be disappointed. I enjoyed my time with the game, and I can’t wait for my friends to be able to make a character so they can participate.

Lost Ark is light on the MMO, and heavy on the action- RPG, taking all the elements from MMOs that make them great, and a few that make them a bit dull to fans of the genre. It’s easy to get lost in the customization before you even set foot in the fleshed out world. The five main classes are the big star, each feels and plays differently enough making me want to replay the game just to try them out. Being able to tackle this game with friends will make for a better overall time with the game, but it isn’t required to have a good time. Lost Ark warrants a look if you like action-RPGs, MMOs, or both.