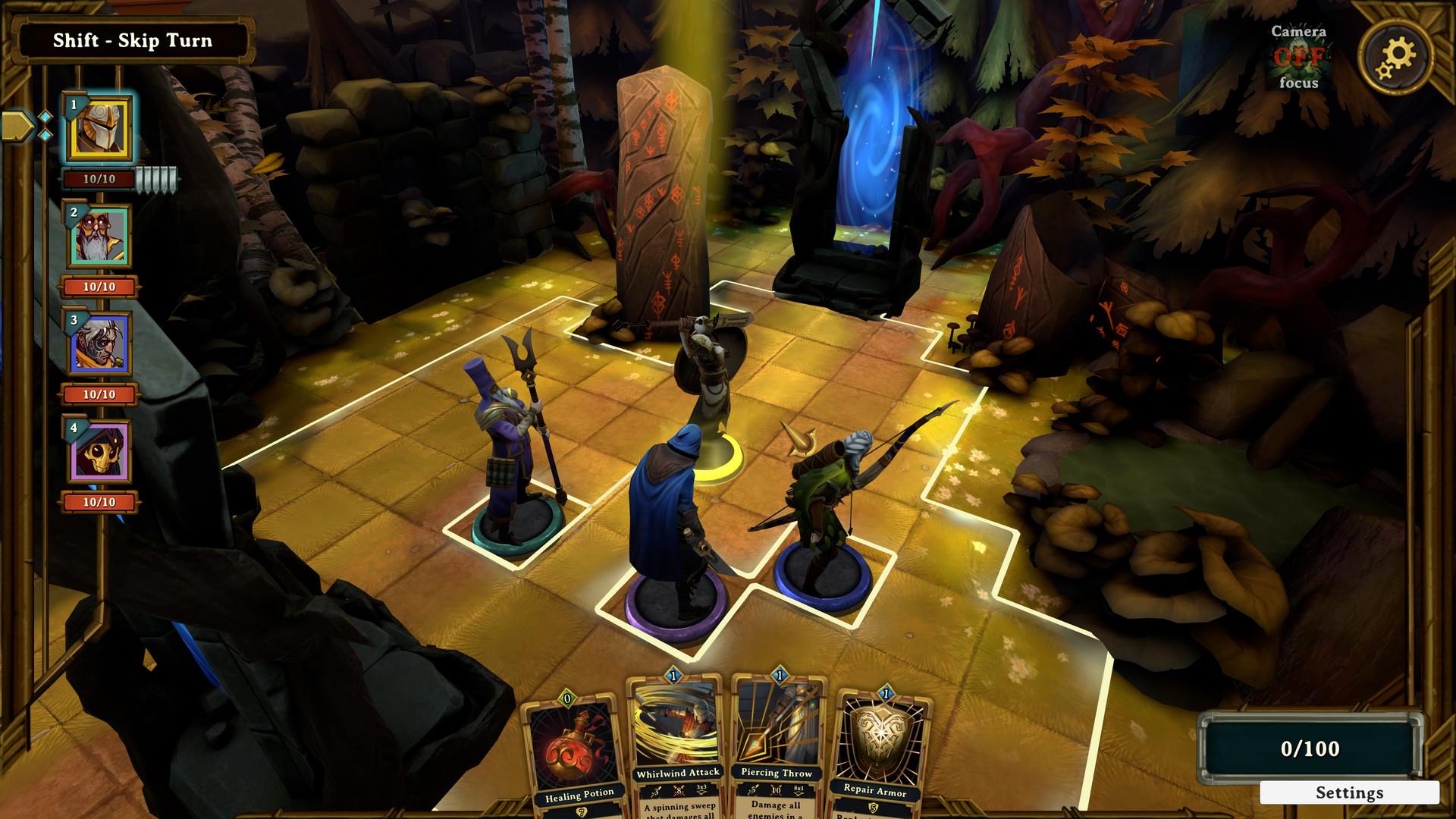 Demeo was released on VR platforms back in May 2021, and D&D (and VR) fans around the world rejoiced. After spending over a year trying to figure out how to play board games and tabletop RPGs remotely during the pandemic (Gaming Nexus has an ongoing Slack D&D campaign), players were able to hop into VR and be instantly transported into a game with their compatriots occupying the same space in the game, regardless of where they were in the world. The perfectly scaled-back rules allowed for pretty much anyone to hop into a game and understand the flow of the game, but Demeo still offered a great deal of challenge to even the most hardened team of adventurers. Demeo quickly became a VR hit, with a "Very Positive" rating on Steam and a ton of year-end awards showering the development team at Resolution Games.

But still, something was missing. After all, though there is likely a strong cross-section between D&D fans and VR fans, not everyone that enjoys tabletop gaming has a VR rig all set up and ready to roll. What about that one sad player that likes to play with the group but hasn't yet taken the leap to grab a Quest 2? Don't they still deserve a way to join in with the gang while they are playing the latest Demeo module? Resolution Games thought so, which led to the development of Demeo: PC Edition - a new version of the game developed for Steam players, which will allow full cross-play between PC players and VR players, regardless of their platform. 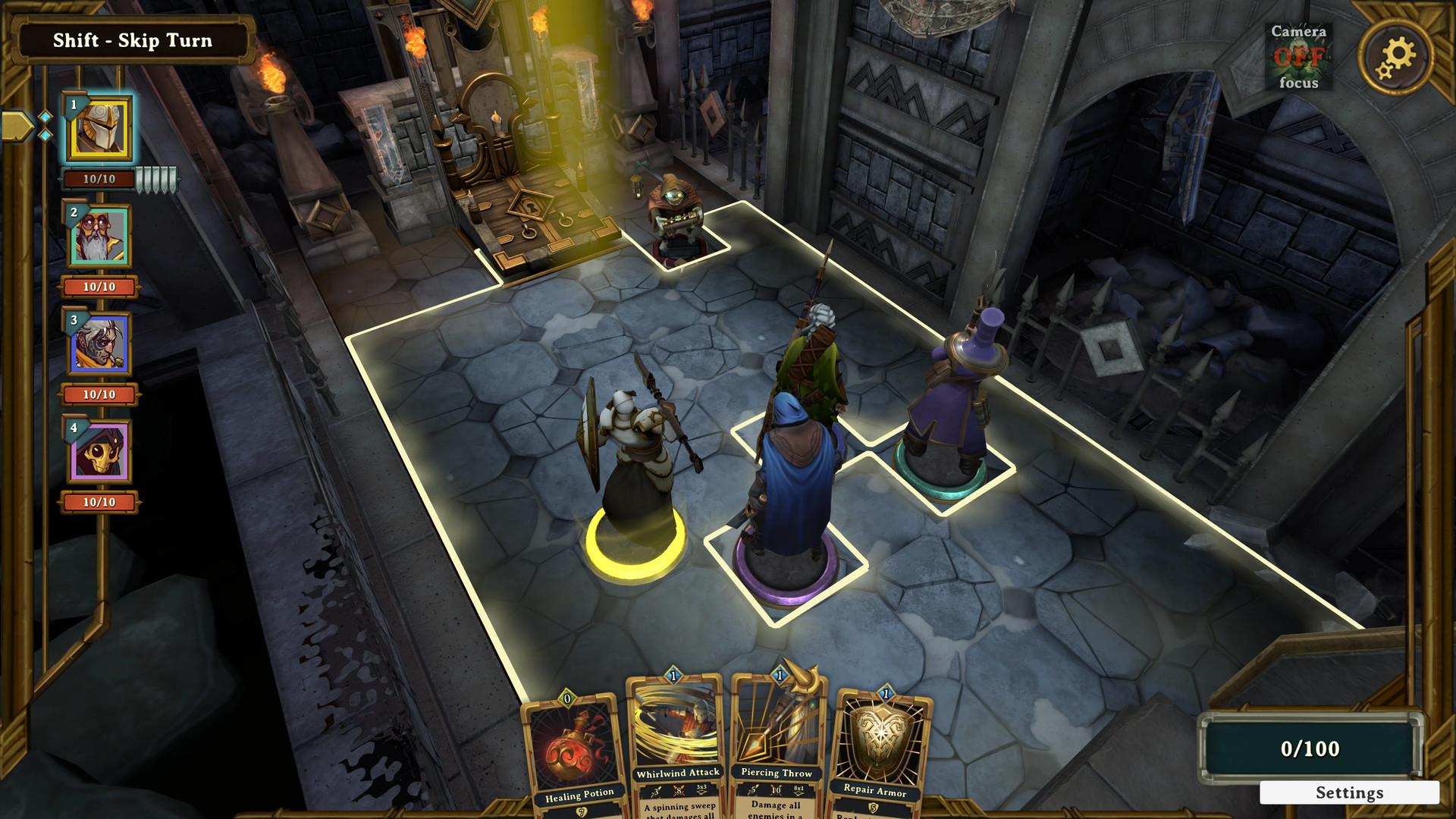 I had the opportunity to sit down with Gustav Stenmark, Producer and Pawel Pilacki, Lead Programmer and Developer at Resolution Games for a quick crawl through one of Demeo's opening dungeons, and I can confirm that - though we were playing an early, pre-release version - the game works fantastically. The team at Resolution Games have been able to convert Demeo VR's very intuitive control scheme into a mouse & keyboard configuration that works great on a flat screen - and controller support is expected soon as well (maybe at launch, but if not, soon after). Take a look at my play session with Gustav and Pawel; regardless of format, it was a pretty fun session. Due to the game's procedural generation, Gustav and Pawel did not know what to expect, and we were all slightly panicky as we got absolutely swarmed by bad guys, but still managed to barely avoid a complete bloodbath wipe.

In the below video, you can clearly see how easy it is for players to jump into a game using Demeo's very simple room code functionality. Players on PC will still be able to look around the room, able to see their friends gathered around the board. All of Demeo's standard actions - tossing the die, moving characters, managing cards - have been nicely mapped to the mouse, making playing on a PC screen an absolute breeze.

Gustav confirmed that the PC version of Demeo was no afterthought - the idea of cross-play with a full PC version was part of the initial conception of the game. Still, the adaptation was not without challenges. "In a VR game, your head is the camera. You can lean in and see the board, and look around. So one of the first challenges we faced was getting the camera controls right, so you could get the same overview and immersion. We built a camera focus system so you could follow the action when it was not your turn. We did quite a few iterations and playtests - both internal and external - to get everything right, but I do feel that we reached our goal."

Along with the release of Demeo: PC Edition, the team at Resolution has a full roadmap of fun new goodies for Demeo fans (Gustav confirmed that the team is fully focused on content for Demeo, with no plans in place to pivot to a new title any time soon). In addition to the three adventures currently available (The Black Sarcophagus, Realm of the Rat King and the recently released Roots of Evil), two new adventures are scheduled to release in 2022. New adventures means more new power cards for each of the characters, which in turn means new cool interactions between the characters' powers, allowing teams to develop new strategies. 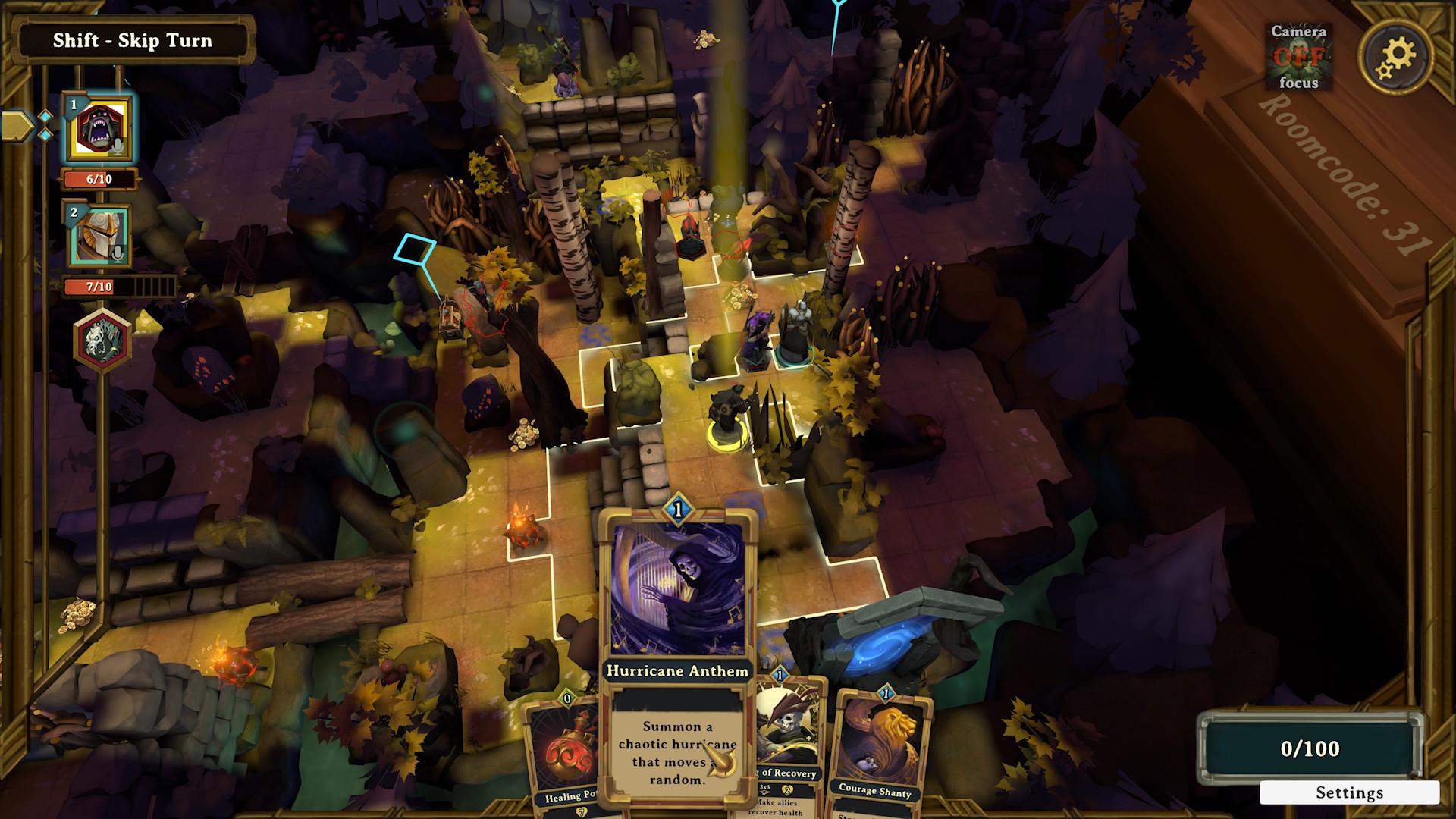 The team as Resolution is also preparing a four-player PVP mode, which will allow players to take Demeo's archetype characters into battle against each other. And perhaps most excitingly, a new "Player Hangout" is scheduled to release later this month, which will allow players to hang out in a social space, getting to know other players and playing minigames, including Hauntlet, designed by Doom co-creator and Resolution Games senior creative director Tom Hall. Demeo fans have a lot to look forward to over the next year, and it's exciting that this new version will allow more players to join in on the fun.

Demeo: PC Edition can be wishlisted here, with an expected release date of April 7th. The demo I played with Gustav and Pawel will be available as part of Steam Next Fest, starting on February 21. And of course, if you are a VR fan, you can pick up Demeo right now at your favorite VR storefront.