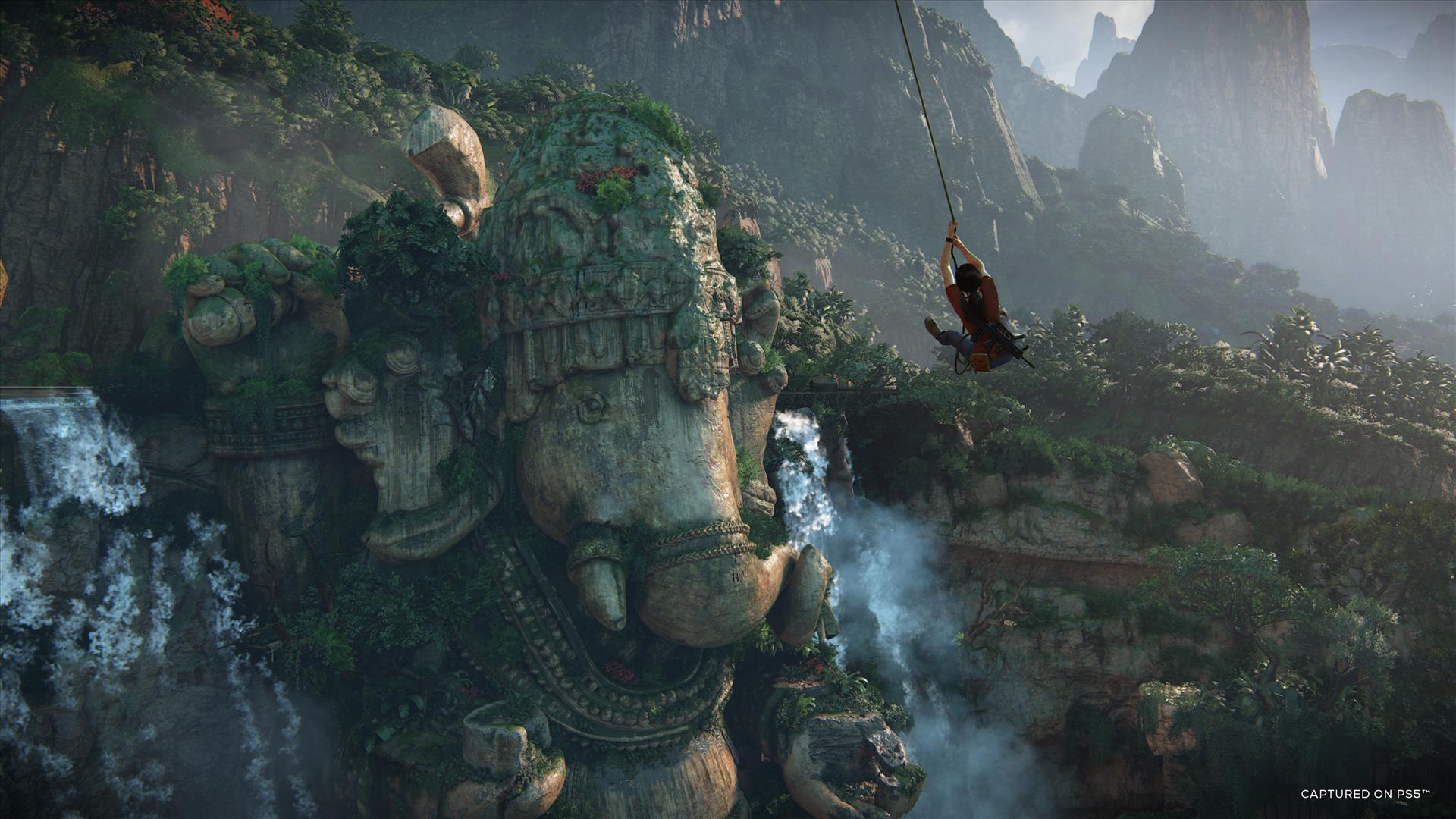 Written by Henry Yu on 1/26/2022 for PS5
More On: Uncharted: Legacy of Thieves Collection

The Uncharted series has always scratched the itch to explore, and fulfilled the desire to be like Indiana Jones. It’s also no news that Uncharted 4: A Thief’s End was a grand and fitting finale to Nathan Drake’s adventures and a visual spectacle on the PlayStation 4’s hardware. The same sentiment goes for Uncharted: The Lost Legacy, which brings back Chloe Frazer from Uncharted 2: Among Thieves and Nadine Ross from the fourth title in a spin-off adventure across the mountains of India.

Just as developer Bluepoint Games bottled up and remastered the first three Uncharted games in The Nathan Drake Collection for the PlayStation 4, Naughty Dog has expertly enhanced the last two Uncharted games in a next-gen bundle for the PlayStation 5 titled the Legacy of Thieves Collection. It would have been nice to have the entire series packed and remastered into one concise collection, but that’s just being nitpicky. 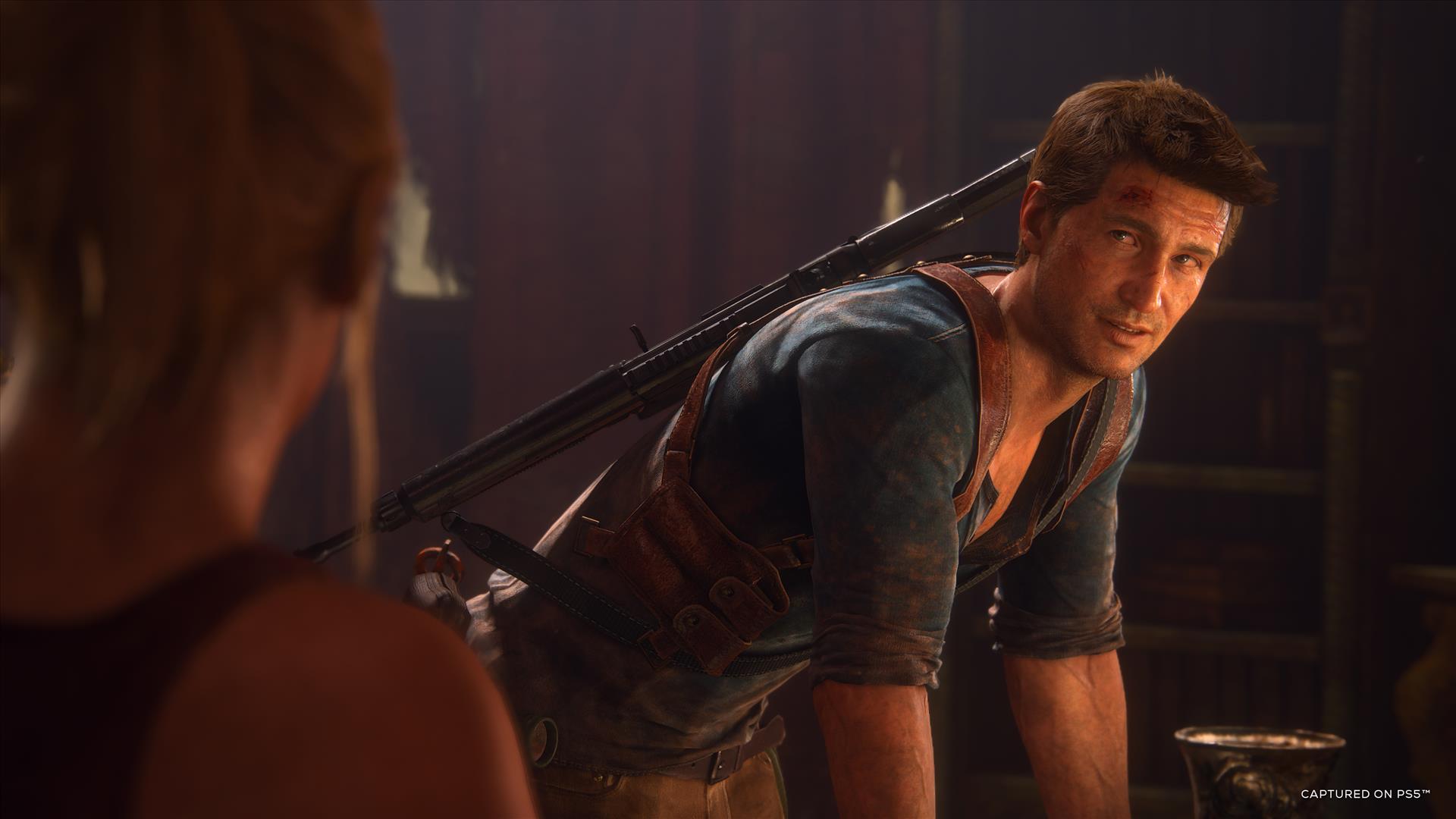 It’s no doubt that both games in the collection are narrative masterpieces standing at the forefront of the action adventure genre, even to this day. As such, this review will dabble more into the technical improvements upon the base games rather than the contents of each game, which have been left untouched. The difficulty levels, ranging from explorer to crushing, are still present, along with collectible artifacts, a photo mode, optional dialogue sequences, and chapter selection after beating the game once.

It is important, however, to note that both Uncharted 4: A Thief’s End and Uncharted: The Lost Legacy included multiplayer gameplay and a survival mode. Unfortunately, the remastered collection does not contain either, which is a bit of a letdown, considering those modes were big components outside of the single player experience. This is somewhat in-line with what Bluepoint Games did with The Nathan Drake Collection, as those did not include the multiplayer modes either. 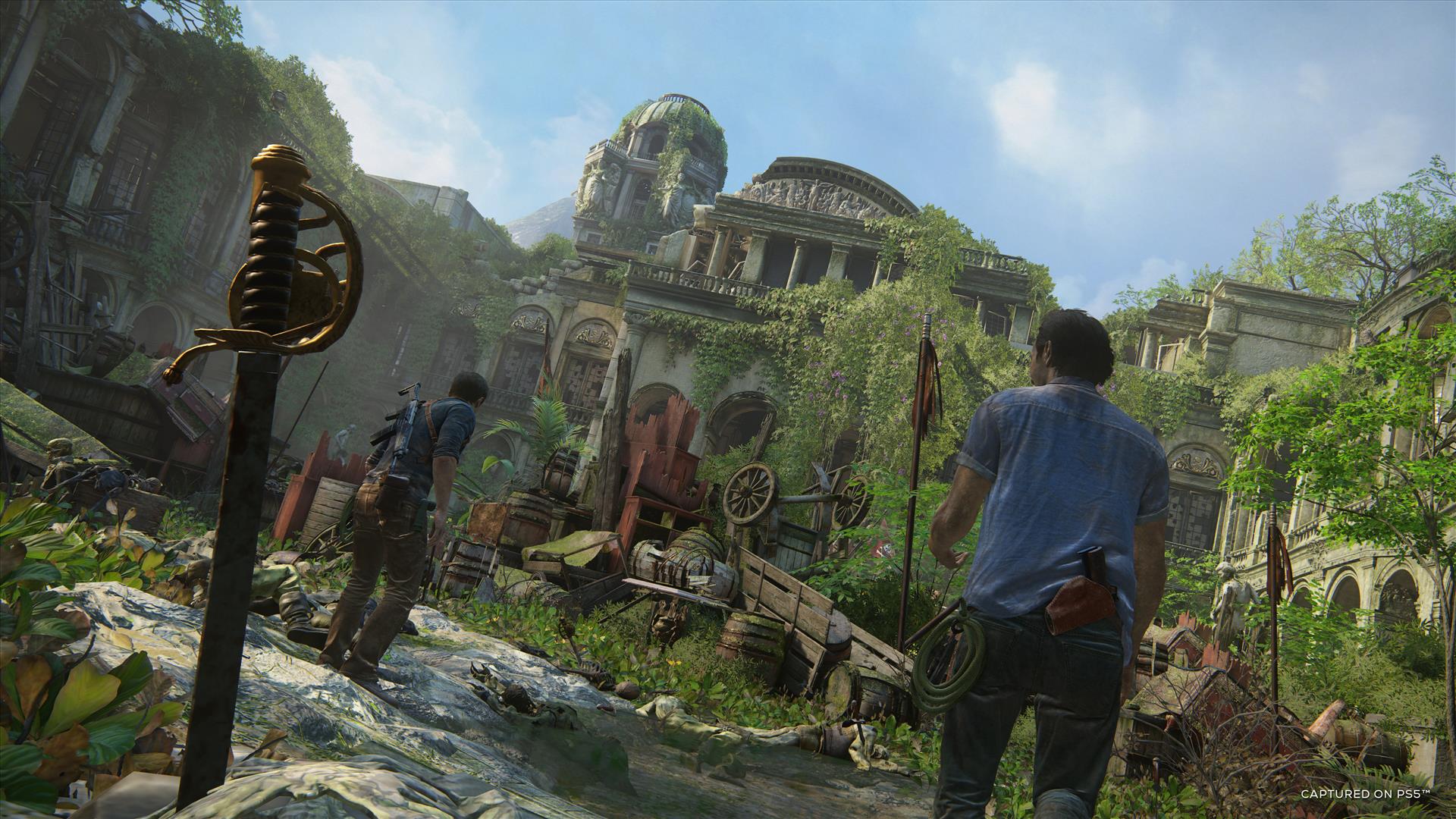 The Legacy of Thieves Collection makes excellent use of the DualSense Wireless Controller with haptic feedback and adaptive triggers. Whether you’re throwing punches, sniping enemies, platforming over pillars, swinging across jungles or driving over slippery mud, you feel even more immersed with locations depicted in the game. Nothing comes close to experiencing the reverberating beats of navigating a boat among humongous waves in a Madagascan storm or falling off a crumbling ancient statue in an Indian temple. Your controller also rumbles whenever you get hurt or there is an explosion that affects your immediate surroundings, making you really feel like the character you’re playing as. Immersion is additionally enhanced with 3D Audio, especially with the Pulse 3D Wireless Headset, as voices, gunshots, and the world around you come to life. 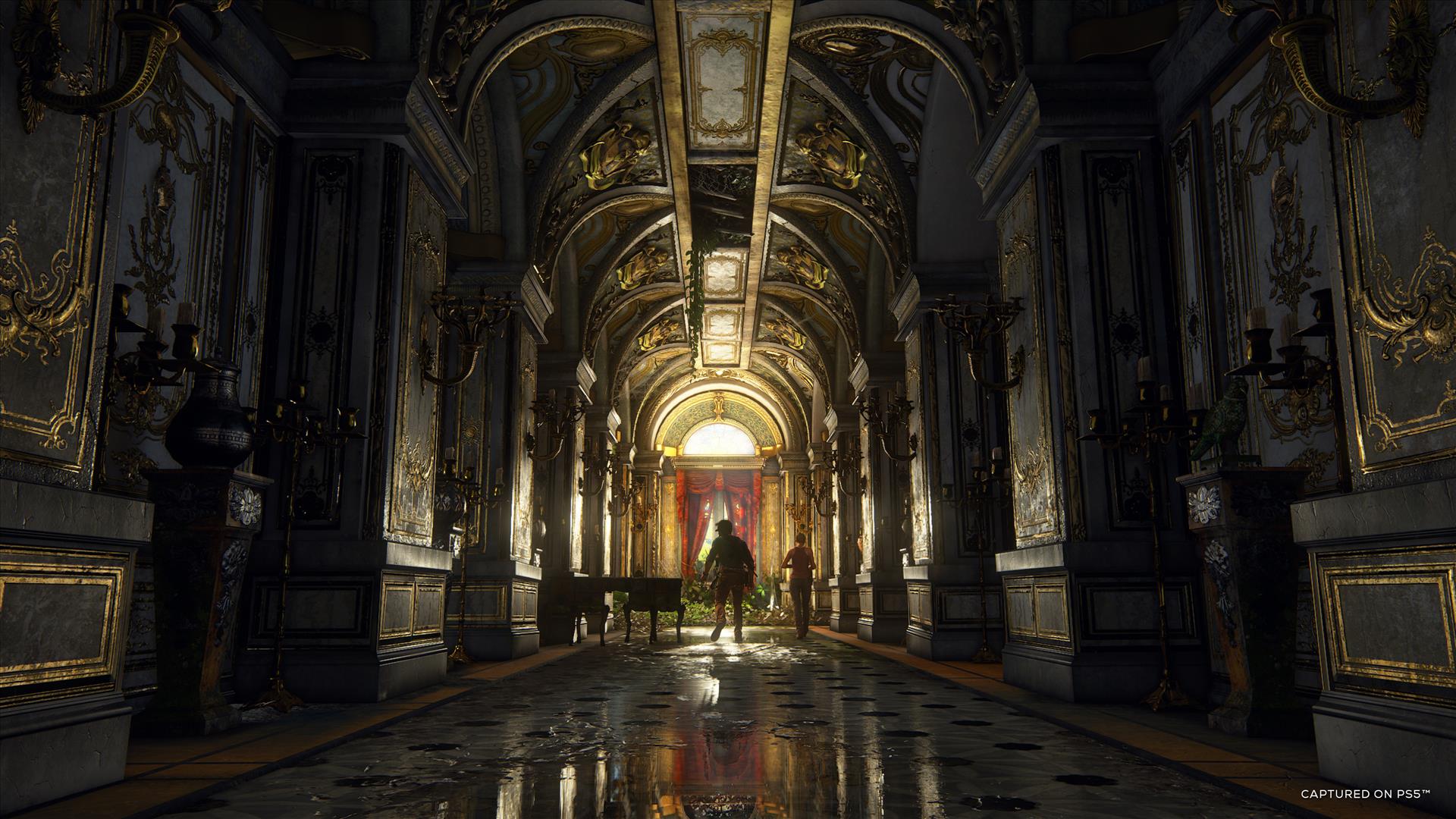 The graphics featured in the original games were already way ahead of their time, considering Uncharted 4 came out in 2016. To this day, both titles hold extremely well against most Triple A titles. Because of this, the remastered collection does not feature much of an improvement in terms of visuals compared to the original. Textures, colors, and lighting are a bit crisper and more detailed but unless you are actively searching for differences, it’s unlikely you will notice anything off first glance. The Lost Legacy does look a tad bit sharper than A Thief’s End though, which makes sense, considering it was released about a year after its predecessor. 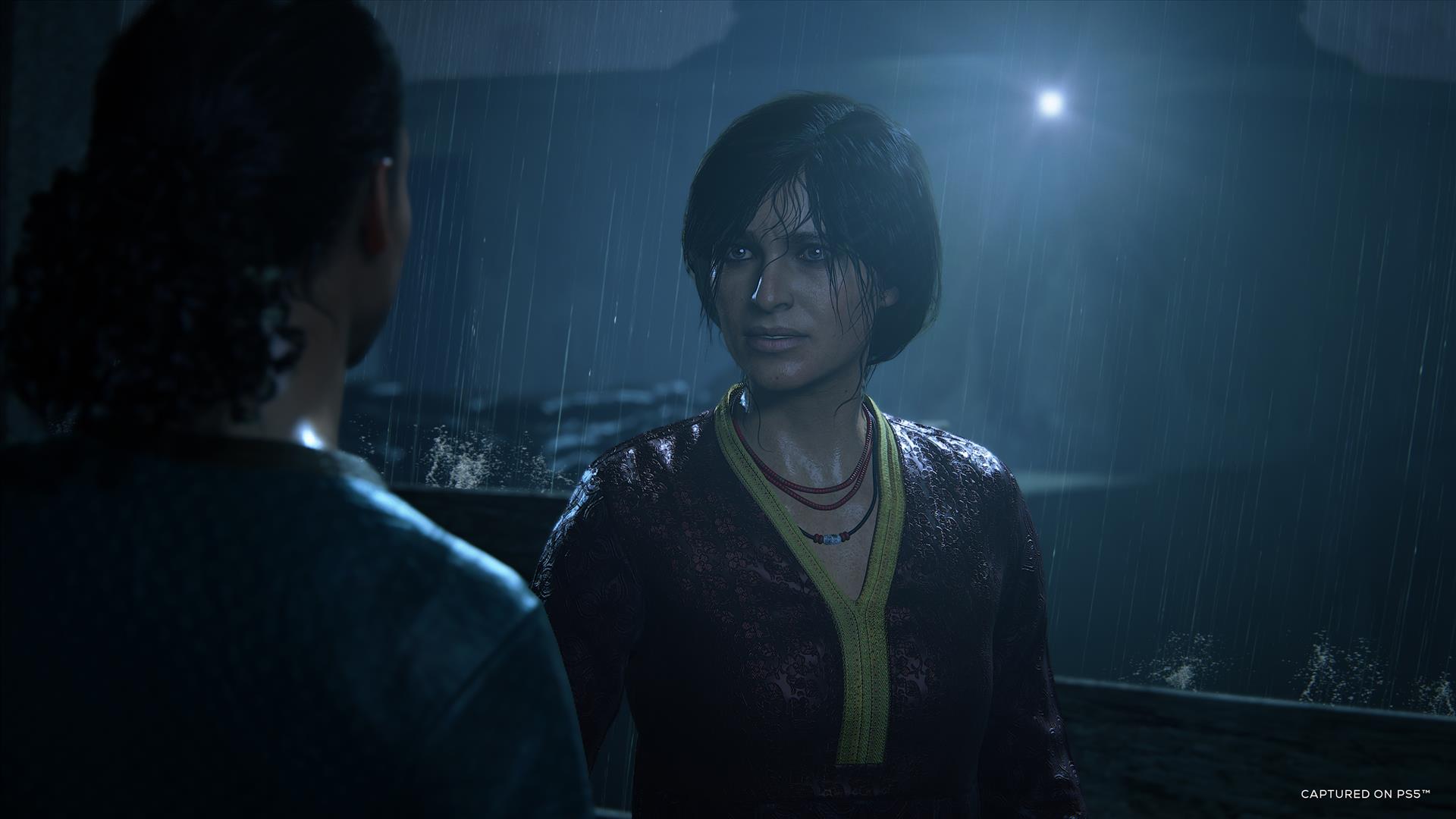 In my entire playthrough of both games, I only ran into one game-breaking bug, which featured a break in transition between a platforming jump and a cutscene between Nathan and Sam. A hard reboot was required since the game crashed, but other than this, my overall experience with the collection was flawless and phenomenal. The Legacy of Thieves Collection takes up around 70 GB whereas Uncharted 4 took up 63 GB and The Lost Legacy took up 45 GB, meaning Naughty Dog was able to consolidate both games with less memory.

The outstanding voice acting, the brain tickling puzzles, the narrative twists and turns, the character developments and relationships, the fast-paced action – they’re all still here. If you haven’t played the last two Uncharted titles, then The Legacy of Thieves Collection is definitely the way to finish off a series of games that started back in 2007 on the PlayStation 3. The number of technical improvements, however, do not warrant a second standalone purchase for those who have already beaten the originals, but Sony has conveniently offered a generous upgrade path for those who own the base games.

Uncharted: Legacy of Thieves Collection is an unparalleled cinematic experience that wraps up the adventures of Nathan Drake and Chloe Frazer. The boosted framerate, instant load times, and intuitive use of adaptive triggers and haptic feedback make Uncharted 4: A Thief’s End and Uncharted: The Lost Legacy well worth revisiting on the PlayStation 5. Now when can we expect to see The Last of Us remade on the PlayStation 5, Naughty Dog?

The Uncharted series has always been at the forefront of the action-adventure genre. The Legacy of Thieves Collection is undoubtedly the definitive way to play through the last two chapters of this long running series, with lightning fast load times, excellent visuals, boosted frame rates, and immersive utilization of the DualSense controller and 3D audio. Don't skip out on this narrative masterpiece!