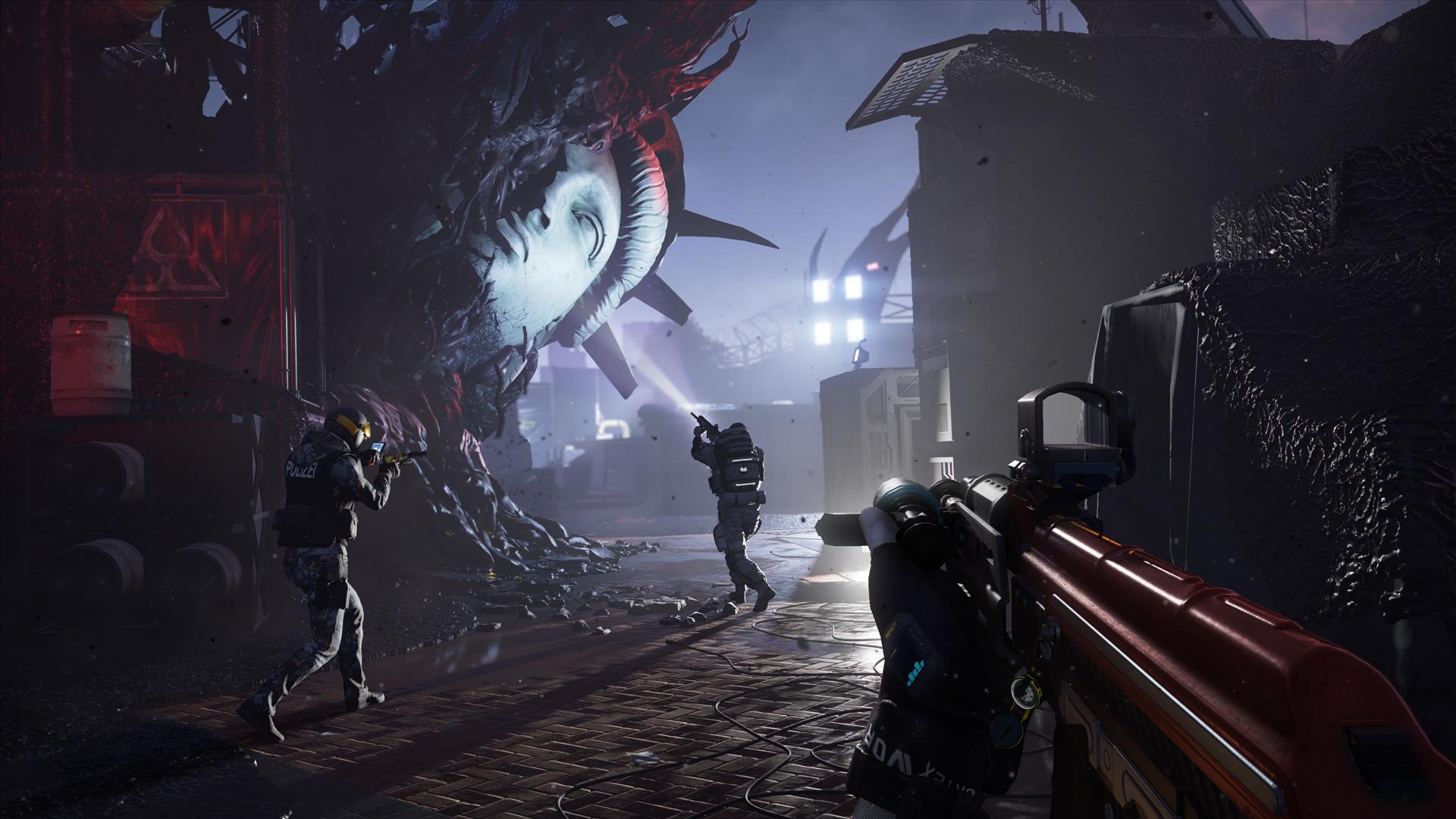 Rainbow Six Extraction releases on January 20, 2022. Gaming Nexus and Games N Moorer were able to team up late last week for a quick run at Ubisoft's new co-op shooter, and had a blast fighting our way through the New York levels. While we haven't had enough time with Rainbow Six Extraction to offer a full review prior to release, our first impressions of the game are very strong. The three of us had a blast sneaking around the three New York maps, fighting off the Outbreak while trying to accomplish a surprising variety of objectives.

Rainbow Six Extraction is something of a departure for the franchise, pitting three players against a very tough AI. Games N Moorer's Joseph Moorer hosted me and my son Aidan Hauter for our session, and you can see in the video that we quickly fell into the old "one more try" pattern, as none of us were particularly eager to quit without a fight. There is no question that even on the easiest difficulty we were having some problems completing our objectives. The game loves throwing curveballs at the players, causing even the best laid plans to go terribly awry with little warning. The opening missions of the game are extremely tense and fun, as players learn the different enemy and mission types while trying not to get mauled to death. 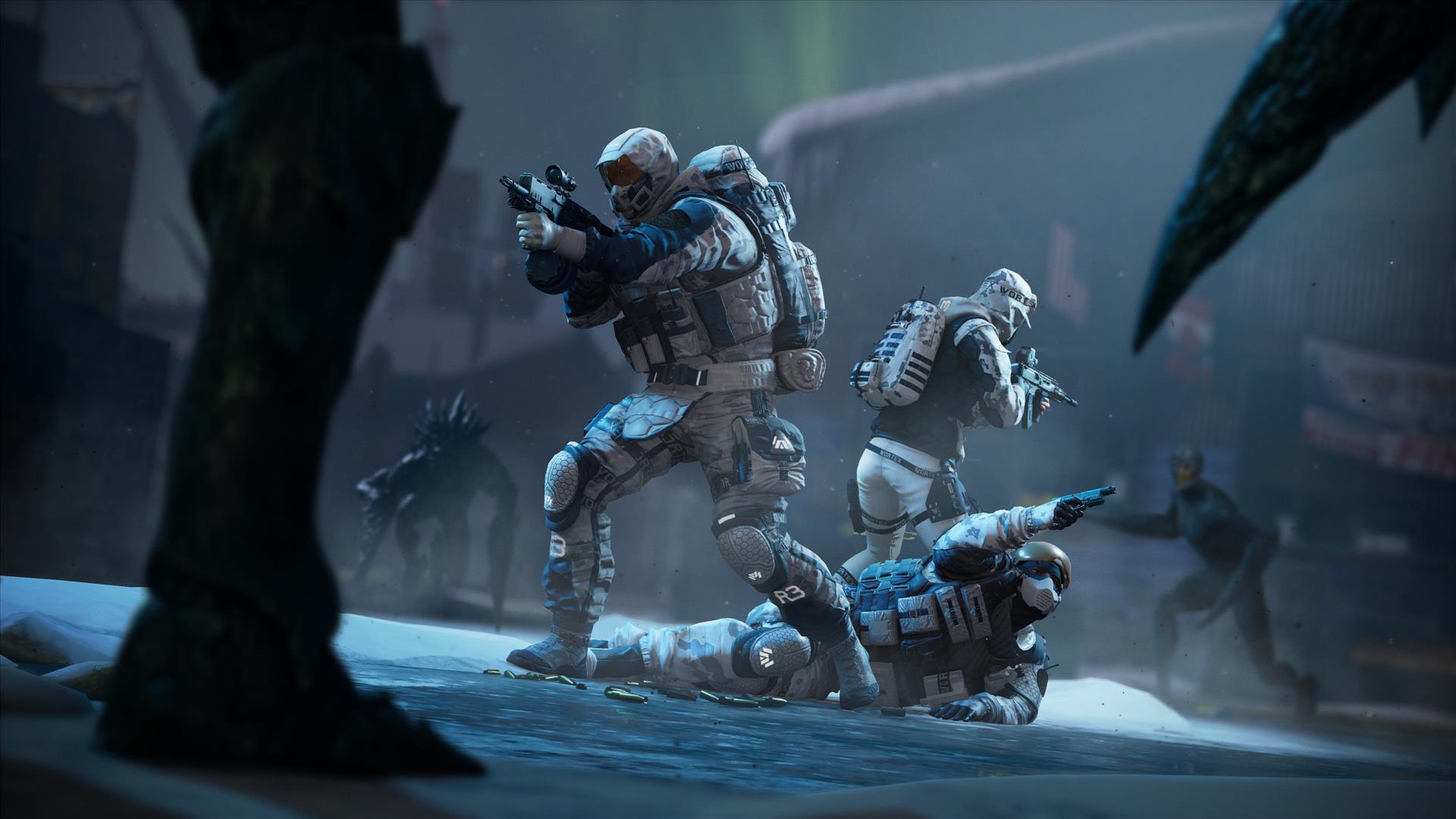 Every time you deploy, you are given a series of three objectives, each progressively more difficult than the last. At any time the team can choose to bug out on the deployment and escape to safety, foregoing whatever remaining missions are left. This banks whatever experience you have accumulated and keeps your Operators on their feet. But, if you are feeling healthy and frisky, you can continue on to the next objective, taking the risk that you might be "killed". Operatives don't truly die in Rainbow Six Extraction, but they do get captured by the enemy. This means that if you choose to press your luck and you end up getting your favorite Operator captured, you have to go back into the same area with a team to rescue them before they can be used again. Luckily, right before you go down, you wrap yourself in a weird foam cocoon. If one of your teammates manages to pick you up and haul you to the extraction point, you will be rescued on the spot, preventing the need for a special mission to save your hide. (You can see this dynamic at work in the video, where I scream repeatedly, "Pick me up! Put me in the pod! I'm right here! Pick me up!")

Rainbow Six Extraction's opening levels offer a variety of challenges in interesting settings. Monolith Gardens is a super fancy hotel with suites so big they feel like apartments. The Police Station is exactly what it sounds like, with underground garages and equipment rooms. My favorite setting of the three New York levels is Liberty Island - the museum, gift shop, and surrounding grounds that sit beneath the Statue of Liberty. Playing the levels repeatedly offers players the chance to learn the ins and outs of how each area is laid out, which can be crucial when trying to pinpoint the location of an enemy, or when simply trying to reach the exit to save your skin. Enemy types are varied, and equally deadly. In addition to the easily-taken-down grunts, there are also enemies that we dubbed "explodey guys", "poison guys", "shooty guys", and "spikey guys". I have it on good authority that the game contains other enemy types, but I'll leave those for players to explore on their own.

We've been having a blast playing Rainbow Six Extraction, and I can't wait to dive into the game with more players once it releases. If previous Rainbow Six games are any indication, this base game is likely just the foundation for an eventual sprawling experience. Ubisoft loves to push its games into unexpected territory, and I think we can likely expect the same from Rainbow Six Extraction. In the meantime, there is plenty of content in the base game to keep us all busy for weeks.

Expect our full Rainbow Six Extraction review in the next week or so.