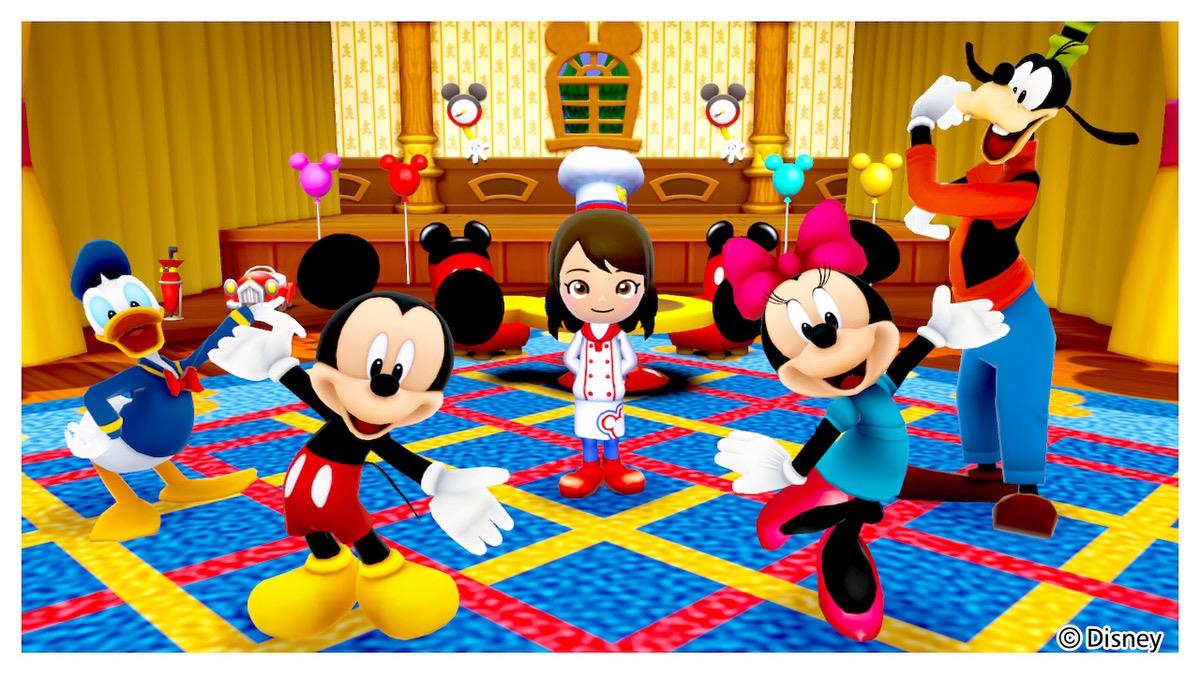 As a parent with four kids of varying ages, I’ve played a lot of “kids’ games”. When they are well made, I can engage with them just as deeply as I can with games intended for a more adult audience. When they are poorly made, my suffering is exquisite. Disney Magical World 2: Enchanted Edition falls somewhere in the middle, though it must be acknowledged that this purported kid’s game has hooks that kept me entranced for far longer than I care to admit.

Disney Magical World 2: Enchanted Edition (and we’re just going with “Magical World 2” from here on out, if everyone is cool with that) is a Switch port of a cult classic 3DS game. It’s weird calling a Disney property a cult classic, but this is a game that never broke through to the mainstream, yet it has a devoted – almost rabid – fanbase that will sing its praises to the highest peaks of Thunder Mountain. Spending a little time on Google, I was impressed to find that folks were actually very excited for this port, having spent literally hundreds of hours on the original title. Impressed and a little scared, actually, because spending that much time on a Disney-themed life sim feels a little nutty. 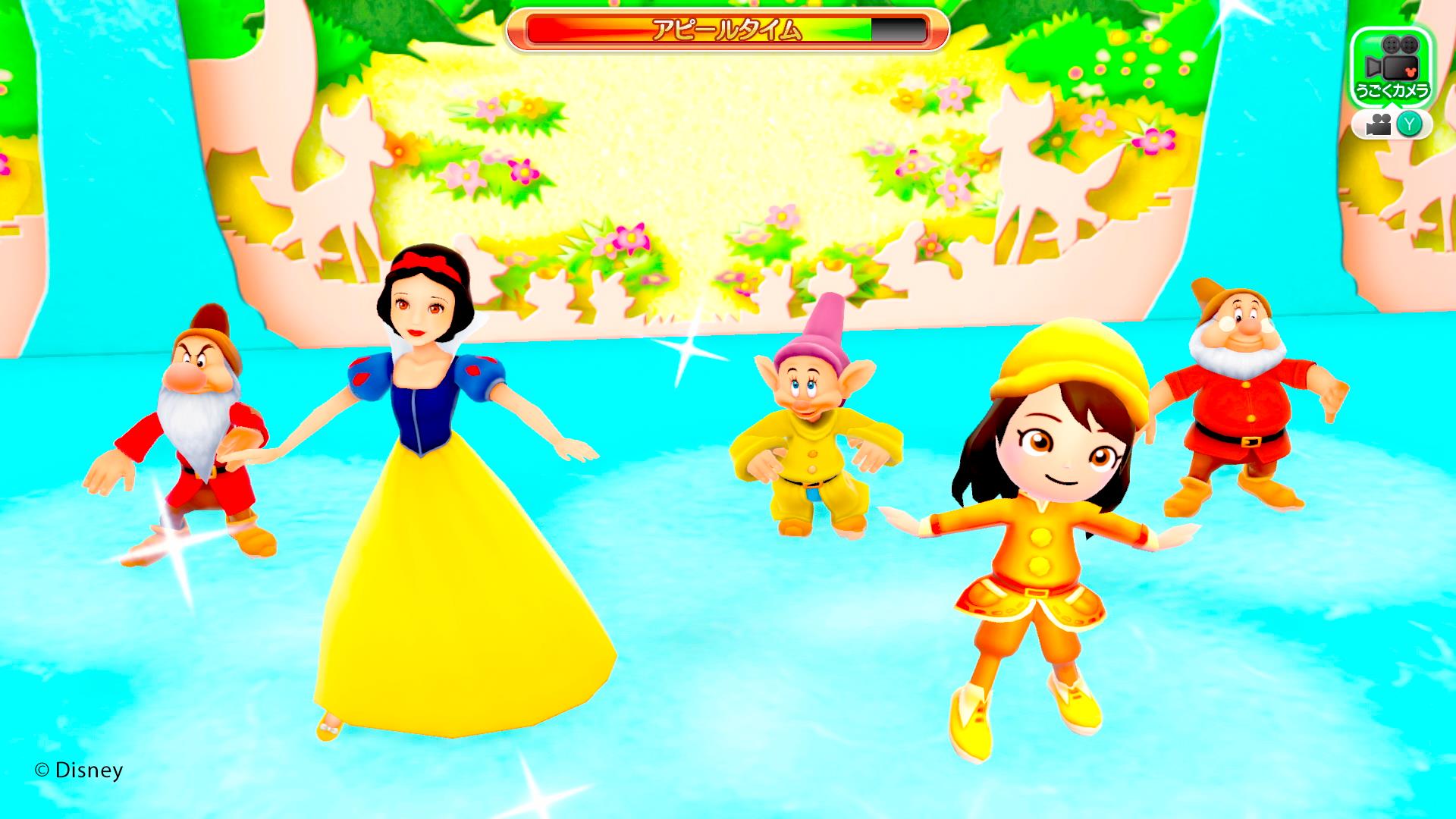 And yet, once I dug into Magical World 2, I have to admit that – following the tragically long tutorial section – the game pulled an Animal Crossing on me, leaving me lying awake at night planning my order of attack the next day. “I need to get materials to theme my café correctly for the Wreck-it Ralph party, so I need to go back to Lilo & Stitch world to run the dungeon. Then I need to swing by the Hundred Acre Wood for some honey, and maybe a little fishing. Oh, and I need to check my farm while I’m there. Then I need to make new outfits for my servers at Daisy Duck’s boutique.” And so on.

The central hub of the game is Castleton, a small town that looks suspiciously like Disneyland. Here you will find homes for all of your major Disney toons, as well as a little place you can call your own. Businesses you can frequent include Chip and Dale’s hardware store, Scrooge McDuck’s department store, and the aforementioned Daisy’s boutique. Before long, you are given a business of your own, a little café that you can deck out in various Disney themes and use as a place to hold parties (parties involve a lot of dancing to wannabe Disney songs; feel free to plug your ears for this part, it gets pretty hideous pretty quickly). 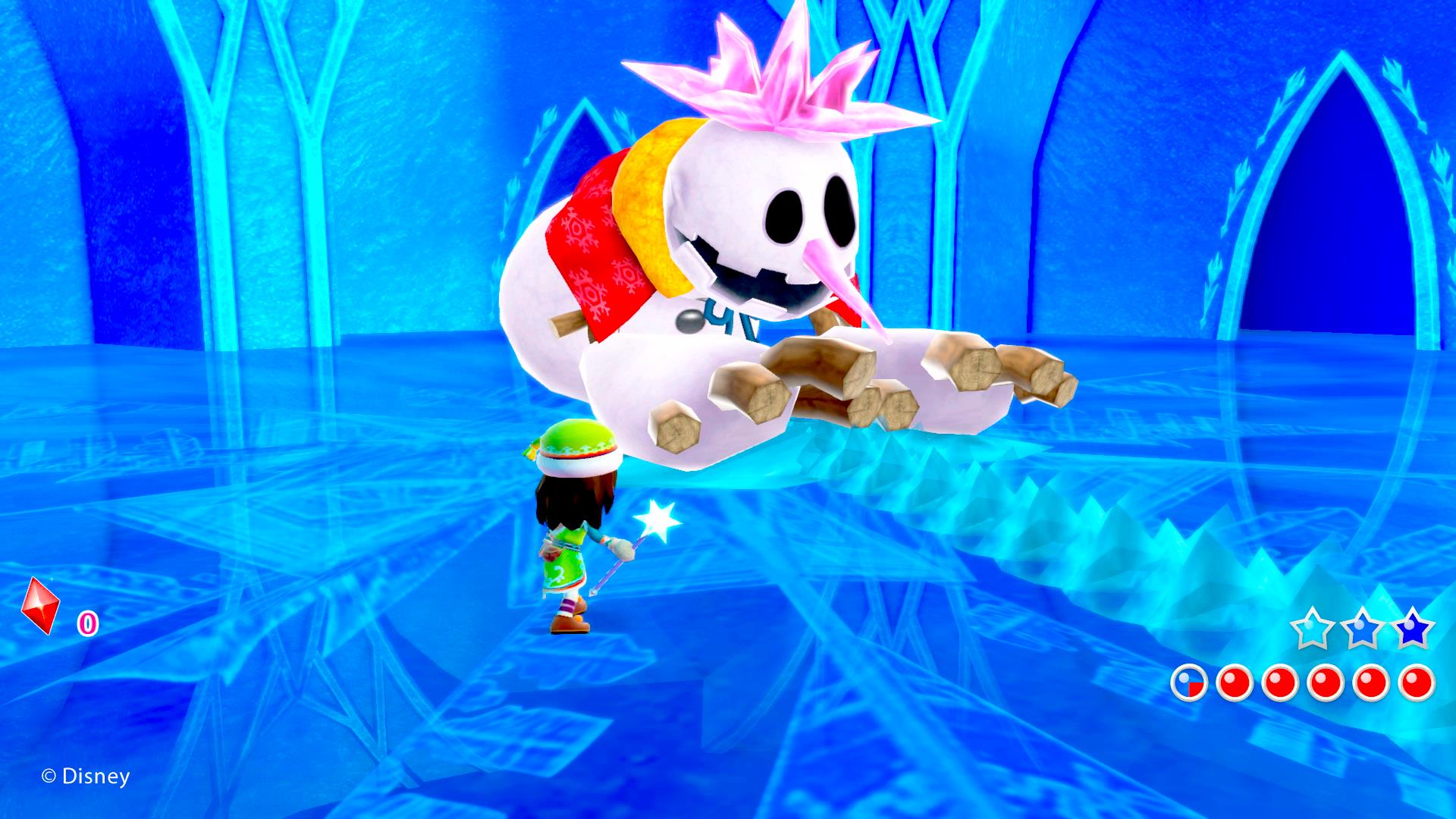 The primary goal of Magical World 2 seems to be buying and crafting stuff to deck out your home and café, but stating it outright like that feels very reductive. I mean, there is a real feeling of achievement when you run around Castleton dressed like Vanellope Van Schweetz for the first time and everyone you see starts chanting about how awesome you look. There are steps along the way that one must achieve. It’s not exactly easy. Just keeping it real here.

Progression in the various shops in locked behind a sticker wall. You need to complete various tasks to earn stickers for your sticker book. The more stickers you have, the more activities you unlock, the more materials you get, the closer you are to buying that awesome Elsa dress. The sticker thing feels a little childish at first, but it is actually a pretty smart little leveling system, and as the game wears on you will find yourself earning stickers just for playing as you want and focusing on the activities you enjoy.

And oh, the activities. There is a lot to do in Magical World 2. Not long after the tutorial ends, the game starts unlocking additional Disney-themed worlds (kinda like Kingdom Hearts, but better). Each world is pretty small and self-contained, but they each have their own questlines, activities, materials, and dungeons. Players will soon find themselves dipping into various worlds regularly to gather materials needed to progress. 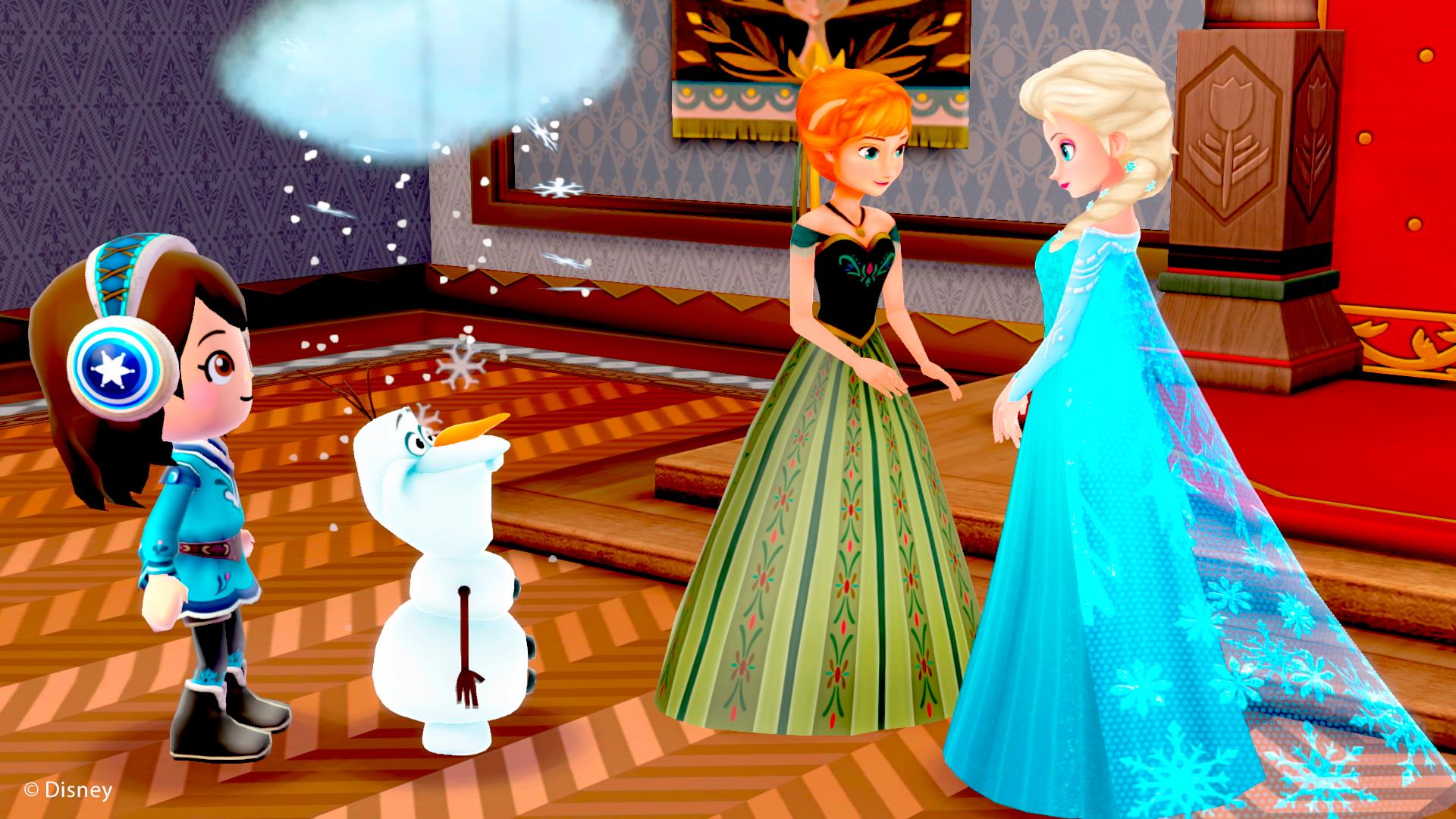 The addiction comes on in a slow, insidious way. It’s all very gradual in rolling out, and you’ll never even feel it as the Hellraiser-style hooks slip into your flesh, until suddenly you are standing in front of the TV blocking your kids’ cartoons and saying things like “Wouldn’t you rather watch Daddy play the Elsa game?” It’s a sad, but very real, place to be.

OF course, it isn’t all popcorn and fun in Magical World 2. This is a port of a 3DS game, which means that while it looks sharper and brighter than its 4-inch predecessor, it still looks pretty weird sometimes when you play it on a giant television. The characters feel way too large, often taking up most of the screen, and the camera is far too close to the action. 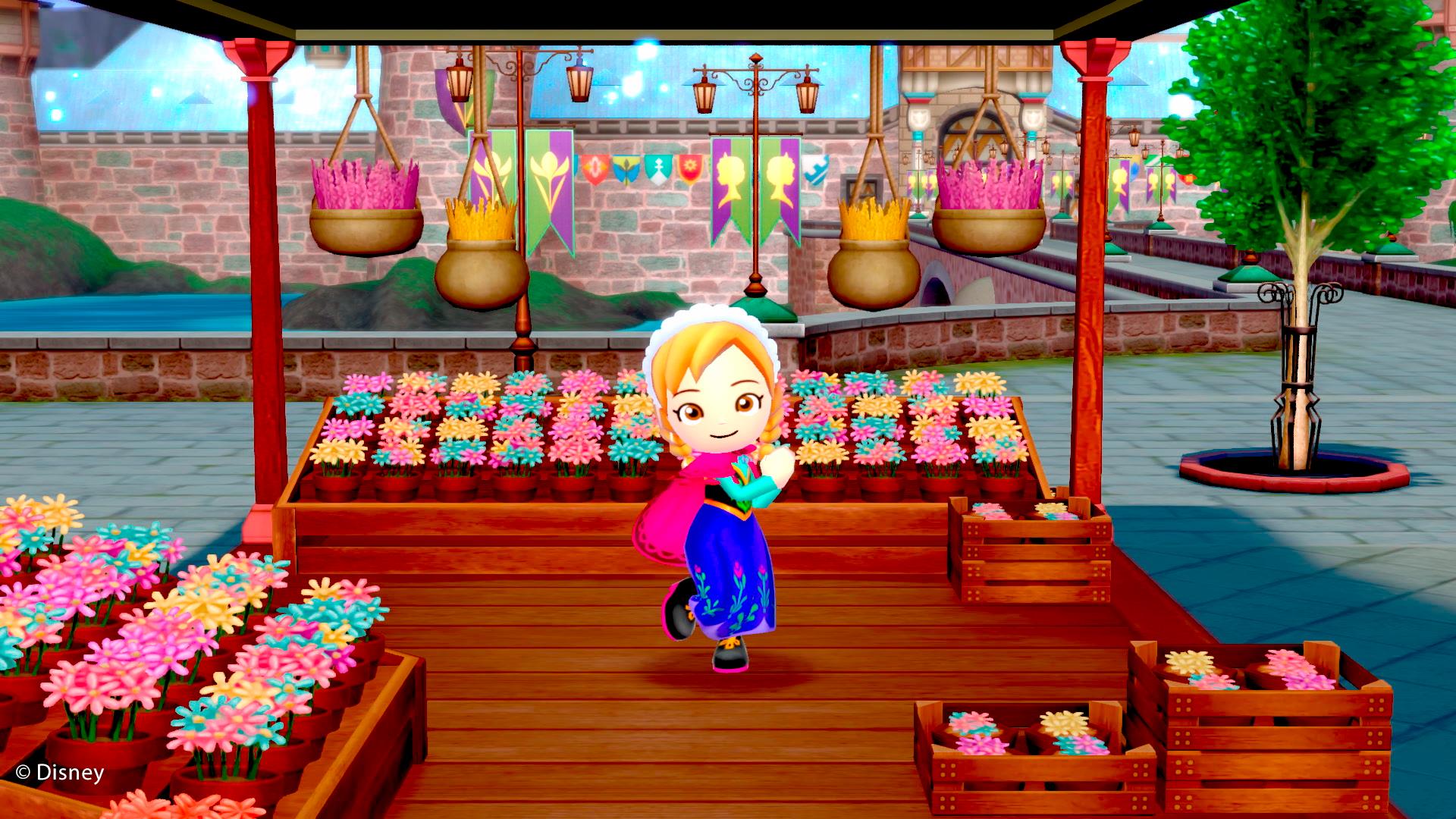 And speaking of characters, the player character designer is just Nintendo’s Mii interface, which is definitely an unwelcome blast from the past. I’ve never liked Miis very much, and watching one of them run around with Mickey and Goofy just feels discordant and weird. In fact, beyond the Disney characters, the other characters in Magical World 2 are all Miis, giving the game a dated feel.

There is very little challenge in any of the activities. The basic dungeon crawling is very easy, and it won’t be long before players just feel like they are going through the motion. Farming is the typical grind of plant – water - go fish for a while - come back and harvest. The other minigames are similarly simple. A basic rhythm game lets you mine with the Seven Dwarves. The surfing in Lilo & Stitch’s Hawaii is deadly simple once you figure it out. And so on. The challenge of the game isn’t in accomplishing the activities, its in planning out your order of attack. 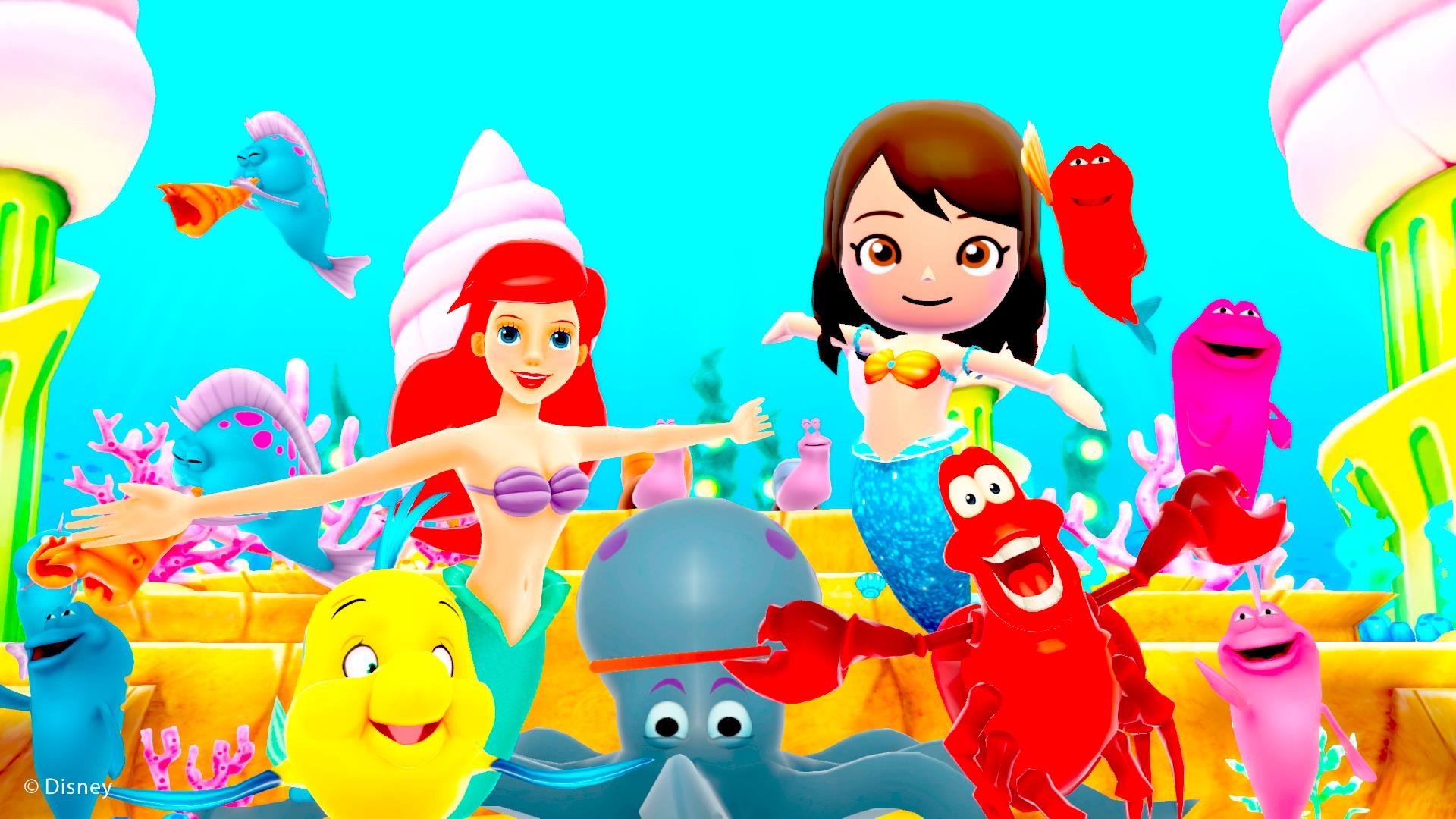 After a week or so of going at it hard, I’ve pried myself away from Disney Magical World 2: Enchanted Edition, happily passing off my character and world to my 8-year-old daughter, who is quite taken with the entire endeavor. But I must admit to sitting and watching her play on a regular basis, mumbling stuff under my breath like “You really need to go get more honey from Pooh Bear.” I absolutely understand the folks that put hundreds of hours into Magical World 2, even though I won’t be one of them. If you are looking for a kids’ game to put under the tree this year, of you are a Disney fan in need of a guilty habit for a few weeks, you could do far worse than taking a trip to Castleton.

Disney Magical World 2: Enchanted Edition is a port of a 3DS game, and it feels like it. But don’t let the primitive visuals stop you from digging into this very addictive little life sim. Tolerance for saccharine song and dance may vary, but almost any gamer will likely fall under the sway of this game’s addictive hooks, at least for a while.