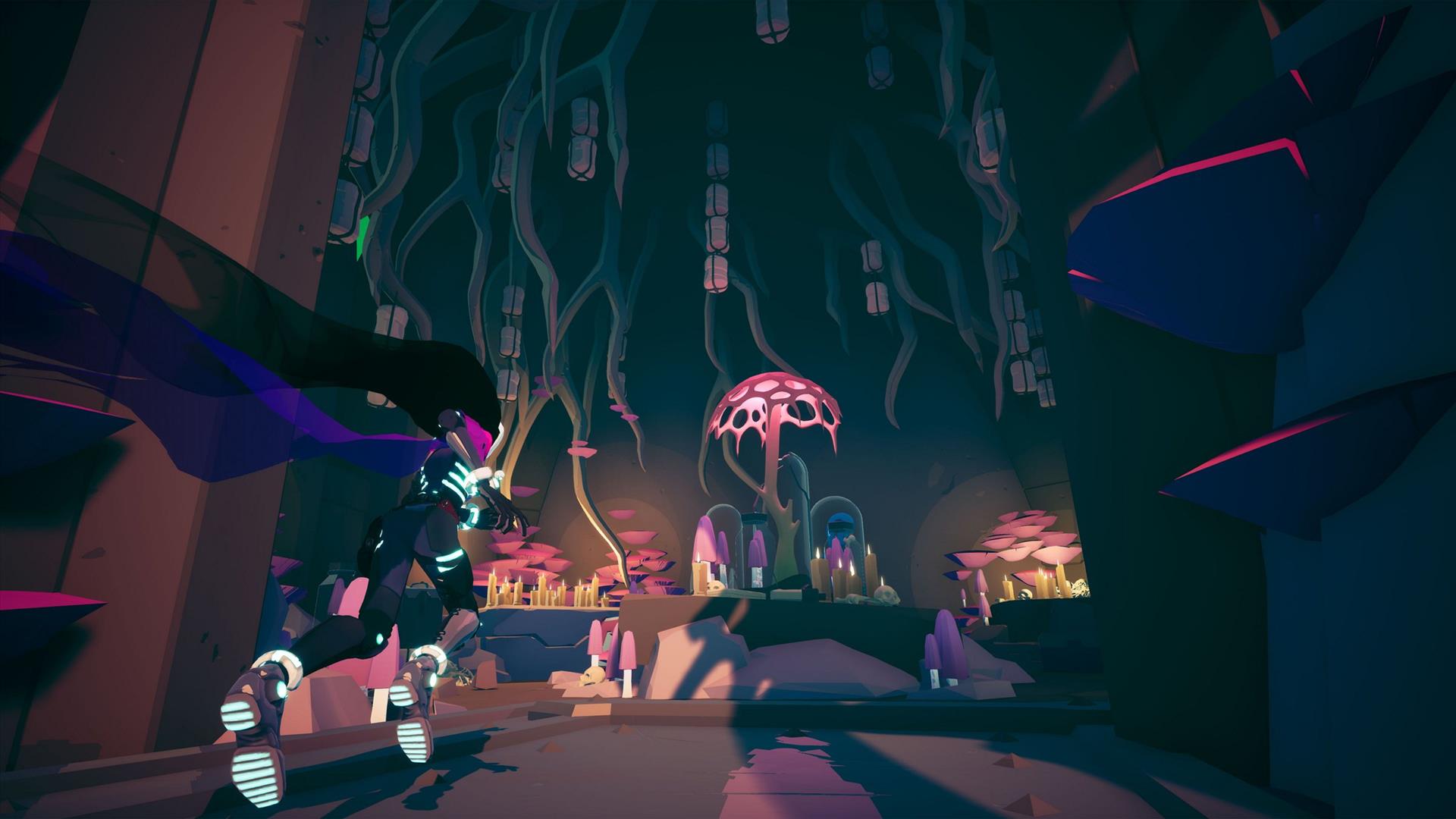 There’s definitely a new era of indie open world games, and I’m all for it. When I first heard of Solar Ash, I immediately thought of The Pathless, another game published by Annapurna Interactive that I wholeheartedly enjoyed. You might know developers Heart Machine for their 2016 Zelda-like game Hyper Light Drifter, but Solar Ash couldn’t be more different. Solar Ash is a three dimensional, open-world, action platformer that focuses primarily on traversal and storytelling, wrapped in a colorful and visually stunning package.

Perhaps best described as a love-child between The Pathless and Shadow of the Colossus, Solar Ash is still packed with personality. It stars protagonist Rei, perhaps the last Voidrunner alive, in her desperate attempt to save her home planet from being sucked into an anomaly known as the Ultravoid, a super black hole. The Voidrunners’ goal was to activate a device known as the Starseed to keep the Ultravoid from sucking up their planet, but all the other runners have gone missing and the Starseed hasn’t been activated. 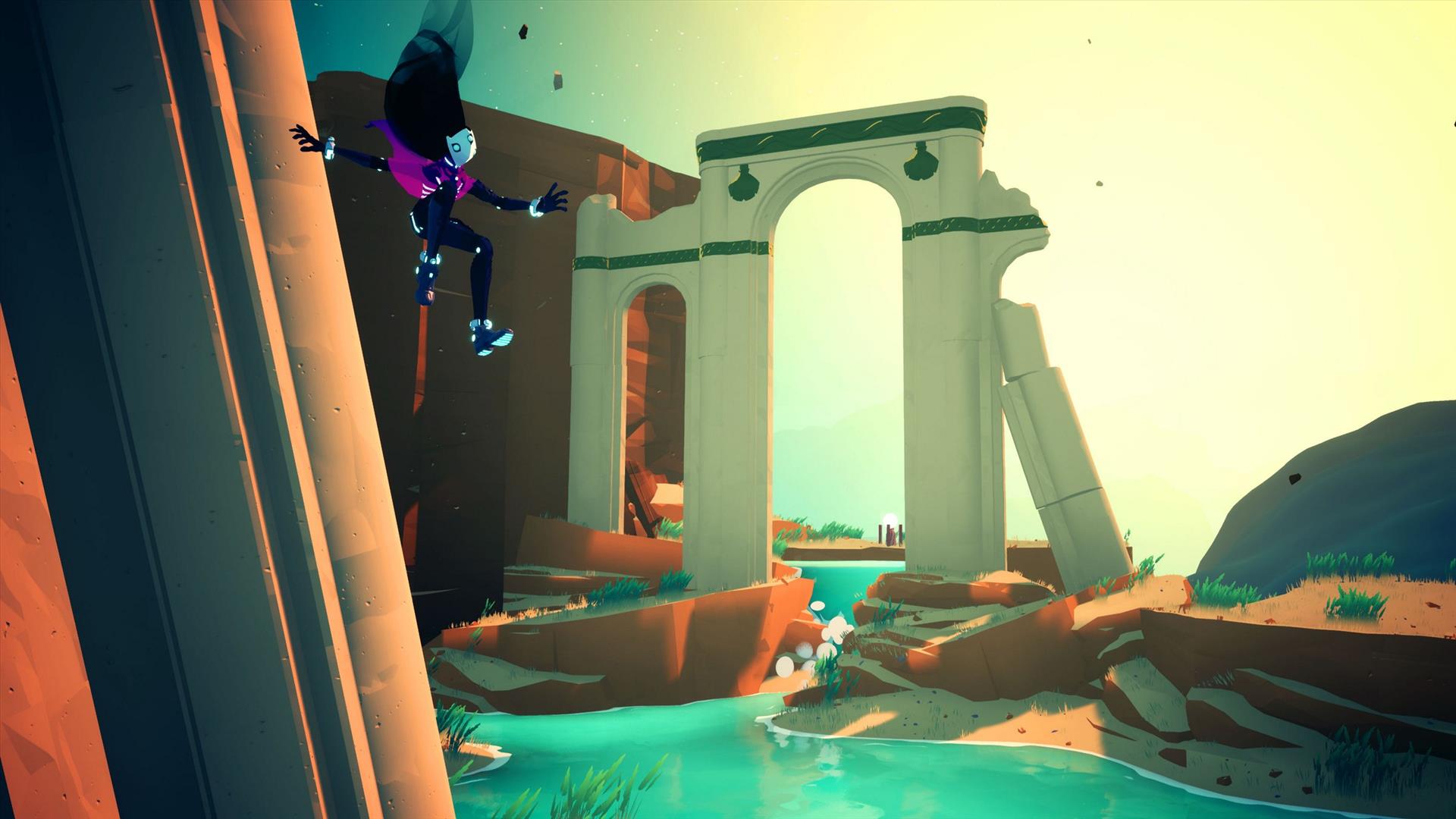 It’s now up to Rei to figure out what happened to the other Voidrunners, and to activate the Starseed to prevent their inevitable doom. Fortunately, Rei has a pair of snazzy skates that allow her to traverse worlds with ease. She’s also equipped with some rocket boosters and a trusty energy sword to slay anomalies. Combat takes a back seat though, as attacking is only a means of self defense and executing death blows on bosses rather than stringing together combos or special moves.

There’s a total of six worlds in Solar Ash, with a colossal boss encounter at the end of each world. In order to trigger a gigantic world boss, you must scan the world for focus points filled with black ooze. This is where the platforming puzzles come in, as clearing each ooze pool requires you to hit multiple weak points of the ooze under a time limit. Weak points are located at different spots and require you to use a variety of platforming mechanics to reach them. Once all black ooze locations, which vary by world, are cleared, the colossi will reveal itself. Each world also presents a new mechanic to learn and utilize, such as a freeze-time hook shot, which provides an element of excitement and lessens repetition. 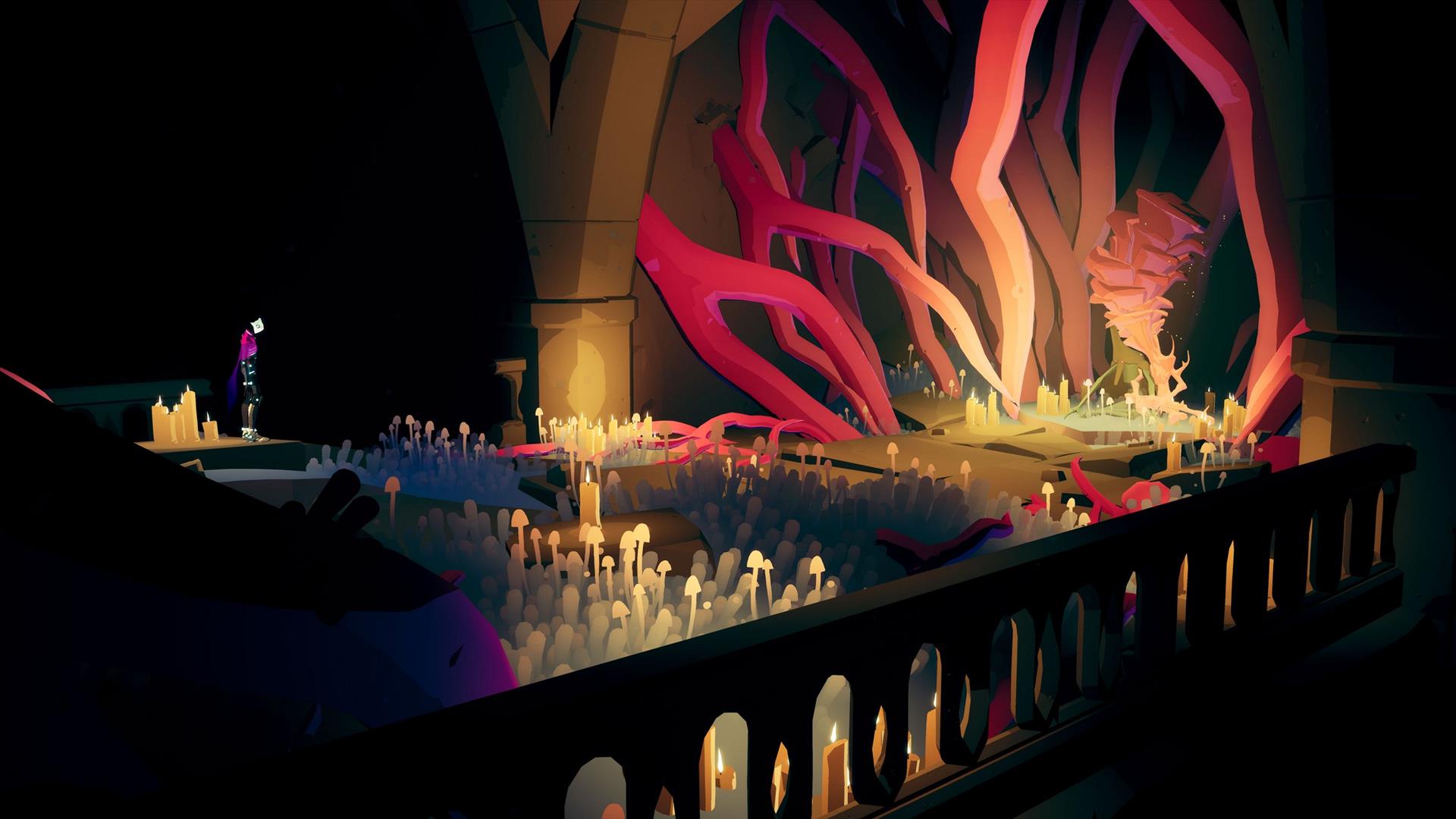 To make these desolate worlds less empty, there are designated AI robots called Cyds located at offline conduits inside each world, that allow you to scan for missing collectibles and black ooze locations, and purchase shield upgrades. Defeating world bosses reactivates these conduits and allows Cyd to get “online”, which is pivotal to activating the Starseed. For a universe that seems so void, there are actually side characters that provide side stories. There isn’t much incentive to do these side quests as they don’t reward you with anything but lore. But that should be incentive enough, right?

The world bosses are equal parts exhilarating and challenging, forcing you to use all the skills you learned up to that point. These encounters aren’t overly drawn out or tedious, but can get a little frustrating if you mess up and have to start over. They often come in multiple phases and require you to hit multiple weak points in quick succession. The part where this reminded me of Shadow of the Colossus is when you have to traverse onto each colossi to discover where the weak points are with the possibility of being thrown off or damaged at any time. The flow of traversal and combat are excellently intertwined to the point where every encounter seems like a seamless experience. As such, playing this game feels almost zen-like. Health comes in the form of shields that can be replenished via blue boxes scattered around the world. However, after each boss encounter one of your shields is destroyed, forcing you to repair it at a nearby Cyd. 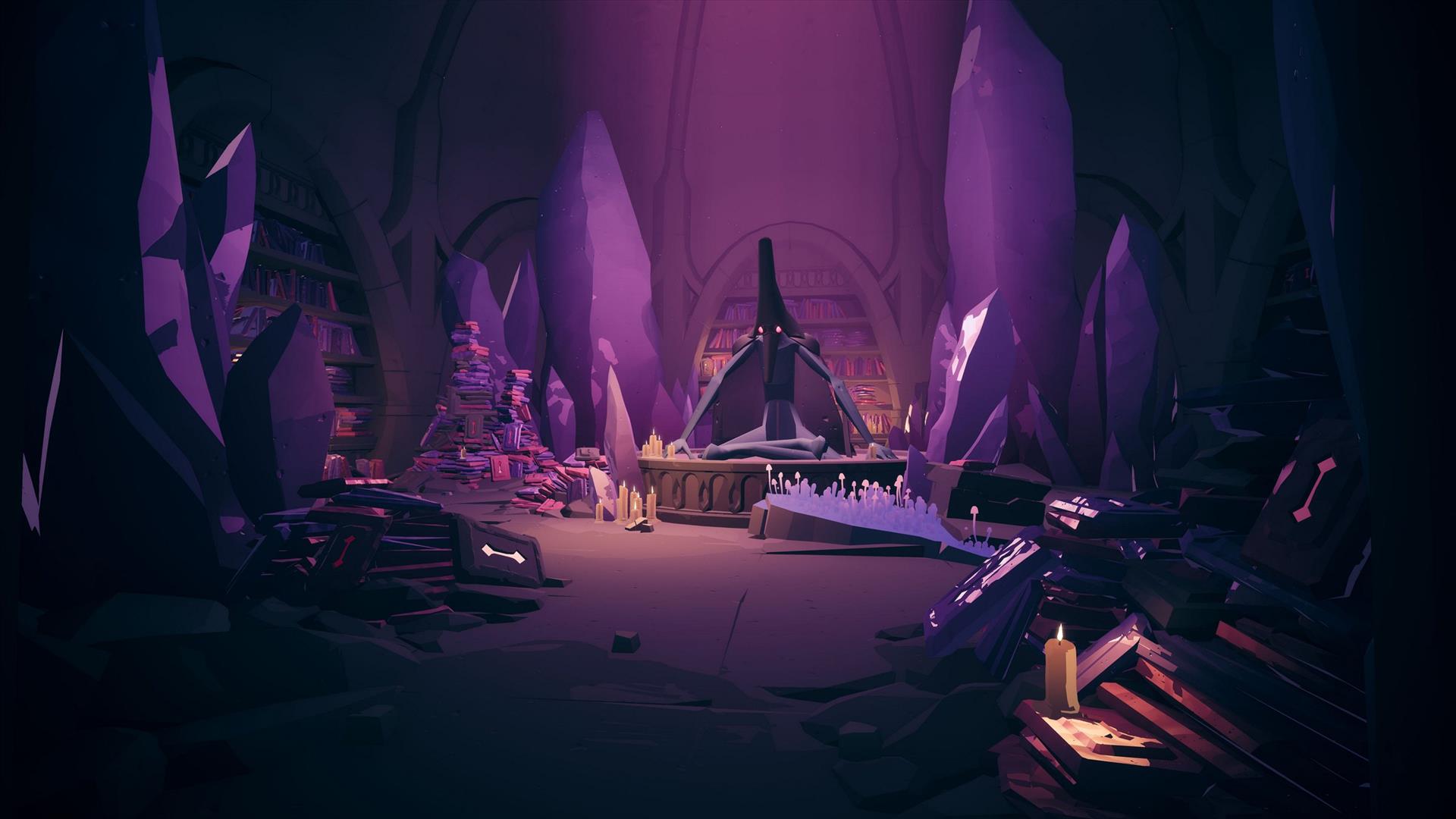 Dispersed throughout the over-world are scout logs from past Voidrunners that present Rei with a bit of a lore dump as well as a new suit. These suits provide a variable number of bonuses such as reducing the cooldown on your hookshot skill. Upgrades to your shield can be purchased from a nearby Cyd for a currency known as plasma. Plasma blobs are scattered throughout the world, kind of like coins in Mario or rings in Sonic. Though nothing major, these act as reasons to go and do some exploring and wandering.

Solar Ash, from top to bottom, is visually stunning, with its immaculate use of vibrant color palettes and world design. Each of the different worlds presented looks stunningly different, from luscious green to lava red portions. I often found myself skating to the top of a desolate skyscraper just to look off into the distance. The visual fidelity is matched with a fully voice acted cast and an evocative score that further immerses you into this beautiful lifeless void. 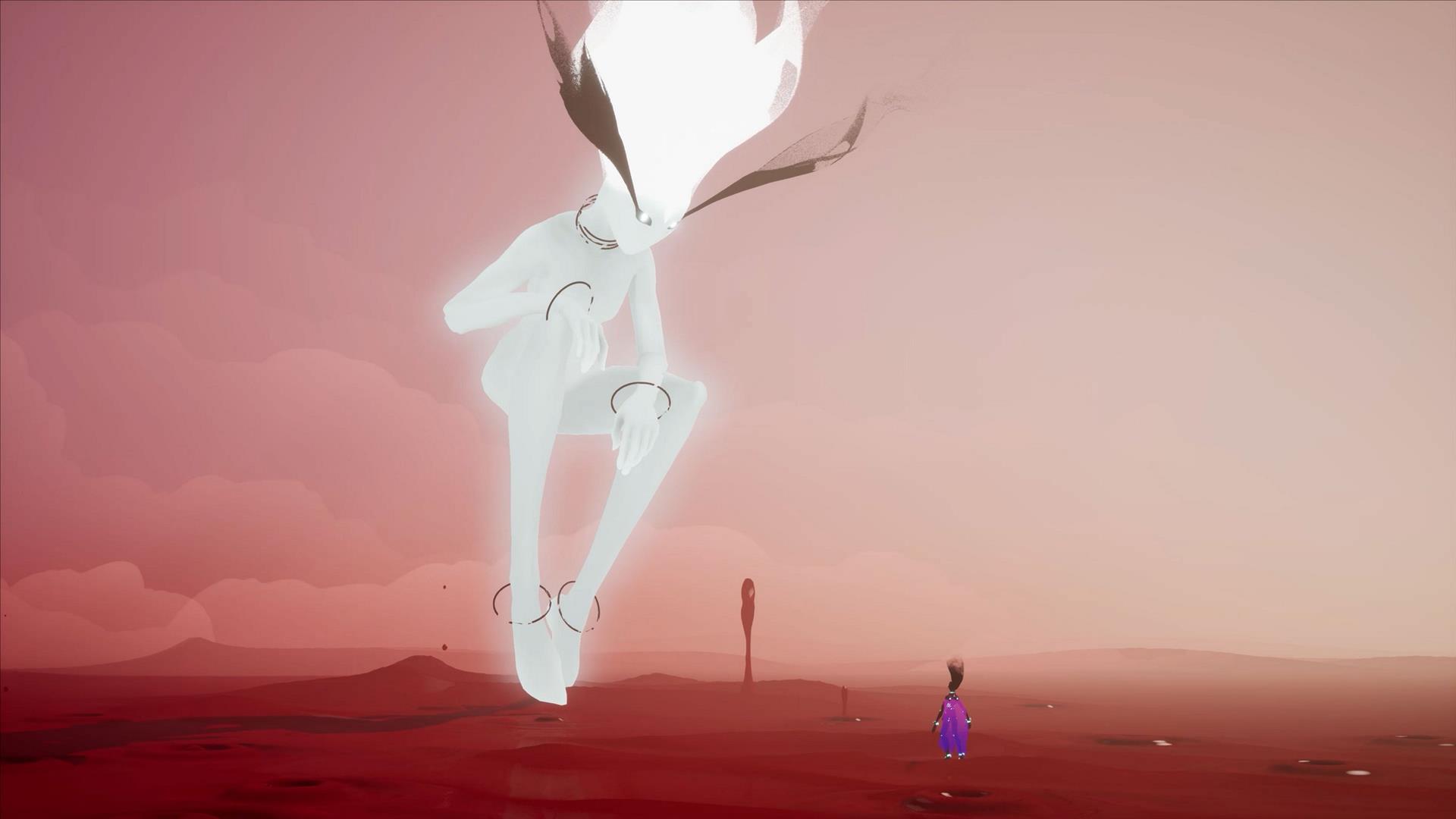 It’s artistically beautiful, the way Heart Machine is able to present such an enthralling story through the fluid motions of Rei drifting through the clouds in her heroic endeavor to save what is dear to her while presenting such a dynamically vibrant world filled with neon colors and bright lights. Playing indie games such as Solar Ash has made me appreciate developers that tackle the open-world approach on a budget and still make the world feel immersive and filled with just the right amount of stuff to pique my sense of exploration. Sometimes, it’s the endless horizon that is enough for me to stop and gaze at the game’s environmental beauty.

Performance is excellent on the PlayStation 5, with no bugs or technical issues and extremely fast loading times. The two month delay that the developers took was clearly worth it when it came to polishing and tidying up this delight of a game. The game has a relatively short length, with a runtime of around 7-8 hours, which isn’t an issue at all. I do wish there was more post-game content, such as new game plus, or upgradable skills, or even timed trials per world, but that’s just me complaining.

Heart Machine poured more than just their hearts into this project. Solar Ash is a visual and aural spectacle from start to finish, with a heartwarming narrative that piques your interest just enough to seek out all the side content. The traversal is smooth and satisfying, the world is absolutely gorgeous, the boss encounters are jaw dropping and this game ultimately accomplished all it set out to do. I don’t need copy-paste enemy camps to clear or endless fetch quests. All I need is a pair of space skates and the settling sun for me to drift off into the distance.

Solar Ash defines the new standard for open-world indie games by providing an absolutely lovely world to traverse, with a beautiful soundtrack to listen to. From the flow of movement and smooth platforming, to the giant colossi and heartwarming story, I had to step back to discover I was playing a fine piece of art.