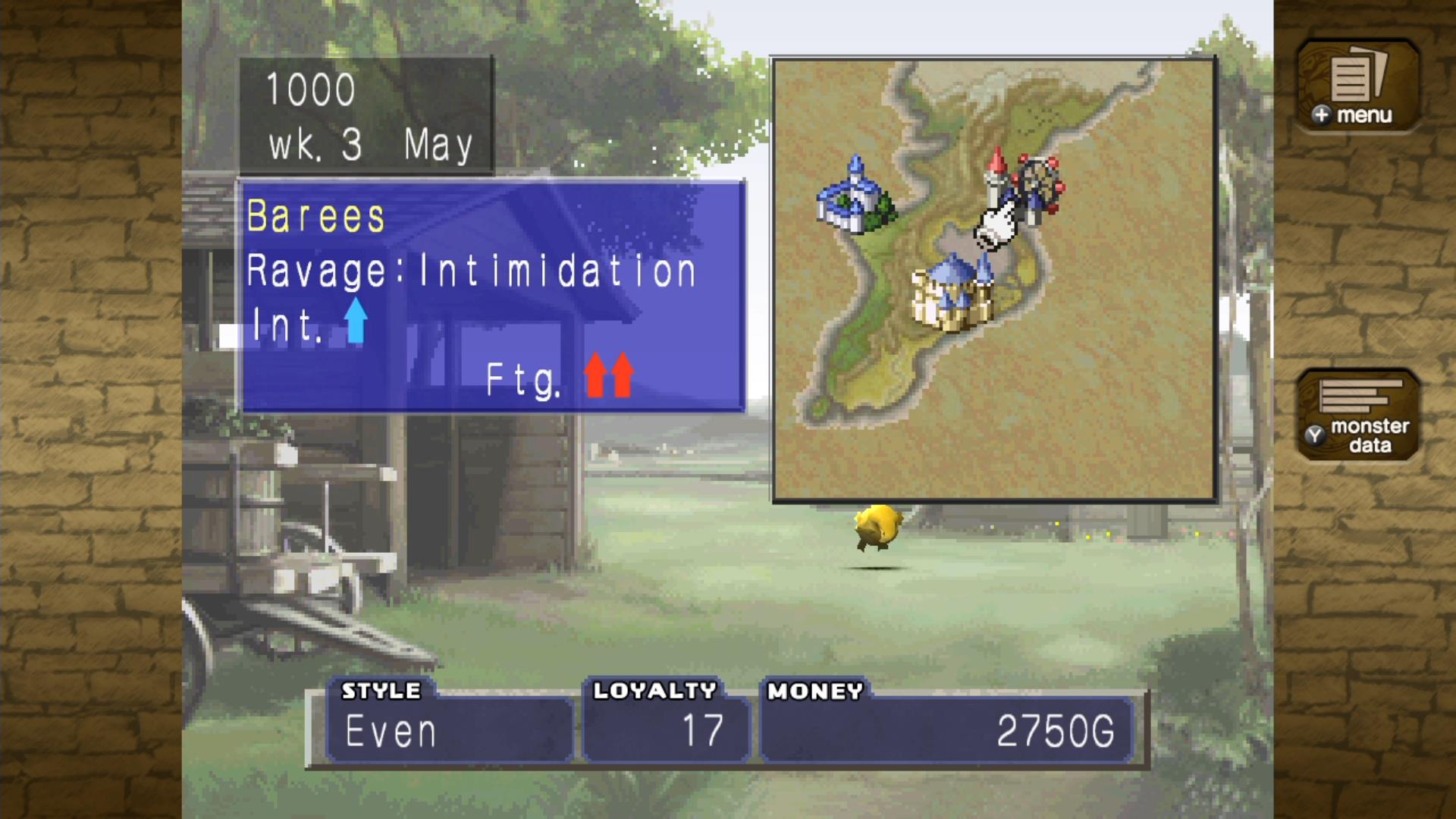 I knew of Monster Rancher when I was growing up. I watched the kids' show on Saturday mornings, ahh the glory days of Saturday morning cartoons. Kids don’t know how easy they have it these days do they? I even owned a PlayStation, the original console of the first two games in the series. I even had friends who owned a copy of Monster Rancher. Yet, I had never played a single entry in the 14 game series. I have no explanation for it - other than I just didn’t. When the chance came up to review Monster Rancher 1 & 2 DX I sought it out to review. If I’m being a little honest it was a purely selfish reason. I wanted the experience I missed out on over 20 years ago. And now that I’ve had it I’m unsure how I really feel about my time with Monster Rancher. 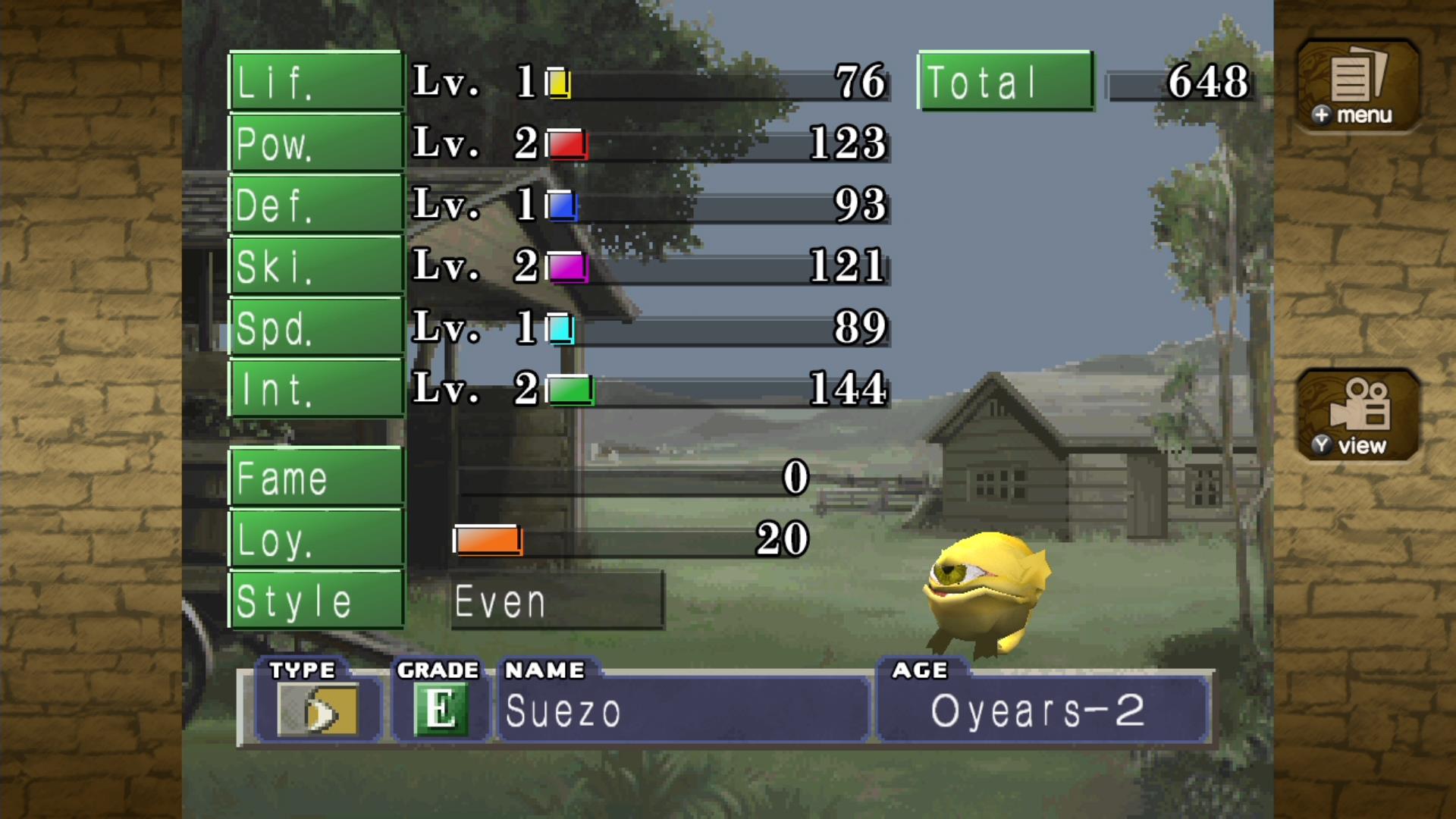 The vast majority of gameplay is a simulation. You take on the role of a new, up and coming monster rancher. You obtain a monster, in one of a handful of ways, raise it for about three years, and repeat. There is an end goal of trying to become the best, but I never ran into a time limit for doing so. While you’re raising your monster, you can have it train for monster tournaments where it will fight against other monsters. You can even breed your monsters with another one in hopes of making an even better one. The first and second games in the series do not differ much, both sticking to this grand idea. In fact I found them to be very, very similar. The second one is a little easier on the eyes and includes more unique monsters to raise. I began by playing the first one, after playing through the lifespan of five or six monsters I moved on to the second game. The biggest new addition to the DX version of the games is the ability to speed up everything. Since most of the game is going from one menu to the next, speeding up the process is very welcome without sacrificing much of anything to do so. 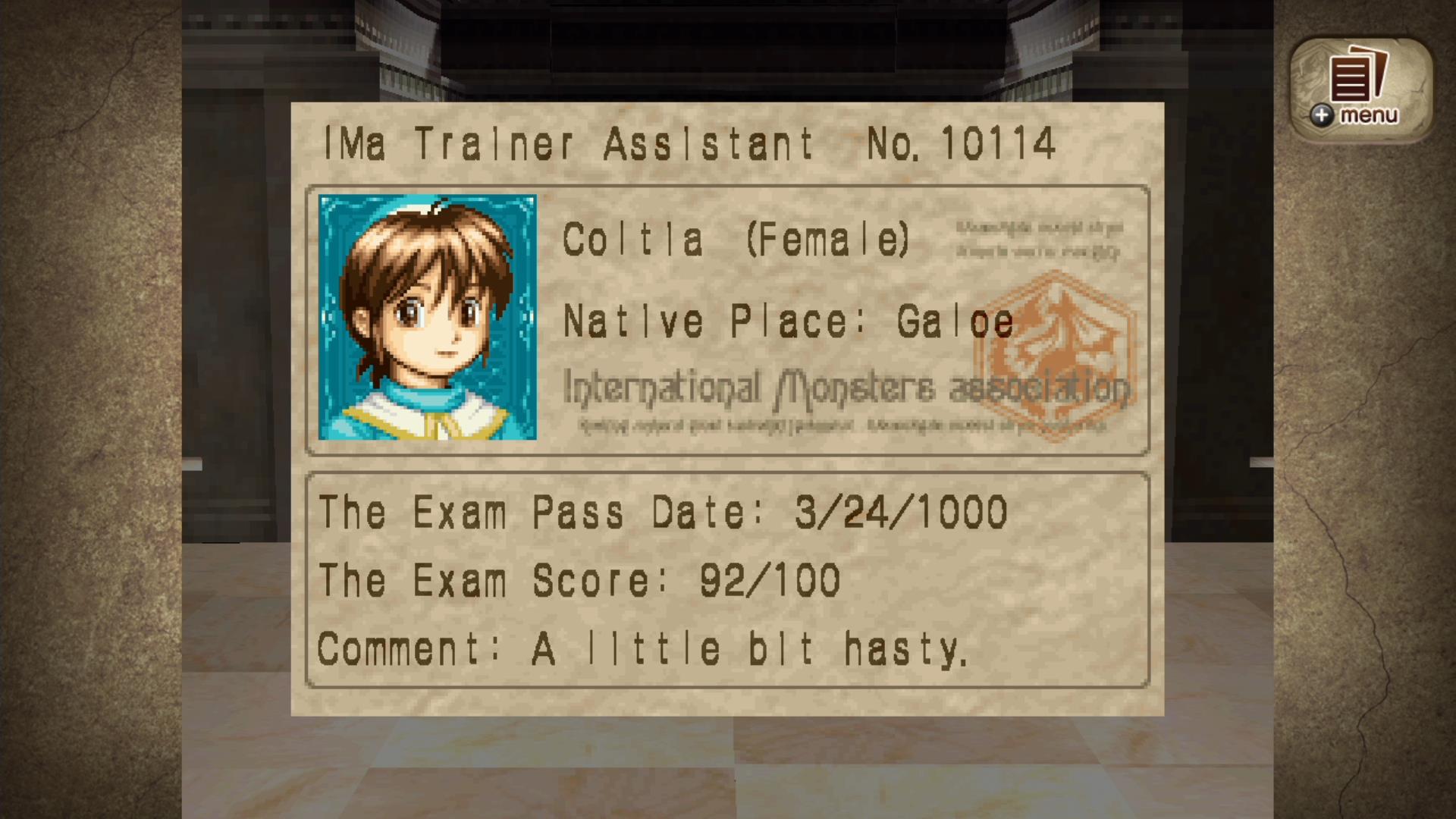 It doesn’t make much sense to try and tackle these games separately. For the most part a sequel to a game almost always builds upon the foundations laid by its predecessor. Each one is set on a separate continent of the same world, and puts you in different leagues. There are the same monsters in both games, but more in the second one. As I mentioned earlier, the second game has a little more polish to it, but neither are too terrible to look at, and on the Nintendo Switch screen they look about on par with what I expected of a PlayStation port. 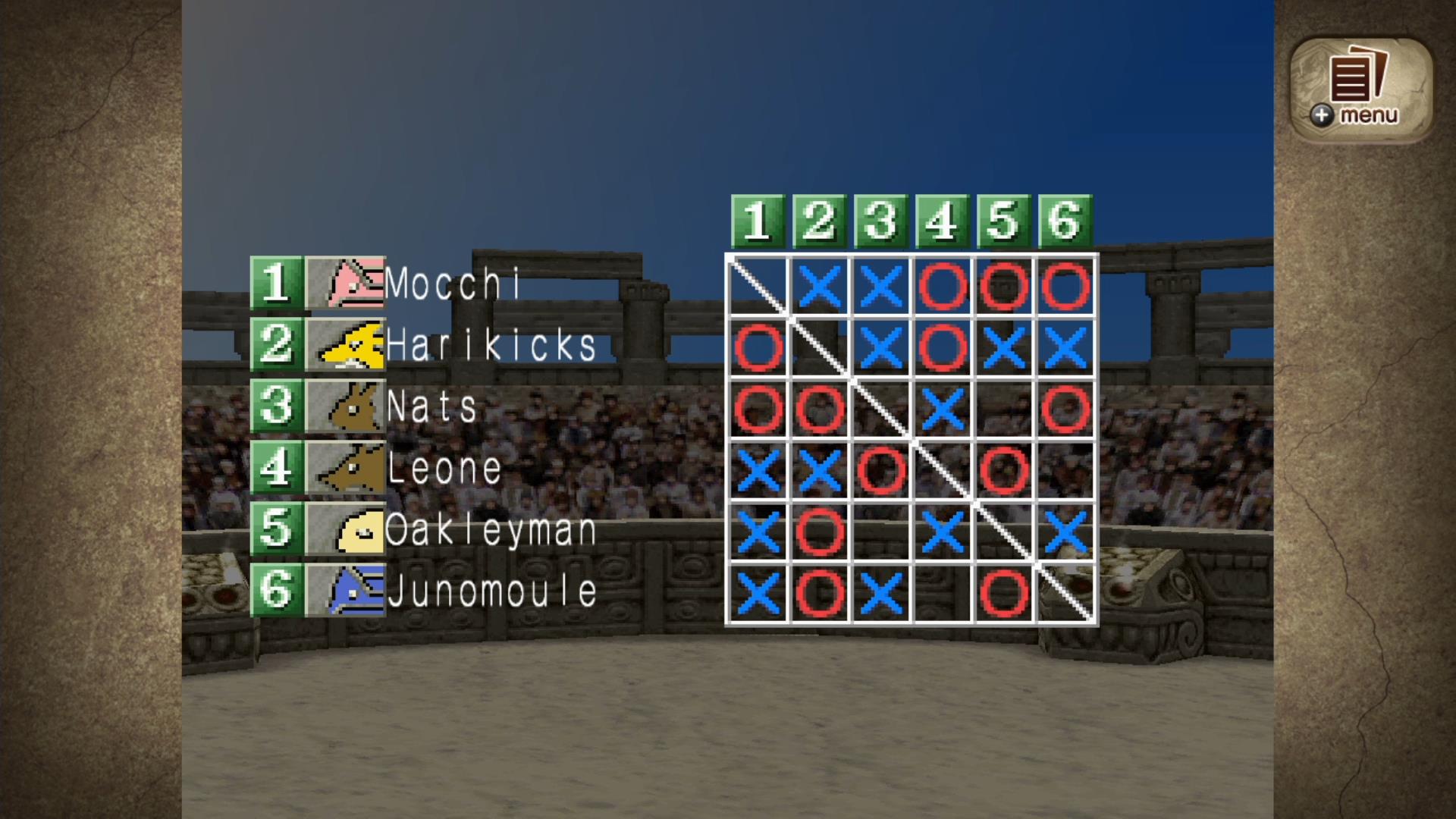 I initially selected Monster Rancher 1 and dove in head first. For a couple of reasons I discovered I was diving into a shallow pool. You start out as a brand new monster breeder, and are assigned an assistant. Your assistant knows nothing, and is zero help. Your assistant will chime in but rarely brings anything worthwhile to the table to help make a decision. All your learning is trial by fire. The monster you pick, how you raise it, what food to give it, how to fight, everything. Being thrown directly in without any support is disheartening. I feel if I was given a small tutorial I would have had more success with my first monster. Instead it took me three or four monsters before I felt like I knew what I was doing. 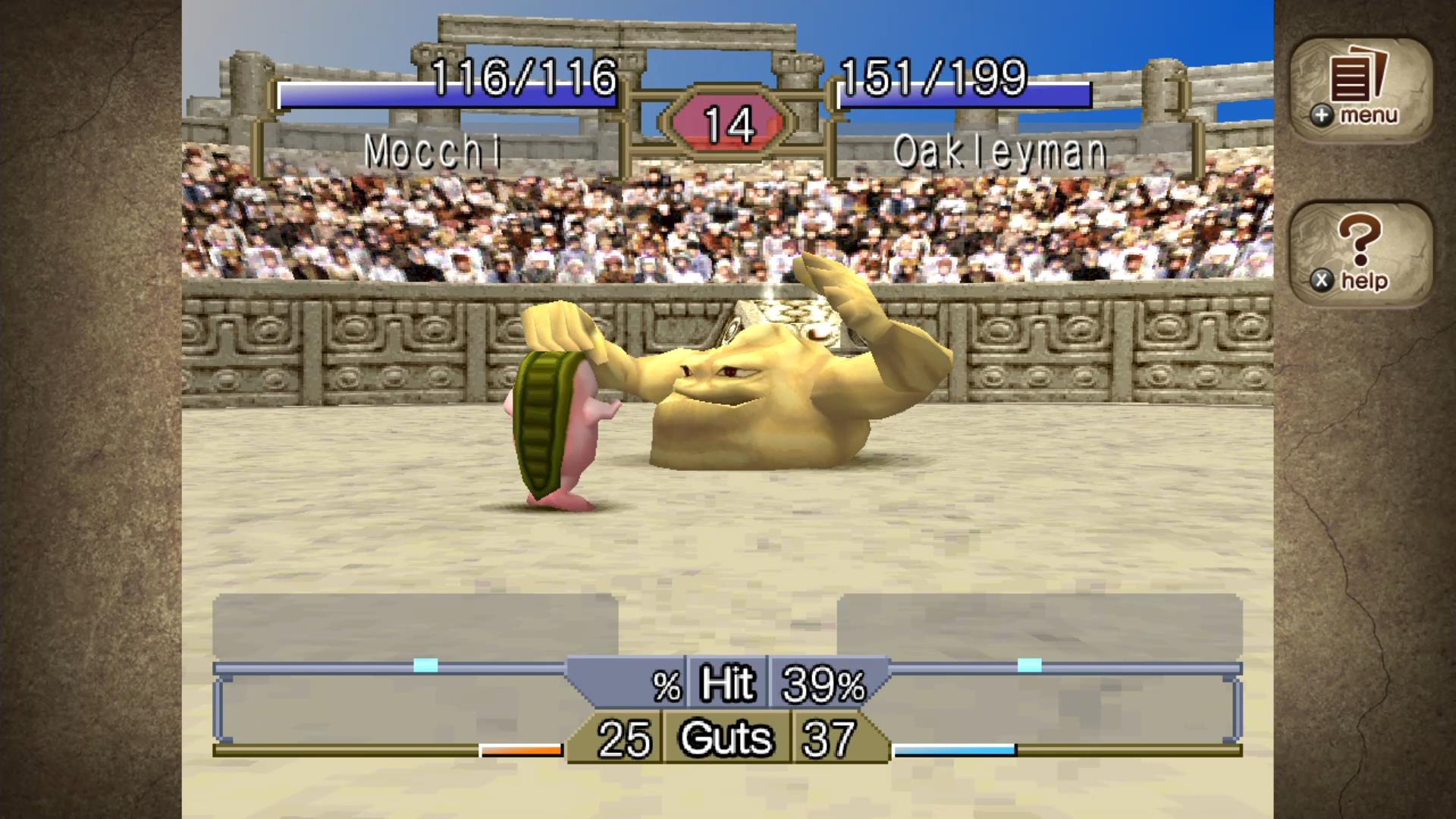 I expected that to change with the second game, Monster Rancher 2. But no. Once again it was sink or swim. Luckily I had some experience from the first game to help cushion the learning curve, and found myself doing better in the beginning. Both games played very similarly. Once I understood what I was doing, and how to do it, I didn't have much of an issue and found myself sinking in tons of times into raising my monsters.

There are three areas you’ll spend time in. The primary of these is the ranch. This is where you raise your monster, handling all of your training, feeding, disciplining, and buying food. This is what you spend most of your time doing. You can choose how to train your monster, deciding which of its six stats to focus on. Being able to choose exactly what to focus on is great, if you know what you are doing. Because nothing is explained. I had to guess what to work on, and early on I was terrible at it. I would focus on the wrong stats to raise, trying to make my golem smart when I should make him powerful. There are over 28 families of monsters in the first game, 30 in the second, giving plenty to learn for someone who wants it. 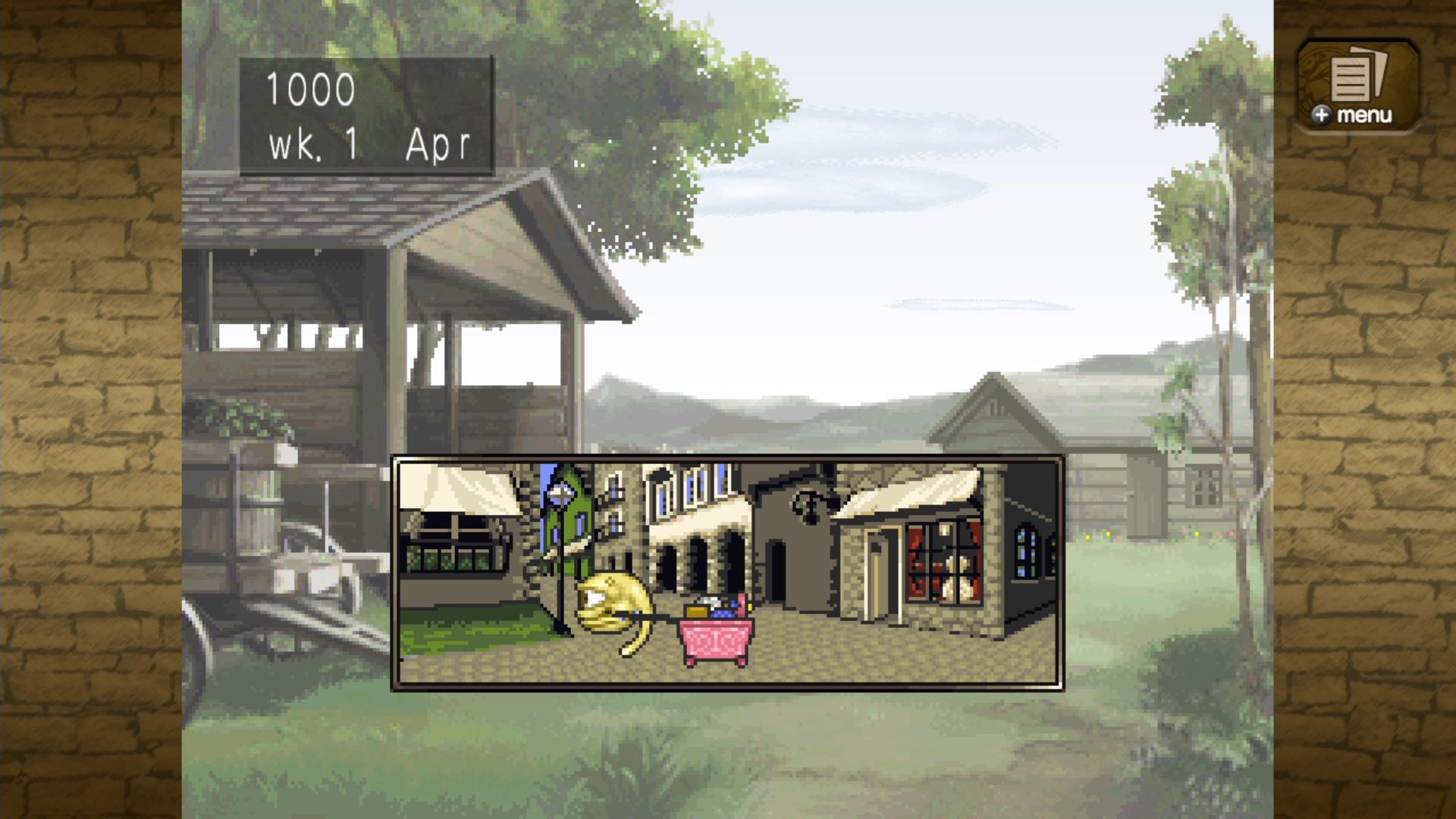 After the ranch comes the battlefield. Every few in-game months (each decision you make for your monster takes one game "week") a tournament will be held that you can enter your monster in. The goal is to work your way up the circuit, eventually going on to win the big four tournaments. But you have a limited time to do so, as each monster lives for about three game years. Can you reach the pinnacle of being a top monster breeder within the lifetime of a monster? No, not even close. If I’m bad at choosing how to level my monster, I’m even worse when it comes to fighting with one. Combat can be done in one of two ways. Way number one, the fun way, is to do it yourself.

Combat plays out as a mini game of sorts. There is a bar that moves back and forth, you control by having your monster move forward and backwards, when your bar is where you want it to be you can use that move to attack. At the same time, you are watching the opponent, hoping to make it harder for them to hit you. Combat is simple but complex at the same time. I found this to be my favorite part of both games. My struggle was that I just wasn’t very good at it, and I know that because of option two. The way is to have the monster fight all on its own. The monster will try its best and use what moves it feels it should when it feels it should. Once I had my monster leveled up a bit I would let it control the flow of combat, and had much better results. I found myself winning most fights when I let the monster control itself.

The third gameplay element is the market. This is where you can freeze, or store your monsters, breed them with others you’ve had before, as well as get new ones. Back in the PlayStation days obtaining new monsters was done through CDs. You would open up the PlayStation, take out the Monster Rancher disc, and put in any other disc you wanted to, and you would get a random monster from it. Certain CDs would give you certain monsters. In reality it was reading the table of contents data from the CD to generate a monster. Certain music CDs were given certain monsters based on the band or album name. But those days are gone sadly, and the novelty of gaining new monsters too, kinda. Now when you go to the shrine in the market you can search for specific bands or albums and get the monsters that way, or try your luck with a randomly selected one. They’ve handled this as best they could, and the system works well. I never had a problem finding a band or album that I was specifically looking for, as I kept in mind the original release for the first two games were 1997 and 1999. 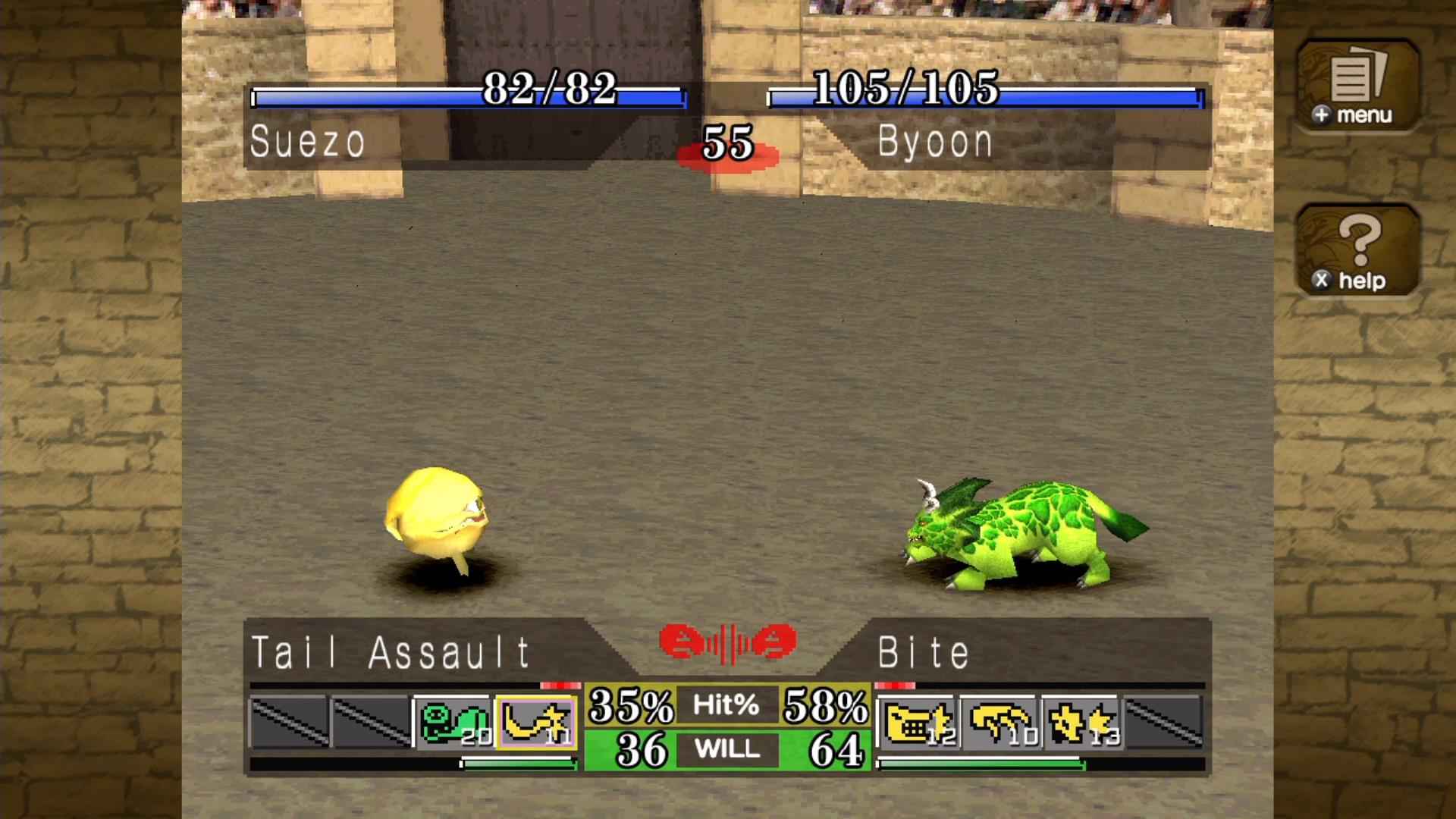 I think there were a handful of factors that led me to not enjoying this game as much as my younger self thought I would. Maybe I wanted to be taken away on a journey to something magical. That did not happen. The lack of direction early on turned me off more than it should. Once I got my sea legs though, I was having fun. Trying to find a combination of training that wasn’t too intense while still growing my monster’s notoriety was fun. Perhaps it was my inability to fight in the tournaments. Turning on the auto battler solved that, but wasn’t as much fun as trying to win myself. Monster Rancher 1 & 2 DX offers an eccentric set of games that hasn’t been repeated outside the franchise to date. I can still see myself playing this while I'm watching football on Sundays, or while my wife is watching something I have no interest in. If you haven’t given it a try before and you’re interested, this price point is more than fair for two well made games. If you loved them back in 1997 and 1999 you're still going to love them with the portability of the Switch.

I don’t know what I expected from Monster Rancher 1 & 2 DX. Never playing a game in the series but wanting to try it out might have set my expectations too high. Monster Rancher is a unique take on a game, it also takes someone who wants to play a unique kind of game to get the maximum enjoyment from it. I don’t think that was me, but I can appreciate two well made games, even if they’re not my perfect cup of tea. The Nintendo Switch might be the best place for this type of slower paced, menu based game. Overall I enjoyed my time with the games, but not as much as I hoped to.