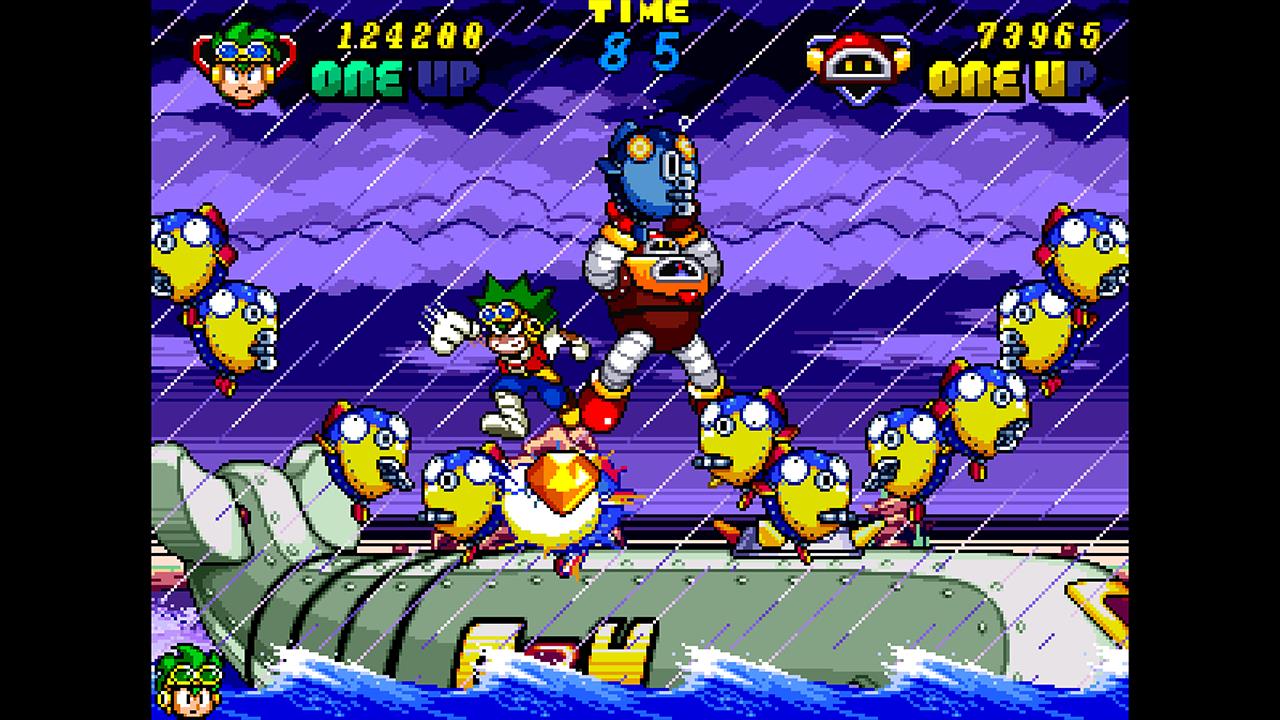 Written by Elliot Hilderbrand on 12/16/2021 for SWI
More On: Clockwork Aquario

Did you know it took Duke Nukem Forever 14 years and 44 days before it was completed? That used to be a record. Then Clockwork Aquario came around, well, it’s always been around. But now it’s a finished product. Coming in at 28 years and 81 days from start to finish, I can’t imagine another game dethroning this one anytime soon. Originally set to be the last arcade game by Westone, the game was meant to only take two years to complete. But like everything there were a couple of hiccups along the way. Since it was originally an arcade game, the plan was for all three characters to be played at the same time. That plan never came to fruition, and once again became a two player game. By 1993 the game was mostly finished. Clockwork Aquario was not initially well received when it was shown, and as such was outright canceled in 1994. That would be the end for most games. Yet it lives, and is playable. In fact the game looks great on the Nintendo Switch. 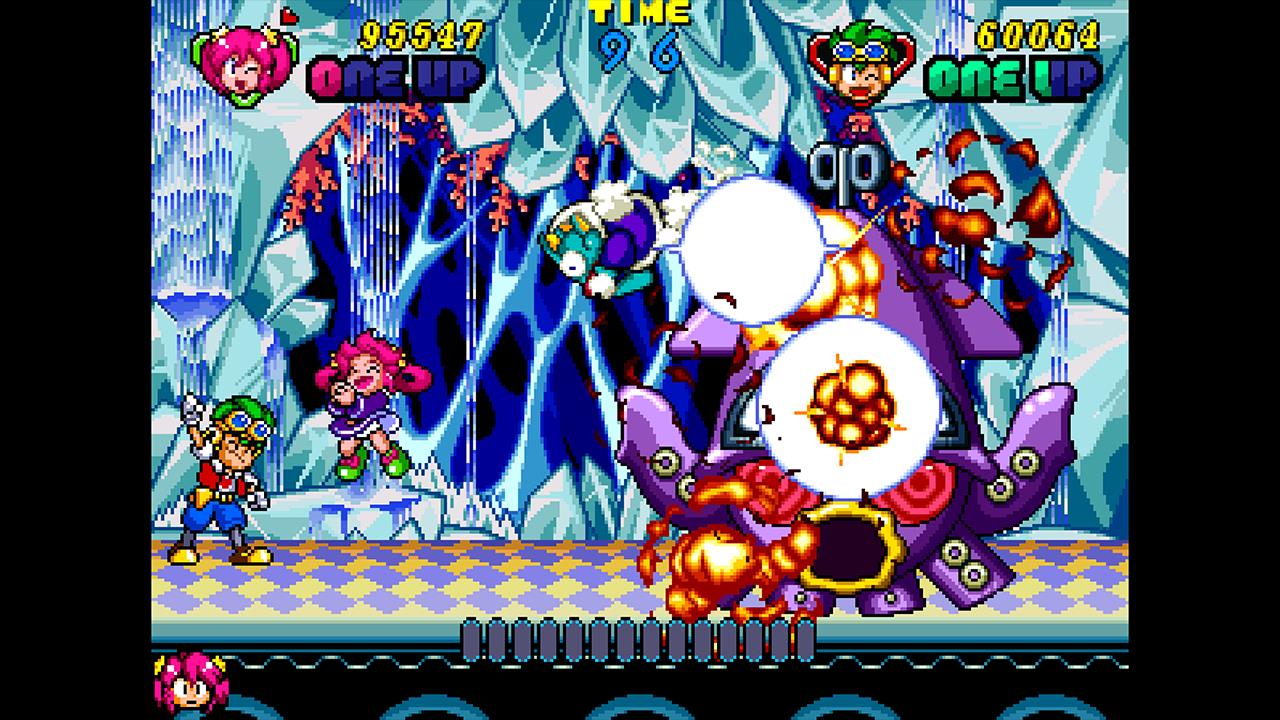 Along with looking sharp, Clockwork Aquario has tight controls. The look and feel remind me of most side scrolling games from the 90s. This one would have fit in with the rest. And therein lies the problem. It looks like all the rest. There is very little to set this game apart from others in the genre.

Along with the over-familiarity of the game comes the length. While I found one level to stand out overall, it feels shallow. I’m sure for something meant to be on an arcade cabinet the length is right in line with games of that era. But I was able to finish in one sitting the first time I sat down to play. And after that I never felt the urge to come back and play again. 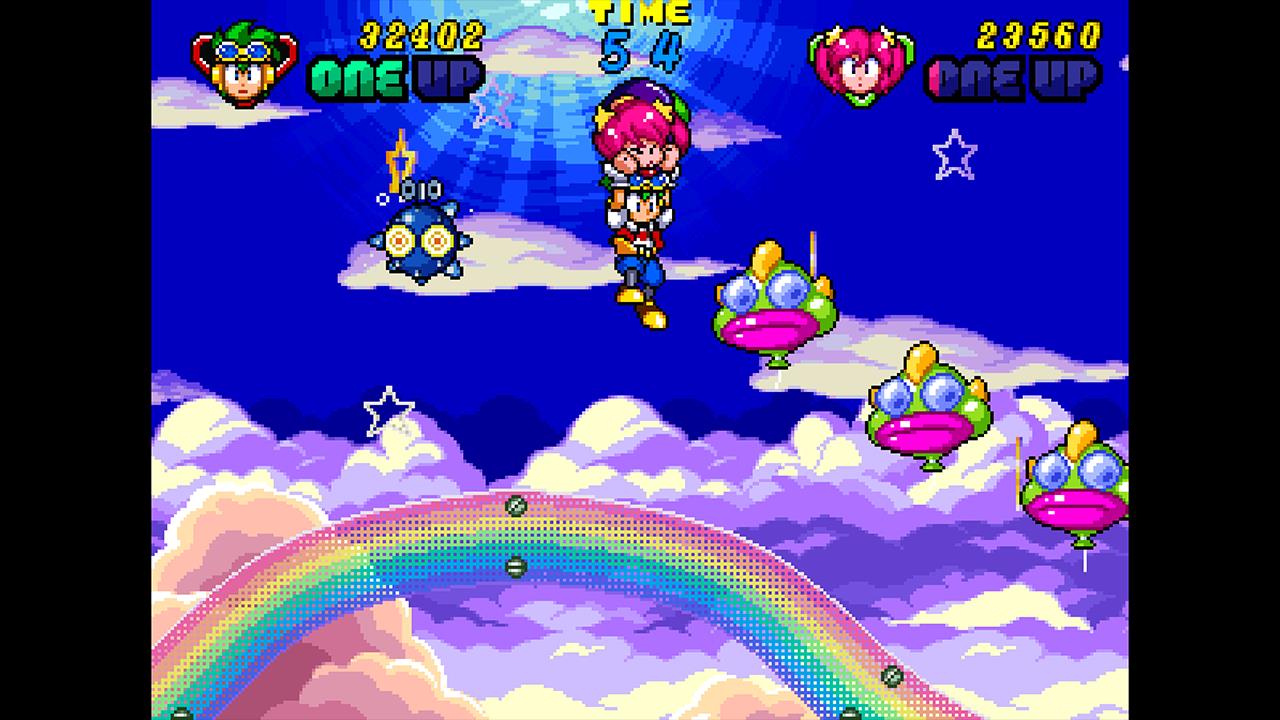 Luckily though, you can choose the difficult setting before you start to play to give yourself a bit of a challenge. Really it just amounts to limiting the number of lives you are given. So there is some replayability for those that would want to do a few runs. Another interesting feature of the game is being able to make your screen resemble that of an old school tube tv or arcade screen. Features like this in a restored old school game help give it some weight, because there doesn’t seem to be much here.

The game has three playable characters. The boy, girl, and robot are all three different enough in looks, while having almost all the same moves. Interestingly enough, when your character takes damage, the character shows it. For example the robot will eventually lose its head when it takes too much damage.

Gameplay is a typical side scrolling affair. You jump on enemies, pick them up and throw them, as well as popping balloons for points. There’s not much to say, and nothing that sets it apart from the competition. You have five levels to work through, with a boss fight at the end of each one. I particularly enjoyed the boat level, it felt the most unique of the levels to go through. Most of them can be pretty challenging to get through without dying, but not impossible. There’s nothing wrong with the gameplay, it's just...so normal.

Being able to play with a friend is an added bonus. A feature of co-op gameplay is being able to pick up your co-player and throw them. I’m sure this was probably a bit ground breaking then but now seems normal and a little annoying. I found myself grabbing my friend when I wasn’t trying to.

I enjoyed my brief time with Clockwork Aquario. The sharp controls, and snappy visuals help the standard gameplay. Having said that, it amounts to a pretty routine side scrolling game from the 90s. After playing through the game once I didn’t feel the need to play again. The bonus content is strong, but not enough to help make Clockwork Aquario stand out from the 16-bit side scrollers coming out today.