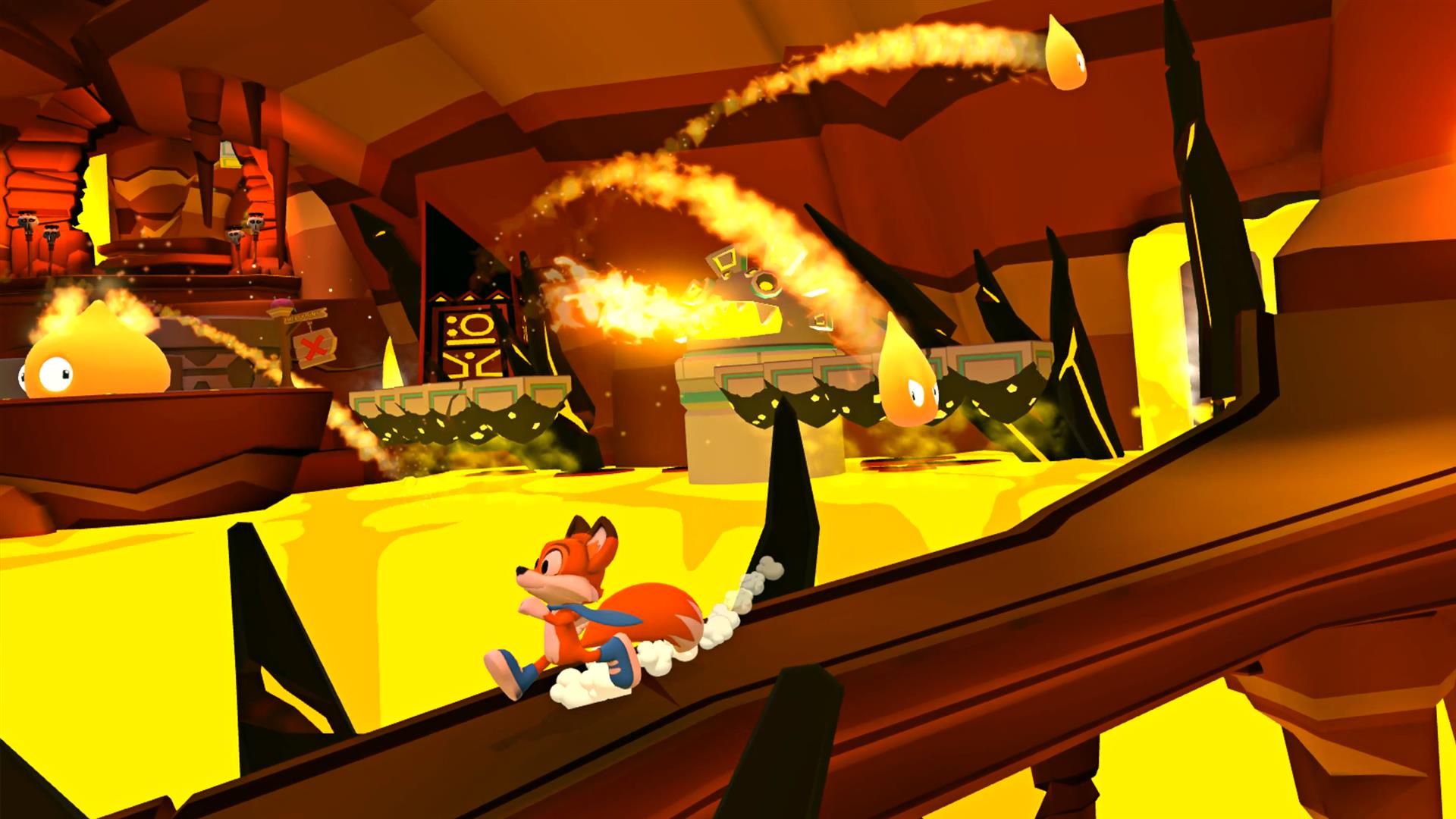 There may be a certain school of thought out there that believes that Lucky’s Tale doesn’t deserve to be remastered and re-released. Originally released as a bundled title with original Oculus Rift, Lucky’s Tale holds a mid-tier 64 on Metacritic, impressing some critic at the time of its original release while distinctly underwhelming others. The game’s legacy is somewhat understated. Other VR platforming characters like Astrobot are lauded, while Lucky is relegated to the Glover-heap, smothered by the Crocs and Blastos of forgotten franchises. 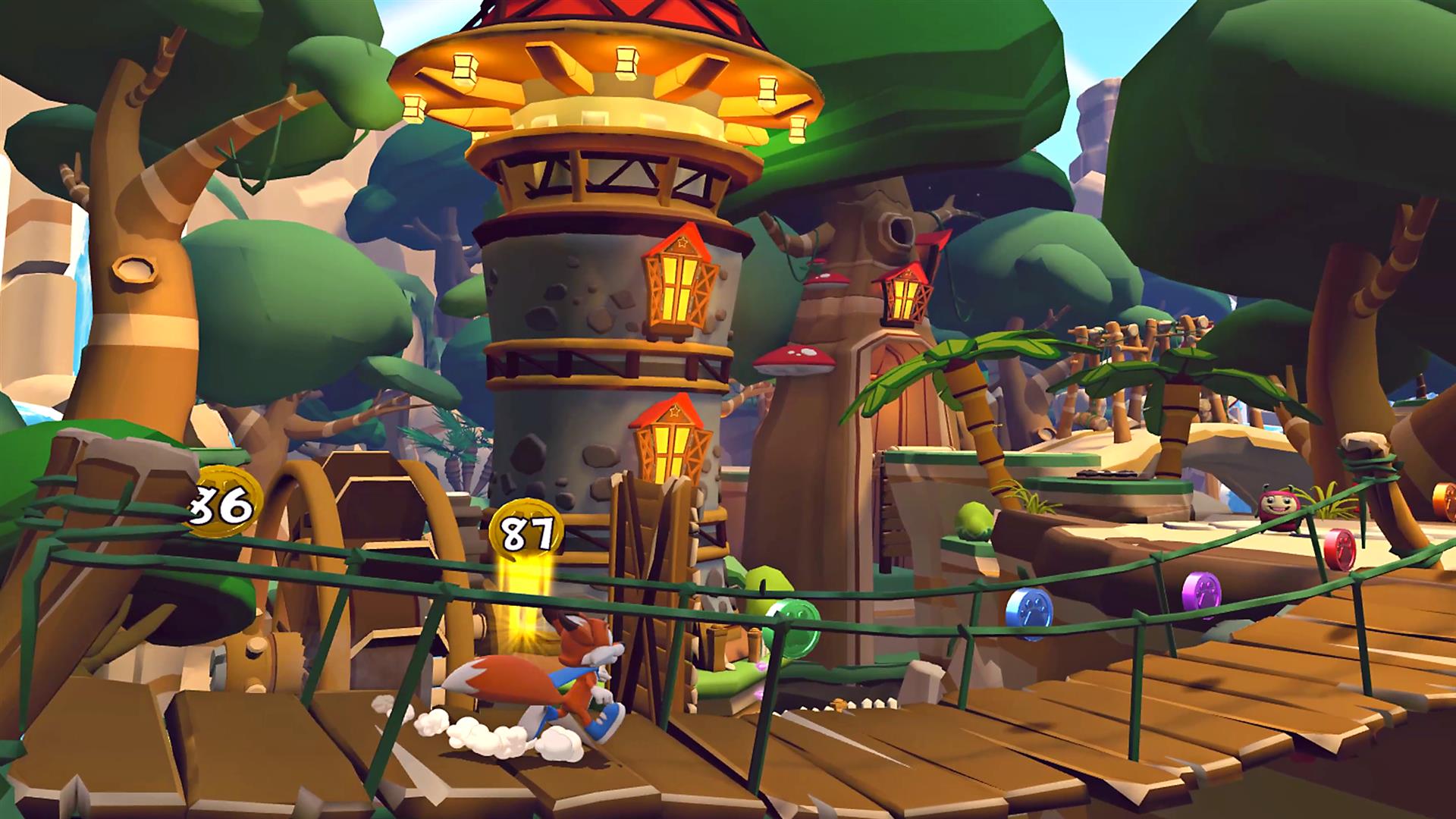 But a strong argument can be made for the preservation of Lucky’s Tale, and those interested in the history of VR games may want to give this title a second look. (Not to mention that Lucky’s non-VR sequel, Super Lucky’s Tale, is something of a cult classic at this point.) Lucky’s Tale was one of the very first titles released that considered what VR could be beyond an endless slog through one first-person “experience” after another. VR character-based platformers simply didn’t exist at the time of Lucky’s Tale’s release, meaning that this modest little game paved the way for a ton of subsequent VR platformers.

Playing through Lucky’s Tale with modern VR-accustomed sensibilities feels smooth and intuitive, but just imagine the problem solving that Playful Corp. had to engage with in order to get this thing to market back in 2016. Lucky’s Tale was the first platformer - on the first platform - of an entirely new medium. How do the characters move in a 3D space? Can you have levels with verticality without giving players vertigo? How do you prevent players from moving Lucky out of sight, and therefore completely breaking the game? 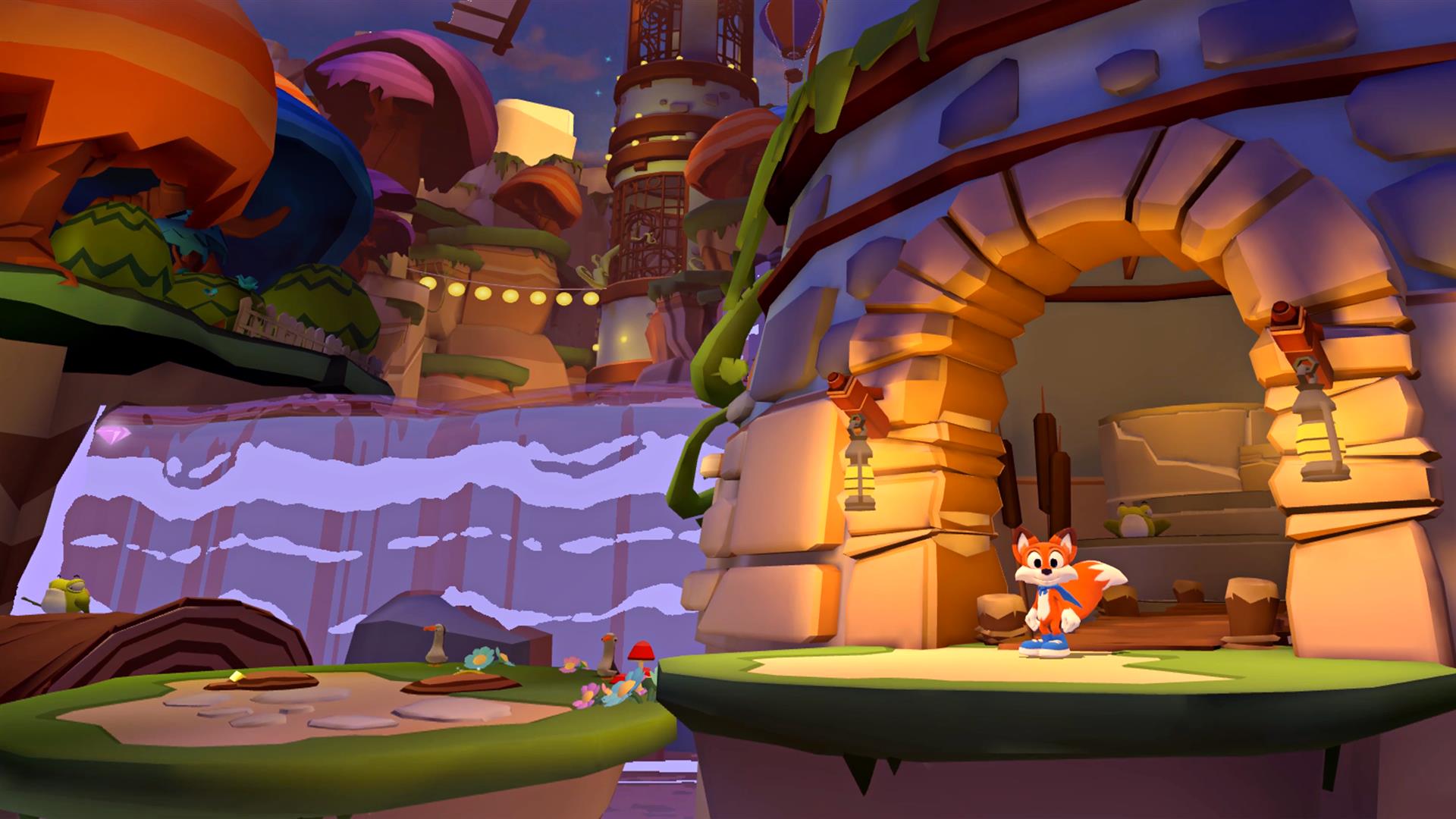 And then there’s the question of the camera. Where do you put the camera, when the player’s face is the camera? The question becomes “Where do we put the player where they can see what they need to see?”, and Lucky’s Tale solves that problem (and several thousand others) in a way that feels exactly right. The player hovers slightly above the world, removed from Lucky and his adventures just enough to have a clear view as to what challenges Lucky is facing. As Lucky moves about, so does the player, gliding gently through the world, gaining elevation as needed to keep a bird’s eye view over Lucky and his world.

The thing is, this elegant camera solution feels totally natural and right while playing Lucky’s Tale, which is astounding when one considers that this game represents the first time anyone took a swing at solving that particular problem. And much like the camera situation, the rest of Lucky’s Tale feels neat, clean, and polished, resulting in a delightful platformer that may be a little simple and brief, but definitely holds a notable place in video game history. 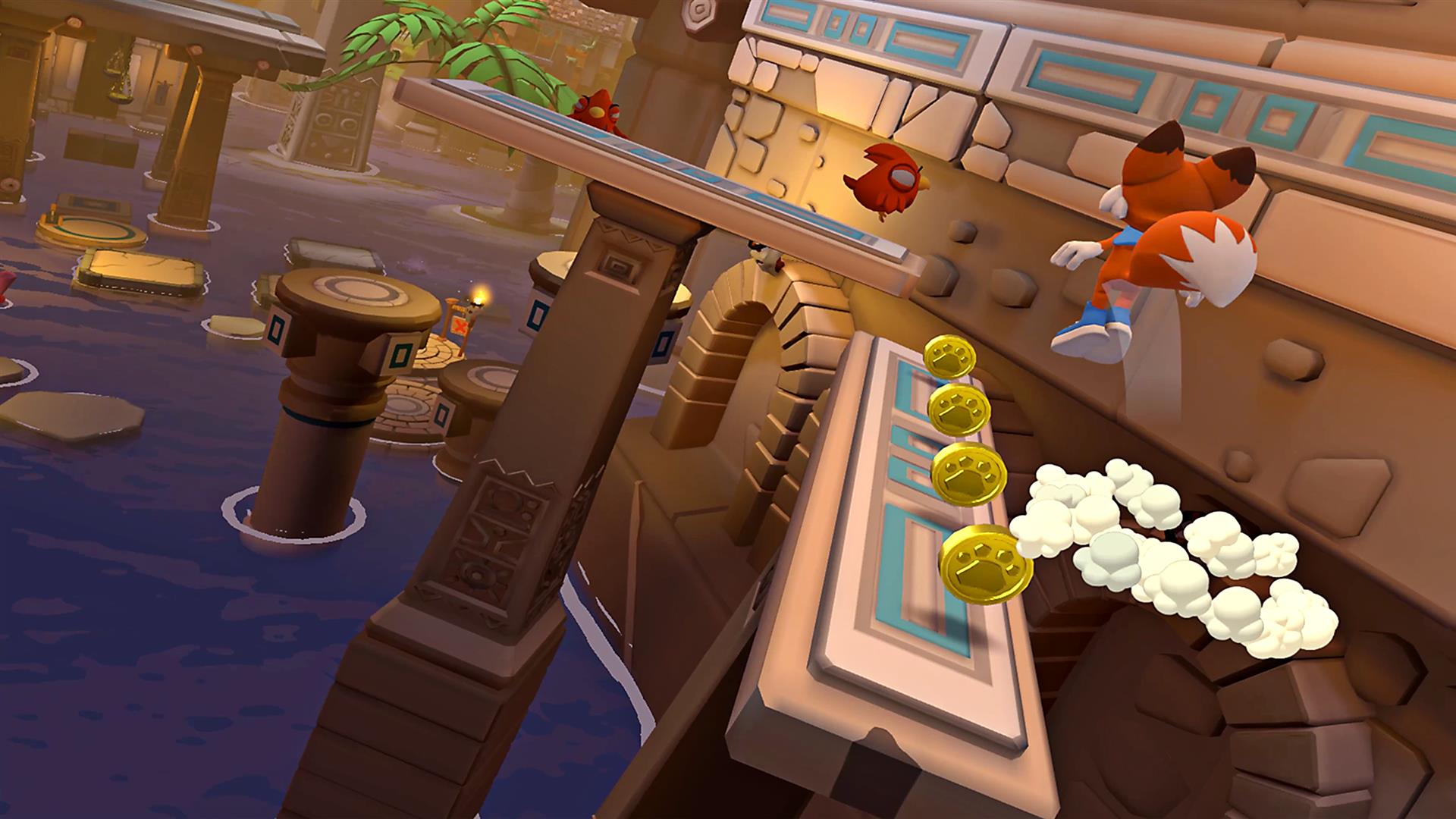 So yeah, like Rodney Dangerfield, Lucky’s Tale deserves a little respect. But more than that, Oculus Quest fans ought to give the game a look just because it’s fun. The characters are sharply defined and cute, the world is bright and colorful, the enemies are abundant and not-terribly-challenging, and the platforming controls are spot on.

Lucky’s Tale begins with Lucky the fox nestled happily in bed with his pig friend, when a bad eyeball-monster with lots of tentacles creeps through the window and steals the pig. McGuffin established, Lucky cheerfully sets out into the world to find the pig and defeat the eyeball. It’s the thinnest of premises, but hey, a certain plumber has been chasing after a princess for like 30 years now, and nobody questions that. 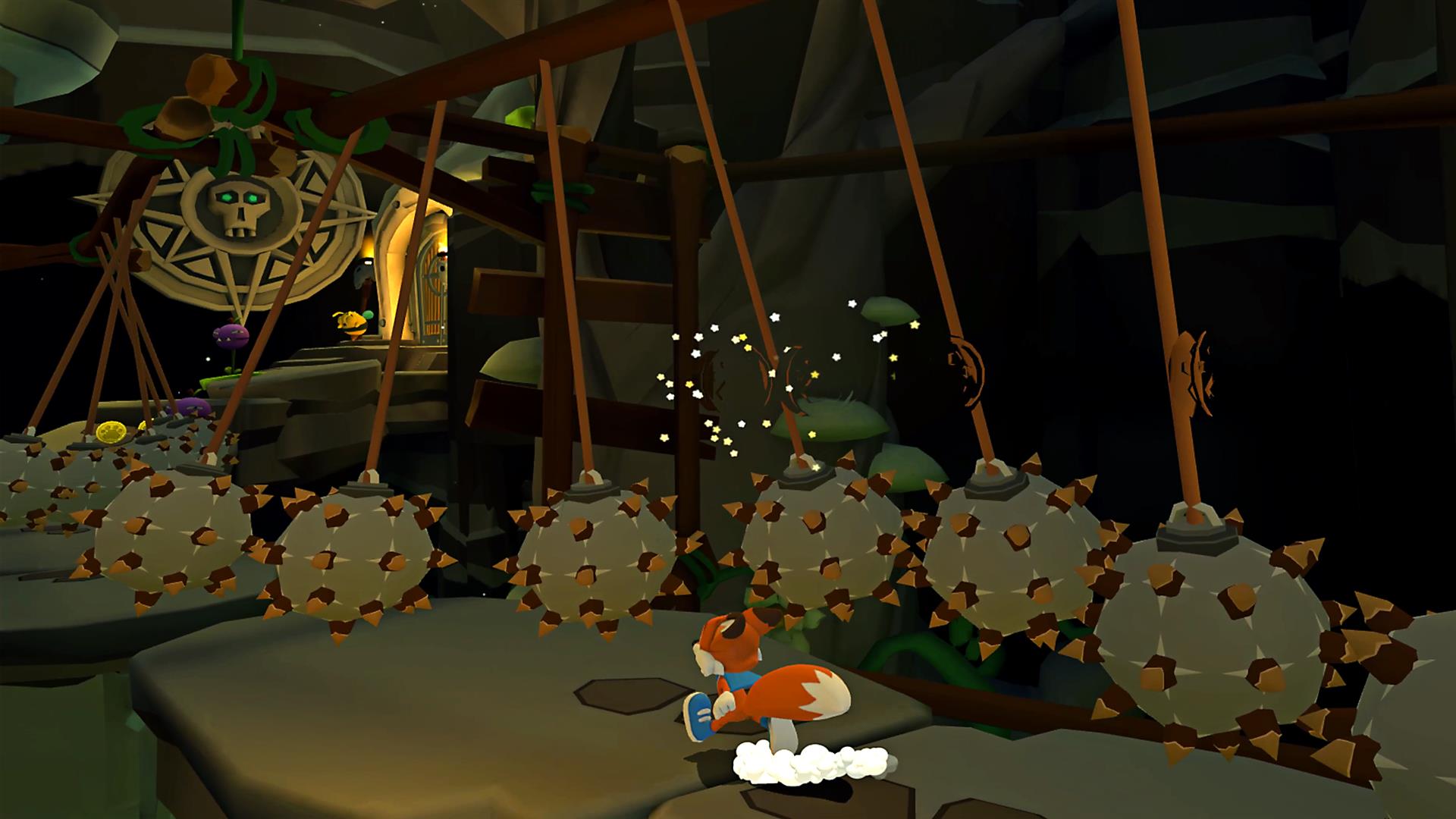 The platforming in Lucky’s Tale is simple, but still sometimes challenging. Lucky cheerfully bounds through a variety of worlds, jumping on mushrooms, ducking under logs, collecting coins and doing all of the usual platformer activities. The game’s controls are extremely tight, allowing the player to sometimes escape when they find themselves over-jumping. Still, this game isn’t exactly a pushover. I found myself carelessly plopping into the water on occasion, which was always 100% my fault.

Lucky sometimes dives down into the ground, and the camera pulls out for some Crash Bandicoot-style horizontal levels, and these were some of my favorite parts of the game. With the player placed off to the side, peering into the little underground dioramas to jump through some brief puzzle-laden levels feels like just the right touch to break things up. 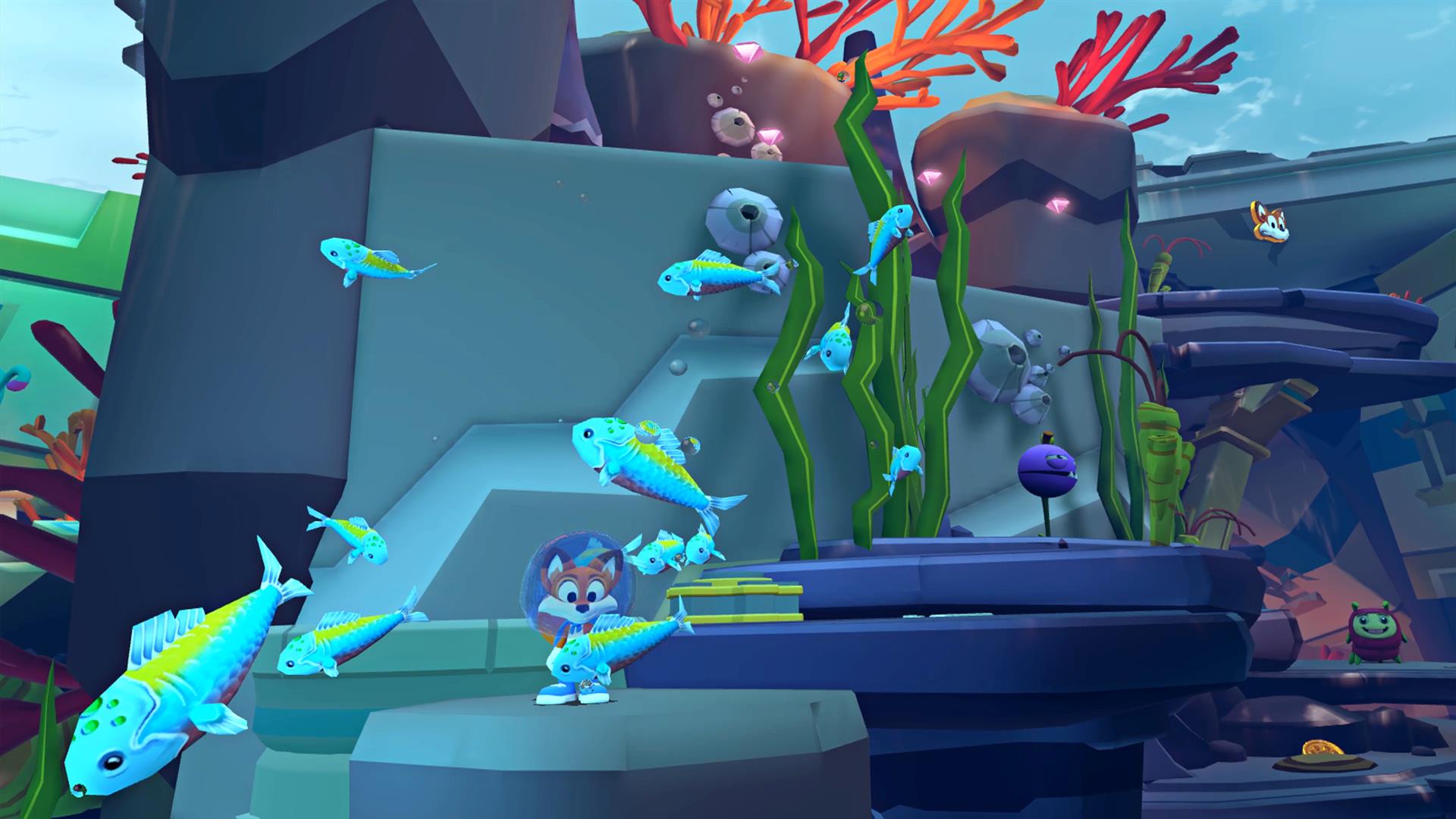 Enemies are all over the place, but once the player locks in on their patterns, they are easily defeated. Lucky’s move set is also distinctly Crash-like, as he has a double jump at his disposal, as well as a tale-swipe and a ground-pound. There isn’t much in the game that switches these powers up, so players will find themselves jumping on a lot of monsters’ back, or tale-swiping them off of the platform. Climbing a pile of boxes and then belly-smashing them will likely feel pretty familiar to experienced platform gamers.

So yes, the assessment that Lucky’s Tale isn’t terribly original gameplay-wise is accurate, but that doesn’t mean that it isn’t charming and fun. My 8-year-old daughter is just starting to dip her toe into the world of VR gaming (after years of begging and hearing me tell her that she is too young), and I let her play Lucky’s Tale for a couple of hours just to listen to her ooh and ahh over how cute it is. This is a game that people of all ages and skill levels can enjoy. 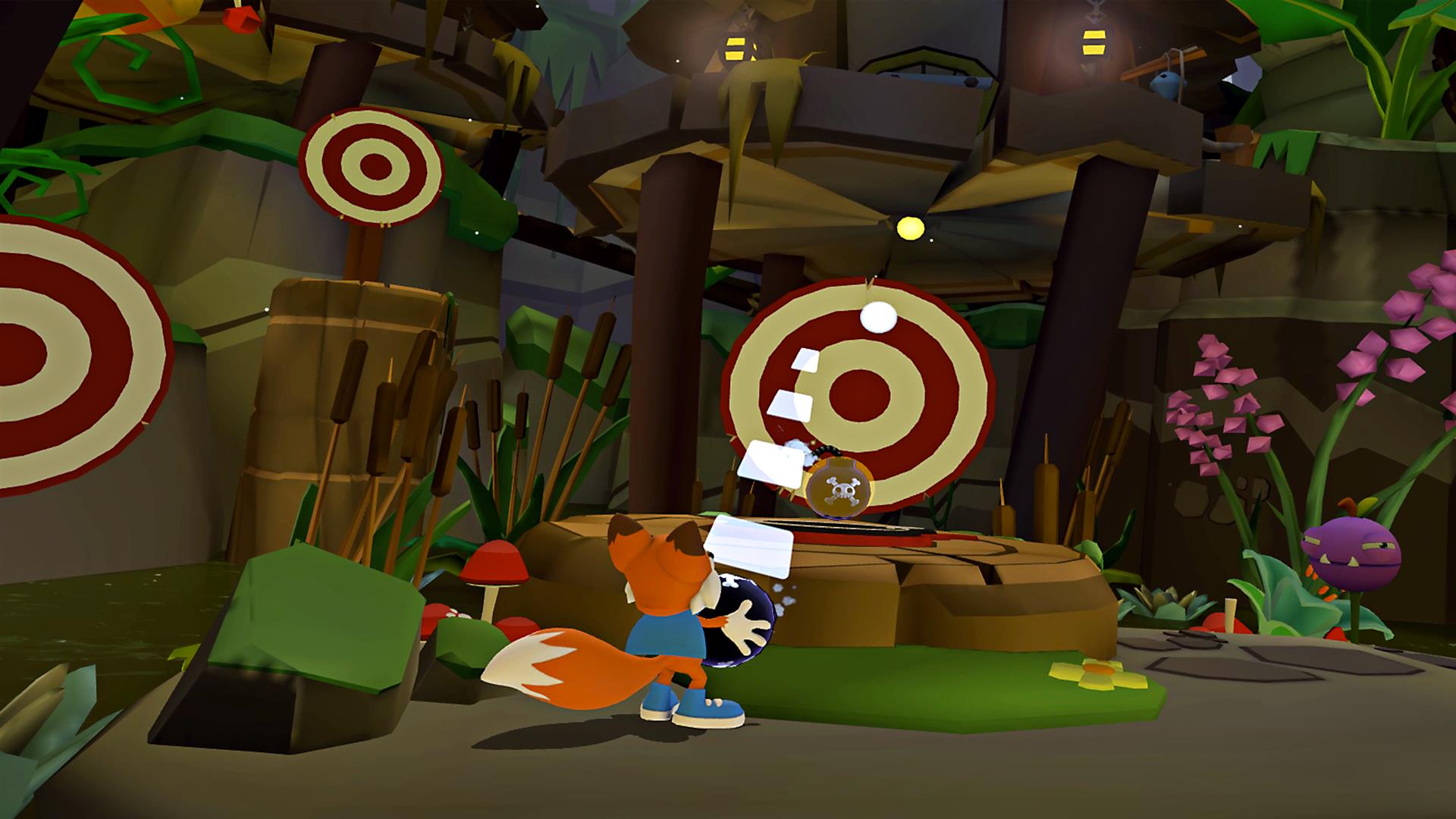 The remaster of Lucky’s Tale looks and plays great, taking advantage of Quest 2’s much higher resolution.  The game’s visuals look sharp and crisp, giving the characters the appearance of living toys. The original Lucky’s Tale was released with some rather unpopular level gating, which forced players to repeat levels and perform time trials and treasure hunts to unlock later levels. That gating was patched out of the game fairly early on, and there is no sign of it in this new version. Collectables are strictly optional, so those with shaky skills can simply opt to cruise right past them with no concern about not progressing.

In all, Quest 2 players should be pleased to have a way to bring this game into the modern VR era, as many of them likely didn’t have access to the Rift when the game launched. Sure, some of the design is a little dated, but that doesn’t mean that running the gauntlet with Lucky isn’t a good time. If you have kids, or you are a bit kid-like yourself, you’ll likely find this short but sweet experience to be well worth your while. 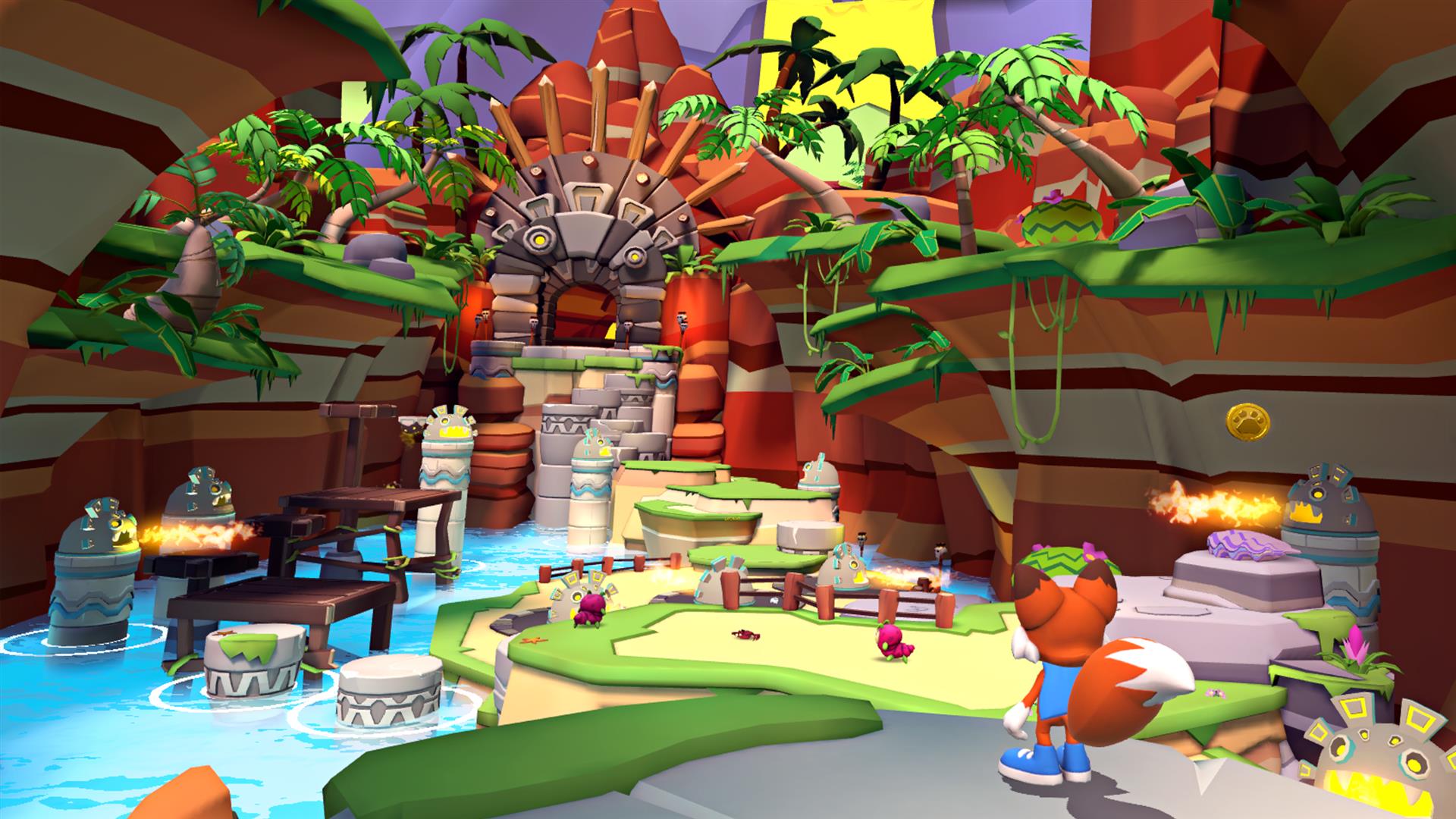 Lucky's Tale looks great and plays even better in this well-deserved remaster. With updated, crisp visuals and remastered sound, this is a game that will appeal to young (and young at heart) gamers. Not the longest, not the deepest, but still worth a look for the groundbreaking way it brought platformers to the VR era.