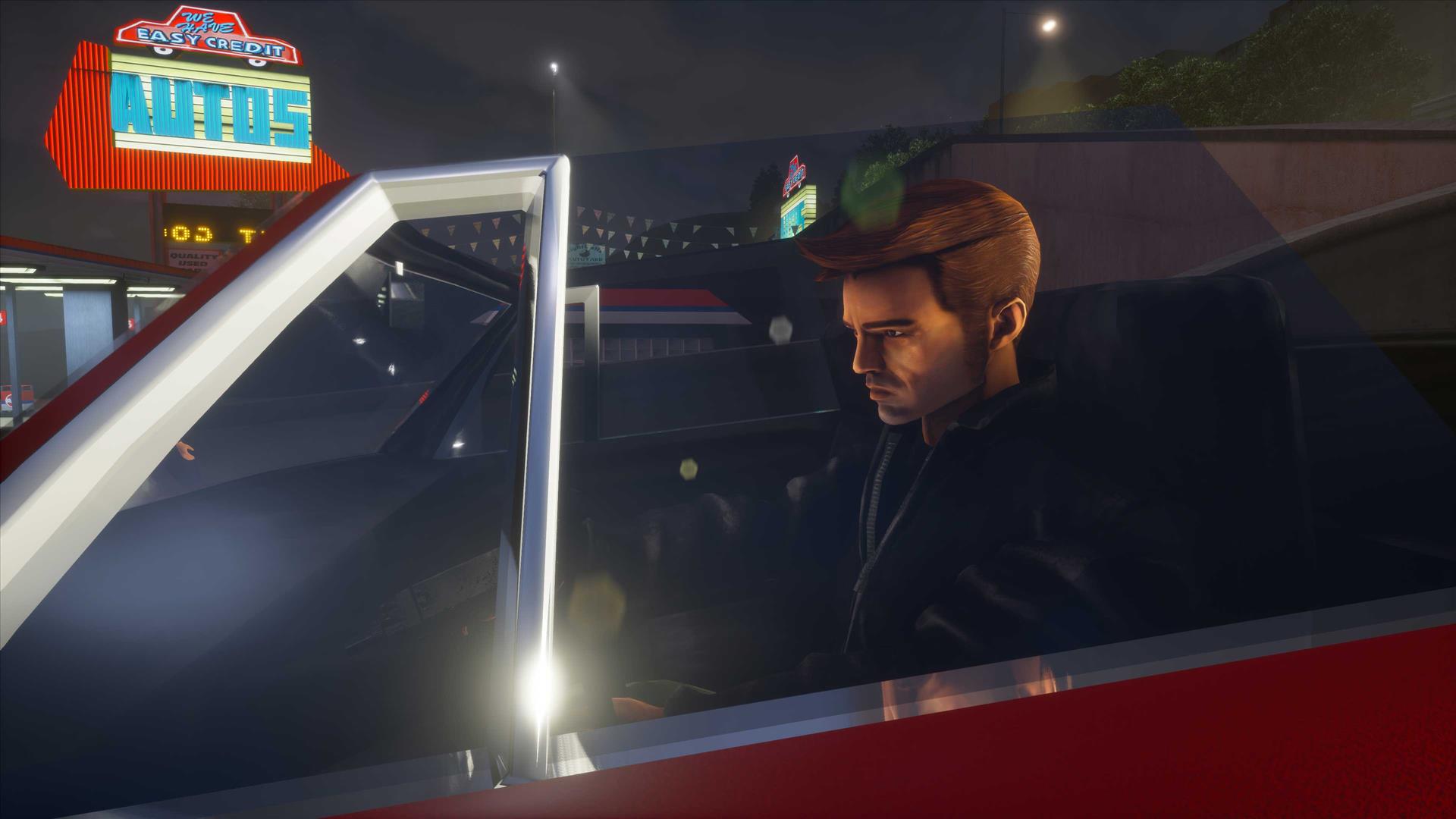 Grand Theft Auto: The Trilogy - Definitive Edition has me at a bit of a loss, for a number of reasons. I’m not sure what I expected from this remaster of three classic Rockstar titles from the PS2 era, but it certainly wasn’t what I got when I first booted up Vice City on my PS5. But as weird looking as the remaster of these games looks to my modern sensibilities, I find that I’m still enjoying myself while running around their darkly funny, crime-twisted worlds.

I spent a ton of time with all three of these titles upon their original release, so I carry no illusions as to what the PS2 versions of these games were like. I clearly remember going on “chaos runs” in Grand Theft Auto III, taking a fully-loaded Claude out into Liberty City to see how much trouble I could stir up, and then how long I could survive once I had a four- or five-star wanted rating. Vice City was an amazing expansion on that original formula, moving it into a sun-dappled Miami Vice 1980s setting. But my favorite of all was San Andreas, with its soundtrack that echoed my own teenage playlists and its overblown Boyz N The Hood sensibilities. I love that game beyond reason. 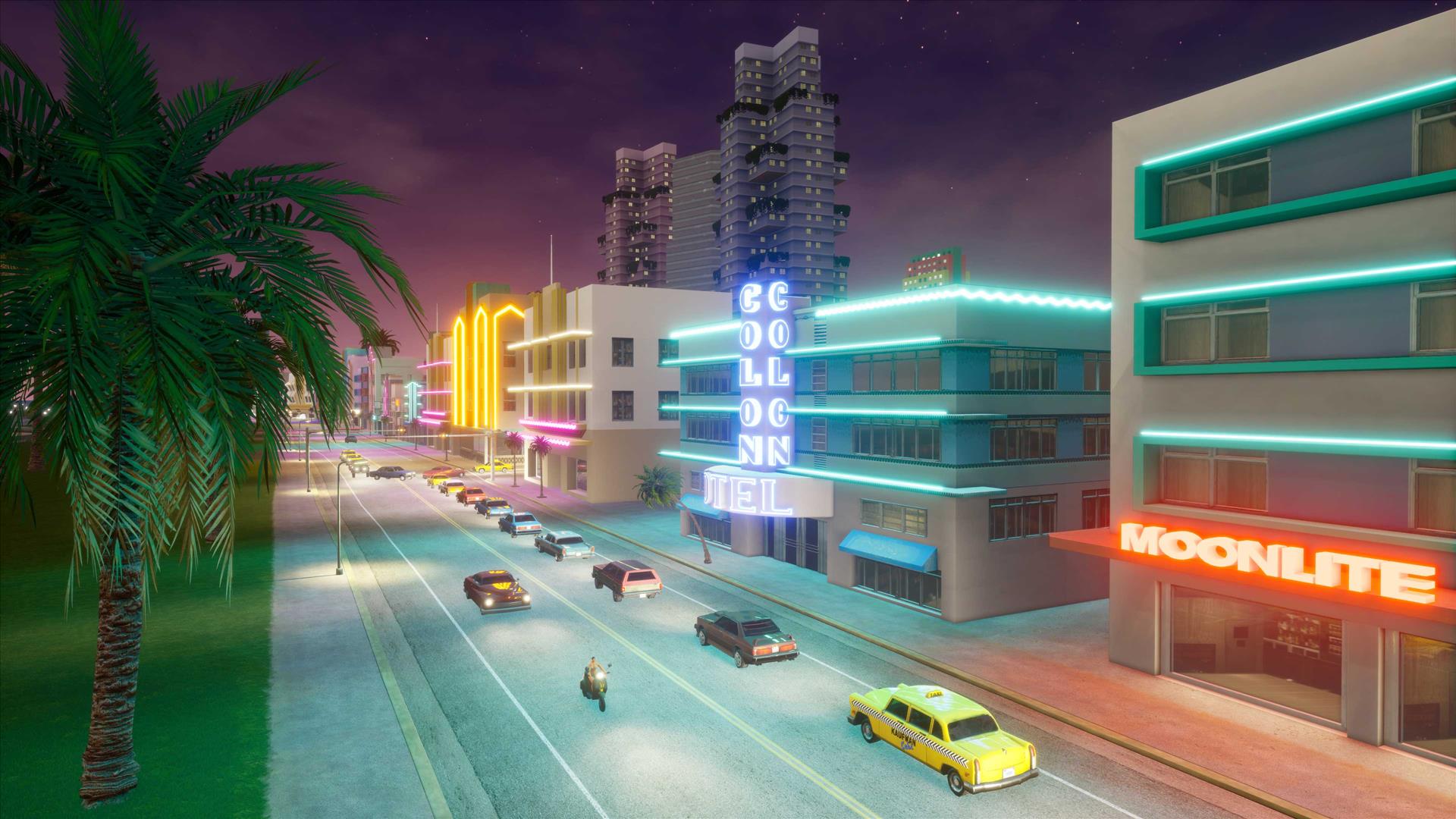 But I also remember what these classics looked like on a PS2. At the time, they were visual marvels, but the lower resolution of standard CRT televisions definitely helped cover up some warts in the character and world design. So I guess what I didn’t understand about The Definitive Edition was that none of these warts would be addressed. Instead (for the most part), the original character design has just been revealed at a much higher resolution, like a piece of gauze being removed from the player’s eyes, revealing…unholy freaks.

At a lower resolution, I had no idea how freakishly ugly many of these characters were. Part of me thinks that a lot of people's negative reaction to these remasters is simply the realization that "Damn, this is what these characters look like?" In Vice City in particular, the characters look like wax figures that someone took a hair dryer to for about five minutes; melted weirdos that glorp across the screen with some truly inhuman animation. I streamed a bit of Vice City when I was first trying it (before my save broke completely), and part of that stream was me just hanging out in the street watching various NPCs walking around and looking bizarre.

I understand the difference between a remake and a remaster. A full remake of these games would be a titanic effort, but the new lighting effects and higher resolution of this remaster don’t seem to have made many folks very happy. It feels like modern gamers might have been more happy with GTA: The Definitive Edition if Rockstar and Grove Street Games had met them somewhere in the middle. Simply running these games on modern monitors with better lighting is like stripping the photoshop from the picture of an aging Madonna. Ain’t nobody trying to see that. 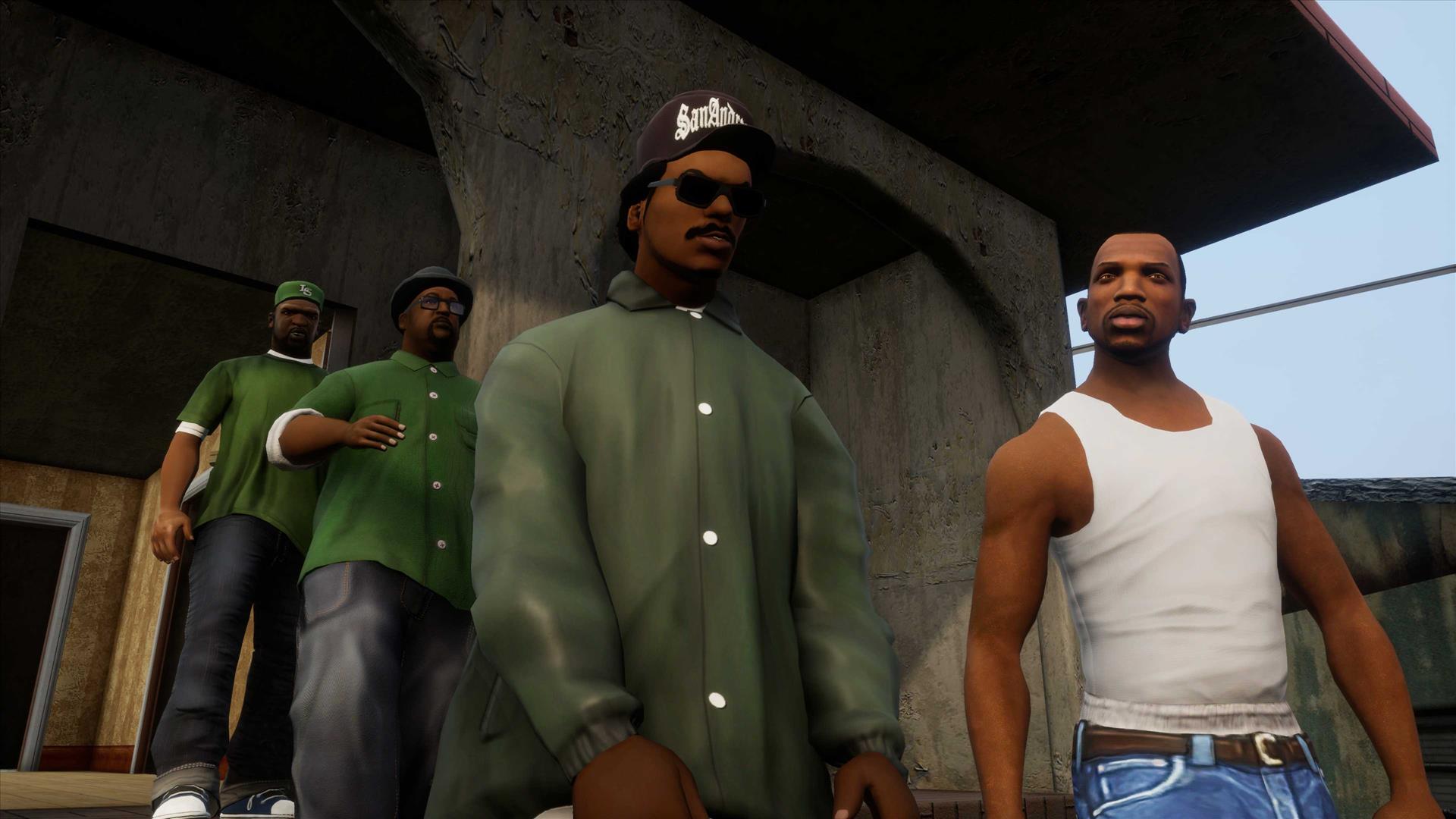 The polygonal characters look so strange with features painted on their lumpy faces. I bought a cool-looking watch for my CJ, and had to snicker when it appeared flatly drawn onto his arm. It just looks so darn outdated, particularly when juxtaposed with the much-better looking game world.

And yes, many of the ballyhooed bugs are here. Characters walking in midair. People sitting on the tables instead of the booths at the pizza joint. A wildly uneven frame rate (I saw one guy comment on Twitter that GTA V ran better on a PS3 than GTA III runs on a PS5, which is both accurate and sad). And yes, when it rains in the games’ worlds, the visuals go straight to hell, particularly at night in San Andreas. None of the original animations have been remade, which leaves many of the scenes feeling stilted and janky. All of the stuff you have seen on the internet is more or less true.

And yet, for all of their visual weirdness and somewhat shaky technical implementation, these games are not the complete disaster many have made them out to be. Sure, there are a lot of bugs, but its not like they appear constantly. There isn’t some game-breaking bug in every scene; in fact, I only encountered one game-breaking bug in all of my time with all three games (the above-mentioned save debacle in Vice City). For the most part, all of the stuff I encountered was just visual weirdness, which didn’t impact me all that much. 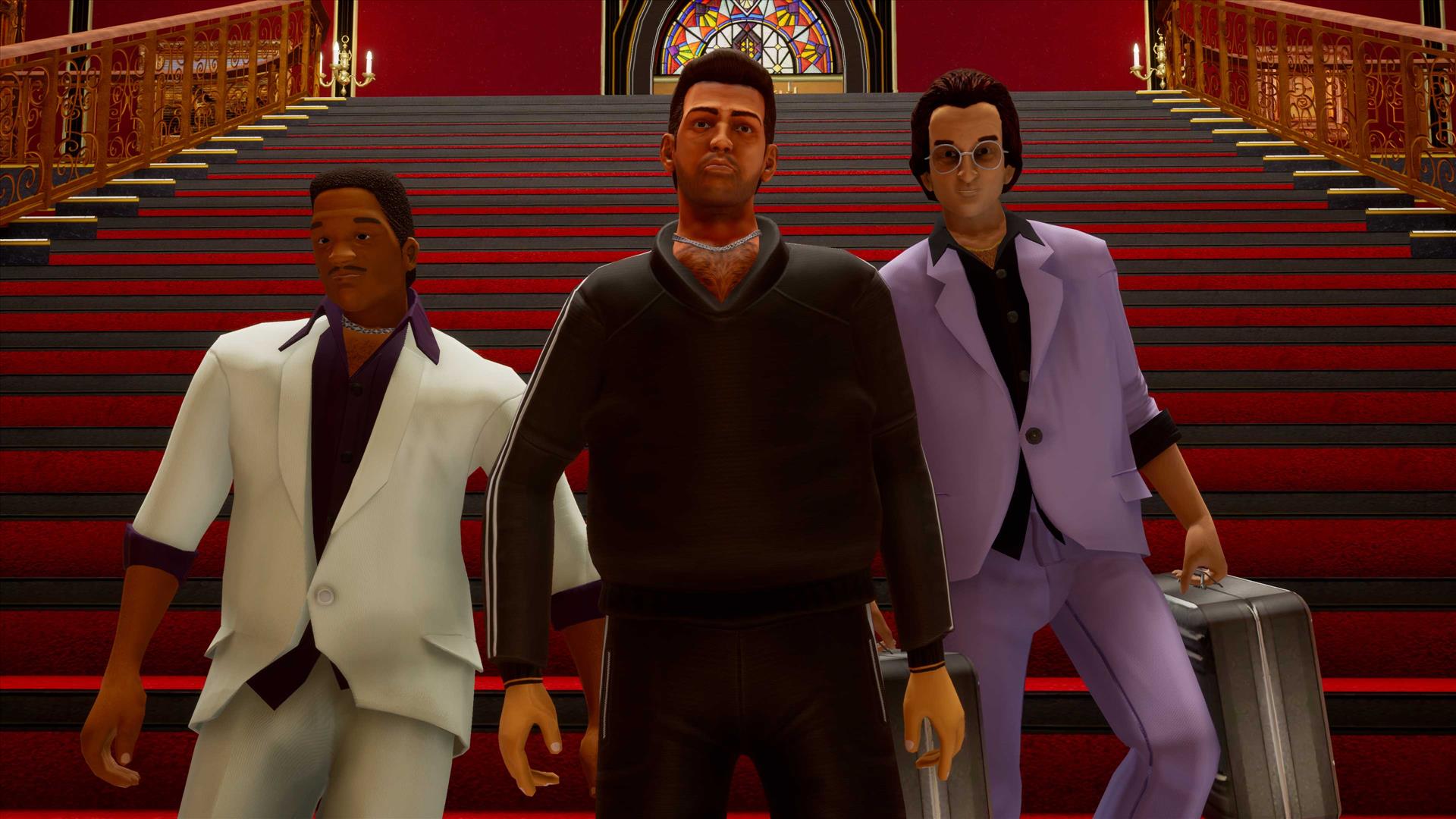 Perhaps predictably, I have kicked the tires on the other two games, but I’ve spent the most time in San Andreas. And when everything is going well, I’m having as much fun with this game as I ever have. I suppose my acceptance of the games’ faults probably has to do with my general amiable attitude, and the fact that I’m willing to forgive and forget when the framerate tanks for a few seconds for no apparent reason. It also doesn’t hurt that I’m not the sort of person to declare a game “garbage” when I see a visual bug – I typically just chuckle and get on with my life, because I am an adult.

There is no denying that these games were fun when they were released, and they are fun now. The later two games have ridiculously good voice casts, and the writing is far better than 95% of what you see in modern games. Mission goals are wildly creative, and aren’t even slightly afraid of pushing some very politically incorrect buttons. Simply riding around in cars listening to the radio is an adventure (forget wondering how Rockstar got away with some of this stuff back then, wonder instead how they are getting away with it now). And going on “chaos runs” is just as fun as it ever was. 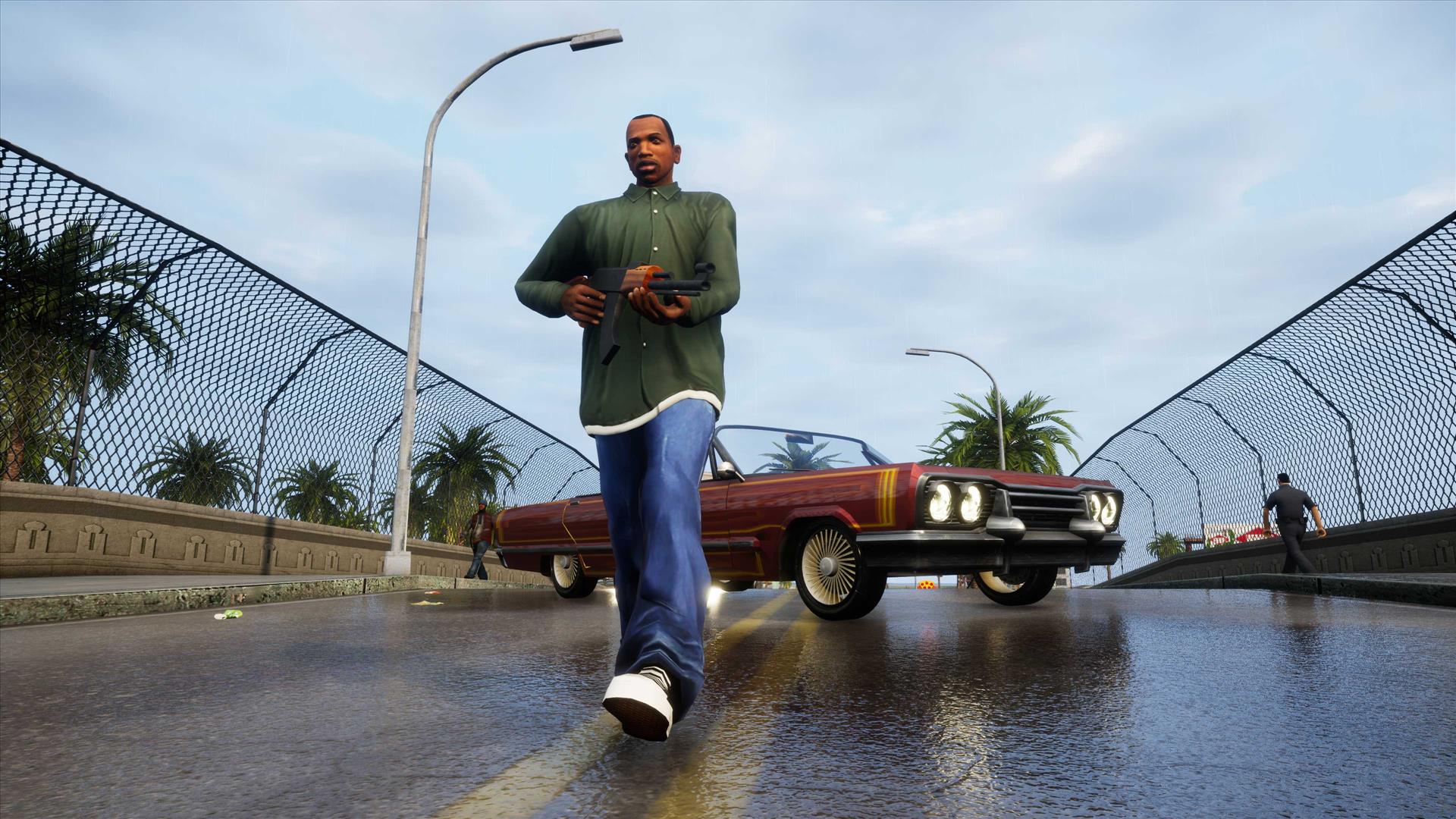 The new weapon wheel, ripped out of GTA V and transplanted into these older games, helps tremendously when it comes to managing your stuff on some missions that have otherwise blistering difficulty. Being able to snap the action into slow motion to switch out your gear is a fantastic improvement over the bumbling and juggling of the original releases. Likewise, allowing players to keep their stuff when they get killed on a mission is very, very helpful.

And just to keep it 100%, the new lighting effects really do look fantastic at times. Credit where it is due, it is absolutely marvelous to drive up to the top of a parking garage and watch look at the sun setting over the city. Rays of light bursting from between trees while you are driving in the forest, the snap and sparkle of neon signs, it all looks fantastic. 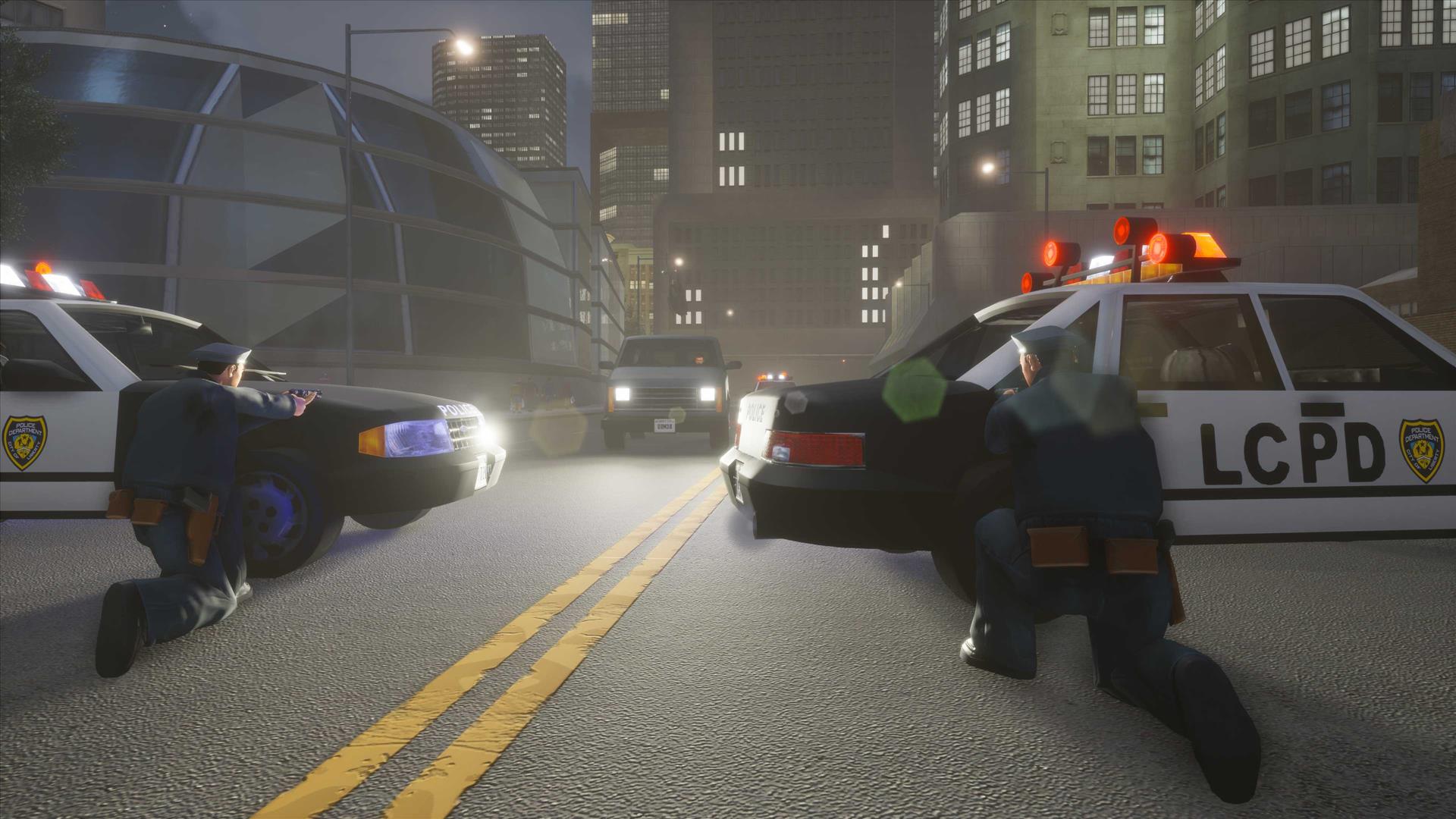 In the end, it’s best to go into GTA: The Definitive Edition knowing what to expect. The worlds look a lot better, the characters look insane. Animations have not been improved, but controls have. If you are the sort of person that needs everything to be perfect all the time, then yeah, maybe you better wait for Rockstar and Grove Street get some of this stuff patched up. But for those that can put up with a bit of jank – especially fans of the originals that remember how they played in the PS2 era – you’ll probably have a good time here.

Grand Theft Auto: The Trilogy - Definitive Edition is kinda rough and kinda janky, but it isn’t quite the disaster that the dogpile claims it is. Sure, the character design looks rough in high resolution and there are a fair number of bugs, but the games largely function as they did three generations back when they released. It ain’t great, but we’ve certainly seen worse.