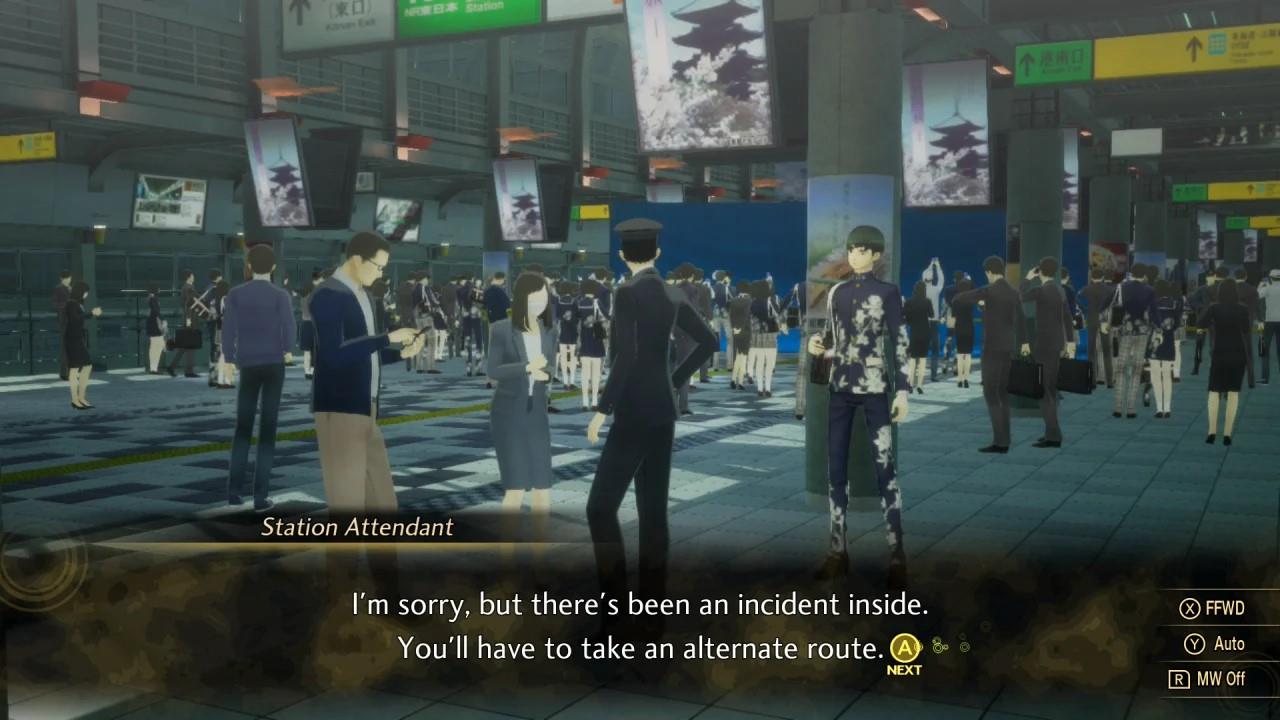 The Shin Megami Tensei series has largely been overshadowed by its spinoff, the Persona series, but I’m always up for another entry in this excellent JRPG series that never loses sense of its roots. Themes of humanity and society are often addressed in extremely dark and philosophical tones that make the games in this series one of a kind, oozing with a sense of personality that you won’t find in any other game. Now, after being announced 4 years ago when the Nintendo Switch was initially unveiled, we finally have our hands on the newest addition in the franchise with Shin Megami Tensei V.

Shin Megami Tensei V begins with a silent protagonist on his way home from school, but soon has his life left behind as he is transported into a deadly, demon-infested alternate reality of Tokyo. Apparently, there is a war raging between angels and demons, and you end up fusing with a demon called Aogami to become the androgynous entity known as Nahobino. It is now up to you to determine the fate of humanity by choosing to side with Heaven, Hell, or neither.

It was an odd decision for Atlus to make Shin Megami Tensei V a Nintendo Switch exclusive, considering the console’s limited performance compared to next-gen consoles or PC. Playing mostly in docked mode, I still experienced frame drops with a max cap at 30 frames per second and decently long loading times at a subpar resolution. The game still looks good though, with great visual and audio fidelity. Each demon is gorgeously represented in a scintillating rendition of post apocalyptic Tokyo. The English voice acting is excellent, paired with a fantastic soundtrack that always sets the right mood.

As with previous titles in the series, Shin Megami Tensei V features multiple endings. Most of the choices you make during the majority of the playthrough don’t impact which of the four endings you will get until the end of the game. In order to get the true secret ending, you must complete a plethora of side quest lines and defeat a challenging optional boss.  Don’t worry -- there’s also a new game plus feature if you don’t manage to complete everything on your first try and you’re willing to put additional time in after the initial 60-hour playthrough. 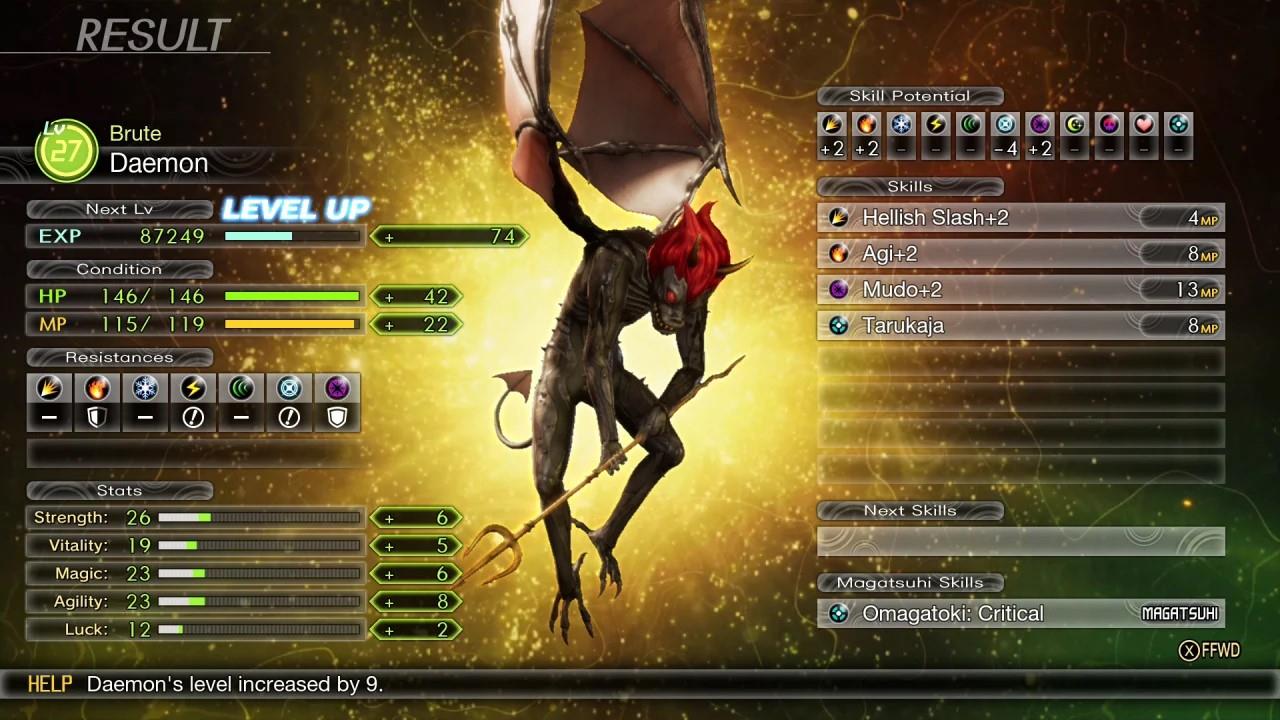 Fans of previous Shin Megami Tensei games will feel right at home with the demon negotiation hallmark. Combat revolves around a party of demons you control, and the only way to recruit demons is to convince them to join your cause. When a fighting sequence initiates, you have the option to talk to the demon, and choosing the correct dialogue option and giving in to their demands or requests will make them into another trusted ally. Fail and you’ll have to fight them as usual. The signature negotiation mechanic is novel at first but over time it begins to comes off as random and unintuitive. You’re often left guessing the correct options to choose and negotiations end up being a trial and error process that can cause more frustration than enjoyment.

The Press Turn combat system has returned from Shin Megami Tensei III: Nocturne and it’s brilliant. You are granted an extra turn if you exploit an enemy weakness or land a critical hit. This can be stacked up to 4 times, but this system also takes away turns from you if you miss an attack or your attack is absorbed. This makes the turn based combat mechanic much more tactical and strategic, forcing you to critically think before making a move that might wipe out your entire party. 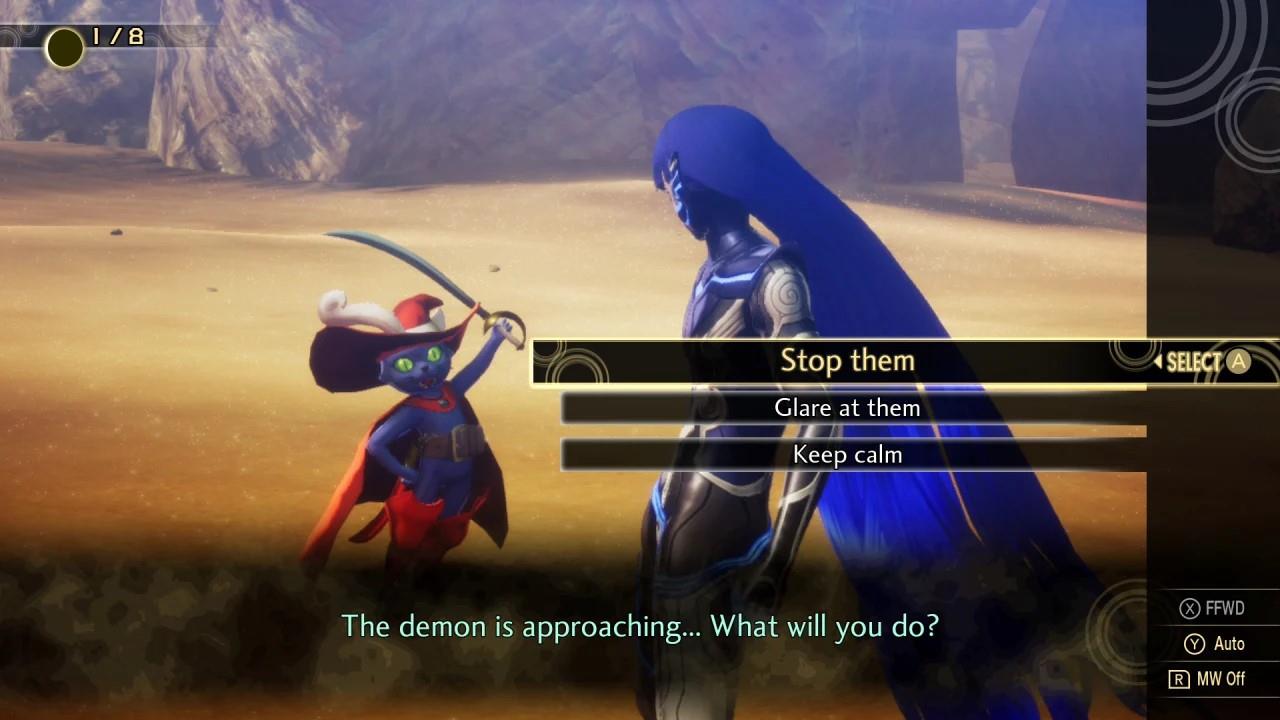 Demon fusing allows you to combine two demons to create a stronger one that inherits abilities from the base models. The entire mechanic is very robust and is extremely satisfying to experiment with. Shin Megami Tensei V introduces the reverse fusion option to see what the final fused demon would be and what its required base demons are, which is a nice quality of life addition. The Essence system has also been added, which permits you to change your party’s elemental affinities, which further strengthens the heavy customization options the game already offers. Finally, Atlus also introduced the Magatsuhi Gauge, which acts as a last resort in battle. Once the gauge is filled, it allows you and your party to land a guaranteed critical hit on the next turn, which can be chained with the Press Turn system. The gauge can’t be abused though, and fills slowly after each passing turn.

The culmination of the turn based combat system is probably the exhilarating boss battles. The sheer visual boldness of bosses is enough to instill a sense of dread and awe in you. Victory never comes easy and you often find yourself hanging onto your last threads before seeing the victory screen. The overall nature of combat is easy to grasp, even with all the aforementioned mechanics, but extremely hard to master, considering most battles can technically be ended in one turn, either in or against your favor. 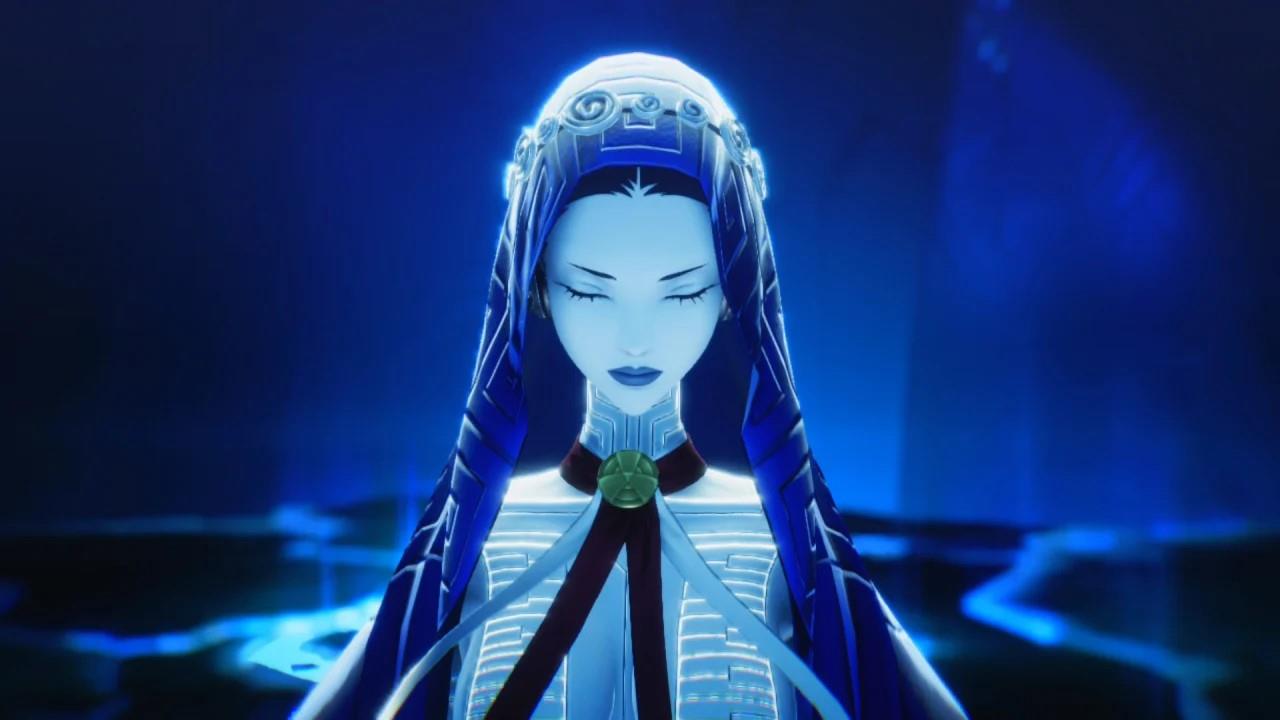 Shin Megami Tensei V is an extremely beefy and long game, and dungeons are often a little too big for their own good. A lot of the environments look the same, and walking down the same stretch of road for minutes on end gets tiresome and tedious fast with barely any side activities to partake in. The game is also surprisingly difficult, even in casual mode. To make matters worse, the game doesn’t feature an auto-save or checkpoint functionality, so you have to rely on manual saves that can only be done at specific Leyline Founts. If you are to die in battle, get ready to lose variable amounts of progress since the last time you saved. Thankfully, there was a free DLC difficulty option added called Safety Mode that makes life a tad bit easier for newcomers to the series.

Exploration has been amped up a bit, allowing you to jump and traverse with more verticality. Hidden throughout the overworld are collectibles that grant you powerful items for your party. More often than not, the game puts me in my place, making me feel miniscule and insignificant, forcing me to appreciate and celebrate the small victories while letting me know I can be deleted at any time. 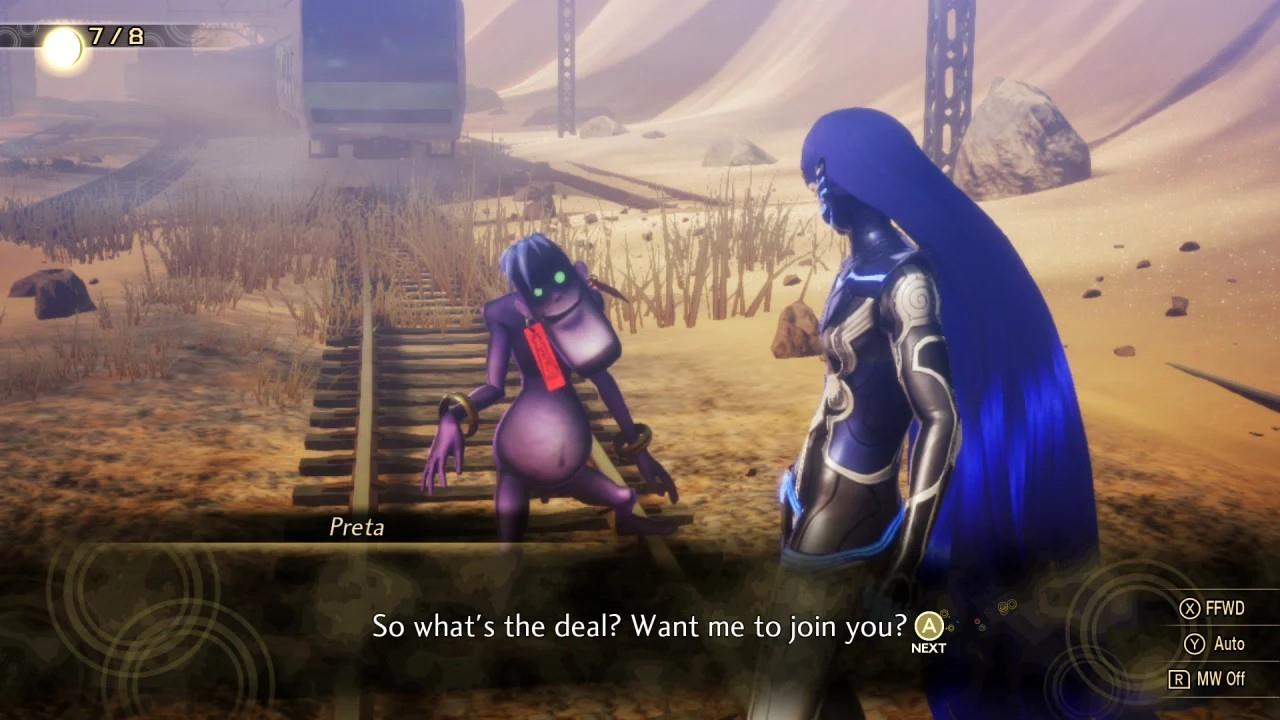 Shin Megami Tensei V is probably the best Shin Megami Tensei game to date, with improvements on all its past gameplay mechanics in addition to quality of life improvements. It’s an exceptionally challenging game that rewards you for investing time and effort into its systems. However, the nature of the game will always appeal to a specific audience and drive away others. The taxing demands of Shin Megami Tensei V make it a slow-burn game that is best enjoyed in small chunks rather than a full out marathon.

If you're in for a challenge and got time on your hands, then Shin Megami Tensei V has a lot of content for you to enjoy. Certain parts might seem a little dragged out, but it's a fantastic RPG on the Nintendo Switch with in-depth gameplay systems that is equal parts punishing and rewarding.