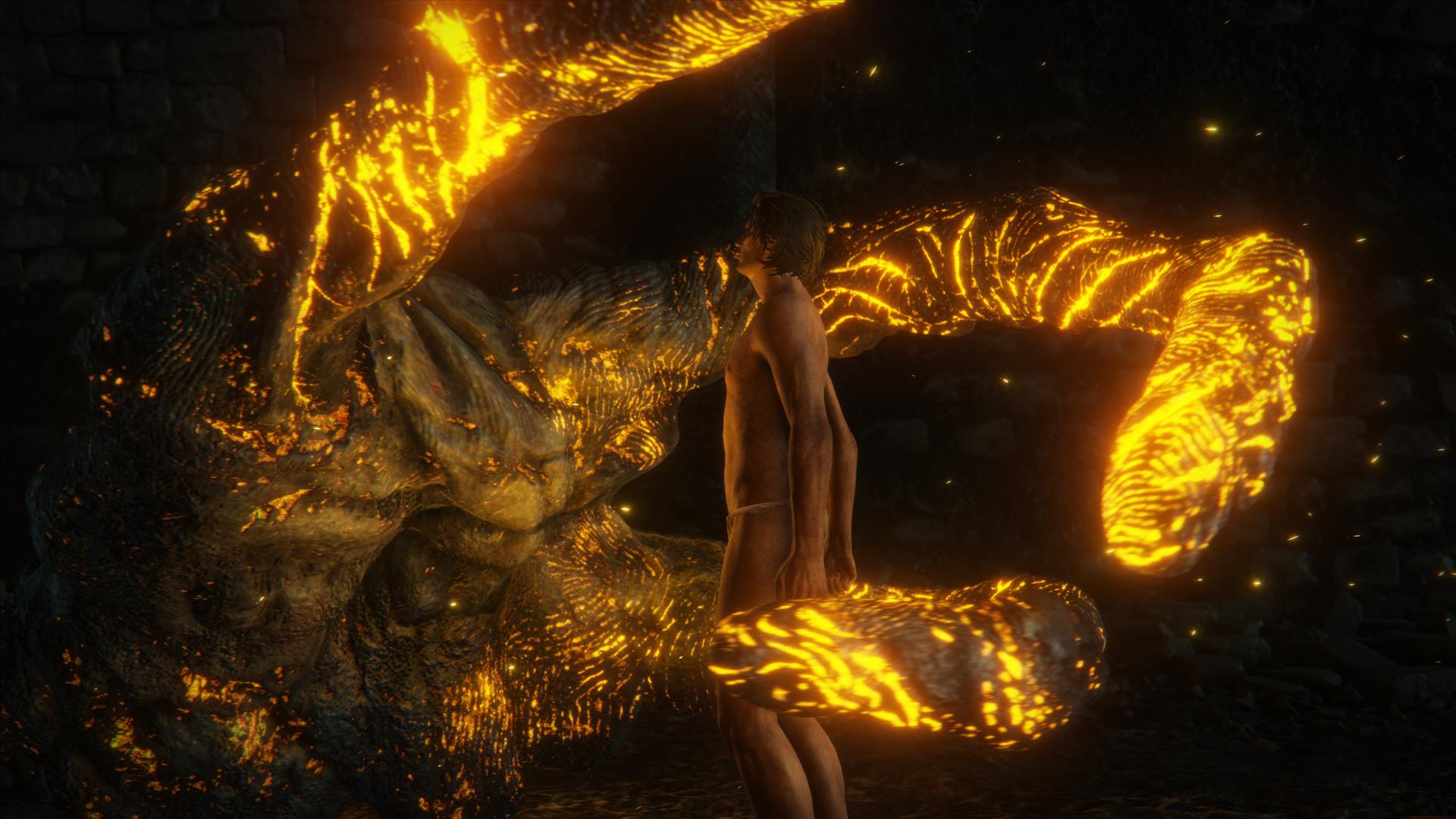 Elden Ring is my most anticipated game of 2022 and I finally got a brief taste of it in its Closed Network Test. Overall, it feels like a synthesis of all of From Software’s previous titles, including Dark Souls, Bloodborne, and Sekiro, and that’s exactly what I’ve been looking for. There’s no better time to die again and again whilst pondering the rich and ambiguous lore of the Lands Between with the combined talents of George R.R. Martin and Hidetaka Miyazaki.

The high fantasy medieval landscape from Dark Souls and Bloodborne are back, this time assigning you as a lowly tarnished in search of the mysterious Elden Ring. Stance breaking, stealth, and the aforementioned leap mechanism have all made their way from Sekiro into the game. A concealed stance meter exists in every enemy. You can land a deadly visceral attack by filling that meter and breaking an enemy's posture. Jump attacks are now possible, extending your combat kit while also significantly filling up the stance bar. Crouching grants you stealth, and striking an enemy while in stealth guarantees a critical strike. 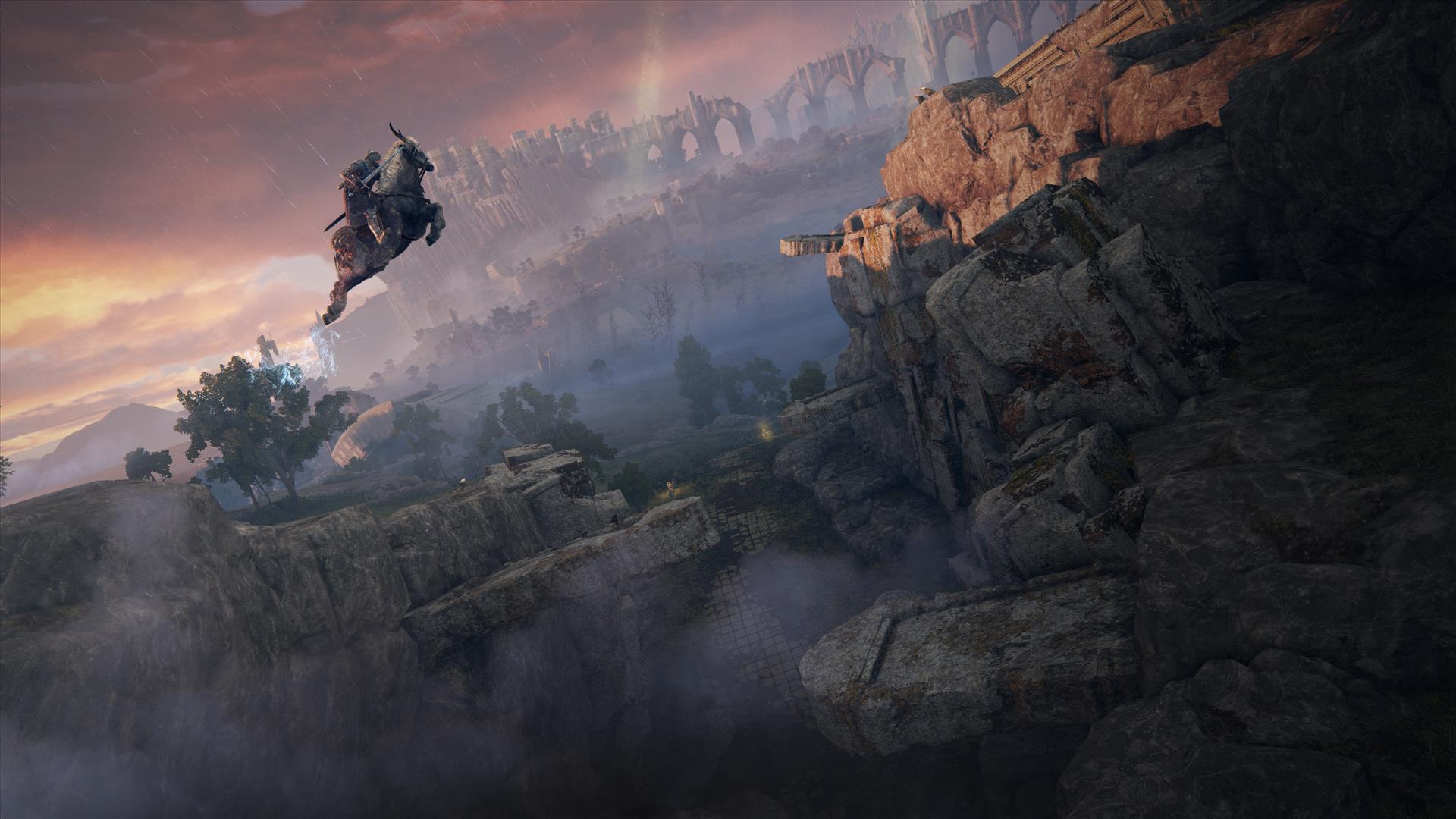 In the Closed Network Test, there are five classes to pick from, with five more to come in the complete release for a total of ten base classes.The Enchanted Knight is a tanky sorcerer that can fire magical beams and use its spear to cast an enchanted stab. The Prophet class takes the place of the Faith class from prior games, focusing on incantations like the destructive beast claw and self-healing. The Champion class has the appearance of a barbarian and the ability to perform faith spells, including one that summons a dragon's head that breathes fire. The Warrior class comes equipped with two scimitars and the Storm blade Ash of War. Finally, the Bloody Wolf class is a traditional melee strength build that focuses on heavy armor and greatswords rather than magic.

Ashes of War are this game’s take on weapon arts. When two-handed, every weapon has a special move that costs focus points, the same as sorcery and incantation spells. Ashes of War are unique collectibles that are not consumed and can be swapped out at any Site of Grace to replace a weapon's existing weapon art. These include everything from casting a healing pool for your allies or performing a magnificent whirling move that causes huge AOE damage. Not every Ash of War can be used with every weapon, but there are plenty for you to try out. 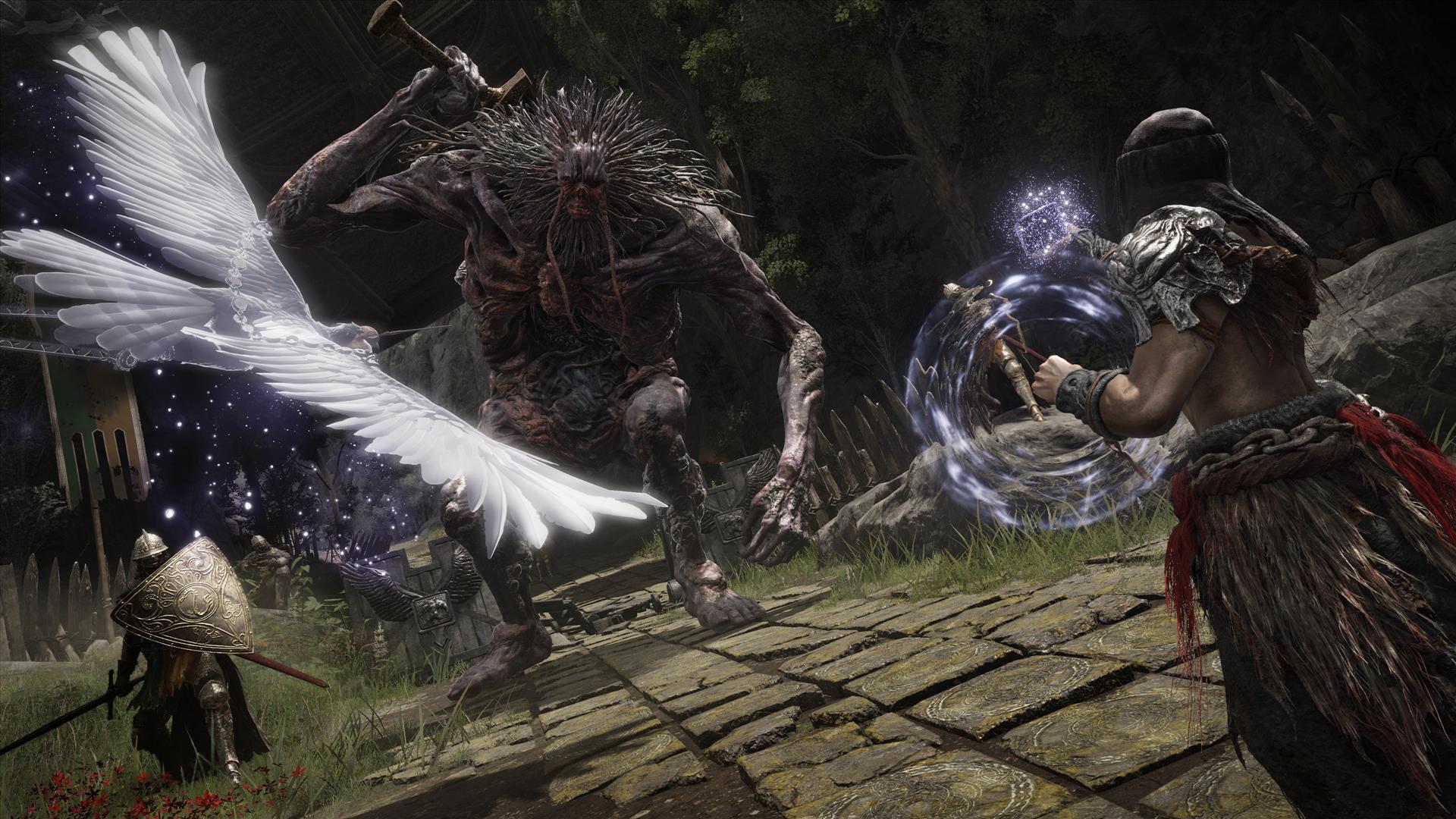 Grace sites are the new bonfires. You can use your runes to level up there as well as recover your health and flask. Graces project lights that orient you in the overall direction of the story, but you are free to go in whatever way you want. You encounter Melina, a maiden who assists you in your search for the Elden Ring, not long after your adventure into the Lands Between. She even grants you a spirit steed named Torrent. Jumping is now possible on foot as well as on your spirit steed, giving you greater verticality than ever before. Hidden treasures and secrets can be found tucked atop decaying rooftops or structural beams.

From Software took a calculated risk by making Elden Ring an open-world game. The lack of use of open space in any open world game is a key flaw that makes games feel dead and empty. The reuse of materials, including locations, enemies, and quests, is another pitfall. Thankfully, Elden Ring avoids both of these traps, as its world is just big enough to hide handcrafted mysteries into every nook and cranny. Legacy dungeons are often found slipped between various corners of the map, either at the bottom of a ditch or on the edge of a cliff, each containing meaningful encounters in the form of rare loot and challenging bosses. 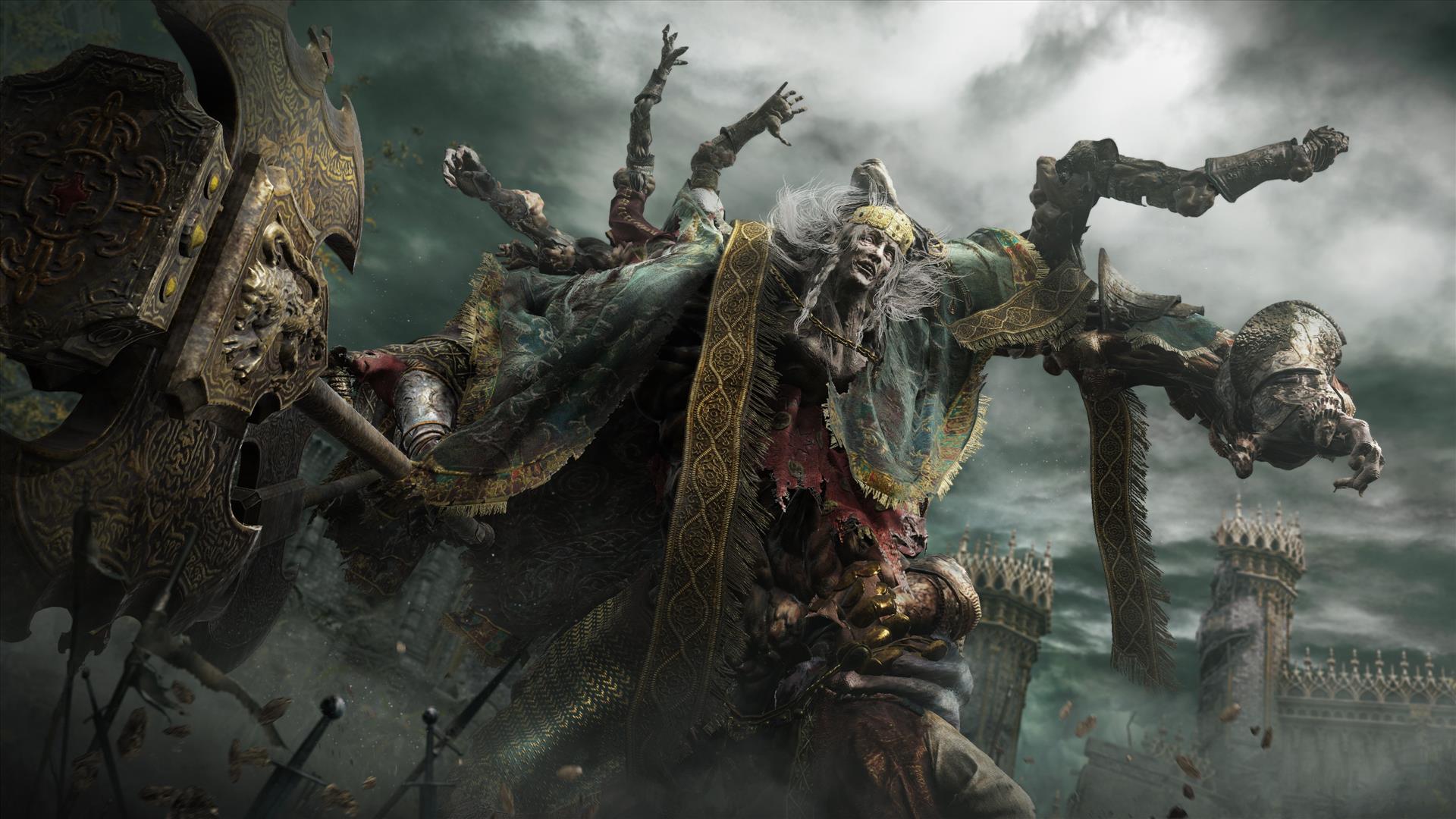 Thanks to a system that encourages you to gather various shrubs and fruit in the wild, crafting is now a mechanic in the game. Crafting kits are available from a variety of vendors and allow you to quickly make throwing knives, bombs, consumable buffs, and arrows. They add a wonderful touch to the overall open world design.

The excessively steep difficulty curve has been a source of much criticism for From Software's games. For those new to the series, I'm happy to report that Elden Ring is the most approachable and accessible From Software game yet, with a plethora of quality-of-life improvements. First and foremost, given the game's open world concept, cooperative play is back, and it's the smoothest it's ever been. By default, solo players can no longer be invaded by other players. Multiplayer companions can now accompany you to most locations in the overworld without being interrupted or blocked by fog walls. Aside from multiplayer, offline summons have returned, this time with the ability to summon numerous enemy kinds seen throughout the game. Summons can aid you out during boss fights by taking the aggression away from you, giving you more time to recover or perform an attack. 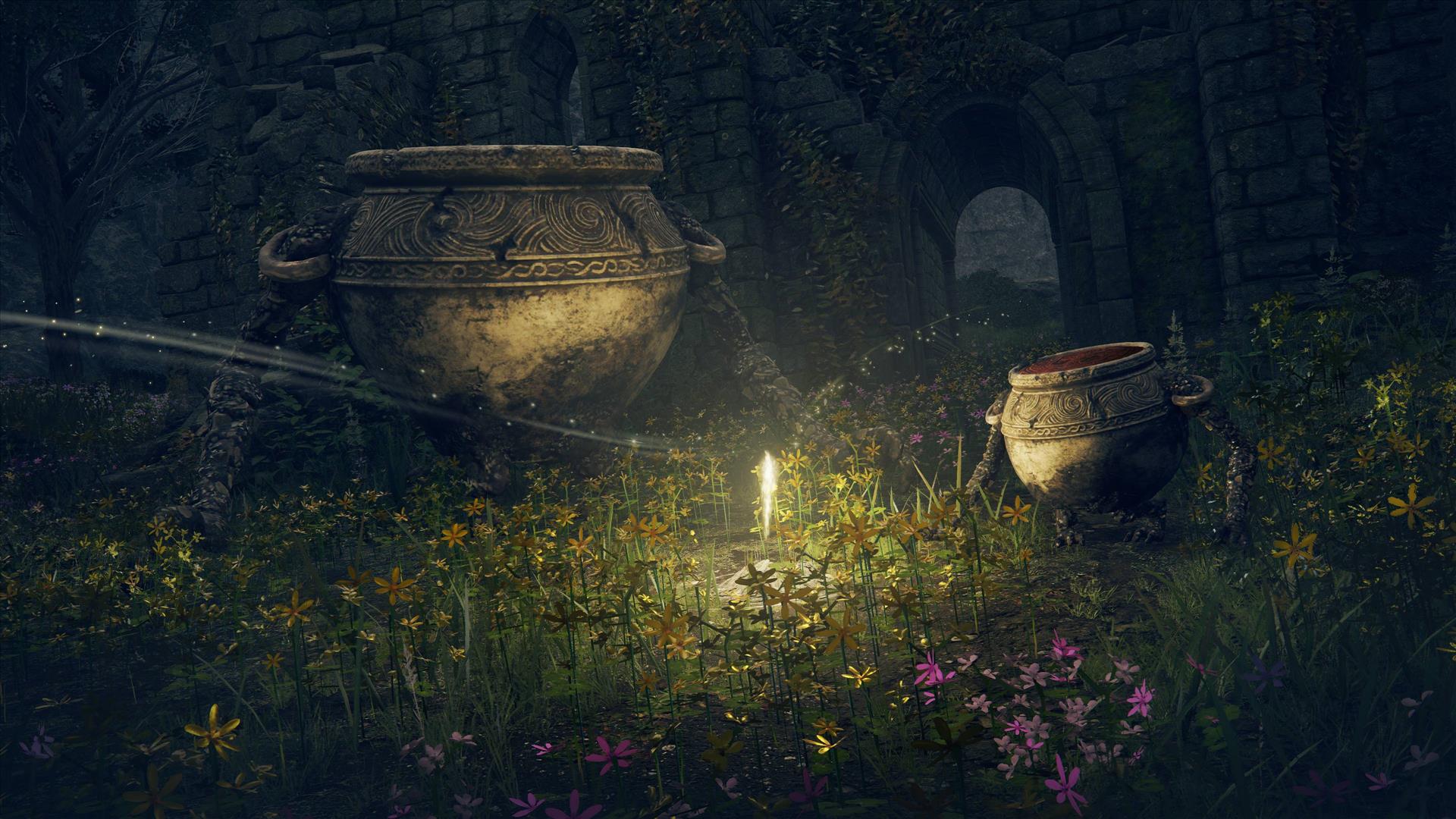 If you aren't in combat or a dungeon, you can fast travel from any location. When you're not in combat, sprinting also doesn't deplete your stamina. New respawn spots called Stakes of Marika are conveniently located near boss lairs, which allow you to respawn closer to the boss. This saves you the time and aggravation of having to return to a boss area after you've died. Clearing complete enemy camps refills your potion flasks. In addition to all of the previously described newly added mechanics, this is a game that you can approach in whatever way you desire. The raw challenge is still there, but the game gives you a multitude of resources to mitigate it.

There are two mini-bosses and eleven main bosses in the Closed Network Test, which is expected to represent only a fraction of the entire game. Elden Ring's magnitude is massive, and it fills me with nothing but excitement and eagerness for the rest of the game's content. Bosses can now interact directly with their local surroundings. For example, if you choose to hide in the neighboring Church, the Tree Sentinel can demolish it and come in. Although this is a minor aspect, it contributes significantly to the dynamic and immersive nature of combat. The Tree Sentinel will also deploy his shield to deflect your hits if you choose to use ranged attacks against it. The difficulty of From Software games is still there, with boss moves that often kill you in a few hits, but they’re always fair. 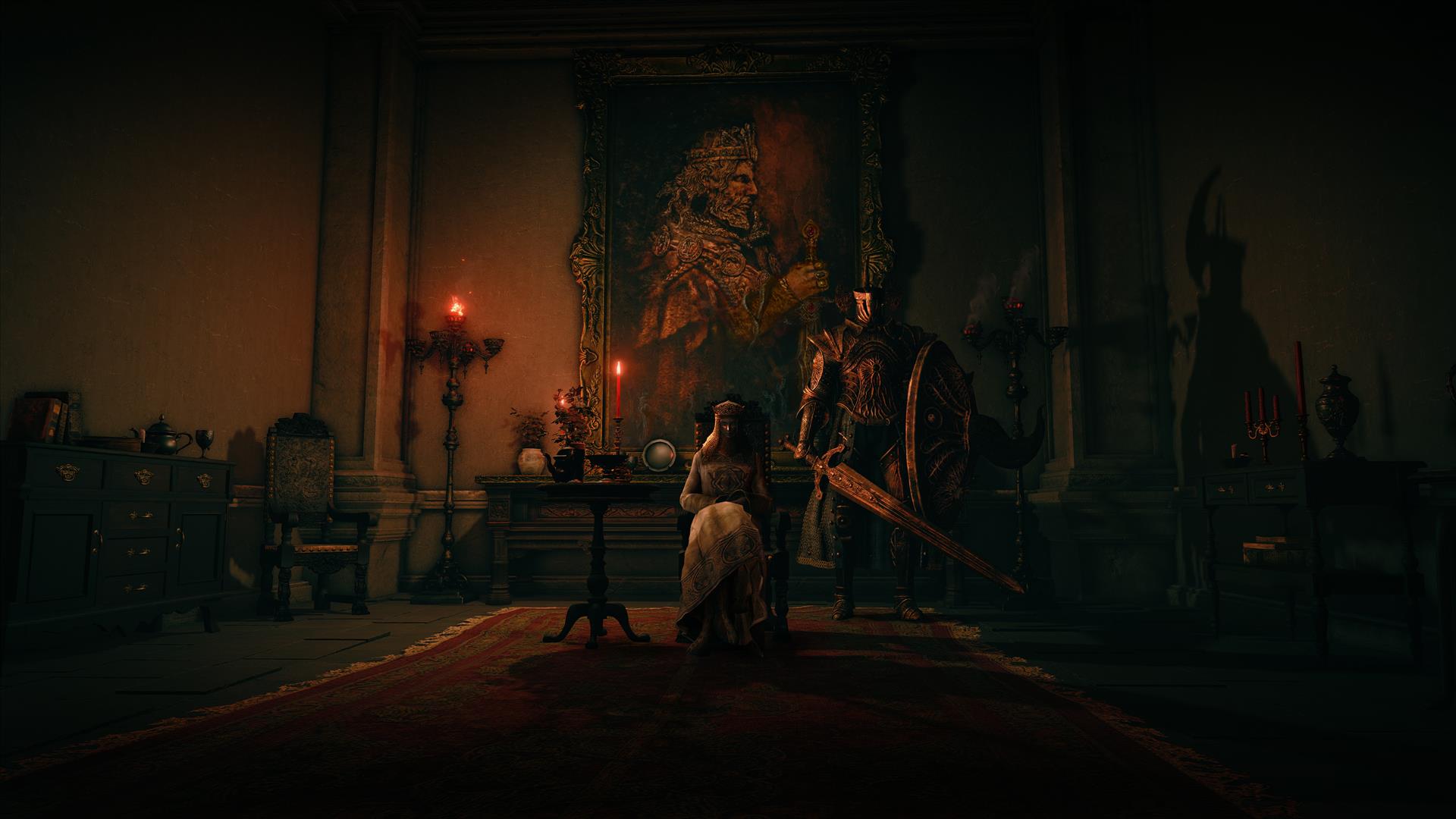 The guard break system, which allows you to perform a counter strike on an enemy after successfully blocking, is perhaps the most important new mechanic introduced. It makes defensive play-styles a lot more feasible and aggressive, which gives newcomers to the series a breath of fresh air.

Elden Ring is everything I’ve ever wanted in a game, and I can’t wait to see what the rest of the game has in store. Every inch of the Lands Between, from the insanely beautiful art direction and brutally challenging enemies to the richly deep narrative, showcases From Software’s best project yet. I can without a doubt say that this will be my game of the year when it comes out. Now I just have to patiently wait...