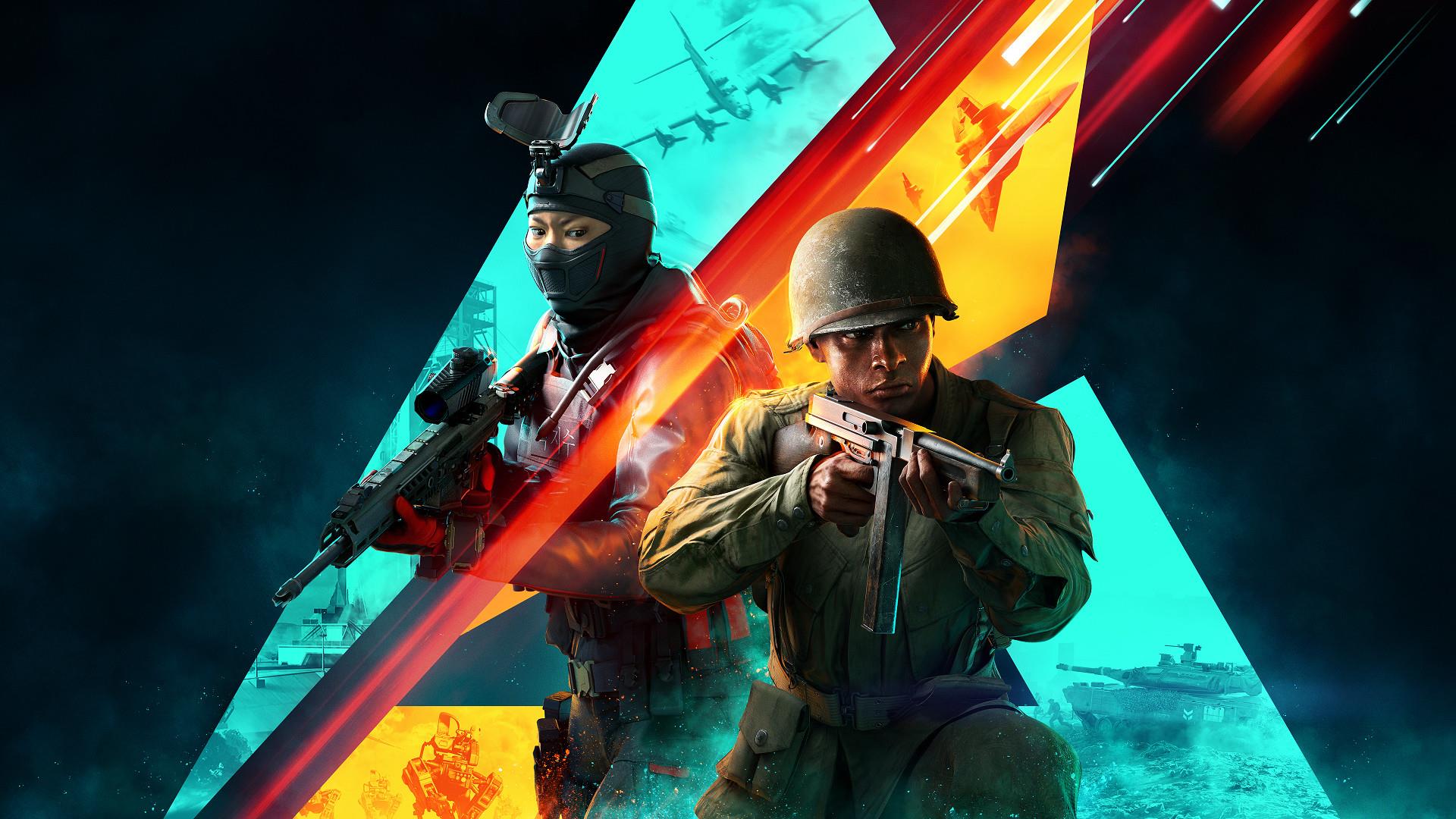 The Battlefield series has had its ups and downs over the years. I still remember playing Battlefield 1942 and Battlefield Vietnam via lan back in the 2000s and then had tons of fun playing Battlefield 3 with friends. Battlefield 4 was... well it was a huge mess when it launched but over time, it got better. Then we had Battlefield 1 and V which just didn't click with me personally. Now we have Battlefield 2042 which goes into the future once again. This time it's the near future, a future which unfortunately may come true eventually if humanity keeps on going as it has been. Anyways, Battlefield 2042 looks and sounds good but playing this game really makes it feel like it should have gotten another delay before being released. 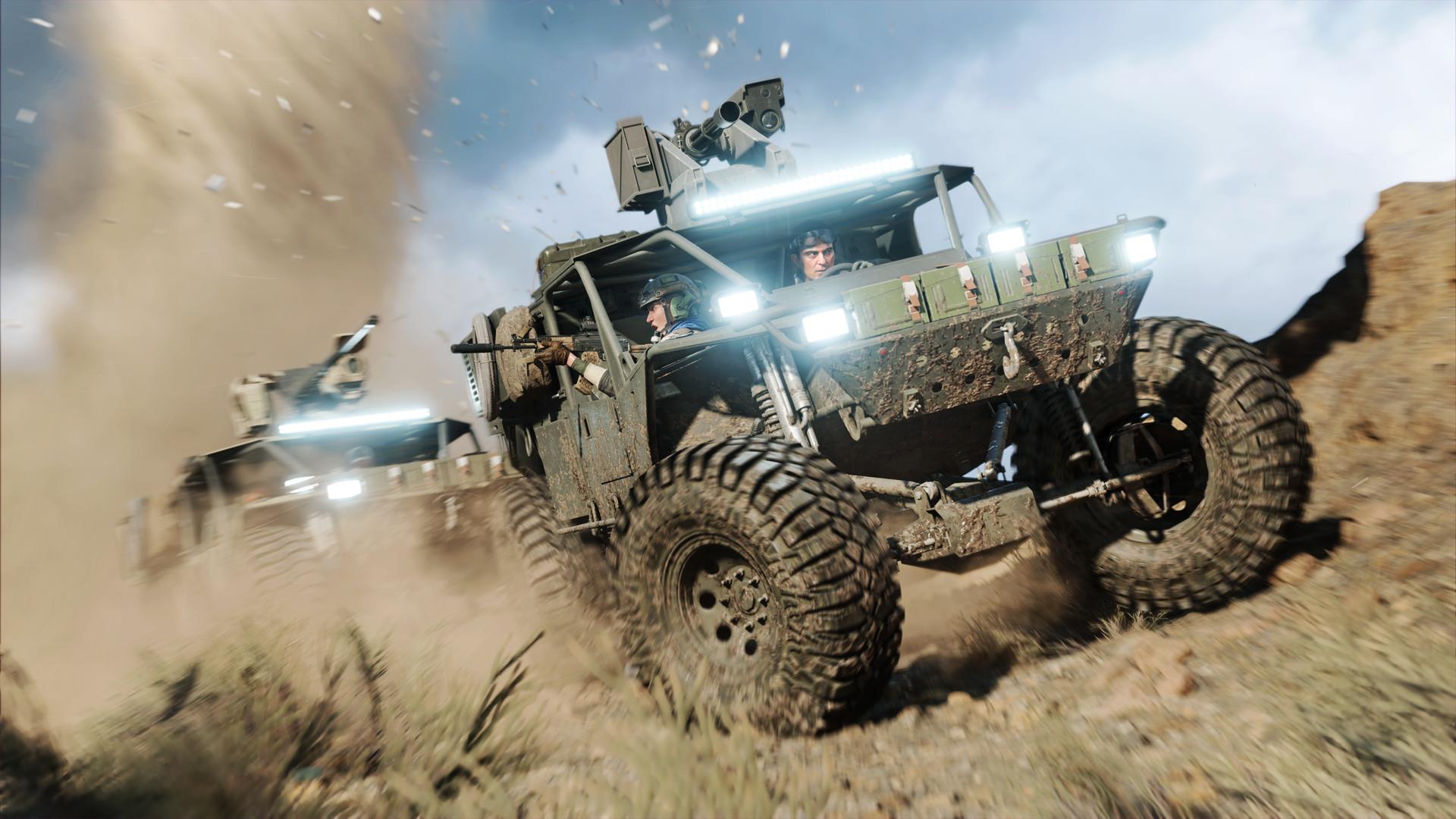 Battlefield 2042 doesn't have a campaign this time but the opening cinematic gives you the rundown on the story. The year is 2042. Years and years of global warming and economic collapse have essentially destroyed the planet, displacing entire countries, and causing the collapse of many of the developed countries in the world. Now only the United States and Russia remain and are fighting over control of the rest of the world. Instead of specialists in older games we now have Operators as playable characters. The Operators we play as in the game are called "no-pats", representing the refugee soldiers fighting for their own countries/people. Each Operator comes with their own special skills such as the ability to put down barricades for cover, hack enemy equipment, use a grappling hook traverse the map quickly and more.

The biggest change to this system is that unlike other Battlefield games where guns and equipment were tied to the role you play, in 2042 you can equip any weapon and any gadget on any character. It's nice that you can use any weapon and gadget now but I have noticed that this leads to a team where you may not have what you need to succeed. Vehicles are pretty over powered now and as tanks, hovercrafts and helicopters will steamroll your team constantly. This means that everyone is pretty much forced to use launchers to counteract this and thus you will probably be missing health packs or ammo packs. 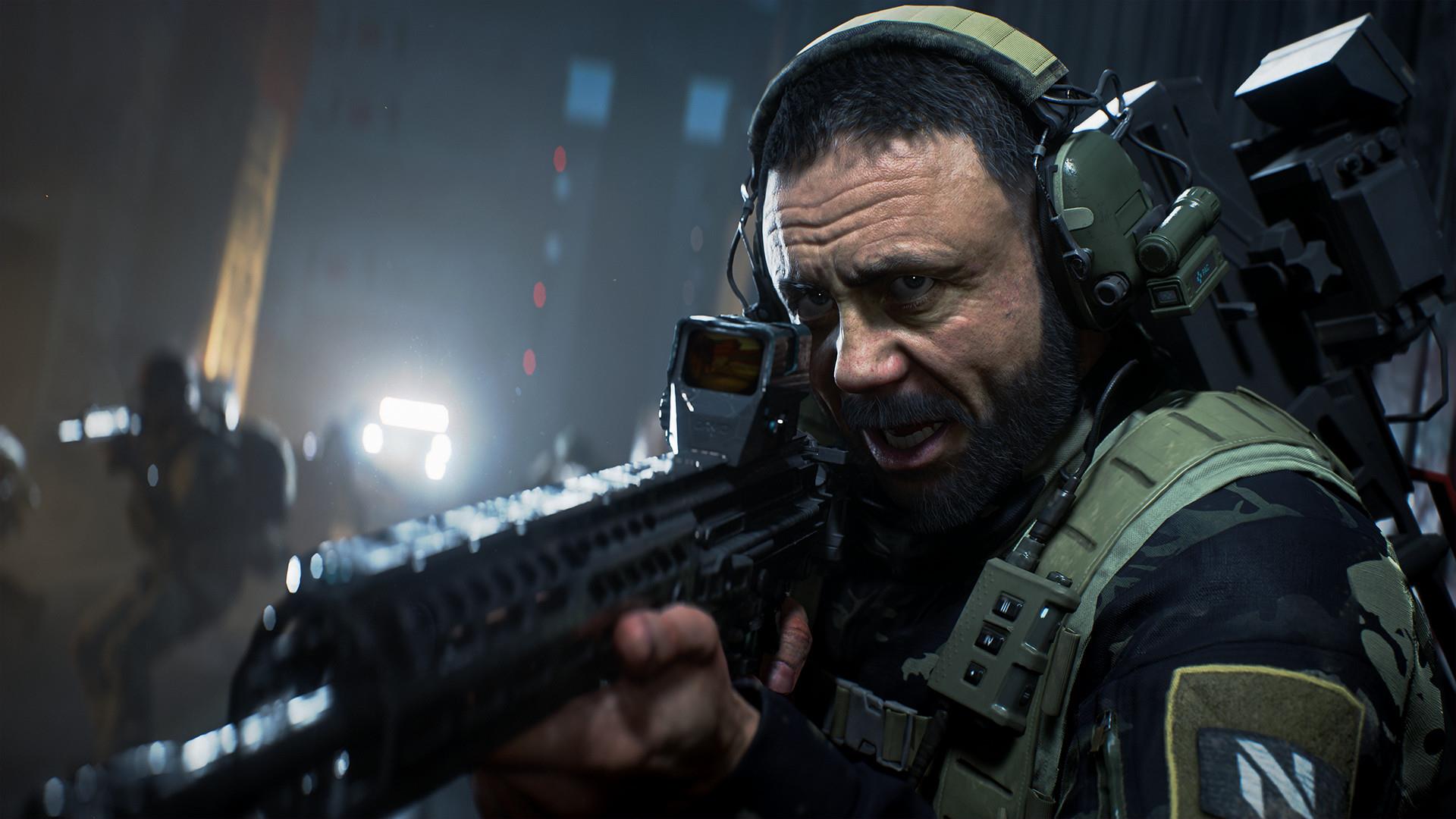 There is no campaign this time but you do get to choose from three main modes of play. You got Conquest, Breakthrough and Hazard Zone. Conquest is your staple Battlefield mode. Basically a giant game of Domination, you have capture points in different sectors on the map. The more points and sectors your team captures, the quicker your opponents tickets will bleed. Bleed them all to zero and your team wins. Breakthrough, my favorite mode, has one team attacking and one defending. There are one to three points the attacking teams needs to capture at the start of the map. If the attacking team captures those points, you will push back the enemies and move onto the next section of the map. Capture all sections of the map before your tickets bleed to zero and you win. This mode is a lot like Rush from previous Battlefield games, except you don't have to destroy each point by planting bombs on each point to advance. The last mode is Hazard Zone, a new game mode with only 64 players. Both teams have to find data packs scattered throughout the map and then wait for an extraction helicopter to take them and earn points. I only played this mode a few times. Conquest and Breakthrough are fun but Hazard Zone just feels empty. The maps are too big so most of the time spent in the mode is just waiting around for an extraction which takes a long time to show up. 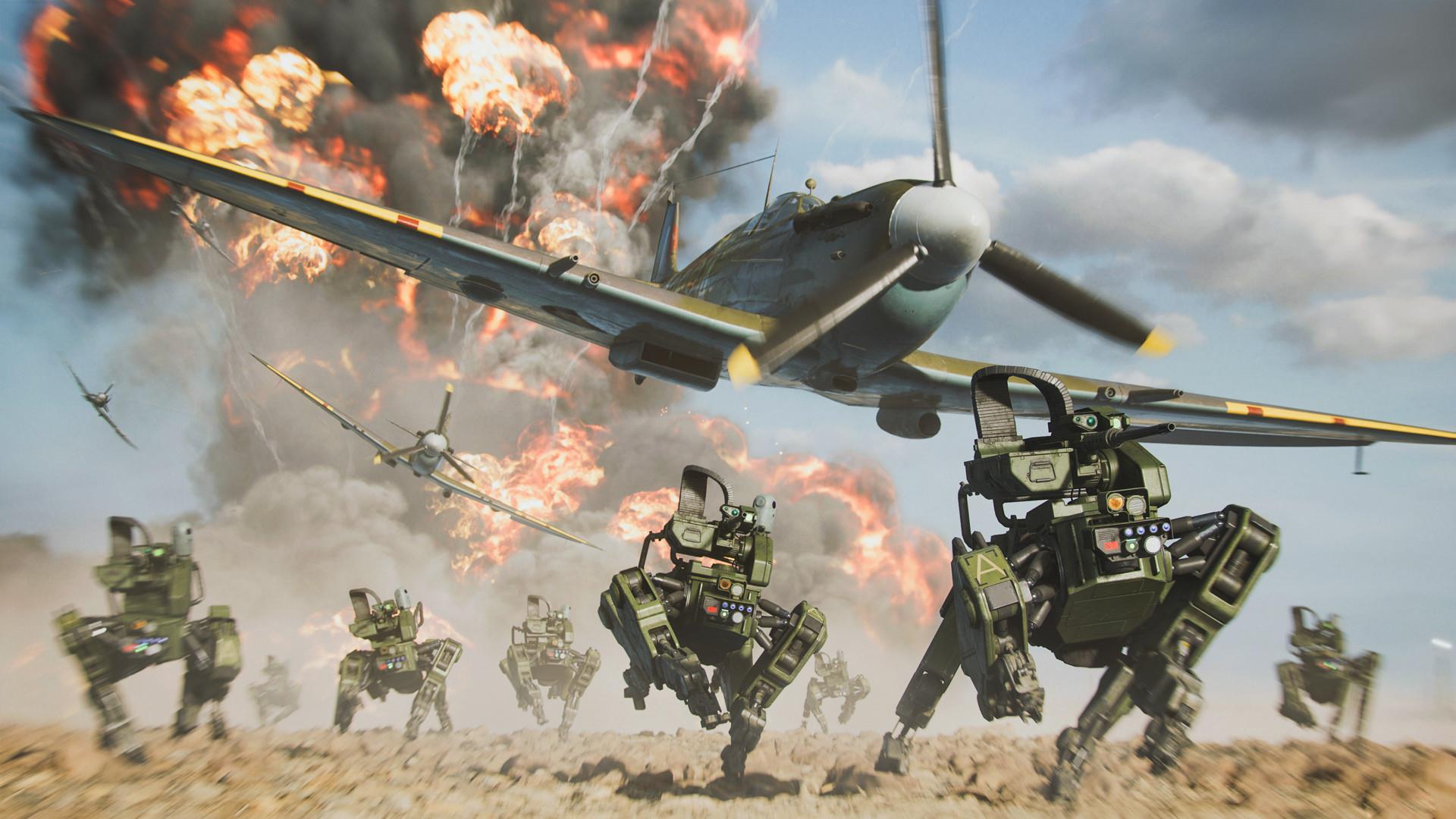 Conquest and Breakthrough modes allow for 128 players, and let me tell you it can get pretty hectic. This is a good thing however is the chaos created when you and tens of your teammates are all rushing across the map to get to the next Breakthrough point while you are dodging incoming fire. It's pretty awesome. The sound is great as well. as a constant barrage of explosions and gunfire really make each game on each map feel like an actual war. The destruction the Battlefield series is known for is here as well. Hiding in buildings won't save you as you will notice the walls and other areas of cover slowly starting to give way as they are shot, or blown away with explosives or heavy vehicle fire. At some point in every match a gigantic tornado will come through the area as well, destroying buildings, players and vehicles that are in it's path. The maps themselves do look great, especially Hourglass, a beautiful city with buildings lit up by giant LED boards and neon lights that has been completely buried by sandstorms.

Now we get into the biggest problems with these maps - and that is the fact that a lot of them are way too big and way too open. You may wonder how big maps are a problem in a game like Battlefield, especially with 128 players. The problem is the middle portions of a lot of maps are just giant open fields. This means that if you don't have a squadmate near where you want to go, you will be running a long - and I mean long - ways to the destination. Seeing as you are pretty much out in the open, there is a good chance you are gonna get picked off by a sniper or an air vehicle on your way there. Of course, you can take a vehicle yourself but most of the time they are all in use and you have to wait a while for them to respawn. I can't tell you how many times I had to respawn back at my base and then take literally 2-5 minutes running across the map to get to a capture point, only to die as soon as I get there and have to do it all over again. Of course each maps has buildings to fight, a couple of them even sky scrapers with capture points on the roof, but these are few and far between. 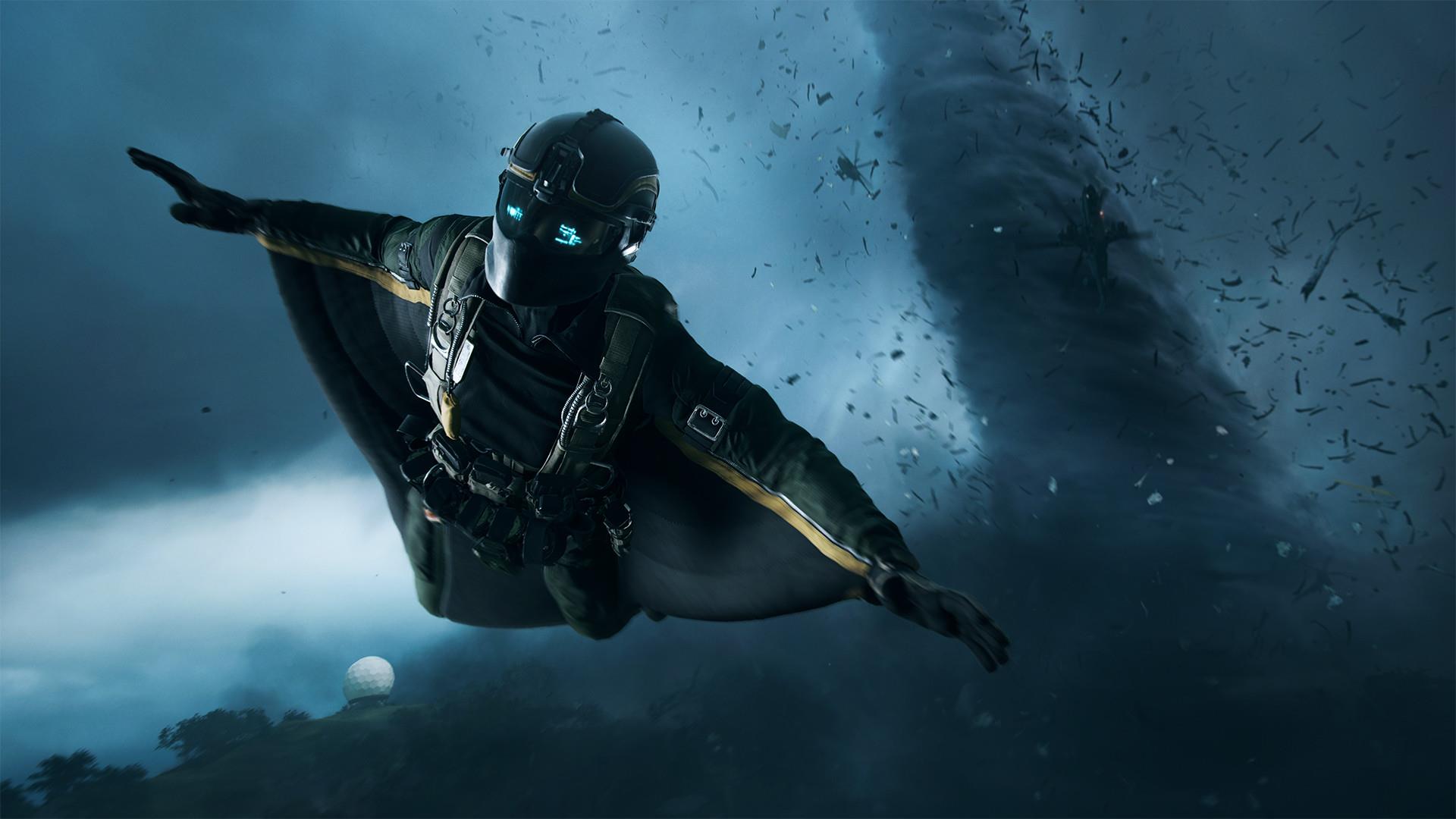 And this is also where the other problems come in. This game is very buggy. I really like playing Breakthrough, whenever it would work. For whatever reason there was a weird bug where the game would never start - or end, for that matter. Sometimes you would get into a game and everyone would be stuck at the pre-game lobby with the match never starting. Other times the game would start but then, when one team would win... the game wouldn't end. Everyone would be stuck in-game forever until you would quit out of the game completely. Doing so then wouldn't award any XP, leaving the player feeling as though they had wasted their time. There were also problems where trying to load into a game would just give me a "Unable to Load Persistence Data" error over and over again. Not to mention bugs in the game itself - like not being able to give up after being killed to go back to the loadout screen, not being able to revive teammates and my favorite, falling through the environment. 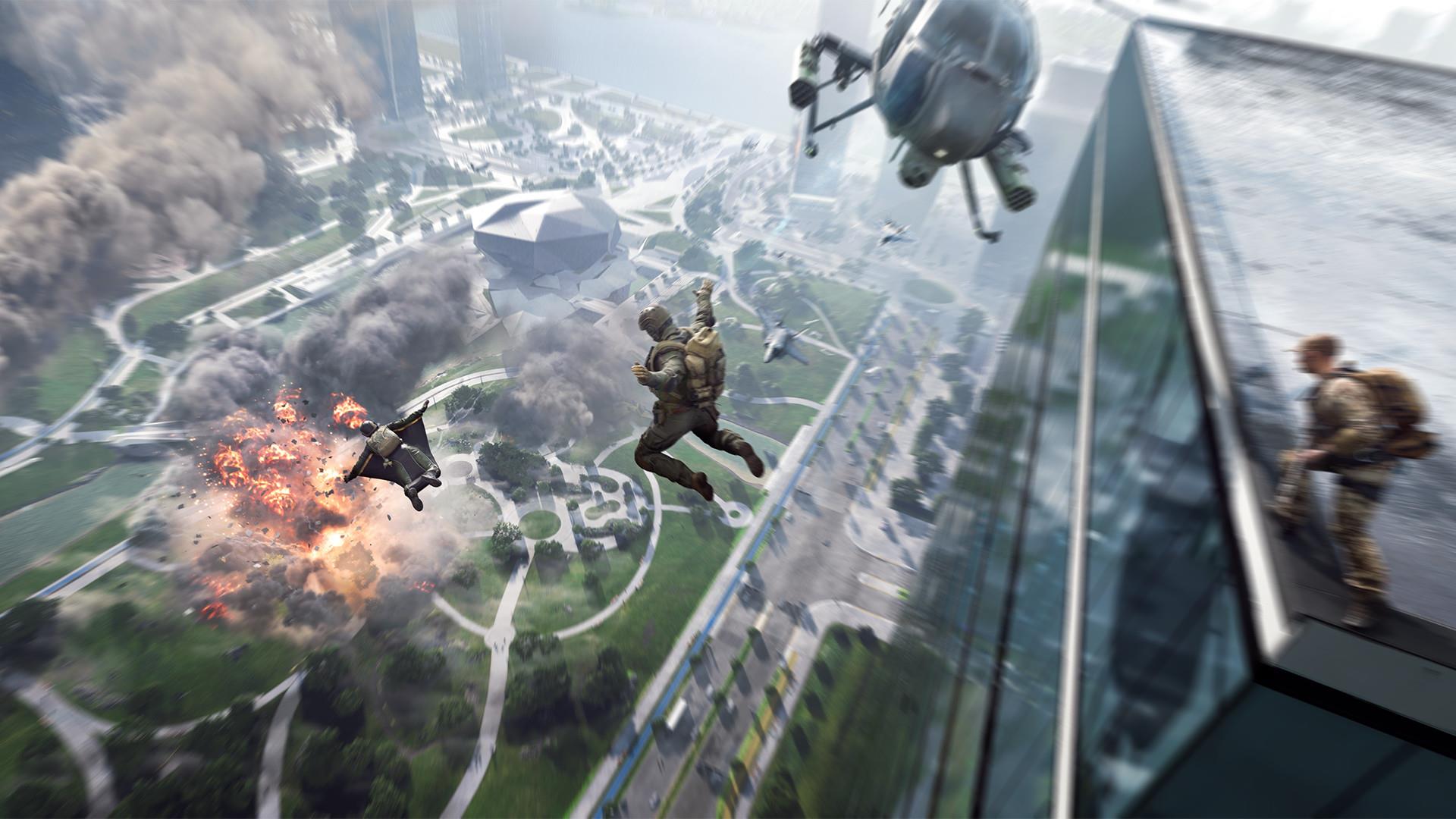 The saving grace here is the Battlefield Portal. This mode is where you will find your server lists and lets you create your own multiplayer games with tons and tons of options to choose from almost the entire Battlefield series. Here you will find maps from Battlefield Bad Company, 3, 4, the original Battlefield set in WW2 and more. Players can also set up more traditional game modes like team deathmatch and rush. The specialists also return here in this mode where guns and equipment are tied to the class you choose. This is a great mode which offers classic Battlefield gameplay for the people who want it. It also offers up a nice change of pace from the regular game modes.

Battlefield 2042 shows a lot of promise but this is one of those games where I feel like it should have been delayed again because the state it was released in was pretty bad. There were some smaller patches that fixed some small issues but it's still a ways off from being great. This game is going to need some major fixes and new content soon or the player base is going to plummet soon just like it did with Battlefield V.

When Battlefield 2042 works, it works well and can be fun but it sadly feels like this game really should have been delayed again with all of its issues.