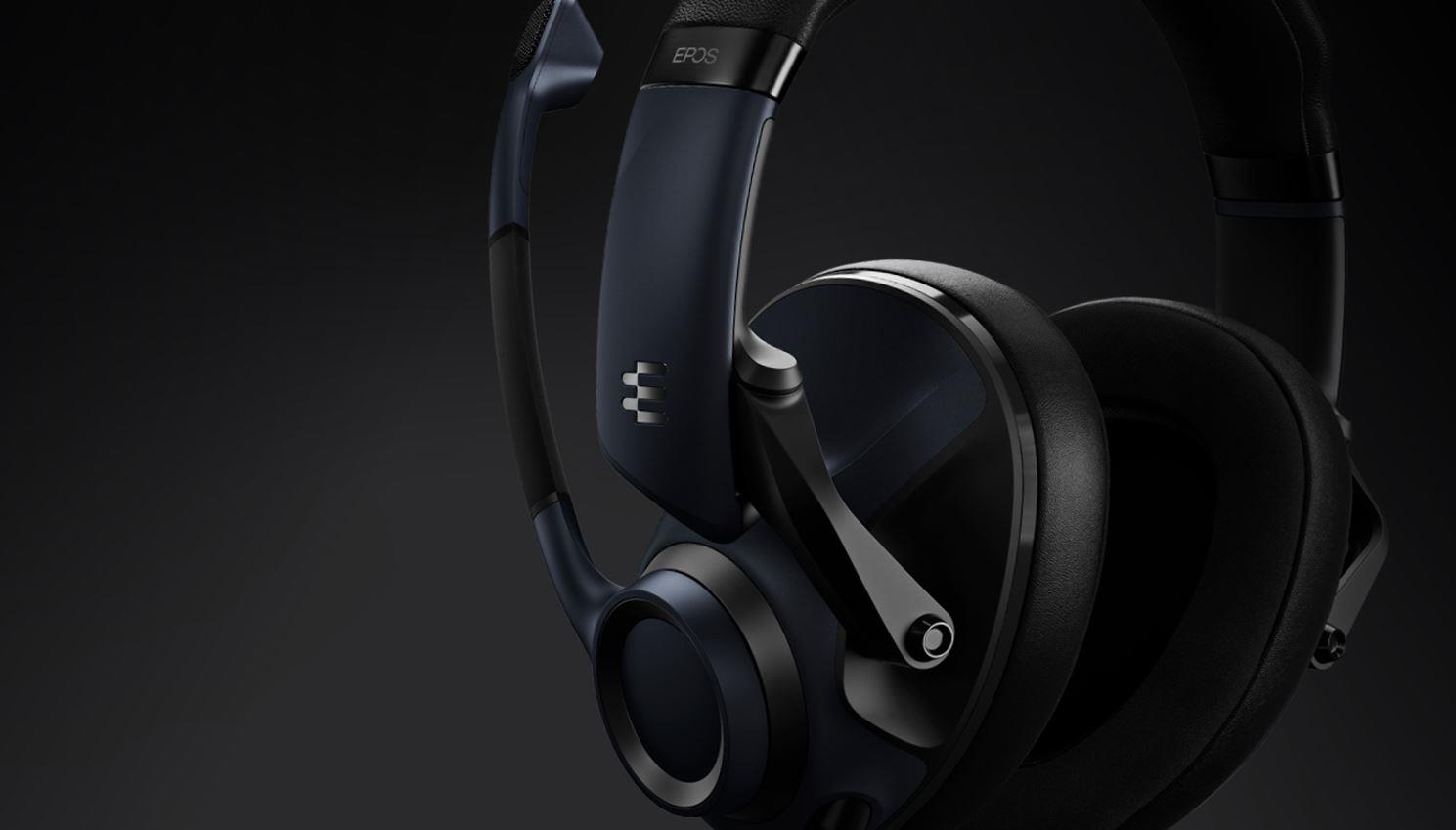 There is no question that EPOS is my preferred headset manufacturer. Sure, I have a few other headsets from other brands, but when I open the packaging of an EPOS headset I know that I am going to be happy with what I find. EPOS is essentially a rebranding of Sennheiser’s gaming division, and I am still rocking a Sennheiser headset as my everyday work accessory. Simply put, this is a brand I believe in. Sennheiser and EPOS’ headsets are solidly made, built to last, and they sound amazing. 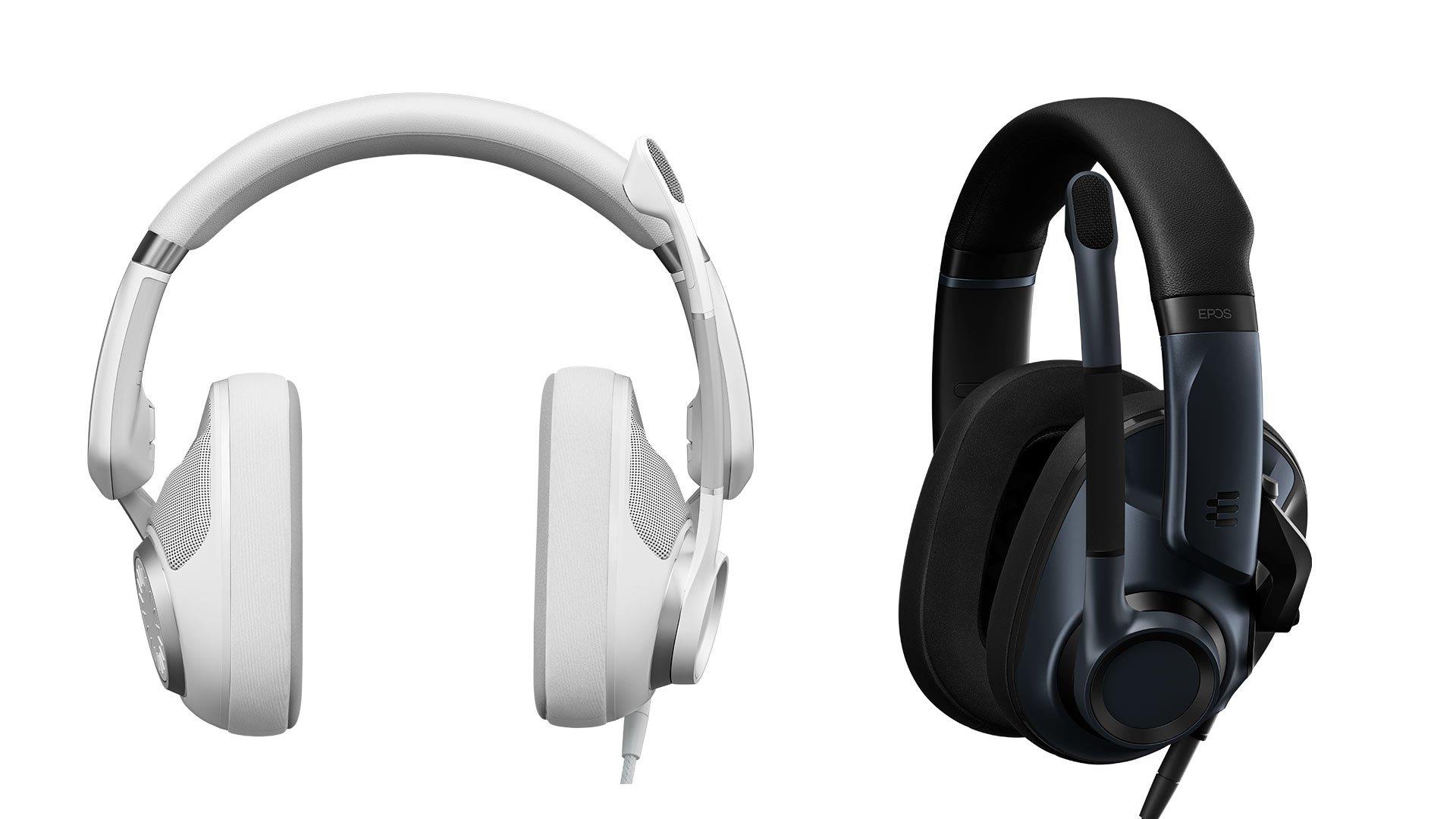 So when settling down to review an EPOS headset, the questions become “What is this headset trying to accomplish?”, and “How well is it accomplishing that goal compared to other headsets in its class?” In the case of the EPOS H6PRO, the headset is built to deliver an extremely accurate audio environment that users will be able to wear for hours on end without fatigue. This headset is made to be the sort of accessory that hardcore gamers can live in, forgetting that it is there.

The H6PRO is available in two configurations – closed and open. The closed headset is built to offer passive noise reduction – basically enclosing your ears in memory foam cups so that the sound it delivers closes you off from the rest of the world. The open configuration gets rid of the memory foam in favor of “Acoustically Breathable Foam”, and leaves the top of the ear cups open, allowing the user to experience a more “Open Natural Soundstage” (these quoted descriptions are straight from EPOS’ website). I have kids in the house, and there is the constant drone of Disney’s Bluey drifting in from the other room, so I opted for the closed headset. I don’t need Jojo Siwa songs or Wonder Pets interrupting me while I’m trying to focus on Bloober Team’s latest horror masterpiece, thank you very much. 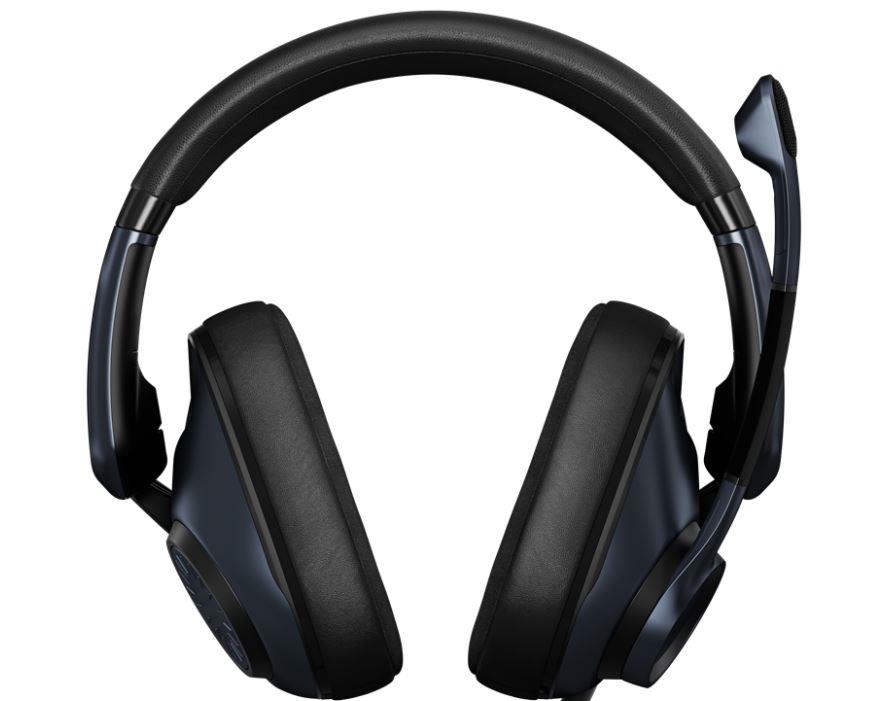 For sheer power, my gold standard for corded headsets until now has been the Sennheiser GSP 300, primarily for the combination of clarity it delivers while still managing to shake the proverbial windows with resounding bass. Of course, that older headset now retails for $79.99, whereas the H6PRO will set you back $179, so I would expect even greater performance for my extra hundred bucks.

Luckily, the H6PRO absolutely delivers the boom, shockingly dwarfing my old favorite with some truly jaw-rattling bass response, while maintaining crystal clarity in highs and mid-range. In comparison, my GSP 300 sounds a little “boxy”, which I would have never noticed had I not experienced the H6PRO. Frankly, I was a little shocked at how good this headset sounds when playing music.

I ran the H6PRO through my usual musical gamut, starting with Beastie Boys’ “Hello Brooklyn” and Busta Rhymes’ “Iz They Wildin Wit Us?”, and then dropping down into a rabbit hole of classic rock, 90’s alternative, and modern Americana. The H6PRO delivers such great and responsive music that I sat for several hours playing a fun round of “pick up details you’ve never noticed before” with a variety of songs. 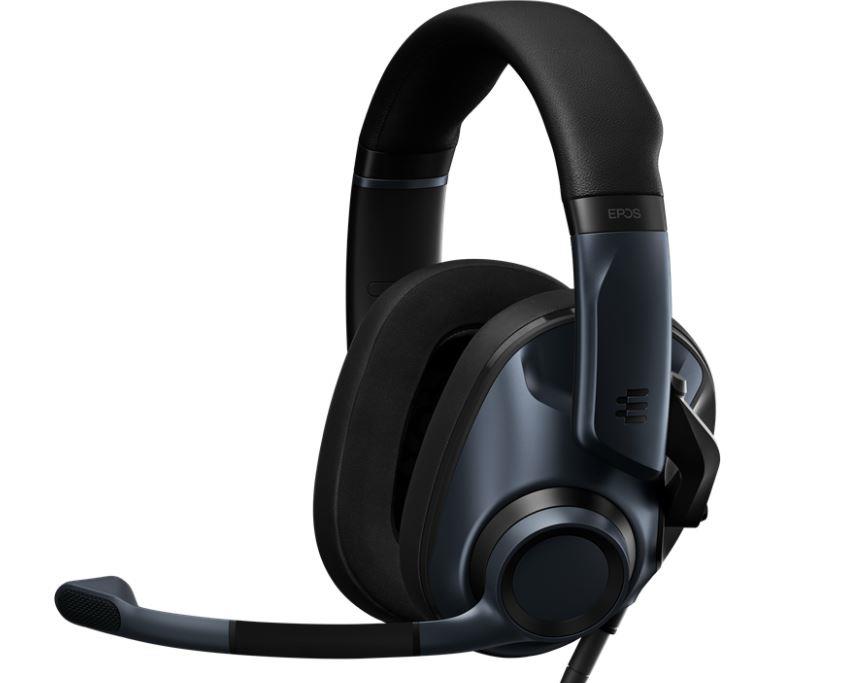 I’ve used the H6PRO while playing a variety of games, from Far Cry 6 to Forza Horizon 5. I redownloaded Guardians of the Galaxy to mess around with the H6PRO, because I remembered how impressed I was with that game’s sound. In all cases, I was highly impressed. Forza, in particular, sounds absolutely stunning when playing with the H6PRO, the whine of the cars clearly sitting on top of the sound effects and music mix. It is frankly spectacular. Guardians manages to deliver fantastic aural soundscapes, with the dialogue, the stellar soundtrack, and the sound effects all distinctly picked out of the mix. There isn’t a hint of muddiness to the sound, with every little click, zap, and boom standing out. This thing is like candy for your ears.

Just as impressive as the sound quality is the H6PRO’s premium build. I have some pretty solid-feeling headsets, but the H6PRO is in a class of its own. Weighing in at 11 oz, the headset is heavy enough to feel sturdy, while still being light enough to sit comfortably on your head for long sessions. The memory foam ear covers have a suede-like material on the surface that touches your face, which is remarkably comfortable (and of course, they are replaceable if that suede-like material ever gets sweaty and matted). 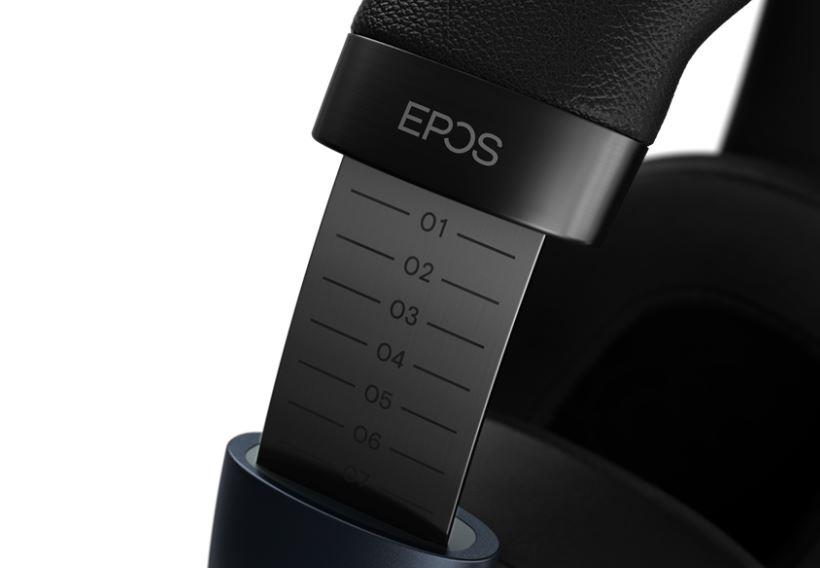 The headband has just the right amount of gush to keep it from smashing down on your head, and as usual, the adjustable band clicks into place, preventing it from slipping once you have it adjusted to your comfort. I did notice that on this headset, the metal extension is backed up by strip of solid-feeling plastic, which makes the way the cups attach to the headband feel much sturdier.

The detachable cord is very nicely braided, and is also replaceable should you encounter any irritating connection shorts after tons of use (let’s be real here, it happens). Volume is adjusted by an inlaid dial – which might be the one slight design misstep of the entire product. I have a few other headsets with this inlaid dial, and while it is fine, I prefer to have something that I can actually grip and crank with two fingers. It’s just a difference in opinion, I guess. I prefer tactile knobs over sleek dials. No biggie. 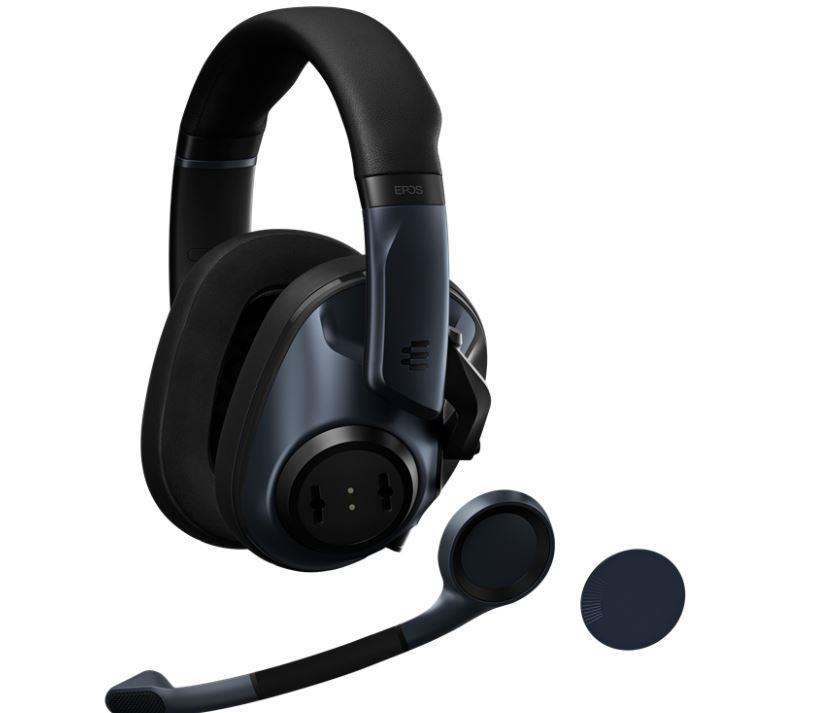 Perhaps the most impressive bit of design genius on the H6PRO is the detachable boom mic. I was terrified to pry it from the headset the first time I did it, totally convinced that I was going to ruin this nice (and pretty expensive) piece of technology with my caveman ways. But no, the mic detaches just the way the literature says it does, popping right off and right back on due to a slick little magnetic fastener. While it is in place, you would never know that the boom mic was removable, as it locks onto the headset so solidly that it feels attached. As usual with EPOS headsets, swiveling the mic upwards mutes it, which I have sound enormously handy when I have to sneeze while playing.

I recorded the following stream with the H6PRO, hopping in to try out The Medium (speaking of Bloober Team masterpieces). As you can hear in the video, the sound quality of the mic is bright and clear, with a trace of warmth. For a headset that doesn’t have any accompanying software to adjust the tone of the outgoing sound, the H6PRO sounds fantastic.

Is the EPOS H6PRO worth $180? Yeah, I would say that it is. I prefer a corded headset over Bluetooth much of the time, as I tend to bounce between consoles, so the H6PRO has quickly become my new go-to whenever I’m hopping online to stream or into an online party. This is a premium product, so nicely made that I’m hard pressed to find a nicer headset in my collection. The sound quality is sky high, the build is durable and rugged, the design is sleek and attractive. What more could you ask for?

The EPOS H6PRO is a wonder of design and quality manufacturing. With gut-punching bass, shimmering highs, and billowing mids, the sound quality eclipses my previous favorite headsets. The cord makes it versatile, the build makes it quality, the design makes it pretty and functional. An absolute winner.