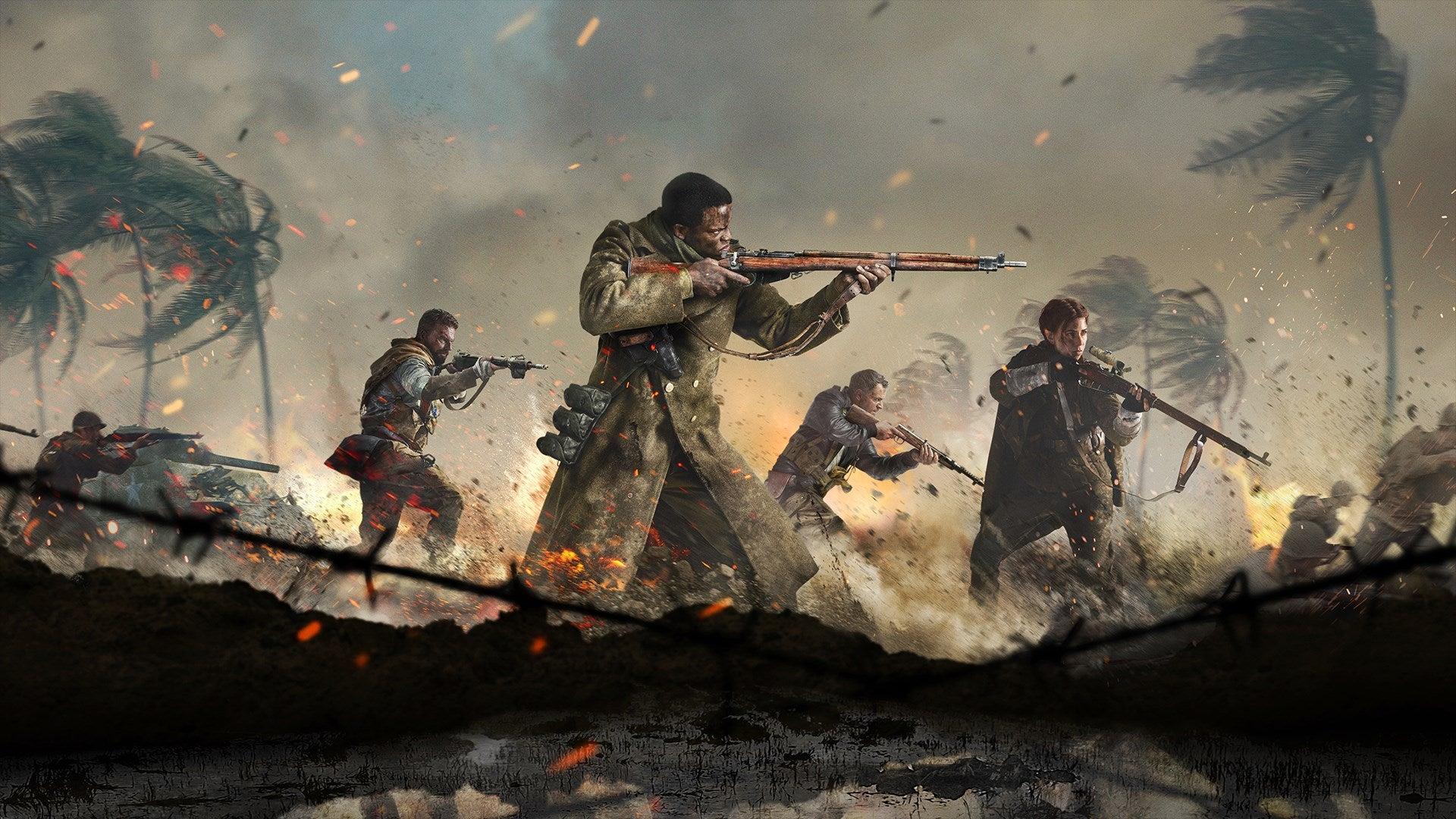 The Call of Duty series is one united more by name than perhaps anything else. The franchise is readily handed by the publisher Activision from developer to developer. While Infinity Ward and Treyarch take the reigns on most installments, this time around it's Sledgehammer Games' turn to release. Call of Duty: Vanguard picks up where their last installment, Call of Duty: WWII left off in 2017. Sledgehammer Games is no stranger to the franchise, producing games on their own and assisting the other developers in their efforts. Which is why it is a shame that out of the gate, Vanguard gets so many things wrong. 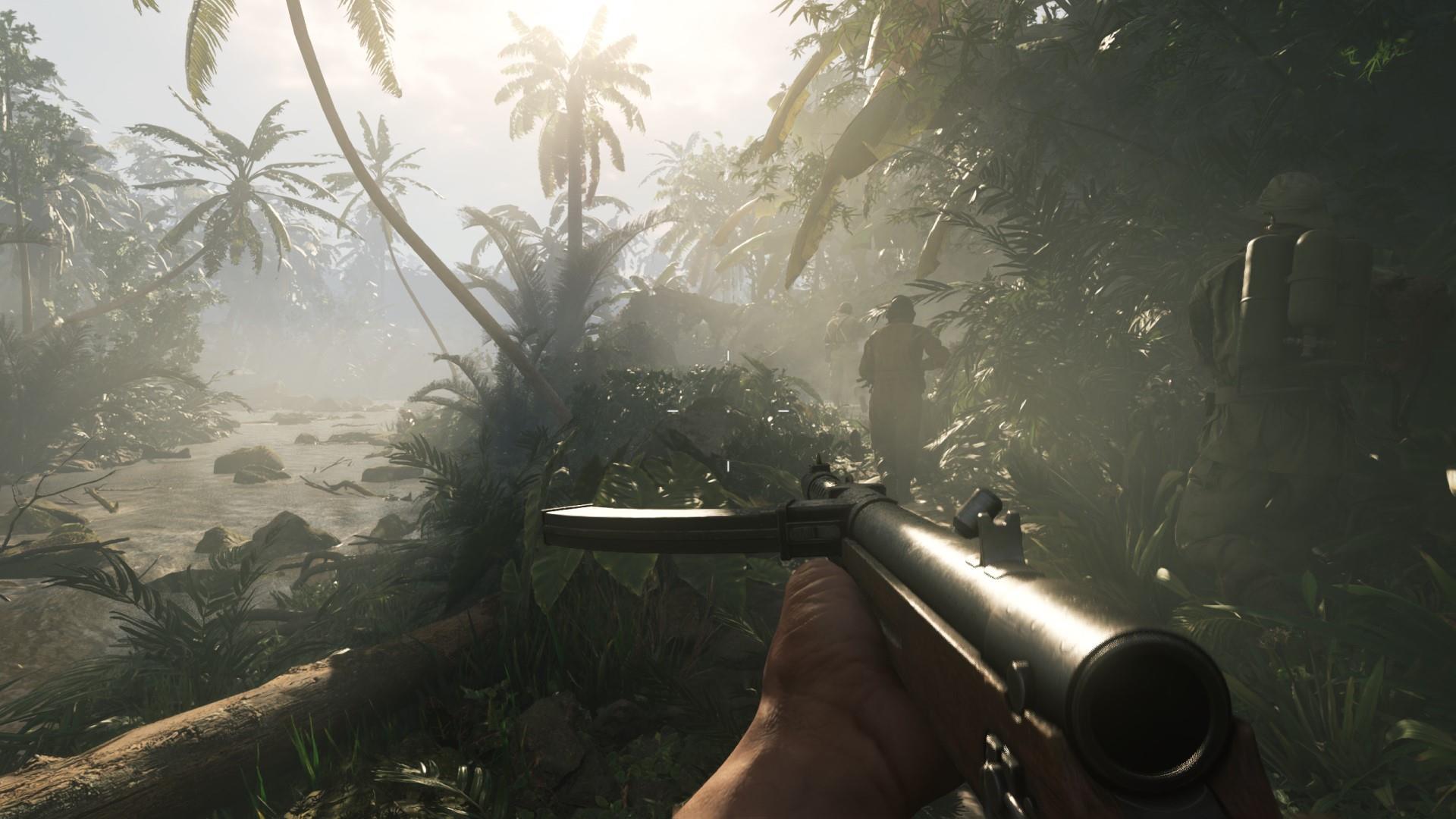 Call of Duty games are massive, ambitious AAA projects. Releasing them on an annual cadence call for sustained, repeated incredible effort. This is a primary reason why the work is split between three studios, so that each can settle in to the multi-year dev cycles of projects of this nature. Each is expected to deliver on a few core gameplay elements: a single player campaign, multiplayer, and zombies. The core element in today's First Person Shooters is the multiplayer. Across the FPS genre, single player campaigns have become afterthoughts in many games, even missing entirely in some. Zombies rounds out the experience with a co-op option. Players flock to Call of Duty for different reasons, representatives seeking each of the three modes or a combination thereof.

My problem with Call of Duty: Vanguard is that none of these three are very good. Maybe I should temper that rather bold statement with something softer, none of the three are what I was looking for. Let's start with the single player campaign, there are some fairly intense sequences, and the entire experience tries to weave together a narrative, but the core of that story is divorced from being grounded in any reality.  There is always an element of disbelief in an FPS campaign. Every hero is some version of Rambo, set against impossible odds, and yet emerging victorious with but a flesh wound. But Vanguard's campaign is not a gauntlet run by a mere mortal as Rambo, this is one tackled by the Avengers. In this story, multiple characters interweave, each one more ridiculous than the last. It's about the time the cocksure American starts using x-ray vision that I was done. I'm still not sure if the extremely short length to the campaign is something that should dock the game points, or just taken as a relief from the silliness of it all. 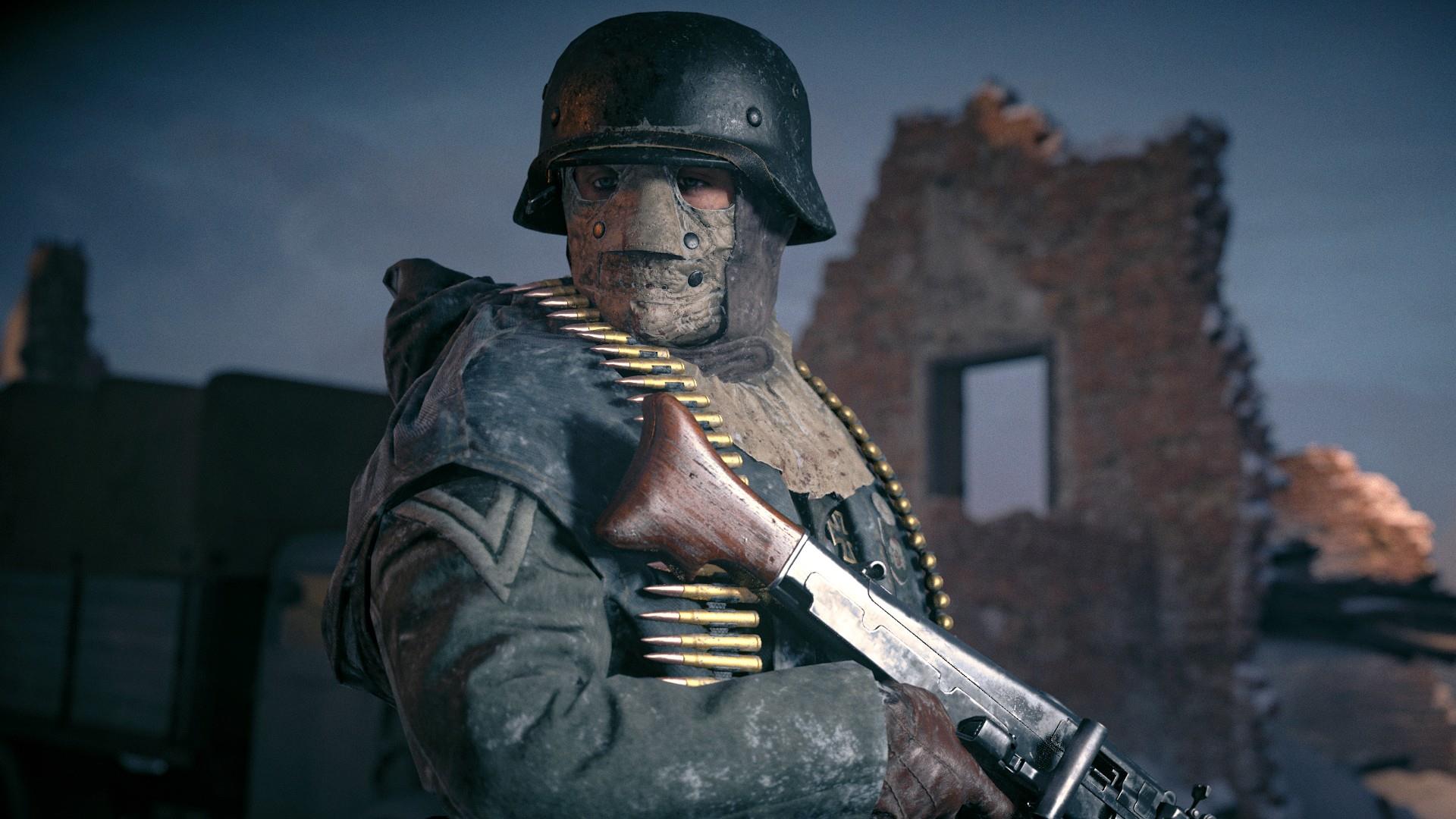 And then come the technical issues, the bugs that plague the campaign. Call of Duty titles are often known for having some technical faults in early release builds. It's far from ideal, but these things get sorted out with the first few patches. Vanguard is no exception. Perhaps the most obvious of these is how poor much of the lighting is. You notice it most not when the action is fast and furious, but of course instead in the quieter moments. Sitting down to a quiet coffee with family and your father's eyes are shining white while the entire rest of the face is blanketed in shadow.  Same as the picture frames hung in the background - shrouded in shadow yet glinting from the morning sun. It’s noticeable enough to actually be jarring, and draws the player right out of the scene. Even the rifle laid out on the table is outlined in a white border, as if there were some bizarre reverse cel-shading at work.

Some of this feels like a design decision though. There are these shining white outlines on characters, enemies, NPCs. It's too prevalent to be a bug, more a feature. I don’t know if this was meant to compensate for dark battle fields, to be able to better mark targets, but it's a mistake. The effect just takes the real textures and maps and immersion and drops the fourth wall from them entirely. There are other design decisions that miss the mark in similar ways. The mission objective states you must catch up to your brother. You can actually reach him long before he hits the scripted checkpoint where the next interaction is choreographed, but you can't actually interact with them until that pre-scripted moment opens, breaking the fourth wall again. Just throwing optional opportunities to greet meaningless NPCs or gaze on a picture frame mid task is not depth, and is made yet more shallow when set against the foreground of a brother who refuses to acknowledge you until they get to their imaginary space. 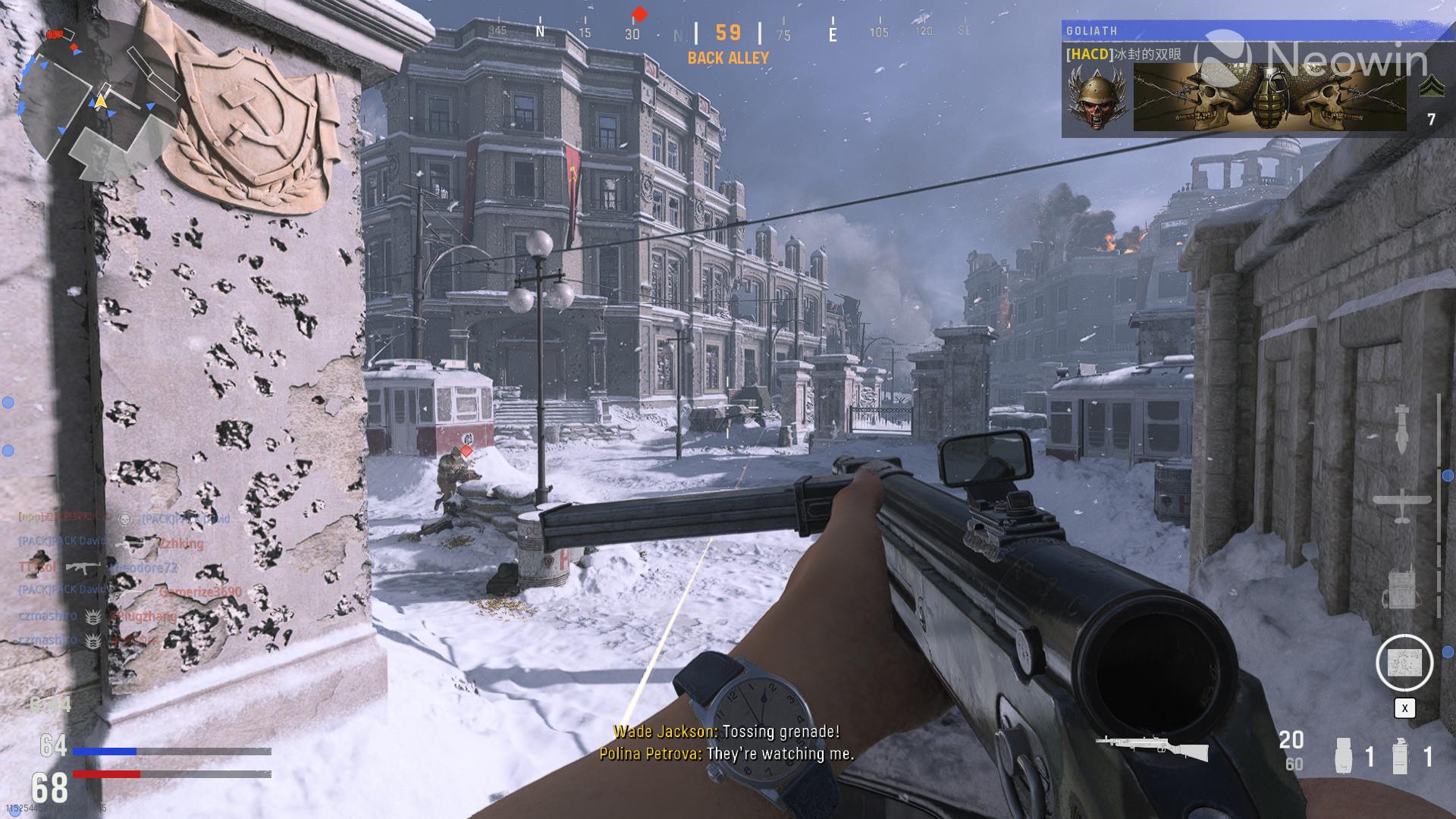 Otherwise yeah, it's the same Call of Duty campaign with endlessly respawning enemies until you cross invisible checkpoints interspersed with lots of opportunities to make things go boom, only this time played out not by soldiers but by super-soldiers who have no backstory that would actually make them so. I guess someone just thought that giving the protagonists super powers would be... cool? Maybe for some, but like I said, it's over the top, a bit silly, and certainly not what I was looking for.

On to the Multiplayer, where I spent the entirety of my first match getting spawn killed. Awful. I jumped in halfway through a 79-200 loss, just to suffer through my first of an endless barrage of silly, post-match operator emotes as participants are encouraged to vote for a match MVP after the play of the game replay that never once seem to even capture a key play. I'll see 2-3 other kill combos on my own opponent's kill cams waiting for my next respawn better than the play of the game, but that's small potatoes compared to the real annoyance, those emotes. The MVP votes getting split between three players who, regardless of which operator they are actually playing, more often than not are imitating the exact same emote. It was old on first view, you will suffer it after every match. 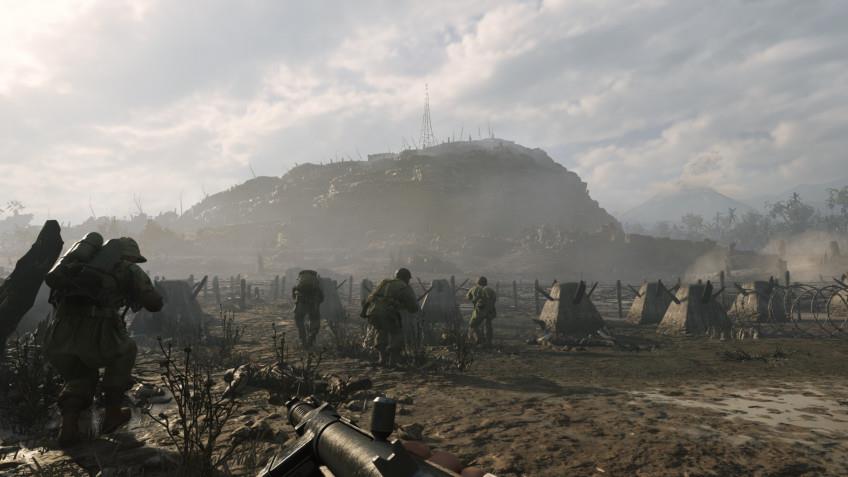 Then we have entire modes made worthless from maps that just don't fit the brief. Playing Elimination in rotation ended up being such a worthless er... hitshow. It was just a constant rotation of spawn kills, claim one or two of your own before getting ganked out yourself. I had to remove it from the playlist rotation entirely. Something that is afforded for game modes, but not game types. For example, there is a Blitz type that can be applied to any mode. Blitz is meant to make the action more intense, but all it really does is cram too many players into too tight a space and then make their time to death too quick. I didn't find it a good time, but the rotation edit also didn't let me filter it out. Map sizes as a whole leave much to be desired, the entire experience plays out in areas too small for their purpose. Even the large map playlist is too close quarters for anything but twitch reflexes to rule the day. There are no vehicles here, there wouldn't be any room to maneuver them if there were. There are also no score streaks, gone in place of the return of true kill streaks.

And I think that's exactly where I was able to articulate my ultimate conclusion about Vanguard, it has everything Black Ops Cold War had, but everything was just not quite as good. Kill streaks reward only those good enough to claim them. Score streaks reward everyone, eventually. It disenfranchises players like myself, too old and undedicated to ever really git gud. The maps are too small for certain game modes to really work, too small for vehicles to see the light of day, and too small to not make spawn camping a terrible burden in so many matches. And when much of your multiplayer is geared around grinding XP to level up your operator to unlock the best weapons, then grinding those weapons to unlock the best attachments, but the grind is a chore or maps too small, deaths too quick, and post match emotes too repetitive, then what you have is something less than what came before. 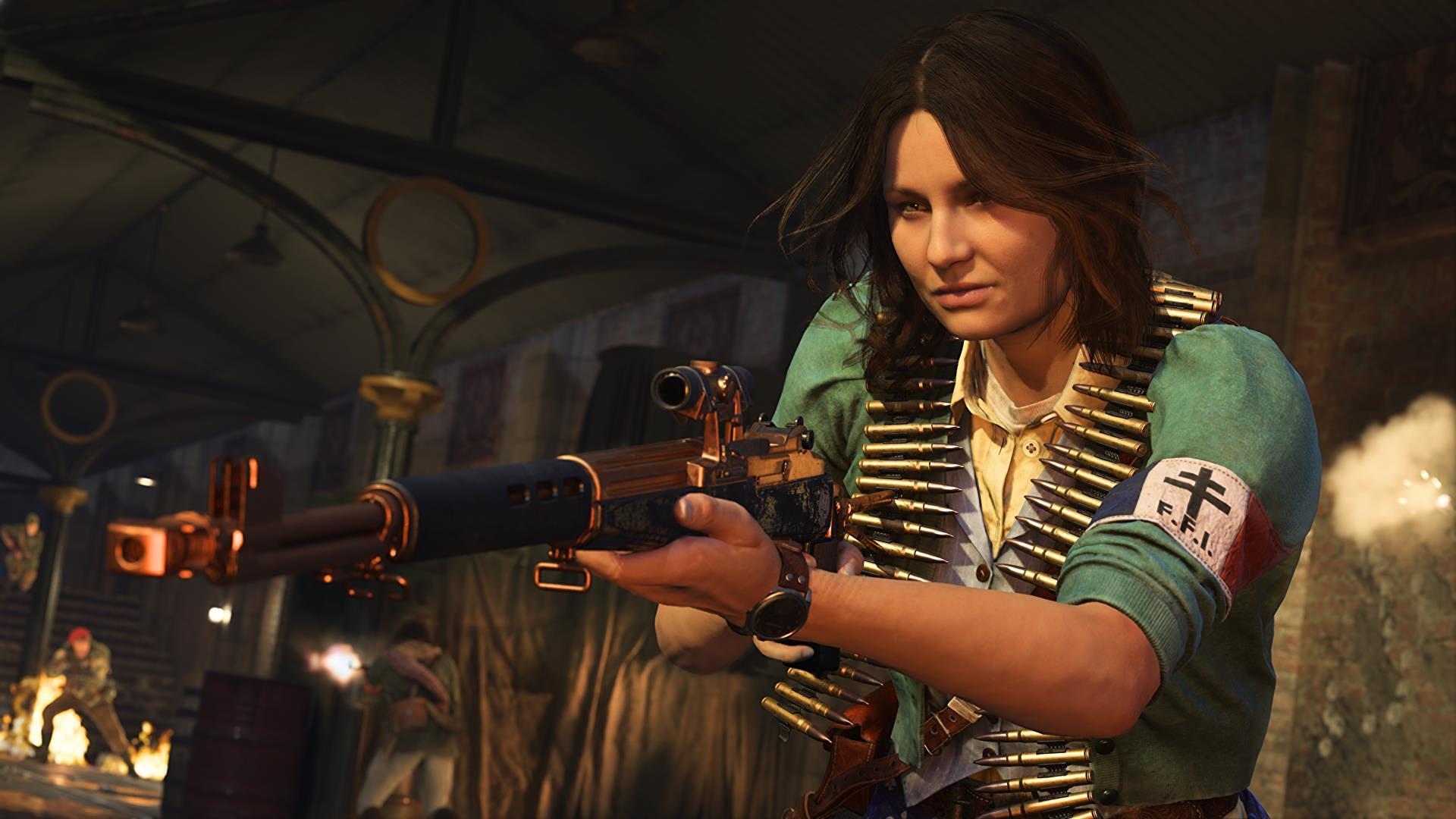 Then we have Zombies, which was basically released unfinished. The main quest of Zombies will not release until the first week of December. For this first month what we are left with is a collection of mini games, with most of the elements there, but nothing to really tie it all together. Yes there are loadouts and the mystery box and perks and upgrades and opportunities to kill loads of zombies. But there are no secrets to uncover, no end game to really strive for, and not much reason to really have a go at it... for now.

And that's the thing about Call of Duty games. It will all get better over time. More content will be added, more modes presented. Activision does a good job pushing its developers to continually improve what is released, and I've no doubt Sledgehammer Games will take up that torch and run with it. But we are here at review time, and I can only score what I have to play. What I have is a game that, every time I load it up, takes me through a unified screen that ties in Vanguard, Warzone, even Black Ops Cold War. And every time I think to myself I'd rather just load up one of those others instead.

It follows the formula of a Call of Duty game, but delivers each element just a bit worse than it's predecessors. Call of Duty: Vanguard is a game that will surely grow and improve over time, but what we have at launch is something that at least fails to cater to what I was hoping for in any aspect of the game. The single player campaign is ridiculous even if it does deliver some moments of high action; the multiplayer is a mess, at least for someone with my skillset; and zombies is simply unfinished. It'll get better, but what we've got right now just isn't all that good.