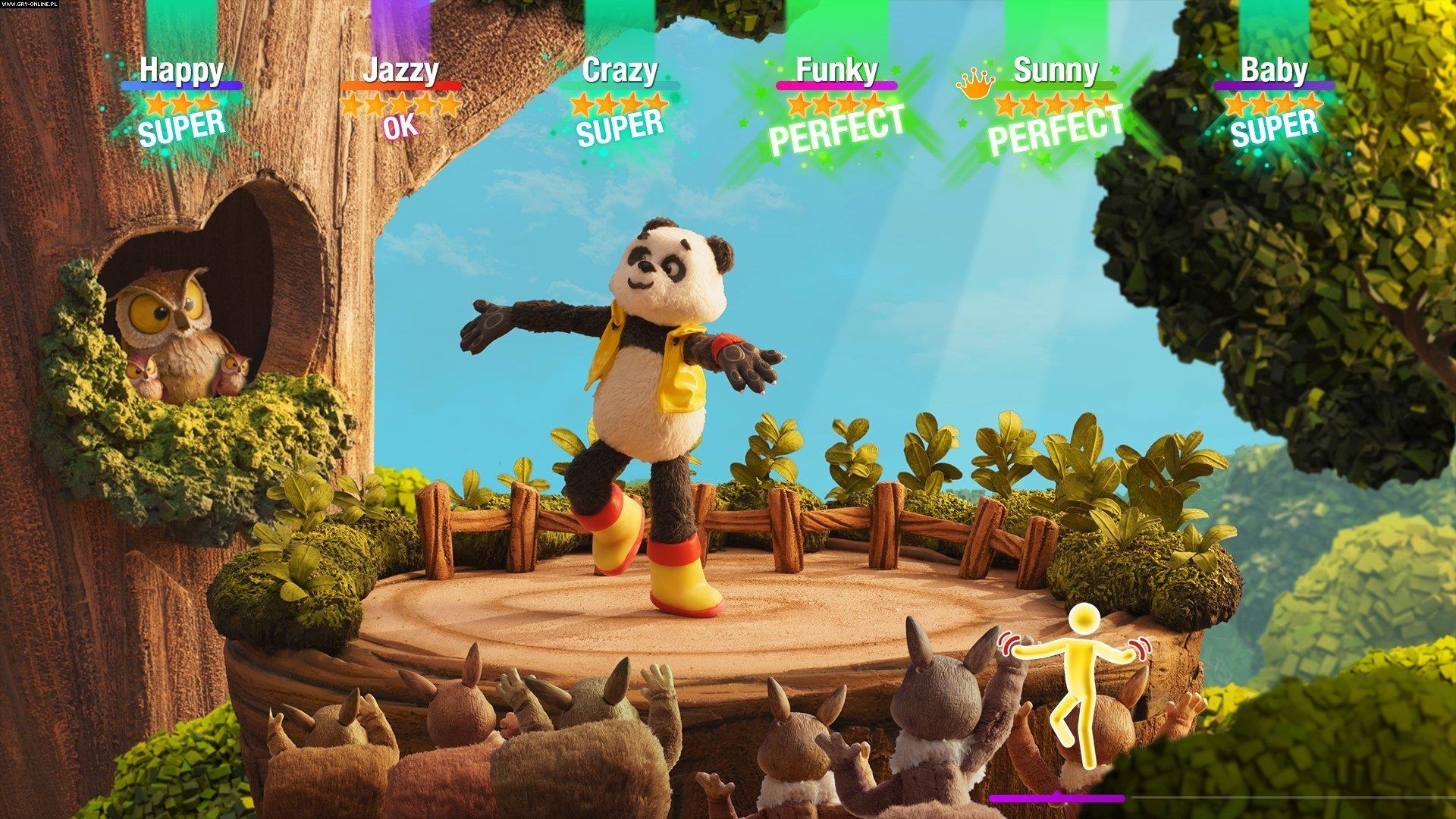 Ubisoft’s Just Dance franchise was a staple of my childhood. I remember meeting up at a friend’s house after school and singing and laughing while competing for the highest score. Trying out Just Dance 2022 after not having played the game since almost 10 years ago brought on a wave of nostalgia and a familiar sense of joy. The game has definitely been upgraded between the last time I played on the Nintendo Wii and now, giving fans even more to love.

Just Dance 2022 is a multiplayer rhythm dance game. The game was created 12 years ago in 2009, but the latest release boasts a lot of the features that fans have known and loved. The graphics are exciting, filled with bright colors and fun shapes that add to the music and keep the experience engaging. Players wear fun, flashy outfits. A huge variety of music means that there are songs for everyone to enjoy. 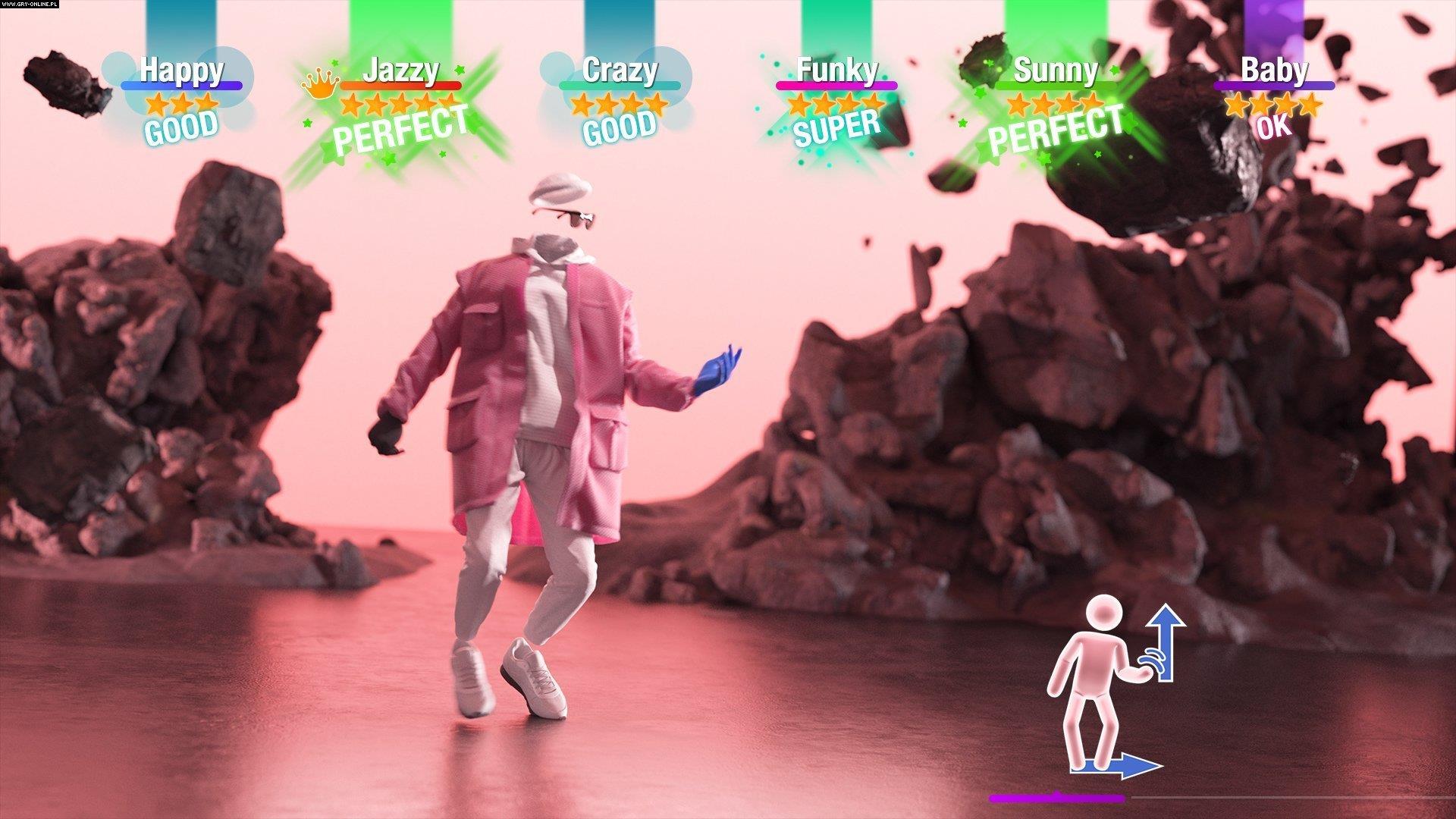 The rules of Just Dance are easy. In case you aren’t familiar, you hold a controller in your hand and follow the moves on the screen, and the more accurate your moves, the higher your score. You’re rewarded stars as you continue to nail the moves, and whoever has the highest score at the end is crowned the winner. It’s a simple game with simple gameplay. The variety lies, of course, in the song choices and the choreography.

There are 40 songs to choose from in Just Dance 2022. I appreciated the wide array of musical genres. The game contains plenty of pop tracks, some EDM songs, and, of course, an ever-growing library of K-Pop hits including “Kick It” by NCT 127 and “Feel Special” by Twice, which were my personal favorites. It’s nice to see representation across languages and regions of the world, and dance to songs from 2021 all the way back to the 70s. But even with all of this diversity, it’s doubtful that the average player would enjoy every track enough to get the most out of this game. 40 songs is not much for a $60 game, and that’s where Just Dance Unlimited comes in. By subscribing to the service, you get access to more than 600 songs, which definitely helps keep the game fresh and exciting for a lot longer. Plus, having the subscription will save you from having to purchase another Just Dance game. But if you’re not willing to pay the substantial yearly fee of $24.99, I can see the game getting boring pretty quickly. This is the case with a lot of other Ubisoft titles, which rely on copy and paste formulas that can get repetitive.

Another area with which Just Dance 2022 does well is its levels of difficulty. Even the Easy dances present just enough variety in movement that it’s not incredibly boring, and you can feel proud of yourself for remembering the choreography after a while. More difficult levels challenge you with faster tempos, a wider range of movements, and choreography that requires more precision (and sometimes even teamwork). It’s great to be able to choose or switch between a fun, light workout and an intense, sweaty competition, but either way, you’ll be doing a lot of kicking, jumping, spinning, fist pumping, and more.

Speaking of which, if you want to take it to the next level, you can compete on the World Dance Floor, in which you can battle it out with players from around the world and see how your skills compare. Just Dance 2022 also features Sweat Mode for those who are looking to track how many calories they burn while playing. There’s also a Kids Mode for younger audiences. There really are so many ways to play this game. It’s a game that is accessible and welcoming to players at all levels, from beginners to pro dancers. Just Dance 2022 also allows for a greater level of customization in the form of funky avatars and user titles available for purchase with in-game currency. 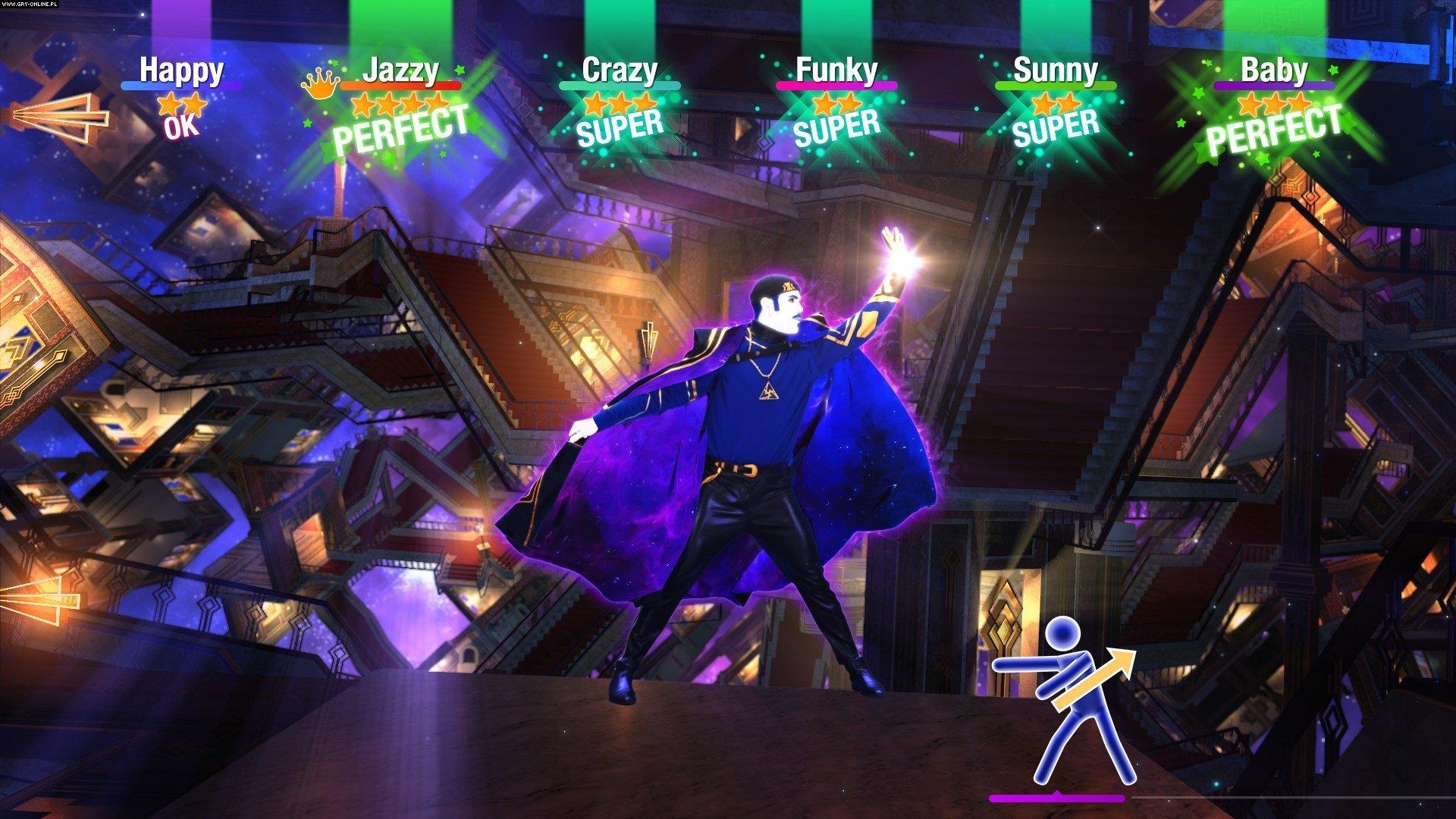 The game runs smoothly for the most part. I played the game on docked mode, so I can’t speak for the handheld experience (though I’m not sure why anyone would want to play that way). I didn’t encounter issues with the game aside from one crash. One exciting feature that was new to me in Just Dance 2022 was the ability to play with your phone instead of a controller. The game supports up to 6 players, and if you don’t have that many controllers, the ability to use phones instead is super convenient and smart. However, the mobile experience was a bit irksome. Once I downloaded the free-to-use controller app, it took a substantial amount of time to get it to properly load and sync with the Nintendo Switch. To unlock my Just Dance Unlimited subscription, I had to log into my Ubisoft account, which also took a bit of time. After I got everything to work, though, it was a pretty seamless experience.

I also expected that after all these years, the movement tracking mechanism would be more accurate and sophisticated. But the same issue I noticed all those years ago still persists: sometimes the game marks your move as Perfect when you know for sure you missed it, and gives you a measly OK when you feel certain you nailed it. For this reason, the game can at times feel unrewarding, with outcomes not fully reflecting your actual performance. Not to mention that you can succeed in the game without moving your whole body, since the game is only tracking one of your hands. It’s easy for someone to play the game dishonestly, but since this is a feel-good game with low stakes, it thankfully doesn’t matter much how much integrity a player has. 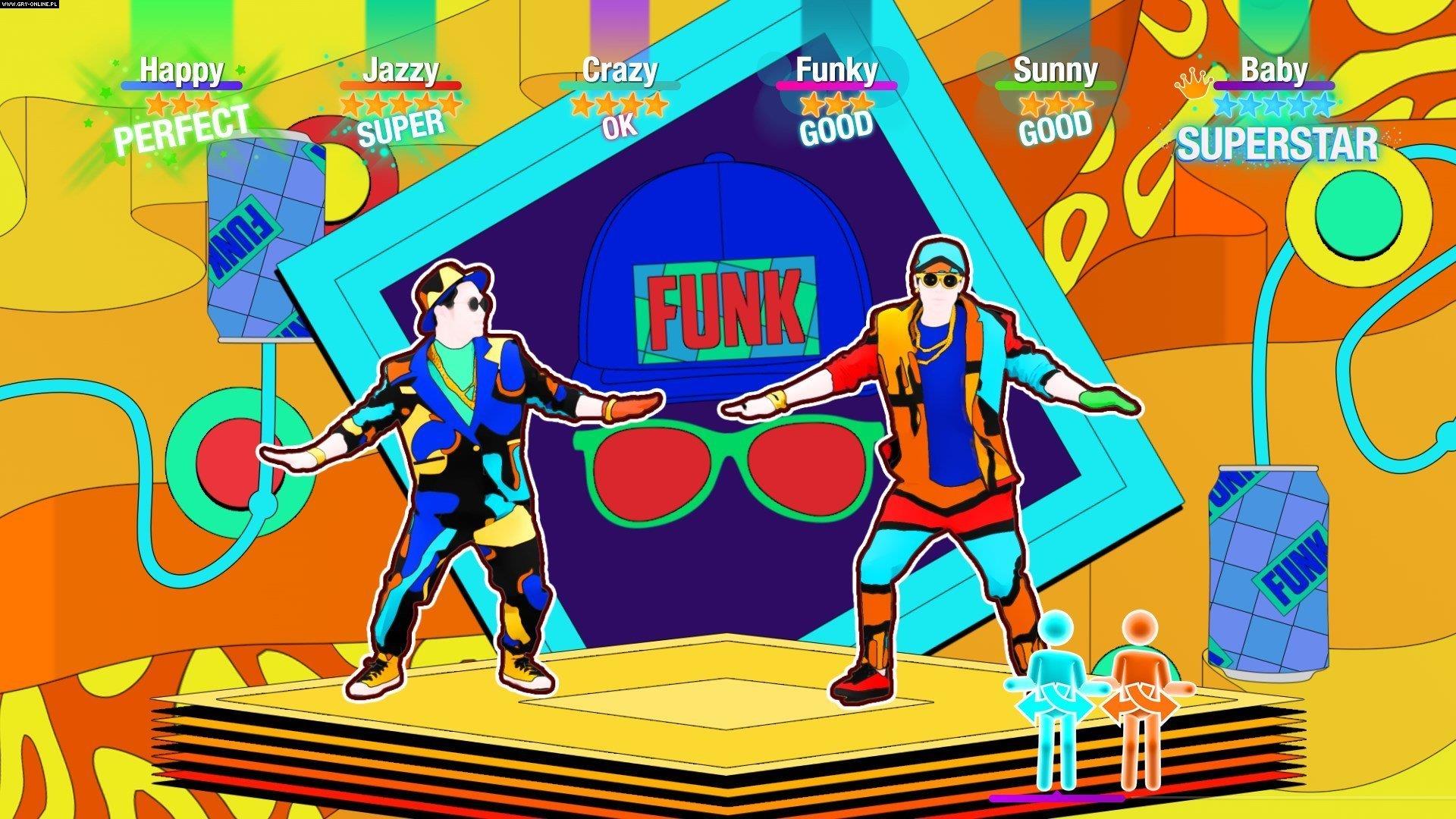 As someone who loves to sing and dance, I felt really in my element playing Just Dance 2022. Though it’s a game made to test your dancing skills, the on-screen lyrics made it feel just a little bit like karaoke, too. There are also physical benefits to the game, which I’ve come to appreciate more with age. Having fun while breaking a sweat and getting my heart rate up allowed me to check so many boxes at once and made me feel energized and even productive. However, the price model isn’t ideal, and the movement tracking could definitely use some improvement. Overall, Just Dance 2022 is a game that can only really leave you feeling good, and I’ll definitely be Just Dancing more often from now on.

While the Just Dance series reek of a yearly subscription based model, it still is a lot of fun, especially with the bops released in the year to date. Can't beat dancing to your hearts content with your friends and family in this wholesome and colorful game.