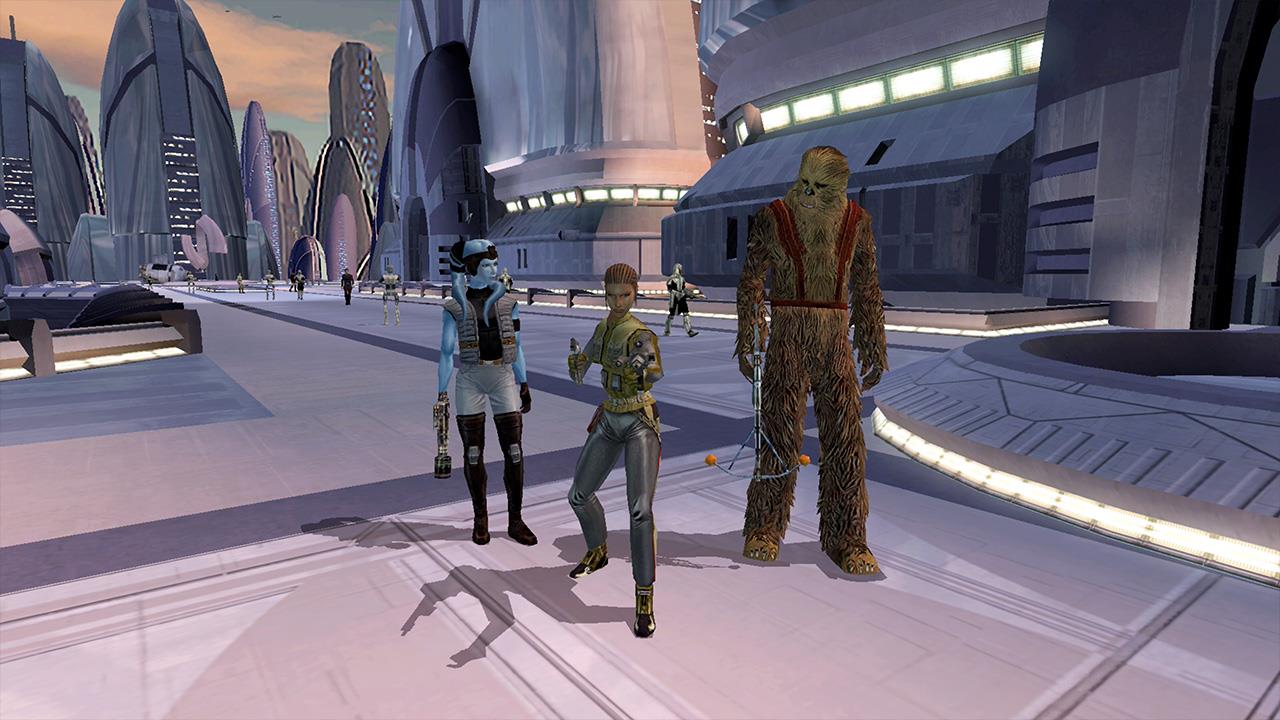 Written by Elliot Hilderbrand on 11/11/2021 for SWI
More On: Star Wars: Knights of the Old Republic

In my time I’ve now played four different versions of Star Wars: Knights of the Old Republic; the original Xbox release, PC, iPad, and now Nintendo Switch - some of them multiple times. To say I enjoy this game is an understatement. Once I finished my first playthrough as a light sided character I immediately started again, this time as a dark sided one. When the game originally released in 2003 it was at the perfect time in my life. I was in high school, and on summer break. I completed my first playthrough in about three real world days. It was the first game I literally played through the night the day I purchased it. For me this game ran perfectly on all cylinders back in 2003. Story, gameplay, exploration. All near perfect. For a long time I thought this was the best video game ever made. While opinions change, and mine have since 2003, I still found this version on the Nintendo Switch to be excellent. It has all the same elements, along with a fresh coat of paint, to make this a must play for anyone who hasn’t experienced the game before, and worthwhile for those who’ve played it a long time ago (in a galaxy far far away… or since 2003, in your parent’s basement like myself).

There are a lot of things Star Wars: Knights of the Old Republic does right, even after 18 years. The biggest one is storytelling, and thankfully nothing has changed. You play as a character who wakes up as your ship is under attack. You’re forced to fight your way to the last escape pod, crashing on the nearby planet. Once there you start your search for the Jedi Master who also crash landed somewhere on the planet, and off you go. Eventually you meet up, and go off planet, and your own adventures. It’s hard to share too much of the story with someone who hasn’t played before without spoiling much. Let’s just say there’s more to your character and the worlds you visit than you suspect, and the twists and turns along the way are worth the play through alone. I enjoy how Bioware was able to make a game that allows you to travel to whichever planet you want, in whichever order you see fits best, and still tell a compelling story. Overall I find Star Wars to be hit or miss with their stories, whether it’s games, comics, or movies. But this one hits, and hits hard. I would argue this is the best story in a Star Wars video game ever. Replaying it this past week has shown me that statement still holds true. 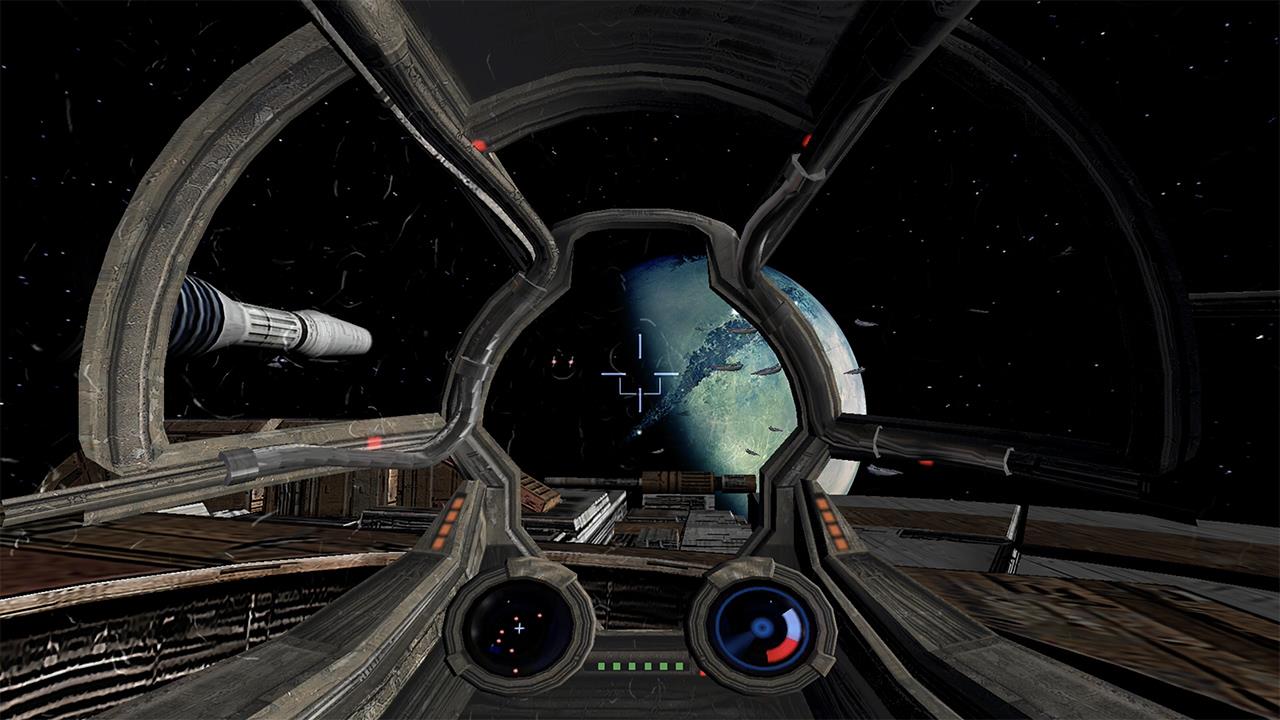 While the story still slams, the characters that surround the protagonist do as well. There are nine possible companions to unlock as play through Star Wars: Knights of the Old Republic. Each one is as unique as the next. You have two droids you can add to your party, one, T3-M4 feels like a nod to R2-D2, they don’t really speak in words you can understand, while the other HK-47 might actually be a serial killer. The other cast make up Jedi, a mercenary, soldier, and a Wookie to name a few. Each one has a story they want to tell, and sometimes even find themselves disagreeing within the party. The only issue with so many distinctive characters are only being able to take two of them along for missions. I find myself taking my favorite two from planet to planet. 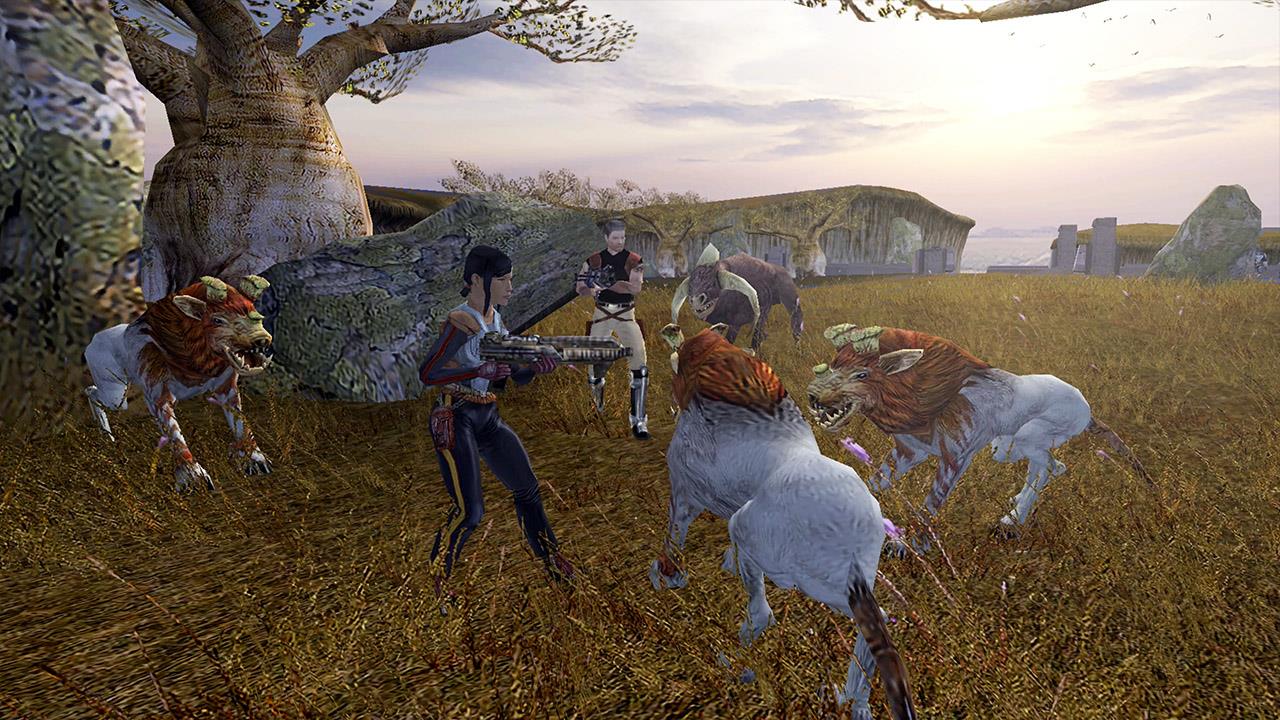 The use of the light and dark side of the force is one of the gameplay features that make Star Wars: Knights of the Old Republic stand out from not just other Star Wars games, but helped create a genre of game where your decisions can have long lasting effects. During most of the in-game dialogue you can choose how your character will respond to questions, usually giving you light or dark side points by the end of the conversation. There are a few instances where you can really make a choice that can have an effect on the remainder of your gameplay. 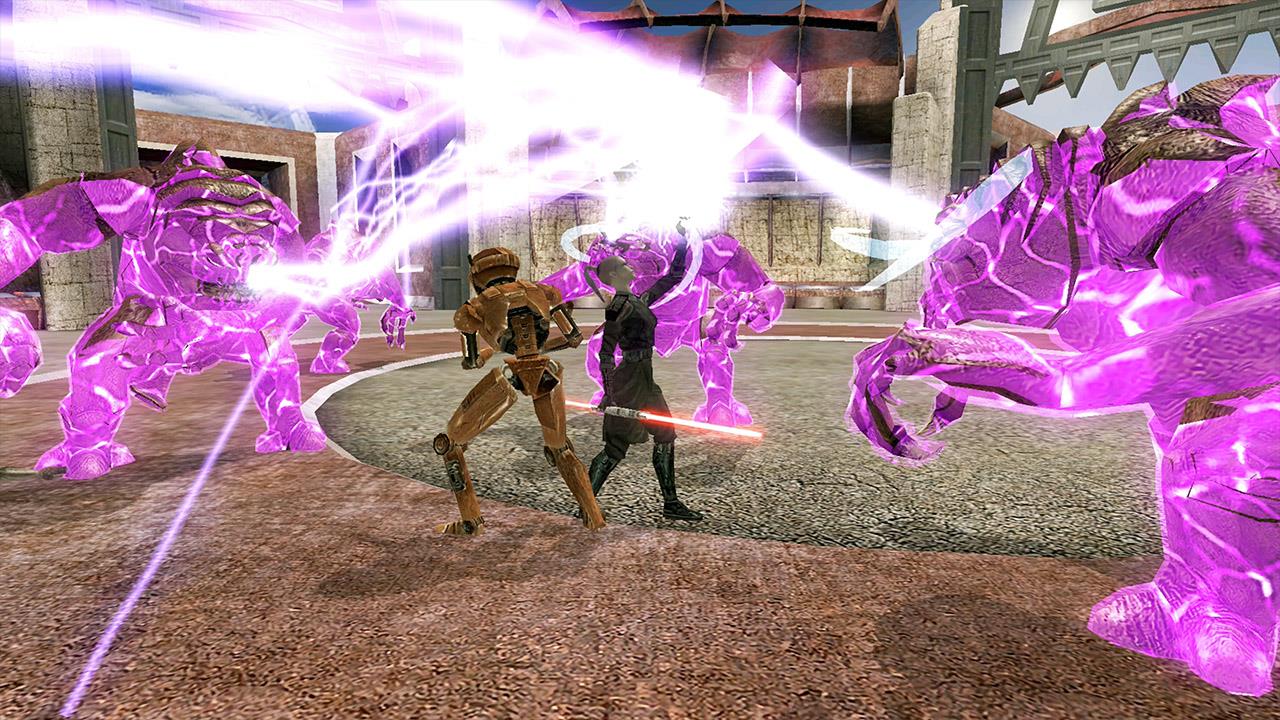 I wouldn’t call them missteps, but there are quality of life issues I find that just don’t feel as solid as they did back in 2003. I know it’s been almost two decades since the original release and so I understand. For starters the turn based combat just feels slow, and simple. I don’t feel like I have much to do during fights other than spam which I want to use. I found myself avoiding combat when I could because I was more interested in the exploration and story elements, which is a bummer. Anytime I can use a lightsaber in a game I should be excited.

The level up system seems a tad archaic. I found that some skills and classes feel tacked on and not useful to the overall feel. Star Wars: Knights of the Old Republic really wants you to play a fighter, and pushes you in that direction in a heavy way. It would have been easier to eliminate the other classes and focus my main character how they think it should be and allow me to make my team around them how I want. 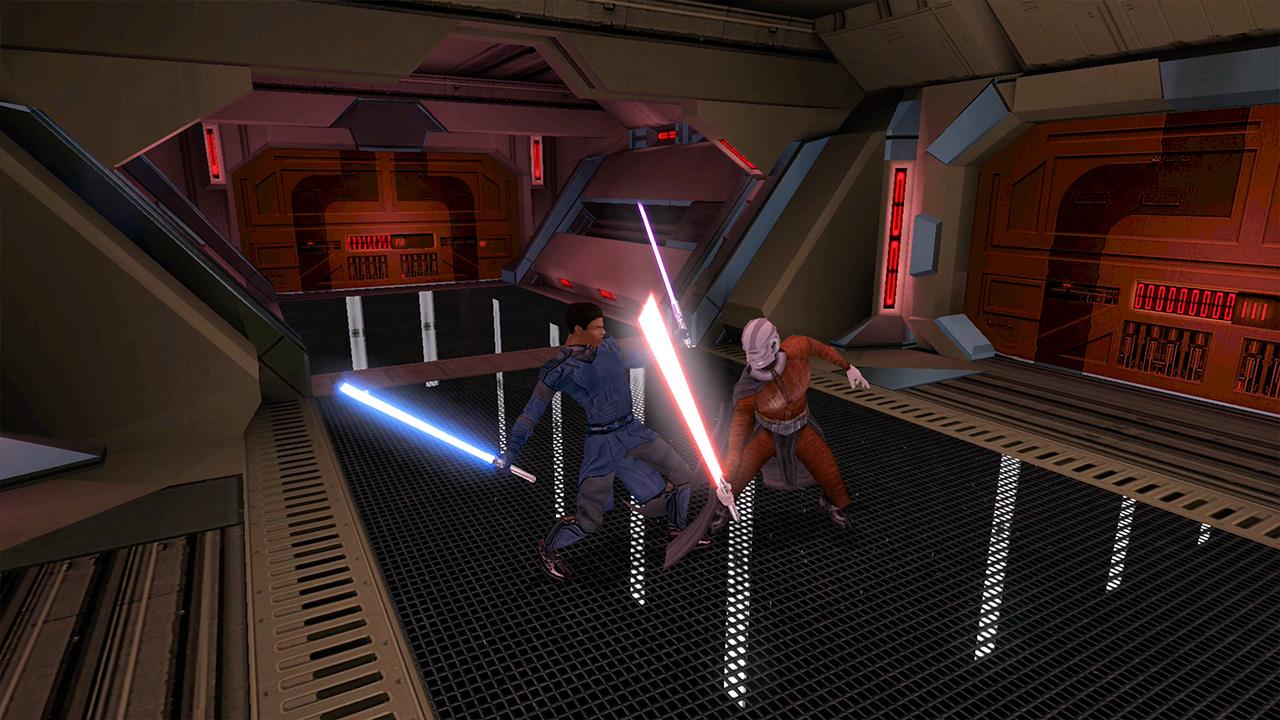 Graphically there is not much setting this version apart from the handful of ones already available. There is a fresh coat of paint put on, but the original foundation was pretty good to begin with. Being able to play Star Wars: Knights of the Old Republic on the go with my Switch is perfect. I found myself sneaking time in when I could for the week it took me to get through the game, and being portable helped. Each planet looked different from the next, and I found myself enjoying seeing content I’ve seen a handful of times before. This was a great way to reminisce about the game that helped start a genre I love. 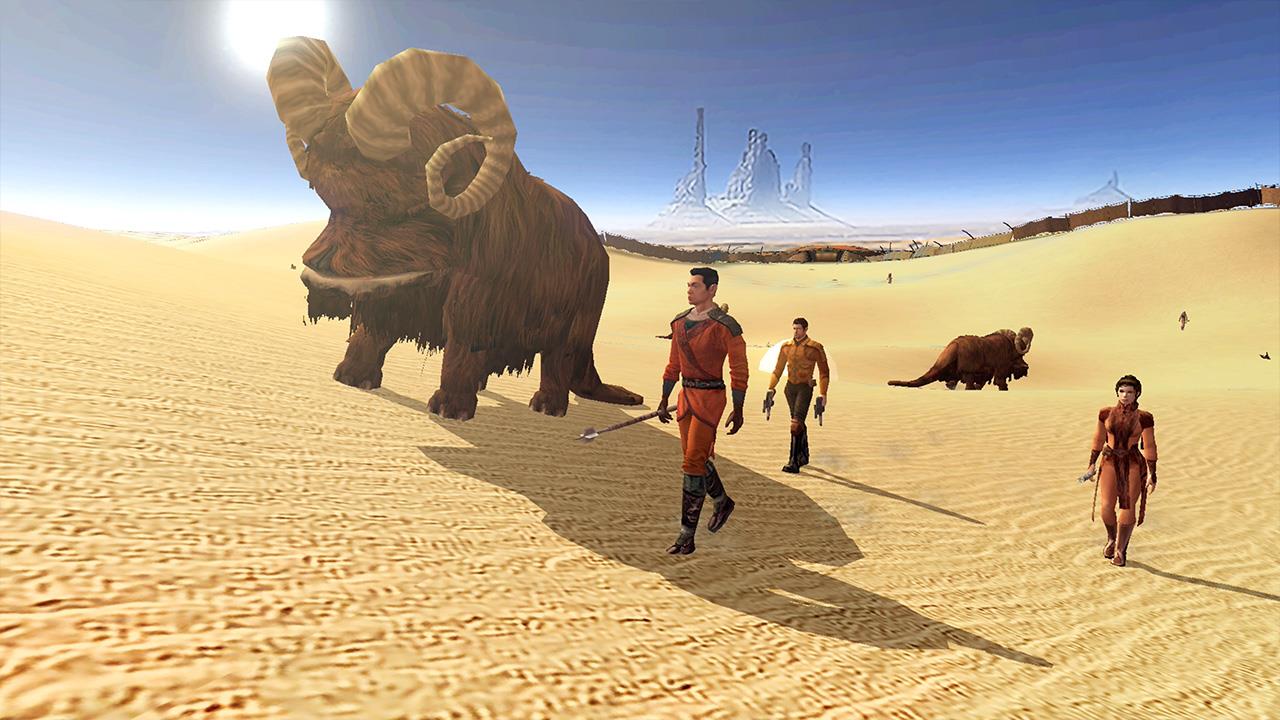 It’s easy to look back with rose tinted glasses when it comes to Star Wars: Knights of the Old Republic. But after spending a week back in this world I can easily say there are no tinted glasses here. It’s as good as I recalled it back in the day. If you’ve never played Star Wars: Knights of the Old Republic this is a great way to jump in. I couldn’t believe a game that came out in 2003 could still hold my attention, even on the fifth or sixth playthrough that I had while reviewing the game. The atmosphere created by the game is second to none when it comes to Star Wars games. Playing on the Nintendo Switch might be the best way to experience, load screens were fast, and the game looks great in handheld mode. The Star Wars: Knights of the Old Republic story is one every Star Wars fan should experience.