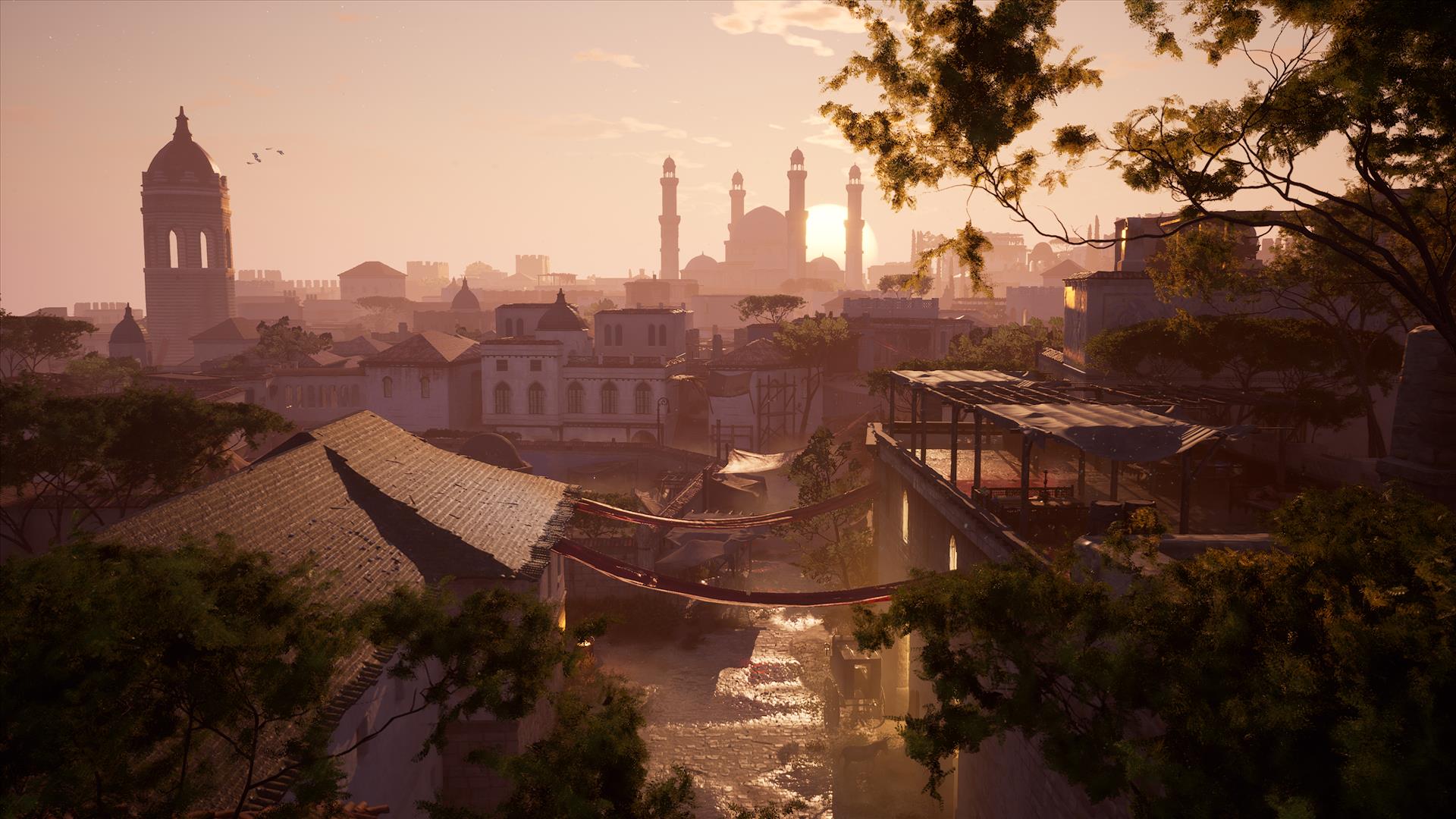 Written by Elliot Hilderbrand on 11/18/2021 for XBSX
More On: Sherlock Holmes: Chapter One

Everyone knows Sherlock Holmes. His adventures with Watson are the stuff of cultural iconography. What the world didn’t know about were his early years. Sherlock Holmes Chapter One, the new game by Frogwares, tries to fix that, showing you he wasn’t always one step ahead of everyone else. While I enjoyed the story and my time on the island of Cordona, I sometimes felt lost and unsure of what to do next.

The first in a list of oddities for a Sherlock Holmes game is the location. Gone are the foggy London streets, say hello to the pina coladas. The game begins as Sherlock and Jon are just about to land on the Mediterranean island of Cordona to visit Sherlock's mother. Well, his mother’s gravestone, but still, family is family. Besides the new location, we also have something of a different Sherlock. Instead of typical older, more well rounded Sherlock, we have a bit of a wet behind the ears look at Sherlock and Jon. Not a single deerstalker to be found. Jon sports a haircut that would probably have gotten him arrested in the late 1800s, or at least some strange looks. Sherlock sports a rolled up dress shirt and leather gloves, looking like someone whose parents have just recently allowed him to finally start dressing himself. While the idea of putting Sherlock Holmes in a location we wouldn’t normally find him is a great one, the look and feel of the duo just doesn’t feel great. These two certainly are not your mother’s Sherlock and Jon. Jon has given Sherlock the nickname Sherry, which just feels wrong, and he uses it constantly. 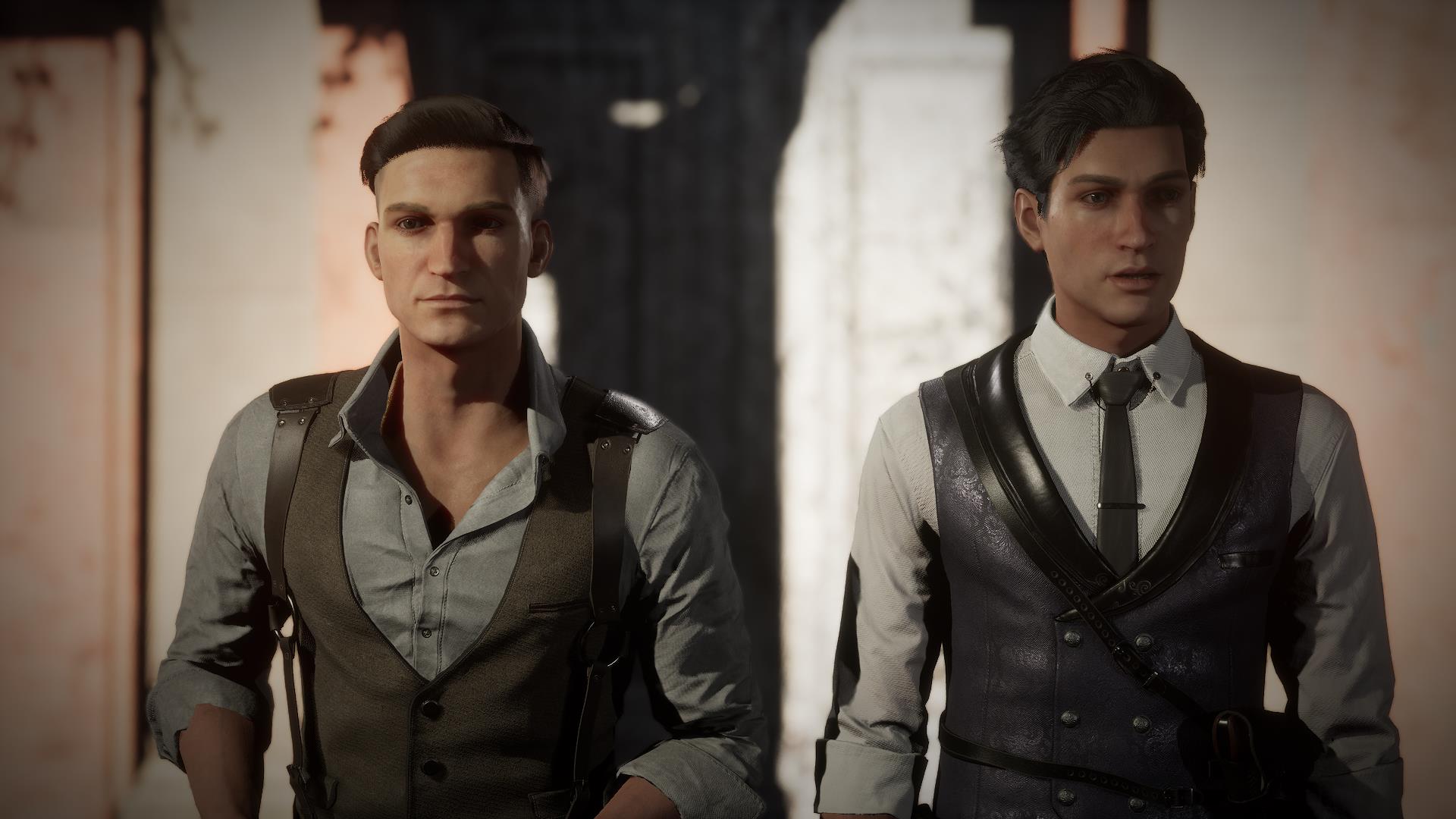 Sherlock Holmes Chapter One doesn’t take long to get started. You can’t check even into your hotel room before mystery finds Sherlock. What starts out as a game of trying to solve who’s walking stick was left at a table, leads to a séance with a stolen jewel, and suddenly you’re dealing with a murder. All because you wanted to return a walking stick. I found the prologue a good starting point for what to expect overall. Everything you need to solve mysteries is taught to you during this sequence. From choosing the right clues to ask strangers about, to using your mind palace to create more clues to help put all the pieces together. All you need to learn is taught before you enter the city of Cordona. 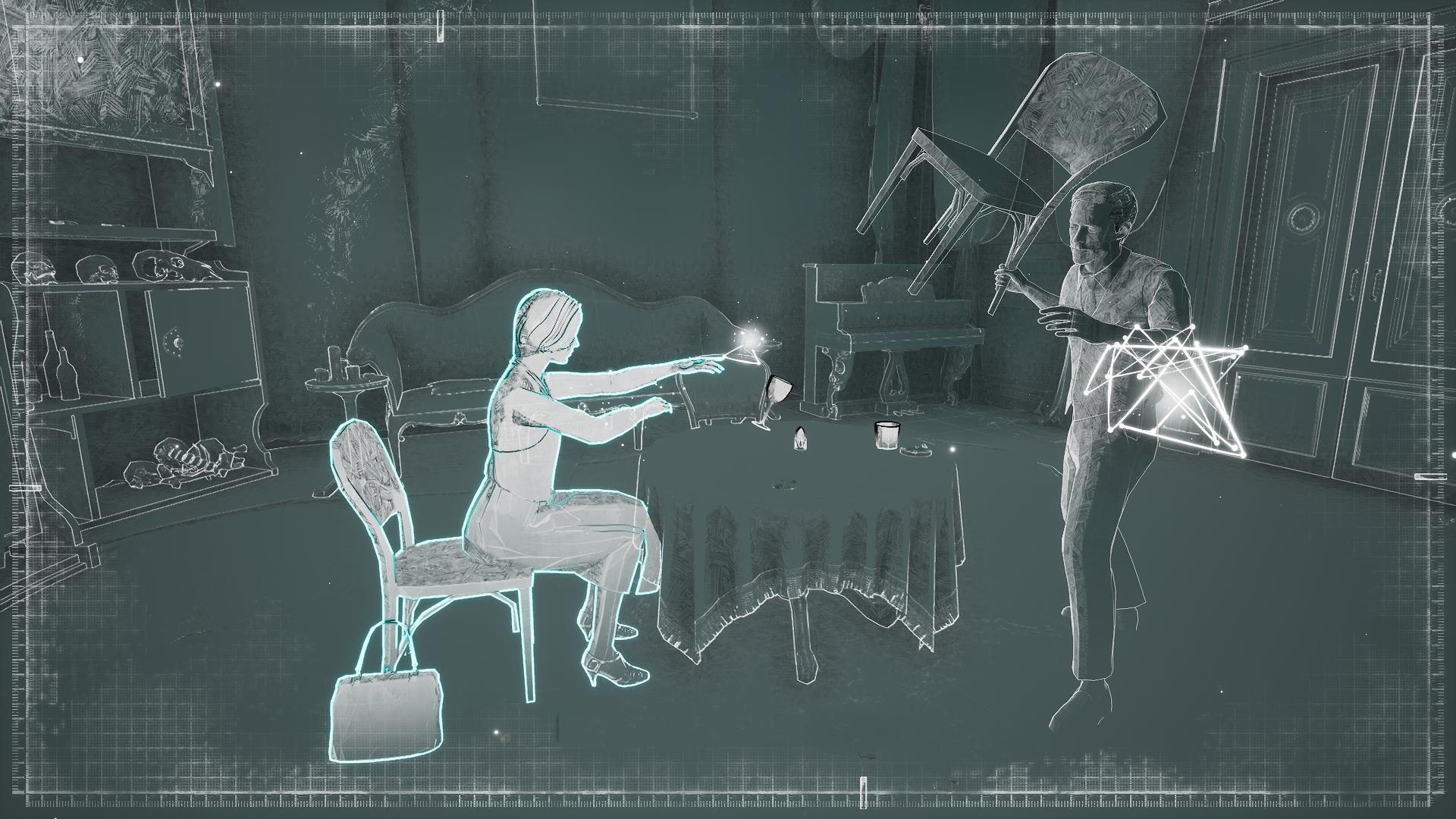 After your brief time at the hotel, and a pretty surprising story point, you enter the city of Cordona proper. The game becomes something of an open world to explore. There is a centralized story being told, mostly dealing with your late mother, god rest her soul. The size of the island is pretty good, and there is mystery afoot at nearly every corner of it.

Murder and thievery are everywhere for such a small island. I’m sure the number of murders per square mile would put Detroit to shame. While I enjoyed all the mysteries, I did struggle at times feeling overloaded. It felt like a bit too much with all the choices I could take up for side quest mysteries. Saying that sounds a bit dumb, oh no, too many mysteries to solve. But I didn’t know when to stop the main quest to go off and do some optional side things. I eventually just went off to do what I wanted, when whatever mystery was in front of me sounded interesting. I was hard-pressed to turn away a mystery, as they were all interesting.

While I enjoyed the freedom to do as I pleased, I often hit a roadblock. I would be unsure of what to do or who to go talk to next. I would look in my menu to see if I needed to put more clues together, but often came up empty handed. Jon was also zero help, he would constantly tell me I was being a nuisance to the people of Cordona, but not offer any help himself. I felt stuck at times, which is simply not fun.

This game does feel like a study in menus. Hitting the menu button will take you to the casebook, where you can see all cases, past and present. You can also look into Jon’s diary, where he lets you know how useless he thinks you are. The other big tab is the mind palace. This is where I can take clues, to form bigger, better clues, as well as make deductions. While I didn’t hate the use of menus, it did feel like too much. I would frequently pause and go to the menu to make sure I wasn’t missing something to put together, as well as seeing that I was asking NPCs the right questions. There was also the need to read a lot of text to help place clues. I don’t mind reading, it eventually felt like a drag to go through notes again to piece clues together. 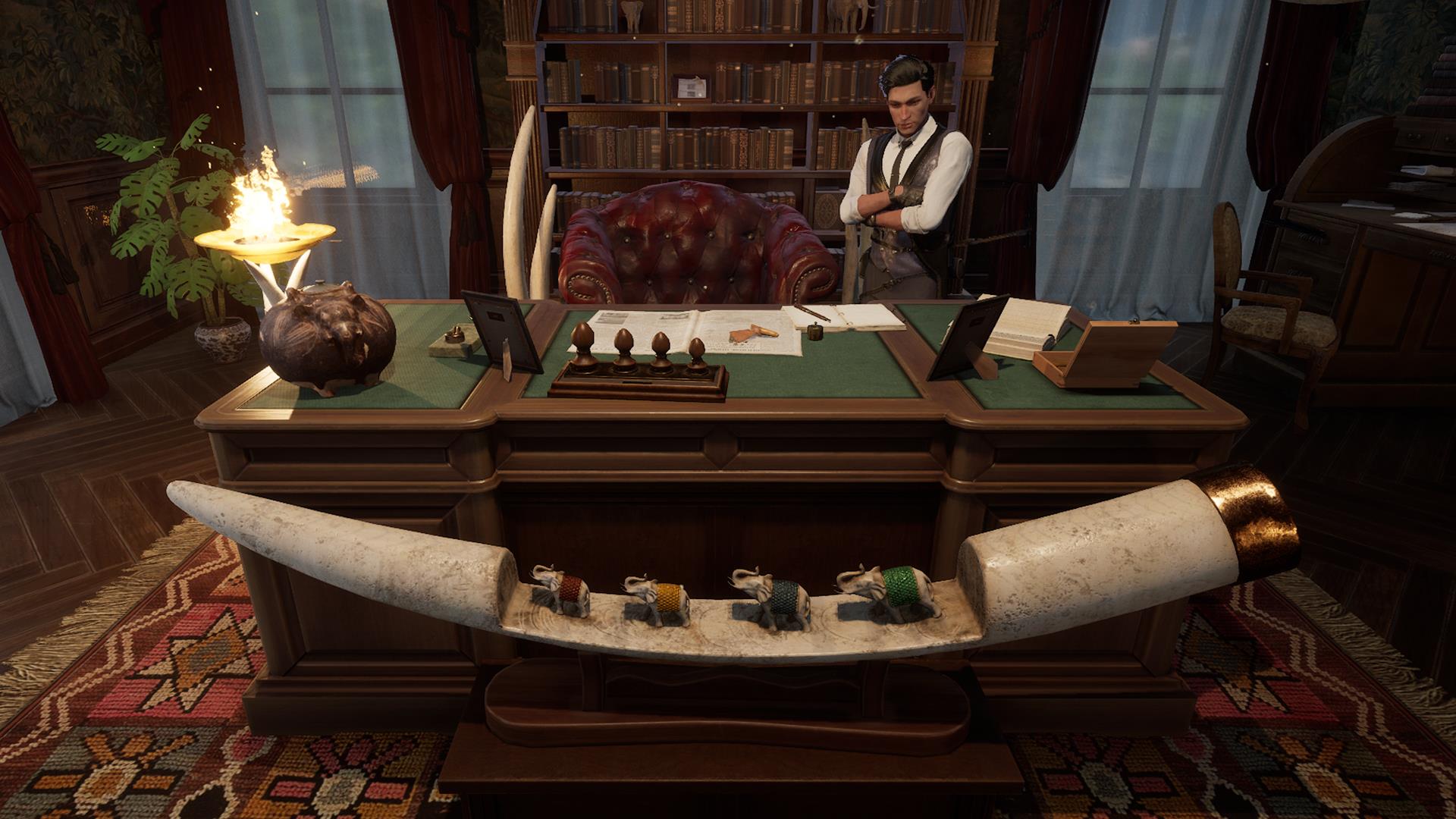 Combat in Sherlock Holmes Chapter One is skippable, literally. You can choose at any point to cut out all the combat the game throws at you. It’s almost as if the developers knew that combat was missing something. For starters it’s using a weapon. I’m assuming if Sherlock Holmes has to fight, it will be as a gentleman. And gentlemen only settle arguments with fisticuffs. The shooting feels a little mindless, and a bit like a puzzle at times. The player has to take off all the enemies armor before taking off their helmet, which is a bit odd. Sherlock is also gifted with unlimited ammunition, making it less of a challenge and more of a timed event. Once I had a feel for it, I turned off the feature. 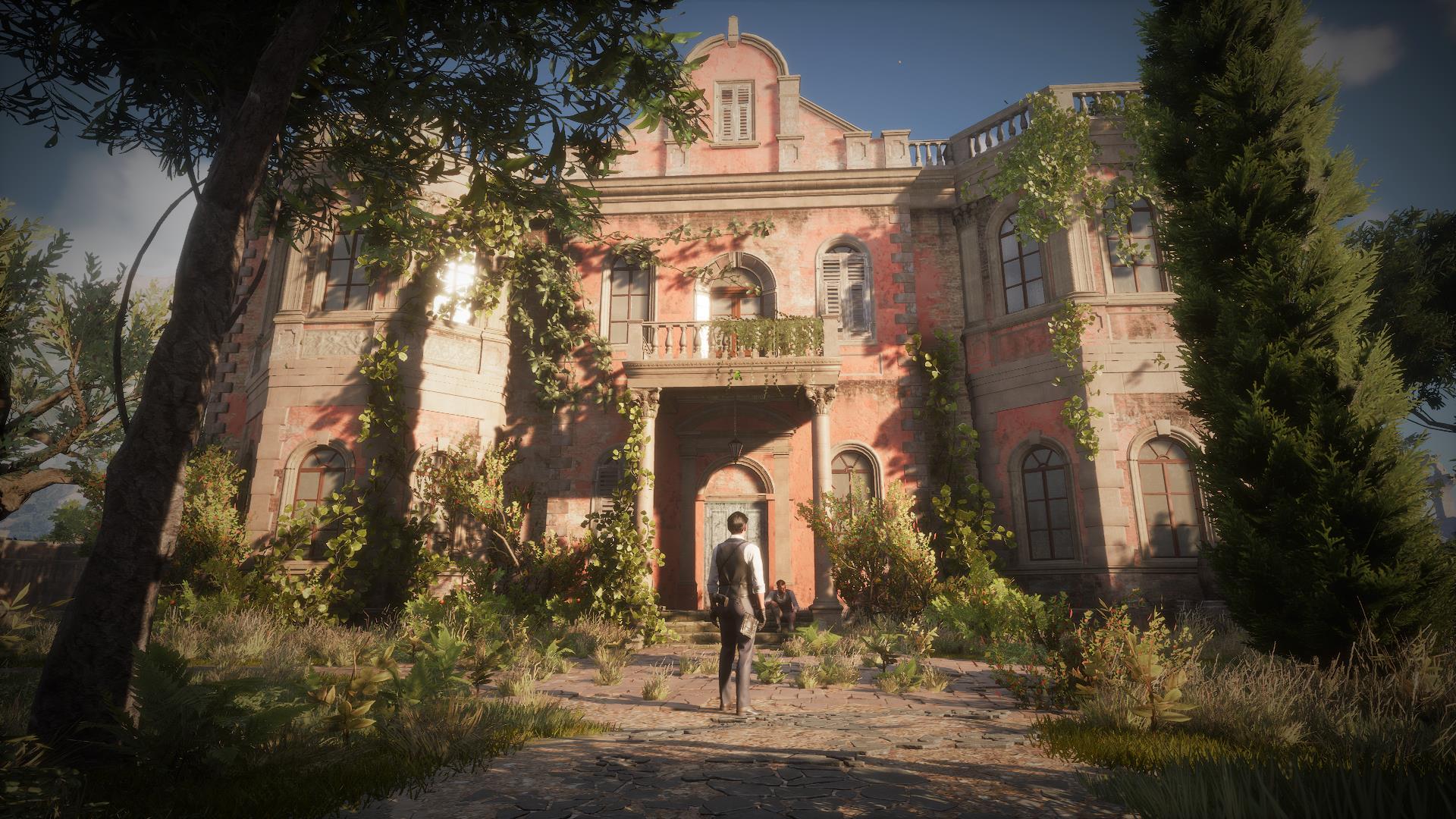 While this is not a perfect game, it is a pretty darn good one. I did get the feeling of being Sherlock Holmes. Maybe a young, slightly-less-stylish Holmes than I’m used to, but he’s here and in good form. I enjoyed the storytelling aspects, especially the small twist made near the start of the game. Combat left a bad taste in my mouth, but making it completely optional helped. I’m hoping this open world concept is just the start of using this approach for developer Frogwares, as I want to see an older Holmes in a gritty open world London.

I need a little more hand holding than Sherlock Holmes Chapter One gives. I’m not as smart as Sherlock, and found myself bumbling around at times like a lost child. When I was in the zone I was having a good time. The variety of costumes made for a fun time, and the eavesdropping mini game were a good distraction to a worthwhile story. The game has flaws, but those can easily be overlooked with a mountain of  fun and interesting mysteries to solve.