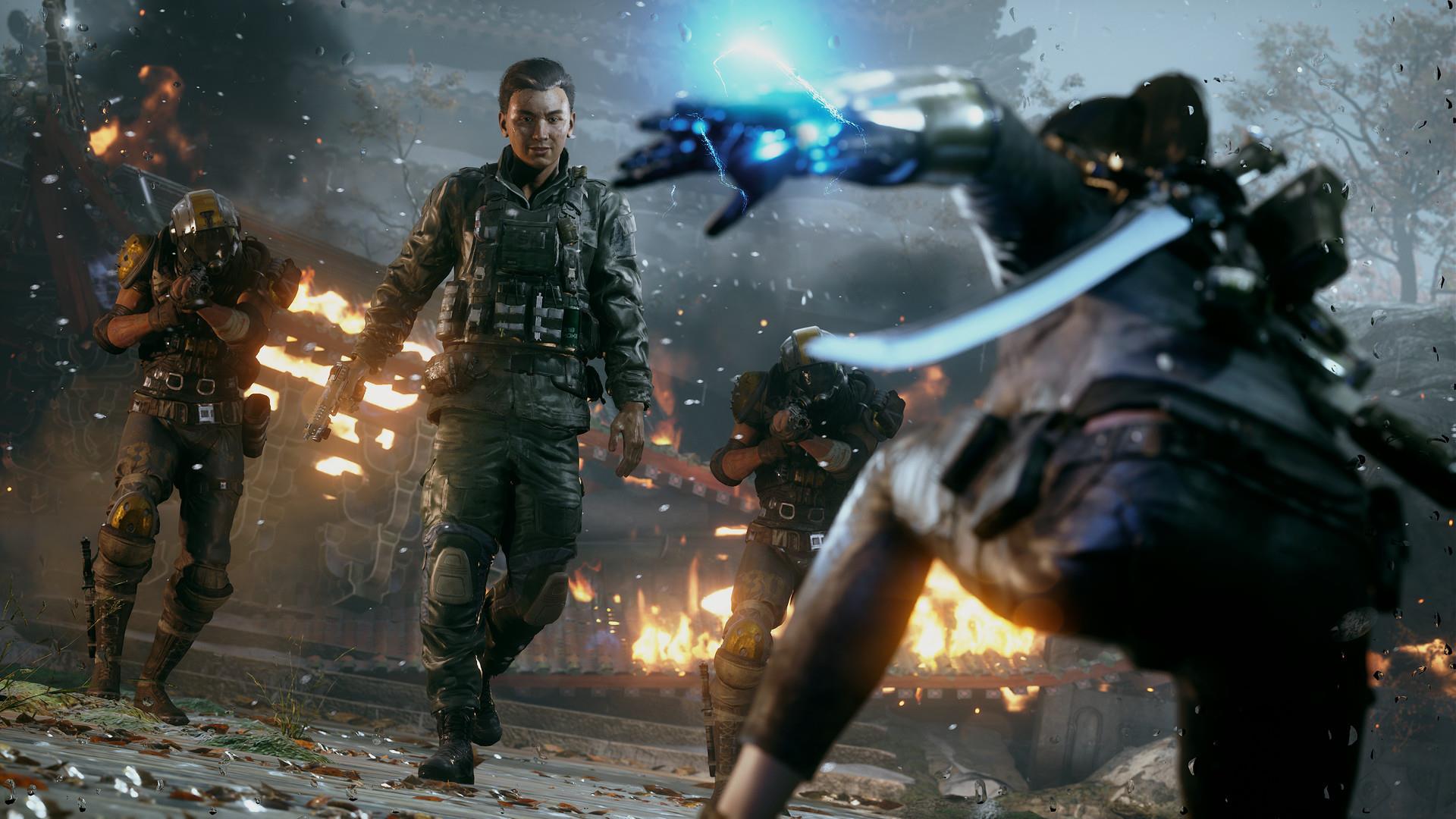 If you’ve heard of Bright Memory, then you definitely know what Bright Memory Infinite is. Infinite is the comprehensive sequel to Bright Memory, a previously released episodic demo teasing the visual fidelity of the full game developed by a one-man team. The title first caught the attention of many viewers with its fast paced action packed combat with stunning visuals from a teaser trailer.

Bright Memory Infinite is a first-person shooter fused with hack and slash action, set in a futuristic world in the year 2036. The game is a graphical spectacle from top to bottom, with gorgeous environmental designs, weather effects, and character models. Those with the latest generation NVIDIA 3080 graphics cards can further enjoy these stunning visuals with additional ray tracing enabled in game, almost on par with the Crysis games. The fact that this entire game was developed by one person is amazing. 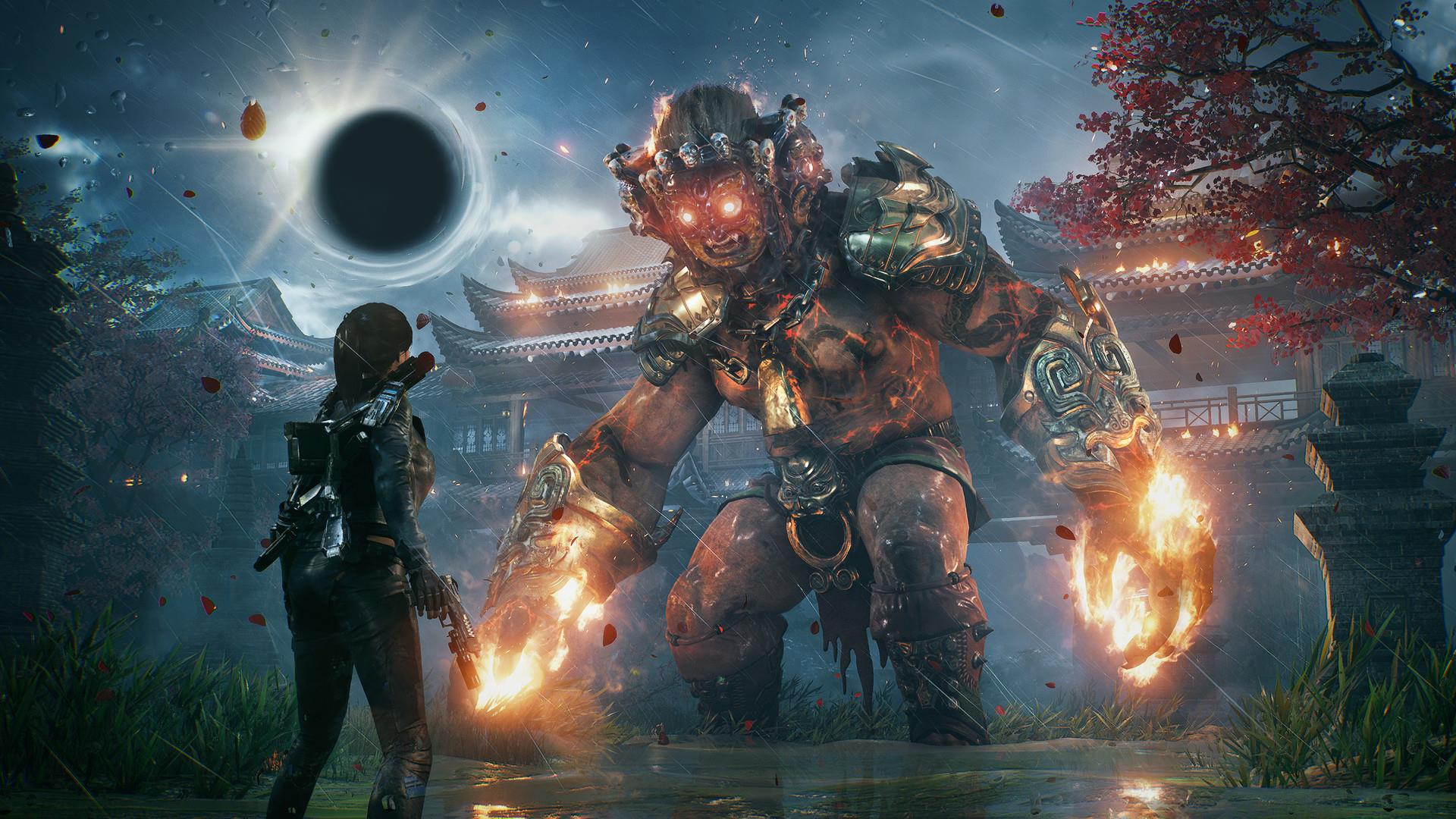 Just like in the first tech demo, Bright Memory Infinite’s narrative is nonsensical and confusing. You take on the role of Shelia Tan, a soldier part of an organization known as SRO or Supernatural Science Research Organization, tasked to investigate a weather anomaly. A rival corporation called SAI is inexplicably trying to stop you by deploying antagonistic human soldiers. Aside from SAI, random ancient soldiers and golems start appearing out of nowhere and attacking you. Even after rolling the credits, I had no idea what the story was trying to go for. It also didn’t help that lip movements of the characters never lined up with the voice acting. A major complaint about the first game was its ridiculously short length, coming in at about an hour long of gameplay. Well, Infinite is longer, but barely… I completed Infinite in two and a half hours on the hardest difficulty. I imagine the game could be finished in under two hours on the easiest difficulty.

The first Bright Memory released in 2020 was also severely criticized for its lack of polish. Unfortunately, the full release is still riddled with quality assurance issues. From buggy glitches that clipped me outside of the designated map to blatant localization and spelling errors, Bright Memory Infinite clearly hasn’t gone through further polishing and playtesting. (Though, to be fair, the studio announced after the time of writing that a new patch would resolve many of these issues.) The game is developed by FYQD Studio, a one-man development team from China, and as such, many of the in-game menus and subtitles are still displayed in Mandarin Chinese even though the language is set to English. There were also several instances in which janky platforming caused me to jump through the terrain and under the map, forcing me to restart the game from the previous checkpoint. There’s no manual save in this game and the game is auto saved during designated checkpoints, which are not made clear to you until you restart. 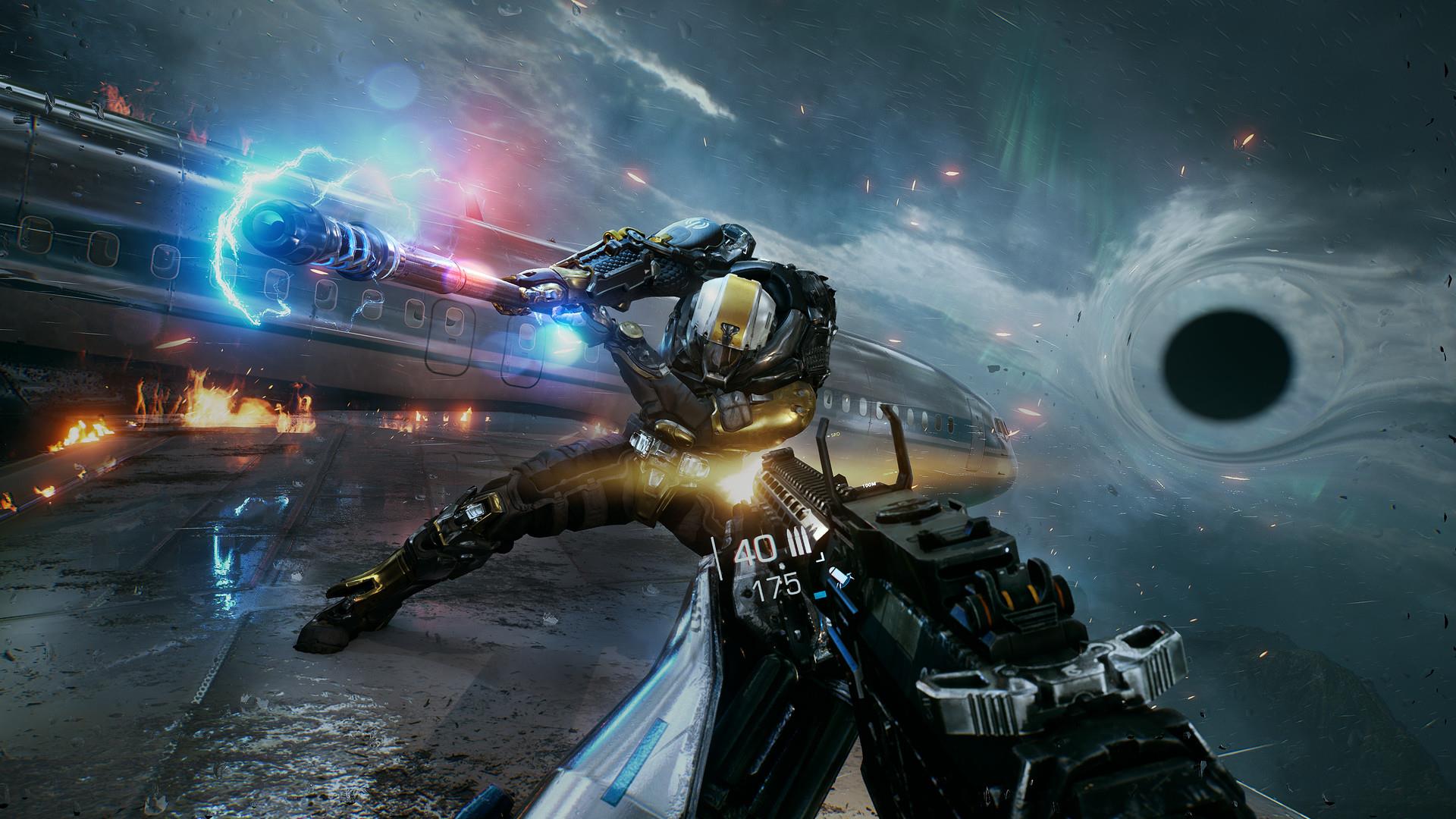 Aside from the need for bug bashing, correct localization, grammar and spelling, the game also contains very odd design choices. Cutscenes are unskippable, even on subsequent playthroughs, forcing you to watch subpar voice acting before you can jump back into the action. In addition, the game introduces 2 types of currency, one to upgrade your weapons and abilities, and the other one for unknown reasons. There’s no dedicated menu to help you learn what this second currency is used for, nor was there any button or prompt for me to spend it. I ended the game with over 200 units of the second currency, completely clueless as to what it was supposed to be used for. There’s 4 different difficulty options offered, but the harder difficulties are artificially implemented. After beating the game on the hardest difficulty, I can confidently say that some of the late game bosses are damage sponges that take upwards of 15 minutes to take down and can wipe you in three hits. Bosses are generally accompanied by mobs that cause frustration and annoyance because they also kill you in a few hits.

Gameplay attempts to combine fast paced first person shooter gameplay with hack and slash melee combat. For the most part, it competently weaves the two genres together. There’s four types of guns, acquired individually as you progress in the story, including an assault rifle, shotgun, pistol, and sniper rifle. Gunplay is crisp and impactful, with each bullet type feeling distinct and powerful in its own way. Each gun also comes with an alternate firing mode, such as the assault rifle shooting homing projectiles and the sniper rifle deploying sticky grenades. Melee combat comes with a slew of upgrades that include sending out wavelike projectiles with each swing and a force grab to launch enemies into the air. There’s a stamina meter tied to your melee attacks, preventing you from spamming your sword or force pull. There’s also a dodge and parry button, for those looking to replicate some soulslike action. Stringing together ranged and melee combos is equal parts satisfying and exhilarating, reminiscent of the Devil May Cry series. 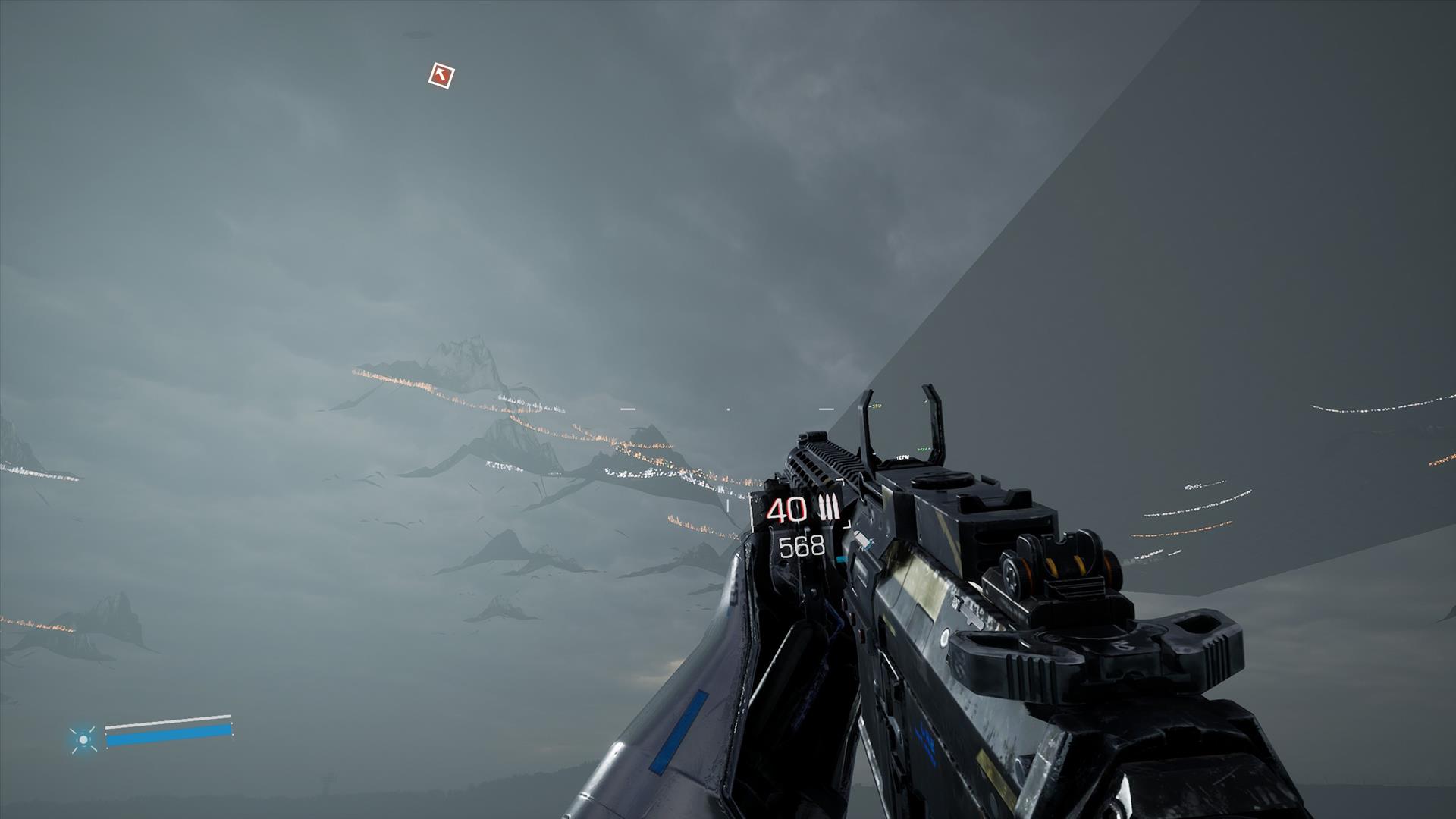 To take a break from the action packed gun and sword play, the game does slow it down with some portions of platforming via jumping and utilizing your grapple hook. The game also has a section where you drive and shoot inside a car, changing things up for a bit. Level design is mostly linear with few side areas for extra ammo or upgrade collectibles.

The game offers different outfits for Shelia and gun skins locked behind clearing harder difficulty modes or purchasing them with real life money. These serve as cosmetic purposes only and do not provide any benefit in combat as it is more of a way to support the developer. There is a new game plus mode that carries over all the guns and upgrades, so the game does contain a certain amount of replayability. Thankfully there is a chapter select because the game is fun enough to warrant another playthrough. 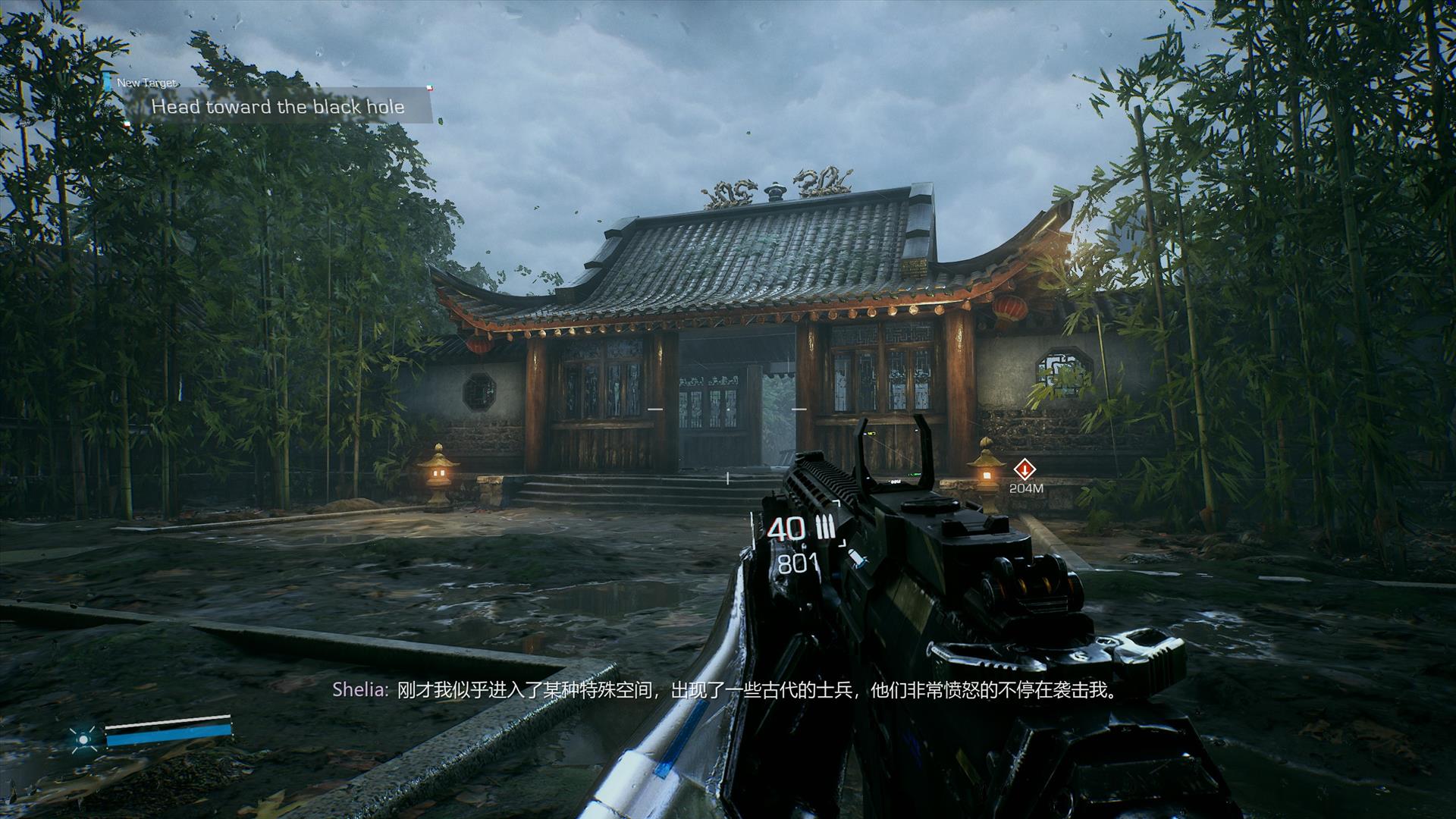 By no means is Bright Memory Infinite a bad game. Its impeccable visual fidelity paired with its satisfying hybrid gun sword combat make it a blast to play at times. However, the artificial difficulty, hilariously bad voice acting, extremely short play time, and inherent lack of quality assurance make it a title that is difficult to recommend at a full price. It’s a step up from the episodic demo released last year, but definitely falls short of all expectations. There’s a lot of heart in a game developed by one person, and I can only imagine a bright future for the Bright Memory series.

Bright Memory Infinite is still at best a visual tech demo. It's lack of quality of life updates and extremely short play time still makes me wonder if this was the full game to begin with. Still, the gun blasting and blade swinging action is bombastically fun. After all, this game was developed by one person alone. So kudos to Zeng Xian Cheng.