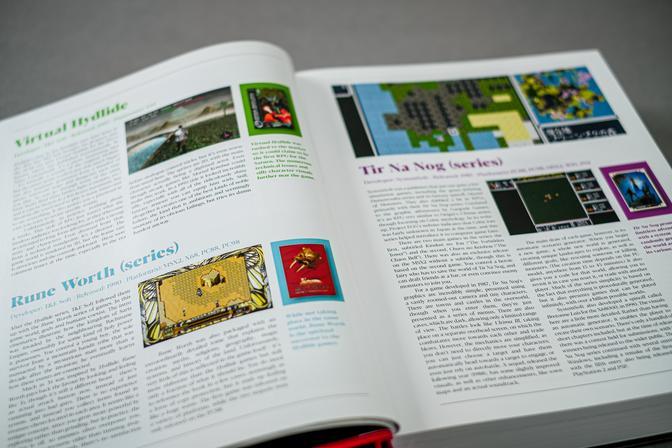 A Guide to Japanese Role-Playing Games

Written by Elliot Hilderbrand on 11/8/2021 for
More On: A Guide to Japanese Role-Playing Games

If I had to pick only one genre of video game to play for the rest of my life I would easily go with Japanese role-playing games, and there’s a handful of reasons why. The overall length of the games, the stories, the turn based fighting, almost everything about the genre is my cup of tea. When I stumbled upon a book about the genre I was immediately drawn to it. A Guide to Japanese Role-Playing Games is from Bitmap Books, a UK-based outfit that deals in high-quality books about retro games. Bitmap covers a wide selection of books about video games, with contributions from all over the globe. I’ve been enjoying the last couple of weeks with my copy, and I think most others who are into JRPGs will as well. 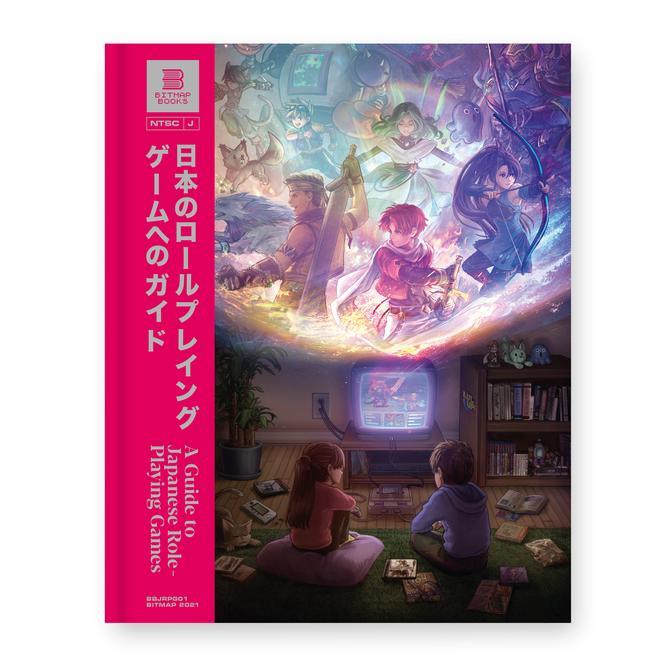 The book comes in at 652 pages, and covers over 600 games, starting with games from 1984 all the way up to the games of today. While I’m unsure if they mention every single JRPG in existence, they certainly hit all the big ones, the book boasts that they talk about the,  “...best, most popular, and most interesting titles released since their inception in 1982.” And I completely agree. There are many games I’m familiar with from playing, to games I’ve heard about but never got around to playing, and plenty of games that I never even knew existed. The biggest problem with reading this book is the massive list of JRPGs that I now have in my backlog of titles to get to. So many in fact I could probably work on the list I got from reading for the rest of my life. 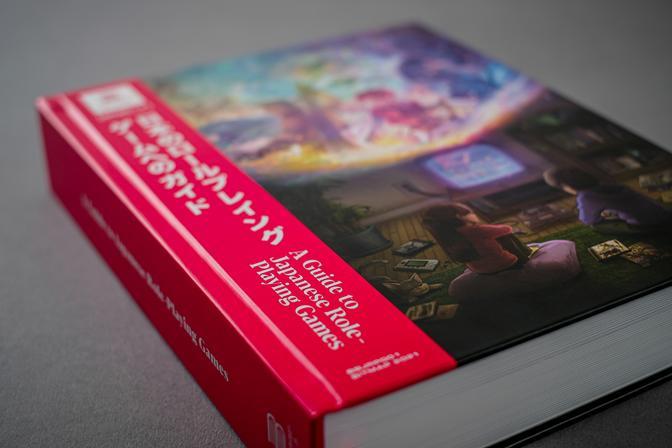 The quality of the book is really great. Packing 652 pages makes this thing feel a bit like an oversized bible with its build. However, the pages feel like something you would find in a well made school text book. Not super glossy, but they can hold up to a little strain. For the two weeks I had with the book before starting my review I took my book back and forth to a handful of places, and found that the book looks about the same as when I received it in the mail. This is a well-constructed tome. 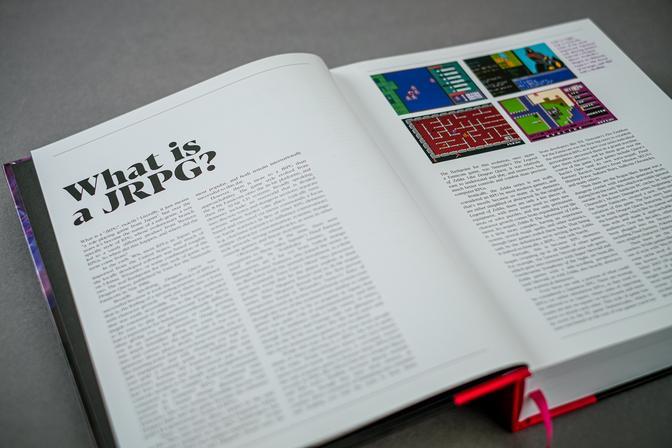 When you open up the book you can see that there are a handful of contributors to the title. Over 30 people in fact. While I enjoyed most of the entries I read, I did find that the writing style can vary from entry to entry. Being a writer I hate judging someone else’s writing. I’ll say I never found an entry I read to be terrible, but some were more enjoyable to read than others. I found a handful to be a bit wittier, or writers who came off as more informed about the game they were talking about. As for the quality of the articles, I can’t even begin to comment on many of the games listed, and whether or not they’re accurate. I can say the ones I did read where I had played the game or series were very accurate. I never found a fact made in the book that I had knowledge of being inaccurate.

When it comes to the games in the book, Bitmap has covered every conceivable JRPG that I could have come up with. I’m sure I knew there were this many titles in the genre, but when it is put on the page right in front of me, the sum of the genre is deeply impressive. The book can feel a little overwhelming when looking at it as a whole. I recommended starting at the beginning, but you don’t need to read this book from cover to cover like a traditional book.. At the start you get an overview and history of the genre, and then in the meat of the book you get the games. Once I finished the first handful of chapters I began to move through the book in a non-linear way, reading what I found most interesting first, like entries about monster-collecting games. Instead of thinking about this as a traditional book it’s probably better served to think of it as a coffee table book. Short viewings, finding something that interests you and reading about it before going about with your day. 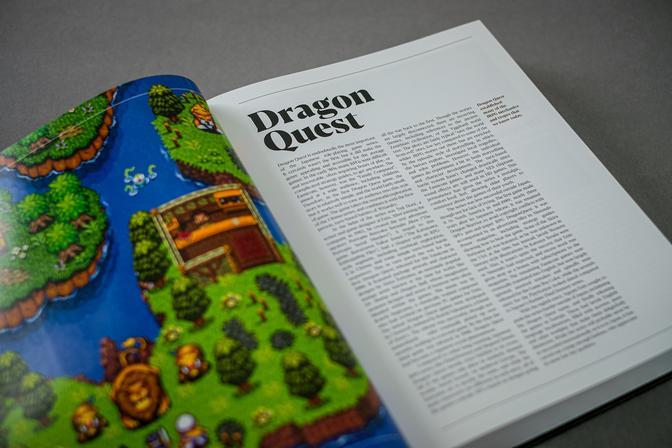 A Guide to Japanese Role-Playing Games starts out with a brief introduction, explaining a bit of what to expect. After that you get a history lesson on the evolution of the genre, beginning in the 1980s with the computer, then the 8-bit era, 16, 32, PlayStation 2 and Game Boy Advance, and finally to the modern era of JRPGs. Other chapters talk about localization, soundtracks, anime, and styles of JRPGs. I found the first chapters interesting to learn about the history of the genre. There were a ton of factoids; I knew nothing about much of what I was reading. For example, I never knew that Xanadu, released on the Falcom in 1985 was the first JRPG to be adapted into an anime. Overall there was a lot to learn about where the genre had come from. 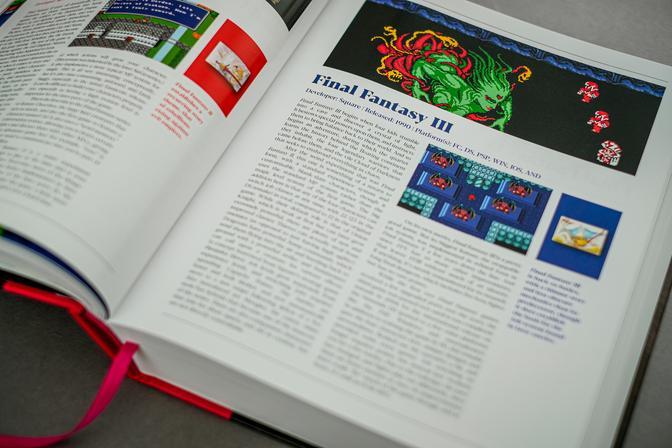 The meat of the book though lies in the showing off the large plethora of games it covers. Instead of covering games based on the year, A Guide to Japanese Role-Playing Games breaks them up into the types of JRPGs there are. 14 pages are dedicated to the Dragon Quest series of games. Some games get several pages of coverage, some only a single page, and lesser known games get half a page. Every game is also given at least one screenshot, if not a handful to help give you a look into the style of game being talked about. I thought I knew a good deal about the Final Fantasy series, but learning about actual Final Fantasy, and then Final Fantasy Adventures, and all the spin-offs in between was a good read. I would have liked to see some of the games I was interested in get a little more coverage, but overall found they gave the right amount of pages to most games. It's going to be subjective - we all had different interests. 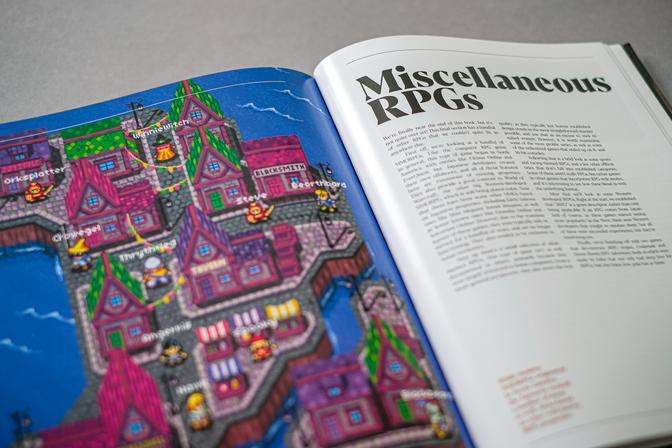 Another feature that I enjoyed were the spoiler warnings. A handful of entries I read gave a warning ahead of time before going on a deep dive. When so many JRPGs place the story of the game as a major reason for playing, I was happy to see an attempt to not ruin it for people who may be interested in the game without destroying the story.

I found myself learning a lot from reading A Guide to Japanese Role-Playing Games. I think people who are big fans of the genre will as well. The book is well made, standing up to my travels taking the book back and forth. I’m sure I’ll find myself looking through this book on a rainy Sunday and still learning, or finding a game that has piqued my interest for some time to come. This is the type of coffee table book I’m interested in, and I hope it will entice friends who come over to take a look through the book. 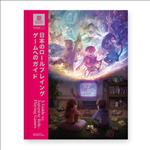